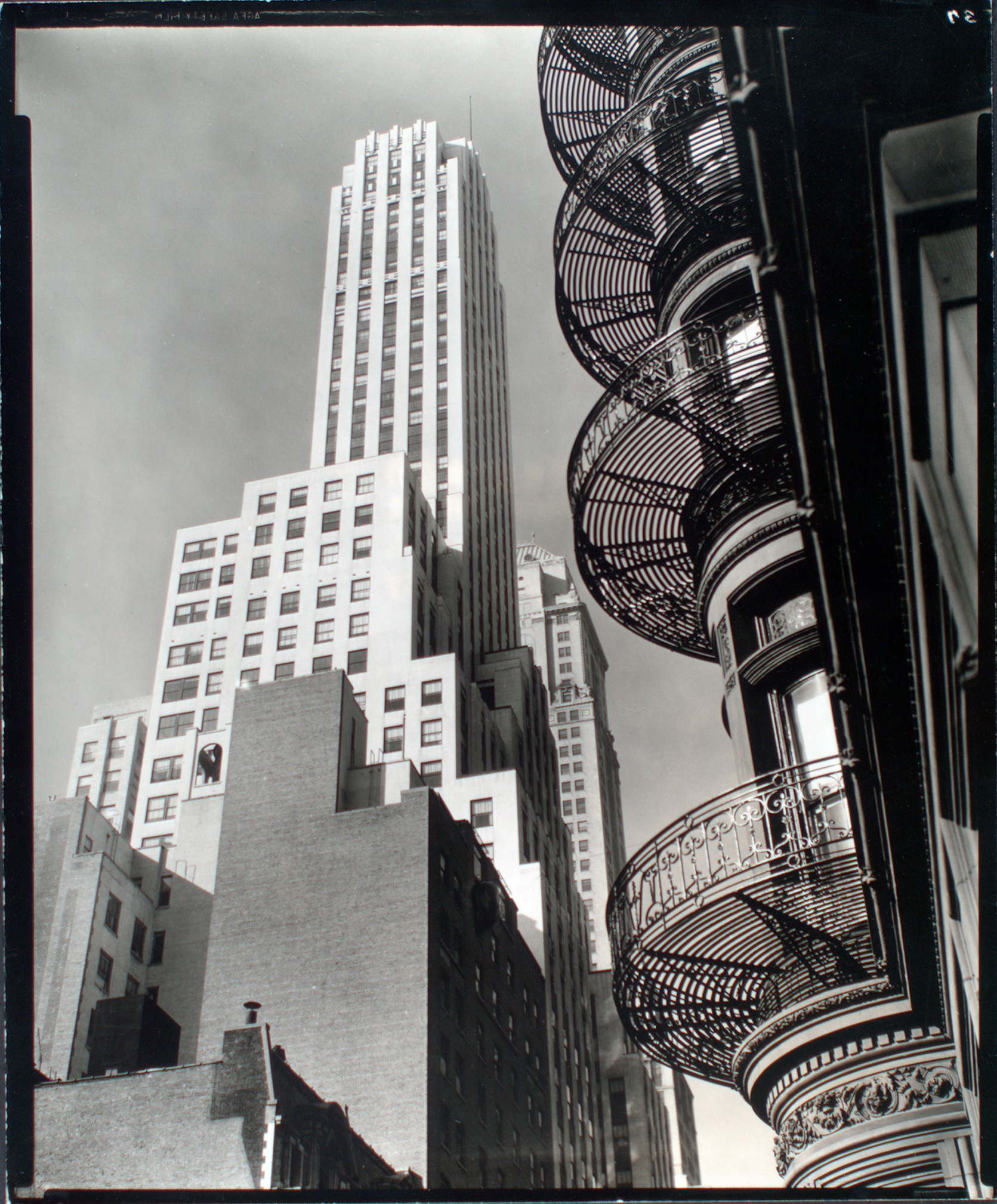 Abbott was born in Springfield, Ohio and raised by her divorced mother. She went to Ohio State University for two semesters, but left in early 1918 spending two years studying sculpture in Paris and Berlin. She studied at the Académie de la Grande Chaumiere in Paris and the Prussian Academy of Arts in Berlin. During this time, and after it was suggested by the writer Djuna Barnes, she adopted the French spelling of her first name, “Berenice”.

Abbott first became involved with photography in 1923, when, according to wikipedia, Man Ray hired her as a darkroom assistant at his portrait studio in Montparnasse. Later, she wrote: “I took to photography like a duck to water. I never wanted to do anything else.”

Portrait of Berenice Abbott, by Man Ray in 1925.

In early 1929, Abbott visited New York City and she immediately saw its photographic potential. She returned to Paris, closed up her studio, and returned to New York in September. Her work has provided a historical chronicle of many now-destroyed buildings and neighbourhoods of Manhattan. In 1935, however, Abbott was hired by the Federal Art Project (FAP)[2] as a project supervisor for her “Changing New York” project. By the time she resigned from the FAP in 1939, she had produced 305 photographs that were then deposited at the Museum of the City of New York.

In 1935, Abbott moved into a Greenwich Village loft with the art critic Elizabeth McCausland, with whom she lived until McCausland’s death in 1965. The photographer Ralph Steiner once wrote that Abbott’s work was “the greatest collection of photographs of New York City ever made.” 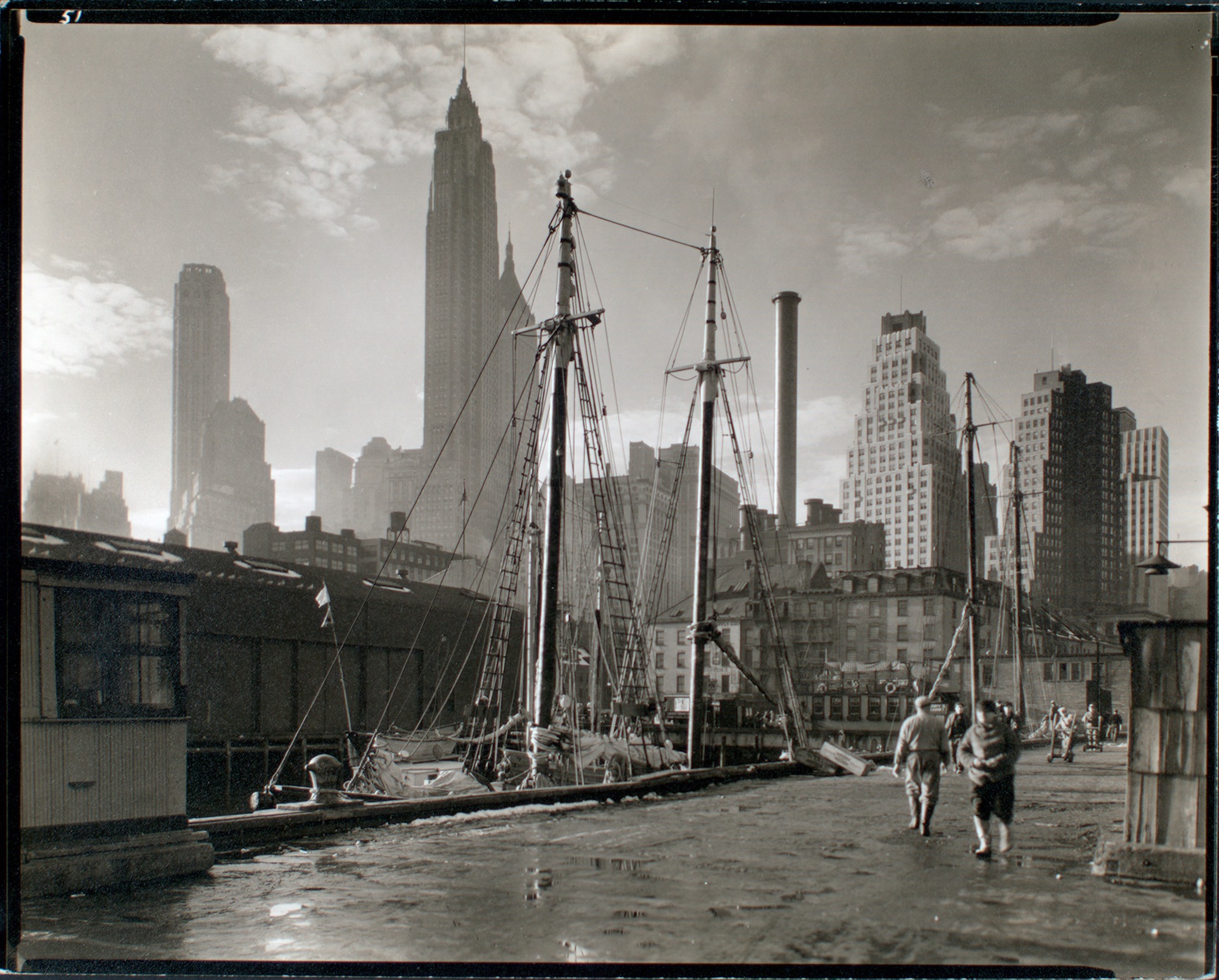 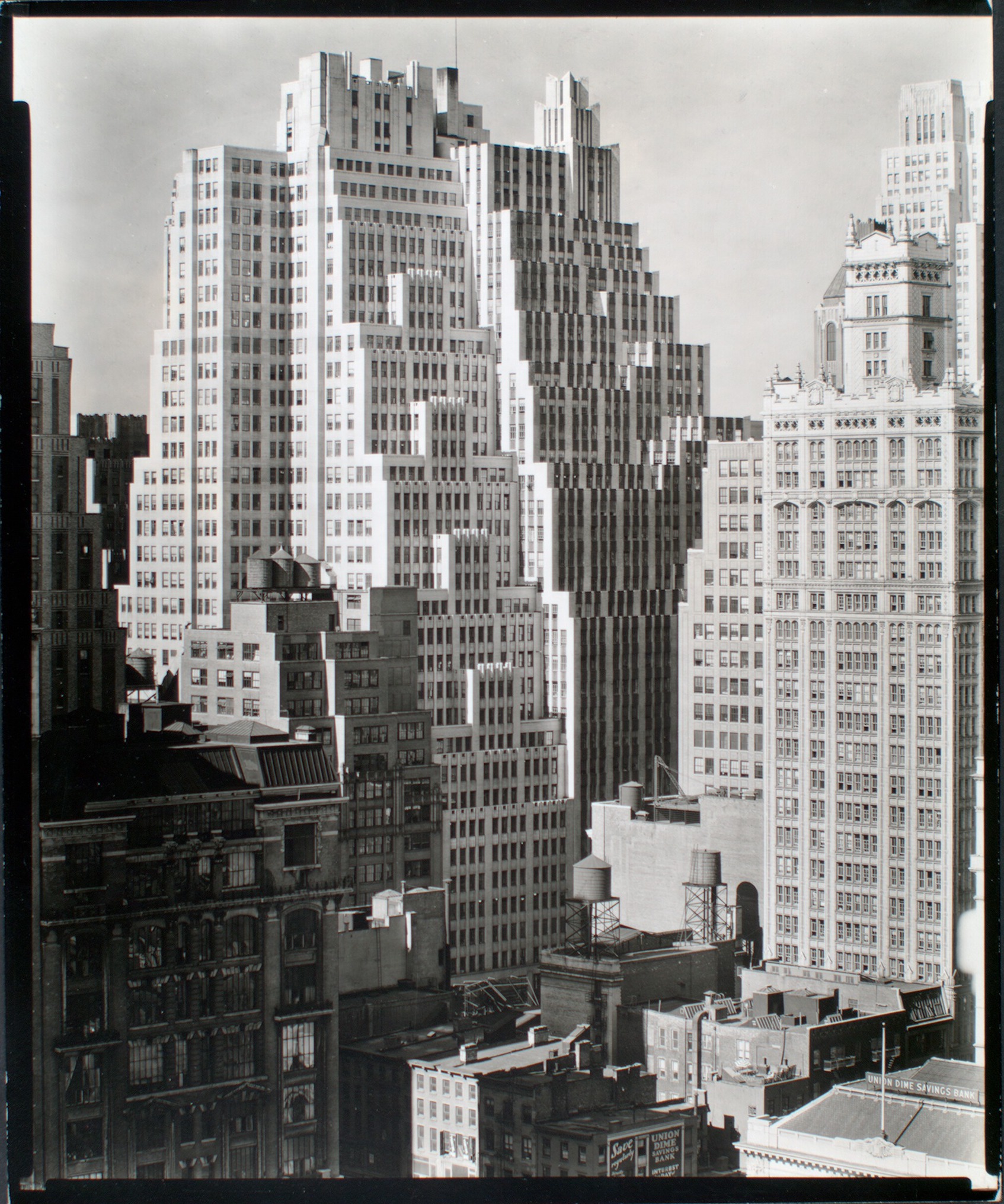 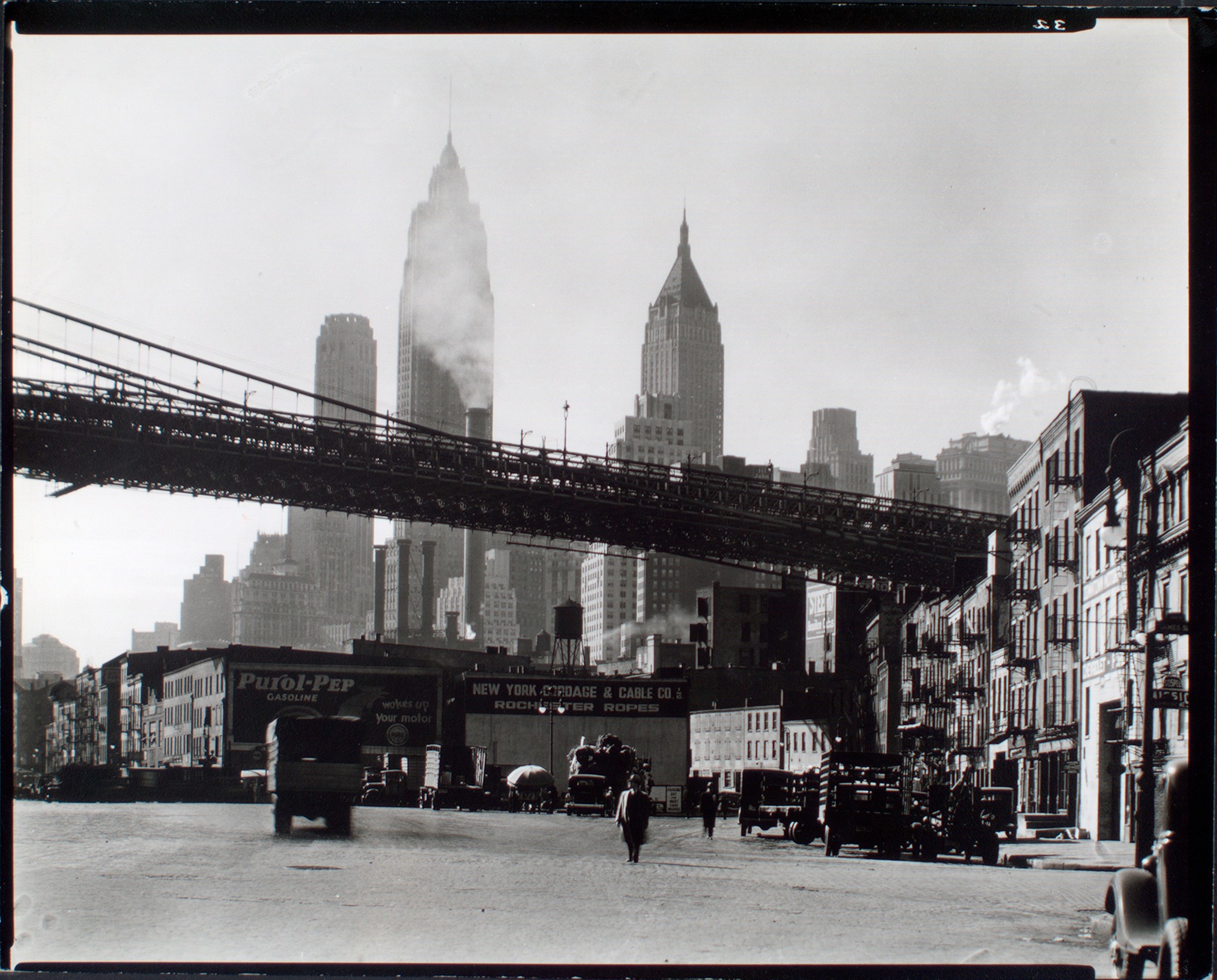 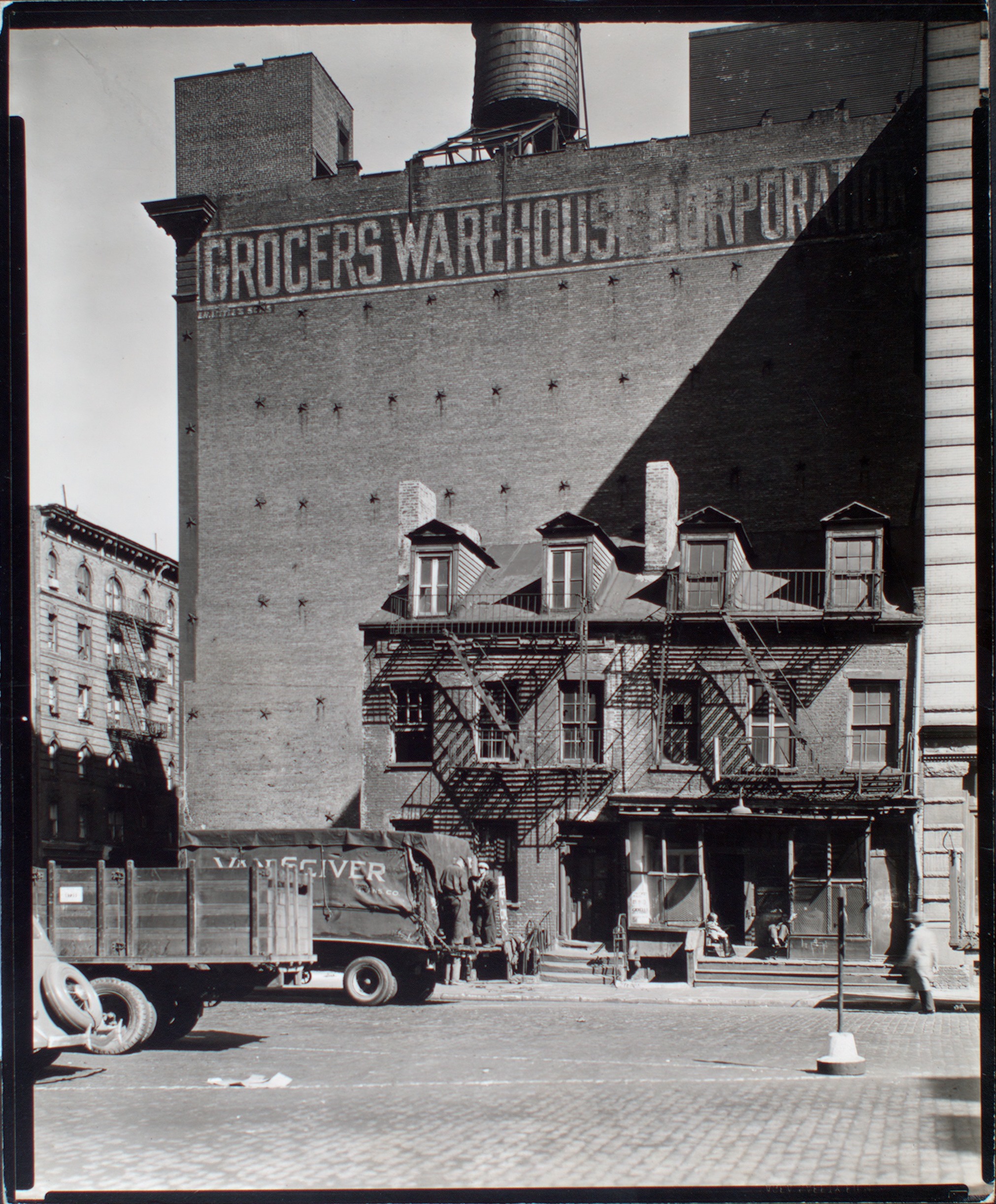 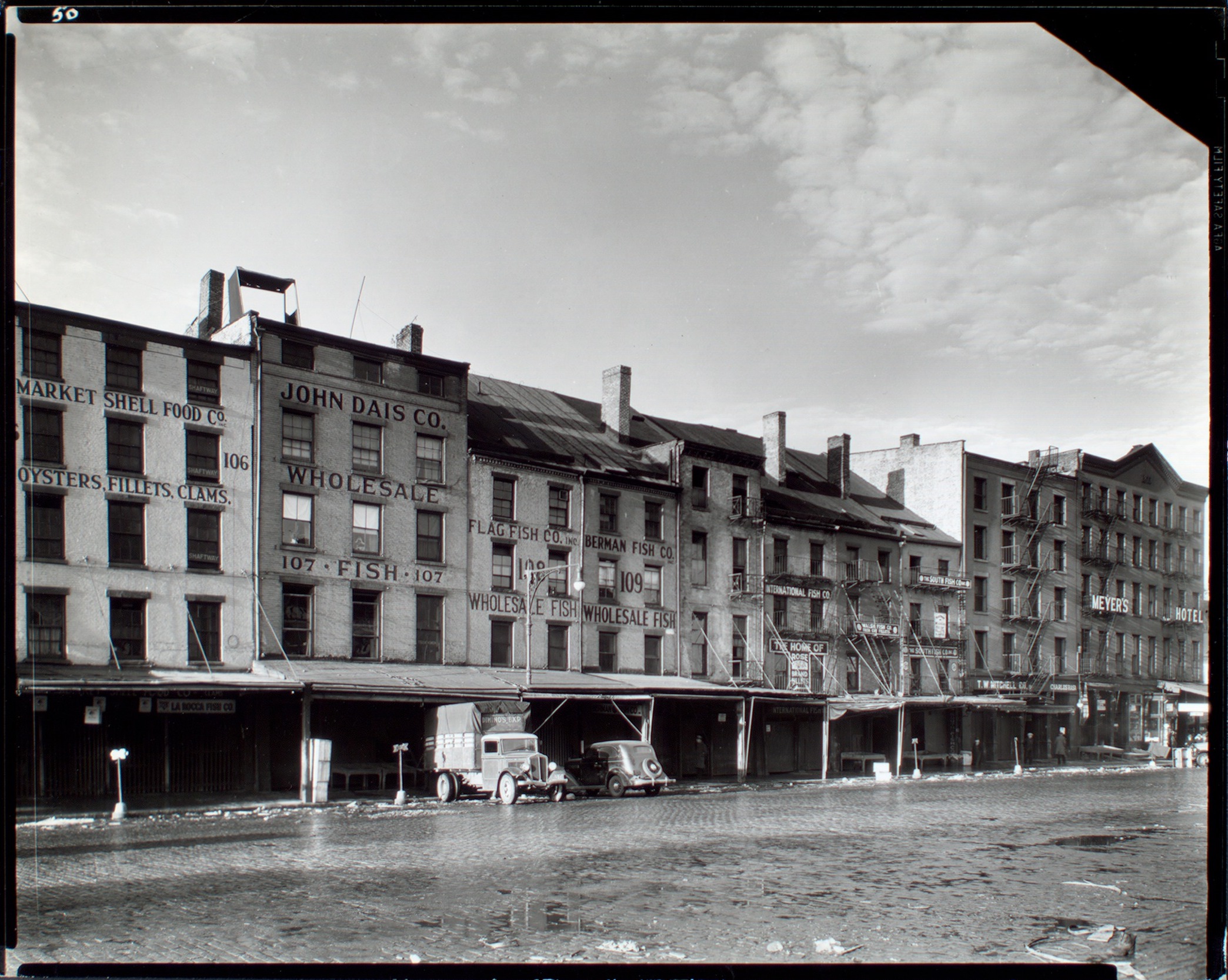 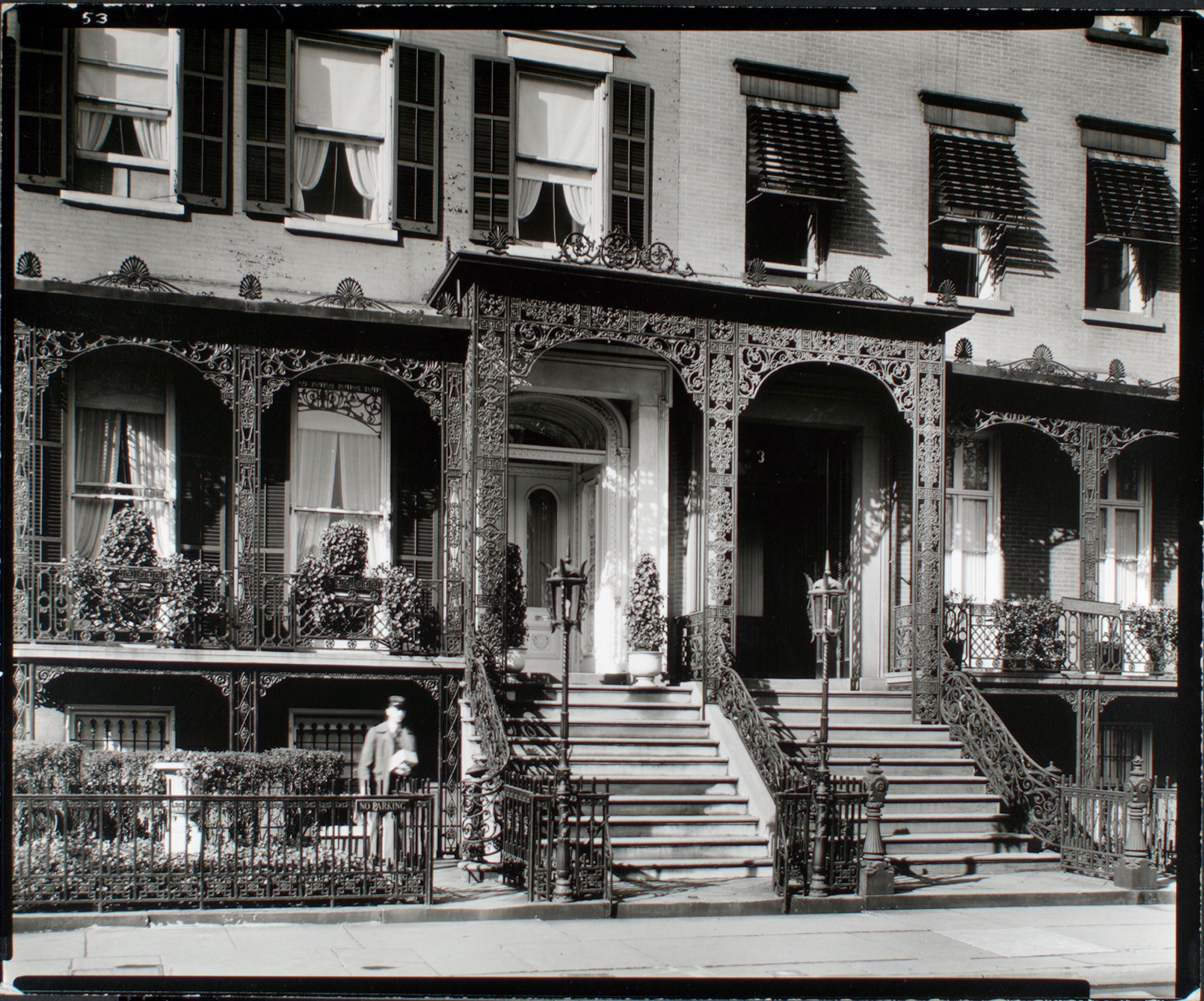 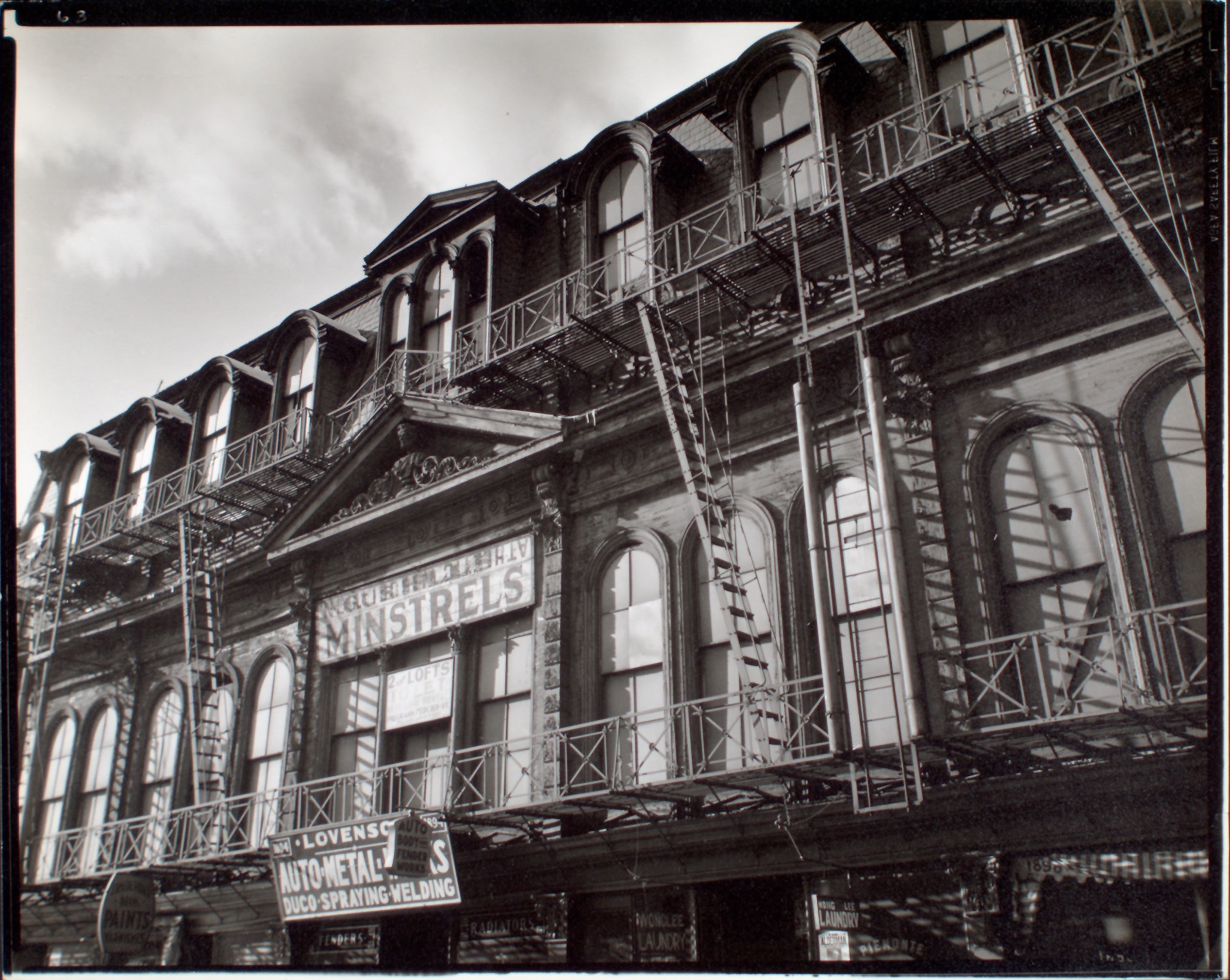 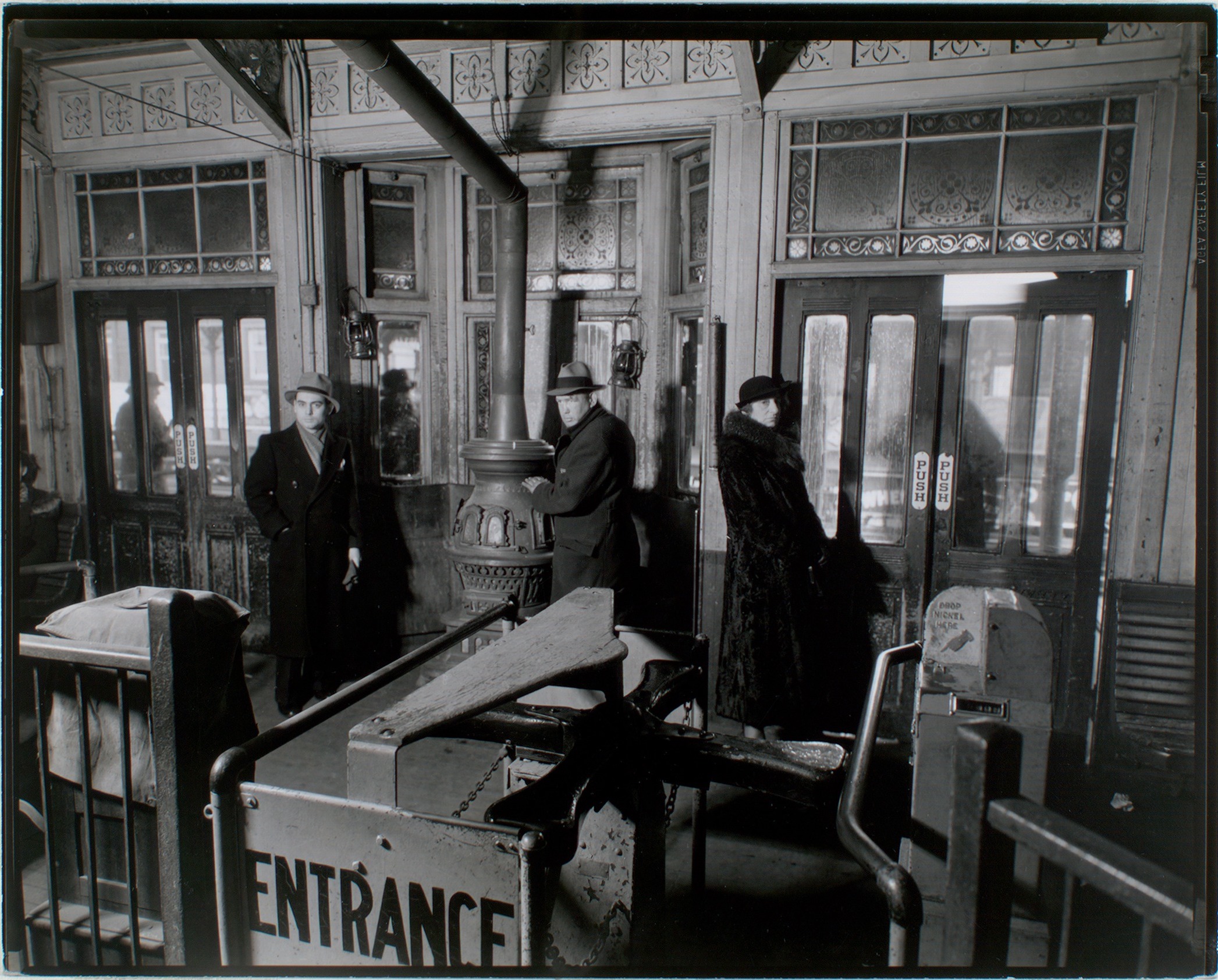 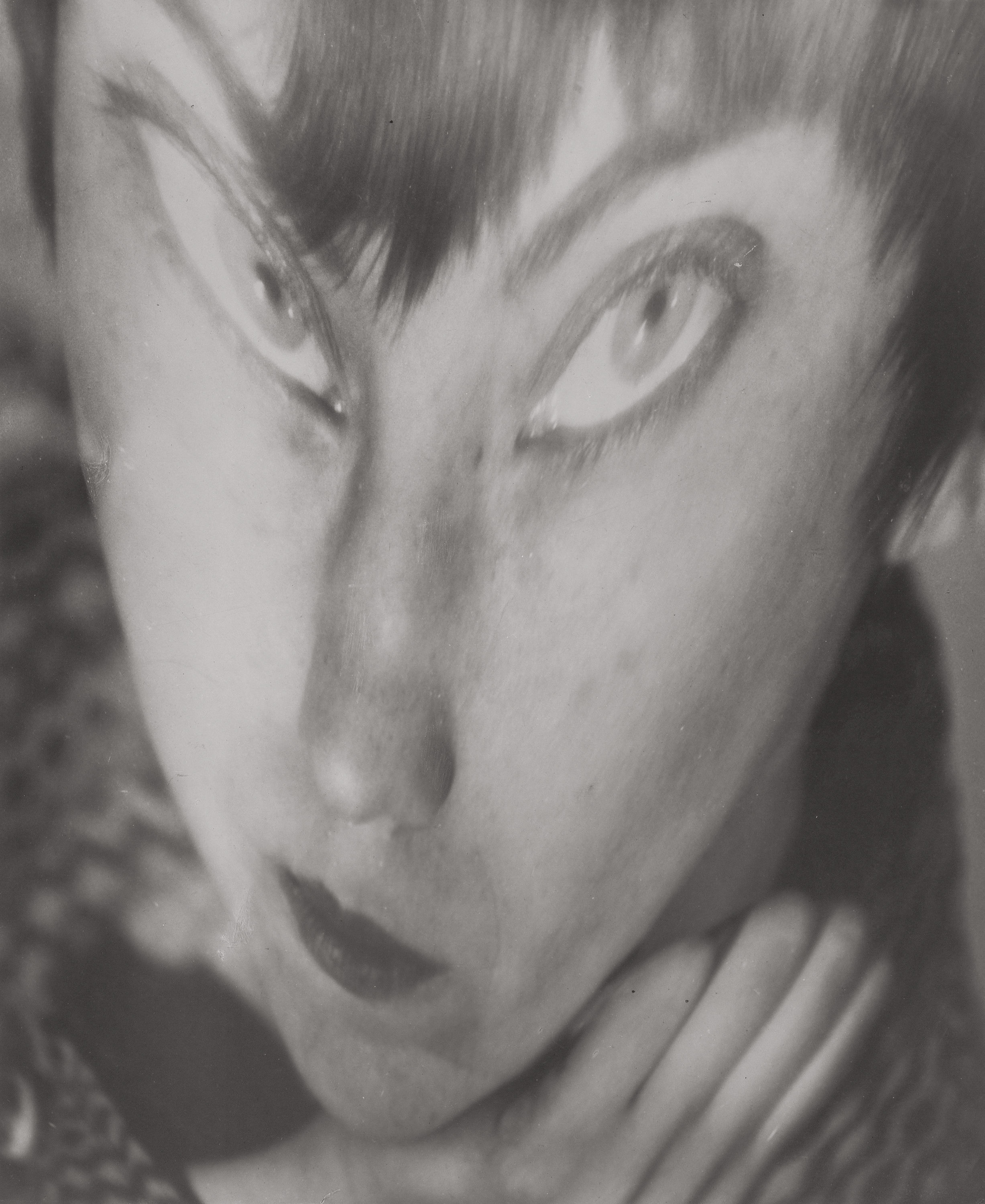 Berenice Abbott, Self Portrait with Distortion, circa 1945 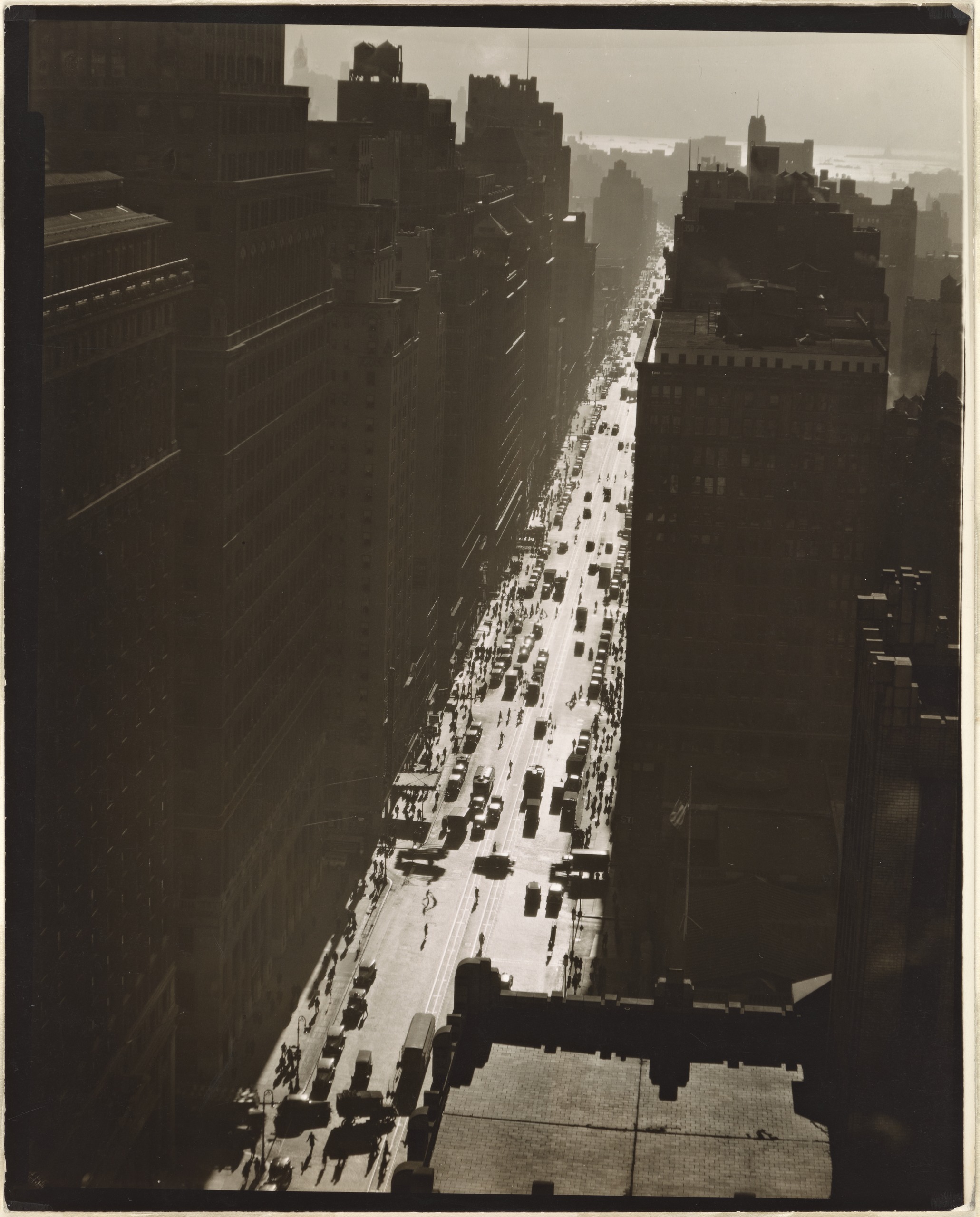 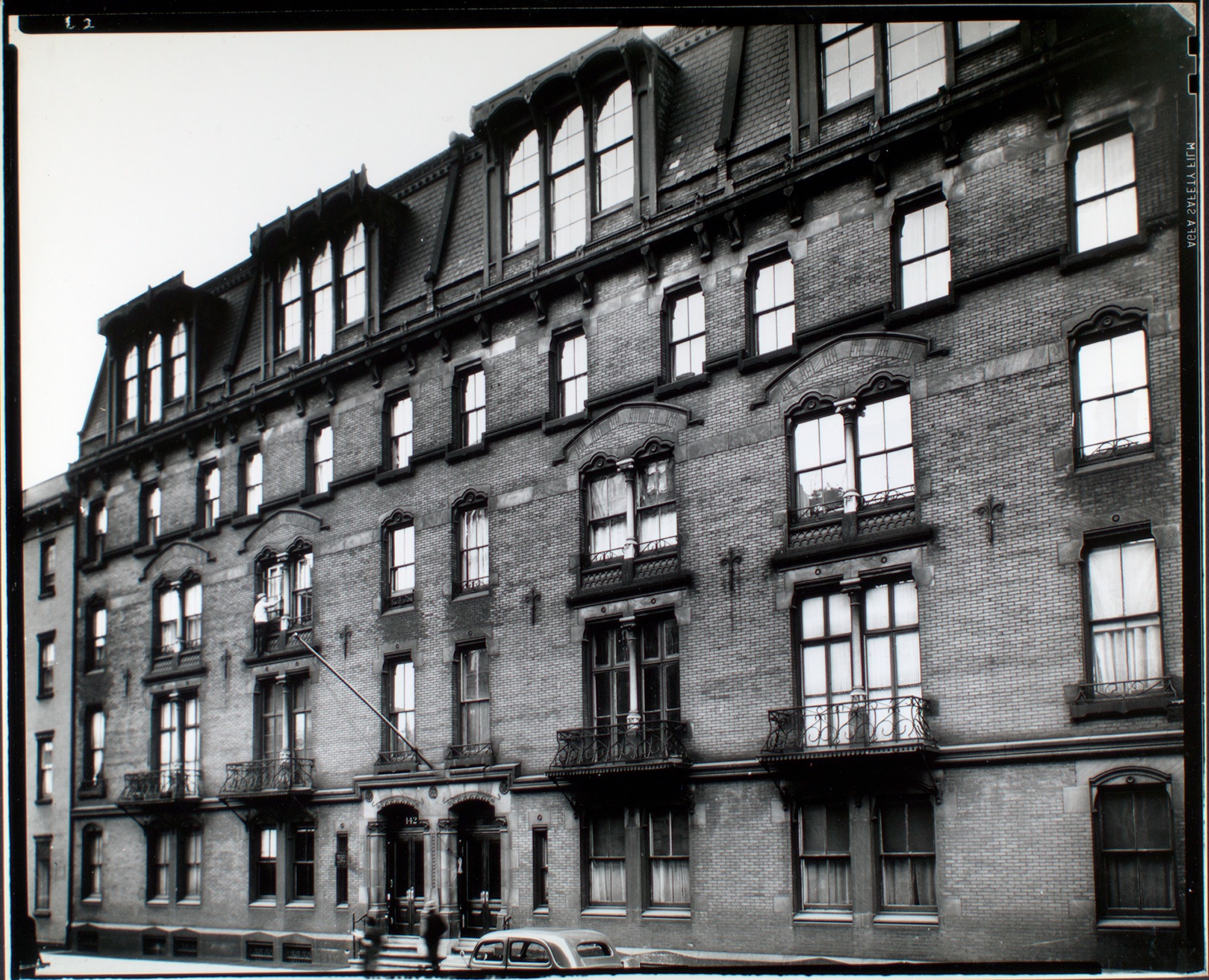 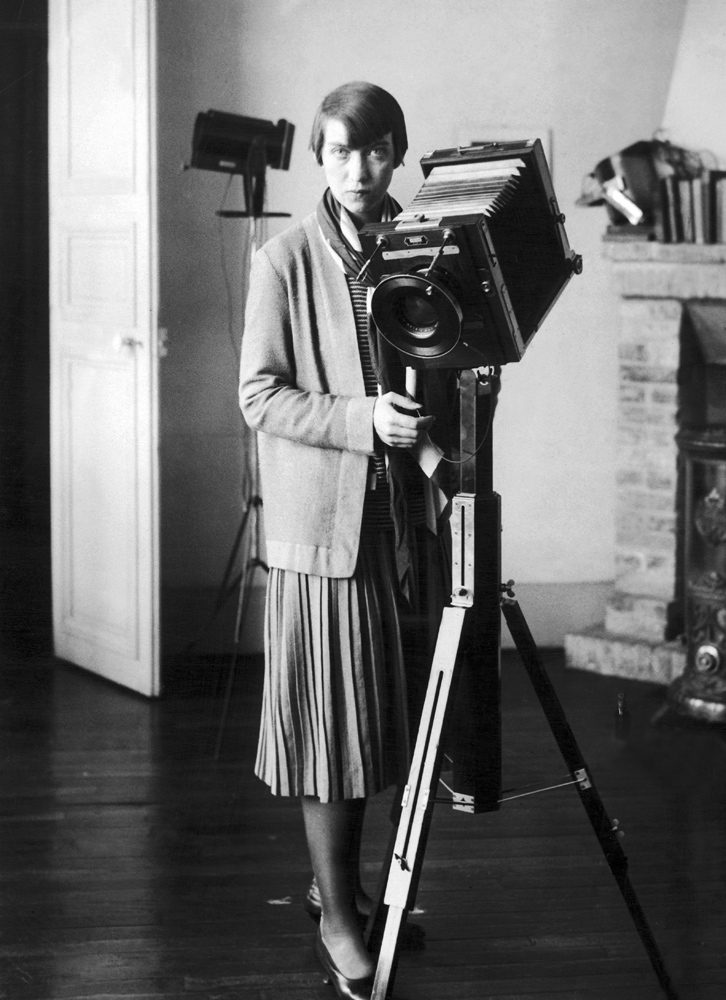 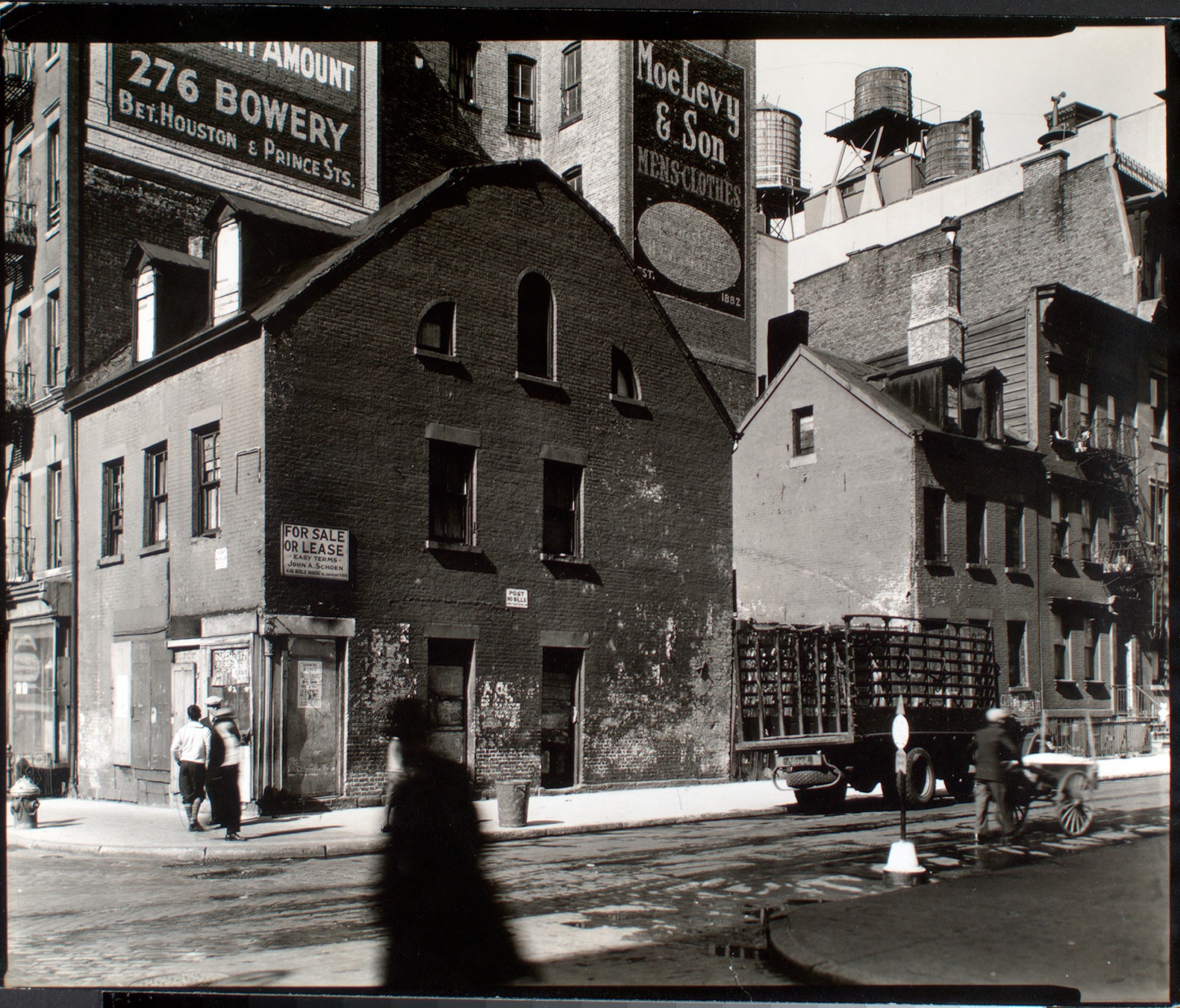 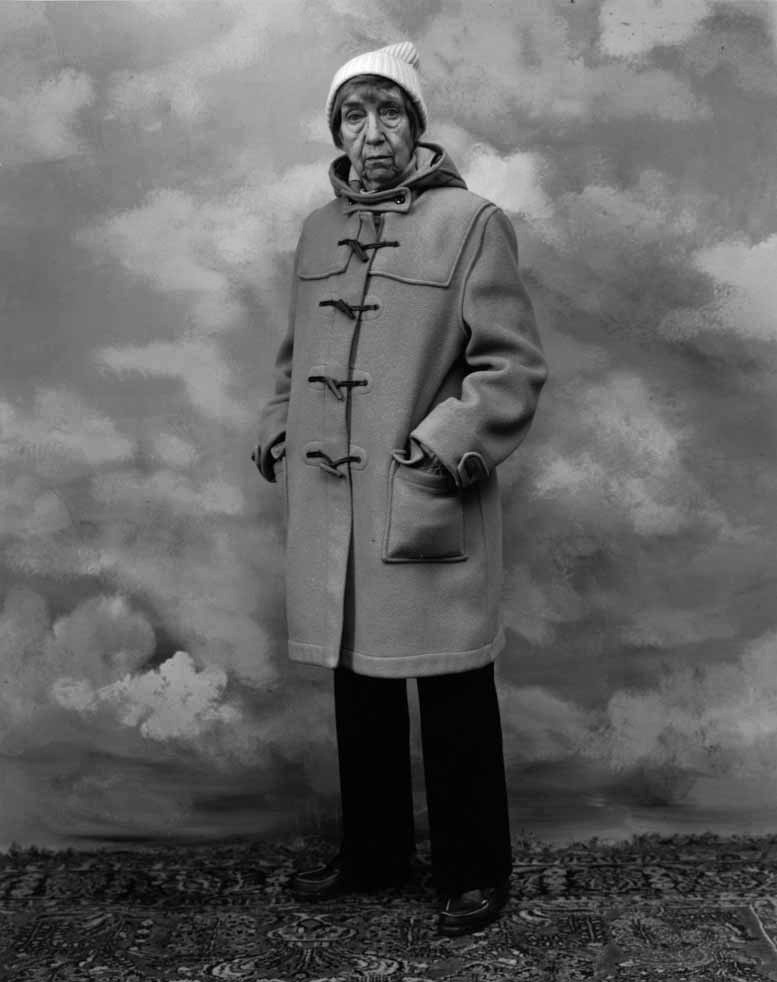