Let’s take a trip back to a day of rabbit ears and analog; back when you manually turned channels, and the TV set weighed more than your sofa.  The screens were smaller, and the reception wasn’t always the best, but we loved our televisions anyway.  Here is a random assortment of pictures of people and their TV sets, before the flat screen, before on-demand streaming, before cordless remotes…. 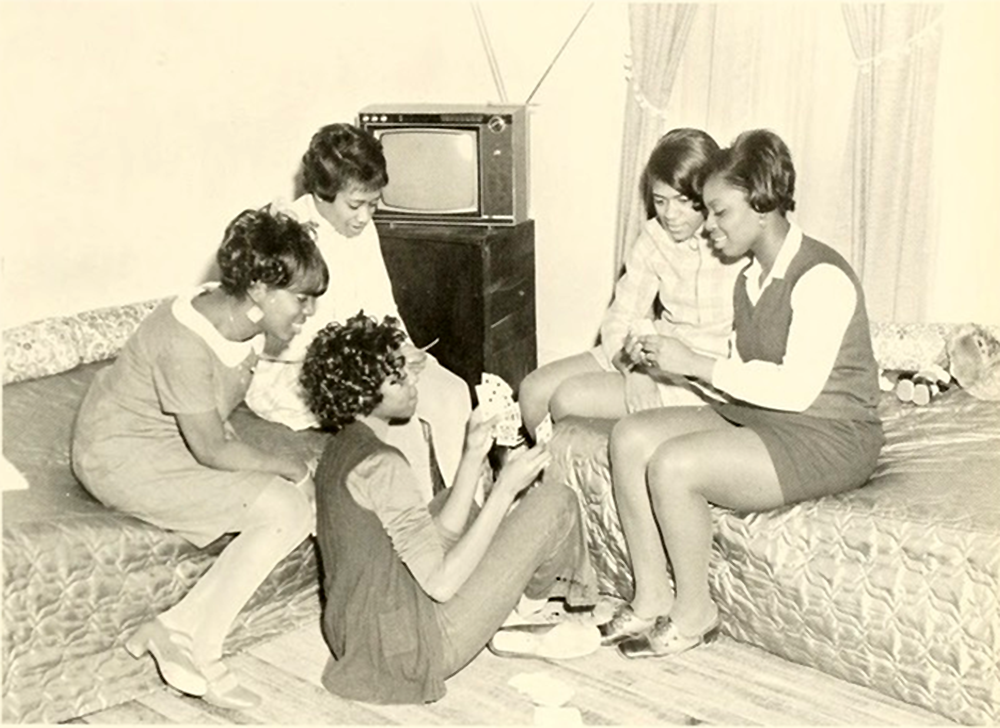 When there’s only three channels to choose from, it’s a lot easier to just turn the tube off and actually engage in human interaction. (the horror!) 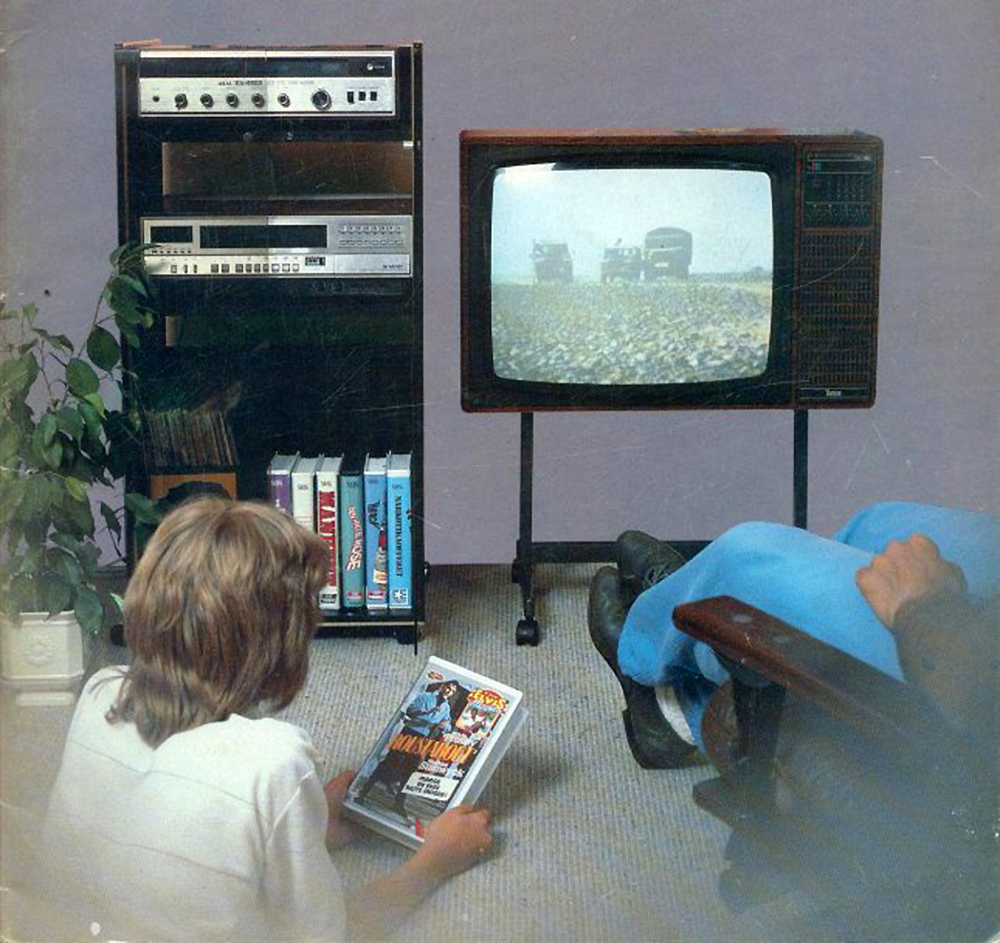 Along comes the video cassette, and suddenly we’re not limited to what the networks have to offer.  We can turn off the Love Boat and pop in an Elvis movie! 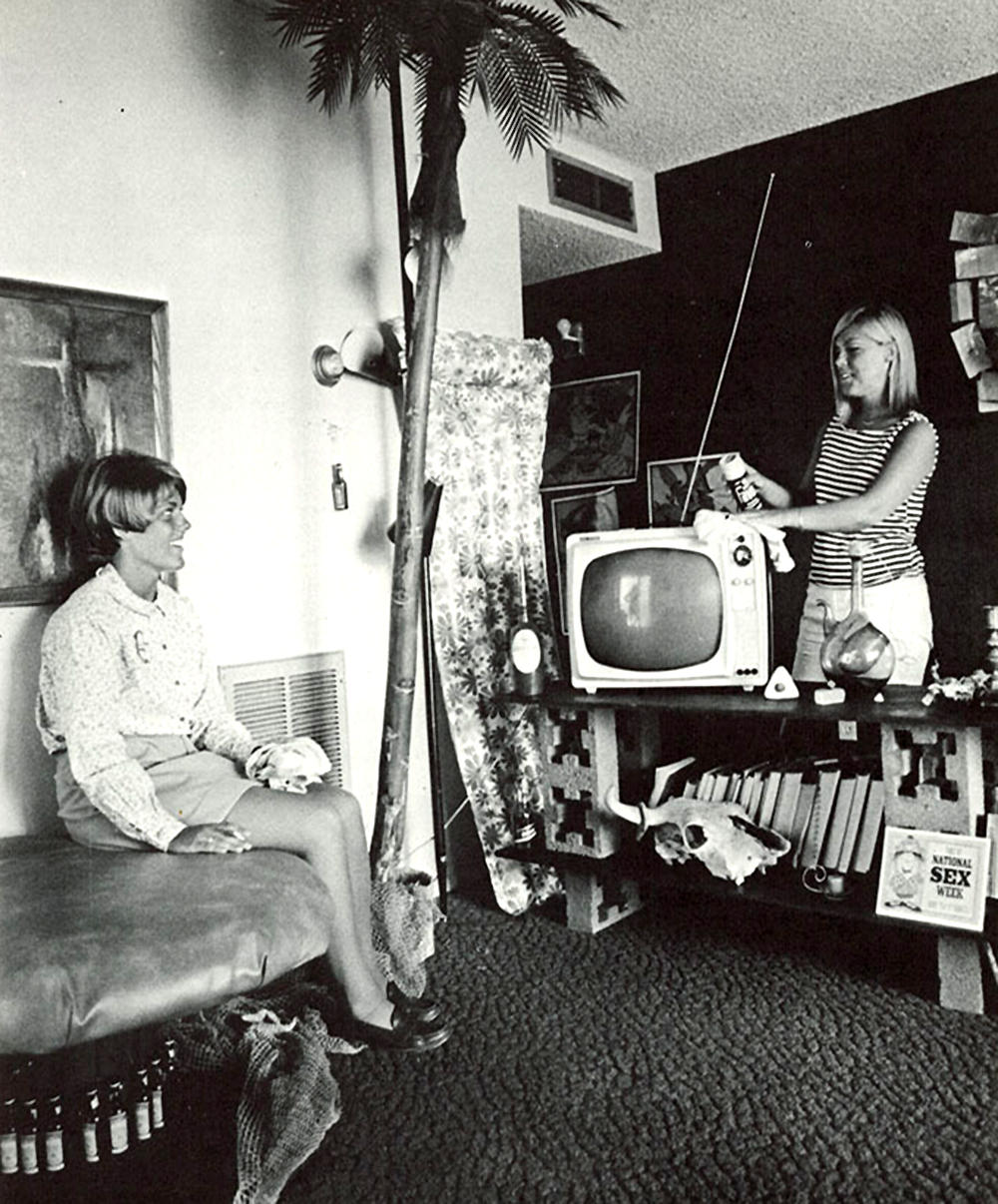 Dusting the television.  I love what they’ve done with the place, especially the beer bottles encircling the seat, and the “National Sex Week” book on display. 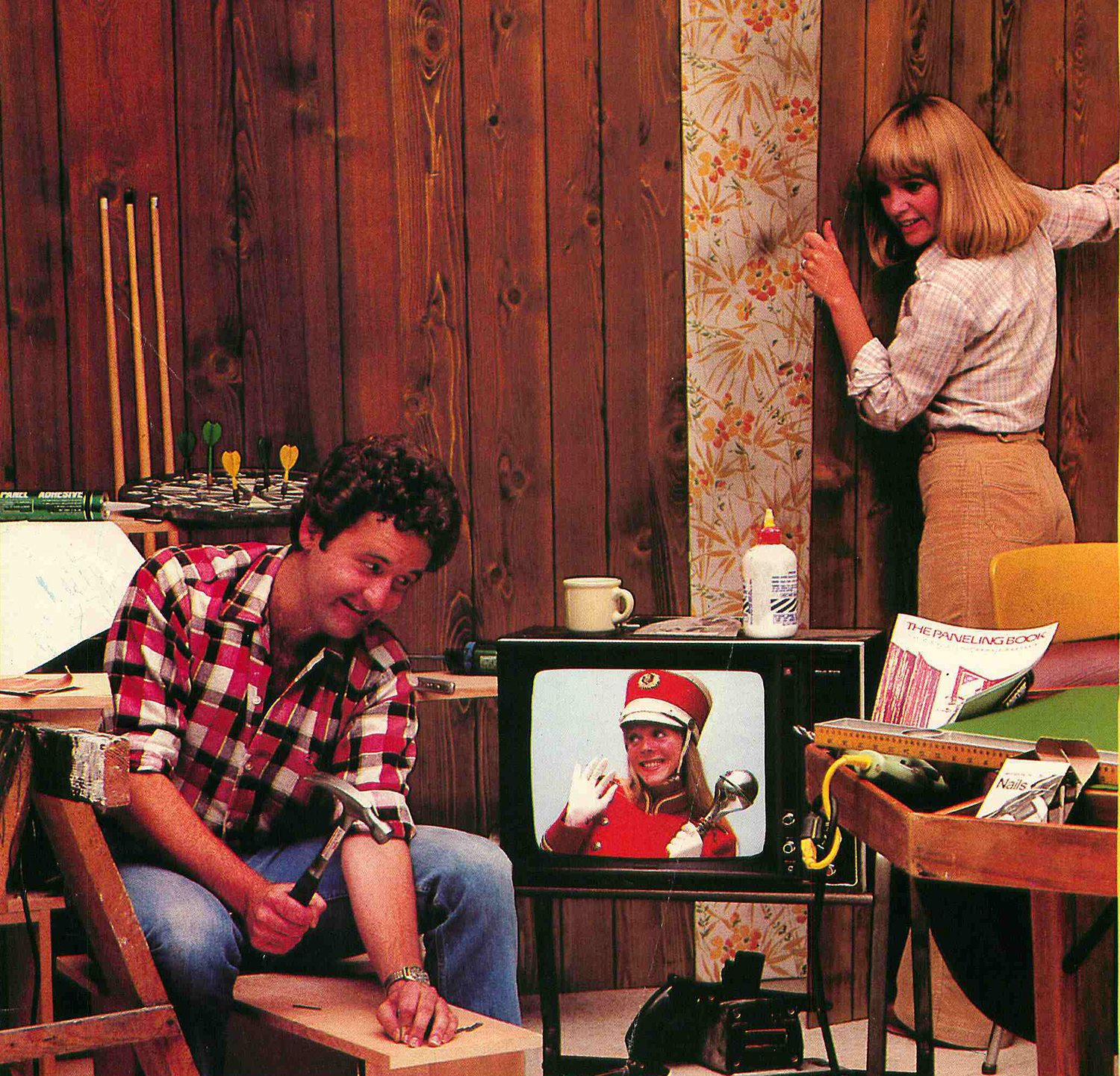 (From a 1979 Georgia Pacific building supply ad)  Looks like this guy needs to take a break from all this hard work… I think he may be hallucinating.  Maybe it’s the varnish fumes – somebody open a window. 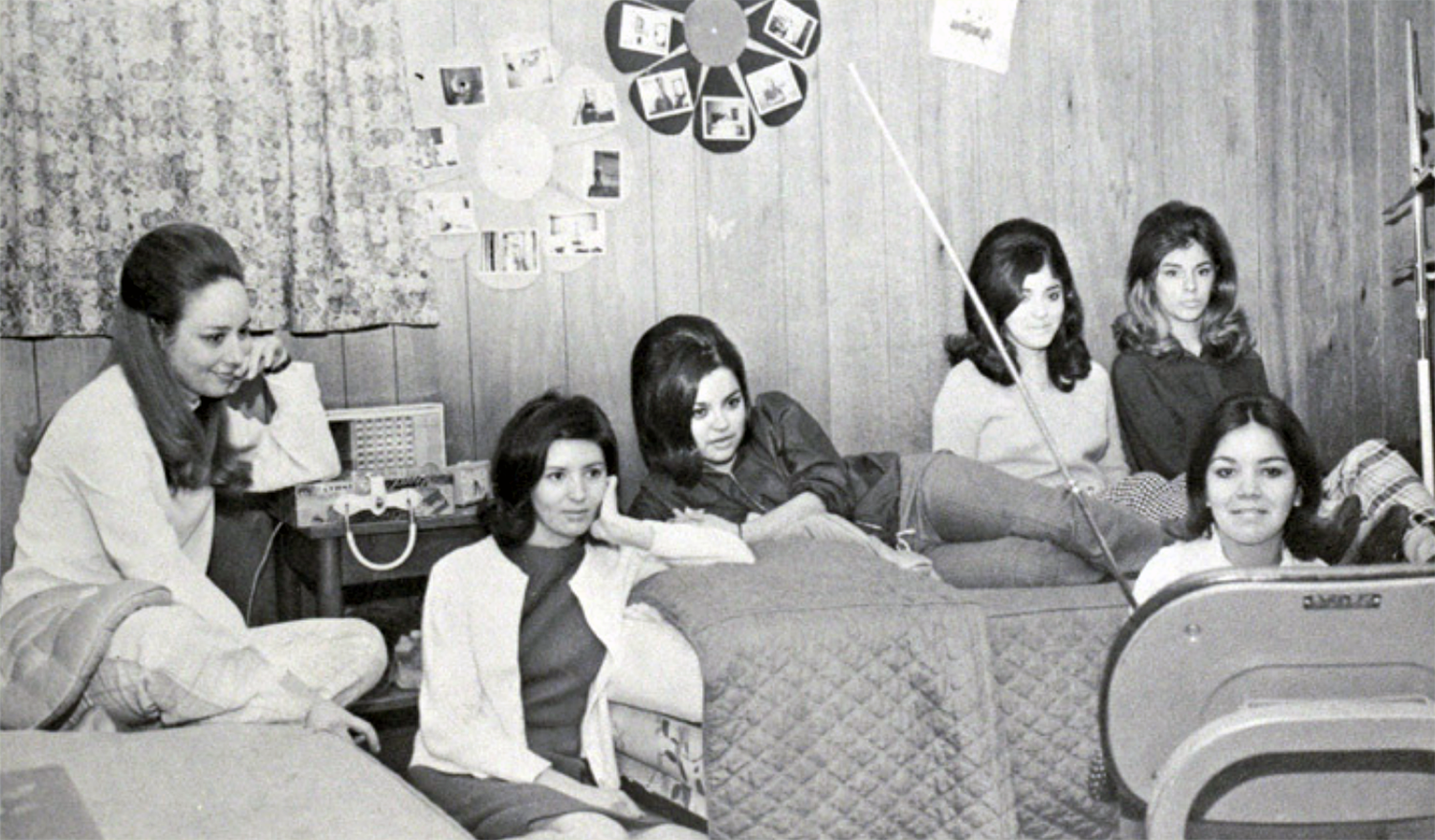 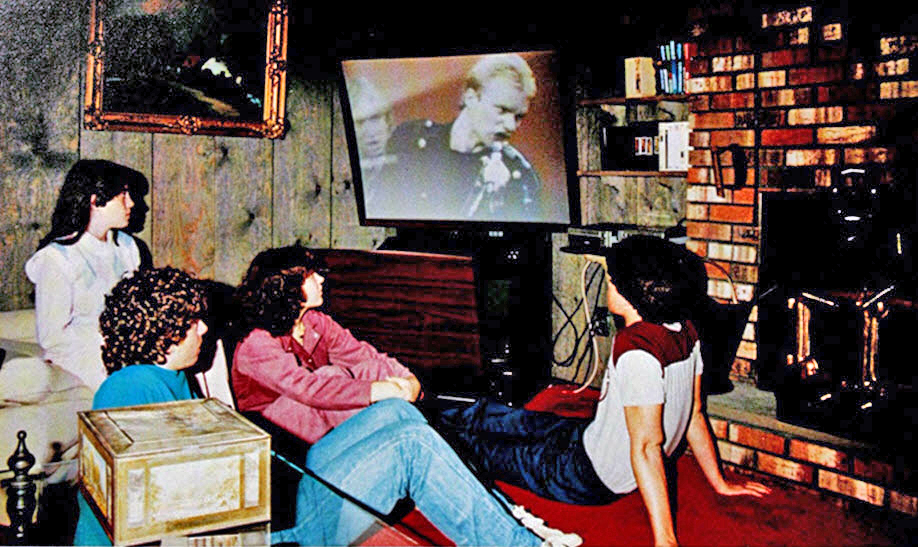 “…Those days are over you don’t have to sell your body to the night….” 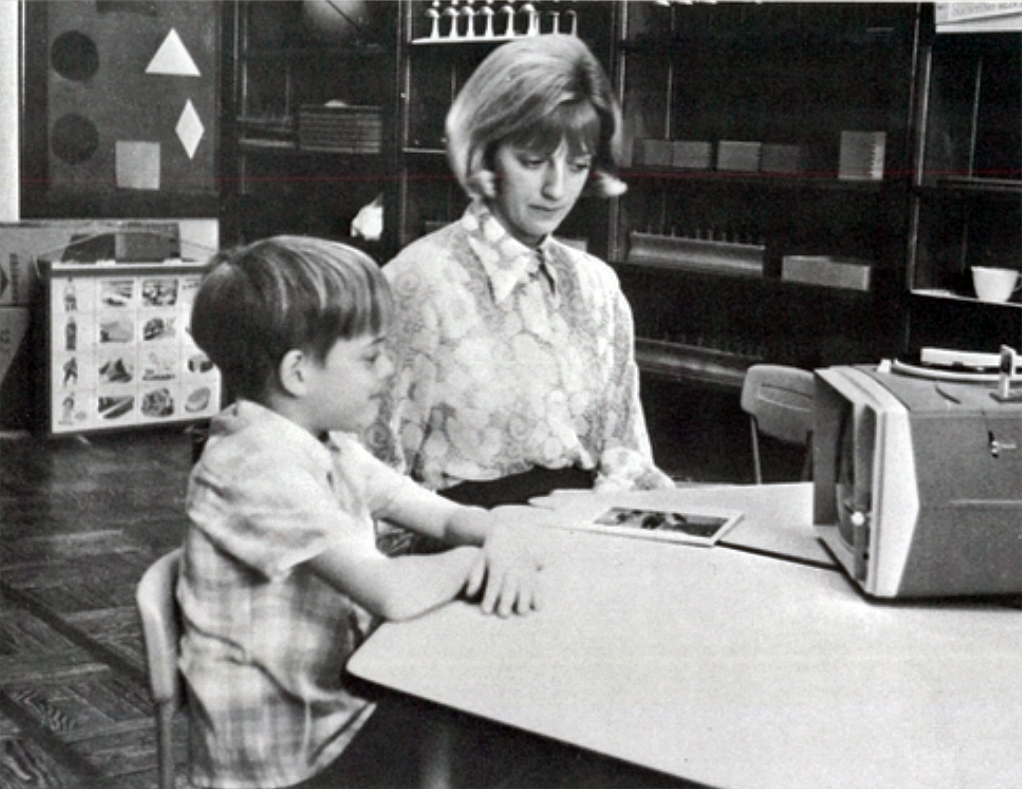 (1971) TV in the classroom – imagine the possibilities! 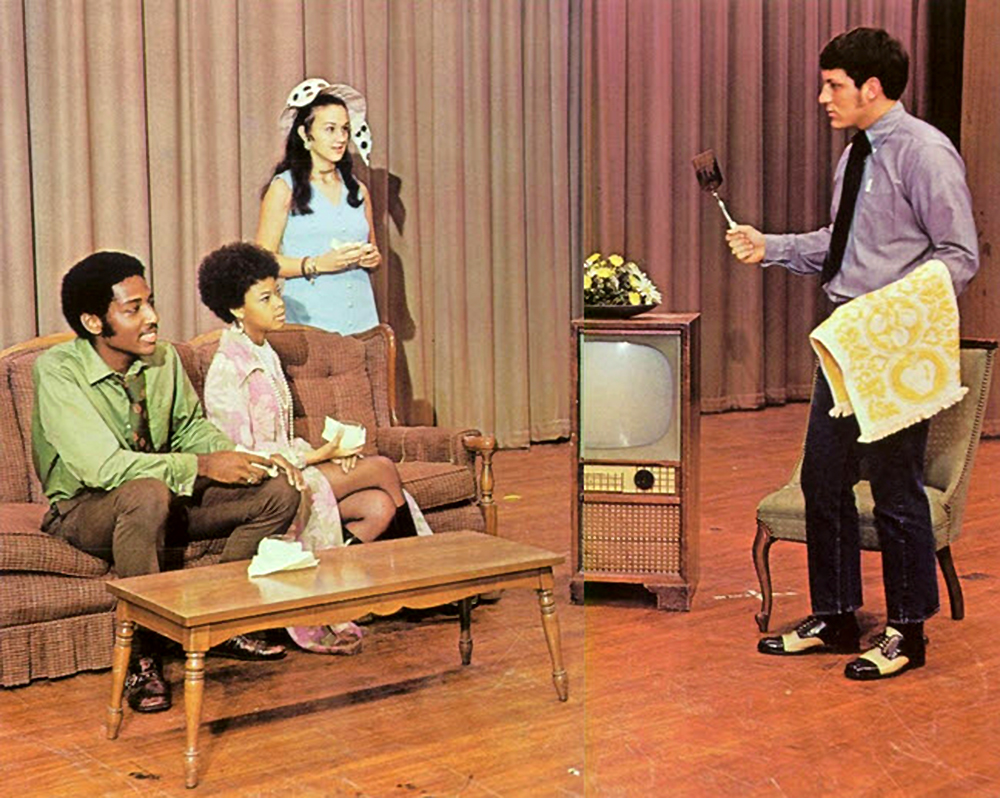 This looks like half a TV set.  Anybody care to explain what the hell?  Was this a thing? 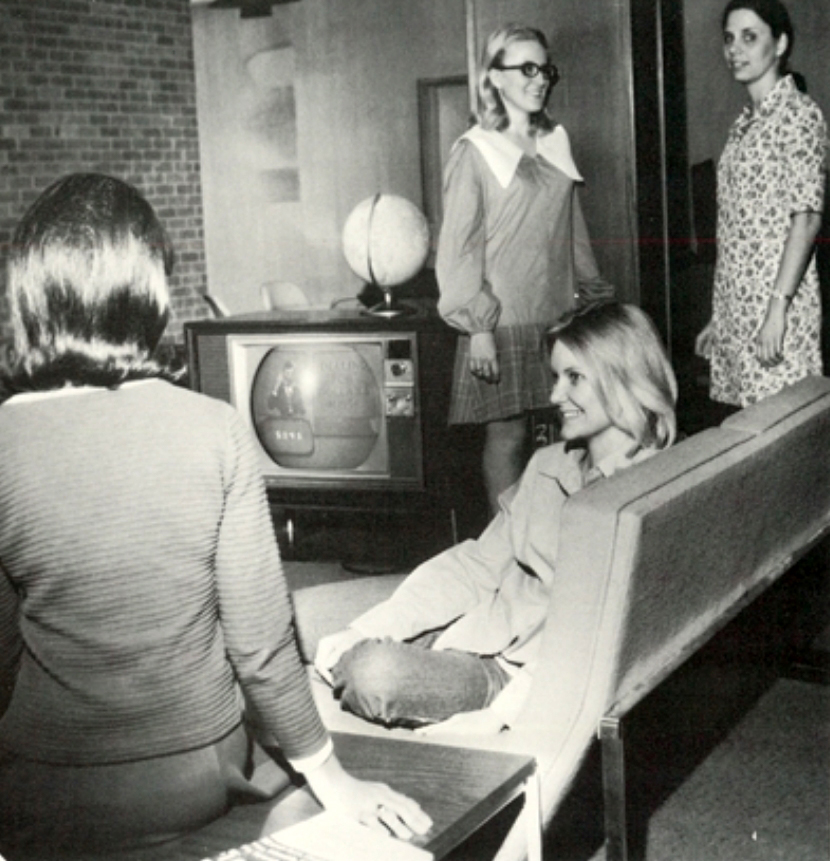 I can barely make out what’s on the boob tube here: looks like a game show.  The picture is dated 1971, so it could be Name That Tune, Tic Tac Dough, or even a local college tournament. 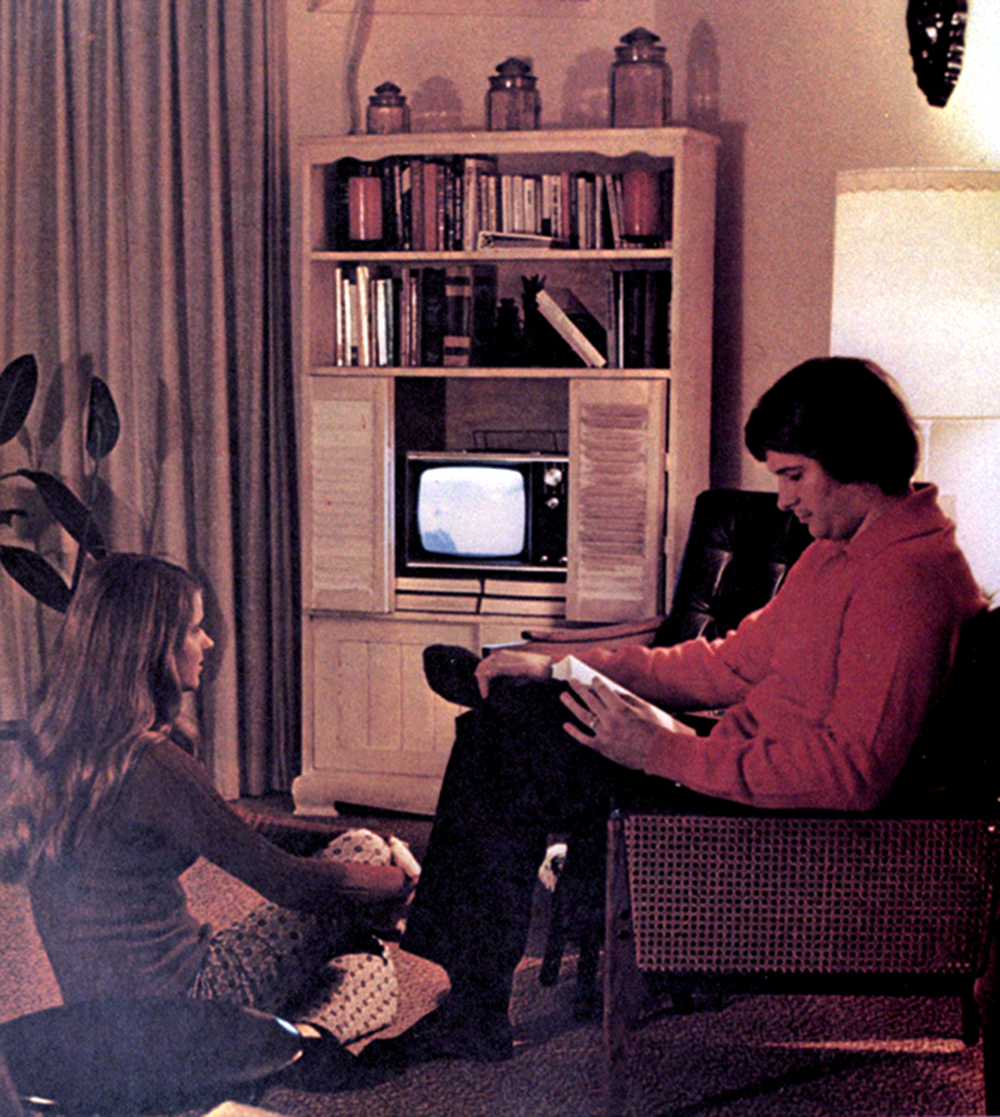 Read a book or watch The Rockford Files… a house divided. 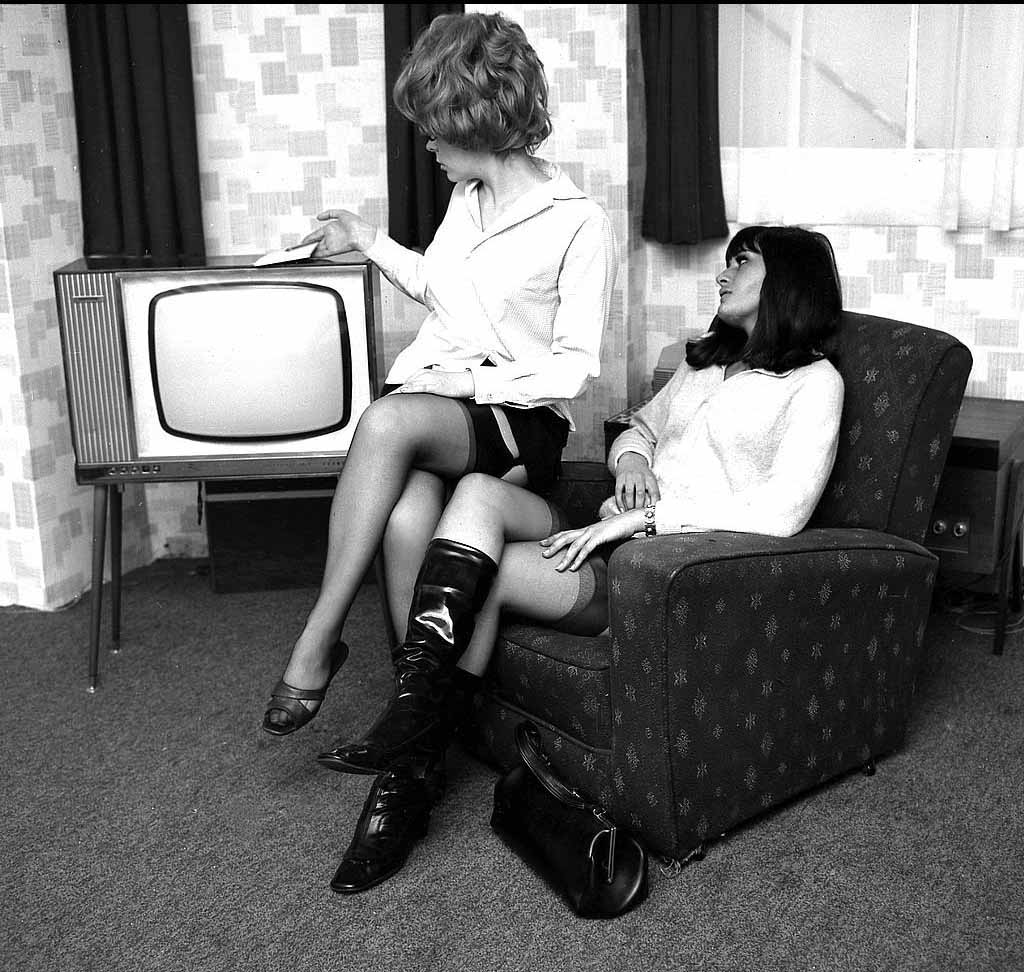 This is how guys picture female roommates watch television.  Are we wrong? 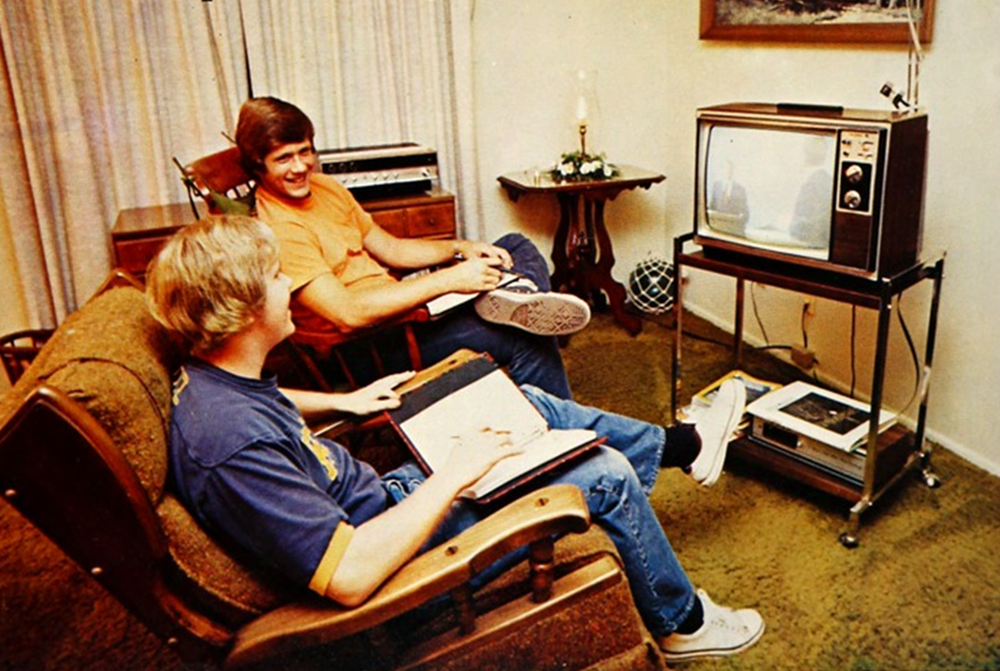 Anyone who remembers these old television sets will recall the eternal struggle of the rabbit ears.  Trying to get the reception “just right” was a Sisyphean task. 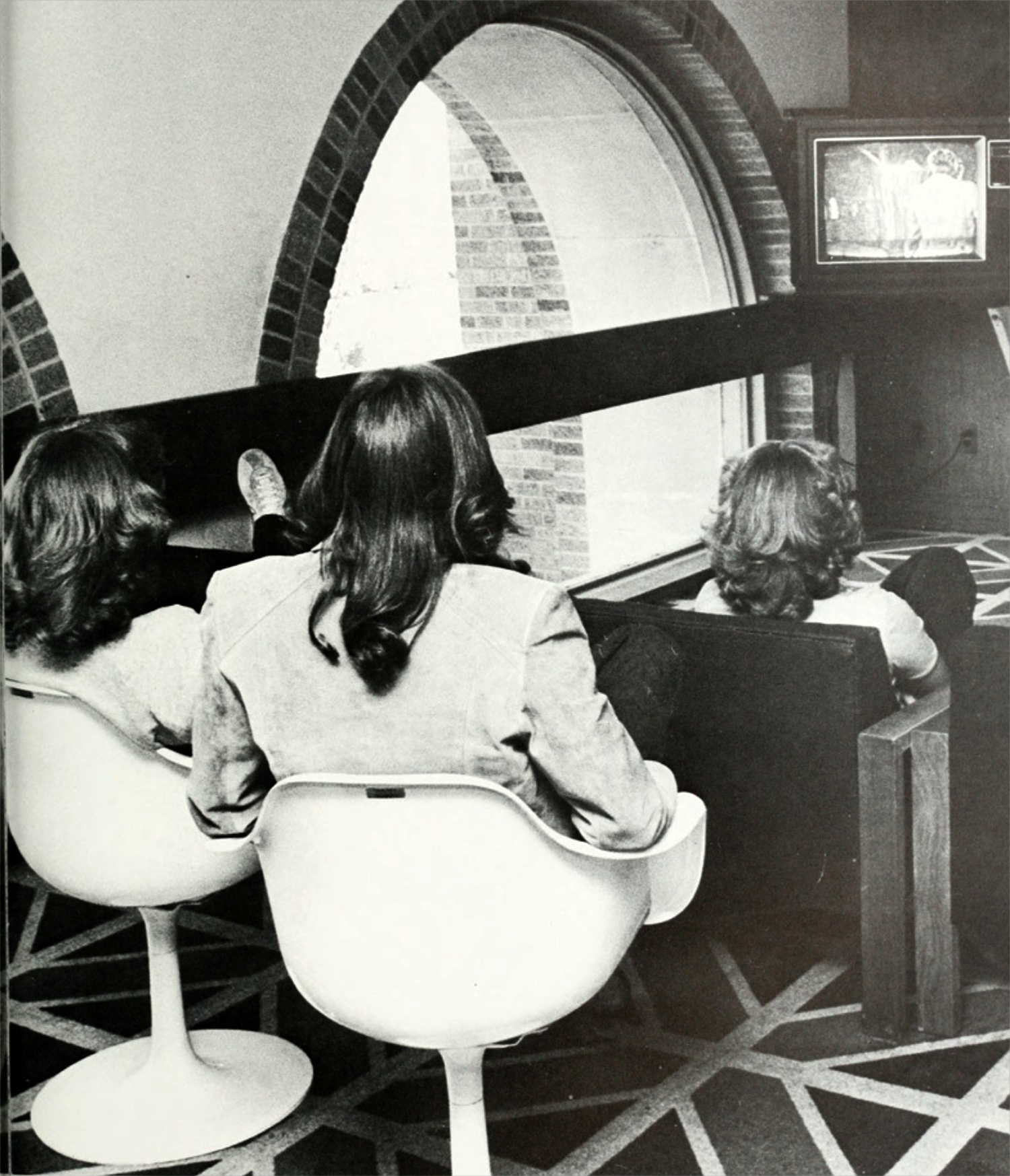 Sharing a TV in a college dorm, 1982.  Is this still a thing?  With tablets, phones, etc. you can just receded into your own personal bubble, without need of communal viewing.  Isn’t it so much better? (he said facetiously) 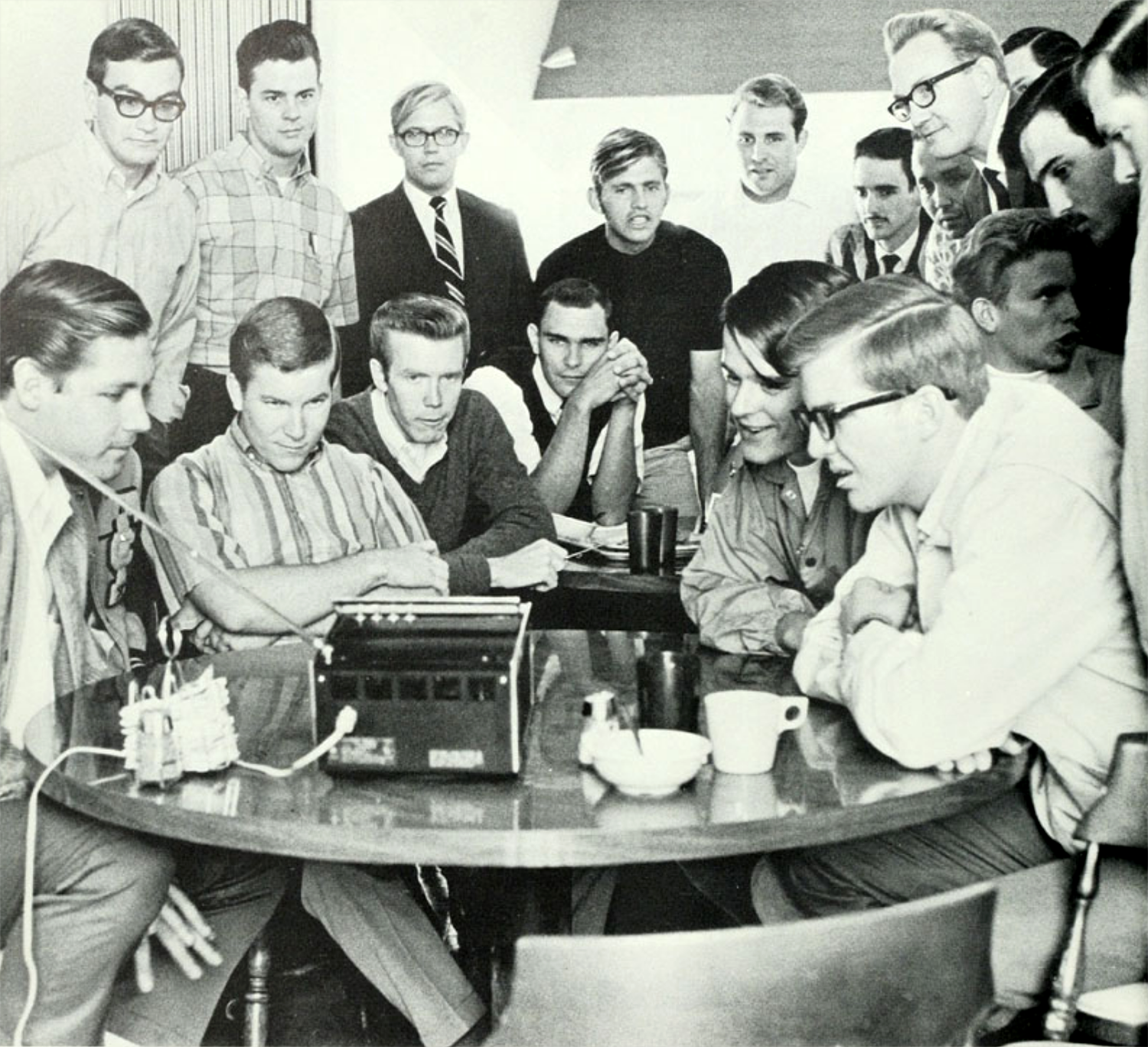 Watching the Detroit Tigers win the World Series in 1968, on a microscopically small television set. 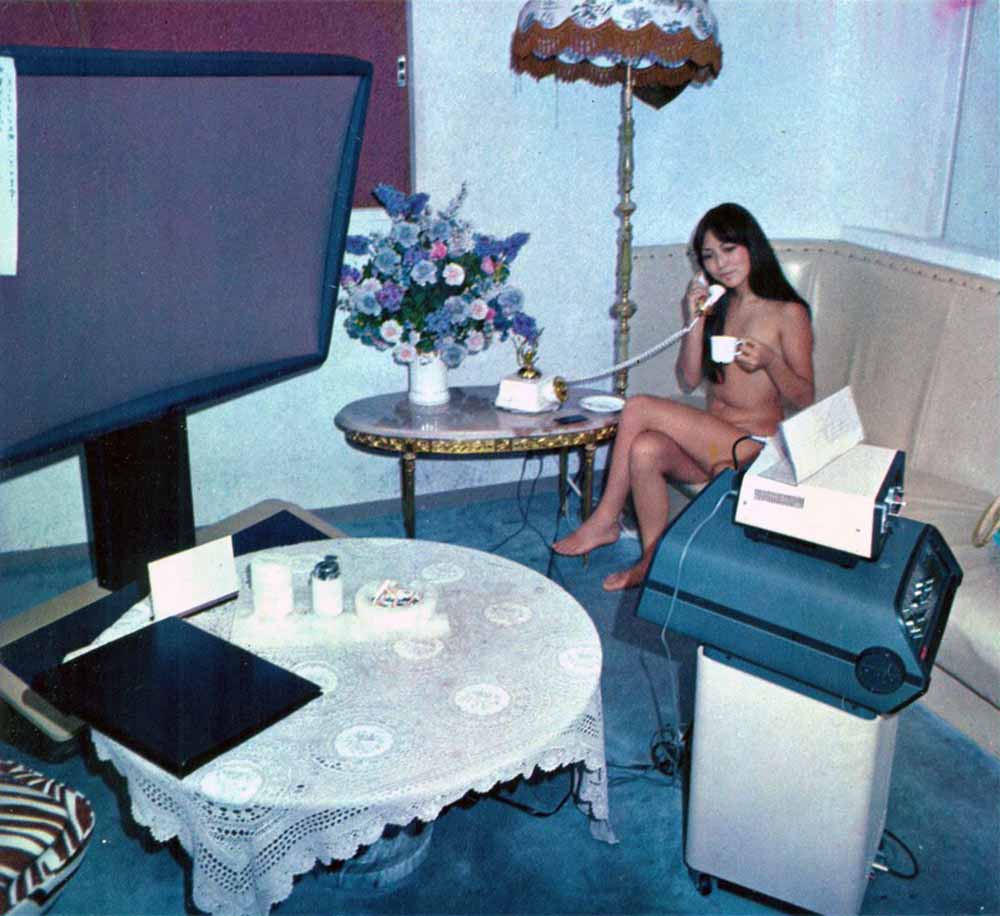 Of course, you didn’t have to have a tiny screen.  For those that could afford it (such as this randomly naked chick), you could opt for the projection screen. 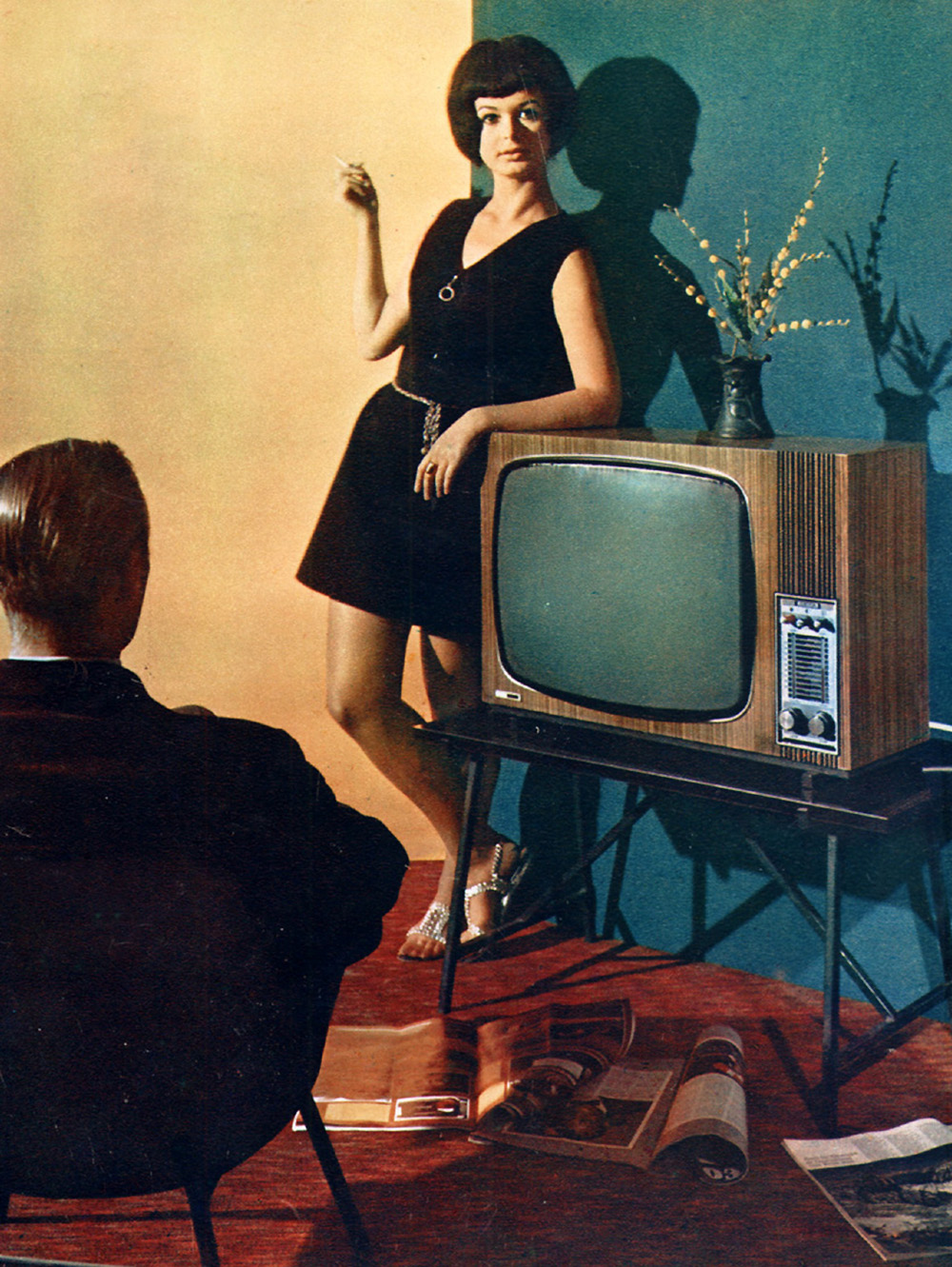 Back when TV sets were like a piece of furniture, it was common to throw knick-knacks on top; I well remember the vase of decorative glass grapes that seemed to be in every home in the early seventies, generally on the coffee table or ornamenting the tops of gargantuan televisions. 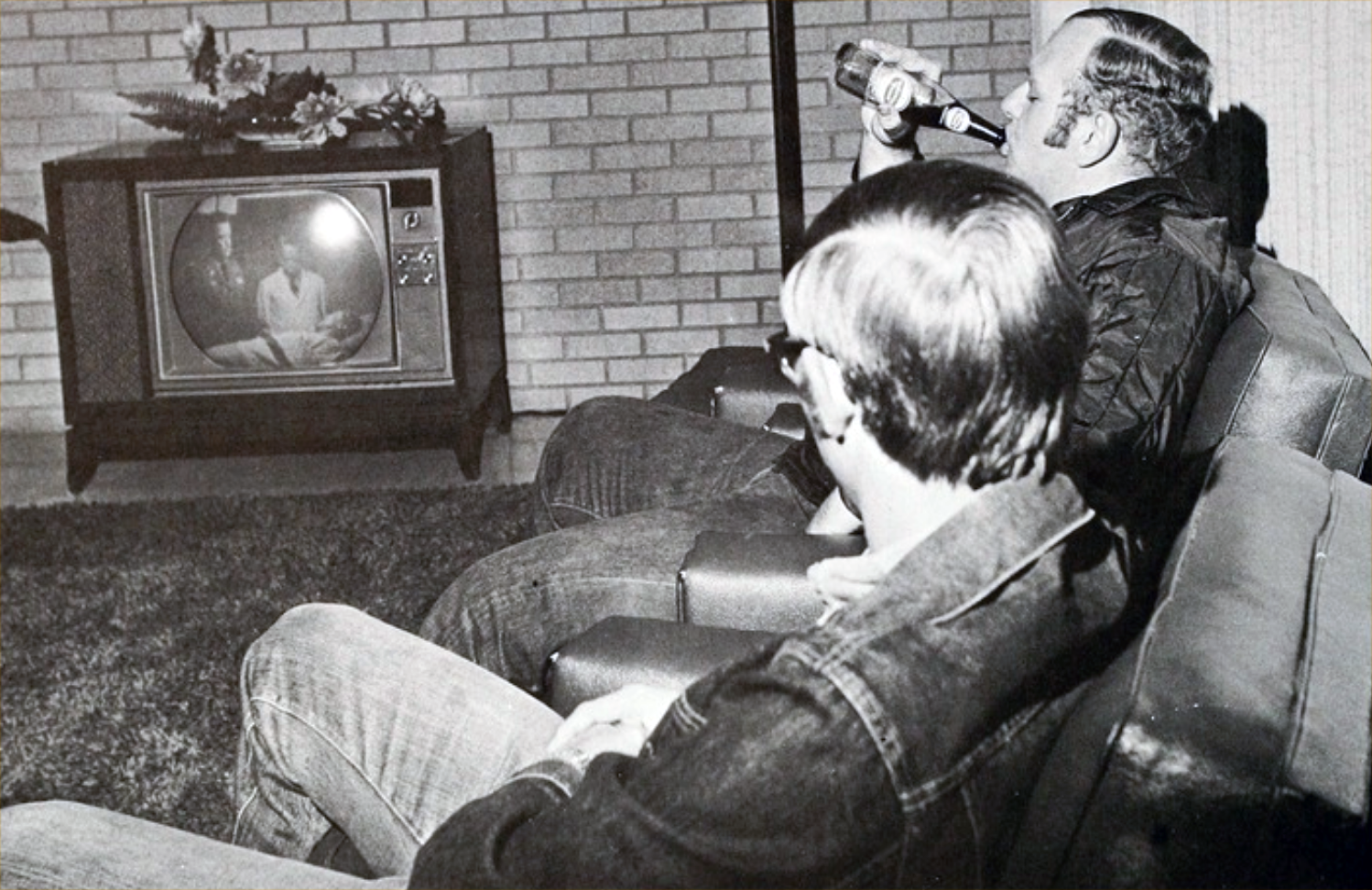 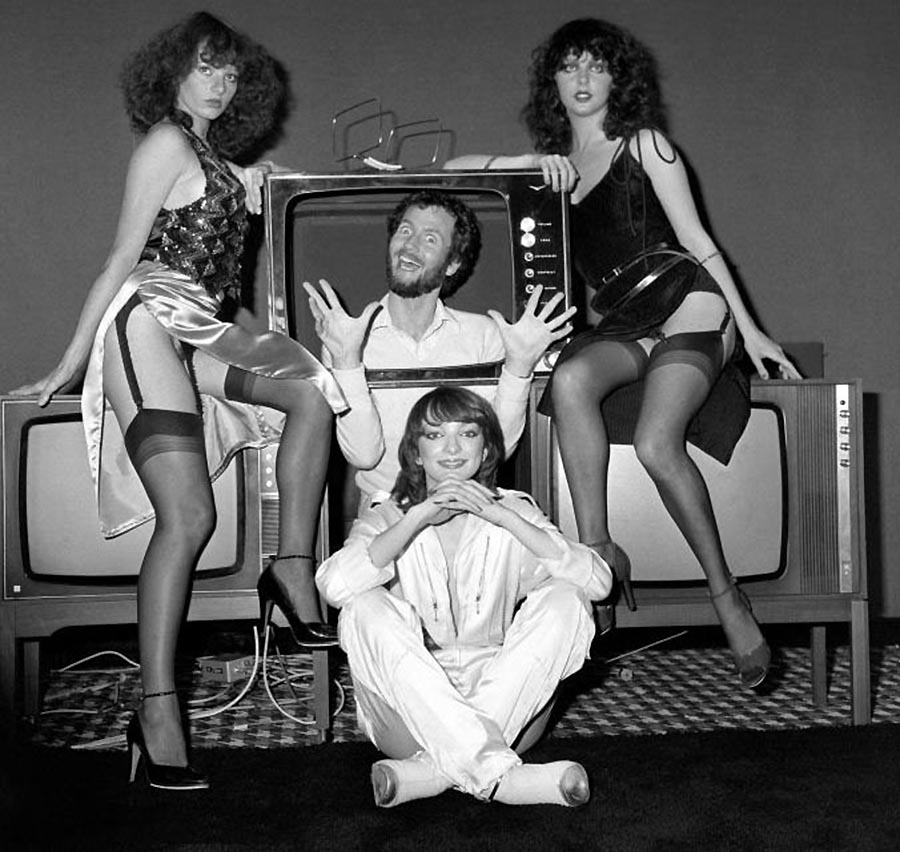 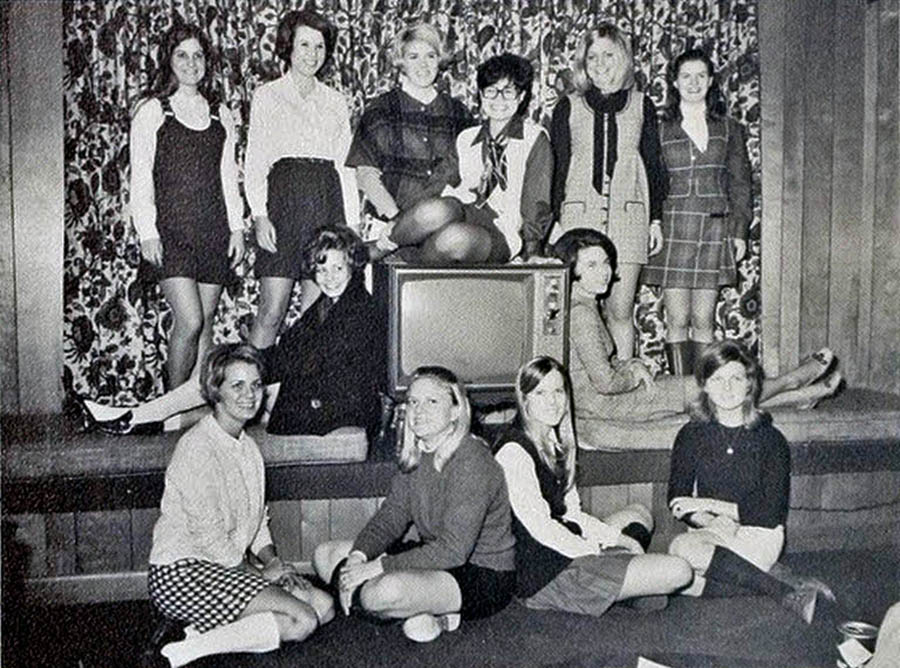 Flatscreens are great… but you can’t sit on them. 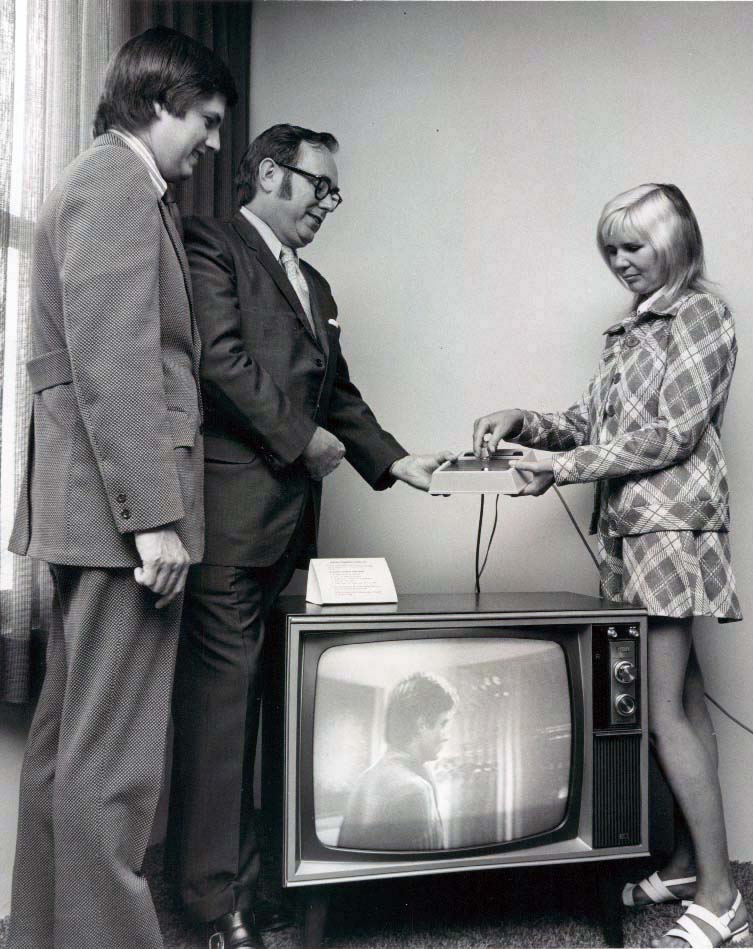 “You mean, I can turn this knob and it changes the channels?… I’m scared.” 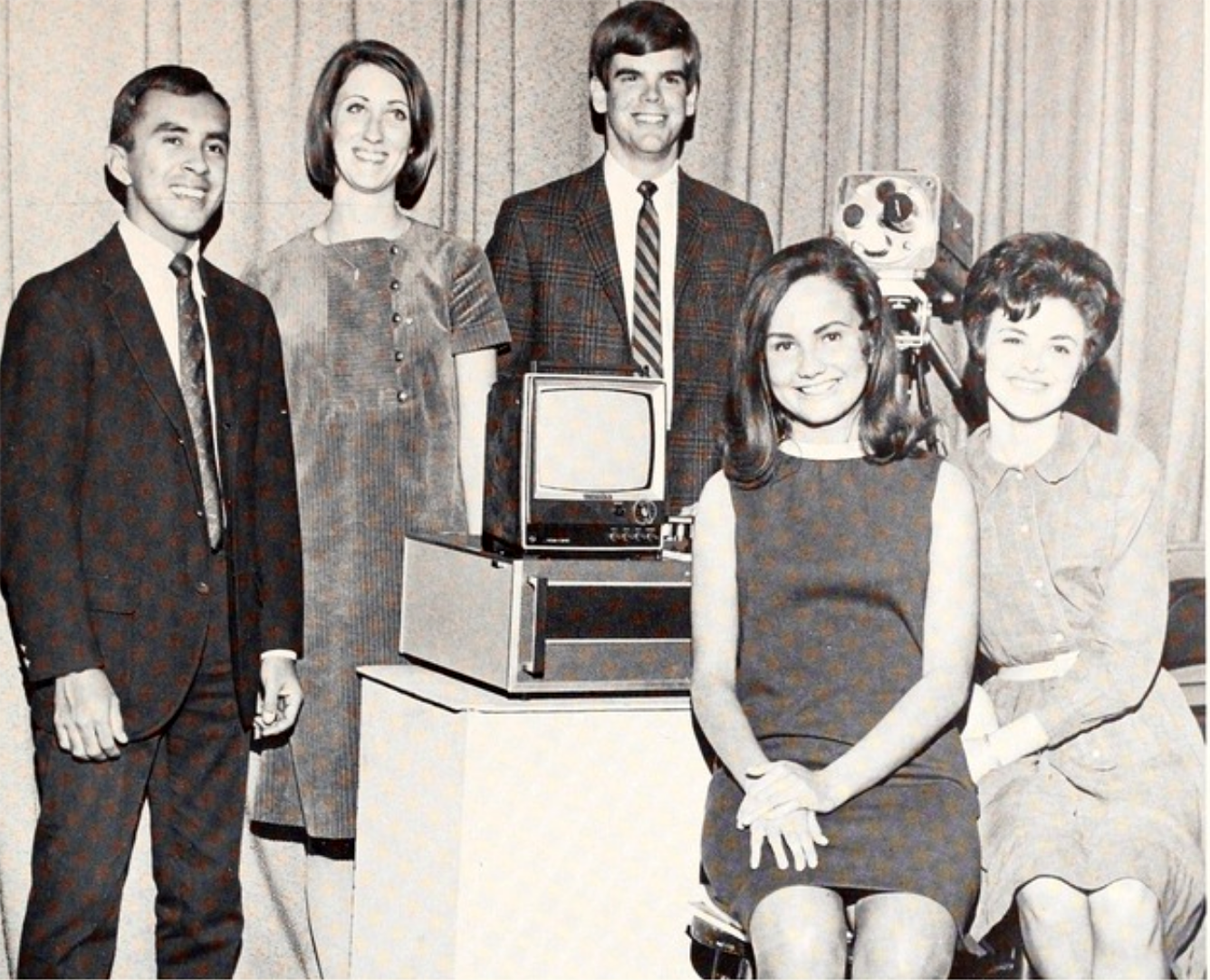 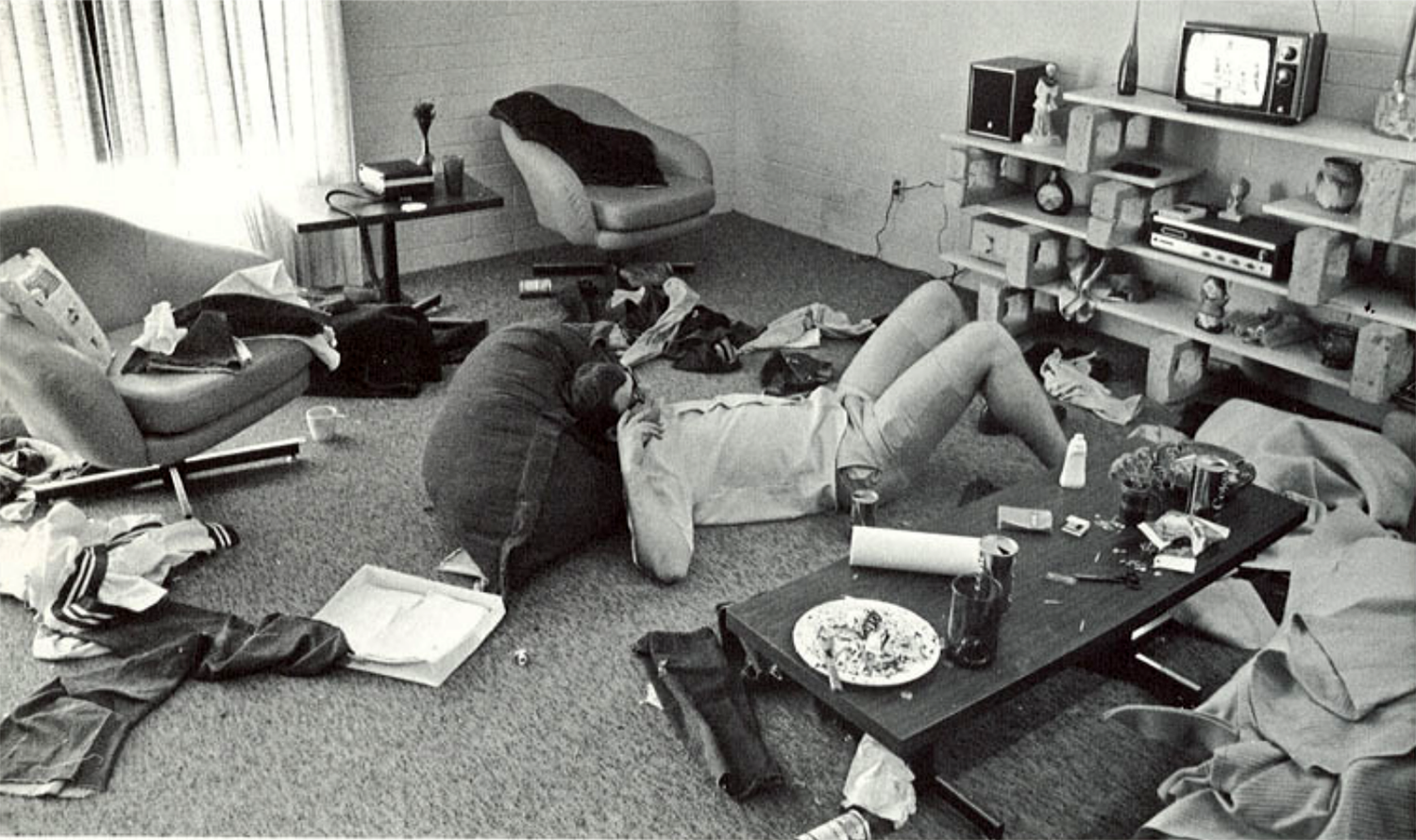 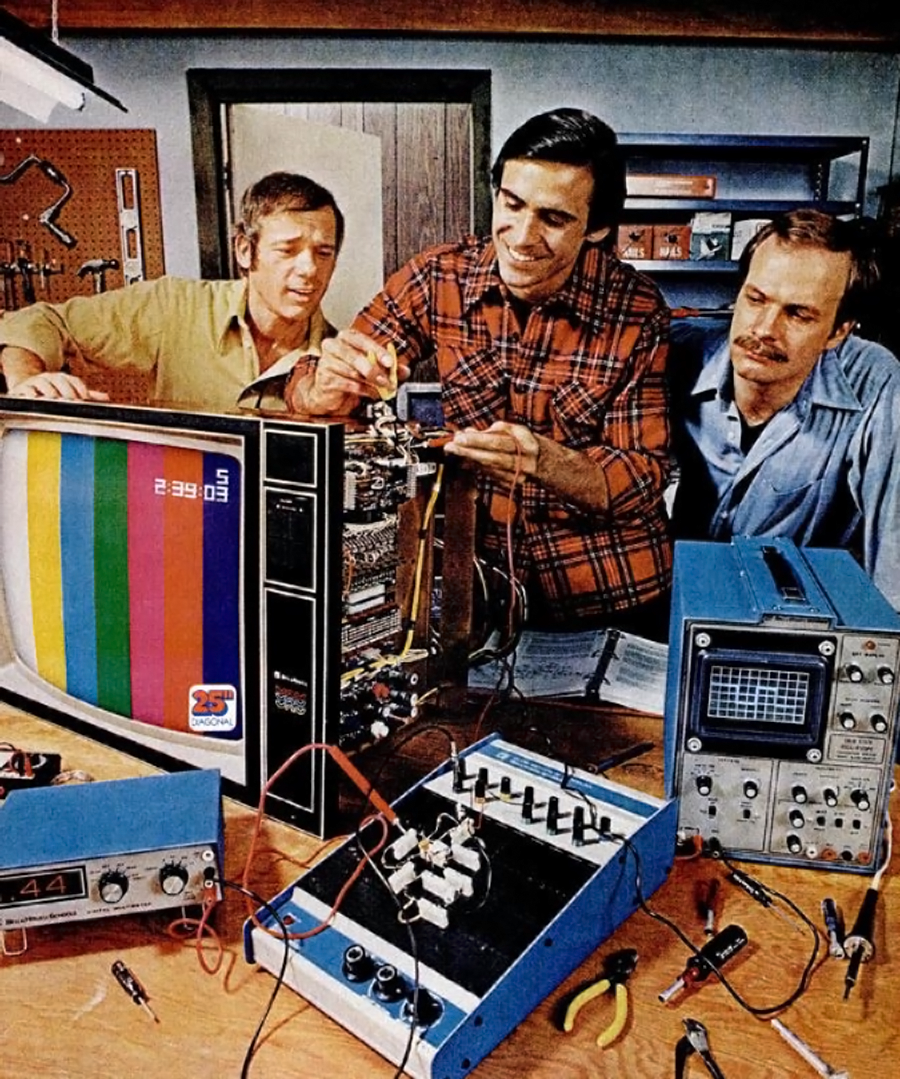 Just try doing this with today’s televisions.  Now, if your TV goes out, just toss it in the garbage and get a new one.  TV repair is a lost art. 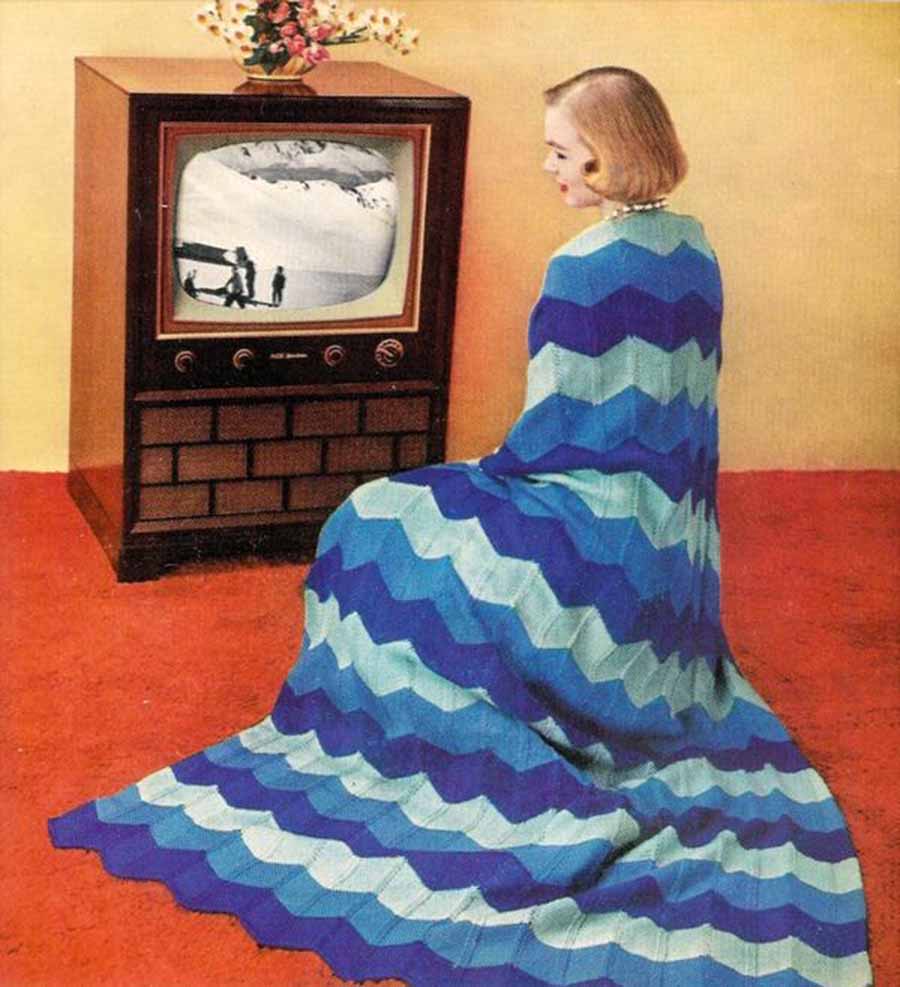 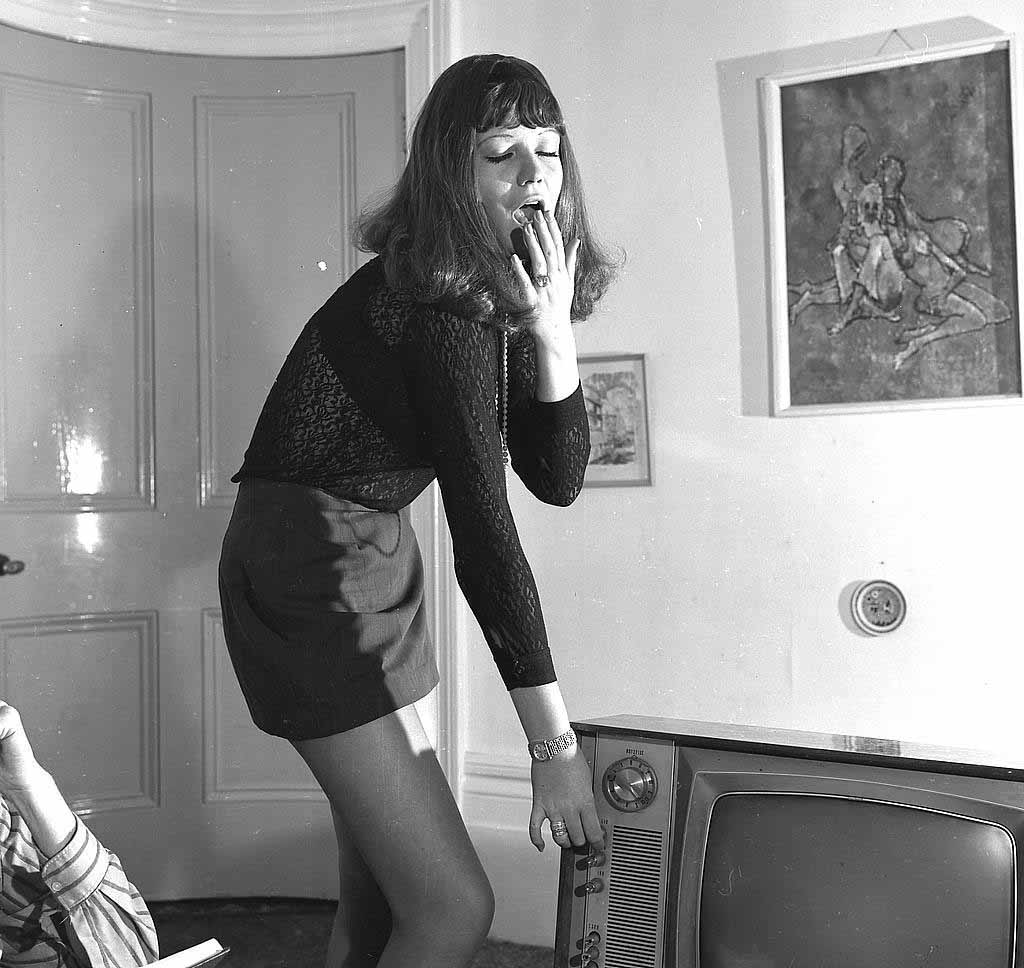