Whether it’s the Snow Ball or Homecoming, in the late sixties to early seventies in America, you’re going to find the same thing on college dance-floors: young men and women dancing like confused idiots.  The ladies are wearing the new ultra short skirts, and the dudes are hustling and sweating in their blazers.  It was a dark time under the shadow of Vietnam, but somehow also a very bright and innocent time.  Let’s have a look at photographs taken at college dances from 1968 to 1971, pulled from old yearbooks and newspapers.  Enjoy. 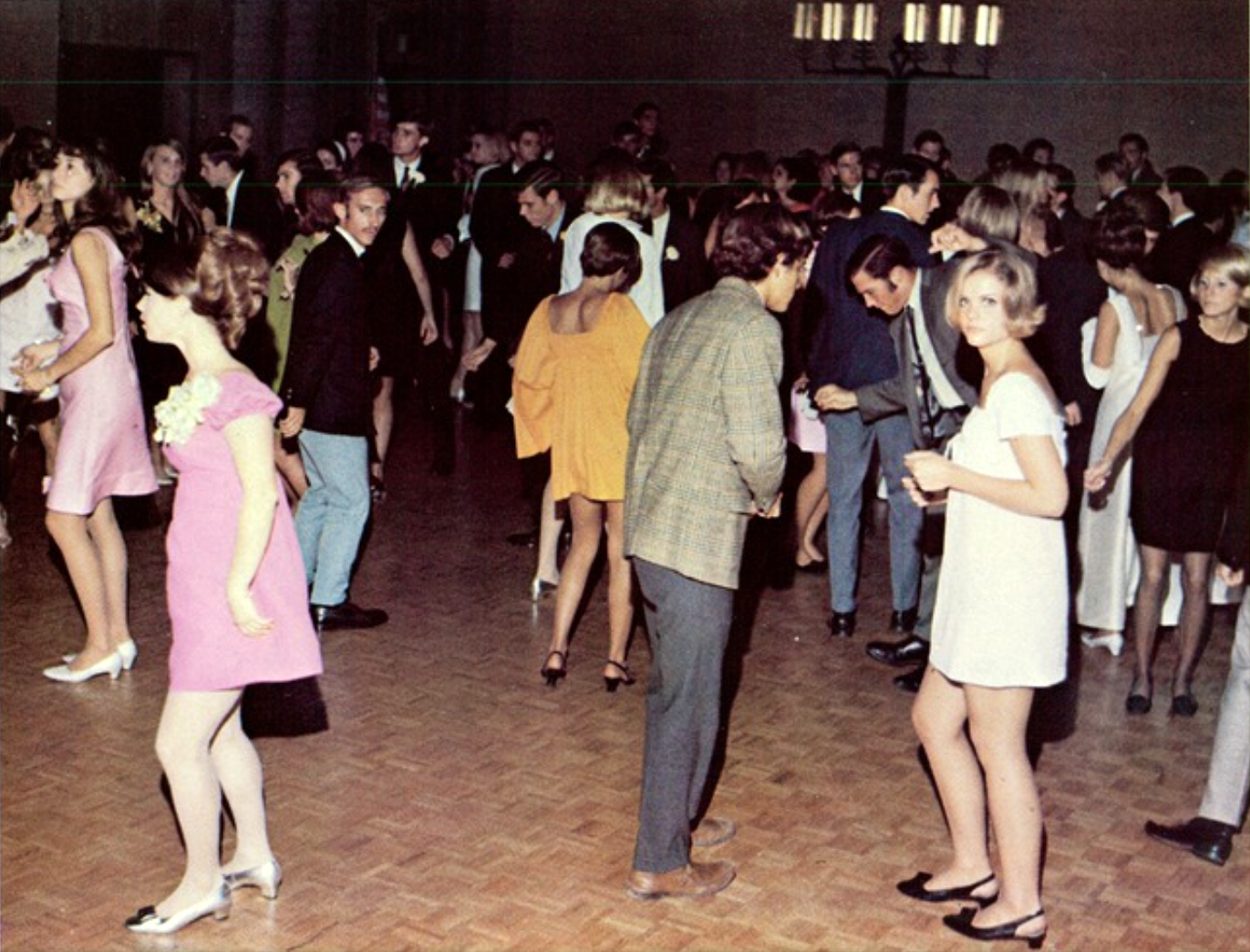 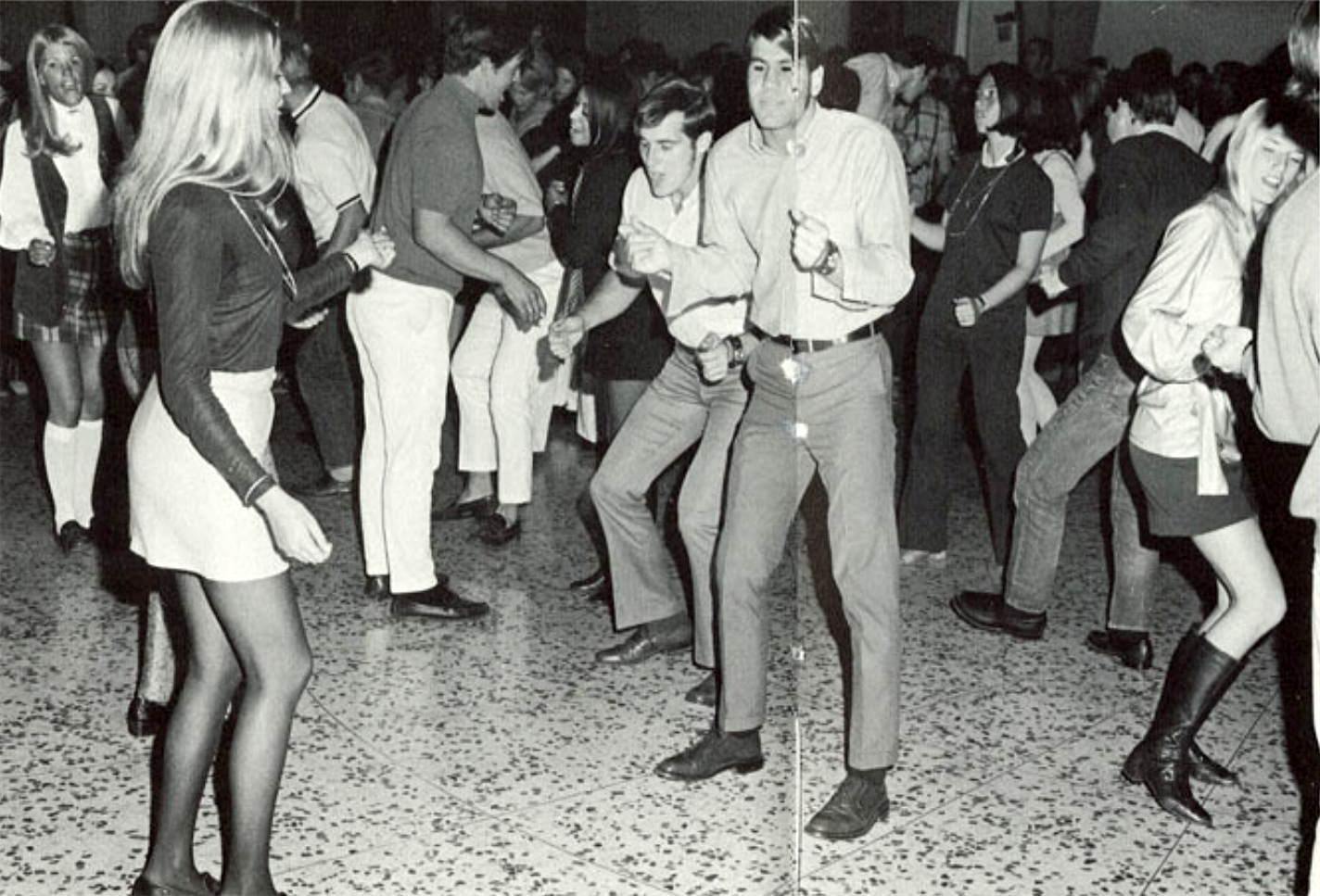 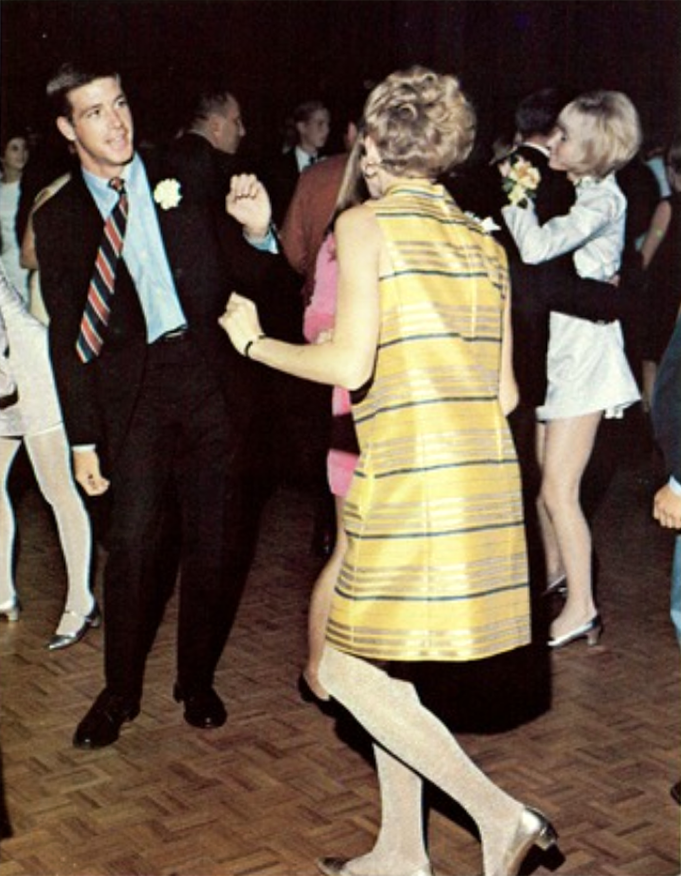 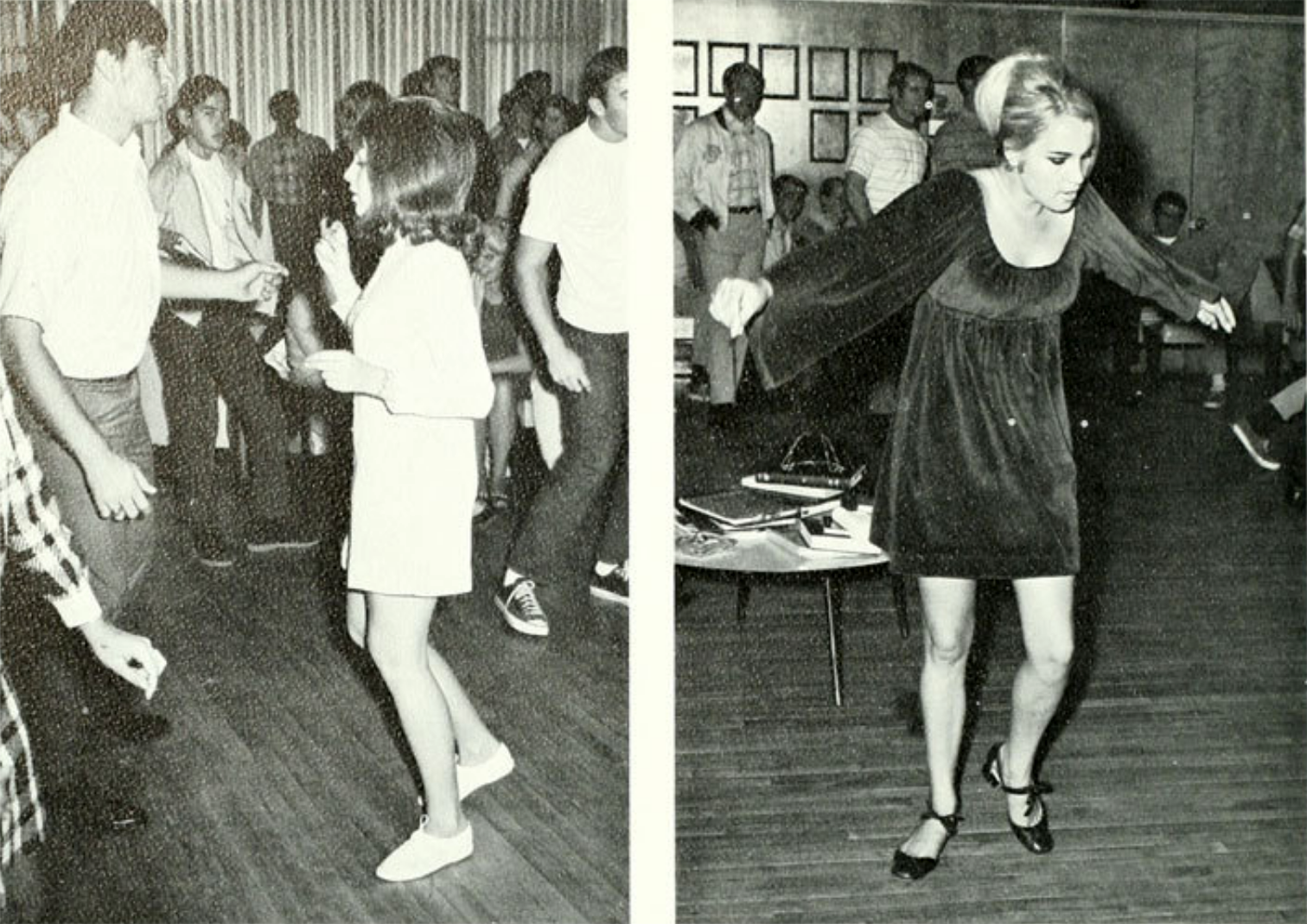 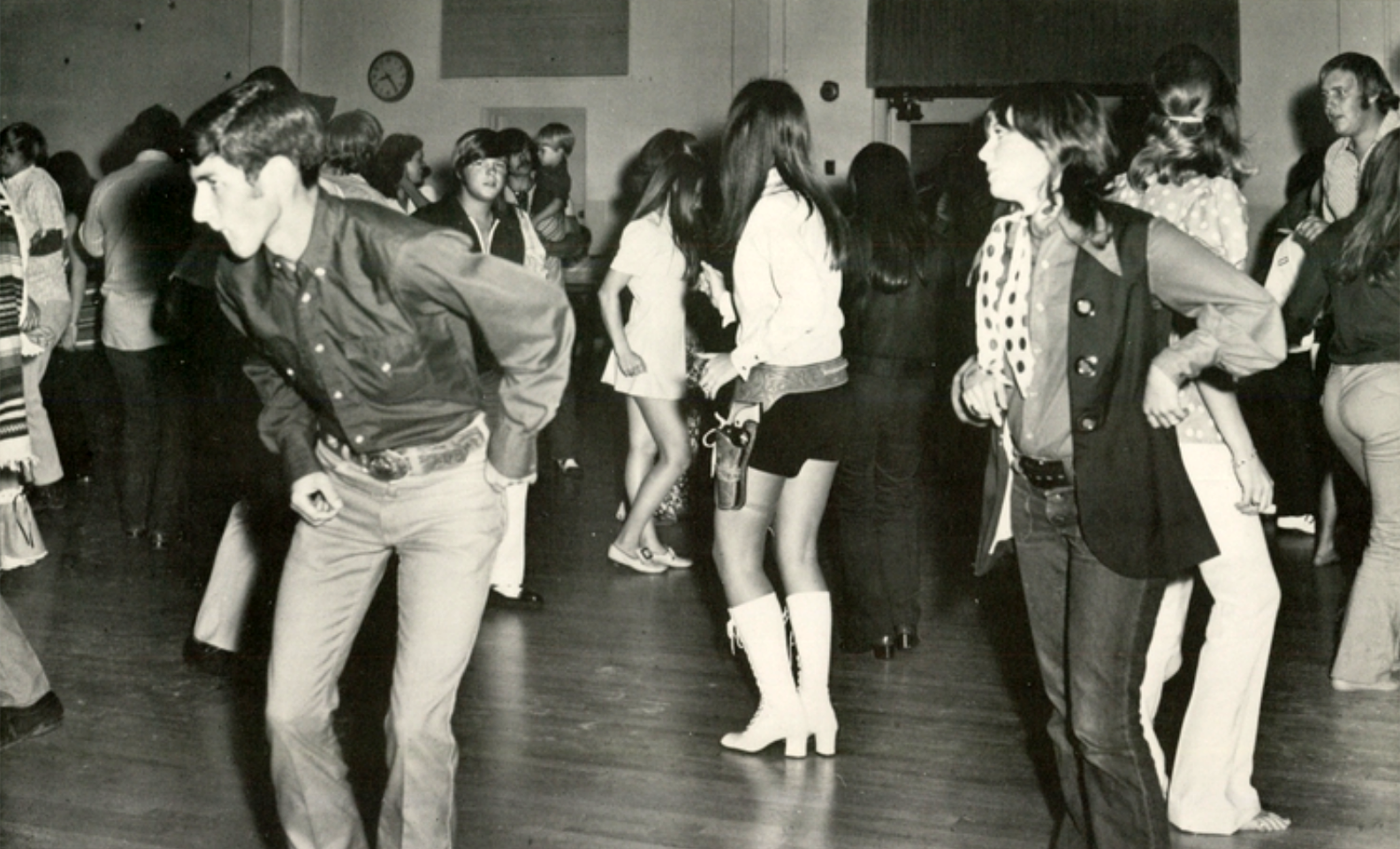 Grayson College (Denison, TX) -1971; I dig the girl’s revolver dance accessory.  Suffice it to say, this would not fly today. 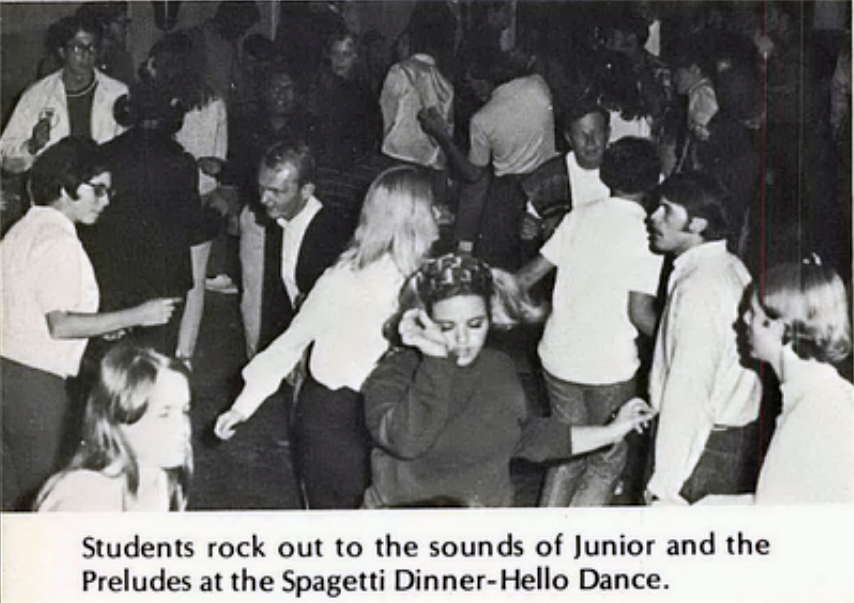 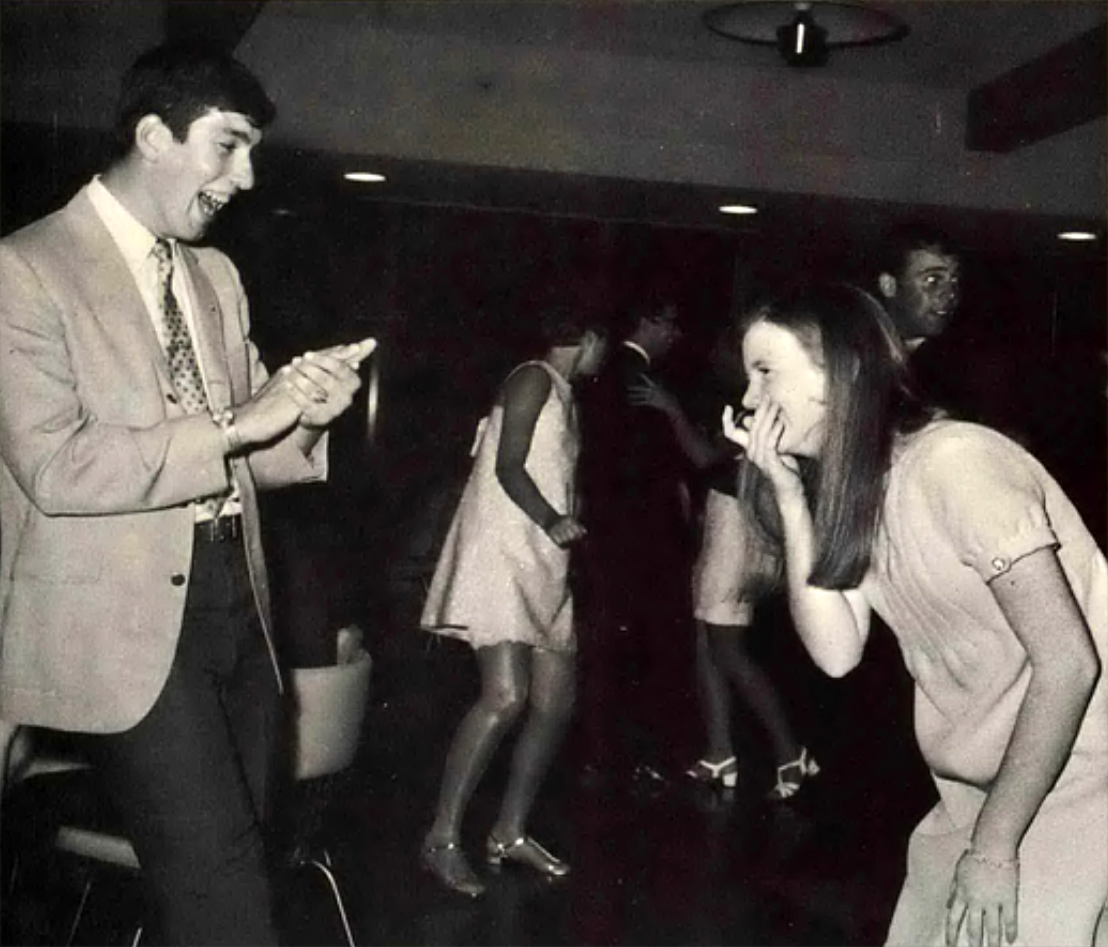 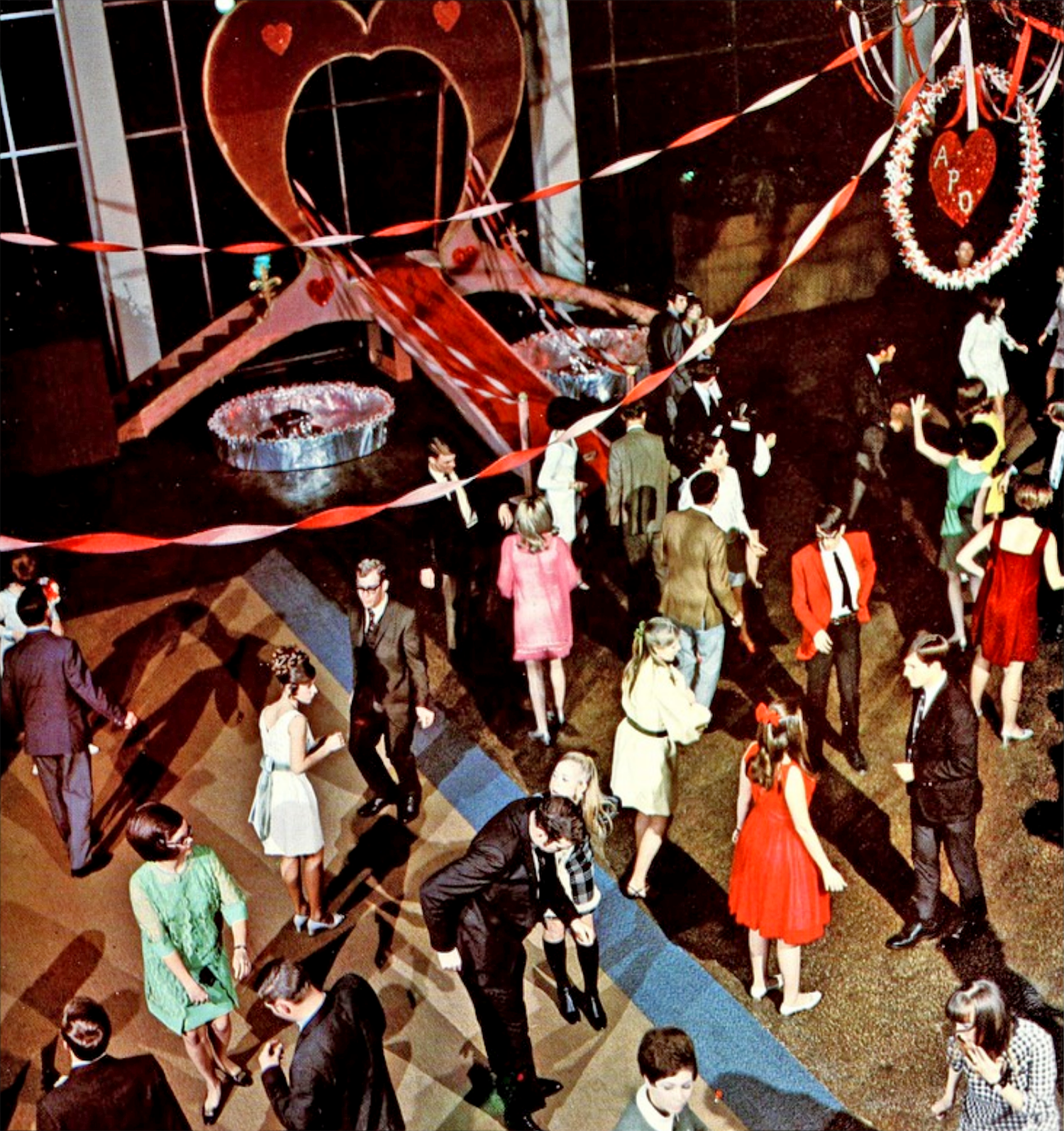 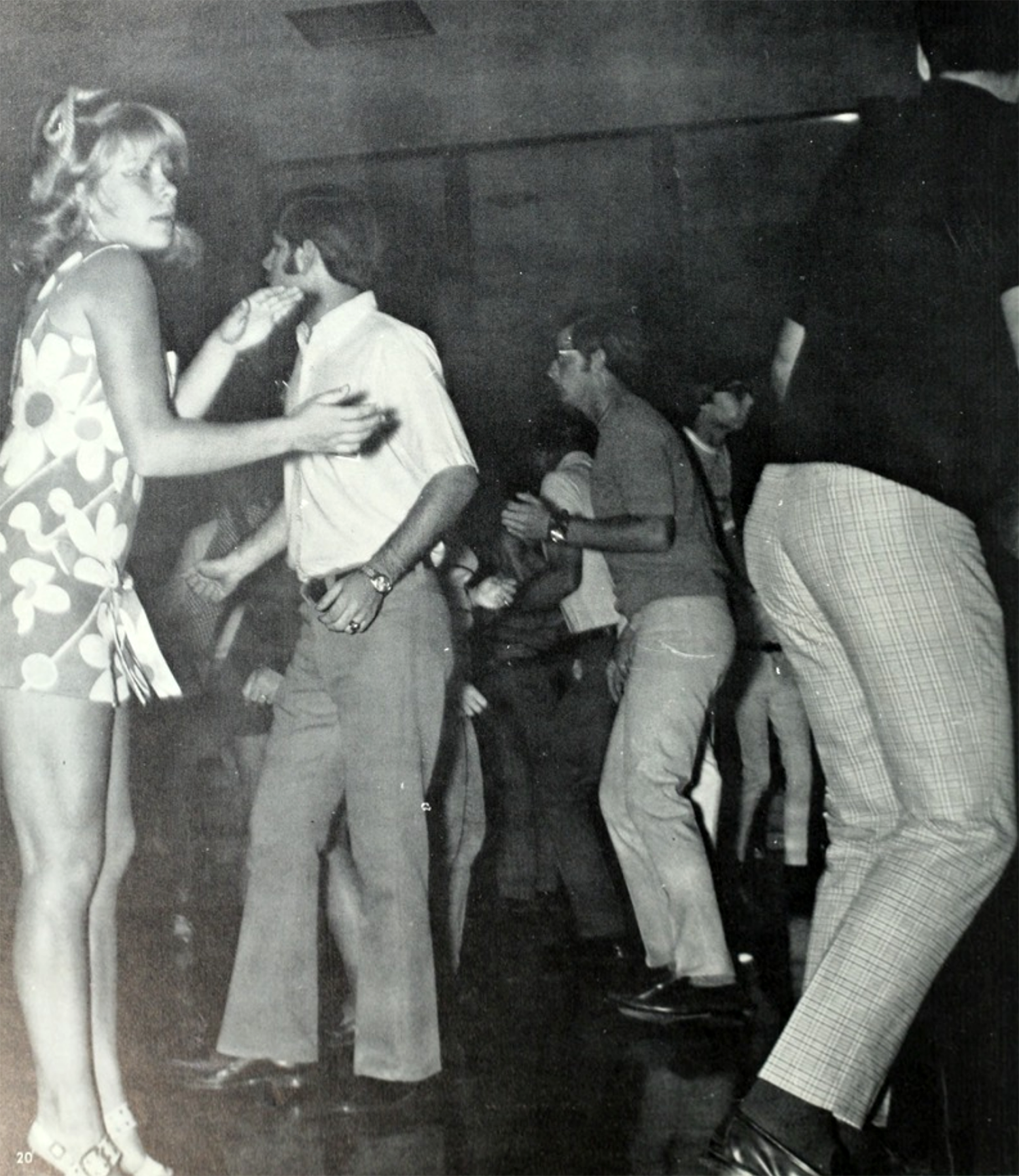 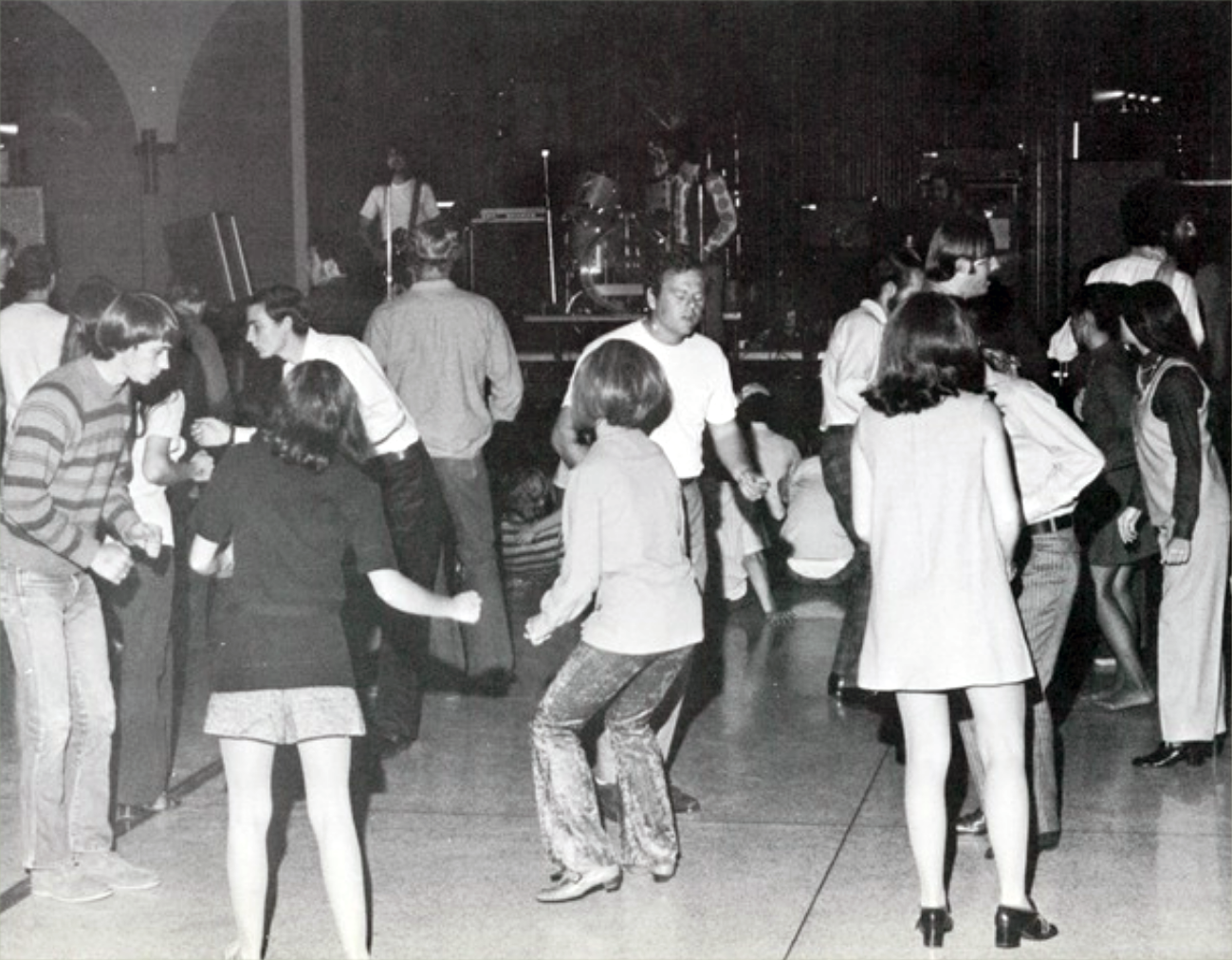 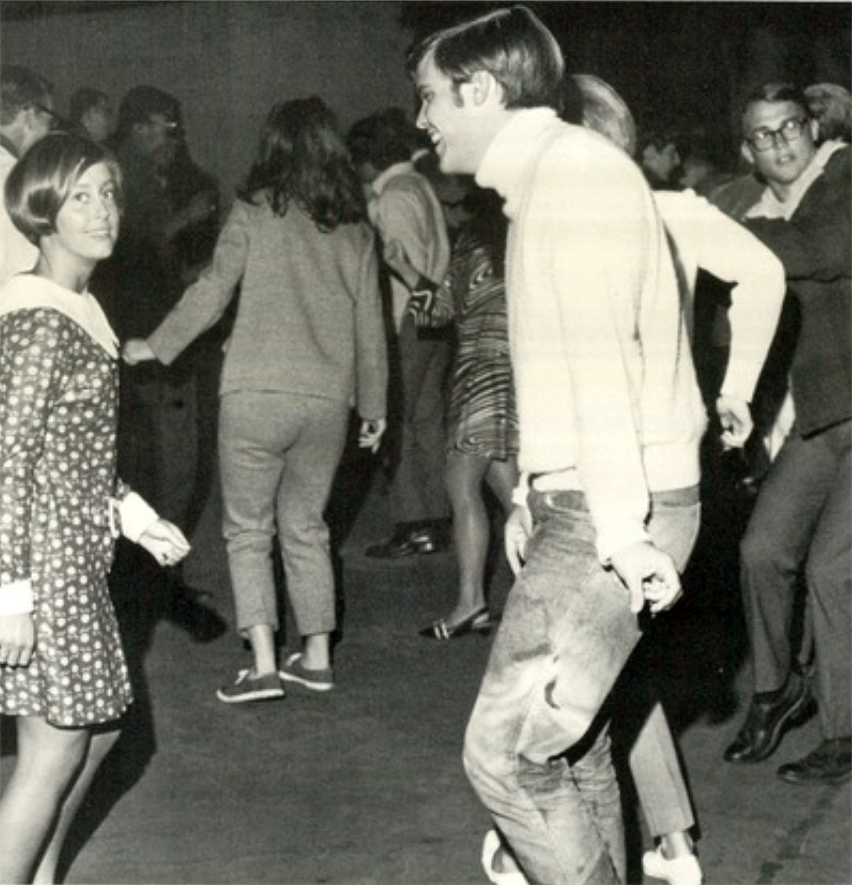 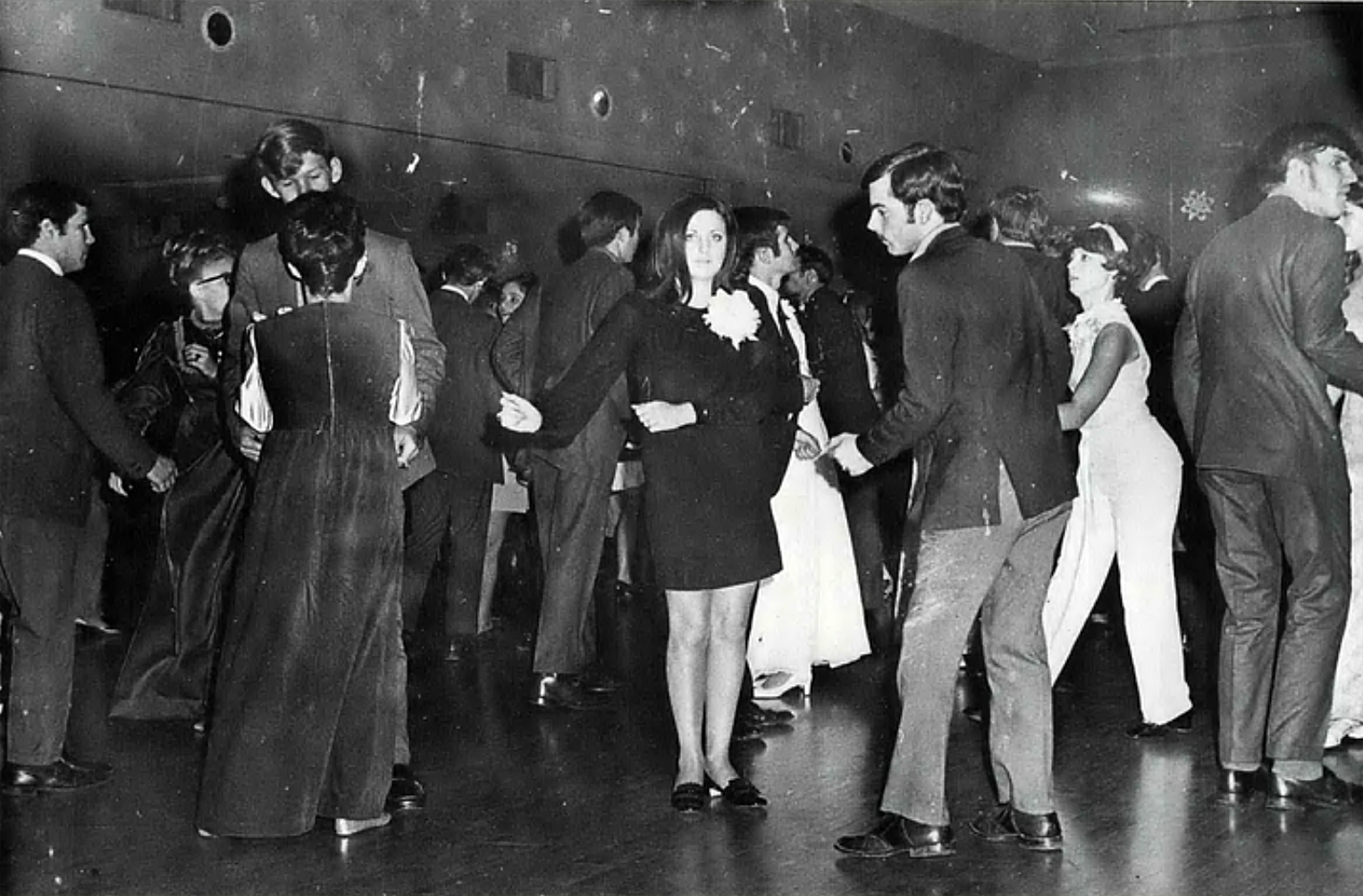 1969 – “Catching the mood set by the band, these K Sigs and their dates follow their own personal modes of expression in an evening of dancing and drinking. 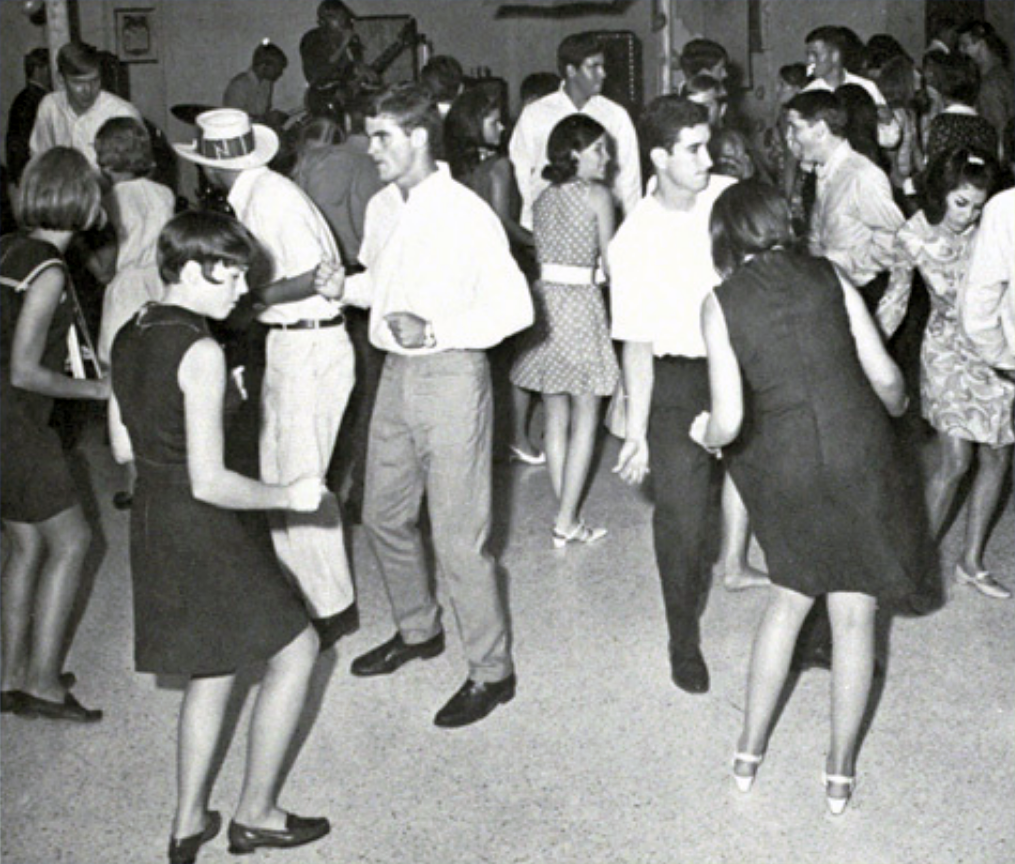 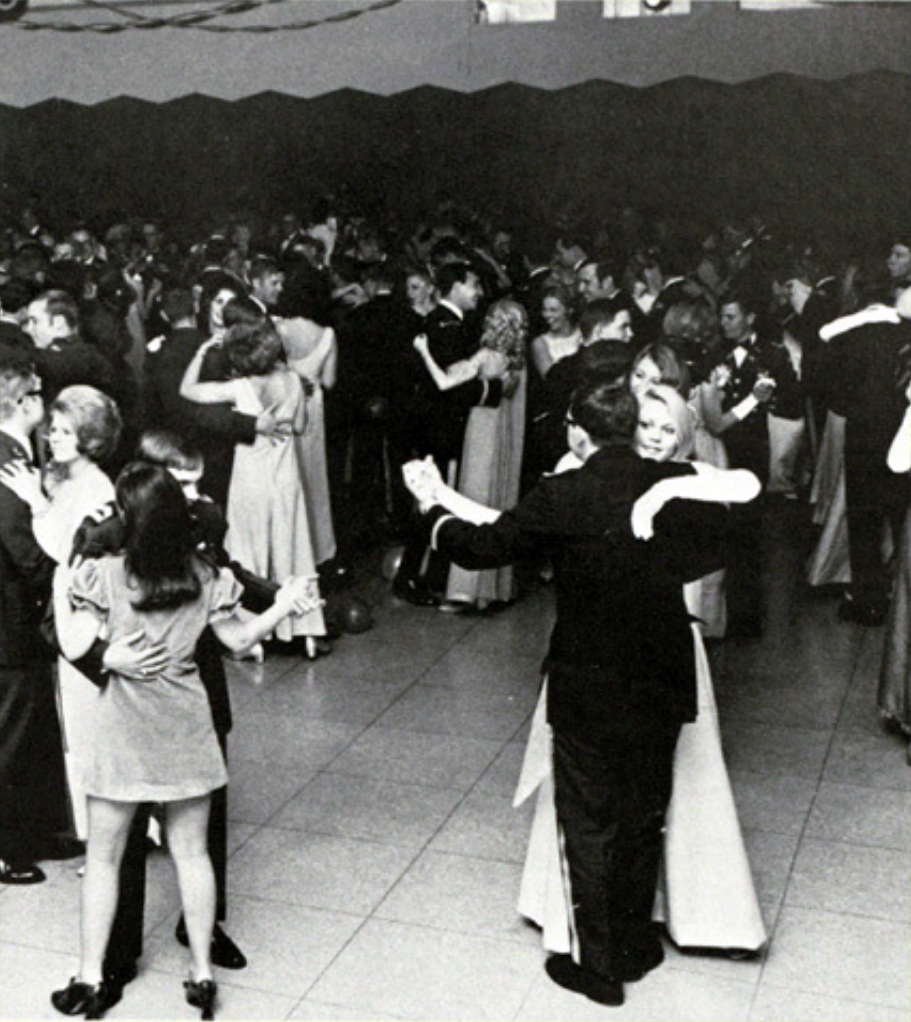 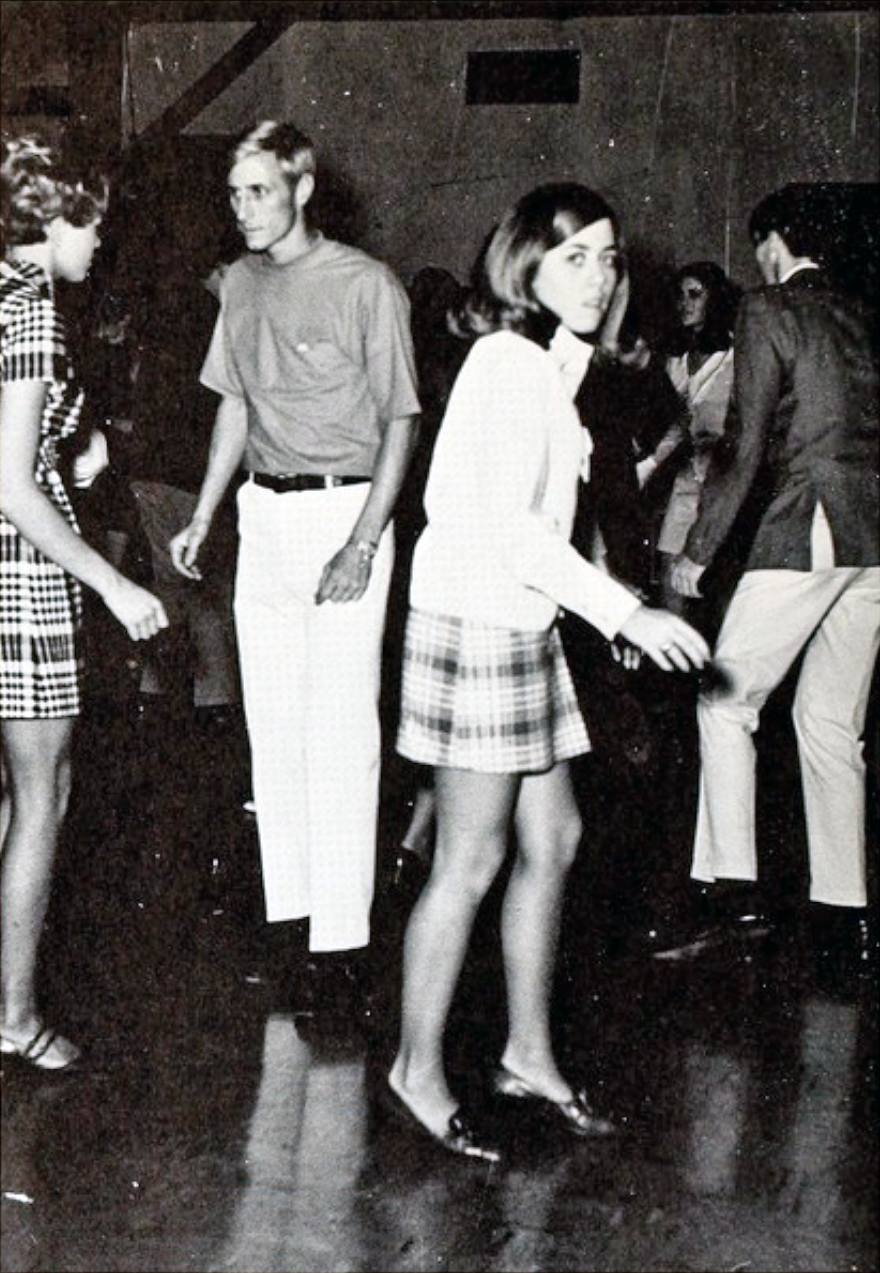 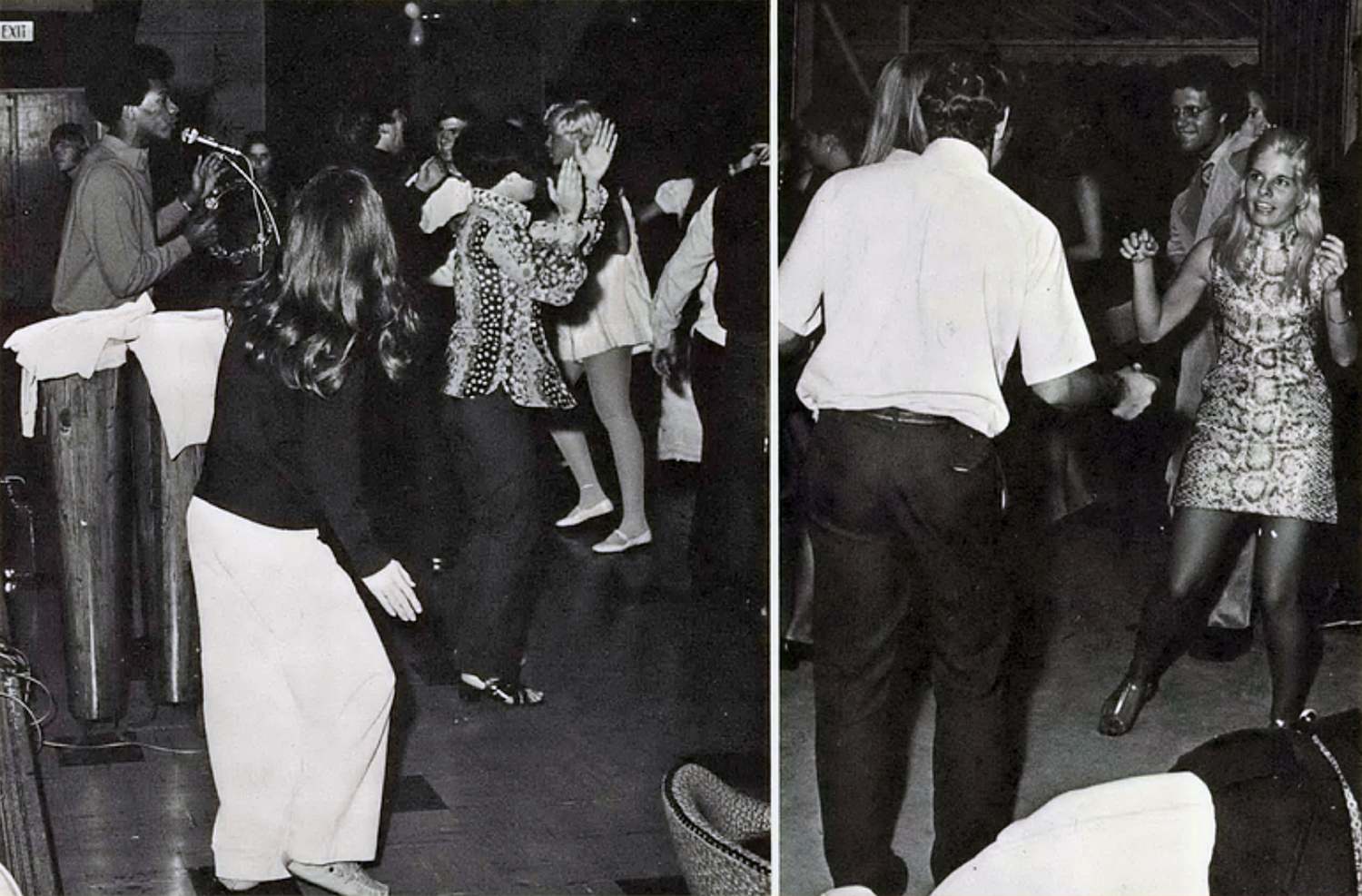 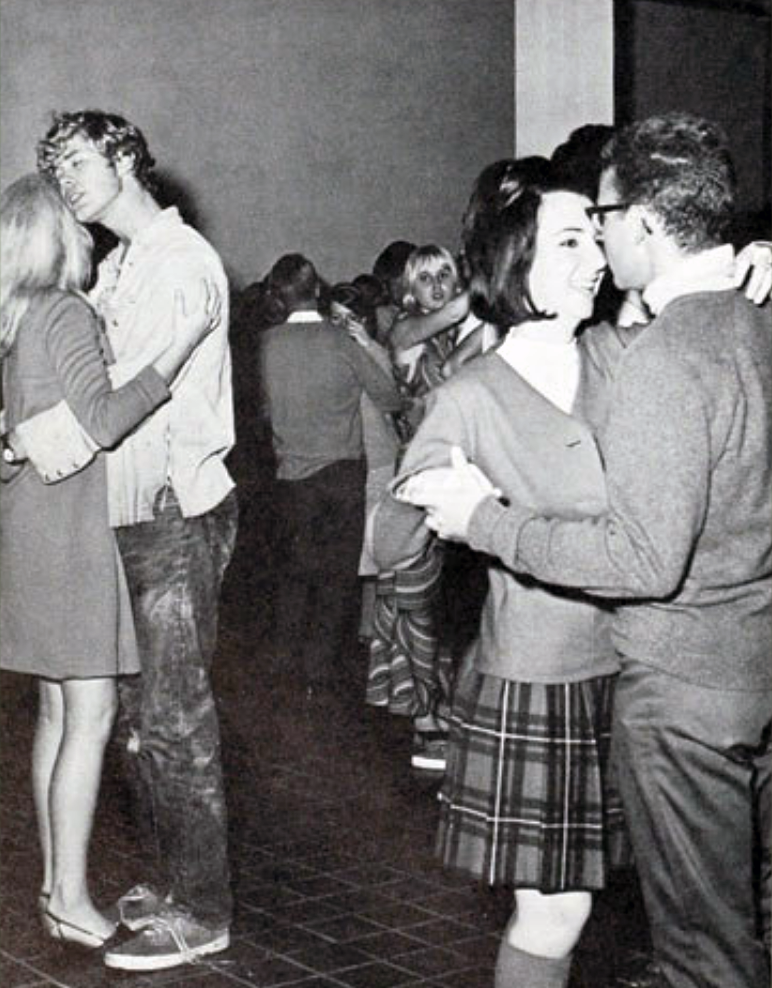 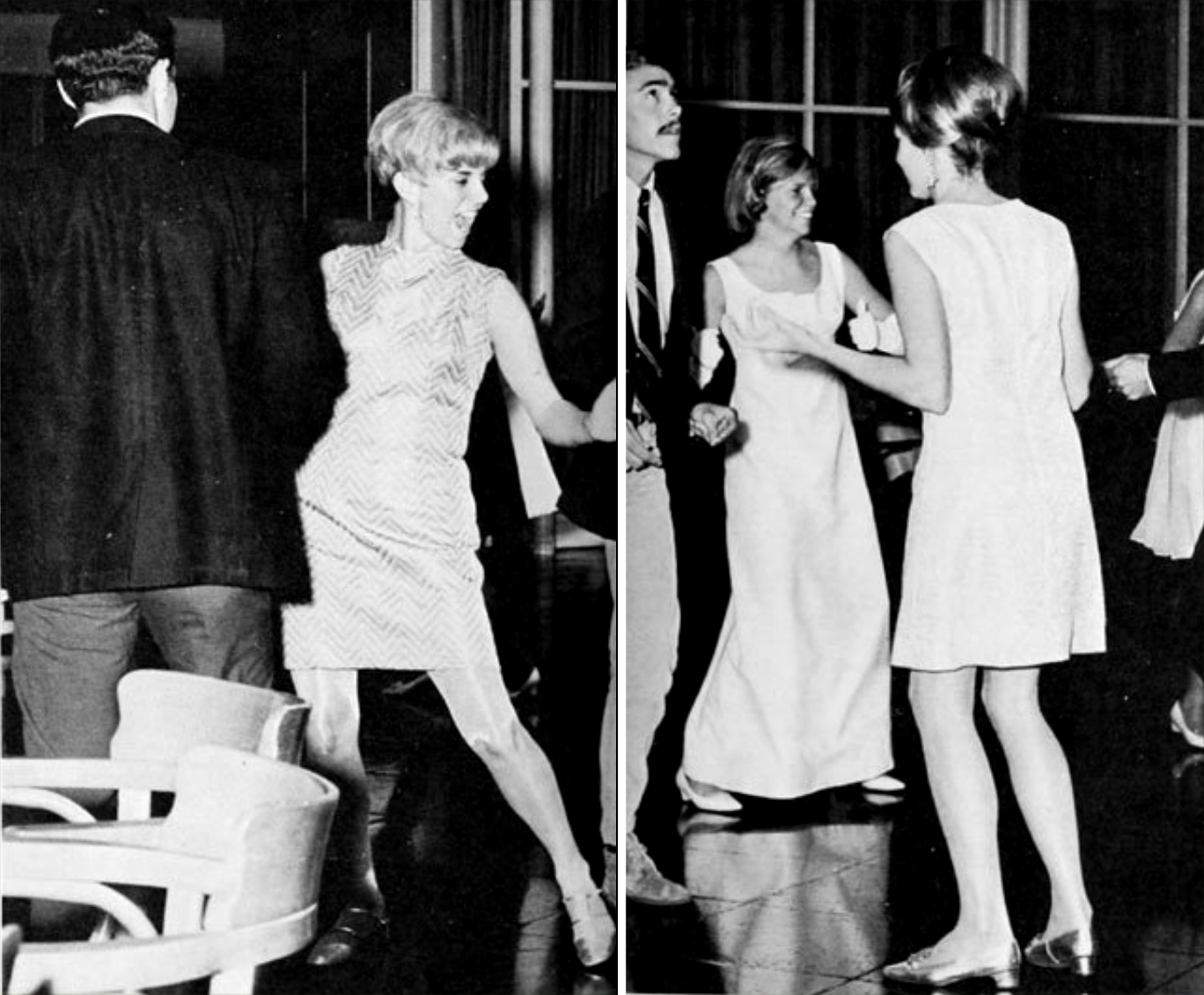 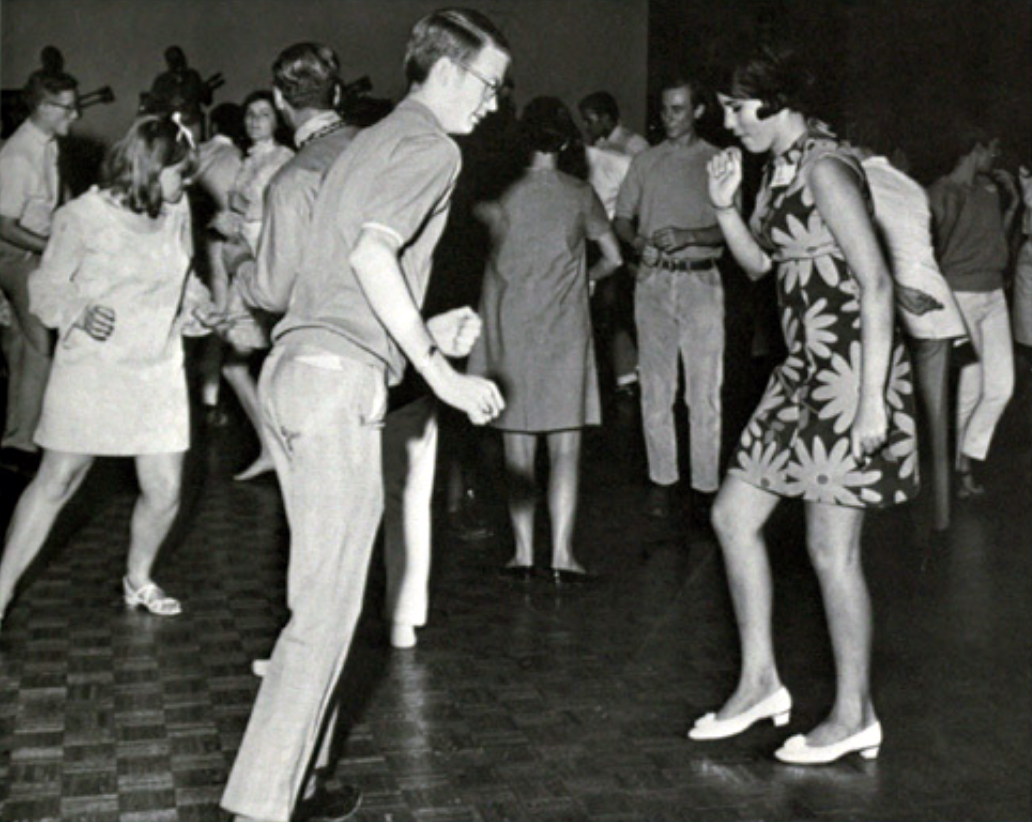 University of Houston – Class of 1969 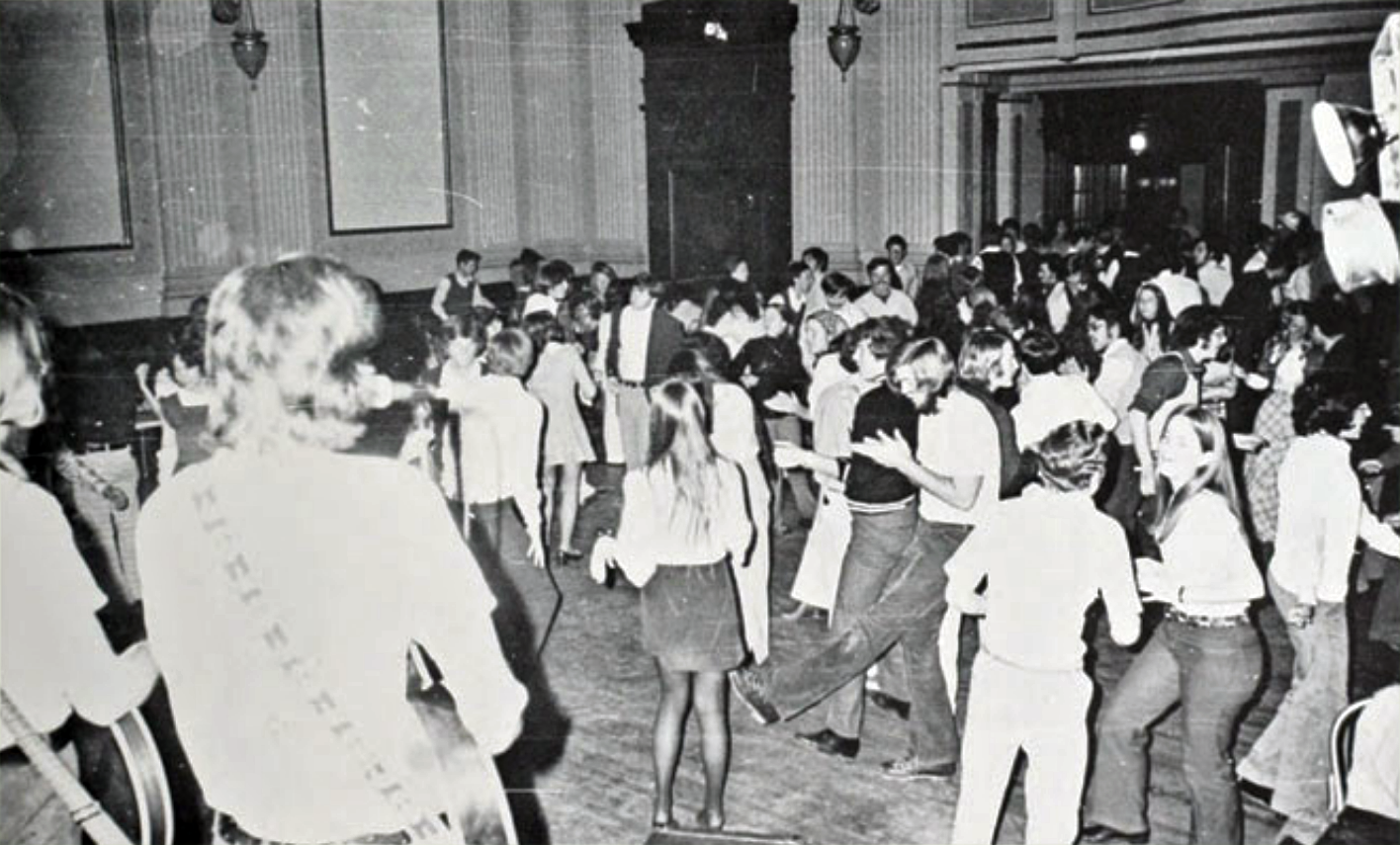 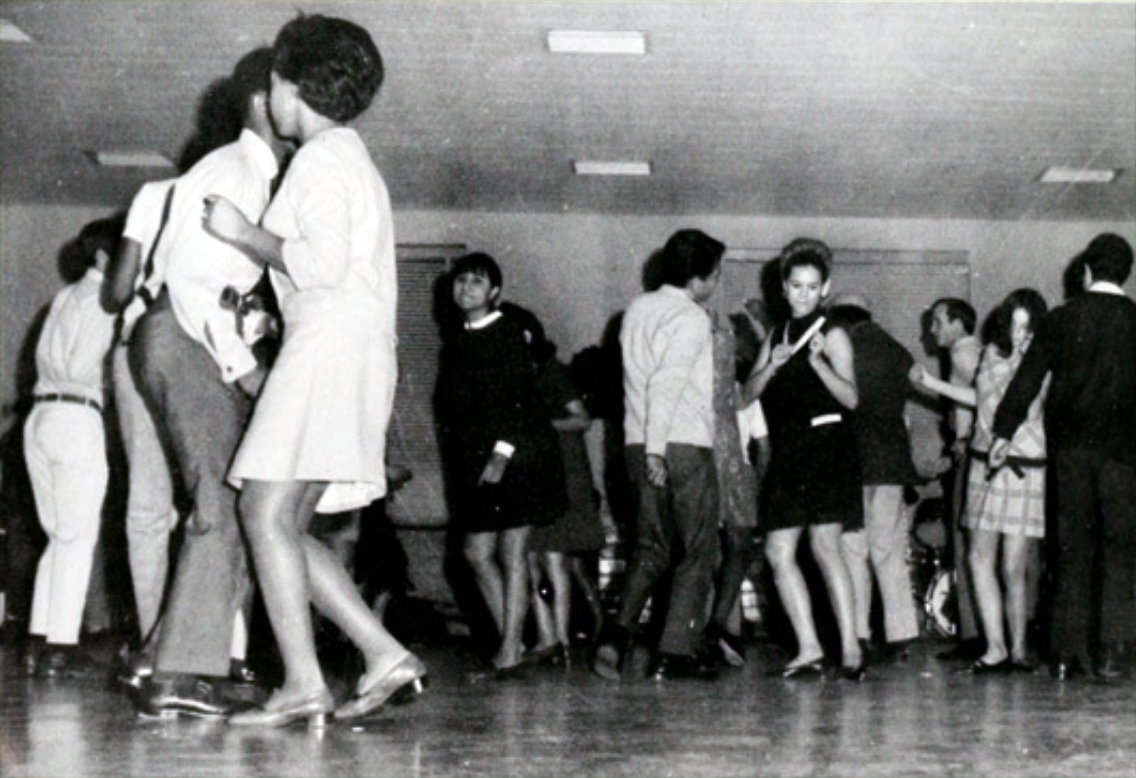