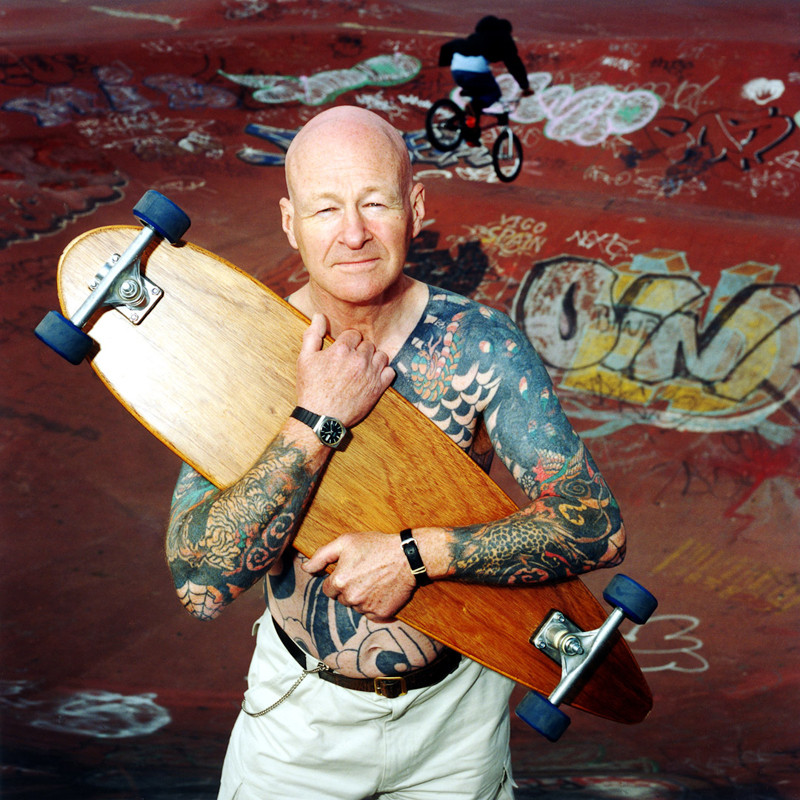 London-based photographer Muir Vidler recorded these wonderful photographs of what he calls ‘Rebels Without A Pause’. The pictures remind me of growing up in London and often seeing by Kilburn Tube station the man my mother dubbed, with some little affection, the ‘World’s Last Teddy Boy’. Dressed in his brothel creepers, drapes and yellow-dyed Ducks Arse hair-do, in the late 1970s WLTB stood out in a way he never would have in the Ted’s 1950s heyday. His peers dressed in ‘hearing aid beige’ looked dull, conforming and apologetic. But, then, maybe they always did.

My first job after moving to London was as a staff photographer for the gay scene magazine QX. I would go out three or four nights a week to shoot at different clubs. My favourite night was Love Muscle at the Fridge in Brixton, and it was there I met  Adrian Delgoffe, dancing by himself in a pair of leather pants and harness. Adrian was then in his early 60s, older than my dad, and I thought it was cool that he was out at Love Muscle instead of at home in front of the TV.

We arranged for me to visit him at home one day to shoot a portrait. Most of the shots I took were of Adrian wearing different fetish gear around the house, but at one point he mentioned that he also liked to skate, so we took his board to the skatepark and took some pictures there.

Through Adrian, I began thinking about people who don’t let their age define who they are, what they wear or how they act – the people that make the world a more interesting, better place. I wanted to shoot a series of portraits that celebrated those people, the people who never grew up. 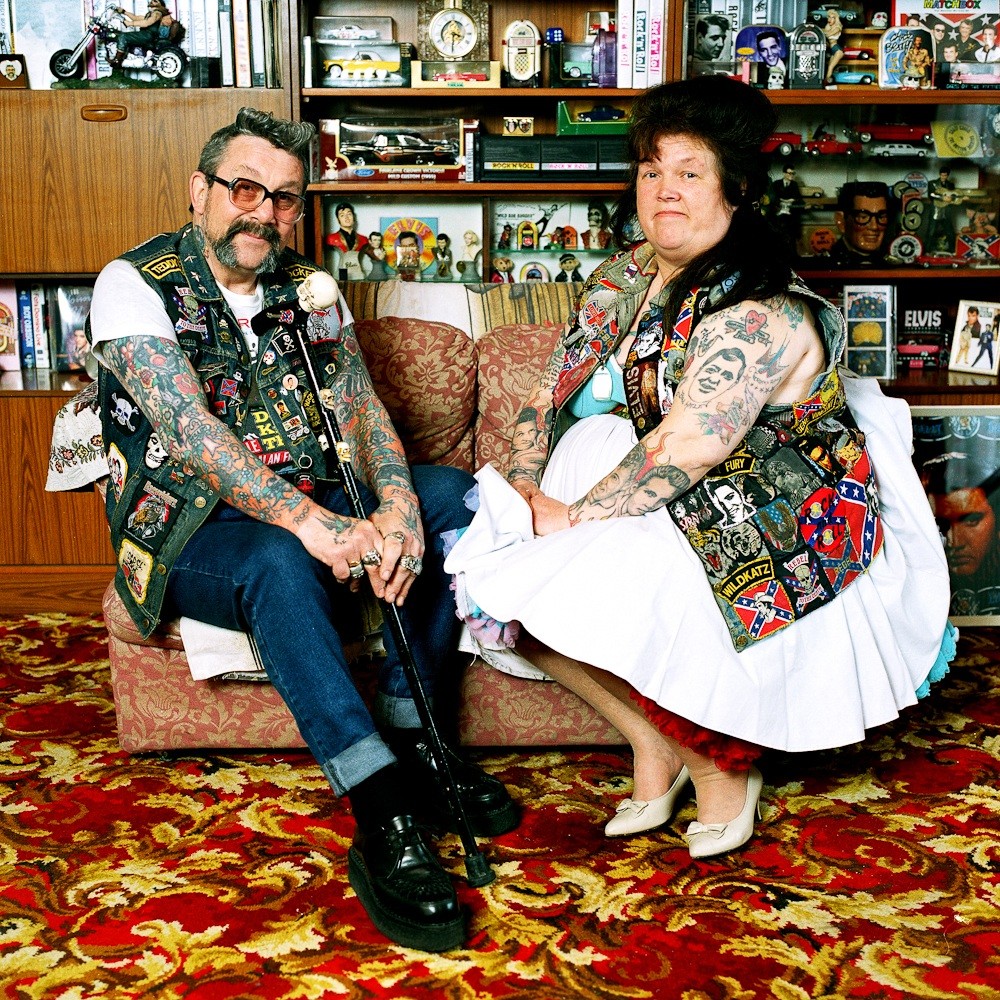 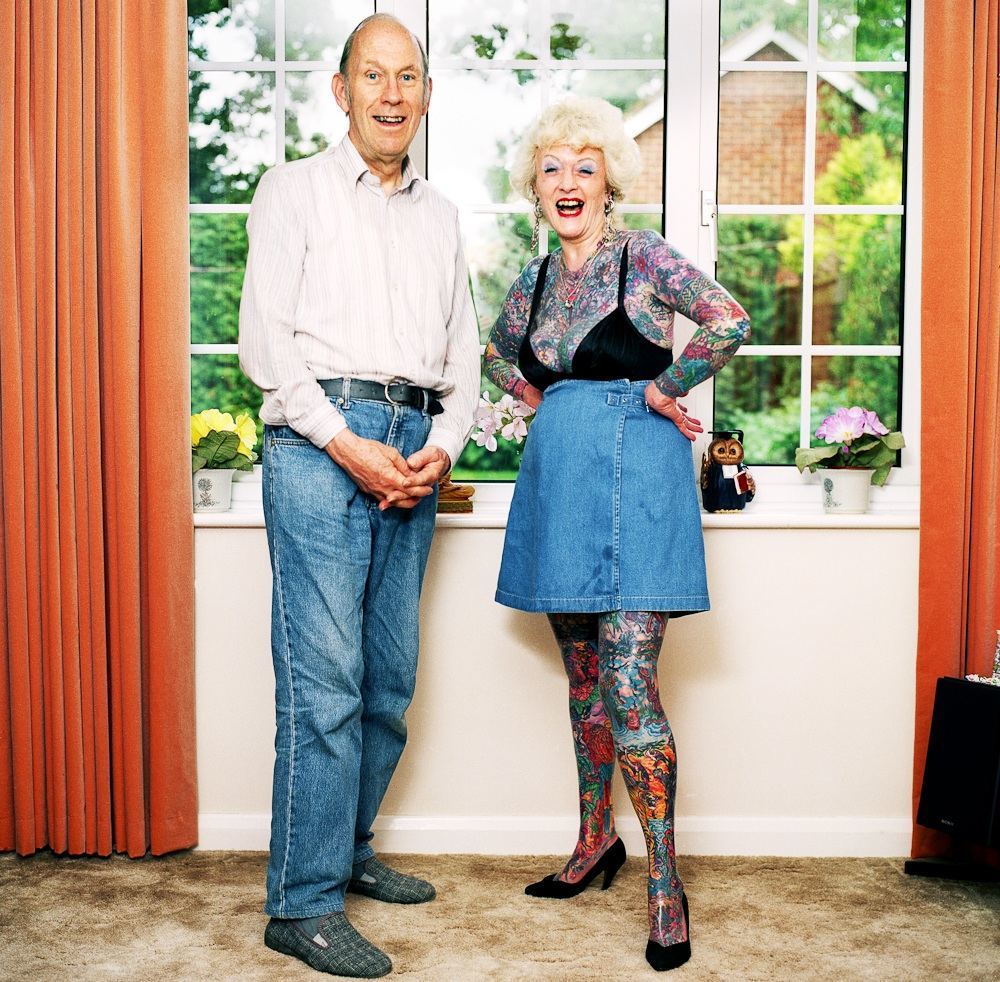 Isobel Varley is very famous in the tattoo world and is recognised by the Guinness Book of Records as being the world’s most tattooed senior woman. Since I photographed her, she’s had lots of penises tattooed on her face. Her husband, Mac, doesn’t have any tattoos. 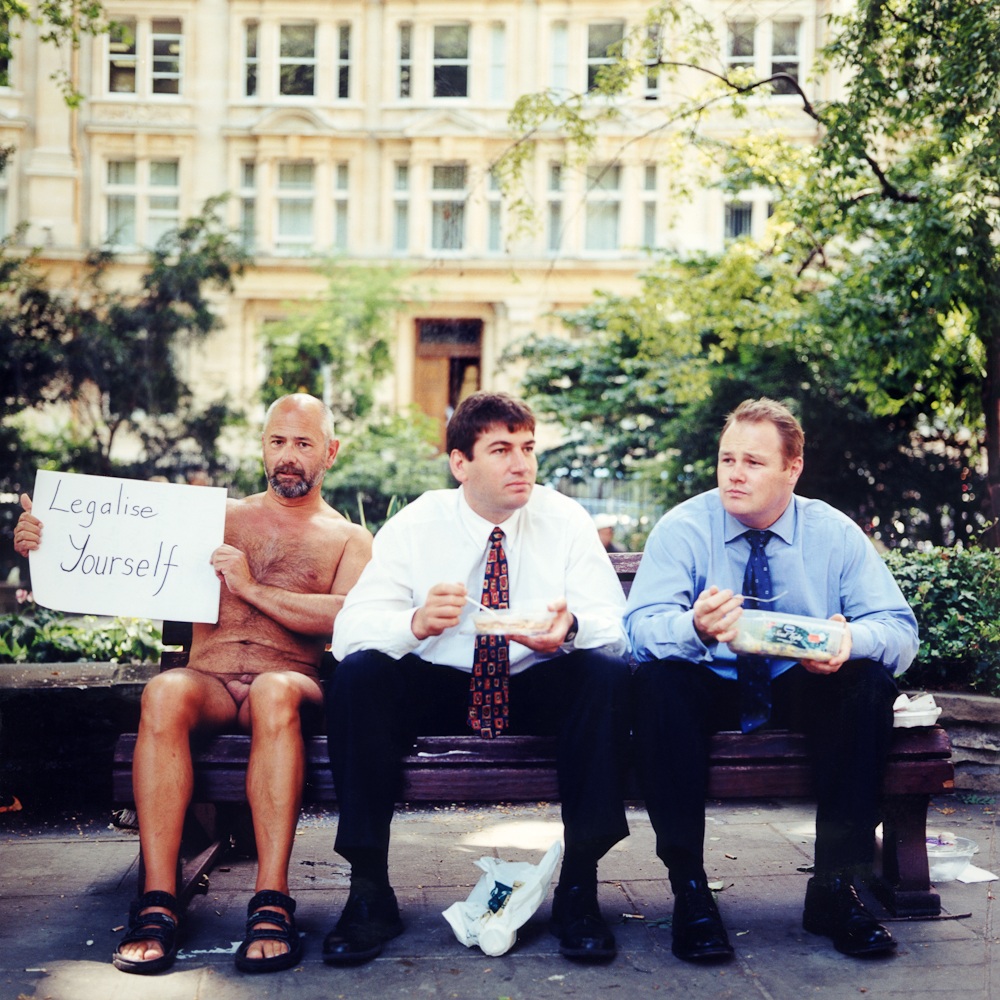 Ruairidh Clarke, member of the Freedom to be Yourself Campaign. 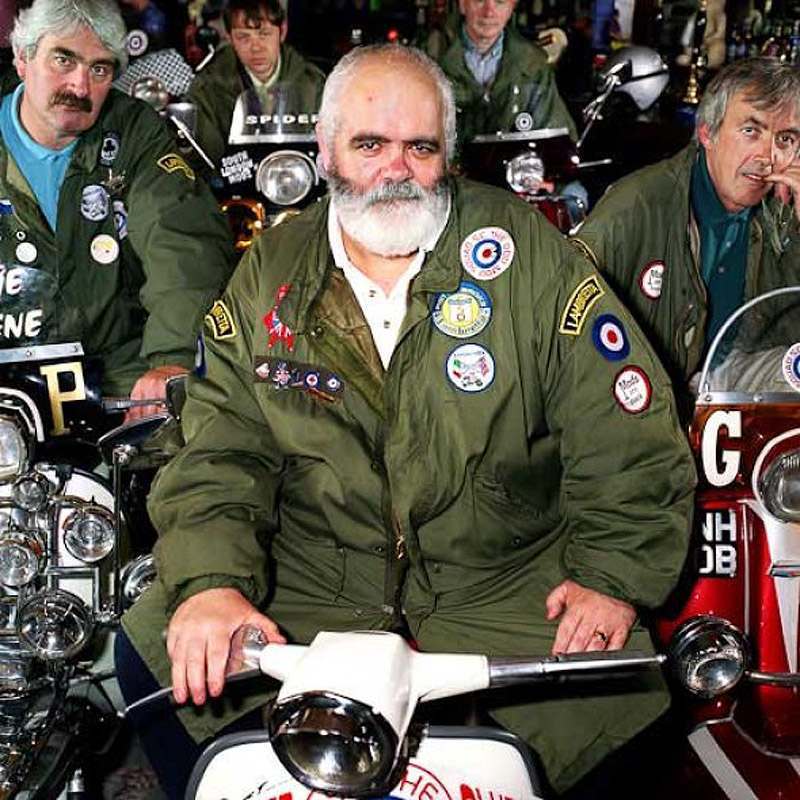 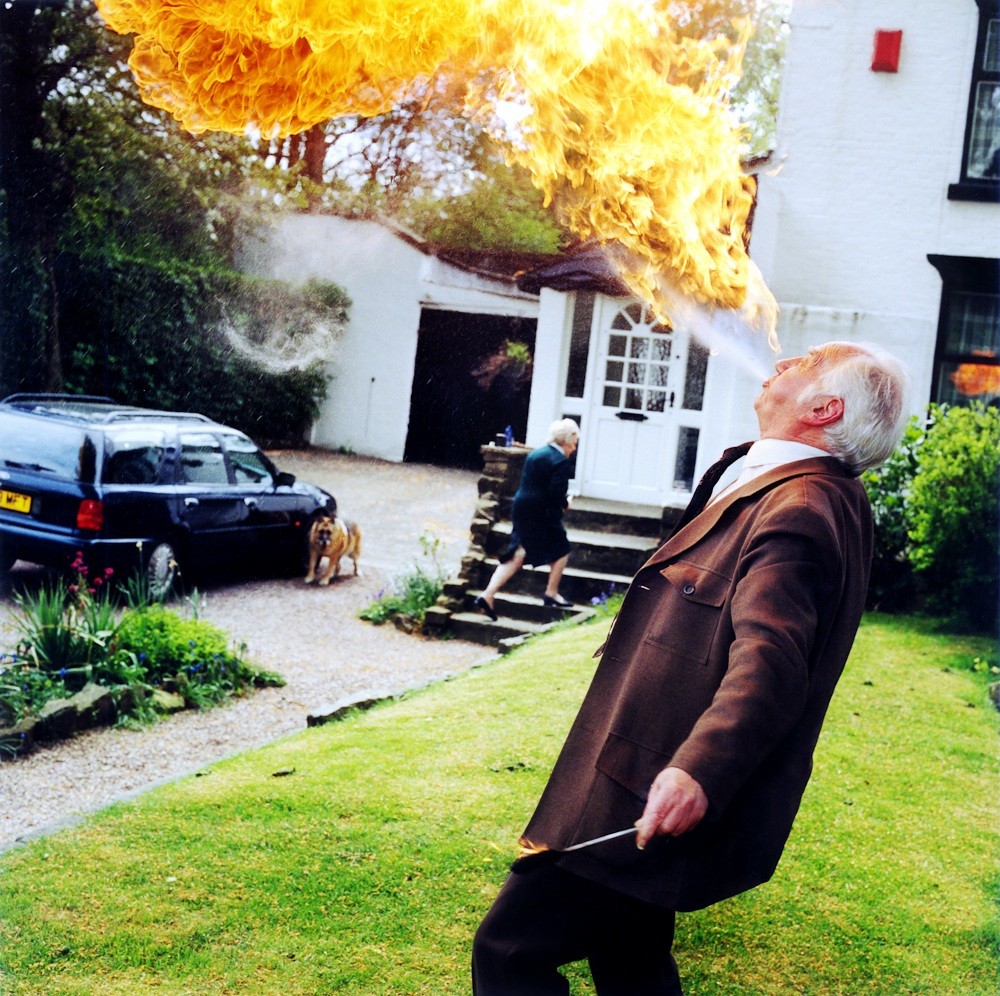 Danny Lynch, the Great Stromboli. Danny: ‘I’m 45 plus VAT now and I’ll be breathing fire even after they bury me, the bastards.’

Yeah, she was going into the house to make a cup of tea. She said, “Cup of tea darling?”, I said OK, then all of a sudden he was blowing fire and she was dashing off to put the kettle on. With the dog and the station wagon in the photo too, it was a very suburban backdrop. 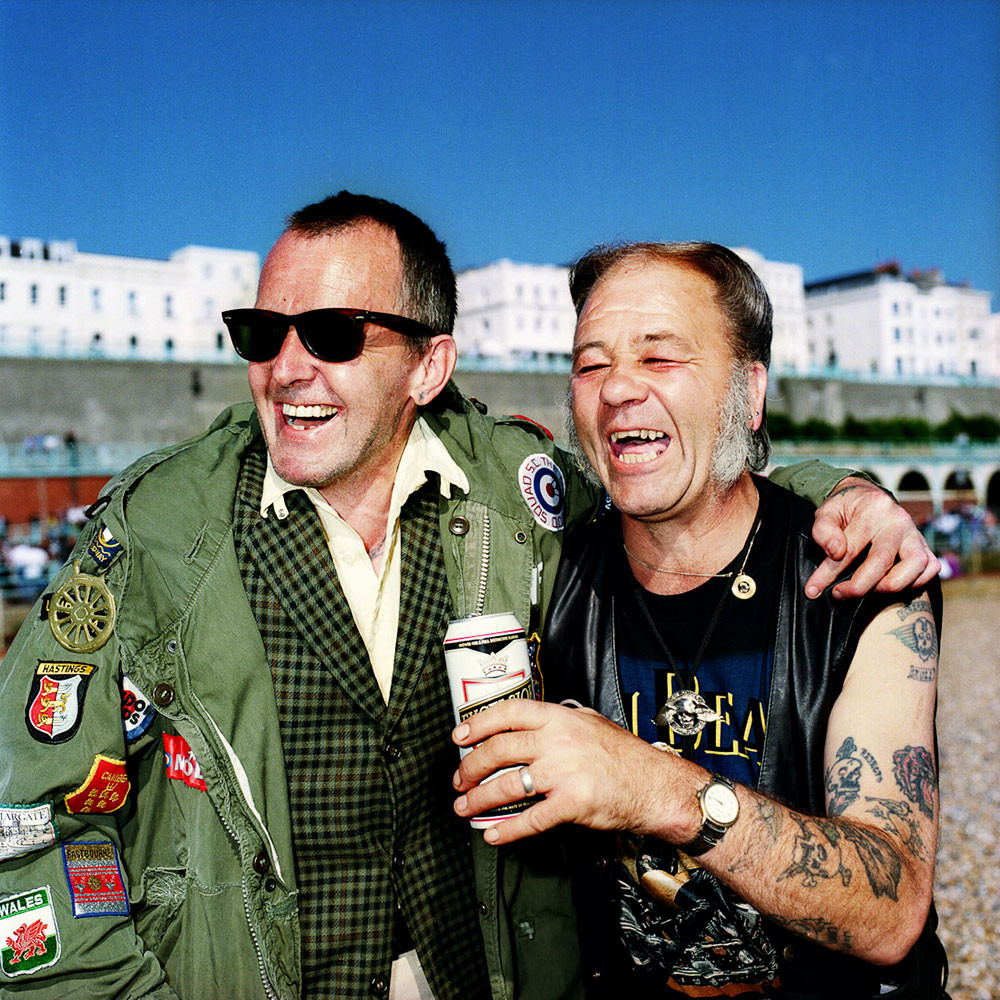 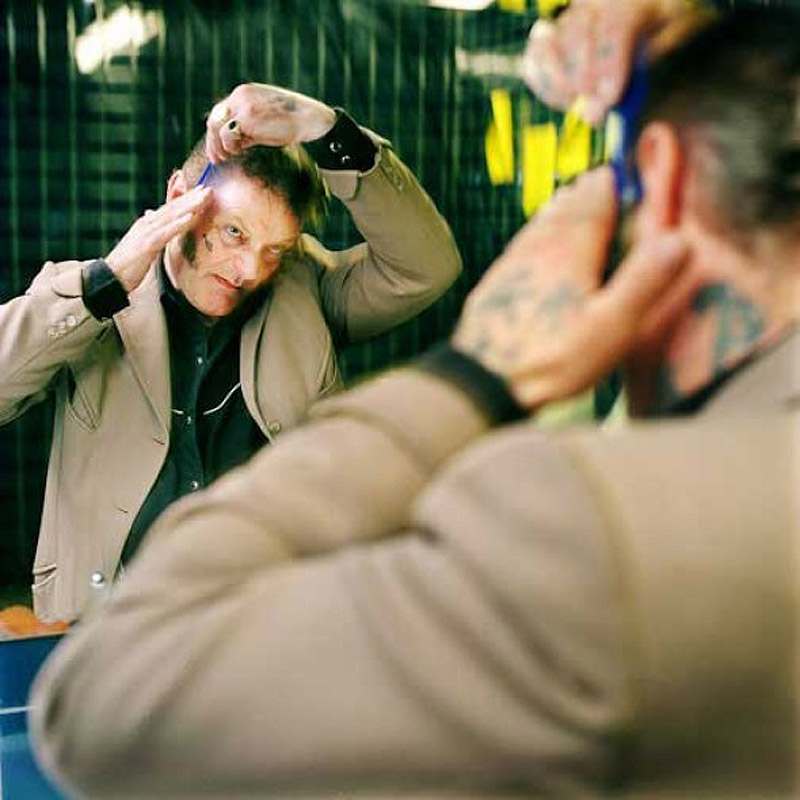 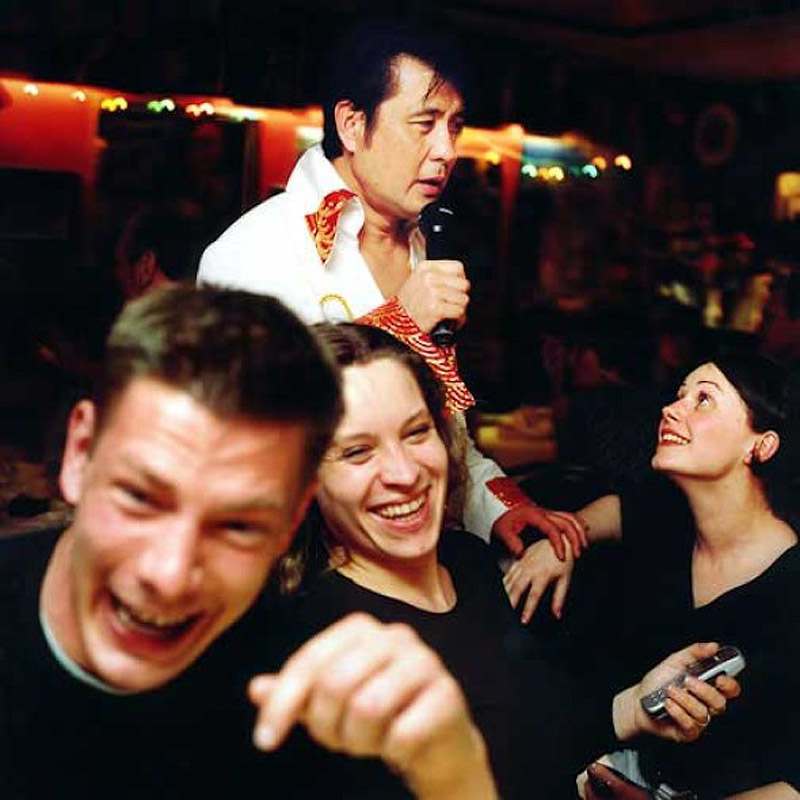 Paul: ‘When I sing I feel the spirit of Elvis flowing through me. What I do is very serious.’ 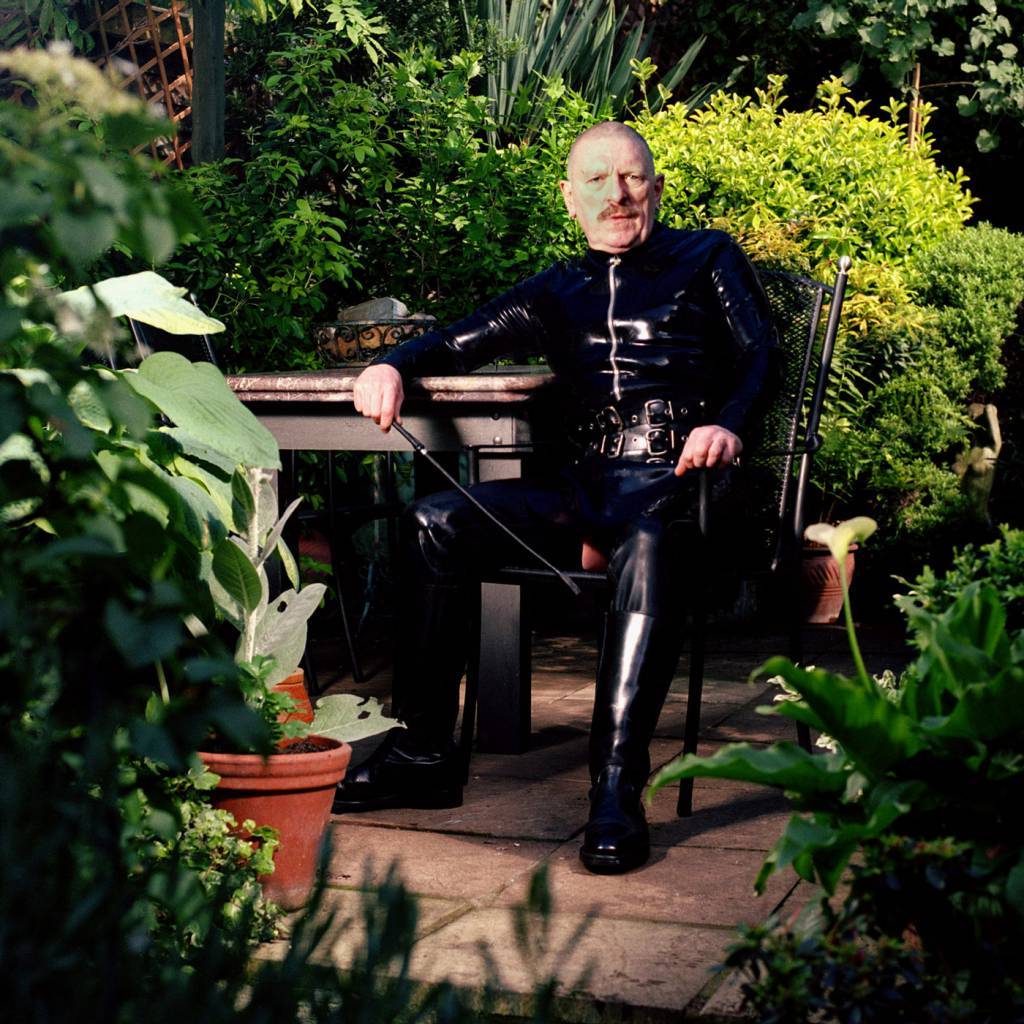 Sid: ‘In my spare time I either go to fetish clubs or do needlepoint. I like medieval tapestries.’ 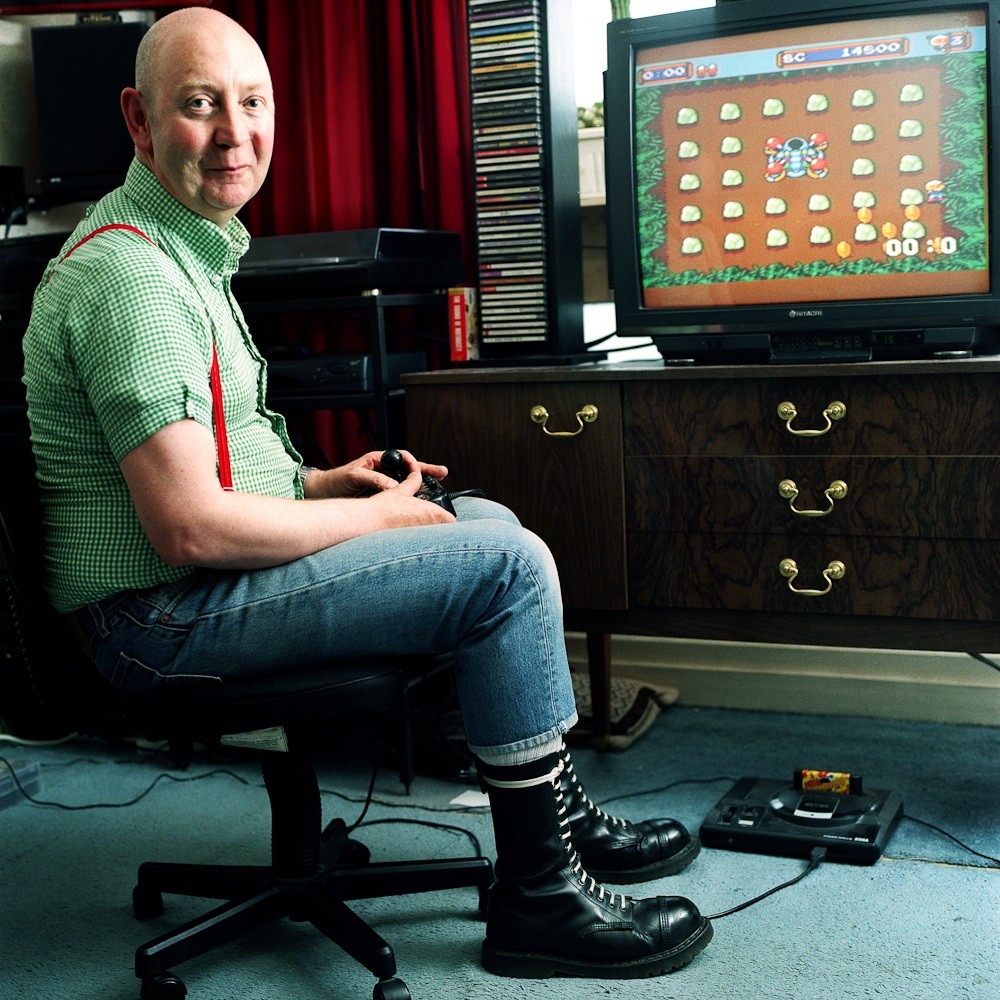 John: ‘I’m an original skinhead from 1969, however like most gay skins I still see myself as being young. I like to knock around with younger people and get used to the new things. All the young guys I know now are always talking about ‘poonani’. I suppose in 10 or 20 years people will stop saying it. It makes me feel up to date and younger to keep up with new slang…’