I’m not going to bore you with an outline of the history of miniature golf (that’s ‘crazy golf’ to our readers in the UK). 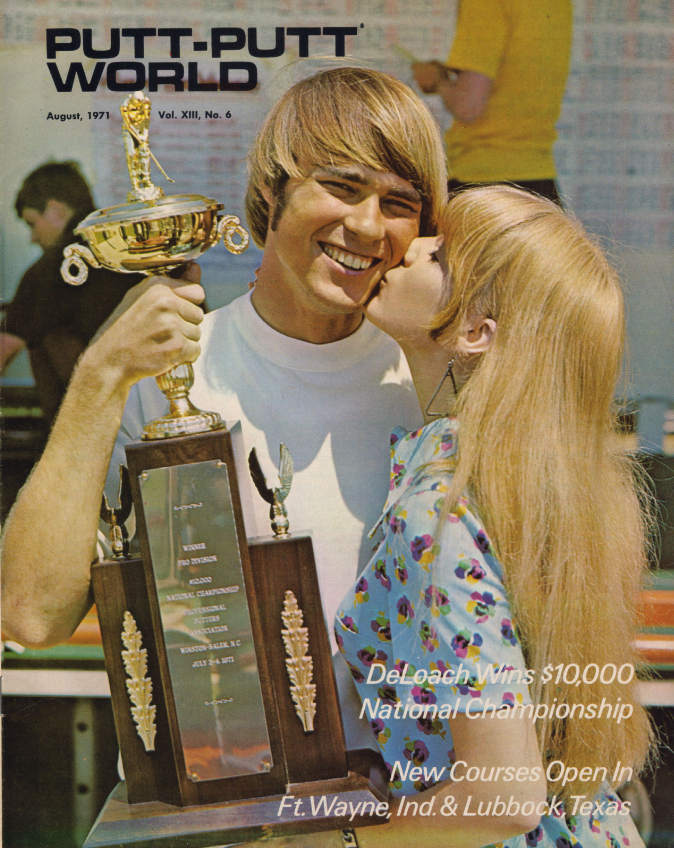 Instead, I’ll just hit you with a bunch of cool images from the Golden Age of Putt-Putt. What’s that? You didn’t think there was such a thing as a Golden Age of Putt-Putt? Au contraire. As a matter of fact, miniature golf was what you might call a national pastime during the sixties and seventies. Before Xtreme sports and video games where you can realistically murder prostitutes, we were amused by putting balls through tiny windmills. In fact, miniature golf was – dare I say it? – cool. (gasp)

If you don’t believe me, at least listen to Isaac Hayes… 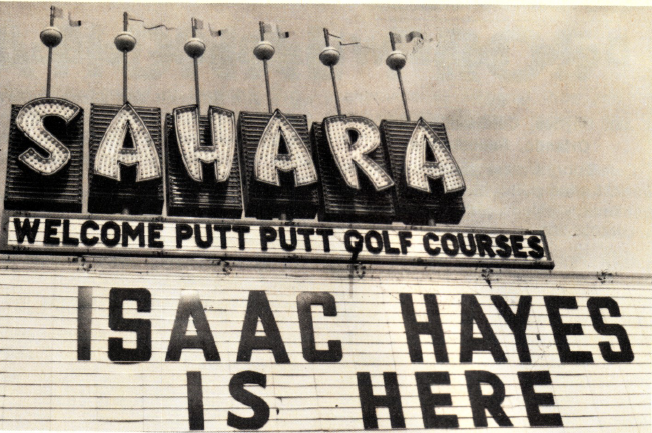 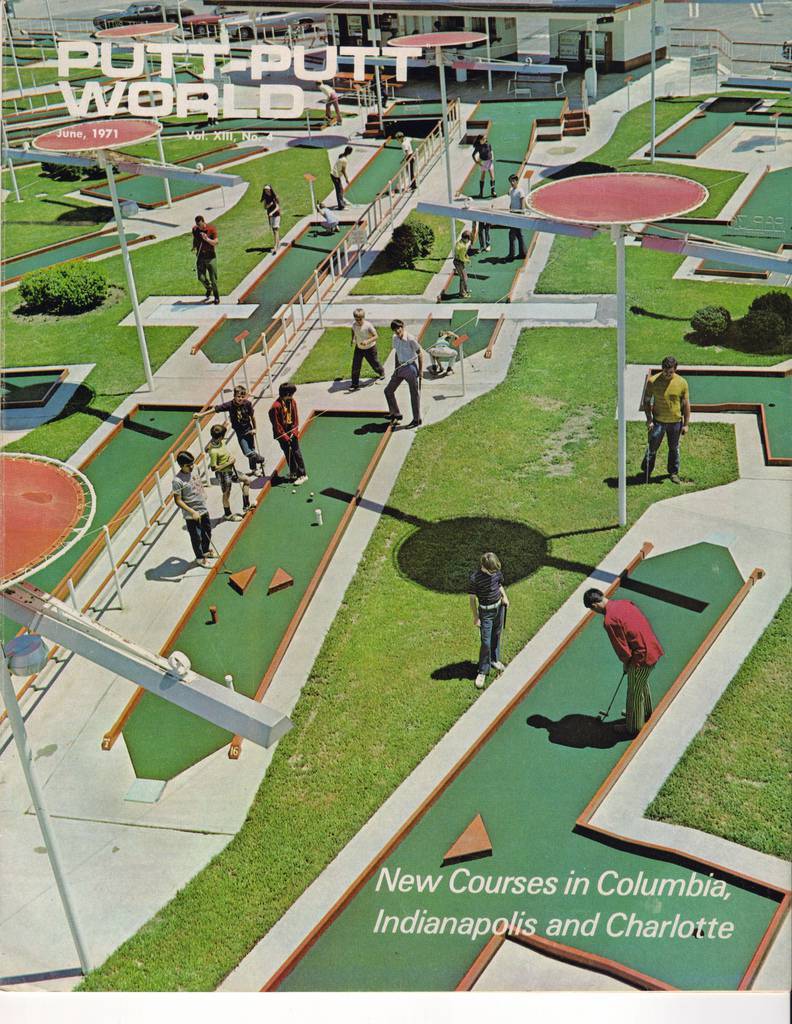 First, let’s have a look at some of the covers of Putt Putt World magazine. If you’re expecting lame Kodachromes of various courses, think again. These are nothing short of a godsend – brilliant artifacts of a day when miniature golf actually was cool. Check ’em out. 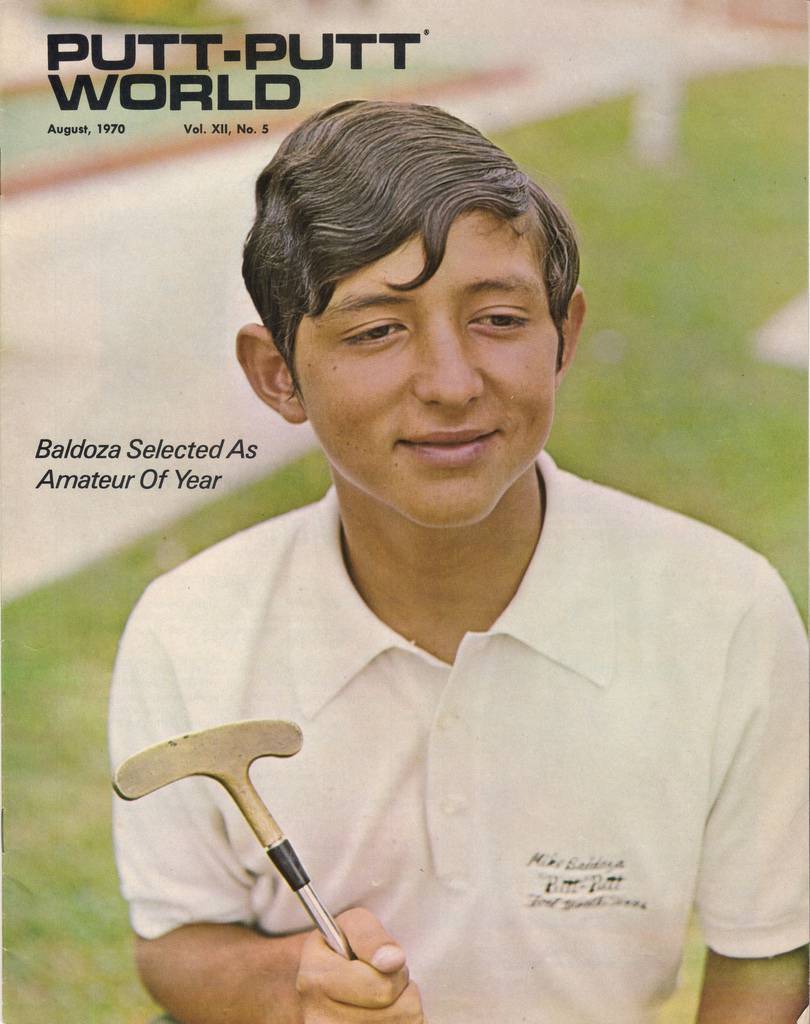 Easy on the hair cream there Baldoza. Looks like a handful of Vaseline went into that hairdo. 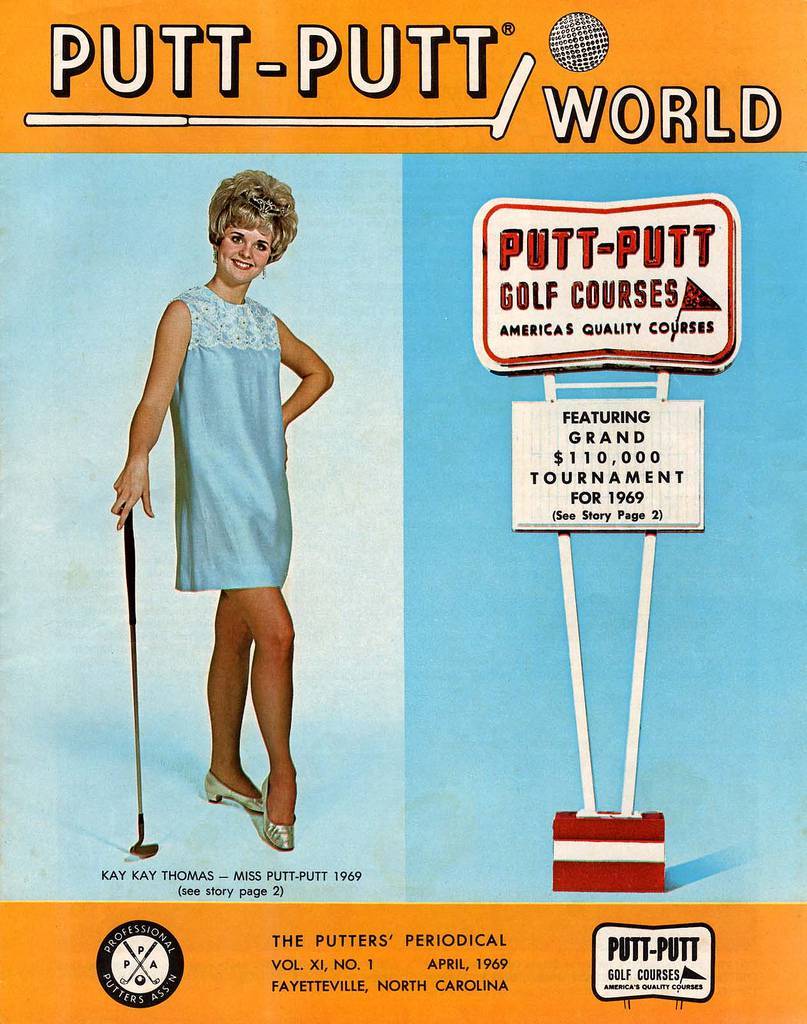 If you can divert your eyes from the miniskirt for a moment, check out the 110 grand they’re offering at a putt putt tournament! Are you kidding me? That’s roughly 950 thousand dollars today! 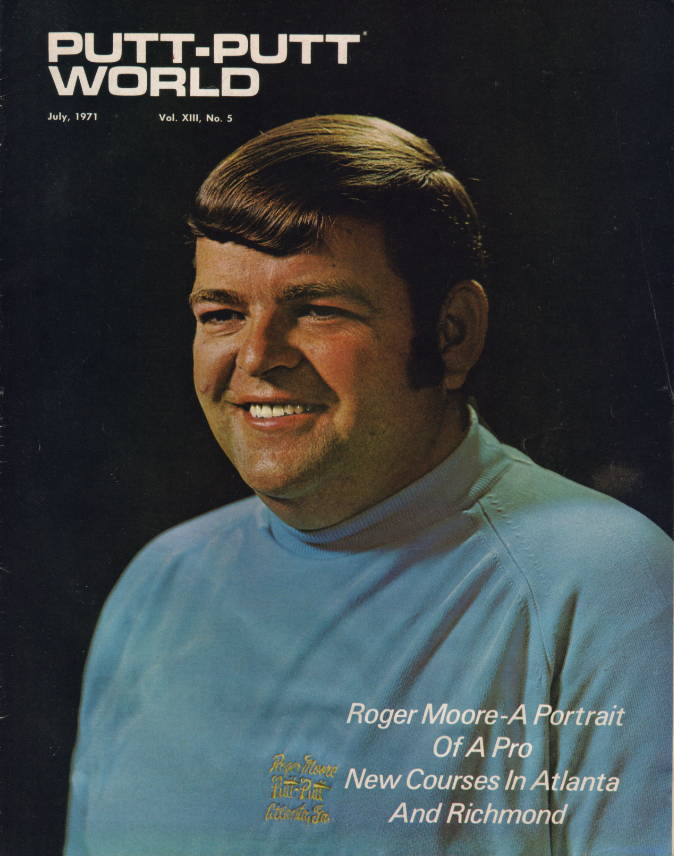 Here he is, the 007 of the miniature golf world, Roger Moore. 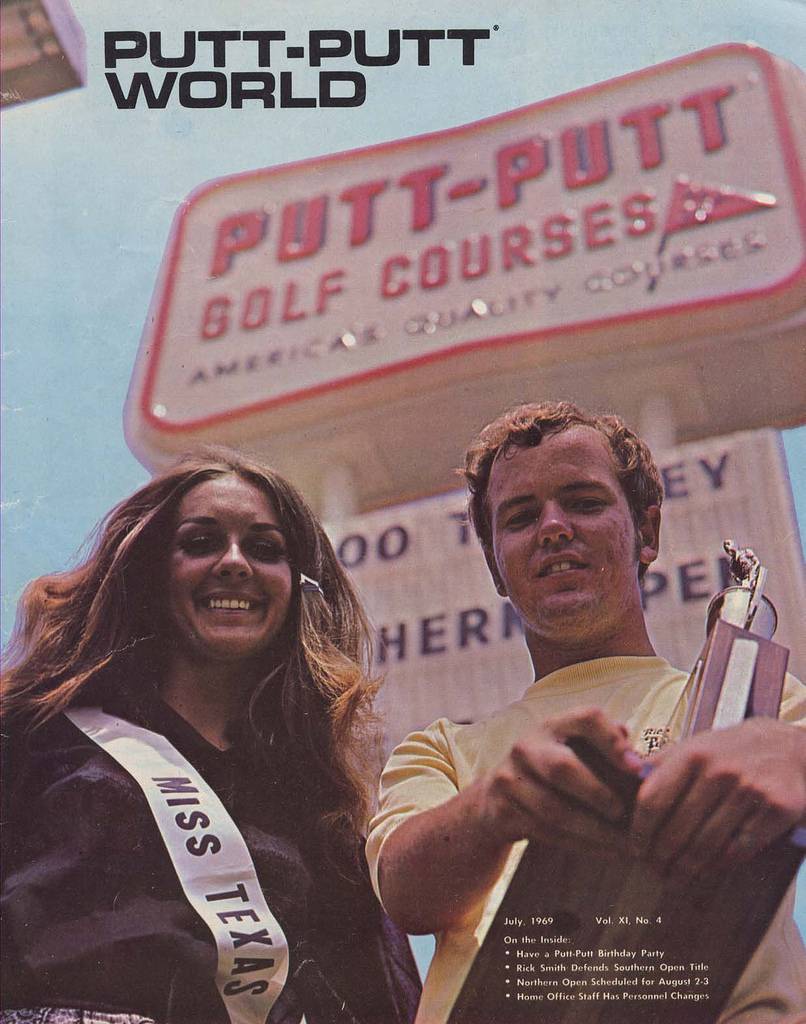 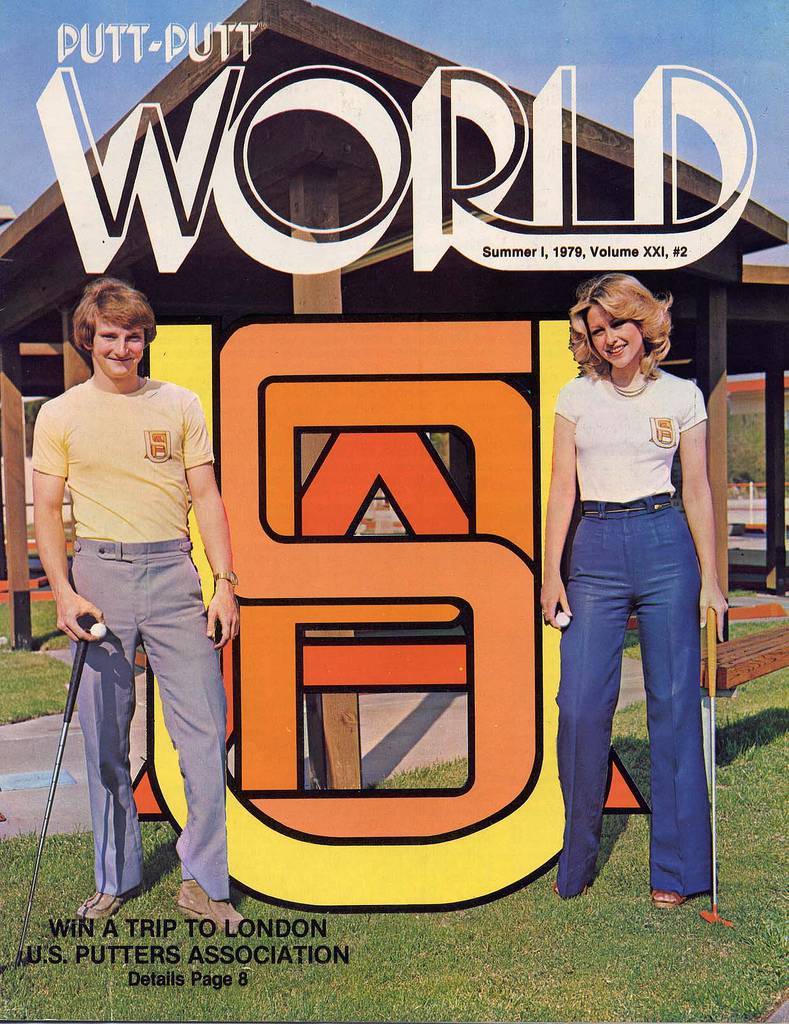 Little known fact: The US Putters Association has history’s most convoluted logo. 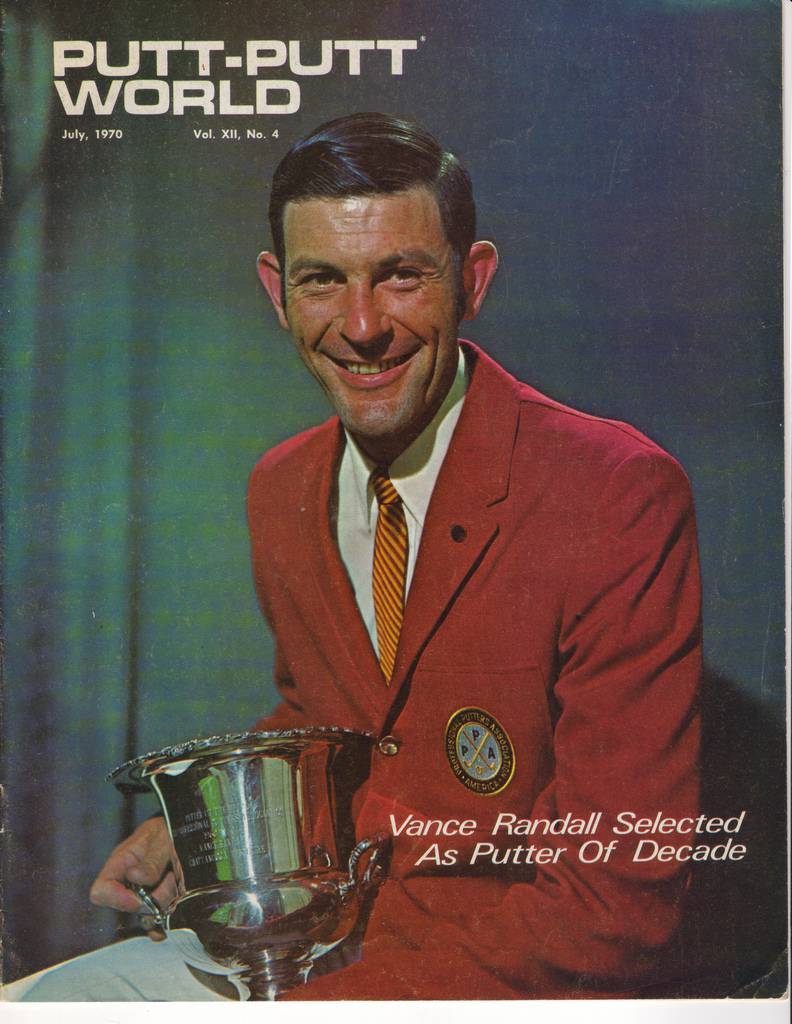 He’s going to keep his trophy in his living room, right next to the mummified remains of his dear mother. It’ll go perfectly with the lampshade made of human skin. 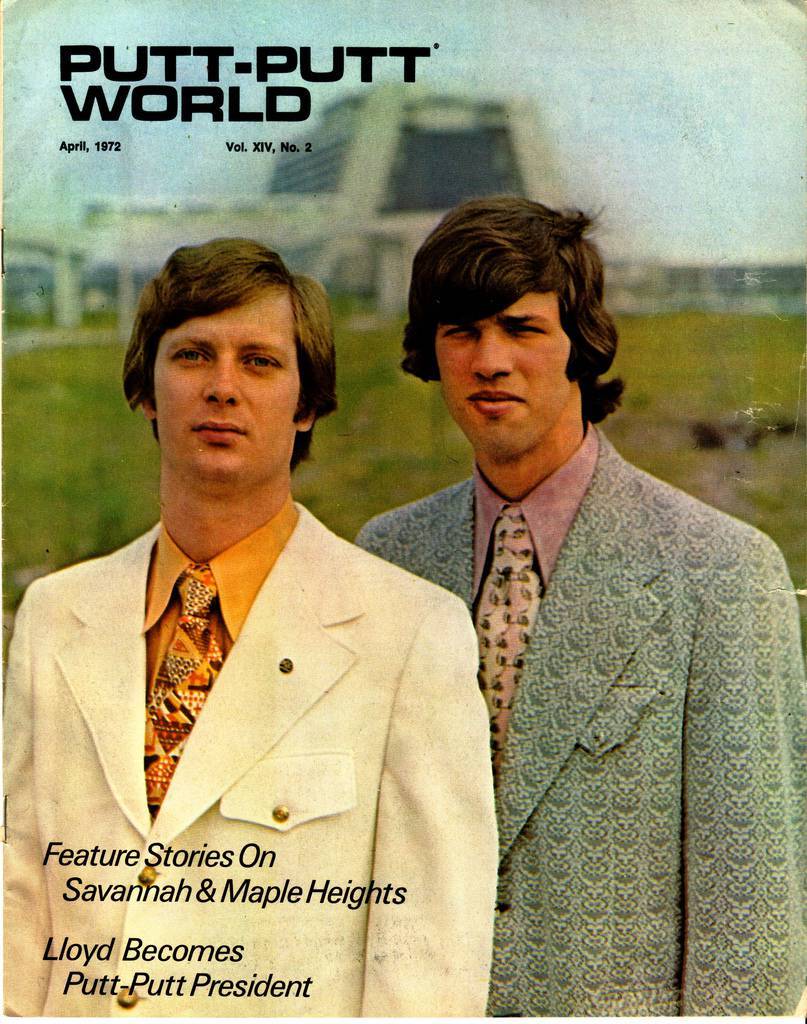 Prior to becoming an actor, James Spader was actually a world class putt putt golfer. It’s true. Look it up on IMDb! 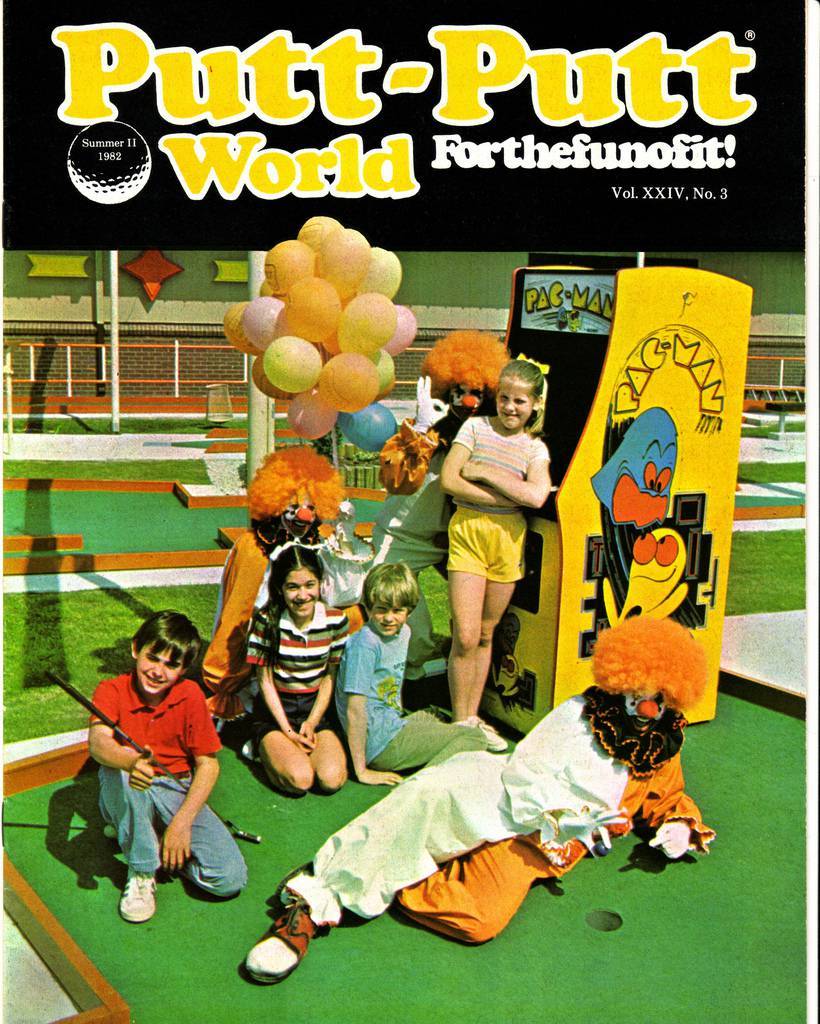 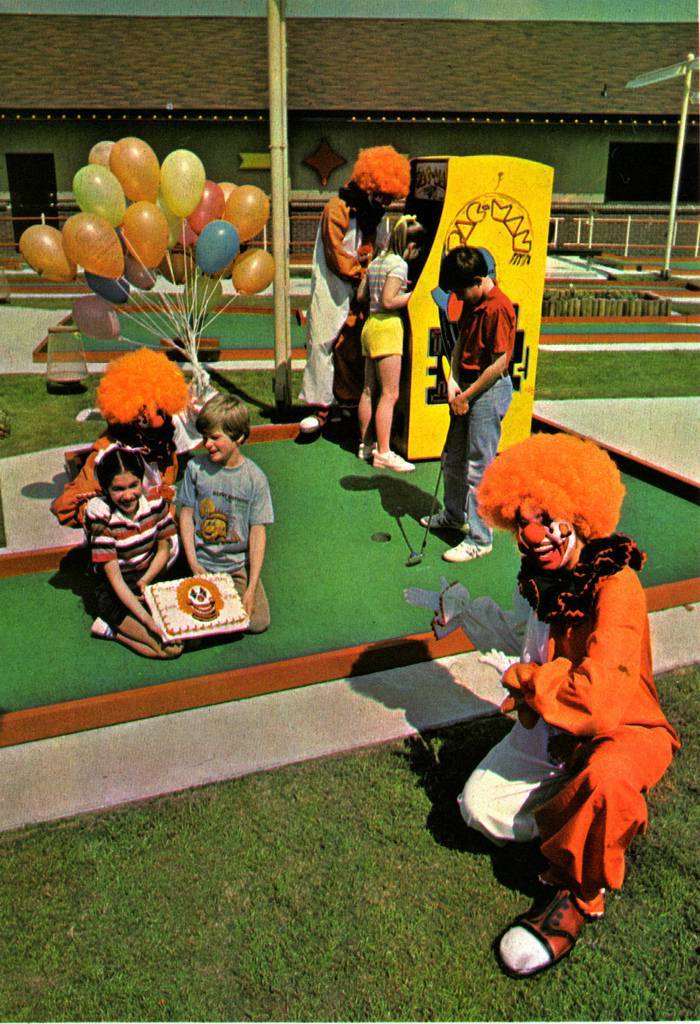 Is this what fourth graders see when they drop acid? 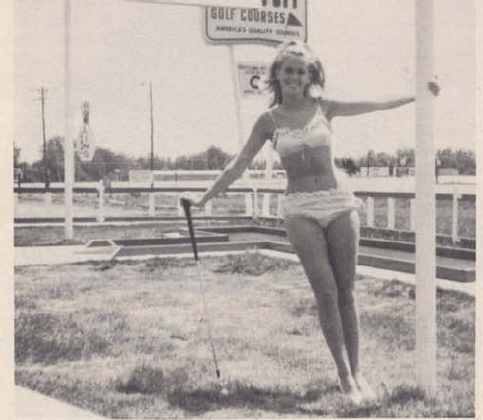 Okay, for you guys that hung in there through all the Putt-Putt World covers, here’s your reward: the lovely ladies of putt-putt! 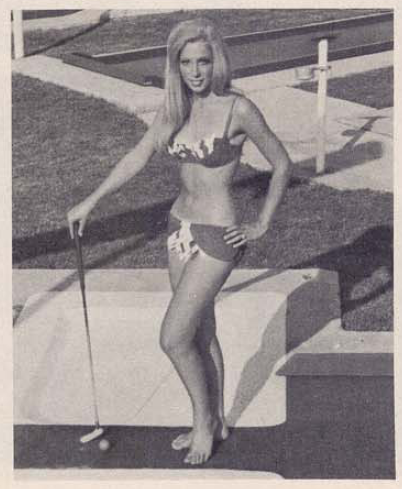 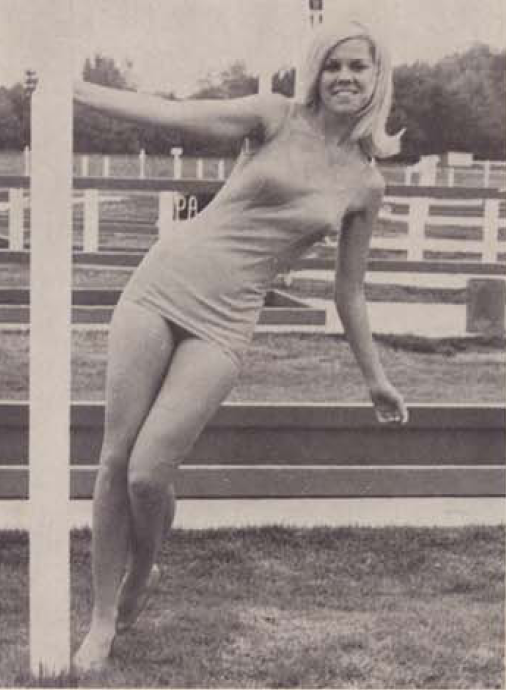 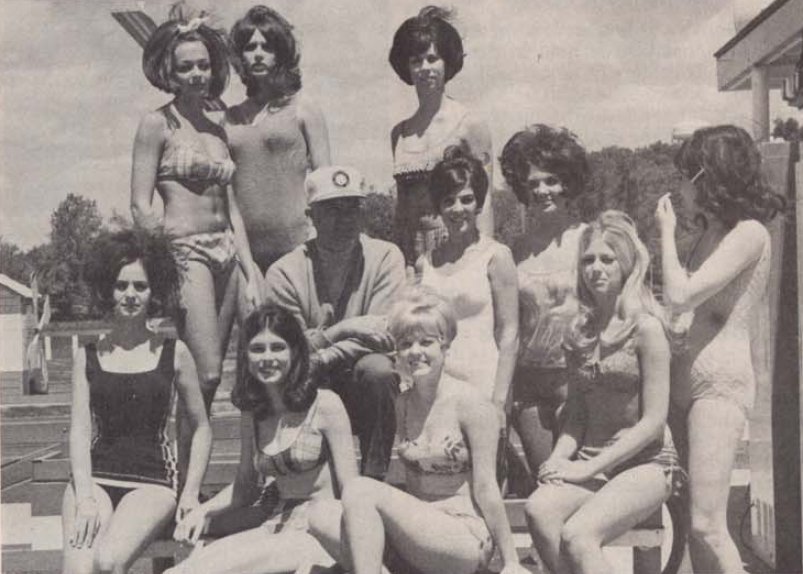 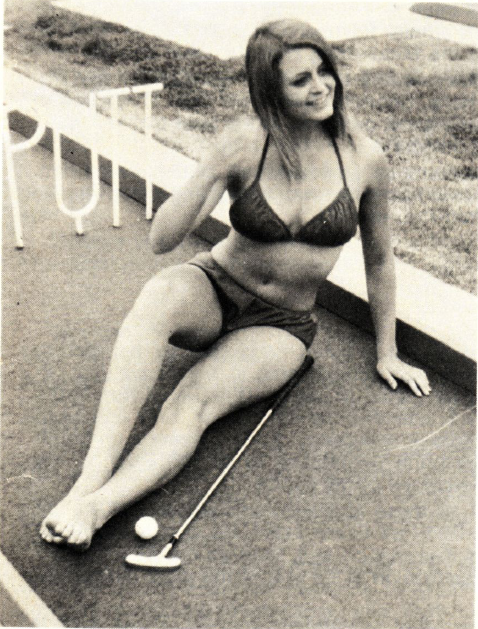 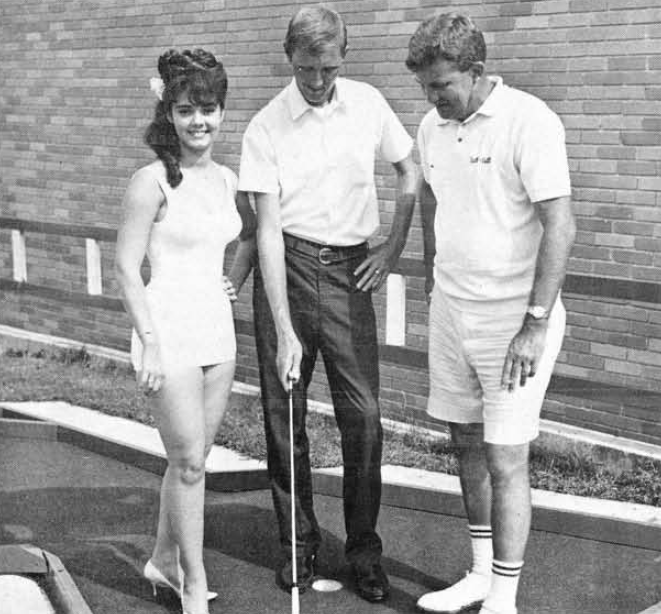 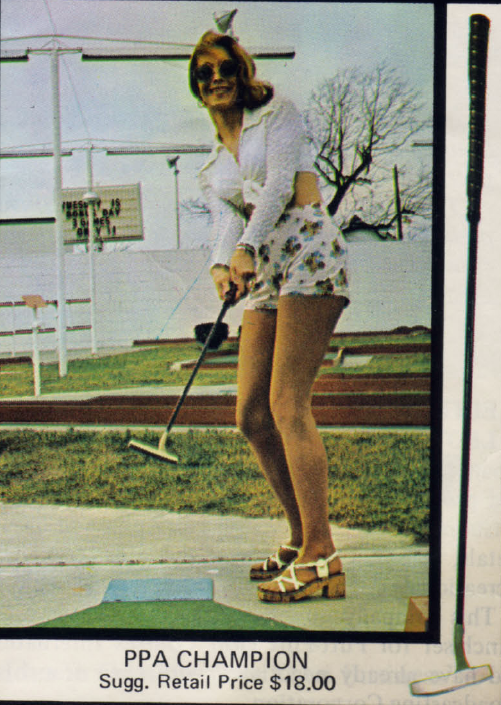 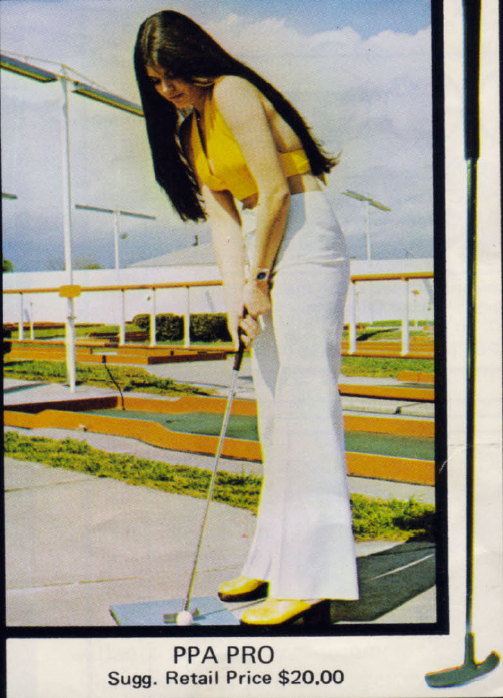 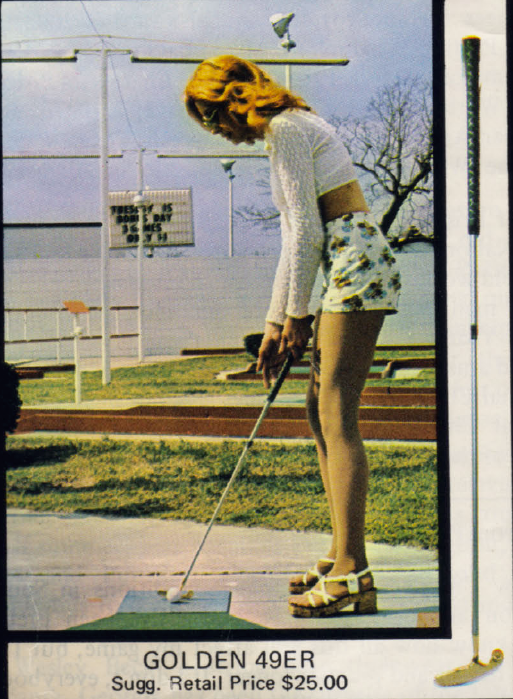 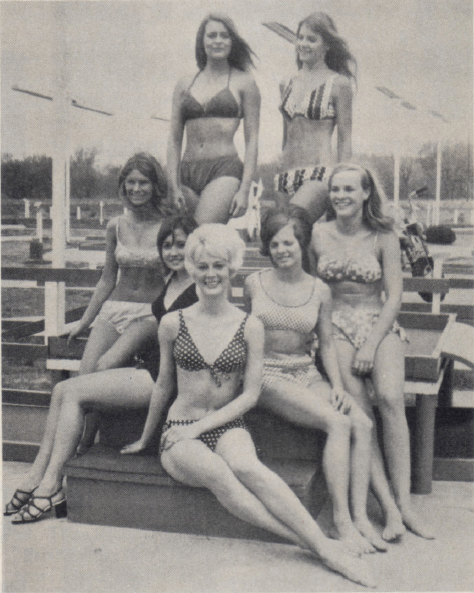 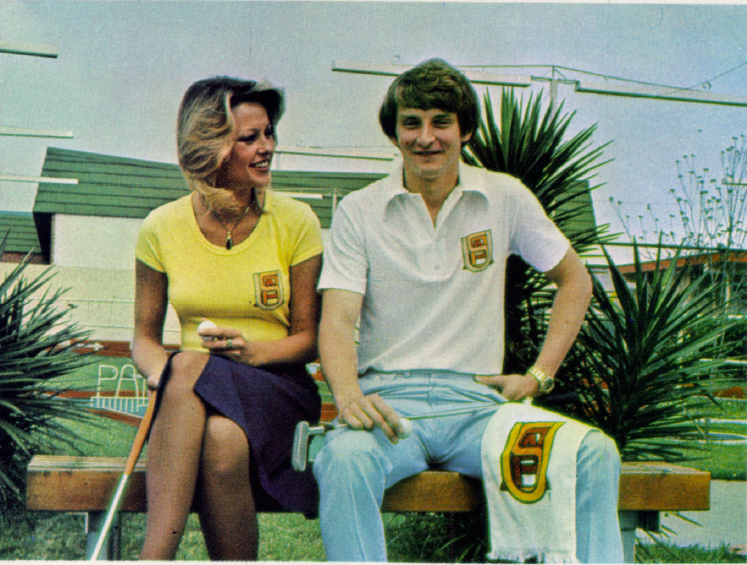 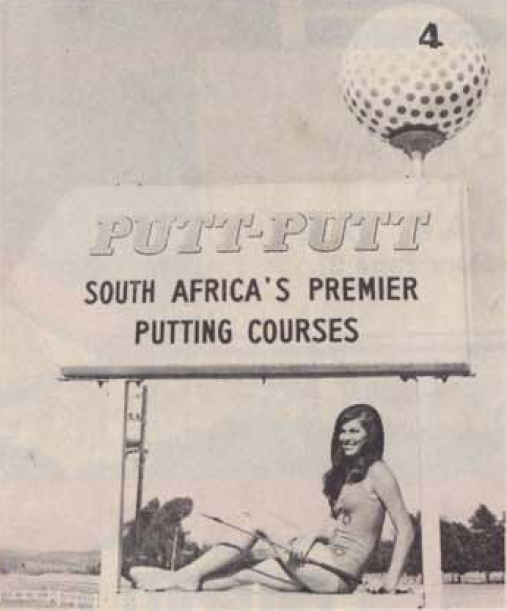 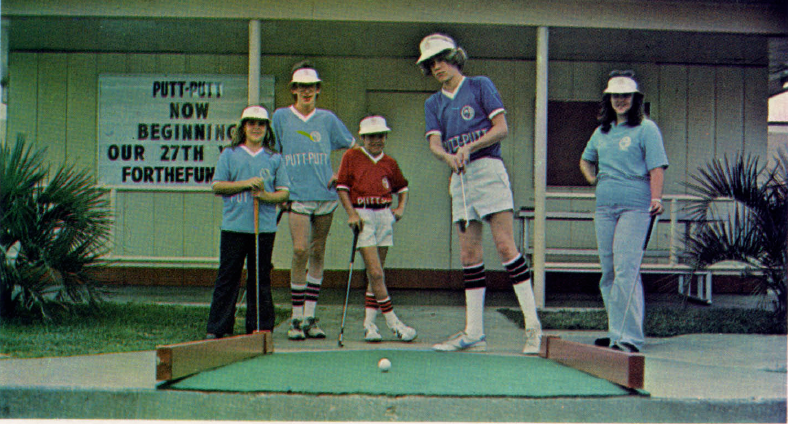