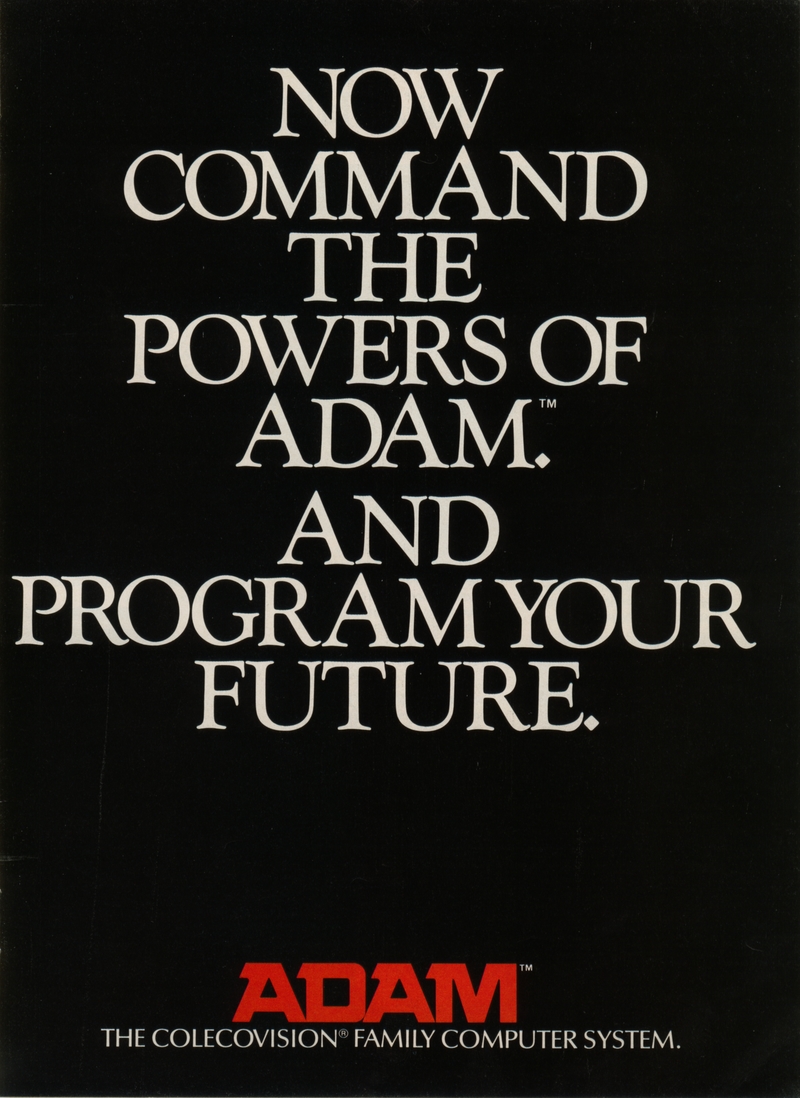 The year 1983 was not a good one for video games or computer systems.

On the former front, the worst video game ever made (Atari’s E.T.) caused a market crash.

And on the latter front, Coleco created one of the great disasters of home computing: Adam – The Colecovision Family Computer System.

On paper, Adam looked great. The computer was advertised as “thinking like you, so you don’t have to think like a computer.” 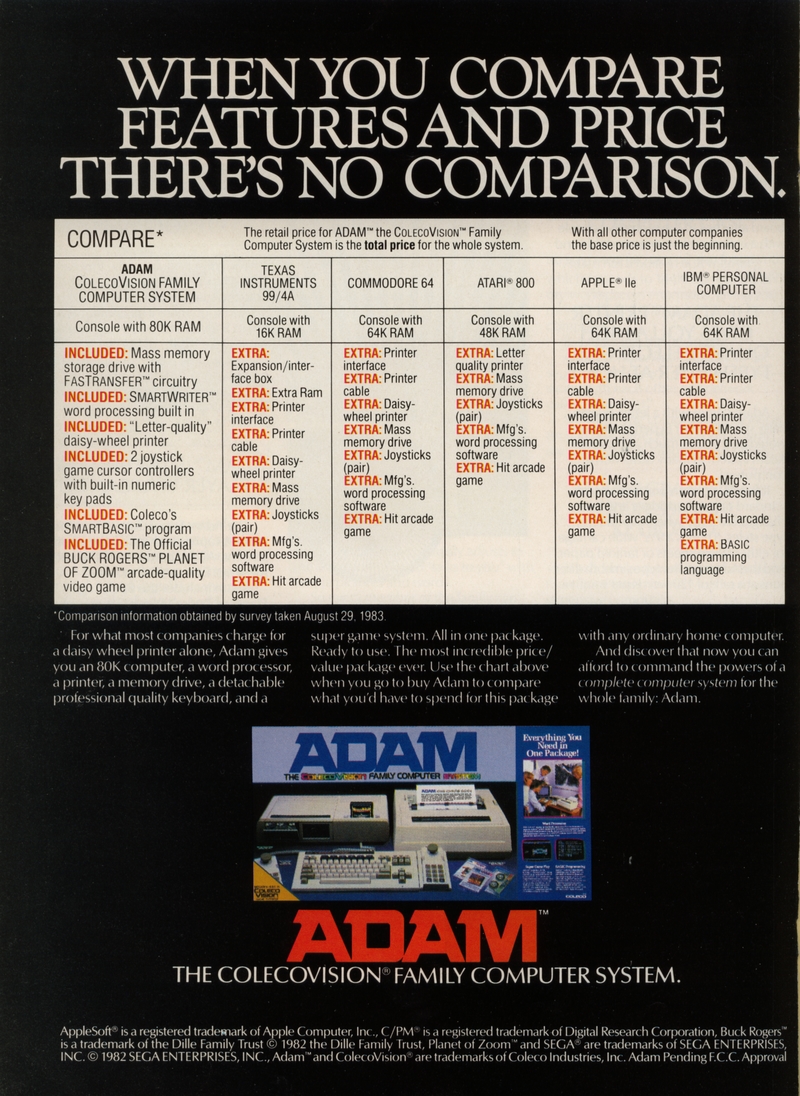 And Adam was also promoted for being an all-in one system, selling in stores with a disk drive, a printer, word processing software (Smart Writer) and even a game: Buck Rogers: Planet of Zoom. The price for Adam wasn’t extravagant either, under 600 dollars.

But something went terribly wrong.

The Coleco Adam missed multiple shipping dates in October of 1983, jeopardizing profits in the holiday season, and ultimately failed to sell 100,000 units by Christmas of that year.

Worse, it was rumored that five out of six Adam computers were being returned by consumers because of defects.

Well, one catastrophic and all-too-common glitch caused disks in the disk drive to be erased on boot-up.  That meant all data was lost…permanently.  And this was a “Family” computer system, meaning that Adam was being used by students in school, on term papers and other projects. 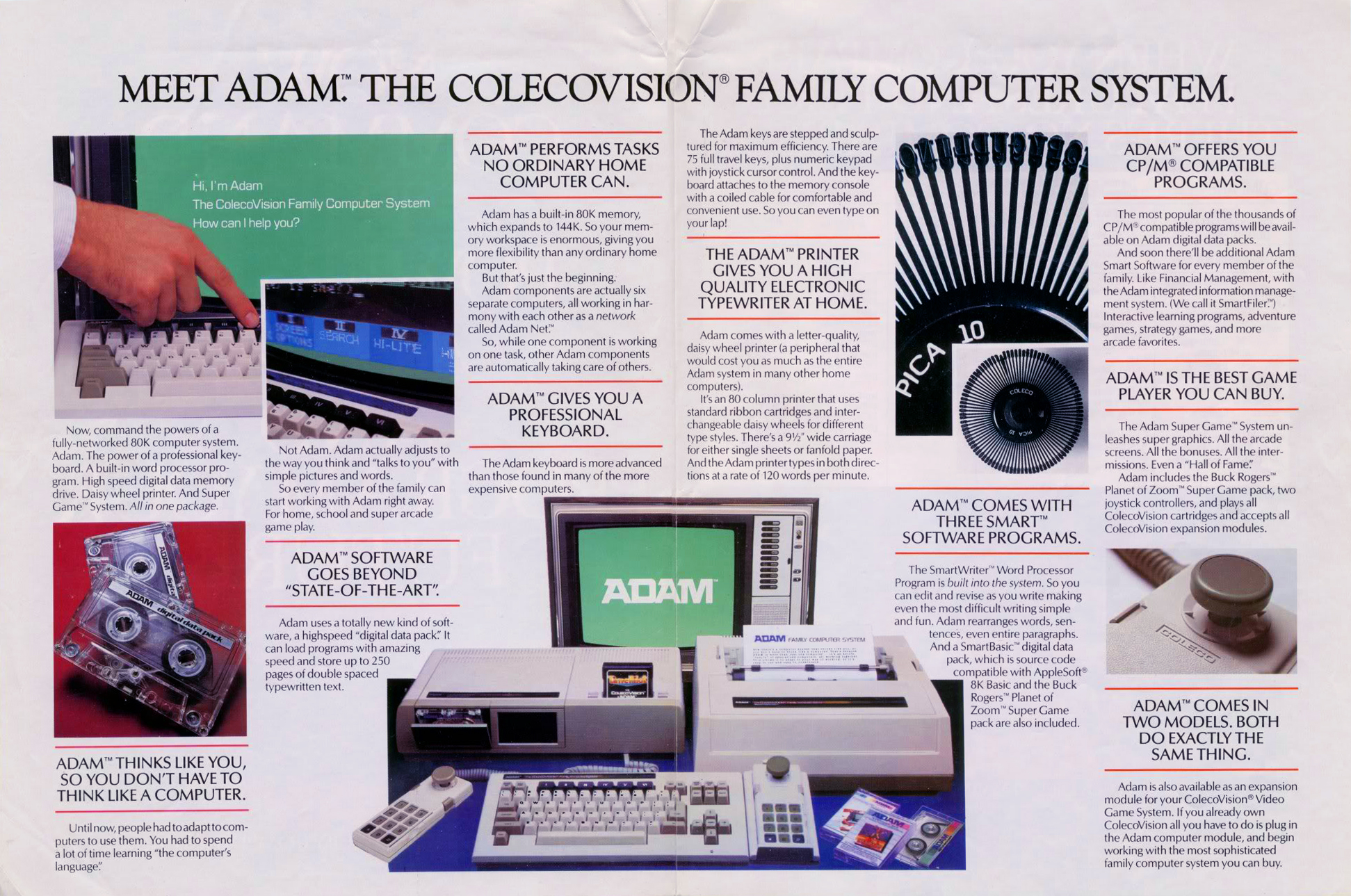 The Adam Computer was predictably discontinued in 1985, and the reasons were obvious. Coleco reportedly lost thirty million dollars in 1983, and over thirteen million in 1984, just on Adam.

Instead of programming Coleco’s future, Adam sabotaged it!  This brought to mind Adam’s TV commercial tag line: “Is that legal?”

Here are some vintage commercials for Coleco’s Adam: