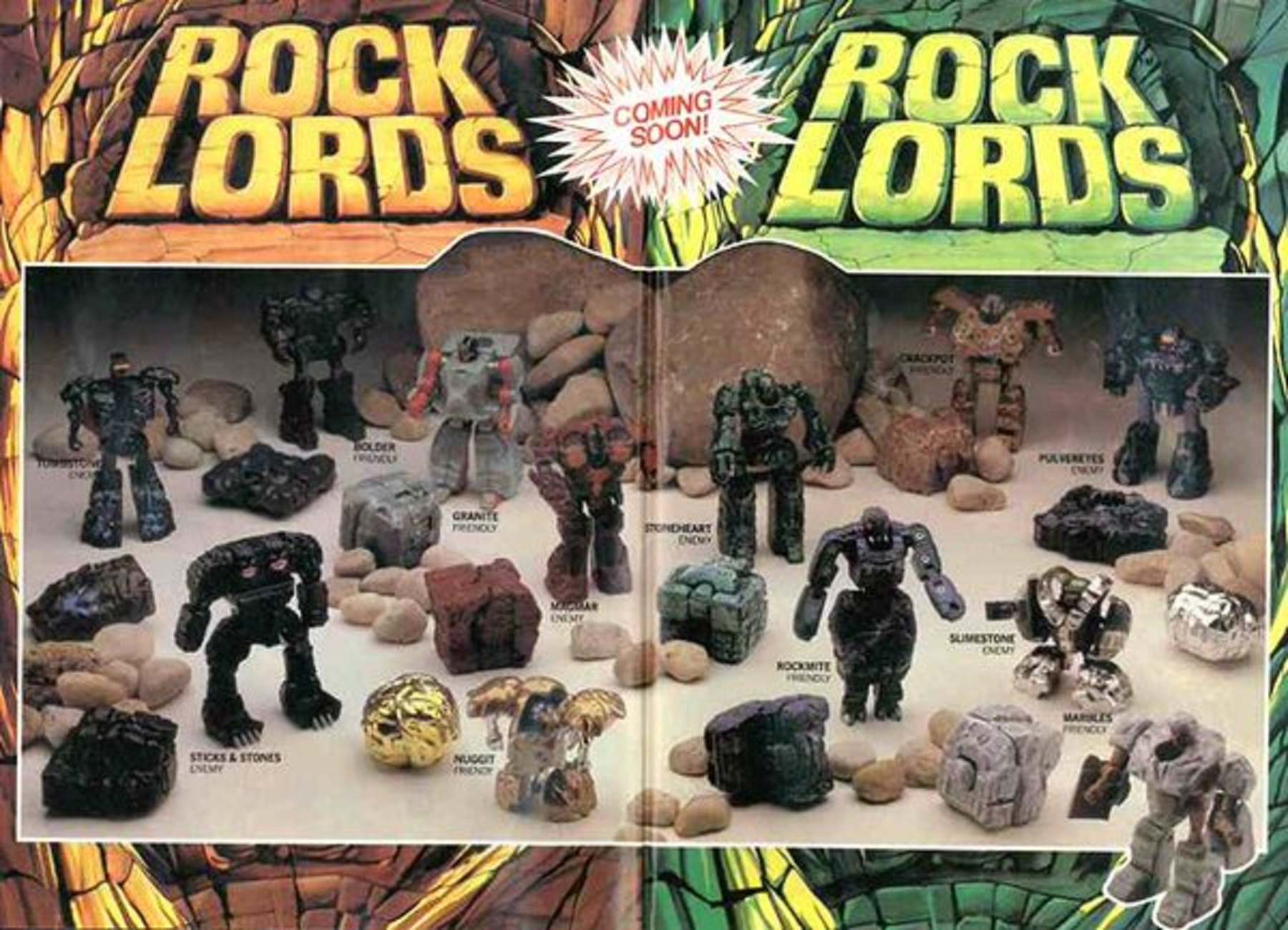 Thirty years ago, in 1986, toymakers Bandai and Tonka introduced a generation of kids to…the Rock Lords.

The Rock Lords were a strange if not-entirely successful spin-off from Bandai’s and Tonka’s successful GoBots line that proved popular in the mid-1980s, at least before being eclipsed in the pop-culture by the very similar Transformers.

In 1986, an animated feature film called GoBots: Battle of the Rock Lords (1986) was produced, and it involved the GoBot Guardians (essentially the Autobots of this universe…) protecting “powerful living rocks” from the likes of the Renegade Cy-Kill and the leader of the evil Rock Lords; a gent named Magmar (and voiced by Telly Savalas).

Margot Kidder voiced the Rock Lord Queen, Solitaire, and Roddy McDowall played Nuggit, who was the R2D2-like character of the group.

Unlike Transformers or even the GoBots, the Rock Lords didn’t actually transform into vehicles…they just transformed into…rocks. That may sound highly uninteresting and totally lacking in creativity, but the action figures were extremely well-made and durable, and could function as either ‘character,’ essentially, or a puzzle.

The protagonists in the Rock Lord universe — in addition to those named above — included Boulder, Crackpot, Marbles, and Pulver-Eyes.

The denizens who had not yet picked a side, and whom I guess were supposed to be like the animals of the rock world, were called rockosaurs.  “Terra Roc” was a pterodactyl, or something like one.

Another intriguing thing about the Rock Lords line of toys is that there are apparently class differences at work in the “rock” culture. There was a whole subset of these guys from the planet Quartex called Jewel Lords (with names like Solitaire, and Flamestone), and another subset called “Fossil Lords” as well.

These variations are difficult to find…and really, really expensive.

In addition to action figures and vehicles, the Rock Lords were merchandised in the 1980s with other collectibles. For instance, there was a lunch box, and a coloring book from a publisher named Golden. 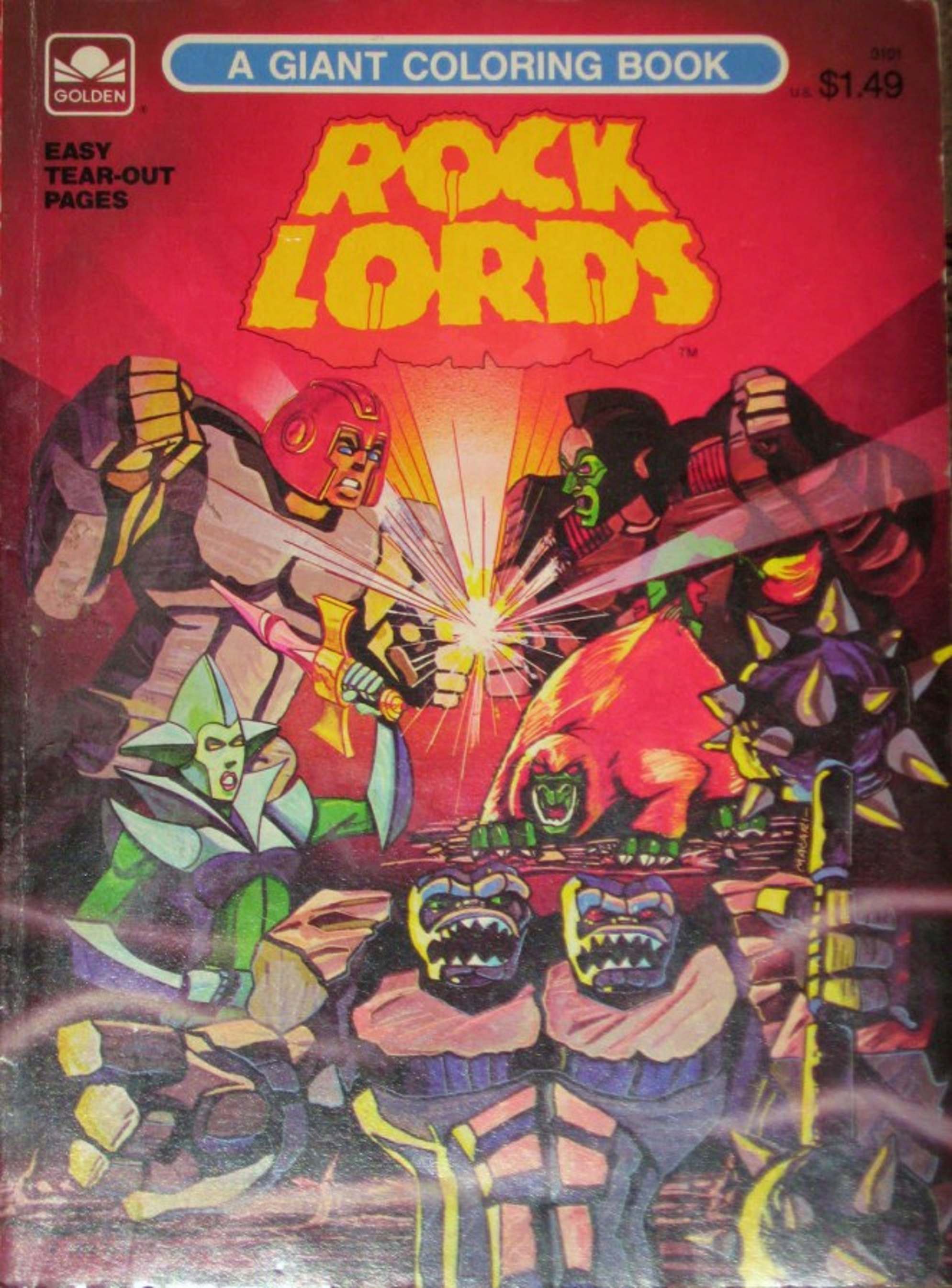 Here are two TV commercials that remembers the heyday of the Rock Lords.