“It was the way in which the football supporters of Manchester United and Manchester City used to dress and treat the whole match as if it were a carnival”
– Iain S. P. Reid 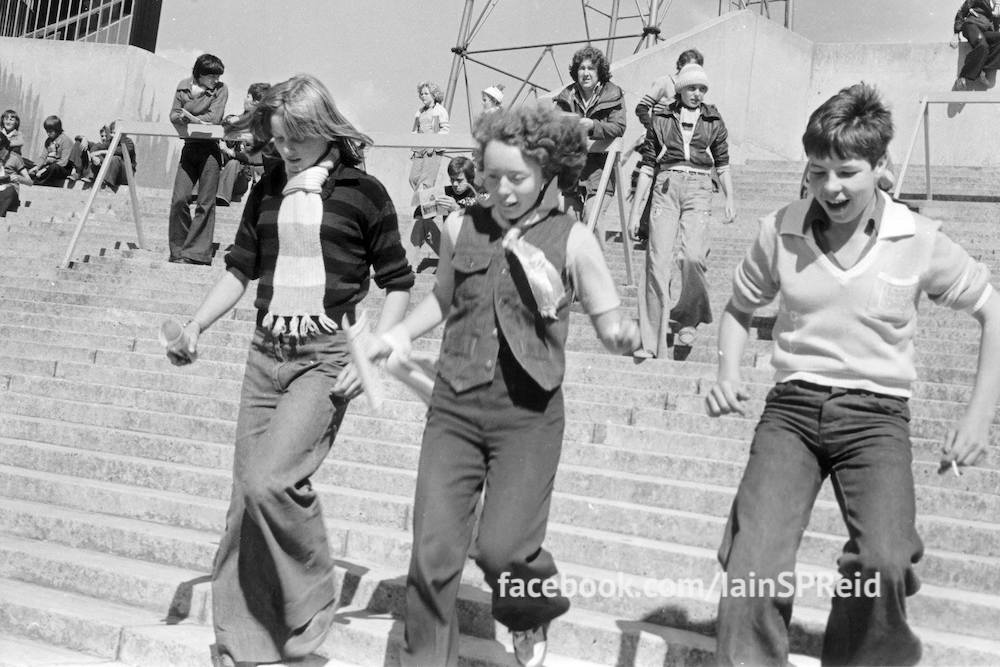 We need your help to produce a book of Iain S. P. Reid’s brilliant photographs of football fans in Manchester circa 1977. Iain believed that photography could improve lives. His work is full of joy. Sadly he died in 2000, leaving his fabulous archive of photographs filed away in boxes unseen until his family discovered them.

These photographs deserve to be in a beautiful book. As Martin Cloake, writes, “They show us football culture, undiluted and unpackaged, observed for no other reason than to document the extraordinary quality of ordinary lives.”

Football was a release. A pleasure to be shared with passion, notes our own Paul Gallagher. Something that made youngsters feel part of a community. Fans created their own fashions. Decked their clothes with players’ names, managers, and their club crests. They had their own beliefs. And their politics changed from xenophobic and racist to becoming supportive and champions of multi-ethnicity. White working class football fans had more friends from different ethnicities than any white male government or media broadcaster or board of directors

The book will feature your names and your stories. We really want to hear from you. If you or someone you know is in Iain’s pictures of Manchester United and Manchester City fans, please let us know.

You can get in touch via Iain’s FacebookPage. More photos will be added to that Page so please follow it for updates.

The book will be crowdfunded. So we really do need to spread the word and hear from you. The pictures alone would make a gorgeous book. But your stories will make it exceptional, a book for the ages.

As part of the project we’ve also got prints of many of Iain’s photos in our art prints shop. We’ll be adding more photos there, too. 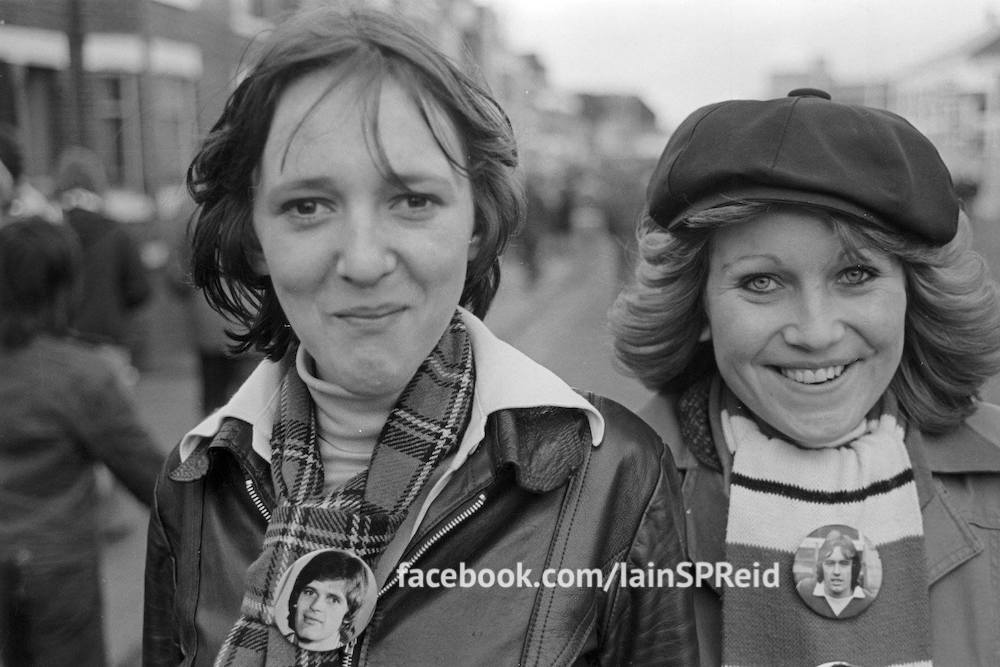 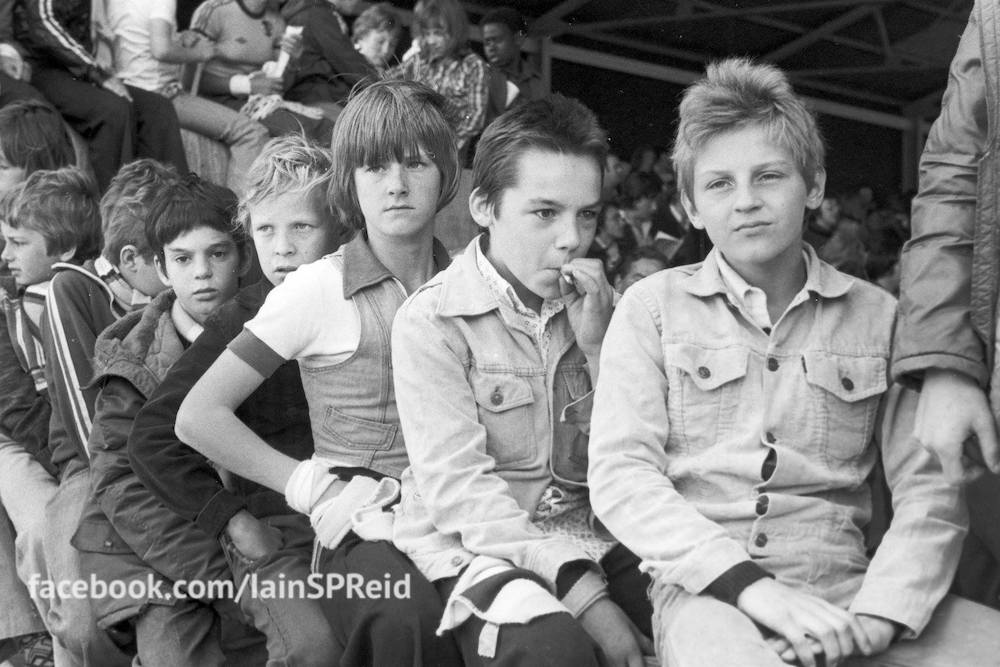 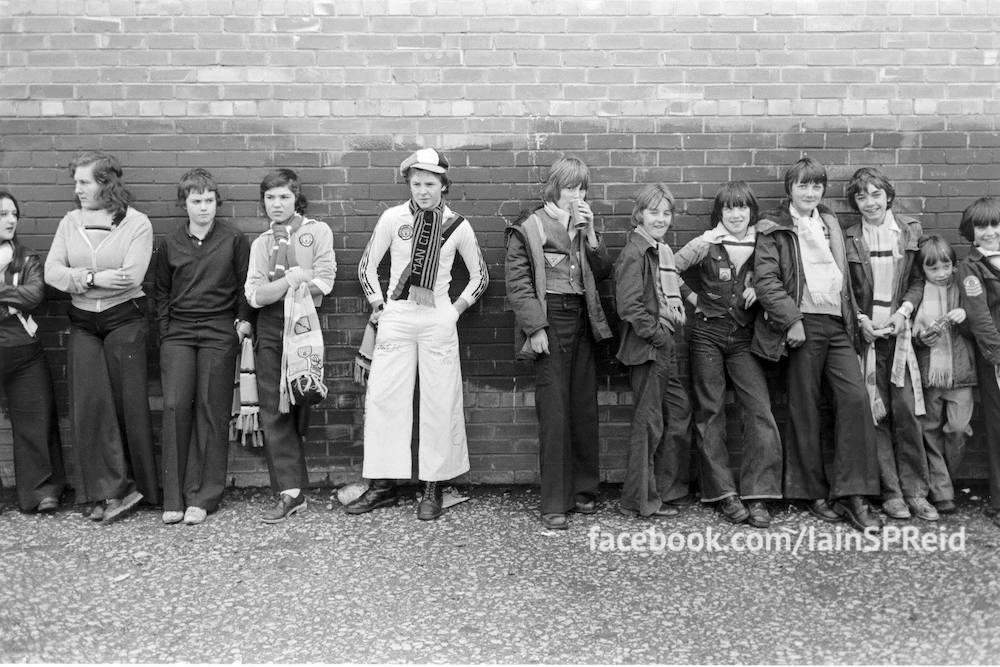 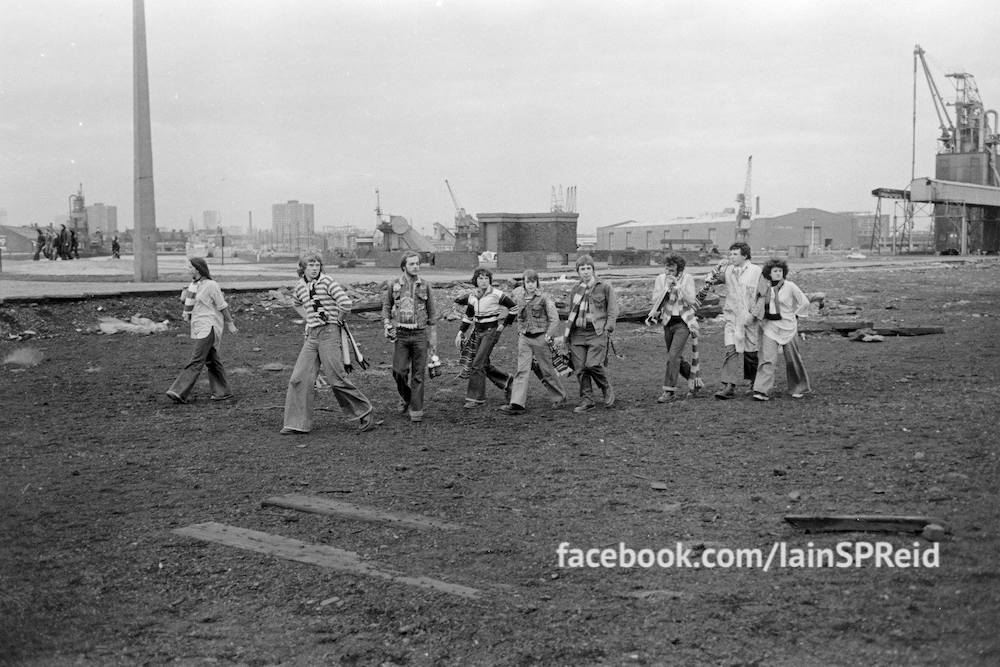 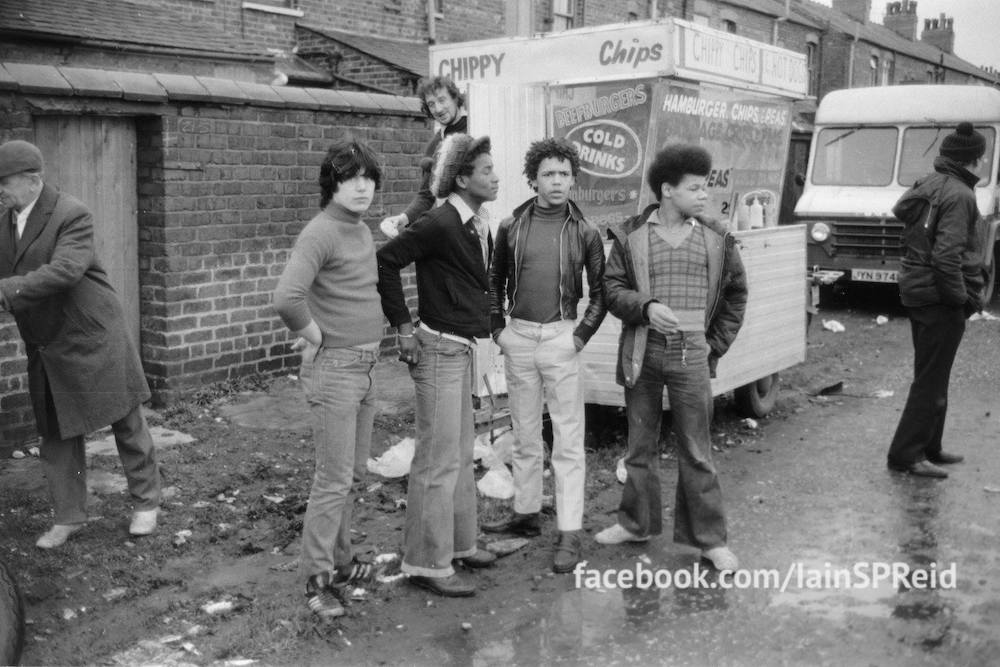 Iain was born in Edinburgh, Scotland on 5th Oct 1948, the eldest of three brothers (Douglas and Hamish).  He was brought up in Trinidad, where he flourished. The Reid family returned to Sheffield in UK in 1963.
He undertook a foundation art course in Scarborough and furthered his studies in Sunderland gaining a BA Fine Art in 1973. It was in Manchester where he was studying for his Masters of Arts that he discovered photography and his Leica cameras. 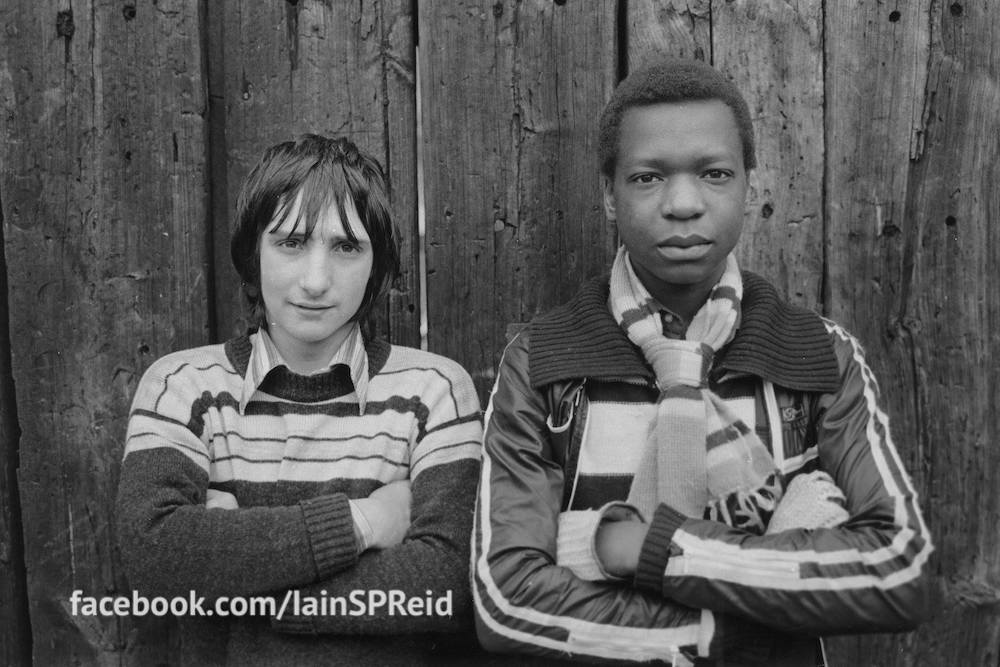 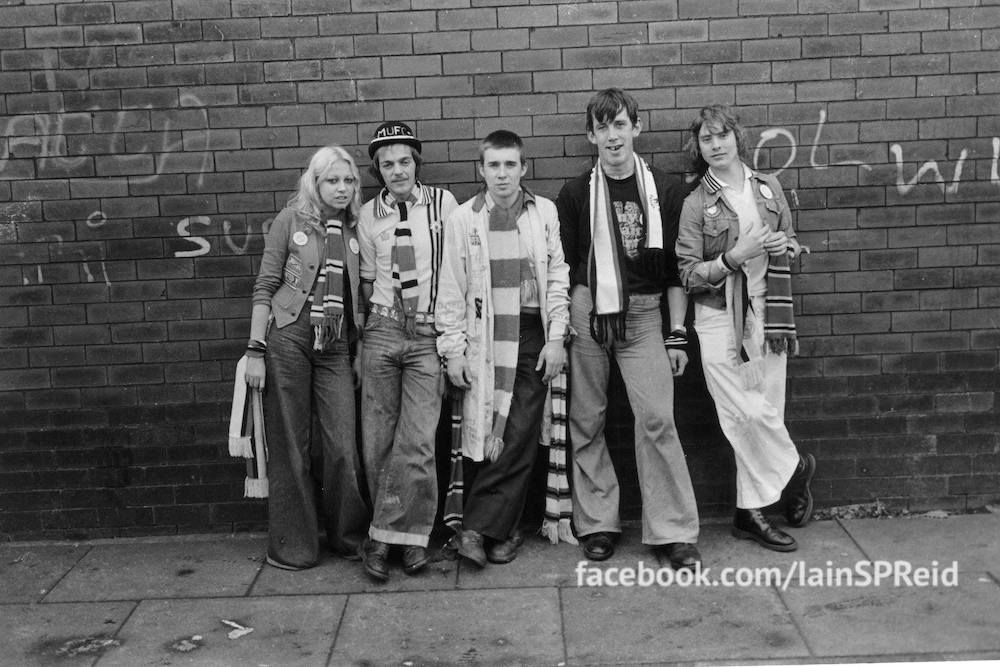 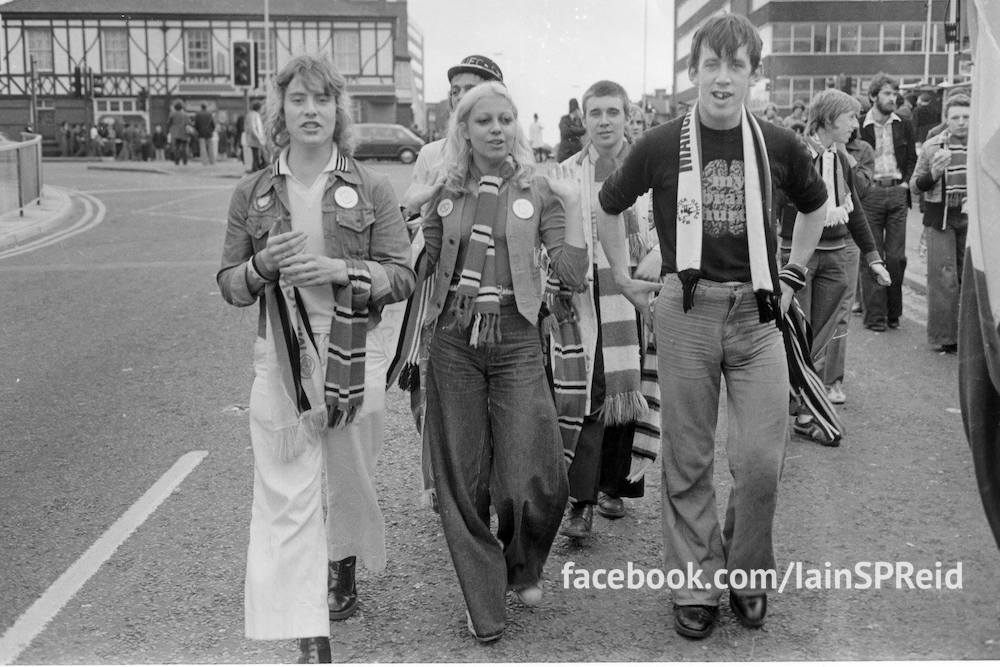 Through 1976 and 1977 Iain worked on a series of portraits of football supporters. He was given an award by the Arts Council to facilitate this project. Most of the work was exhibited in 1978 at Frontline Books, Piccadilly, Manchester.

Iain wrote of his project:

I worked on a series of portraits of football supporters. I was given a grant by the Arts Council to facilitate this project. As can be imagined, this caused a minor furore in the local Manchester press. I was infamous for a while. Most of the work was exhibited in 1978 in the Frontline bookshop, 1 Newton Street, Piccadilly.

The chief interest in the whole body of work was the way in which the football supporters of Manchester United and Manchester City used to dress and treat the whole match as if it were a carnival. Despite all press reports, there was very little violence, and the fans I found most helpful in assisting with the project. They were always aware of the angle I was taking with the work. I carried around copies of the photos I was going to be using to show them I was not exploiting them by misrepresenting them in any way. 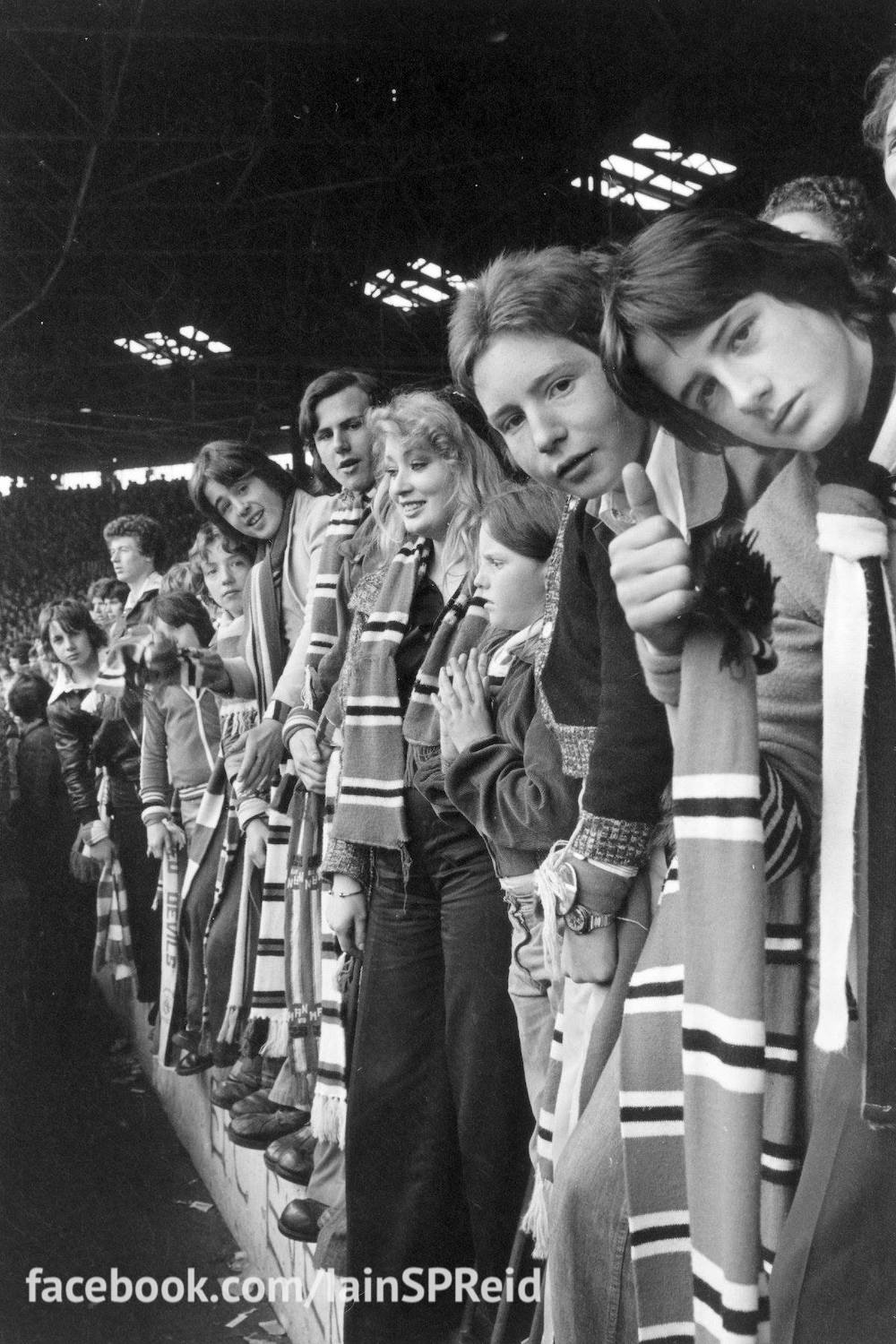 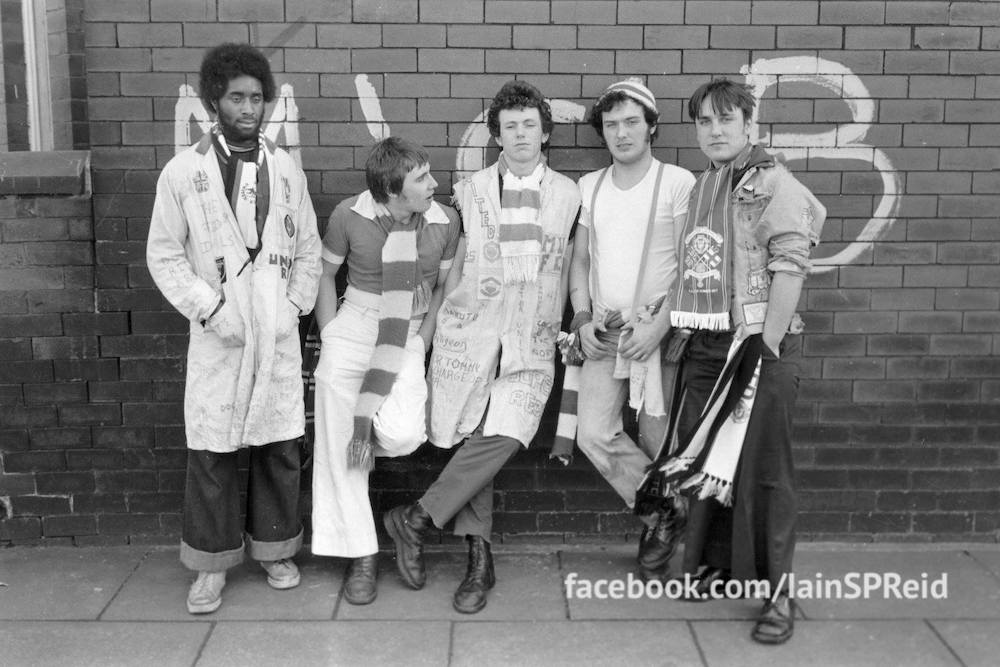 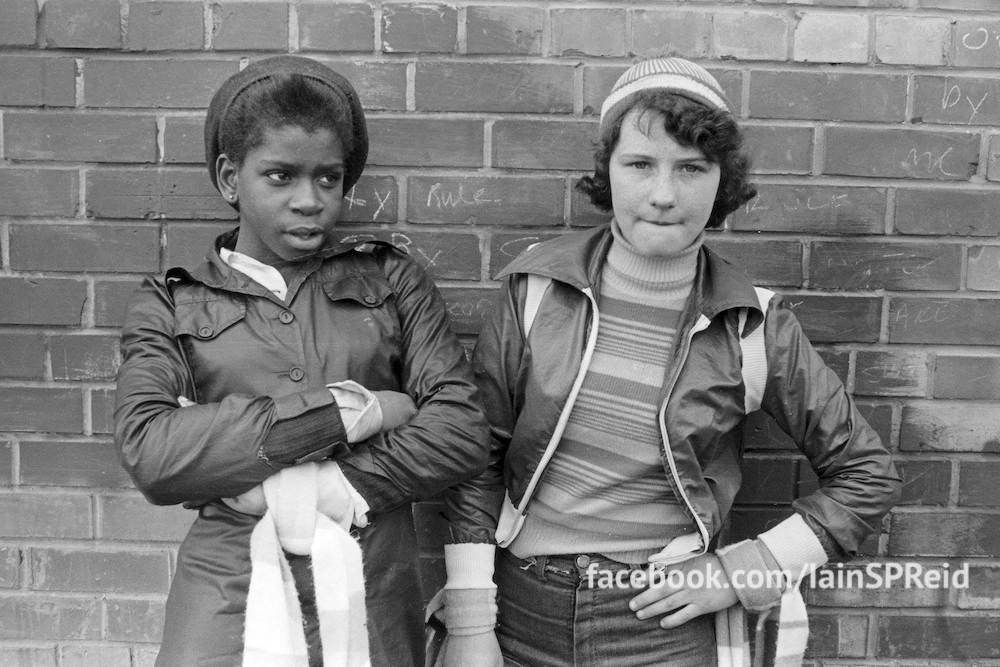 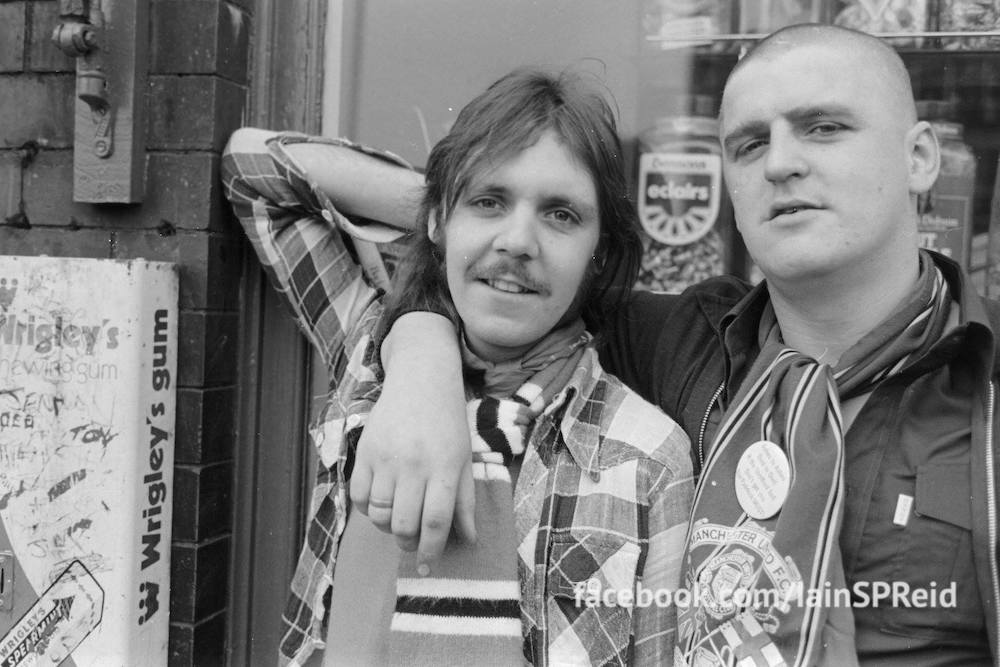 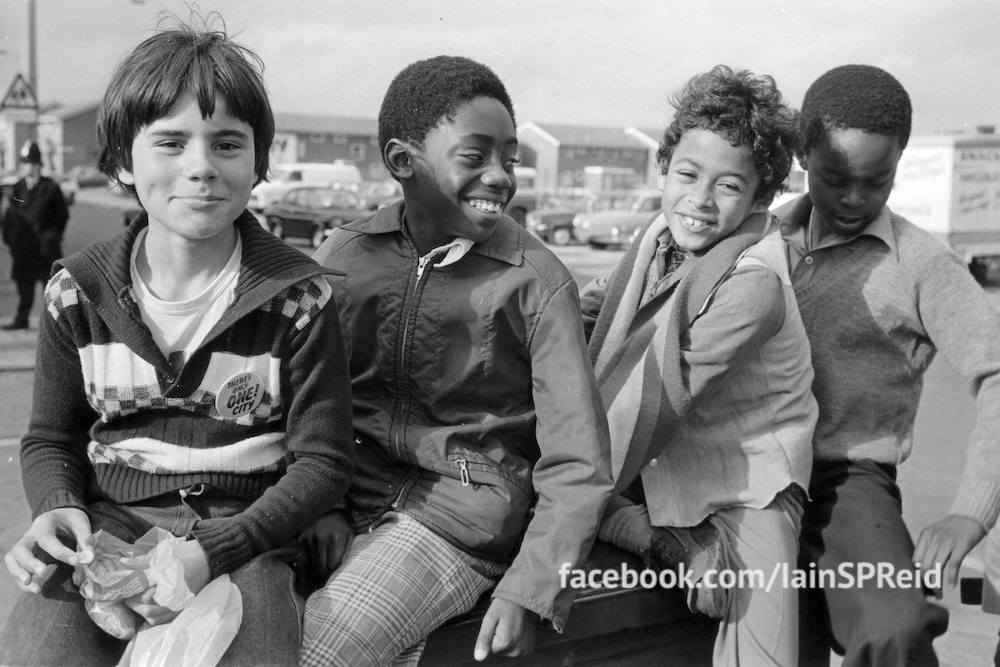 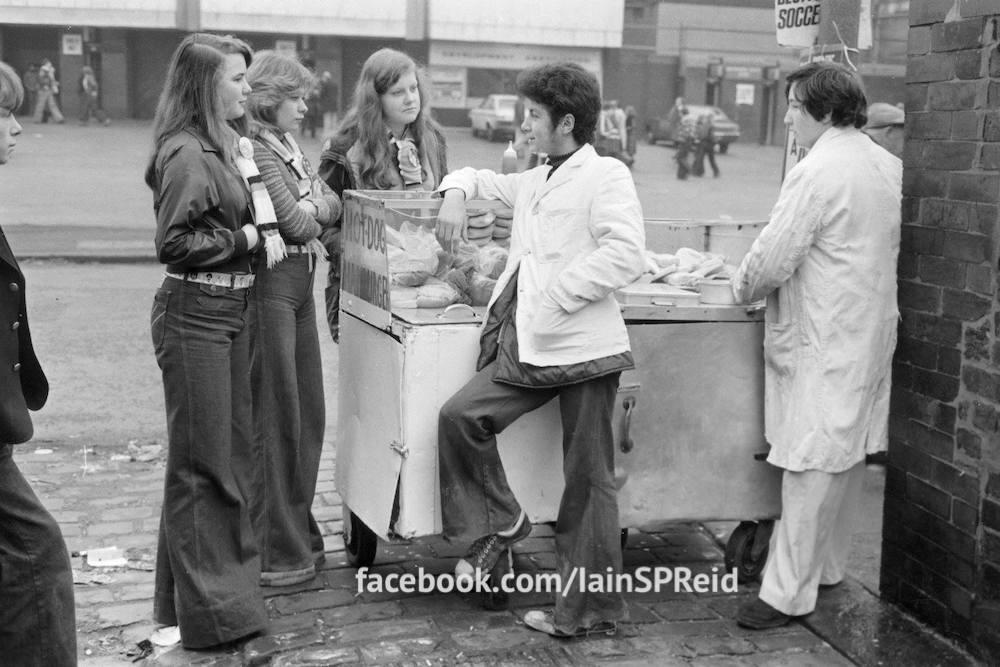 Iain moved to Aberdeen, Scotland in the late ’70s where worked offshore in the North Sea as a steward on the Claymore platform, sister platform to the Piper Alpha. In 1983 Iain found his passion (apart from photography) in helping others. From 1983 until a few months before his death he worked as Social Worker in various positions where he felt he was able to help the homeless and men and women whose drug and alcohol use had become a problem to both themselves and their families.

Iain passed away in November 2000 from melanoma, a particularly aggressive cancer. He was cremated at Hazelhead Crematorium, Aberdeen on the 8th November 2000. The mourners were so many that some had to stand outside…. A testament to his life. He was much loved by many.

Fifteen per cent of all profits from the prints and book will go to Melanoma UK.

Please get in touch. We really do want to hear from you.