Although The Ohio Match Company did not list the designer of their 1969 Designer Series paper matchbook covers, their inspiration was obviously Peter Max. No evidence exists that Max was involved with the designs despite a few examples online making that attribution. We are awaiting confirmation or denial from Mr. Max himself, writes Scott Lindberg. 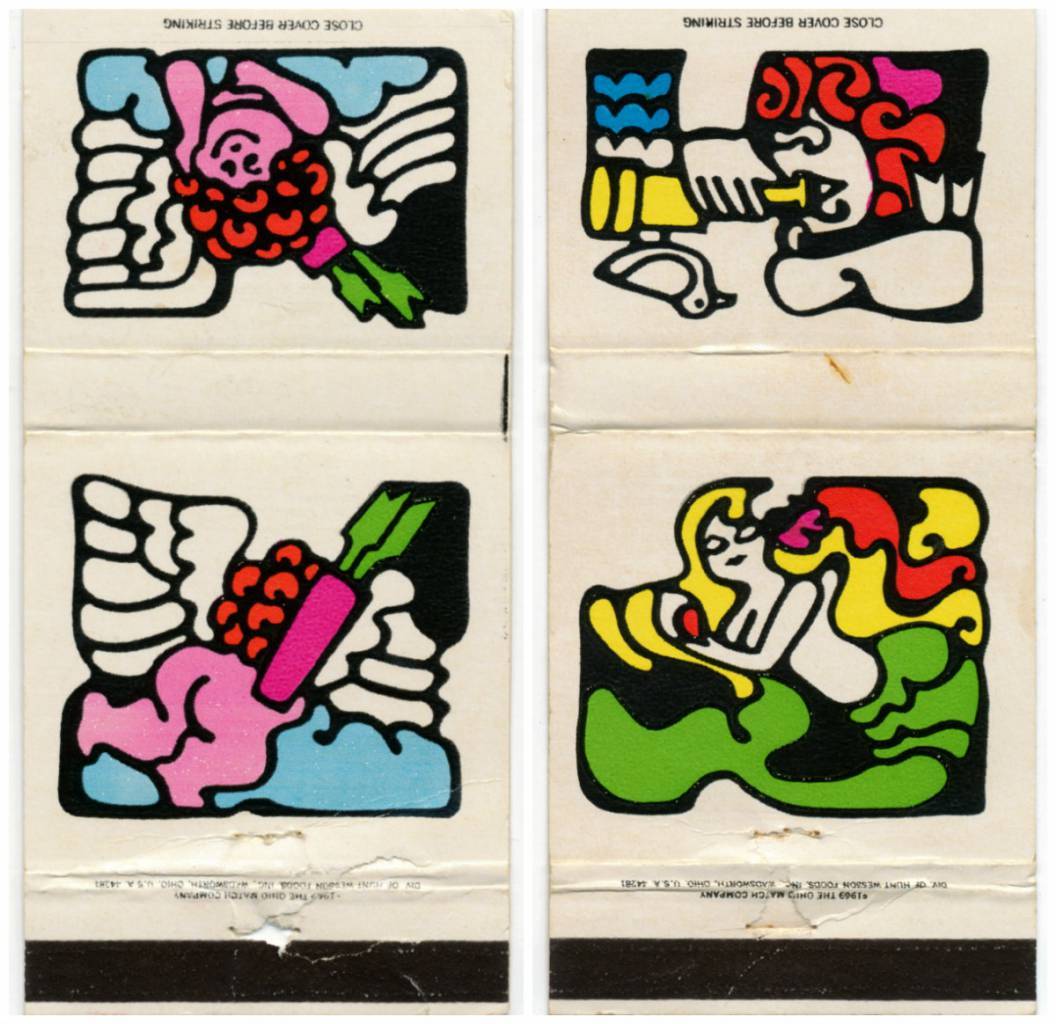 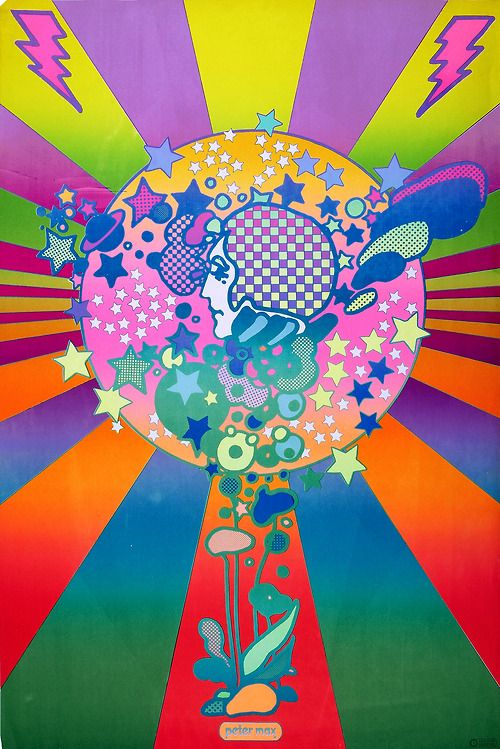 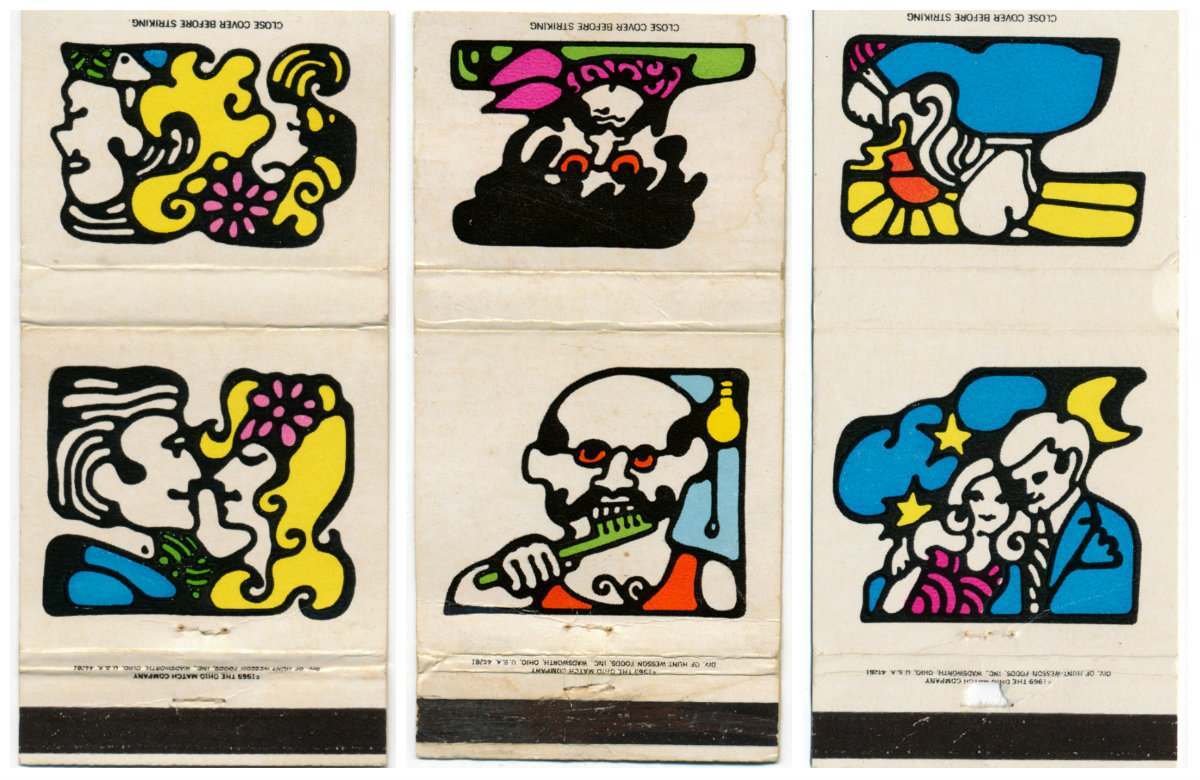 Matchbooks have been around since 1892, when Joshua Pusey patented the idea of paper matches, whose tips were dipped in a solution of sulphur and phosphorus and then stapled to a piece of cardboard. The Diamond Match Company promptly purchased Pusey’s patent (he remained Diamond’s attorney for the rest of his life), and in 1894, a company salesman named Henry Traute got his first order for 10 million matchbooks bearing ads for Pabst beer on their covers. 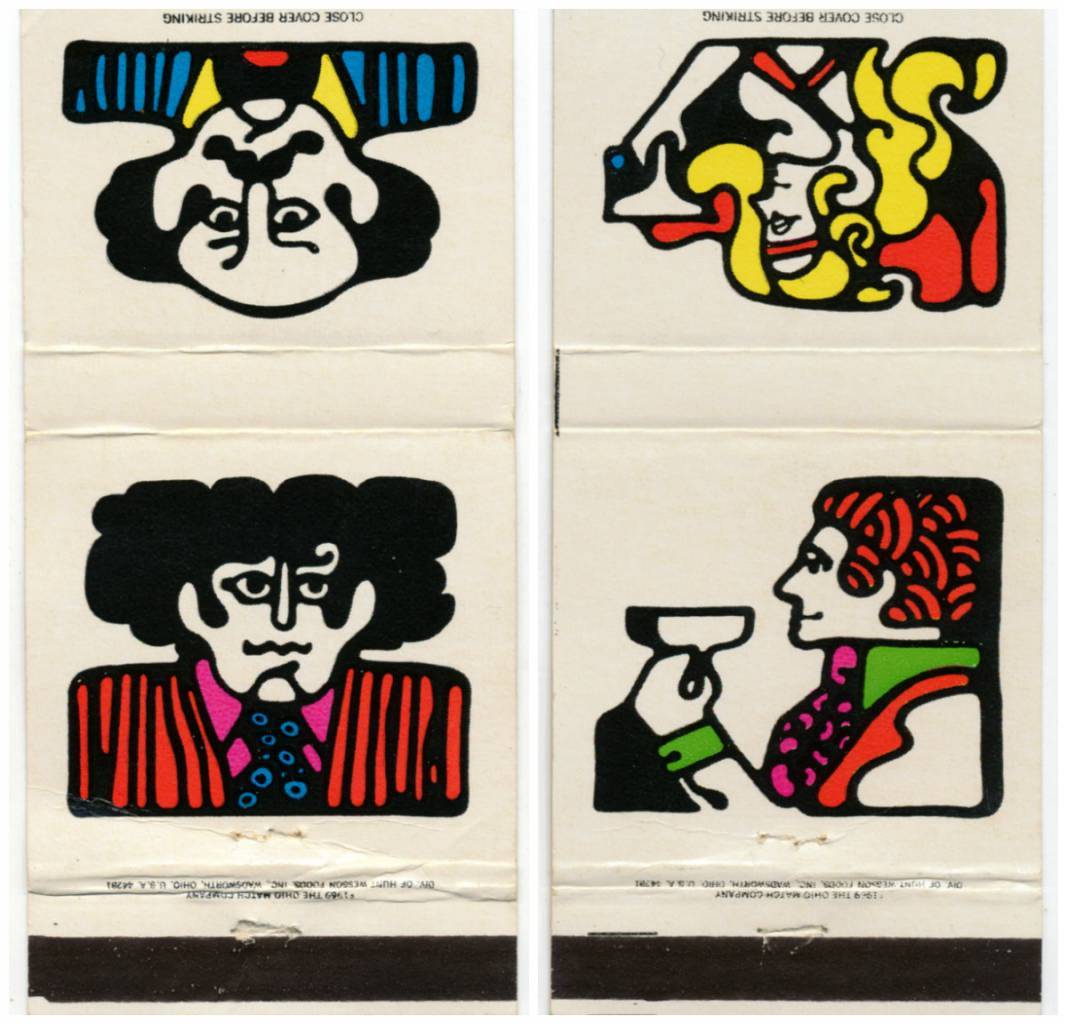 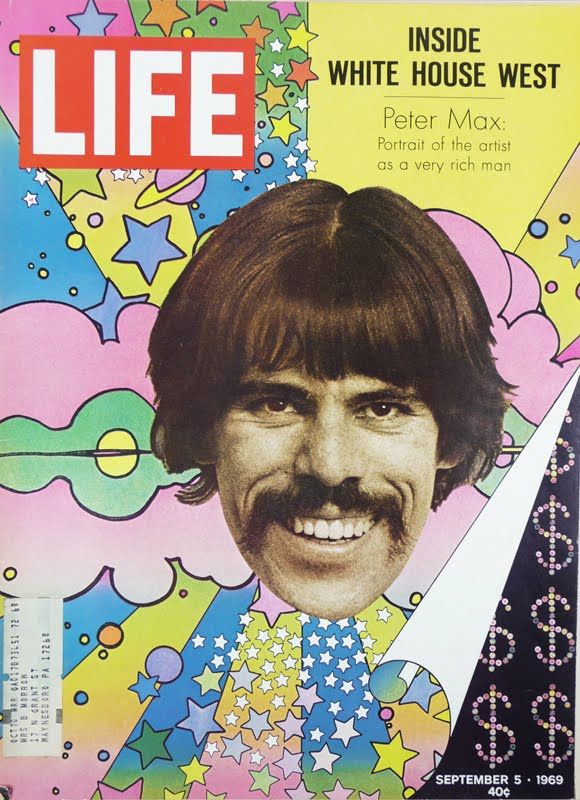 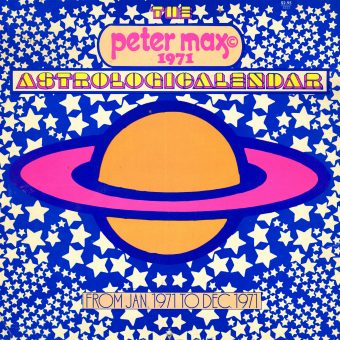