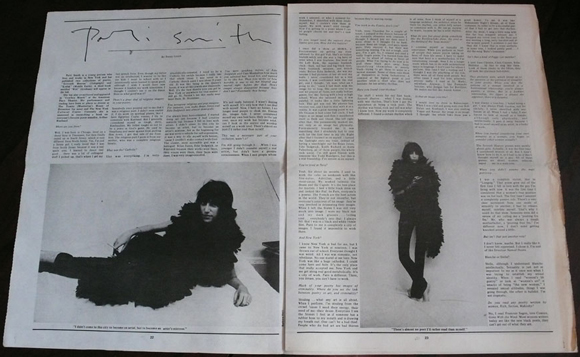 Here’s another Patti Smith item from the archive: a feature by Penny Green from the October 1973 issue of Andy Warhol’s Interview magazine.

Coinciding with the publication of Smith’s poetry book Witt, the photographs for the Interview piece were taken by Barbara Walz (who later produced The Fashion Makers with Bernadine Morris).

Name-checking such touchstones as Edie Sedgwick, Vali Myers, Brian Jones and Arthur Rimbaud, Smith discussed her experiences living and working as a waitress in Paris in the early 70s: “I had a little black dress on and looked like Piaf. In Paris, everyone’s a poseur. The French are the best actors in the world. They’re not deceitful, but everyone’s conscious of his image: they’re very involved in delineating their images.” 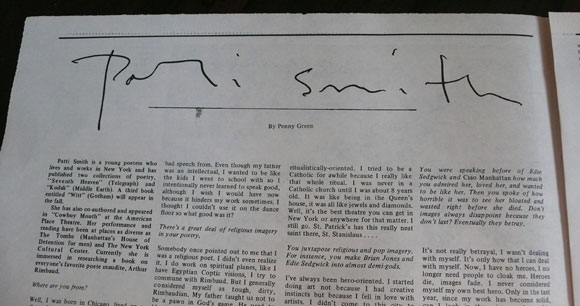 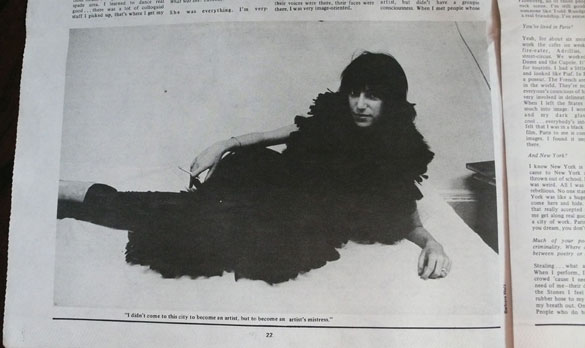 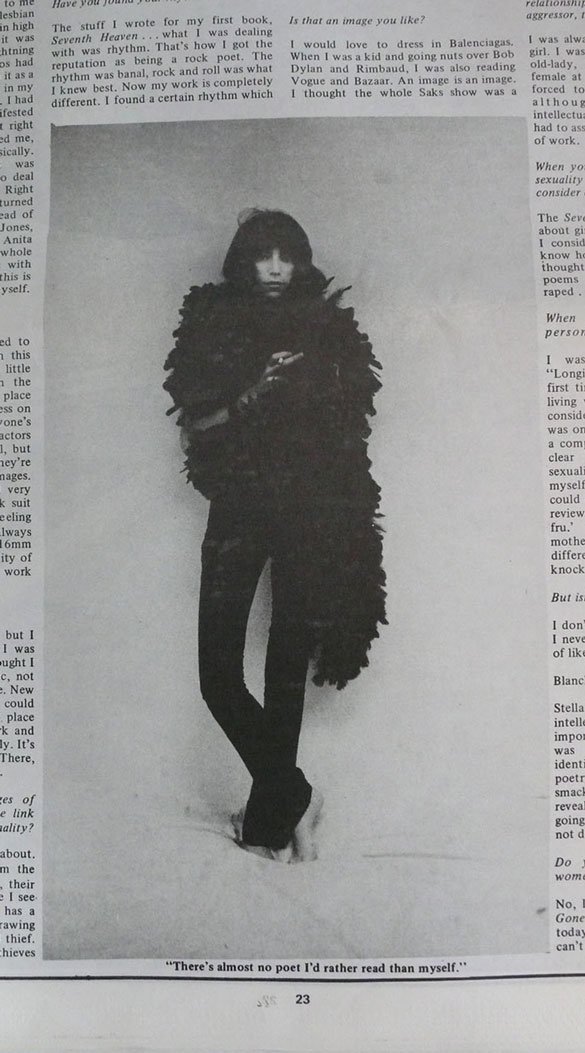 When quizzed by Penny Green on how she felt about being a “darling of the beau-monde”, Smith responded: “I don’t care for whom I perform. One time I had a reading and I thought I was the plaything of the rich, there were all of these posh people. But other times I read for kids, prisoners, anyone really. I read at St Mark’s, anywhere. Anyway, I like Fernando Sanchez, who designs furs for Revillon. He makes me feel like Anouk Aimée. I would love to dress in Balenciagas.”

Smith told Green that, during her teenage years, at the same time as she was “going nuts” over Bob Dylan and Rimbaud, she was also a regular reader of Vogue and Harper’s Bazaar.

“An image is an image,” said Smith. “I thought the whole Saks show was a great honour. To me it was like (A) Midsummer Night’s Dream, all of those costumes. In order to be a successful part of that I had to get into that rhythm. After the show, I sang a little song with this fur boa wrapped around me. I dropped my velvet coat to the floor and was wearing a long, ratty tee-shirt and all the women gasped. I modeled it just like they did. I knew that in some aesthetic, in some vein, I looked good . . . I did the song Baby’s Insurance.”

Asked whether that was a Peggy Lee number, Smith said: “I love June Christy, Chris Connor, Billie Holliday . . . I’d like to sing like them. Look at those chicks in the 50s, they all look like platinum bull-dykes.”