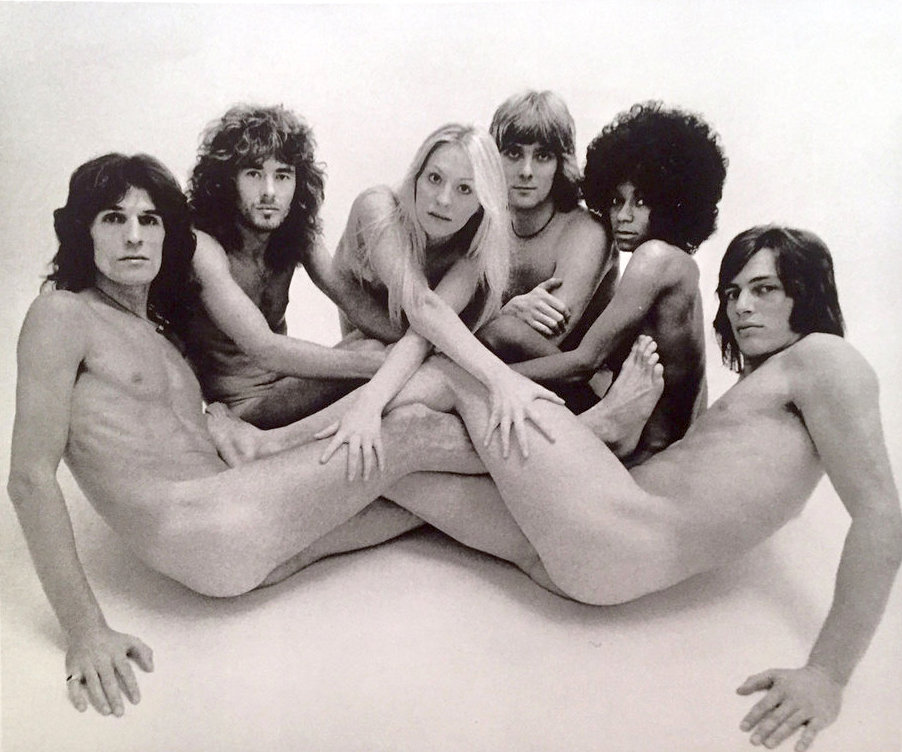 Irving Wardle, writing in The Times in 1970 of Kenneth Tynan’s Oh! Calcutta!, said: “There is no reason why the public treatment of sex should not be extended to take in not only lyricism and personal emotion but also the rich harvest of bawdy jokes.” The review went rapidly downhill from there though and he concluded: “In many ways it is a ghastly show: ill-written, juvenile, and attention-seeking. But it is not a menace”.

The un-menacing Oh! Calcutta debuted off-Broadway in 1969 and only came to the London in 1970 – the first performance was at the Roundhouse in Camden on 27 July of that year. Detective Inspector Luff of Scotland Yard, a deeply committed Christian, had long hated the new free and easy alternative society that was slowly becoming mainstream. He especially disliked the new alternative magazines such as OZ and their offices had already been raided on several occasions by the Obscene Publications Squad – known colloquially as the ‘Dirty Squad’. Luff had once gone up to Debbie Knight, the receptionist at OZ, and said:

Debbie I have come round here many times and I’ve always tried to behave like a gentleman and I’d like to speak to you as a father now. I don’t understand how such a nice girl could possibly work in a place like this, with all this filth and corruption. You could have a very nice job working in the police force. 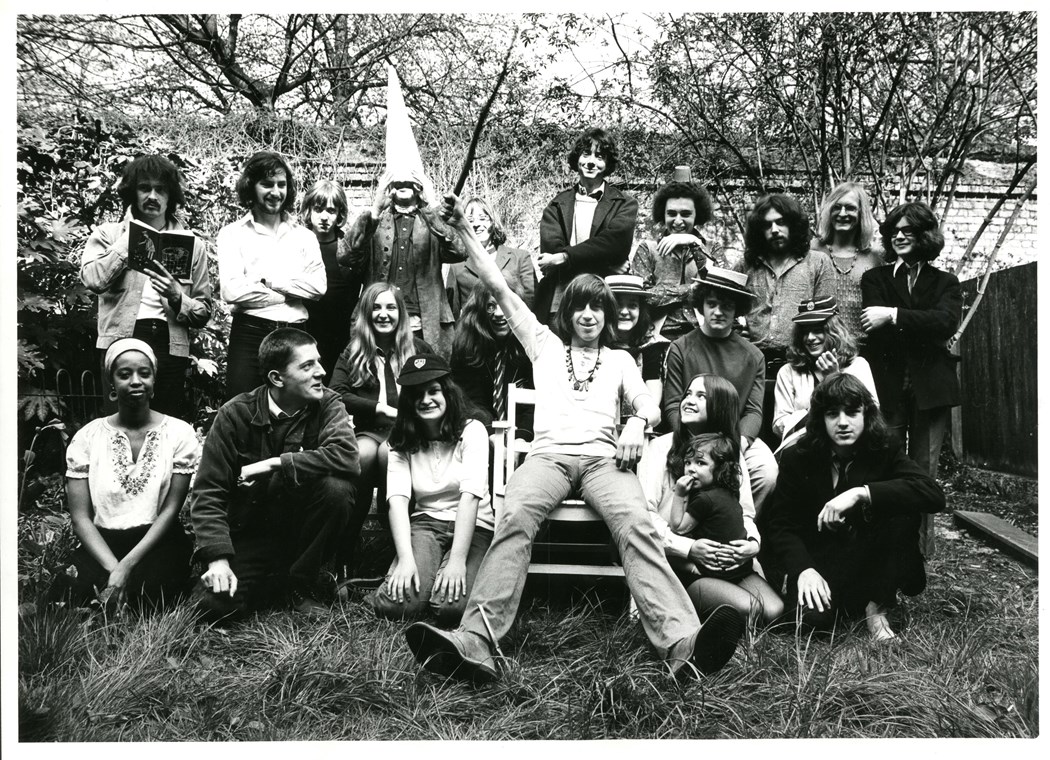 The team responsible for the Schoolkids issue of Oz

Debbie ignored the generous offer, and in July 1970 was still on reception when the magazine was again raided by Luff and his men, who seized filing cabinets, disconnected phones, and even took the pictures from the walls. The three OZ editors – co-founder Richard Neville, Jim Anderson and ‘freak with a briefcase’ twenty-five- year-old Felix Dennis, who had previously worked as a gravedigger for Pinner County Council but who was now the magazine’s business manager, were charged with ‘conspiracy to produce a magazine with intent thereby to debauch and corrupt the morals of children and other young persons within the realm and to arouse and implant in the minds of those young people lustful and perverted desires’. The language seemed old-fashioned and it was – the charge hadn’t been used for 130 years. The charge was intended as a way of avoiding the pesky ‘public good’ defence. Troubling for the defendants, however, was that the charge carried a maximum sentence of life imprisonment. 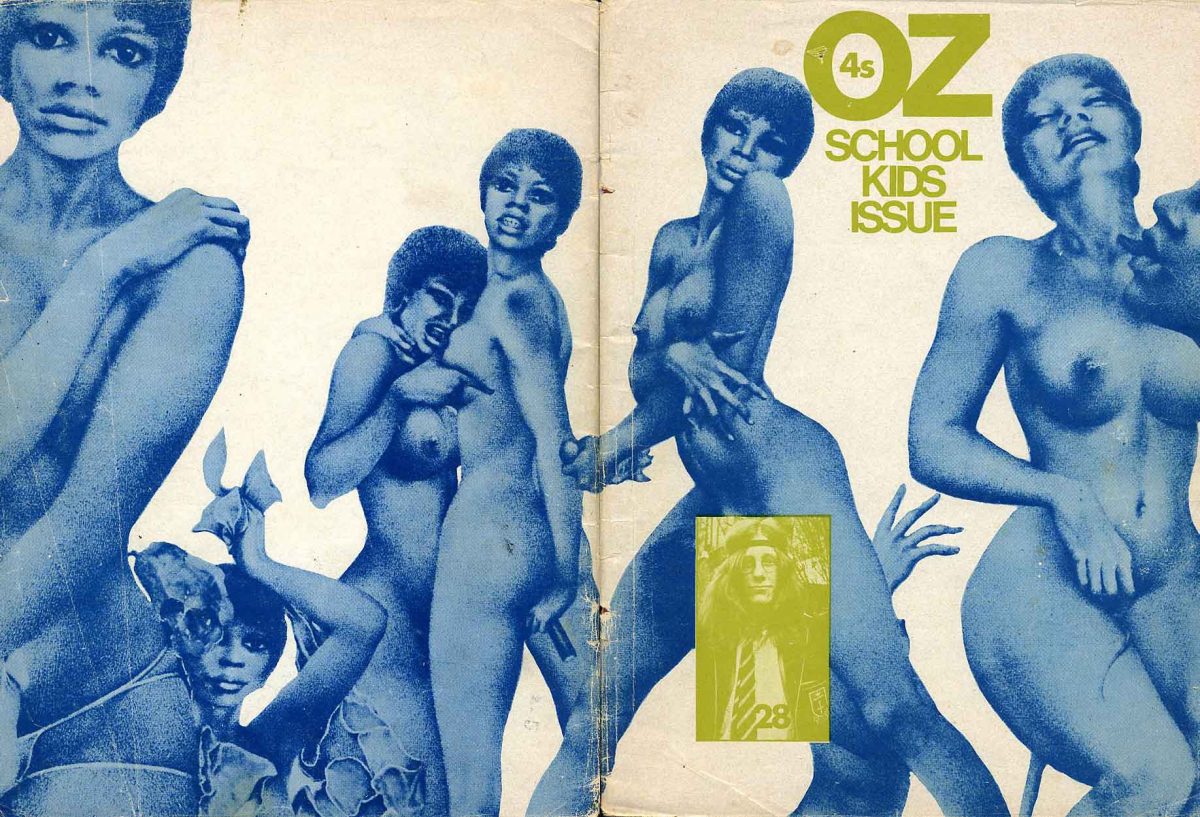 Around the same time as the OZ raid, Detective Inspector Luff, who specialised in ‘celebrity raids’ that gave him maximum publicity, got hold of two tickets for a preview of Kenneth Tynan’s (then the Observer’s theatre critic) infamous full-frontal nude revue Oh! Calcutta!. Luff, who visited the Round House venue in Camden with Sergeant Ann Cox, reported that he was horrified by the performance, during which he noted that three couples ‘stormed out’. He also noted that one sketch was ‘pathetic, unjustifiable, appalling pornography’. Just to make absolutely sure how much public nudity was on show, Luff visited the revue twice more to confirm his objections to the controversial production. 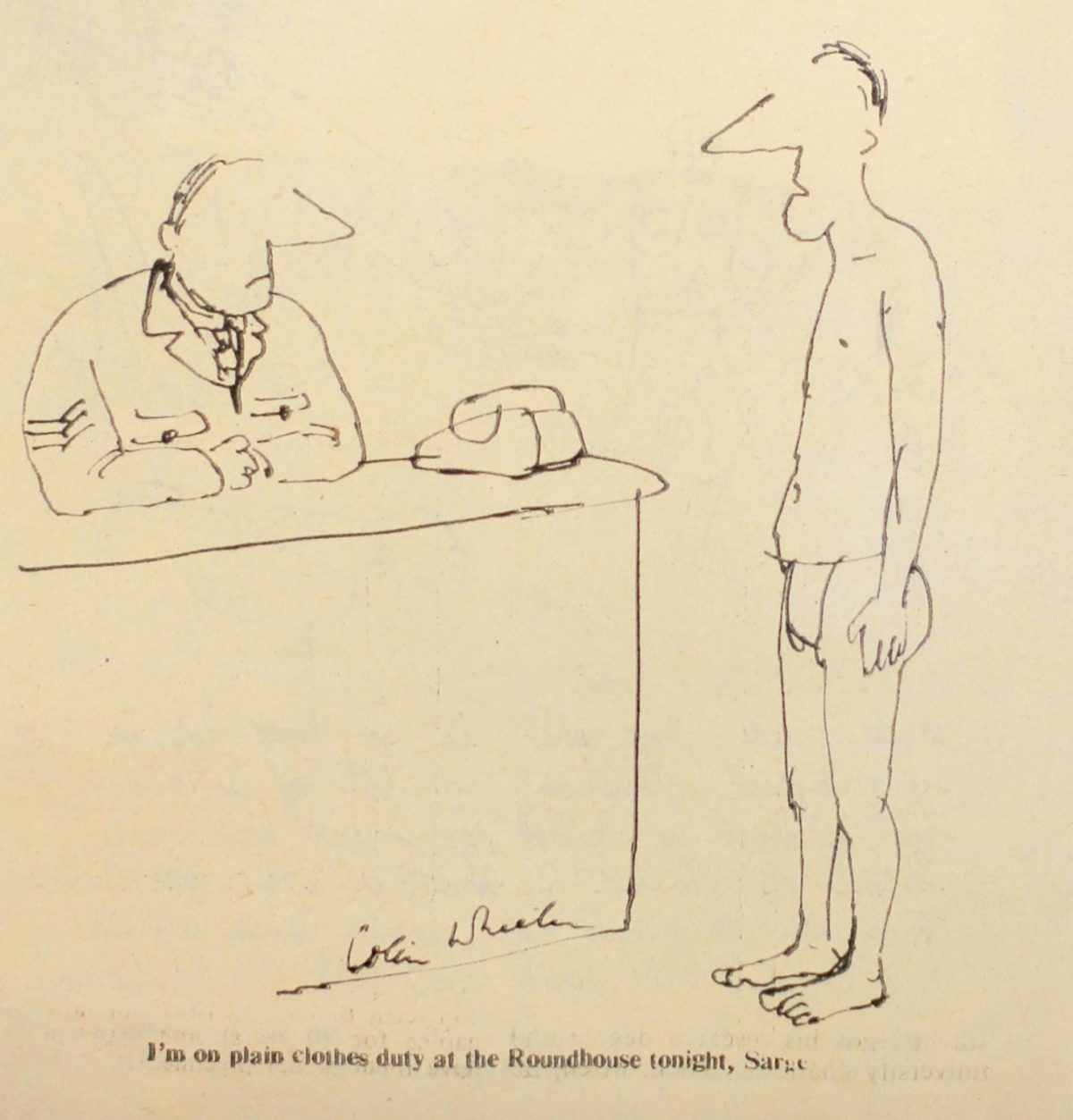 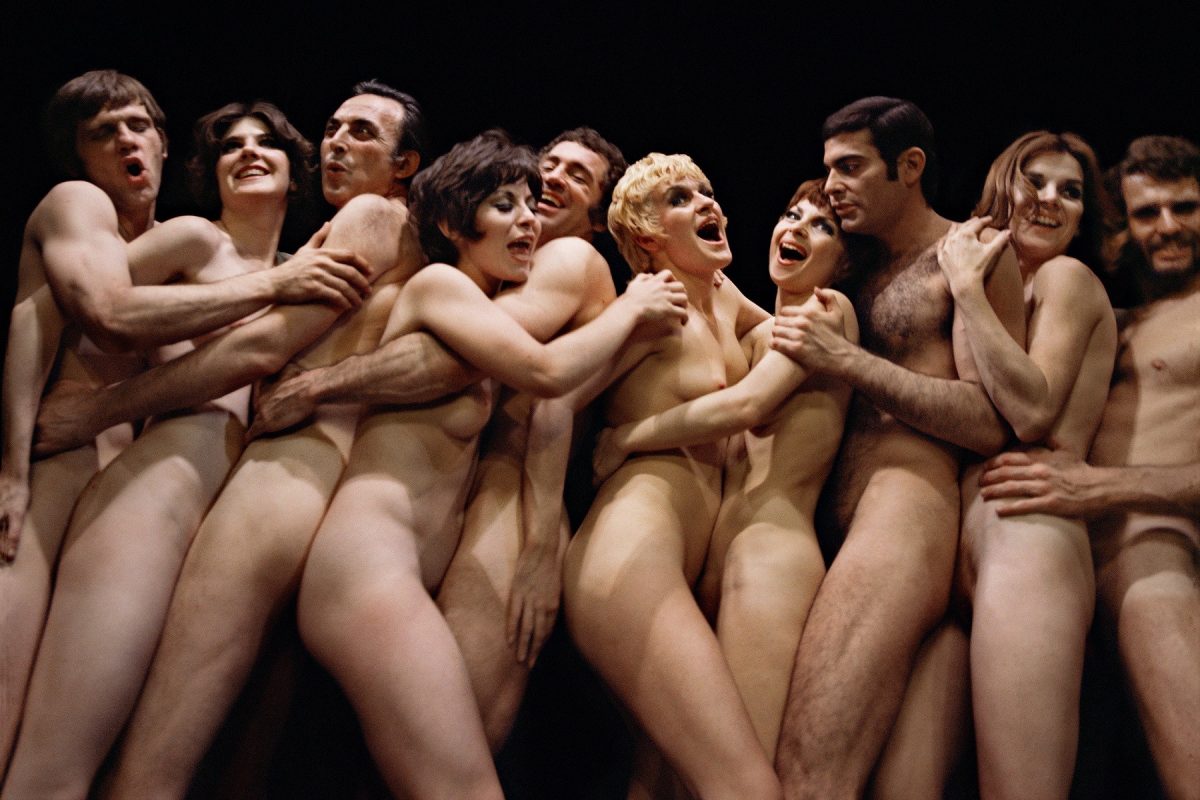 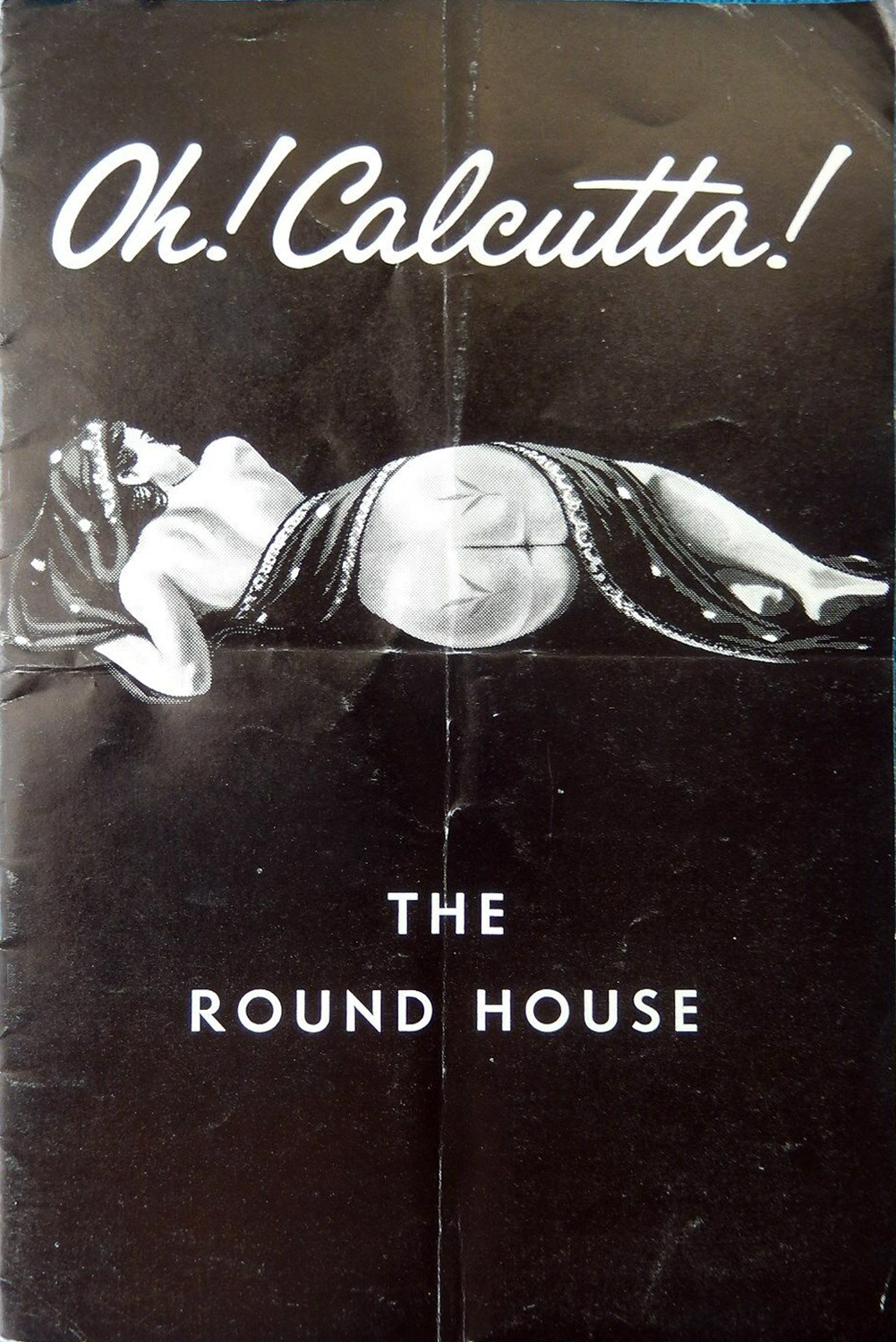 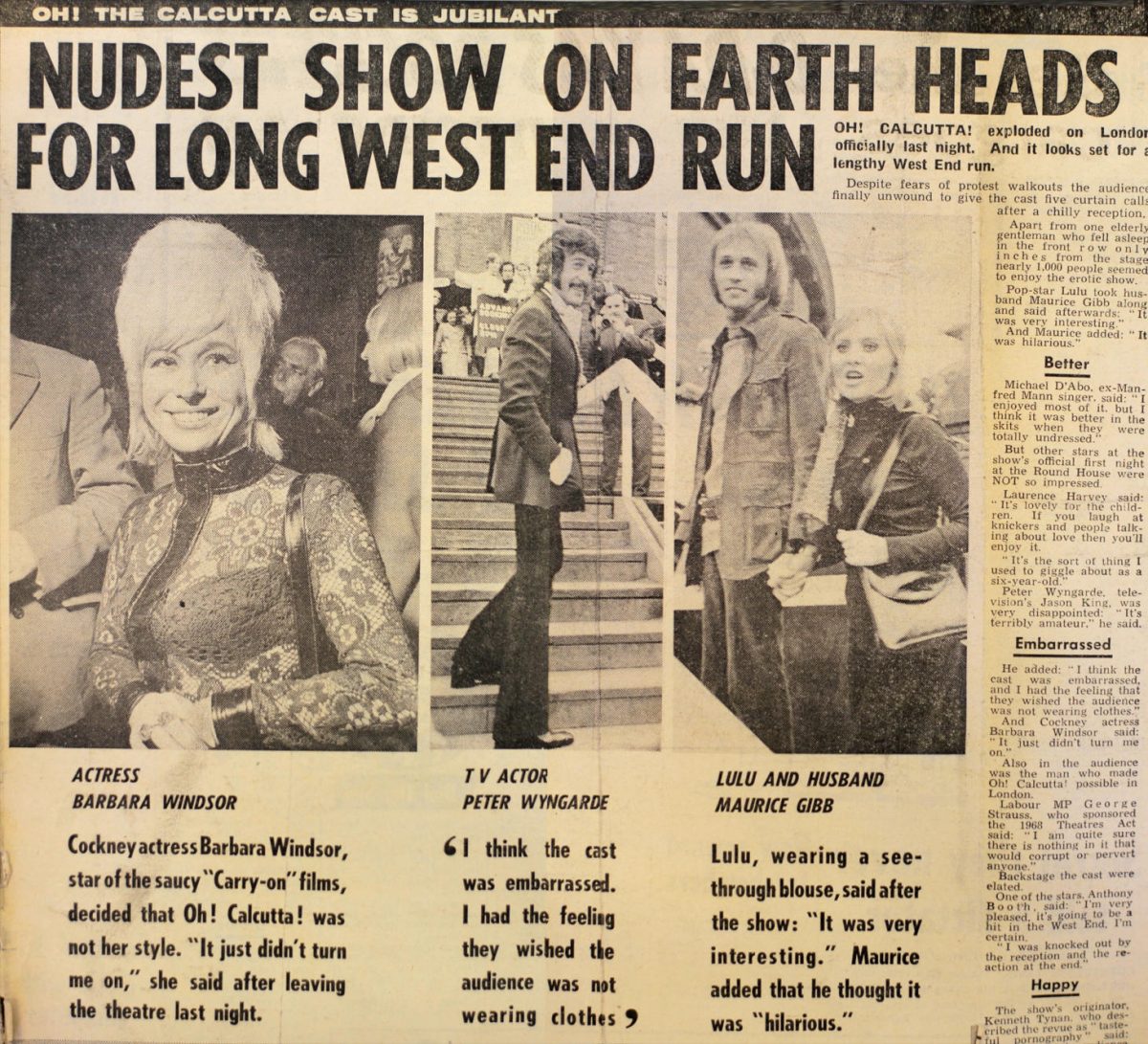 Luff then wrote to the Attorney General, Sir Peter Rawlinson, asking him to prosecute the revue under the 1968 Theatres Act: ‘Sex is not dealt with with respect,’ wrote Luff, while ‘man is depicted as a performing dog self-indulgently satisfying every whim and thereby debasing any form of dignity and attacking the very roots of the family unit.’ The Bishop of Southwark, meanwhile, declared the show as ‘boring as a boarding school on bath night’, while the author Tynan defended himself against the allegation that he had himself once described Oh! Calcutta! as ‘tasteful pornography’, by declaring that this was very unlikely, as he had ‘a horror of the word “tasteful”’. The Attorney General concluded, eventually, that ‘it would be impossible to prove that Oh! Calcutta! was obscene’, let alone persuade a jury to convict.

All this of course gave the show extra publicity and in the end Oh! Calcutta! ran in London for an incredible 3,900 performances. Soon it came to light that the Metropolitan police were in collusion with Soho’s pornographers to an extraordinary degree. The raids on Oz and shows such as Oh! Calcutta! were literally ways of showing the public that they were at least coming down on something.

The editors of Oz magazine raided by Luff were originally convicted and sentenced to fifteen months imprisonment. As they were taken downstairs another prisoner told them, “Christ. That’s what I got. And I tried to murder my wife.”

The trial had been a farce at times, at one point the The defence who brought in a myriad of witnessesto explain why the magazine was not obscene. George Melly, the jazz singer and film critic at one point was questioned by the prosecutor Brian Leary: “If you really believe more openness is better, what do you think is wrong with an advertisement that describes oral sex attractively?”

A confused Judge Argyle interrupted to ask, “For those of us who don’t have a classical education what do you mean by this word “cunnilinctus”?’ (Geoffrey Robertson later wondered whether the judge thought it was some kind of cough medicine). Melly apologised, “I’m sorry my Lord I’ve been inhibited by the architecture. I will try and use better known expressions in the future: Sucking. Blowing. Or going down or gobbling. Or, as we said in my naval days, ‘yodelling in the canyon’.

It was obvious to anyone at the trial that Judge Argyle wanted no other outcome other than that the defendants were to be convicted. His contemptuous and biased summing-up at the end of the Oz trial has now gone down in legal history some have said that he misdirected the jury an extraordinary 78 times. 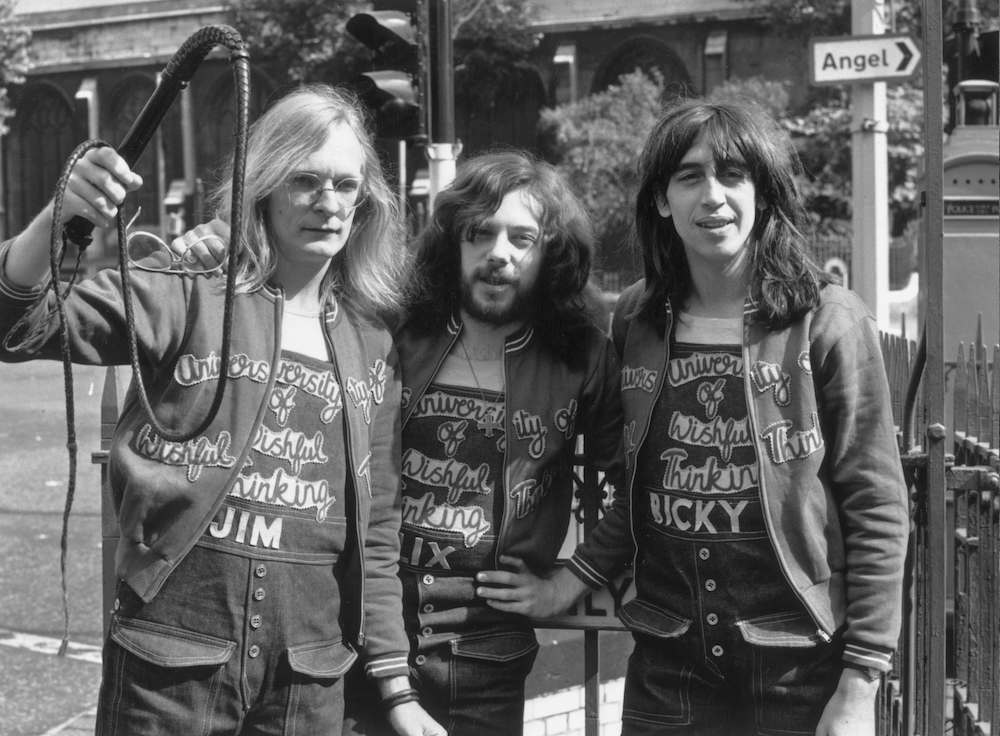 11th July 1971: Left to right, James Anderson (holding a whip), Felix Dennis and Richard Neville, the editors of the underground magazine Oz. Each achieved notoriety after being convicted under the Obscene Publications Act; these convictions were quashed on the subsequent appeal. (Photo by Evening Standard/Getty Images) 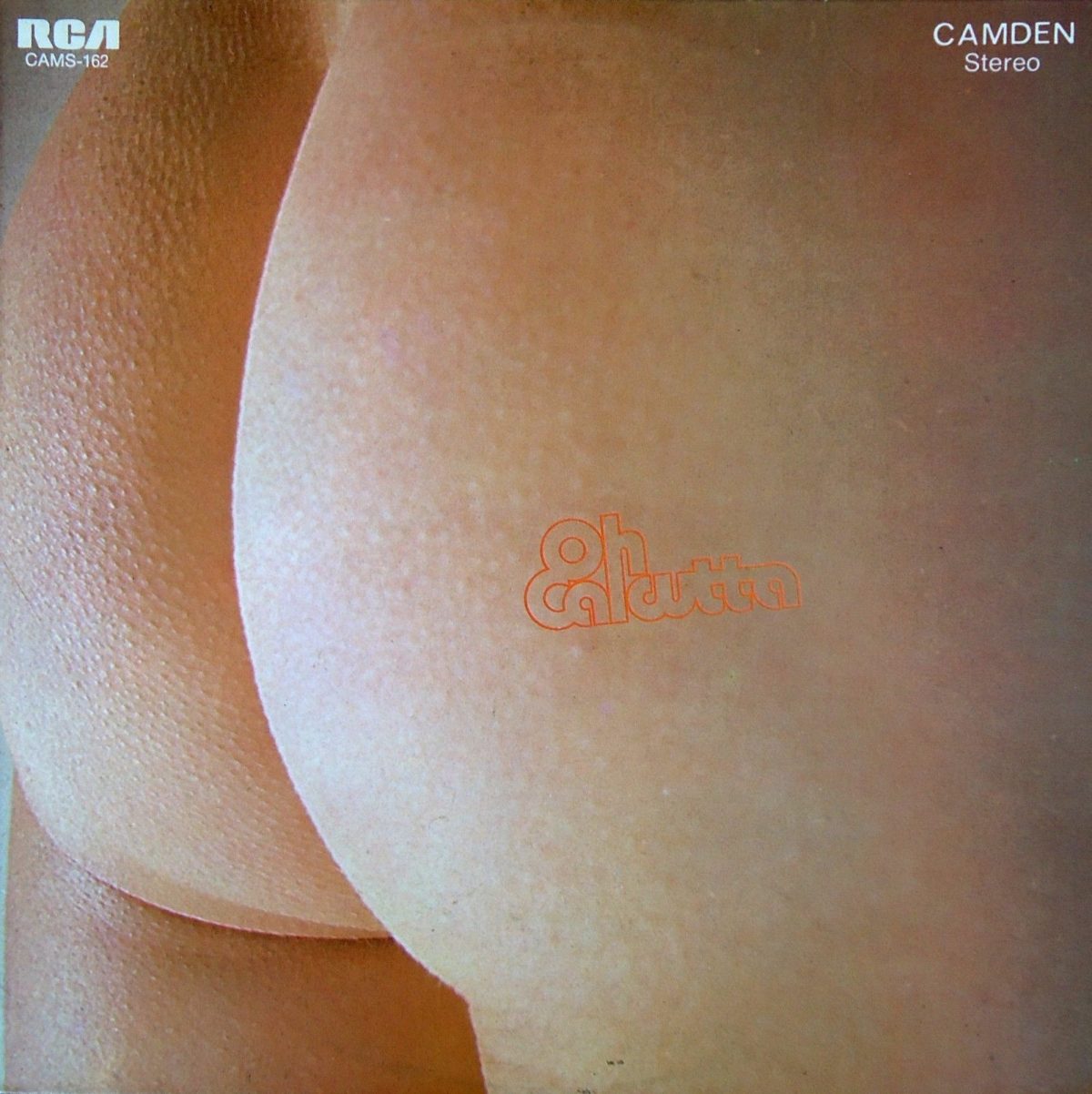