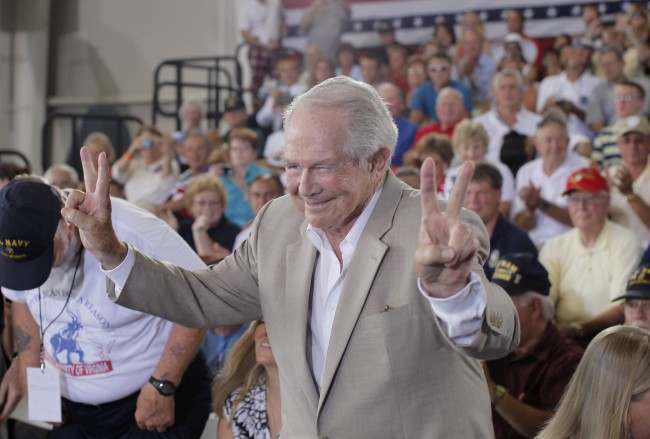 JUST last week, the 700 Club’s Pat Robertson spoke out about the hidden scourge of our modern society: those demons from Hell who like to crash your car.

Yes, it turns out that devils can cause really horrible road accidents because — by merely watching horror movies — you have “granted them permission” to do so.

You know who you are…

In that case, as Mr. Robertson famously noted, God simply doesn’t want you blow out your ear-drums.

In appreciation of Mr. Robertson’s commentary, let’s blow out our ear-drums.

The following  performances (courtesy of YouTube)  recall four notable occasions in the 1980s when the sinister forces of darkness aligned, and horror movies and rock music met, with diabolical results.

And yes, there’s little doubt that some of these songs come straight from, well….you know where.

In this slasher film starring Christopher George, a killer in a sweatsuit brutally kills several students at Midvale High School, including members of the track team.

At the school dance, Felony — Jeff and Joe Spry, and Doug Burlison — perform ” Gangster Rock.”  The song keeps on going endlessly, as the movie cross-cuts between roller-skating teens and a brutal murder in the woods.

Alice Cooper portrays Vincent Raven, “The hottest rock star in the world” in this film.  The narrative sees Raven return to his ancestral village after two decades so as to shoot a music video there.

However, Raven’s dark family secret is that he comes from — wait for it — a line of…werewolves.

Cooper not only performs “Identity Chrises” [sic] in the film, but also the film’s opener “See Me in the Mirror.”

In this film, also known in some quarters as Stirba – Werewolf Bitch, we meet “the rocking, shocking new wave of horror.”

Christopher Lee stars as a werewolf hunter, and at one point in the film he dons sun-glasses and visits the nightclub called Slammer. There he listens to the tune “Howling,” performed by Babel.

Then the song repeats again over the end credits, wherein the film’s editor gives us approximately sixteen cuts of the actress ripping open her top.

Ozzy Osbourne plays a TV evangelist, Reverend Gilstrom in the film, and rails against “rock pornography.”

He notes that rockers are “out and out sick people” and — stealing Pat Robertson’s act — warns that music like this “could kick you off into becoming an absolute pervert.”

So Pat Robertson may keep warning us about horror movies, rock music and the End Times, but some of  us know the truth of the matter.

To quote Trick or Treat — “rock’s chosen warriors will rule the apocalypse.”