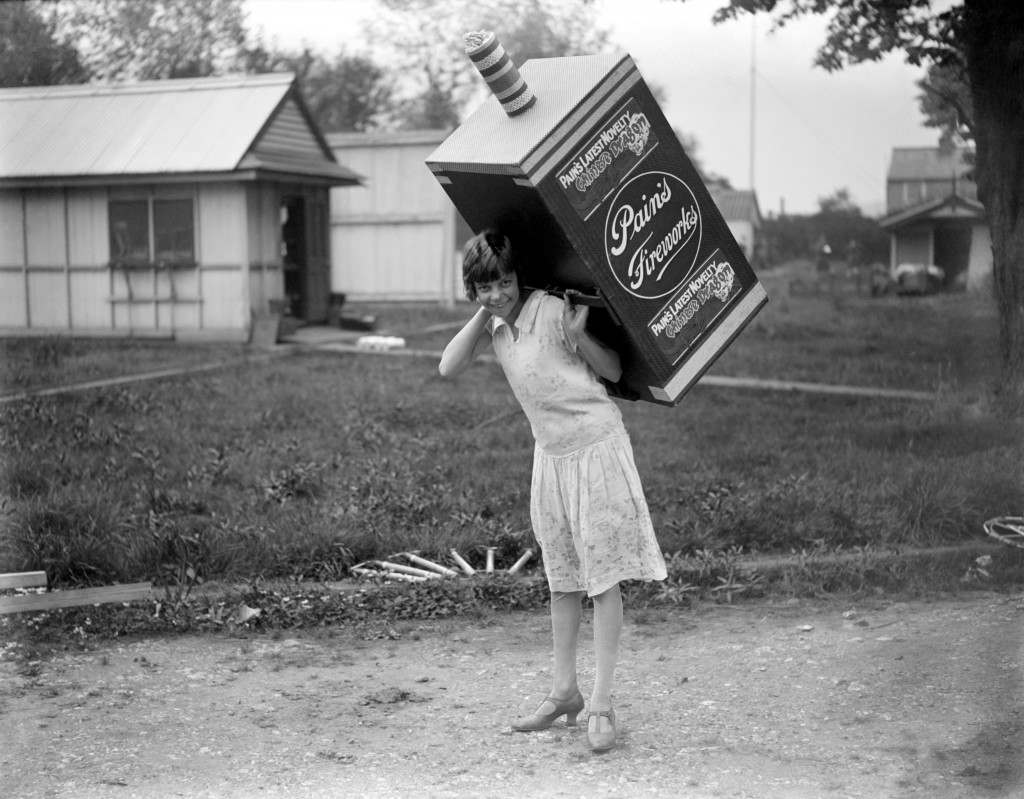 PAIN’S Fireworks Co. has roots in the East End of London dating back to the 16th Century:

History suggests that the barrels of gunpowder used in the infamous plot to blow up the Parliament of James I in 1605, were “manufactured by a gunpowder manufacturer within earshot of the Bells of Bow”. At that time the only such business was one John Pain, the founder of the modern day Pain’s Fireworks company. As Guy Fawkes once said: “A desperate disease requires a dangerous remedy.” 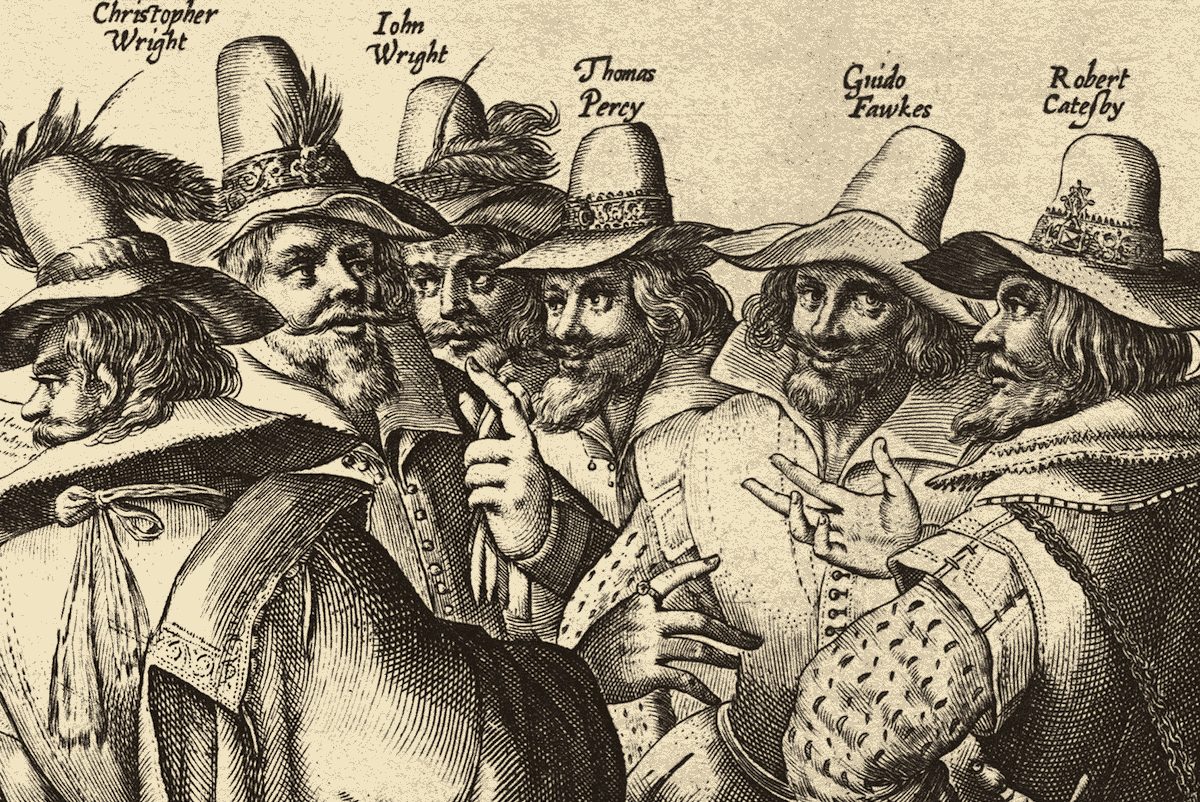 Guy Fawkes was a man of desperate character. In his person he was tall and athletic, his countenance was manly, and the determined expression of his features was not a little heightened by a profusion of brown hair, and an auburn-colored beard. He was descended from a respectable family in Yorkshire, and having soon squandered the property he inherited at the decease of his father, his restless spirit associated itself with the discontented and factious of his age. 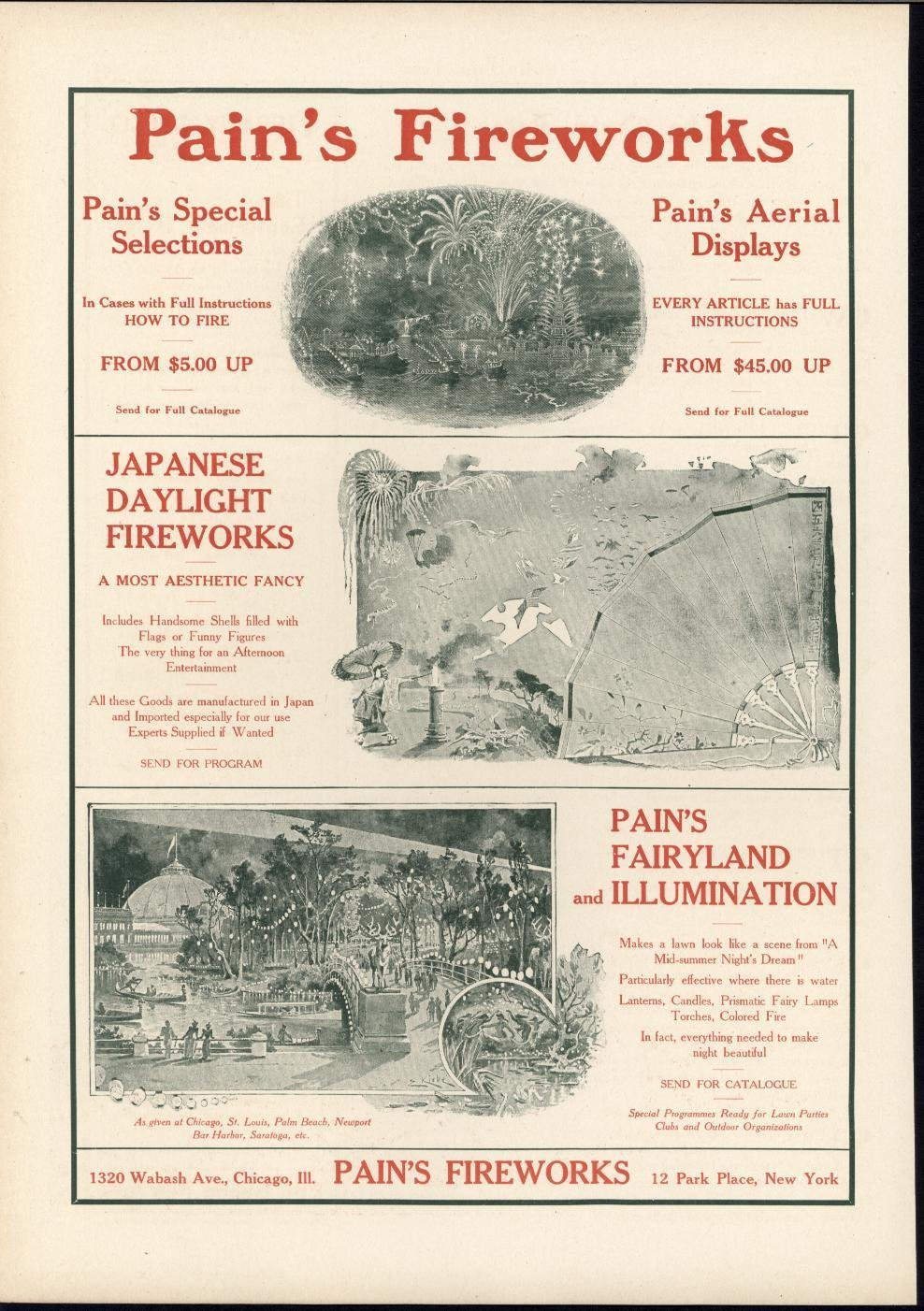 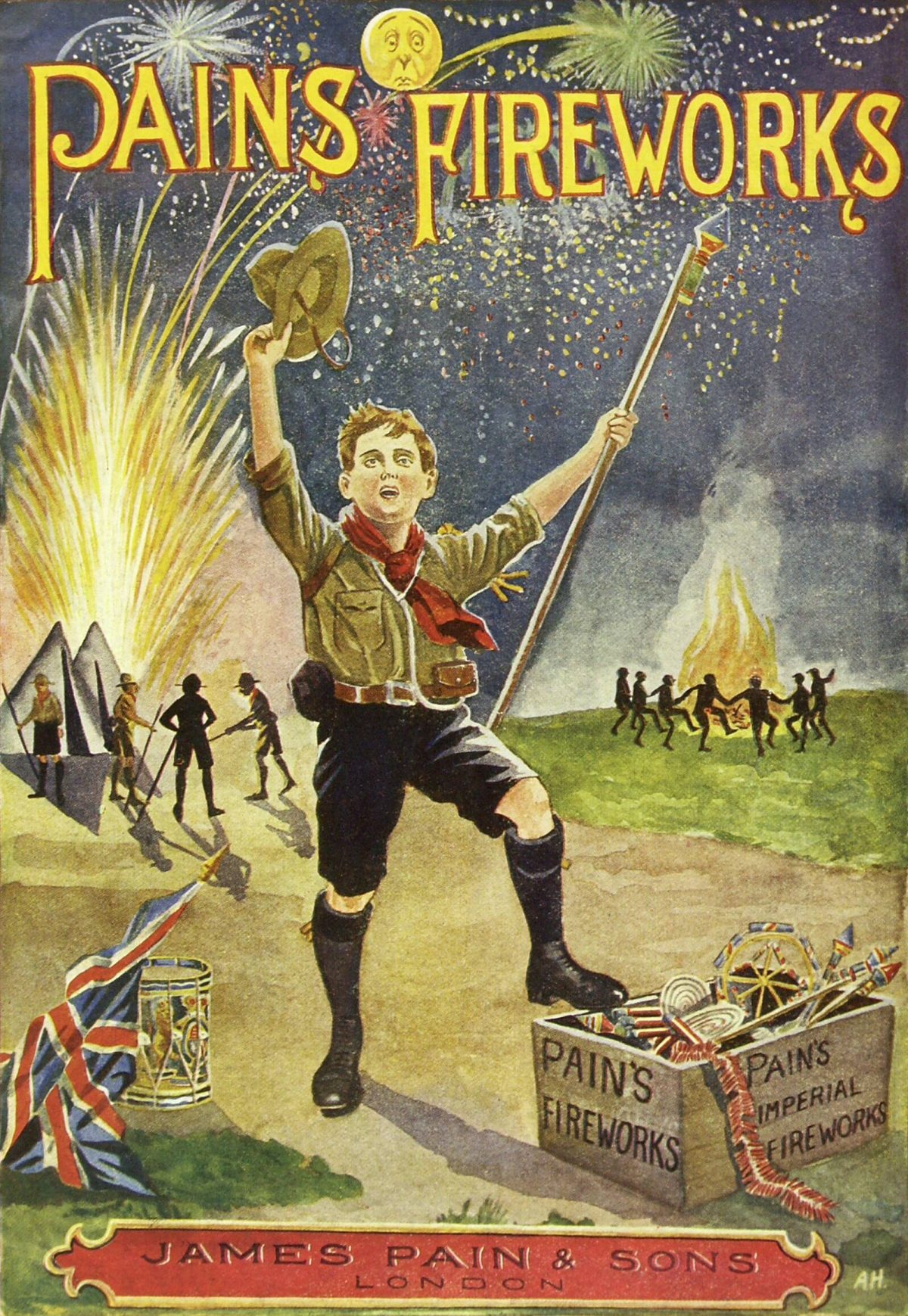 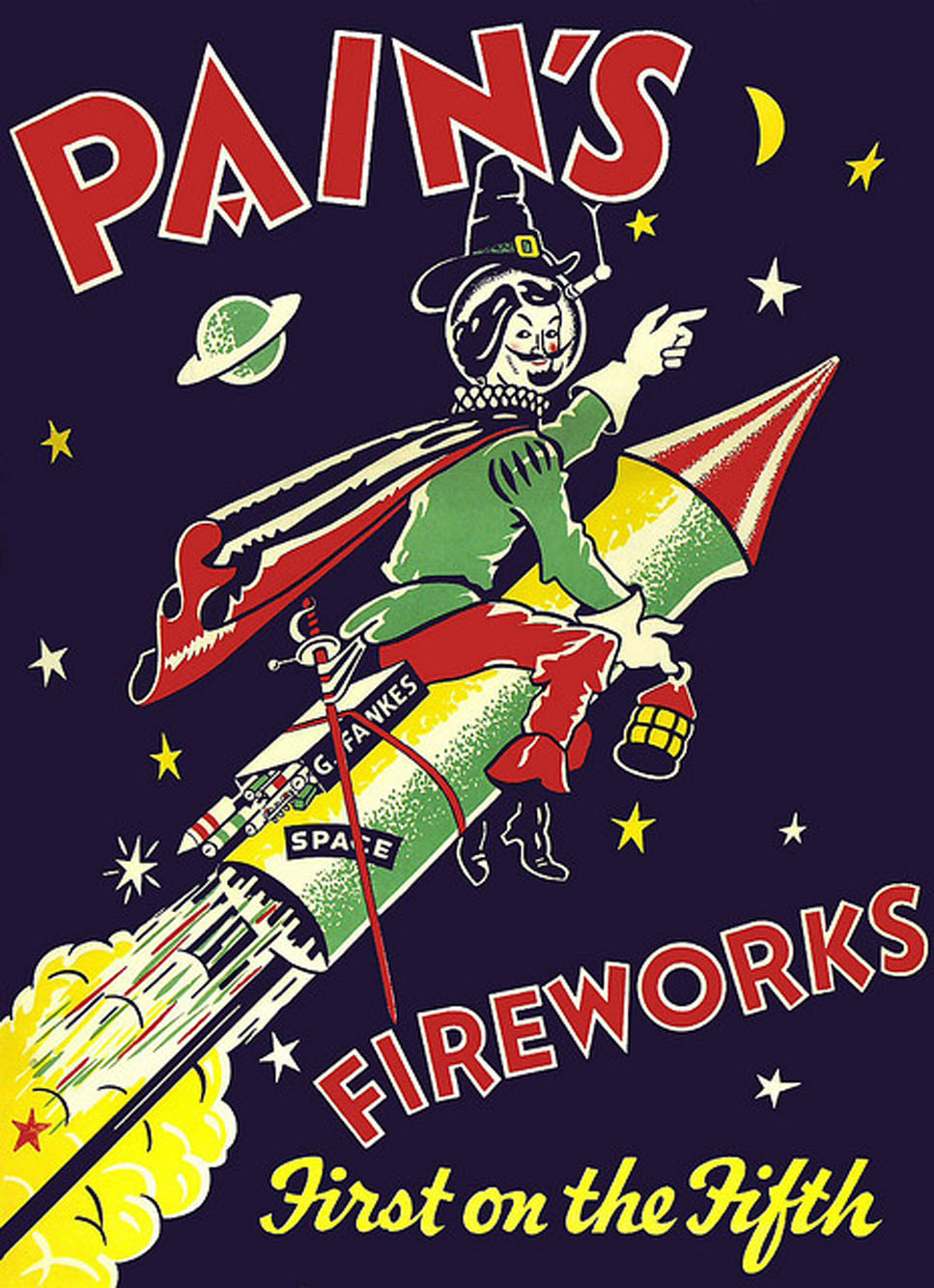 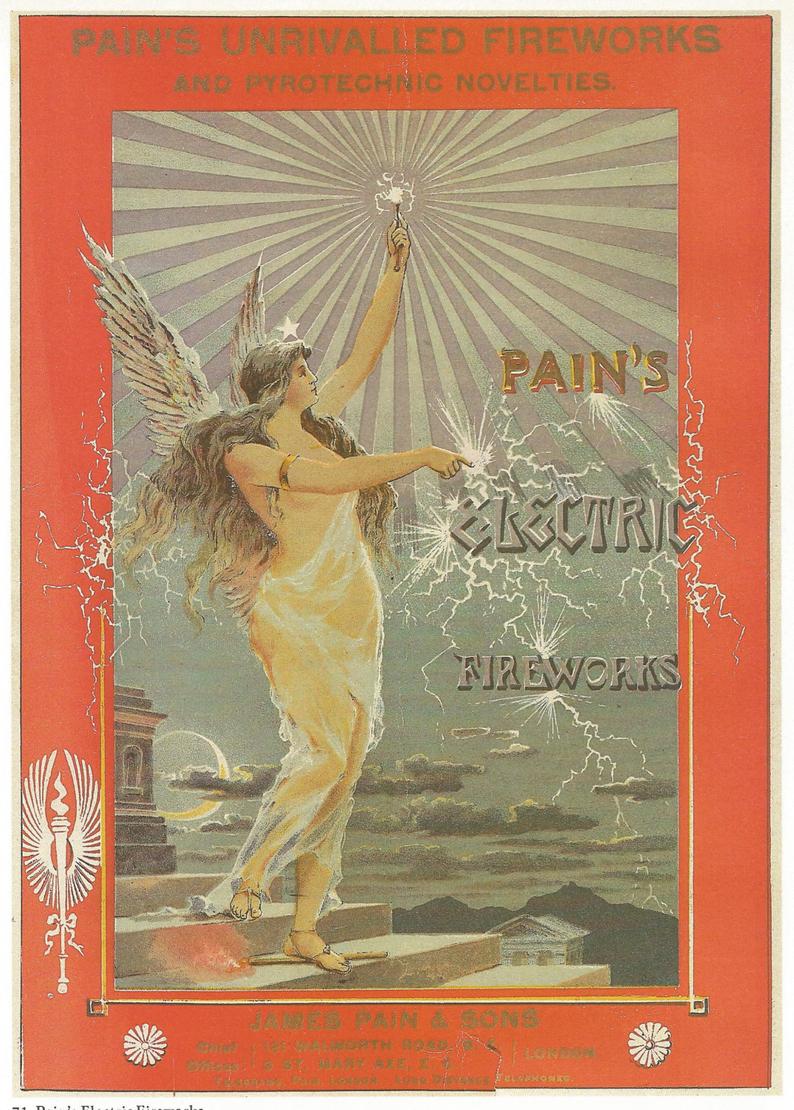 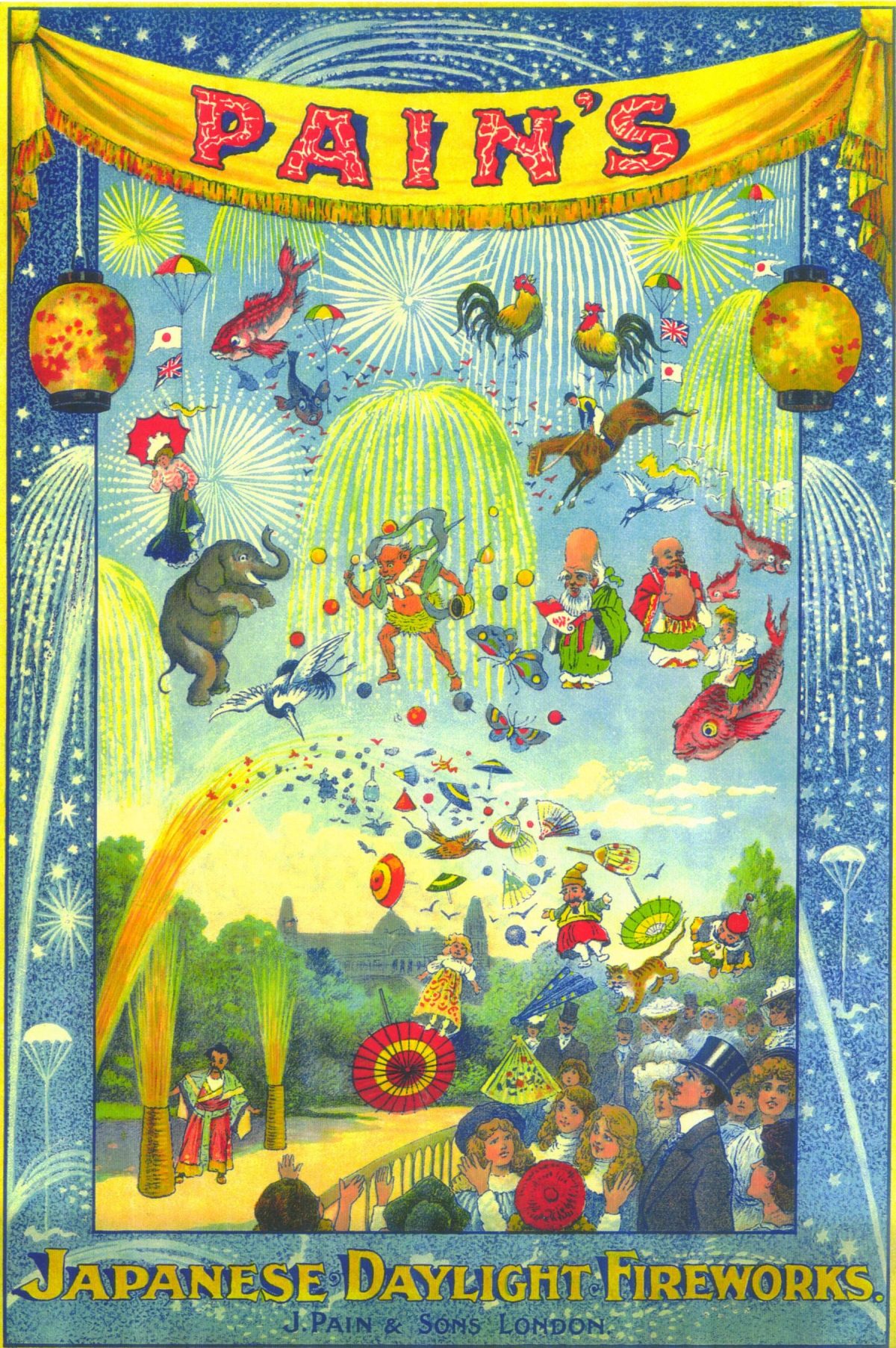 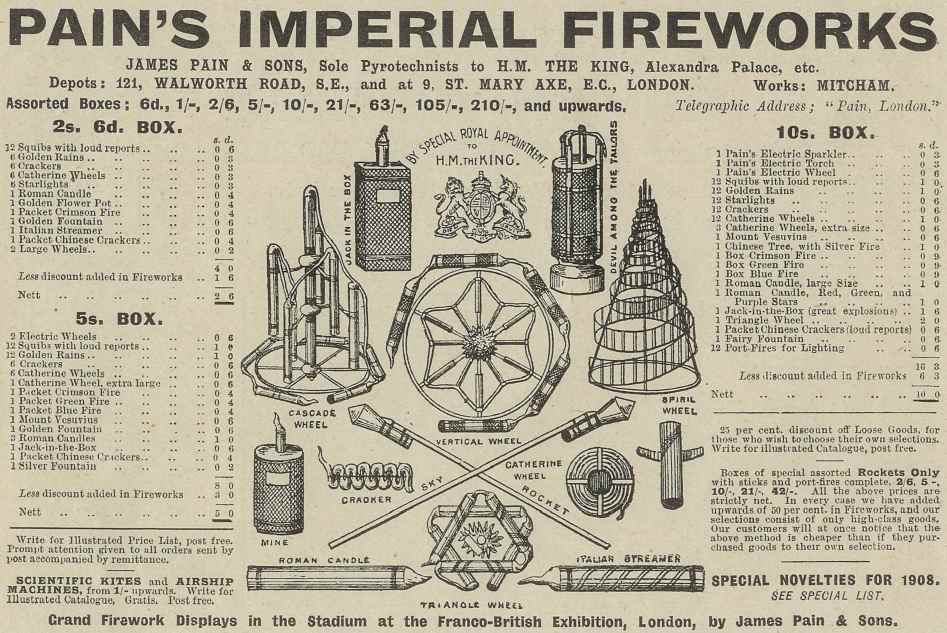 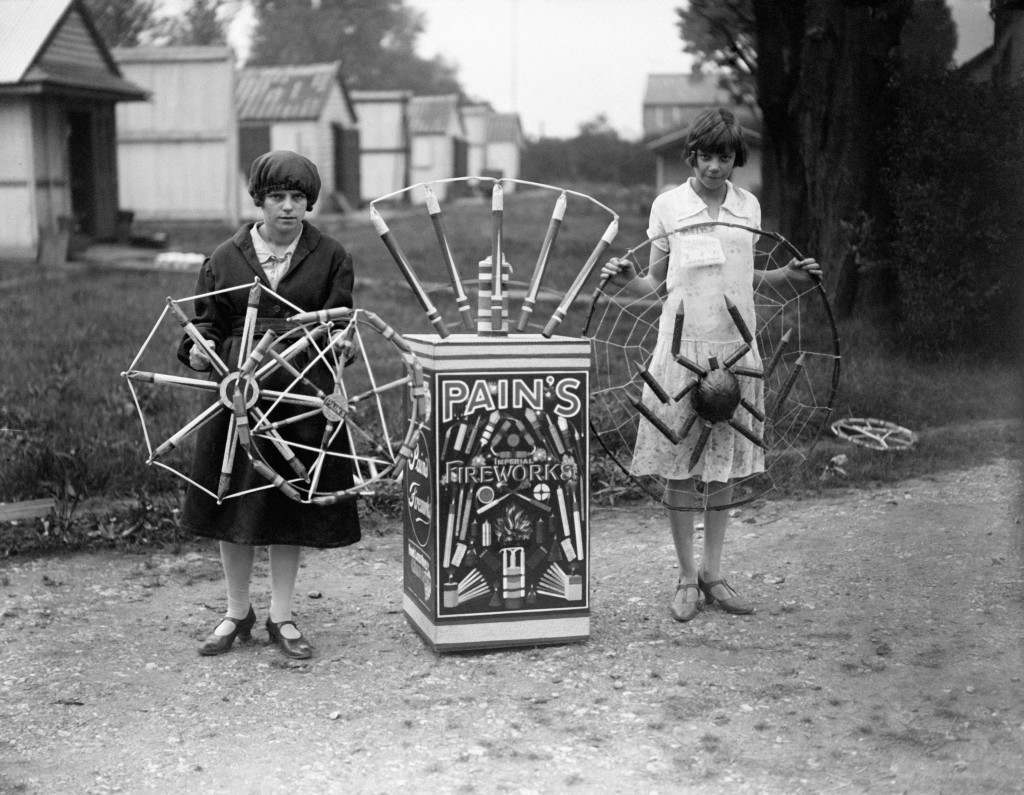 Two of the female workers at James Pain & Sons Firework factory display some of the elaborate fireworks produced by this London company, 1928 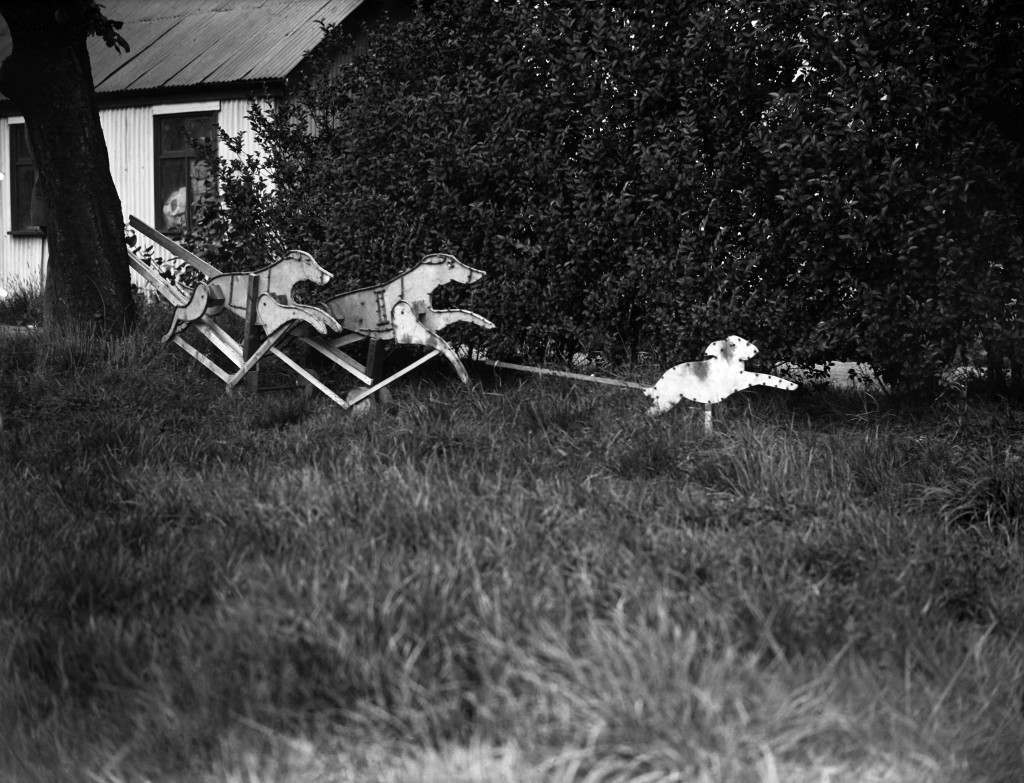 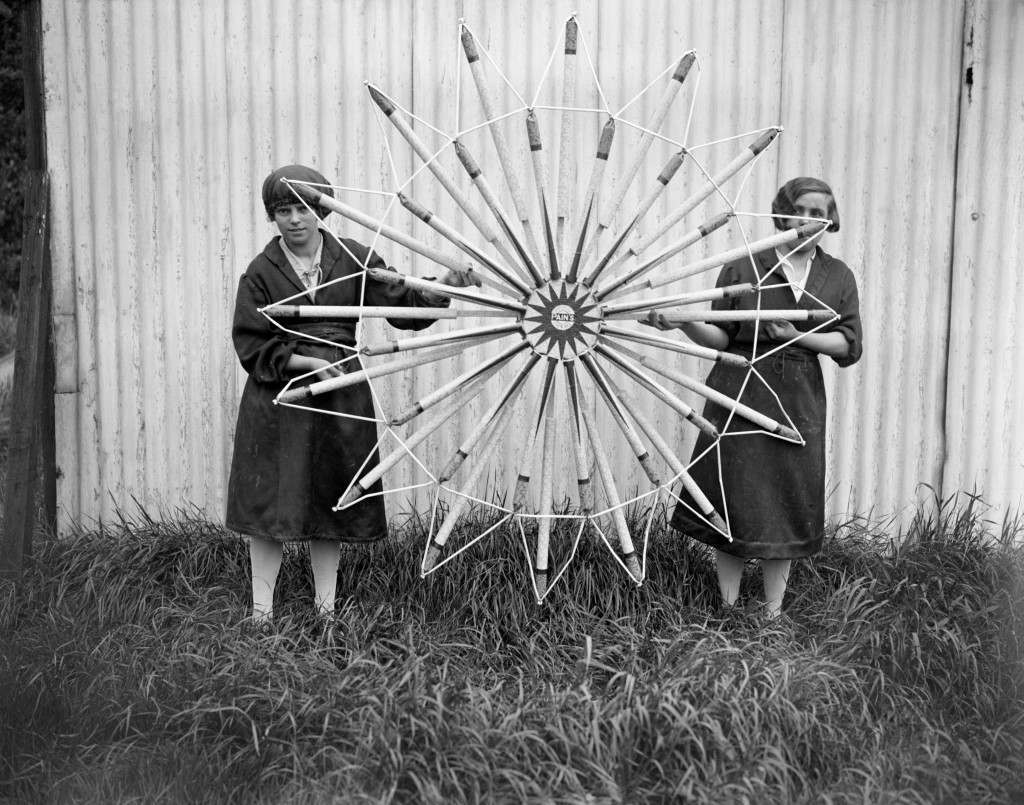 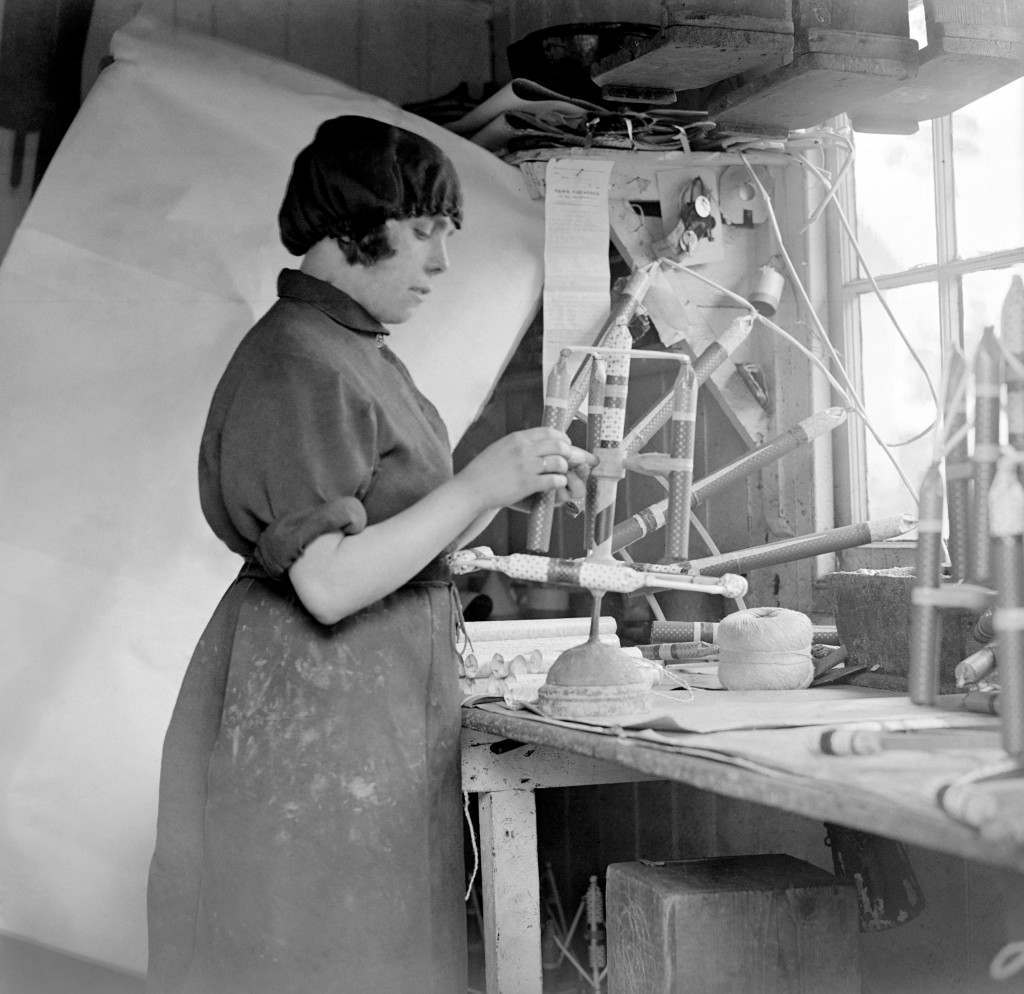 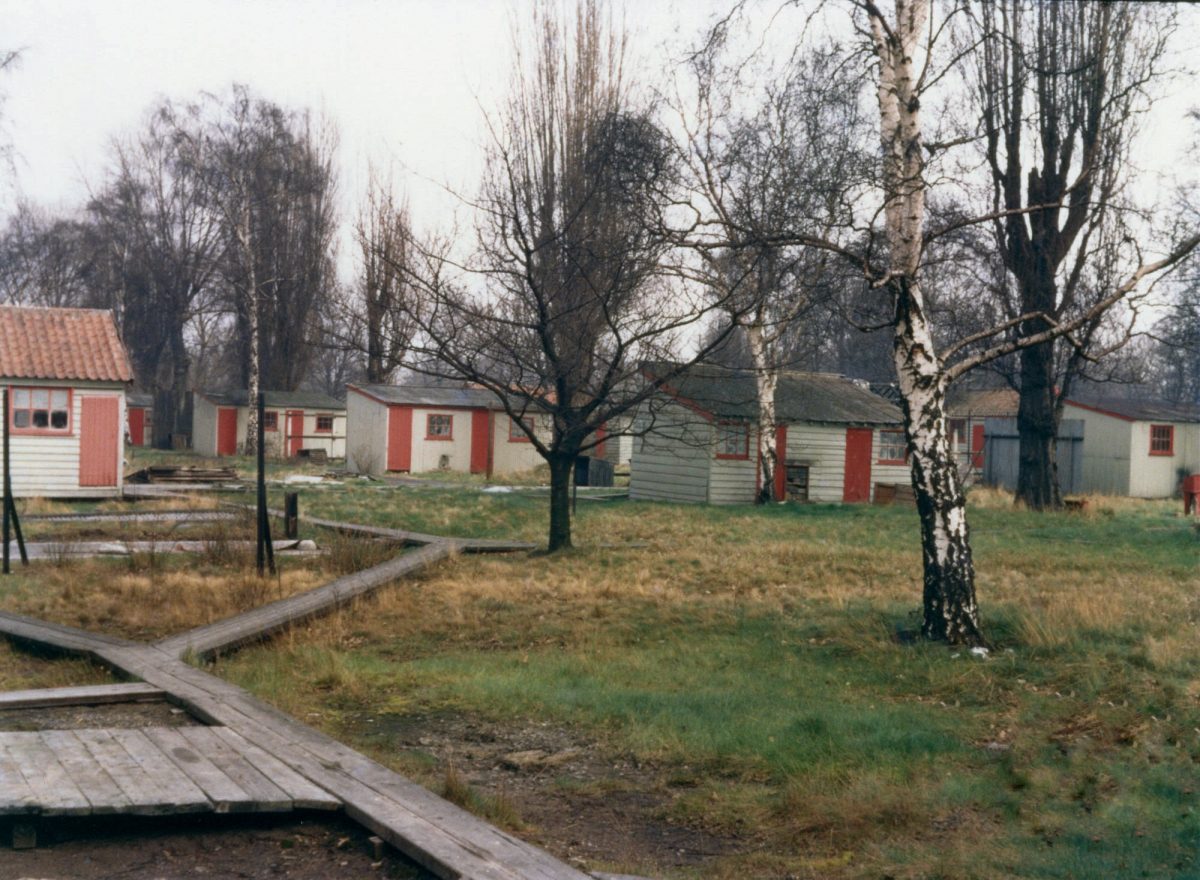 Pain’s Fireworks, Eastfields, Mitcham. c.1970. The company moved to near Salisbury in 1966