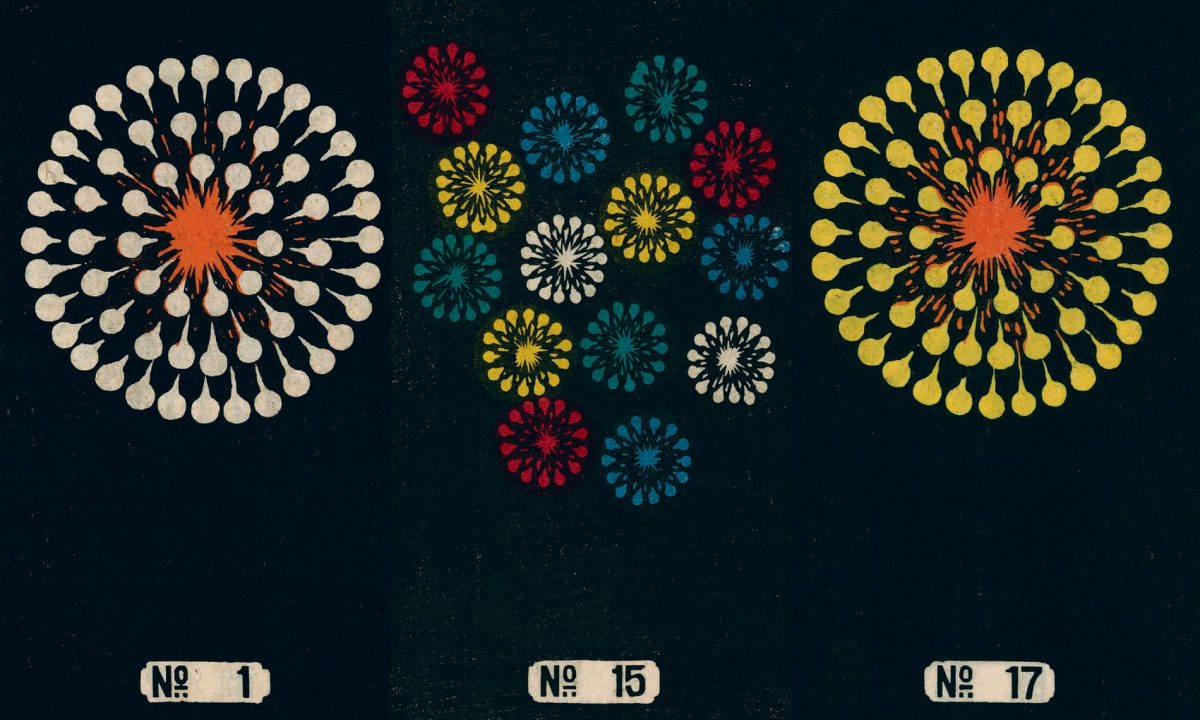 These illustrations of 花火, Hanabi (fireworks or “fire flowers”),  advertised Japan’s Hirayama Fireworks and Yokoi Fireworks companies in the late 19th century. The founder of Hirayama, Jinta Hirayama, was among the first to incorporate brighter colours into Japanese pyrotechnics (previously they emitted only subdued oranges), boosting their beauty and appeal. In Japanese culture, fireworks are highly valued partly because they are so transient, like real flowers.

British company Brocks Fireworks published catalogs of these Japanese companies’ fireworks. Six catalogs have been digitized and made available for download at the city of Yokohama’s public library. 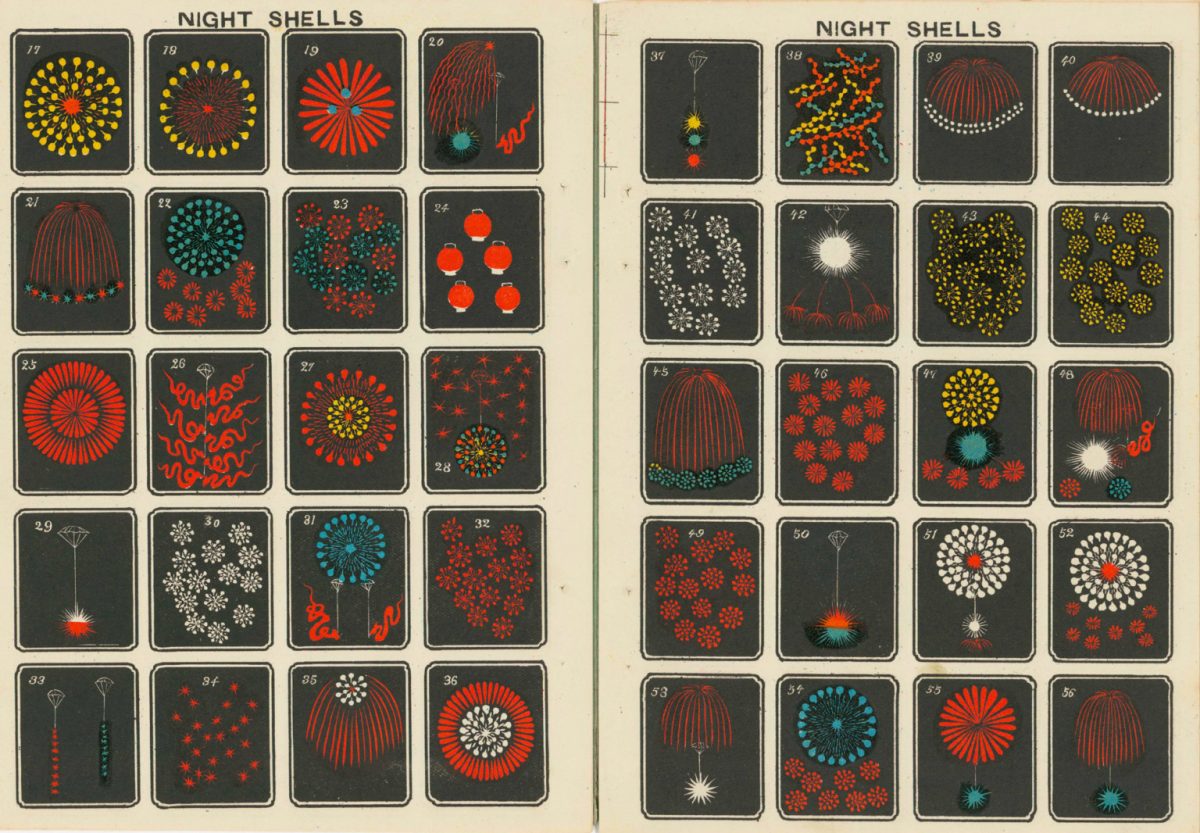 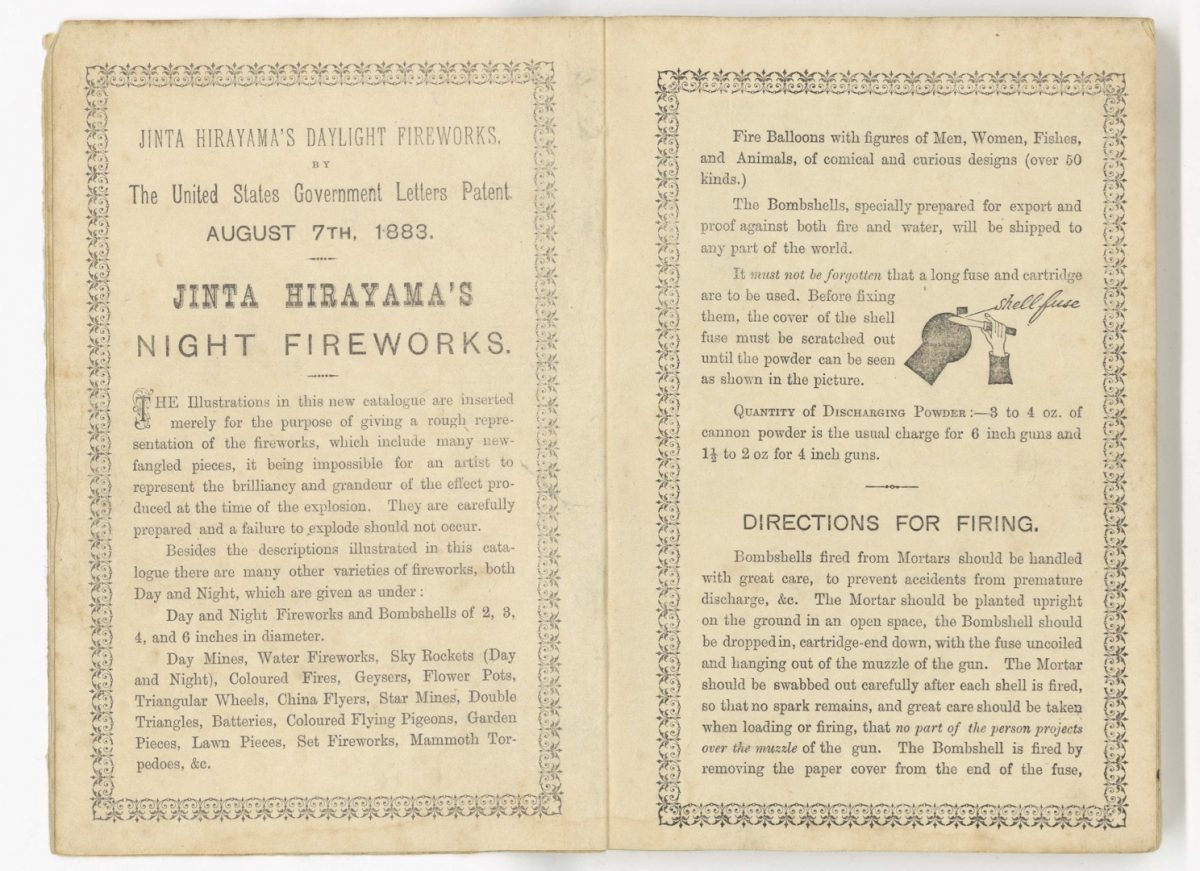 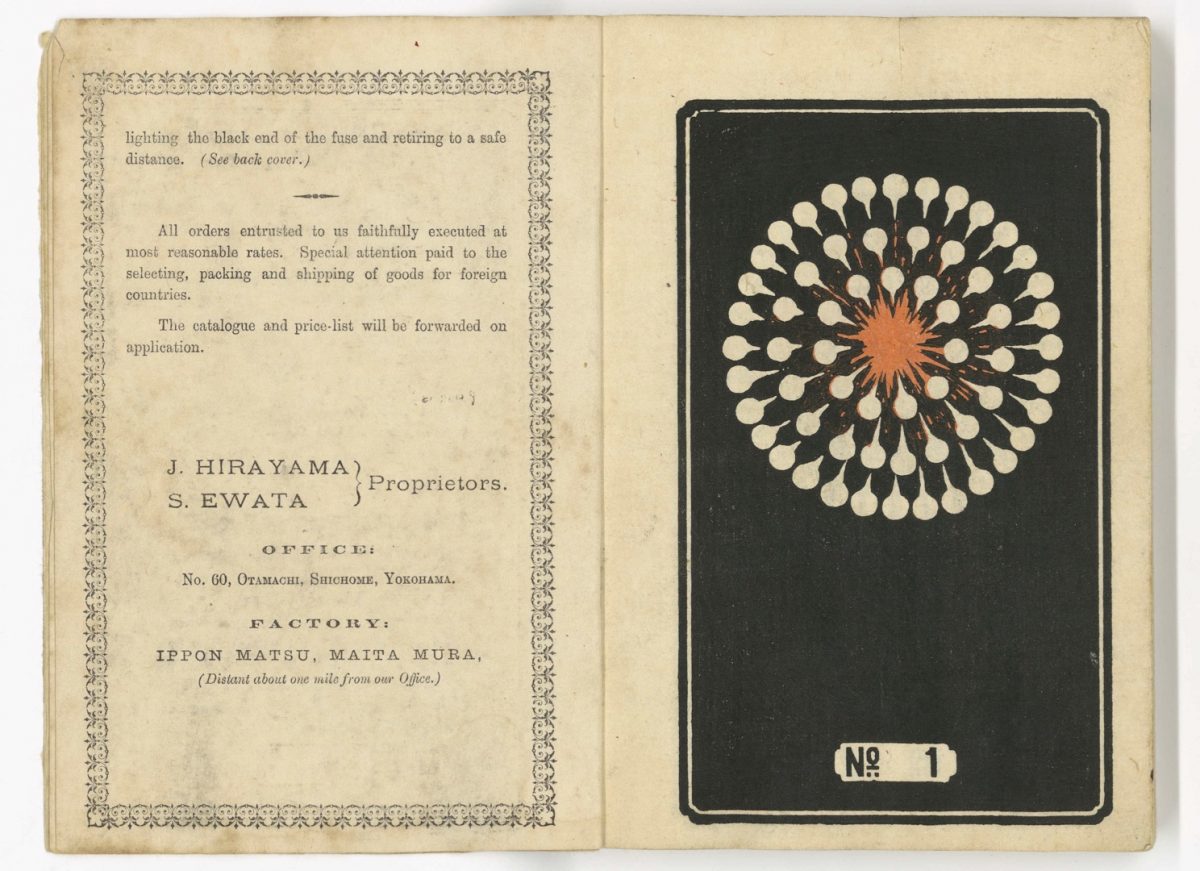 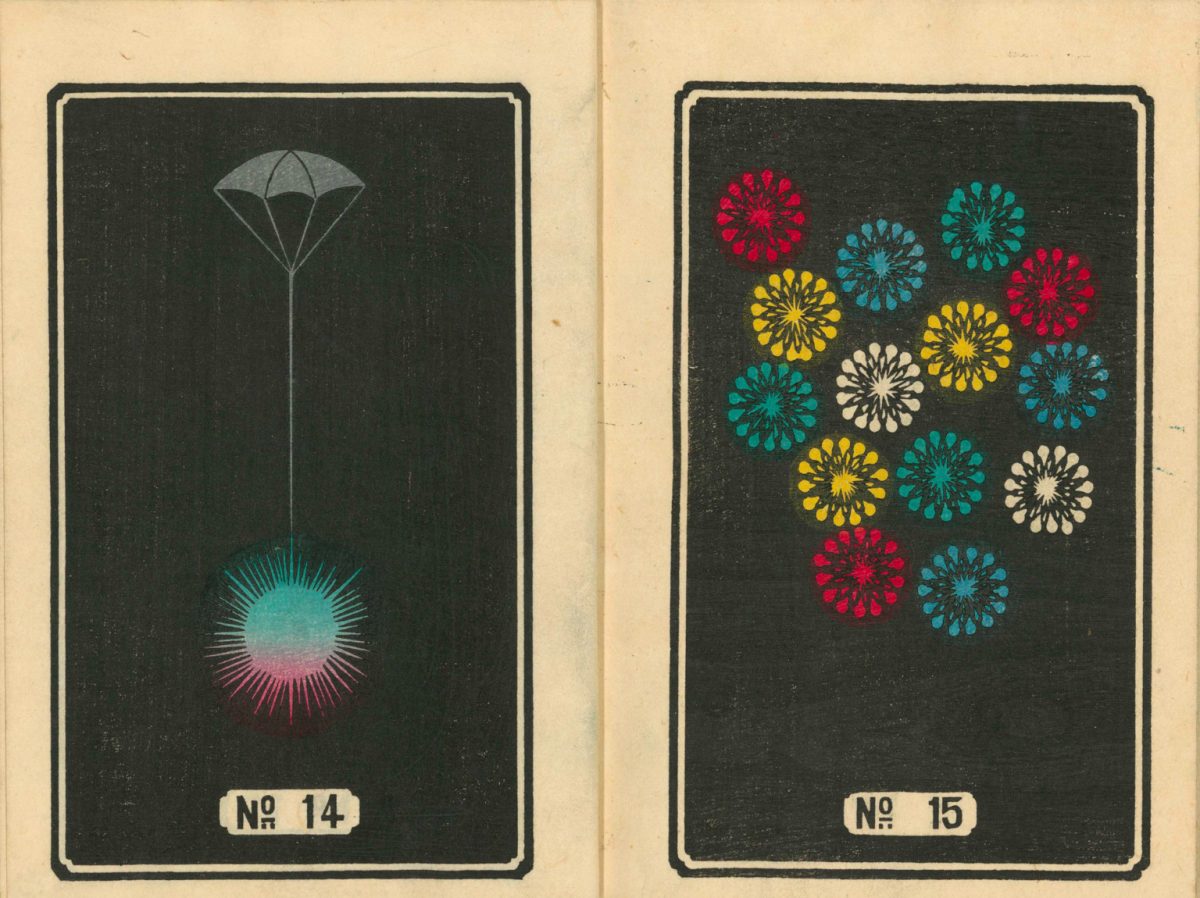 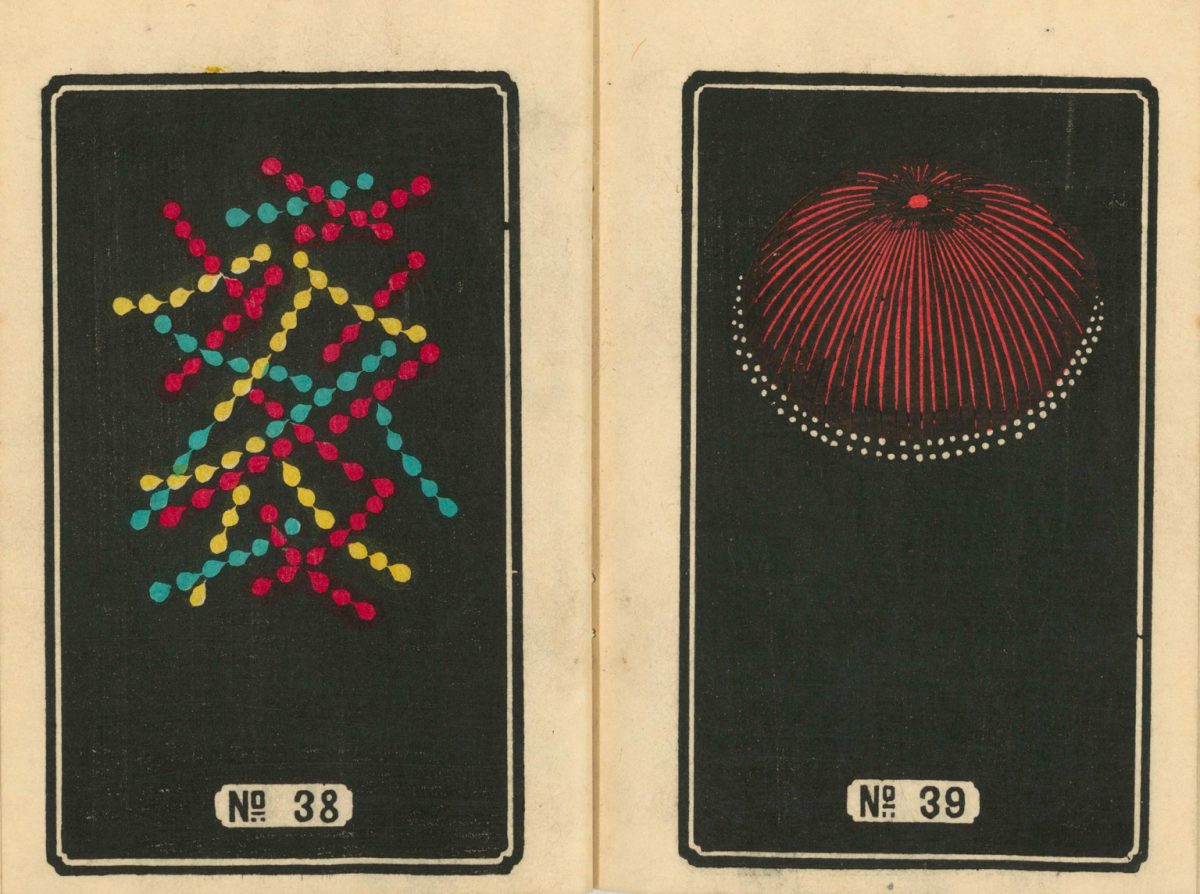 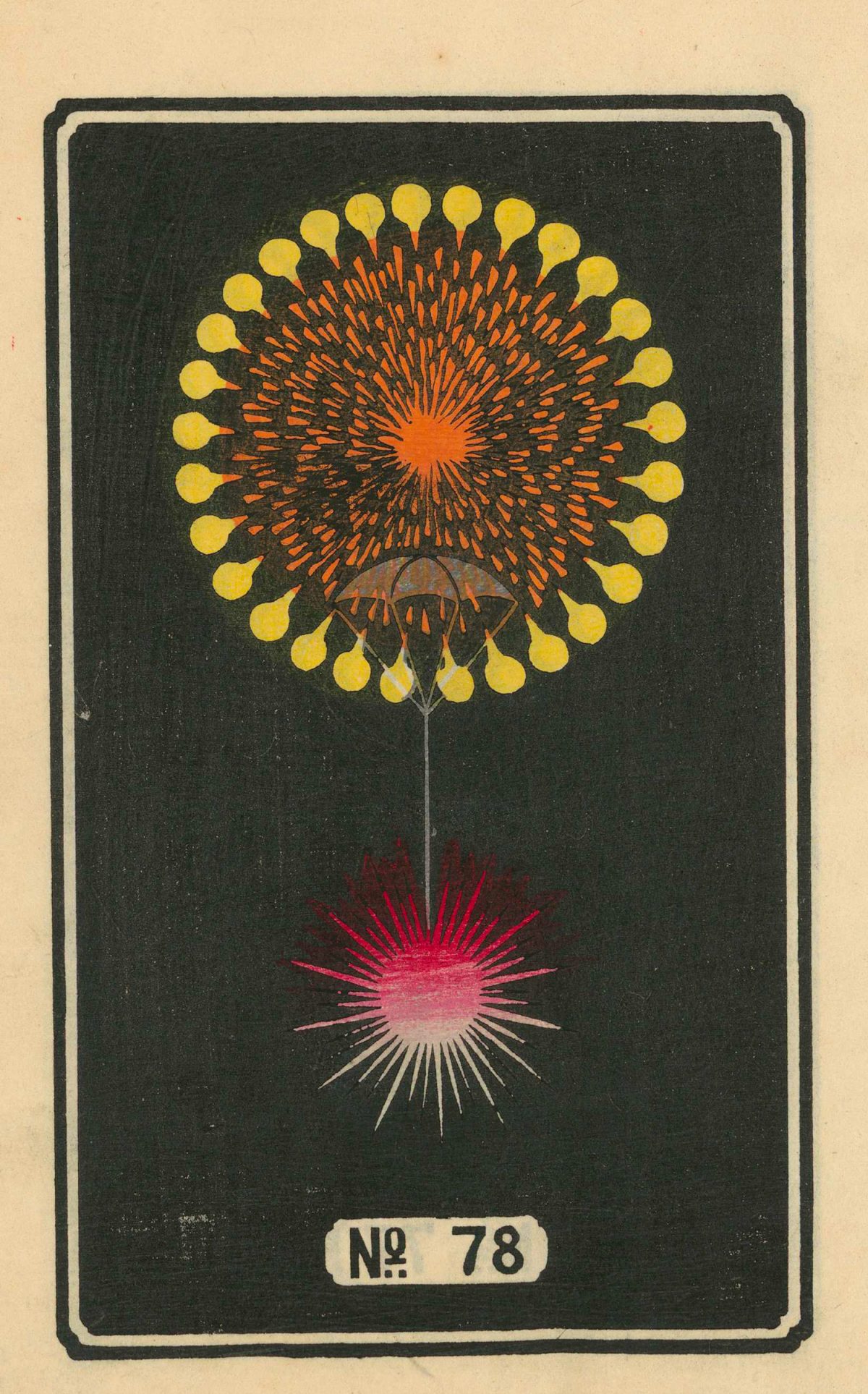 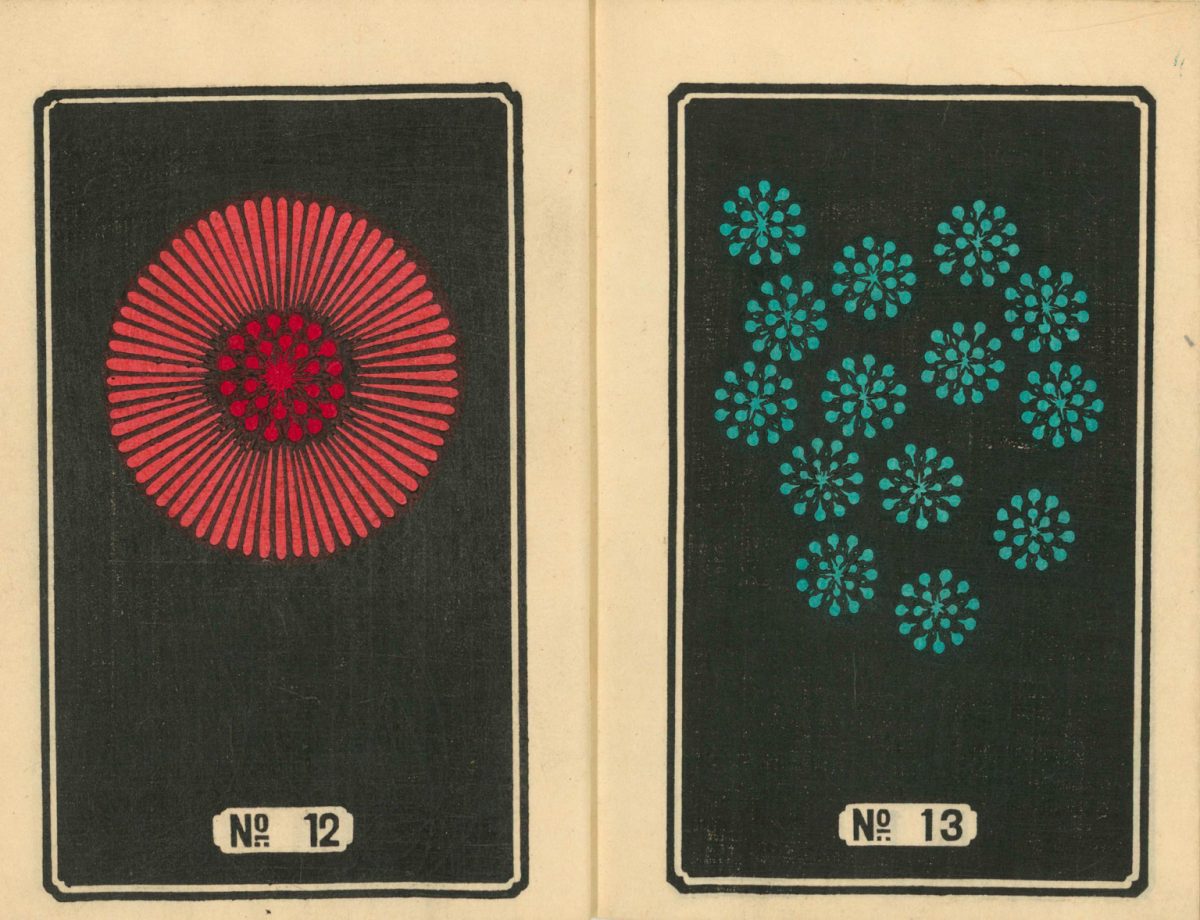 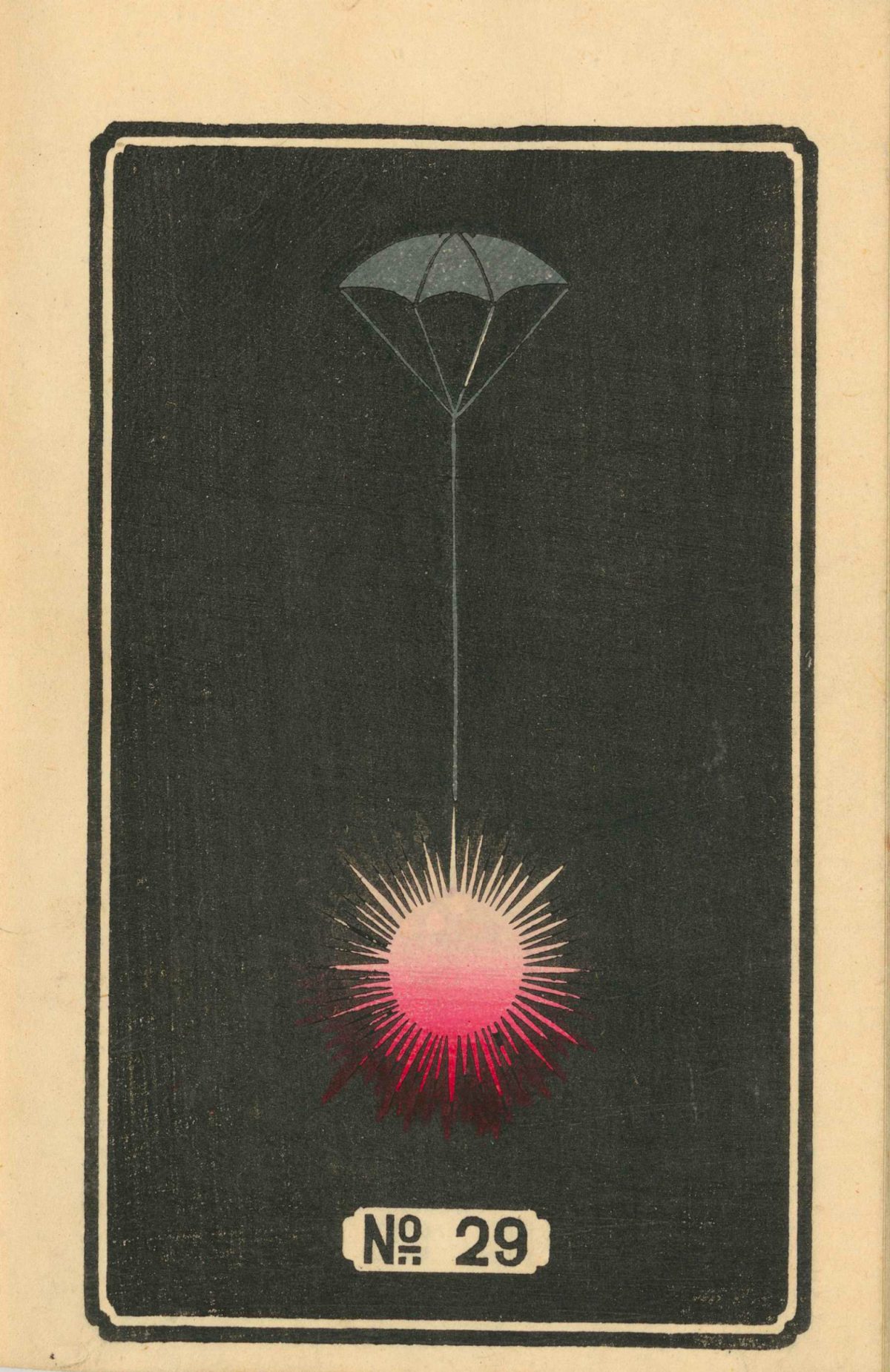 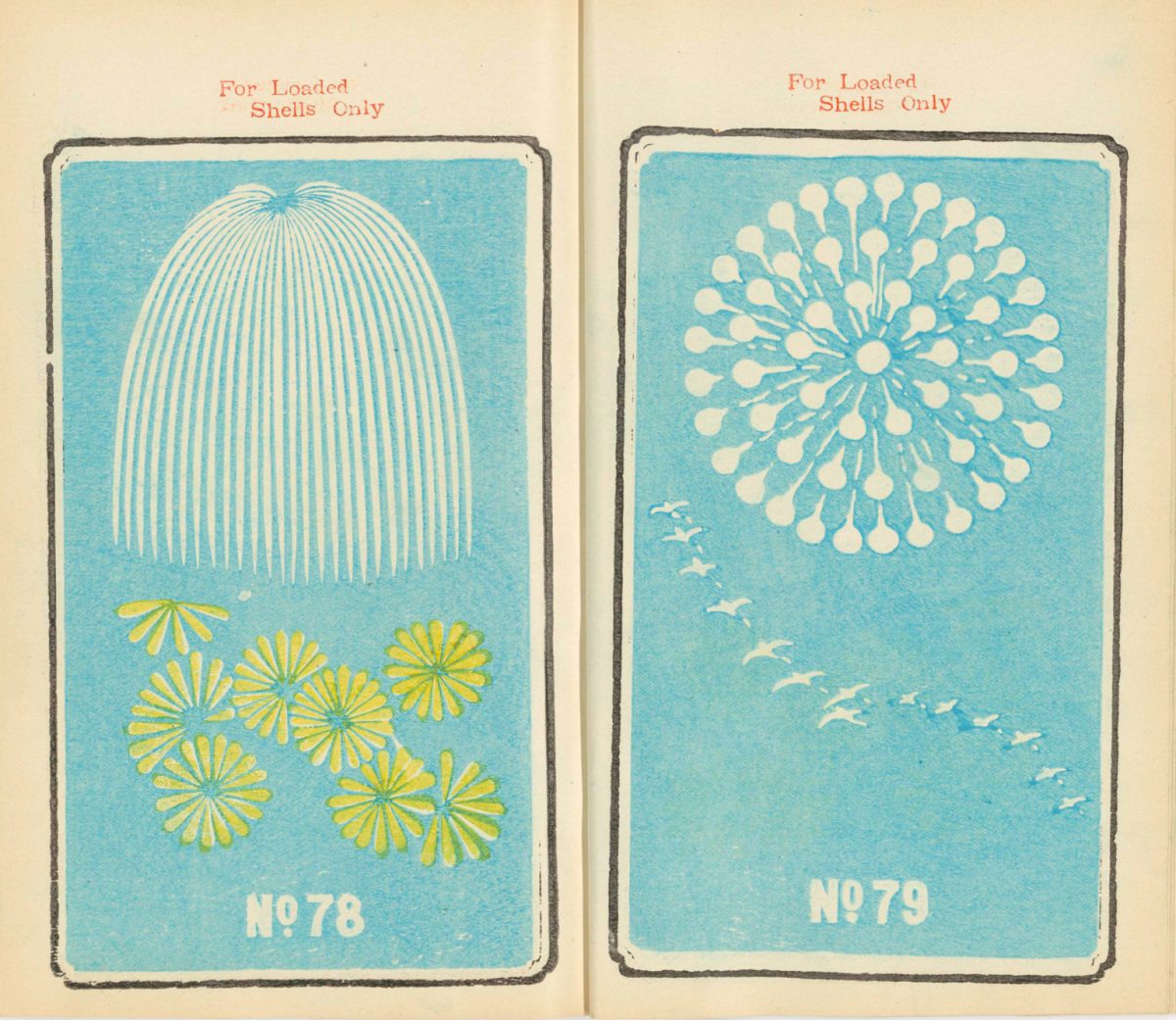 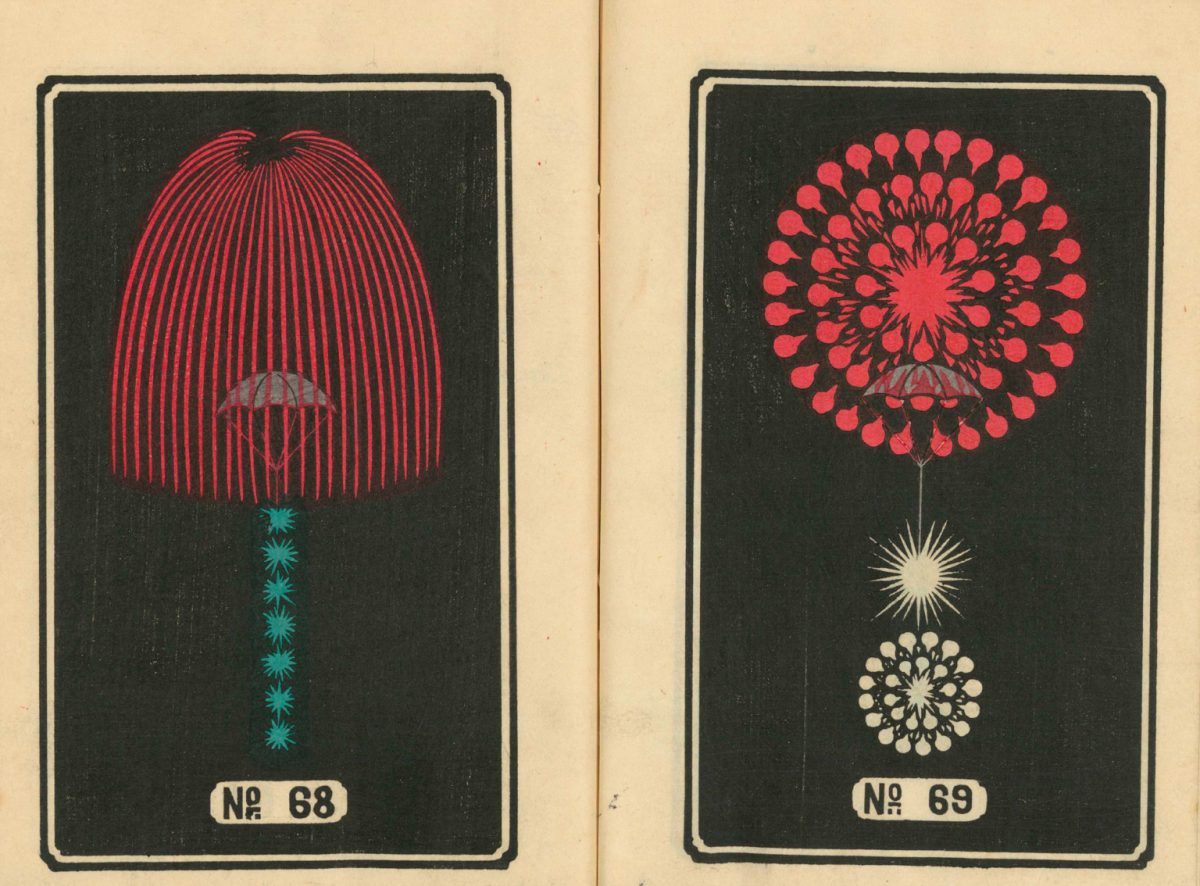 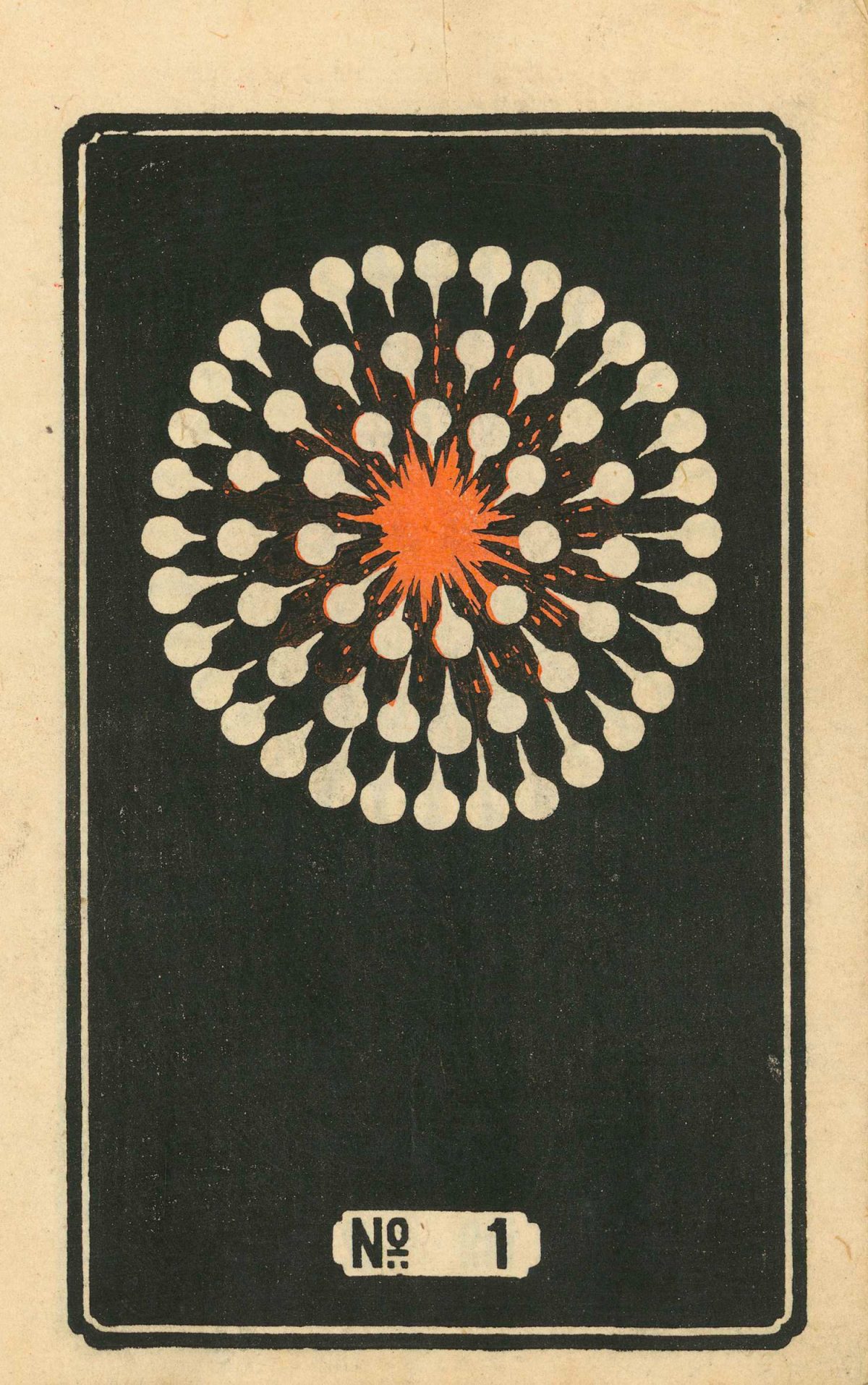 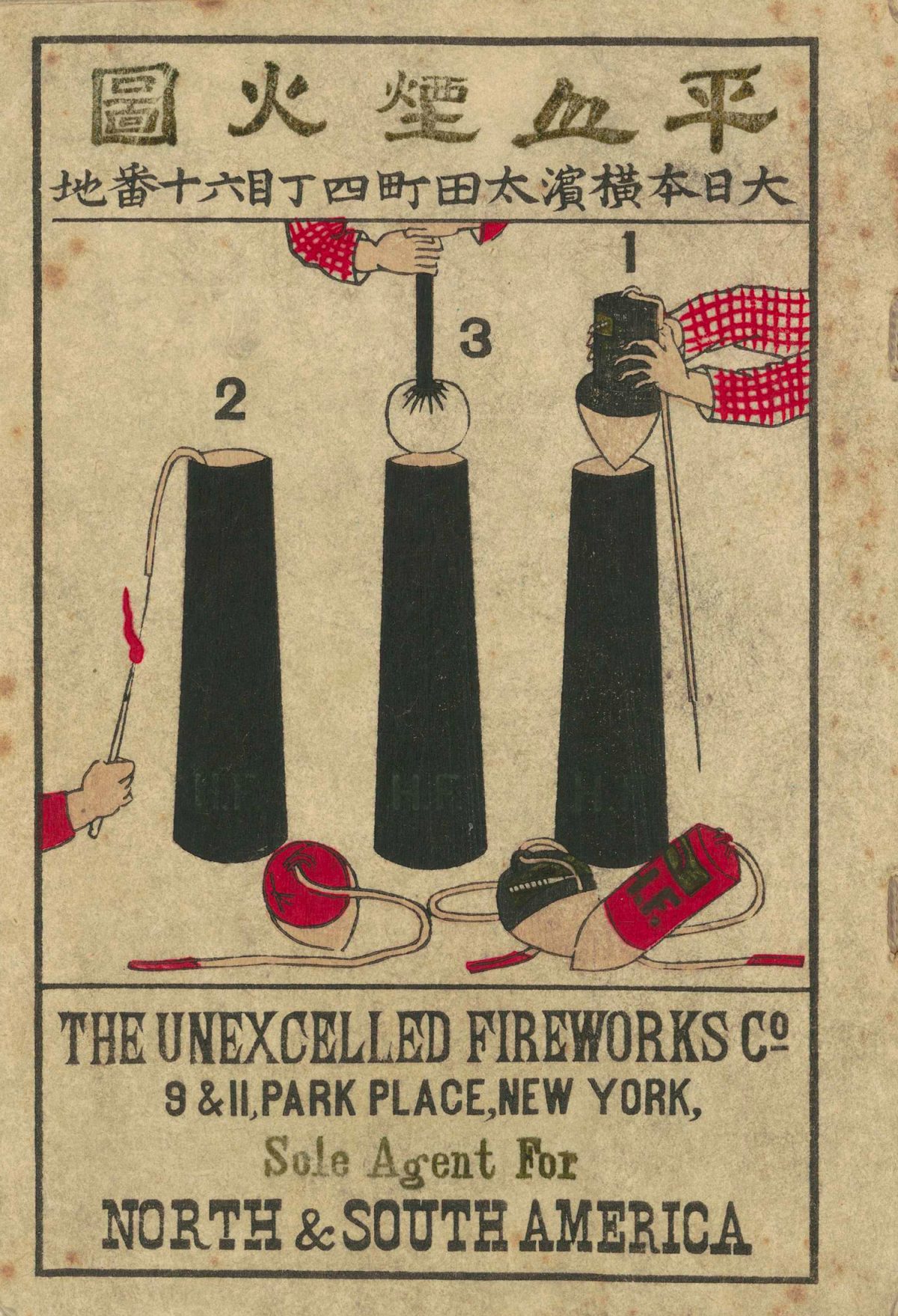 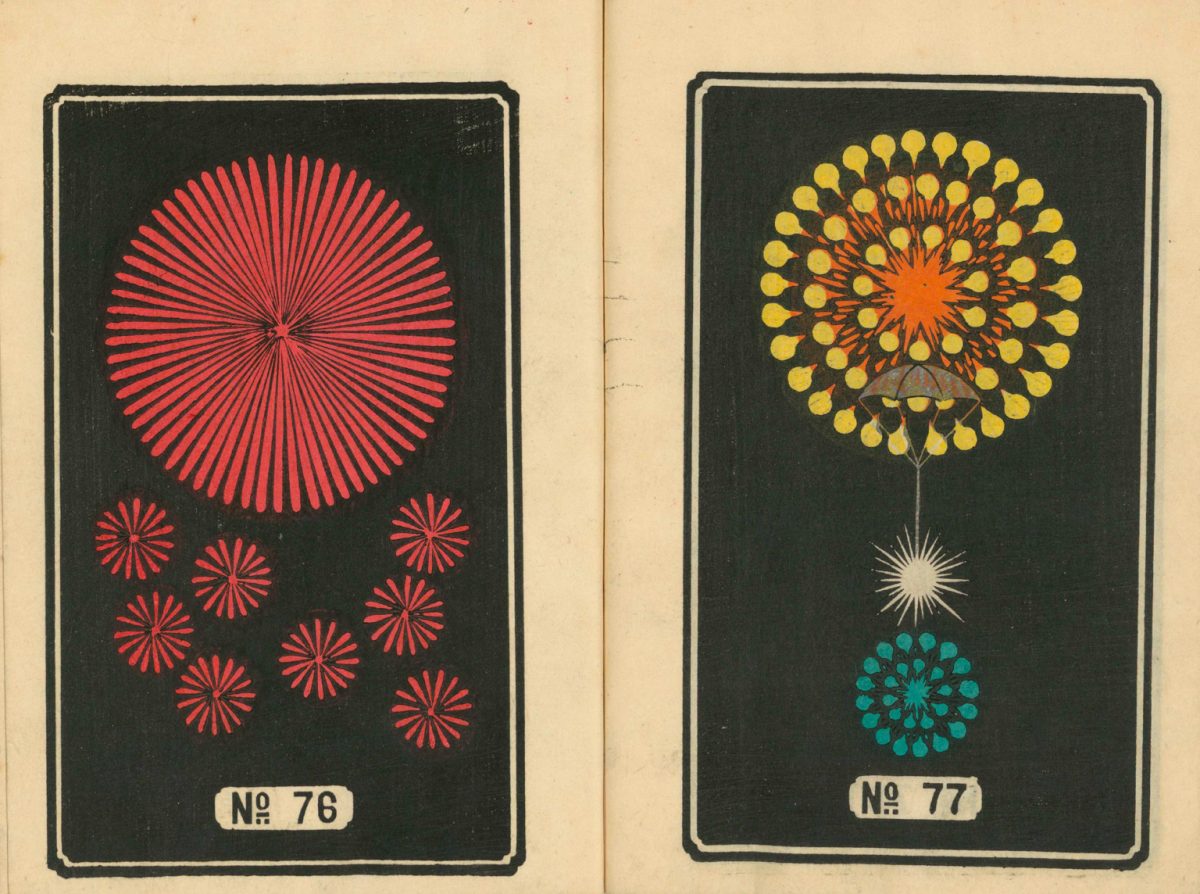 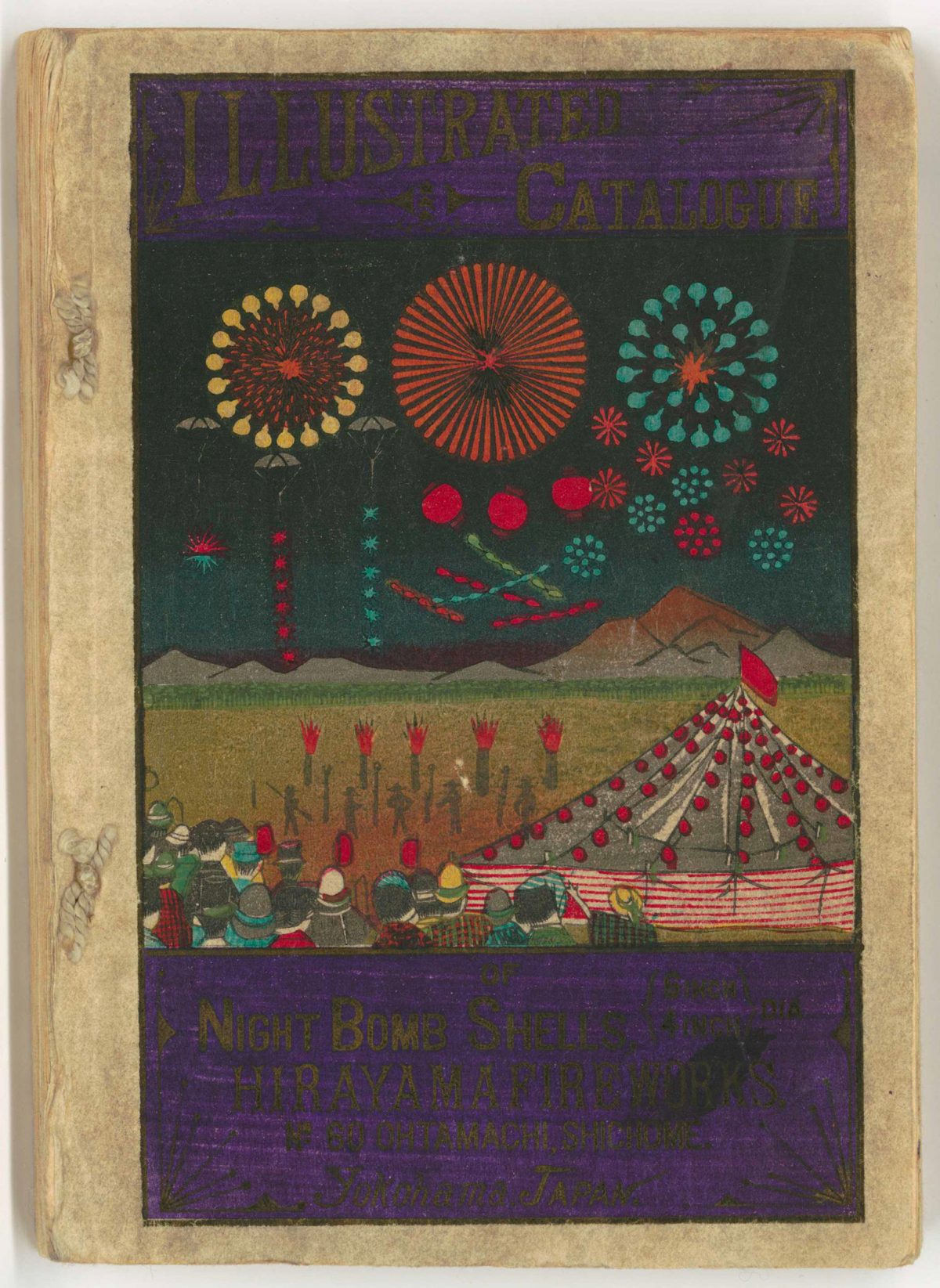