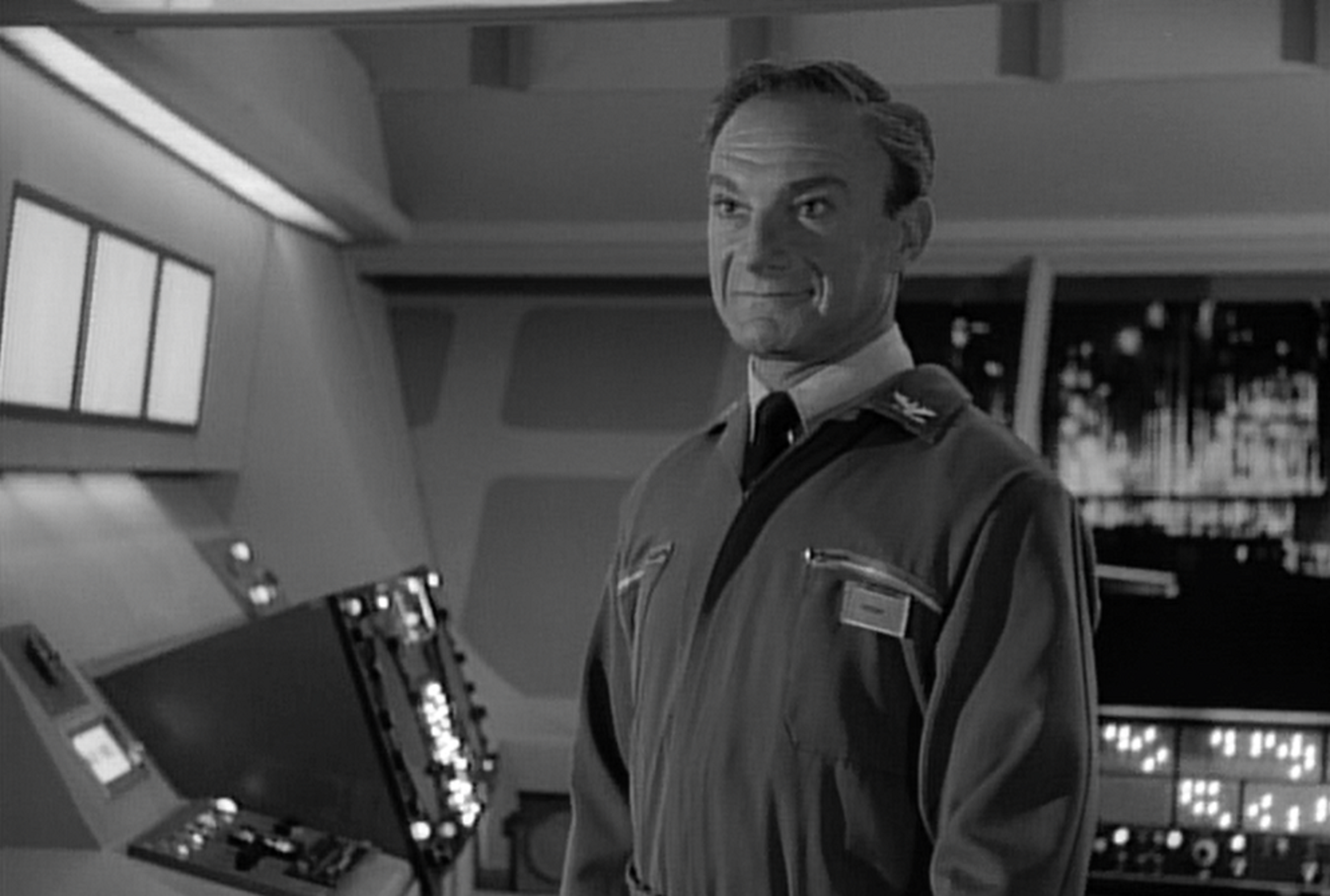 The good news is that the black-and-white first season still looks fantastic. The production values remain remarkable, and are frequently matched with extraordinary photography. Some episodes created during this span, like “My Friend, Mr. Nobody” play as wondrous space age fairy tales, whereas others, like “Wish upon a Star” feel like cautionary, Gothic horror tales. 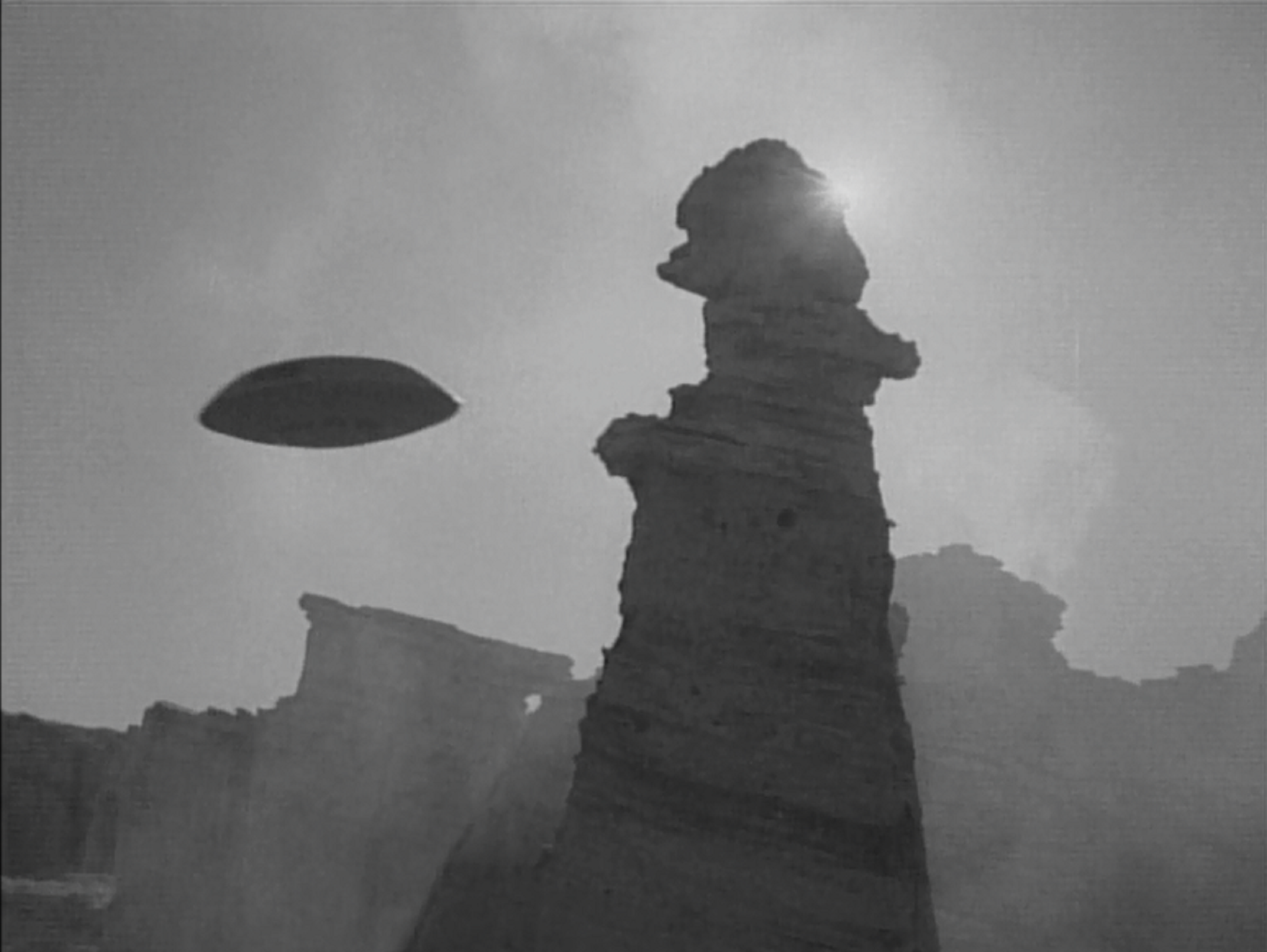 Overall the, first season of the classic sci-fi TV series expresses well the notion of a pioneer family facing the unknown together on the frontier.

There are moments of real humanity and intimacy in these episodes.  One eminently worthwhile story, “The Sky is Falling,” contemplates the way that — on the edge of civilization — irrational fear can lead, almost directly, to hostility, violence and warfare. 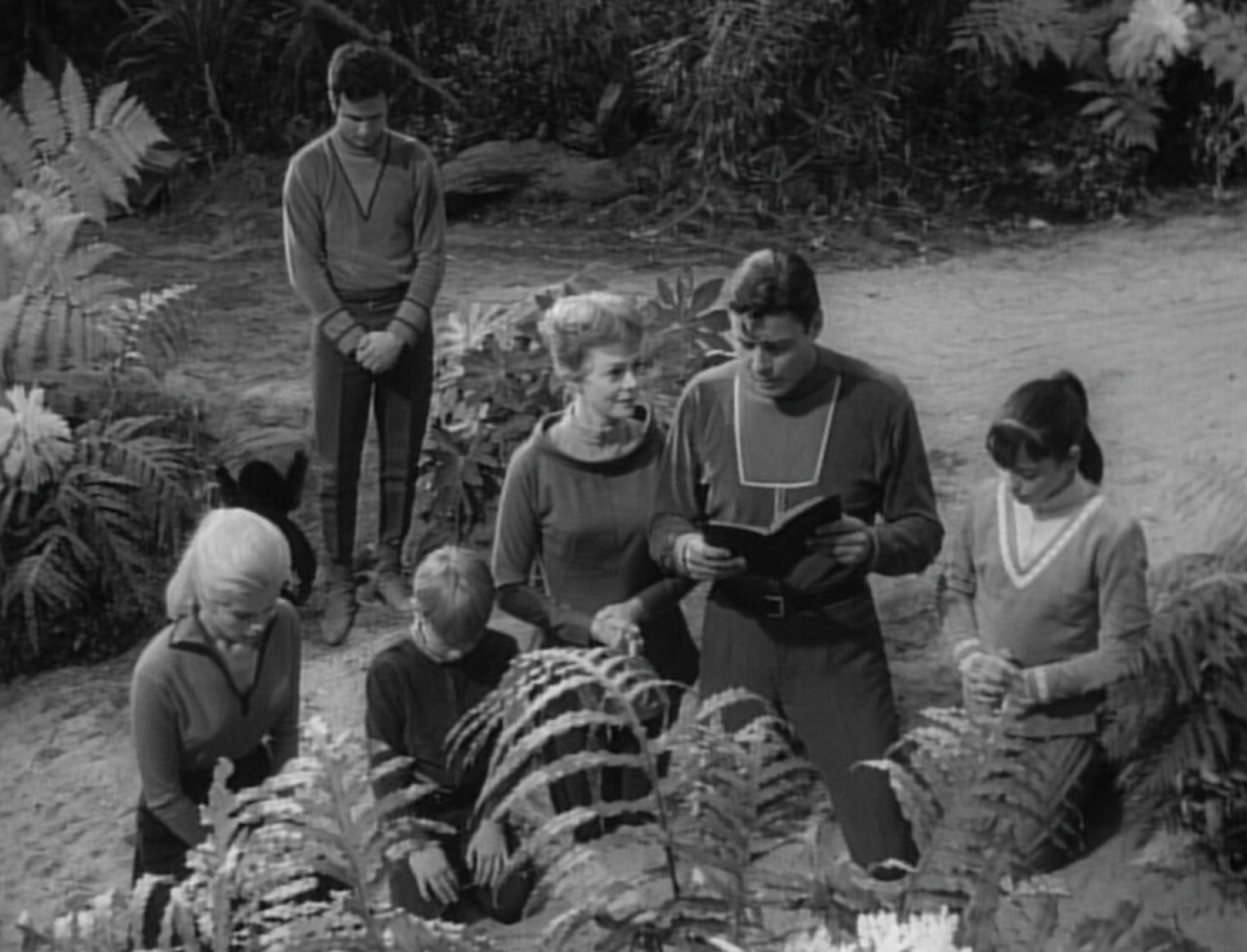 Working against the overall success of the series, in some fashion, is the central character of Dr. Smith, played by Jonathan Harris.

Harris is terrific in the role, make no mistake.  He absolutely makes the character his own.  But Smith himself isn’t always put to good, productive or consistent use by the series’ writers. When deployed best, in the aforementioned “The Sky is Falling,” or “Wish Upon a Star,” for example, Smith symbolizes the yin to the Robinson’s yang; an explicit reminder that in human nature you will find both angels and devils.

At his worst, Smith makes trouble for the Robinsons for no dramatic reason, doing exactly the wrong thing at the wrong moment.  Too often on the series, drama is created by Smith’s behavior, and not by the challenges the family faces on the space frontier.

This problem grows even worse in the second season.  But even in the first season (the subject of this article), one begins to wonder why the Robinsons continue to trust Smith, and keep him in their settlement.

Trust and forgiveness are wonderful human qualities, but when someone persists in the same kind of dangerous, treacherous behavior, as Smith clearly does, one begins to question the family’s decision-making abilities.

Here are five instances in the first season of Smith’s bad behavior that by all right should earn him the proverbial kick out the airlock.  These are five crimes for which the good doctor is incontrovertibly guilty, and should have been held accountable for. 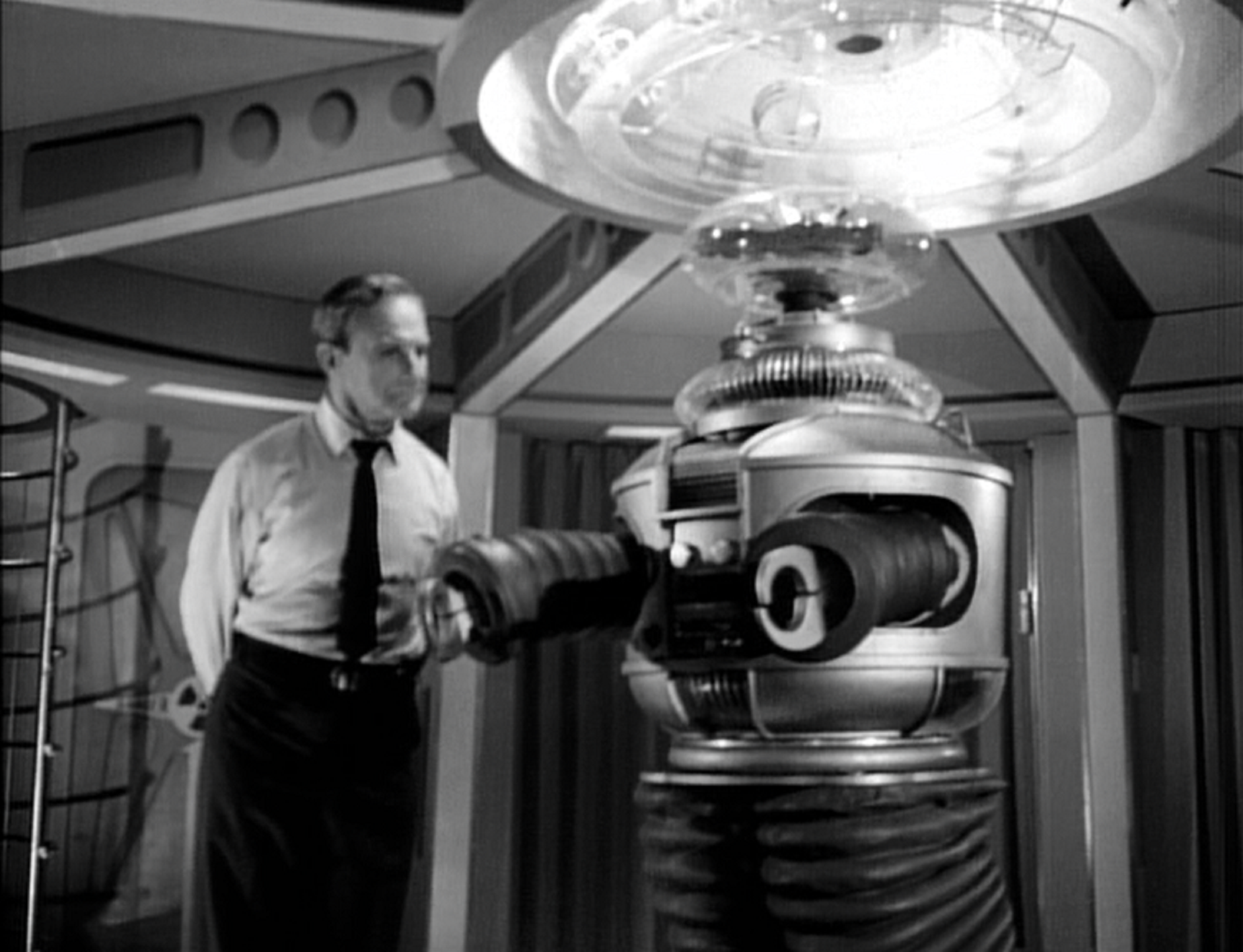 In the very first episode of Lost in Space, and a re-do of the original pilot that was Smith-less, Dr. Smith is the sinister saboteur from a foreign government responsible for nearly destroying the Robinsons’ ship, the Jupiter 2, and then getting the family and vessel lost permanently in space.

Is there really any coming back from this?  Apparently, so. 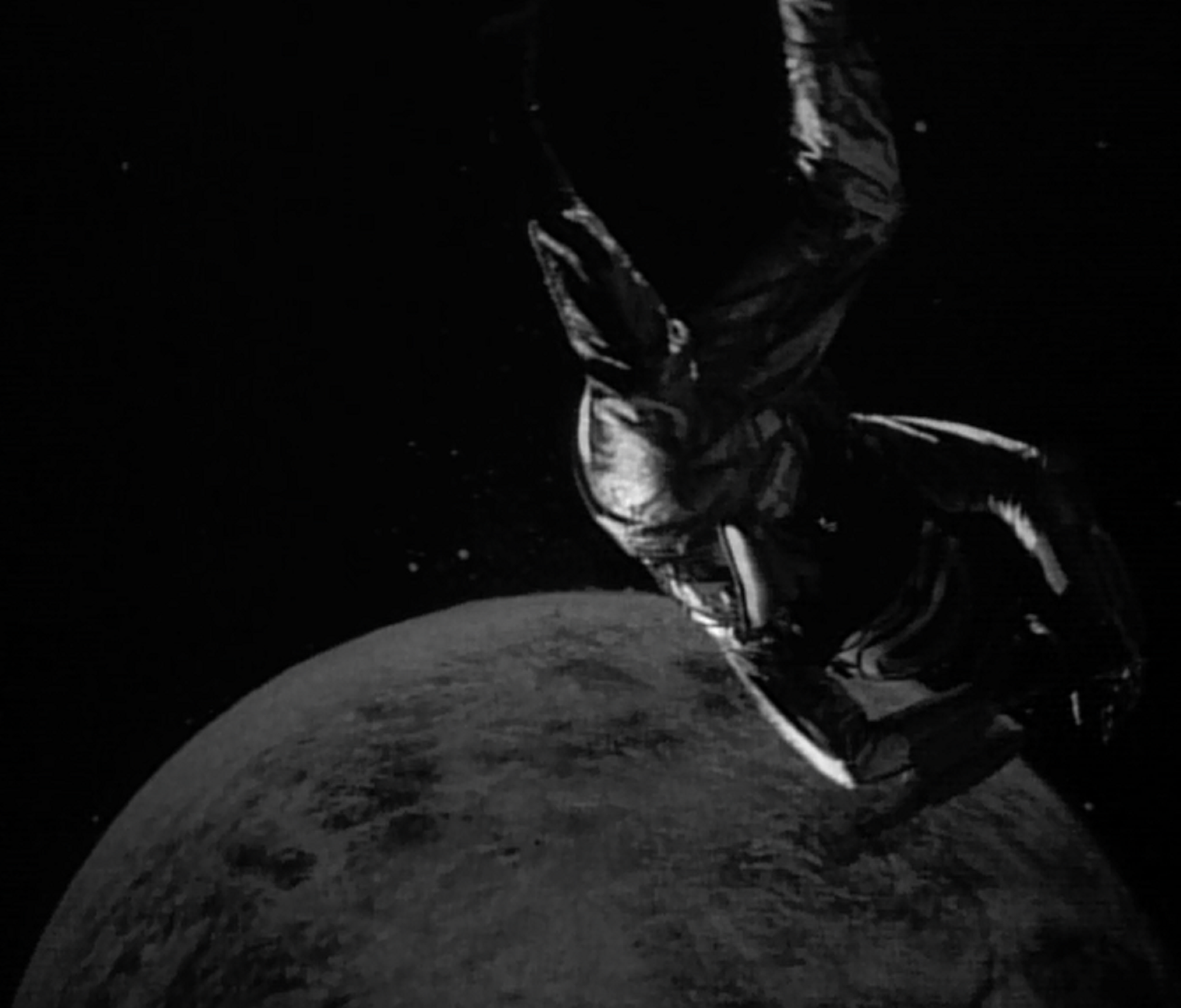 Attempted Murder: “Islands in the Sky”

In this episode, Dr. Smith commits sabotage yet again, but his work is targeted at one man, John Robinson (Guy Williams), patriarch of the family.  In particular, Smith sabotages John’s para-jets shortly before Robinson conducts an important extra-vehicular spacewalk. The result? Robinson plummets into the atmosphere of a nearby planet, and crashes to the ground (into an electrically charged plant, of all things).

Why does Smith do this? He feels he will have increased leverage with the others to return to Earth if he rids the family of Professor Robinson.  And yes, he is killing a husband and father, without batting an eye. 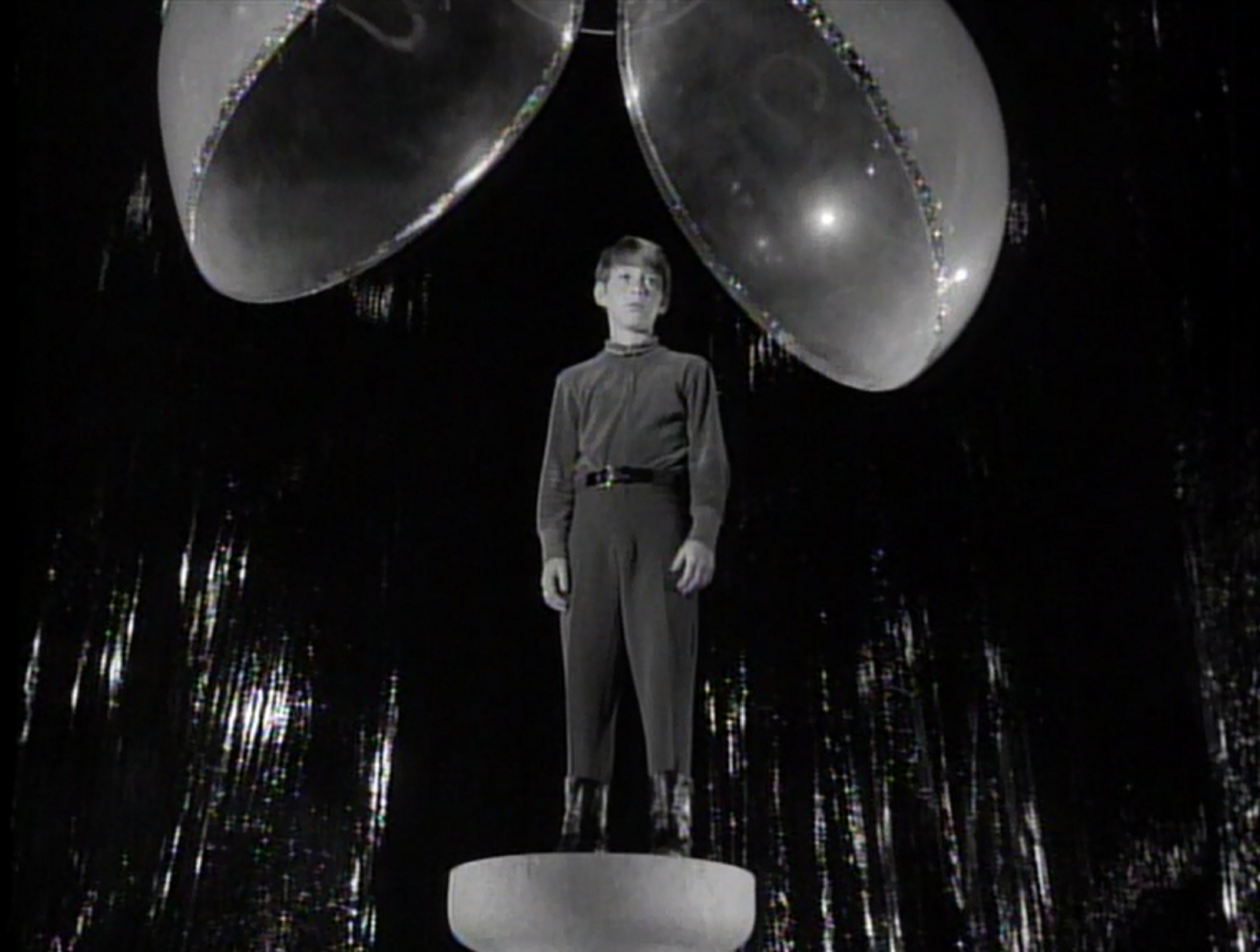 Conspiracy/Treason: “Invaders from the Fifth Dimension.”

Here, Smith runs afoul of creepy aliens and their malfunctioning spaceship. The mouthless, unemotional beings require a human brain to power their damaged computer. When Smith is captured, he convinces the aliens that they should use Will (Bill Mumy’s) brain instead.  He then tricks Will into going to the ship, so the aliens can abduct him for that terrible purpose.

Not only is this act cowardly, but it is downright treasonous.  Smith proves irrevocably here that he puts himself above the good of the settlement, and even the good of the Robinson children.

As parents, how could John and Maureen (June Lockhart) forgive Smith this particular trespass? 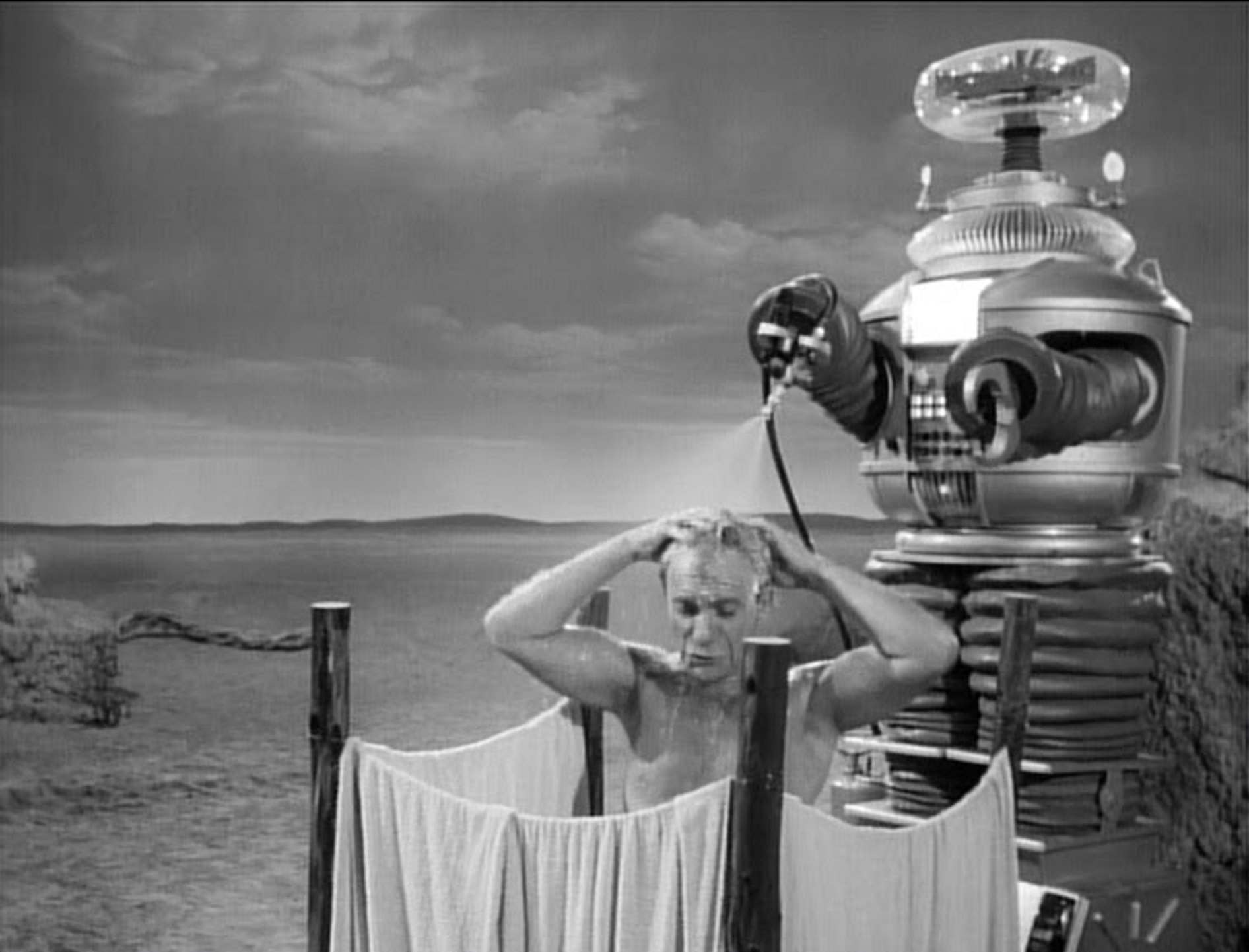 In this episode, the Robinsons’ planet is experiencing a sustained drought, and has run low on drinking water. The family has only days of the precious fluid remaining.

So what does Smith do? He takes a lengthy shower, using all but two gallons of the family’s reserve water! 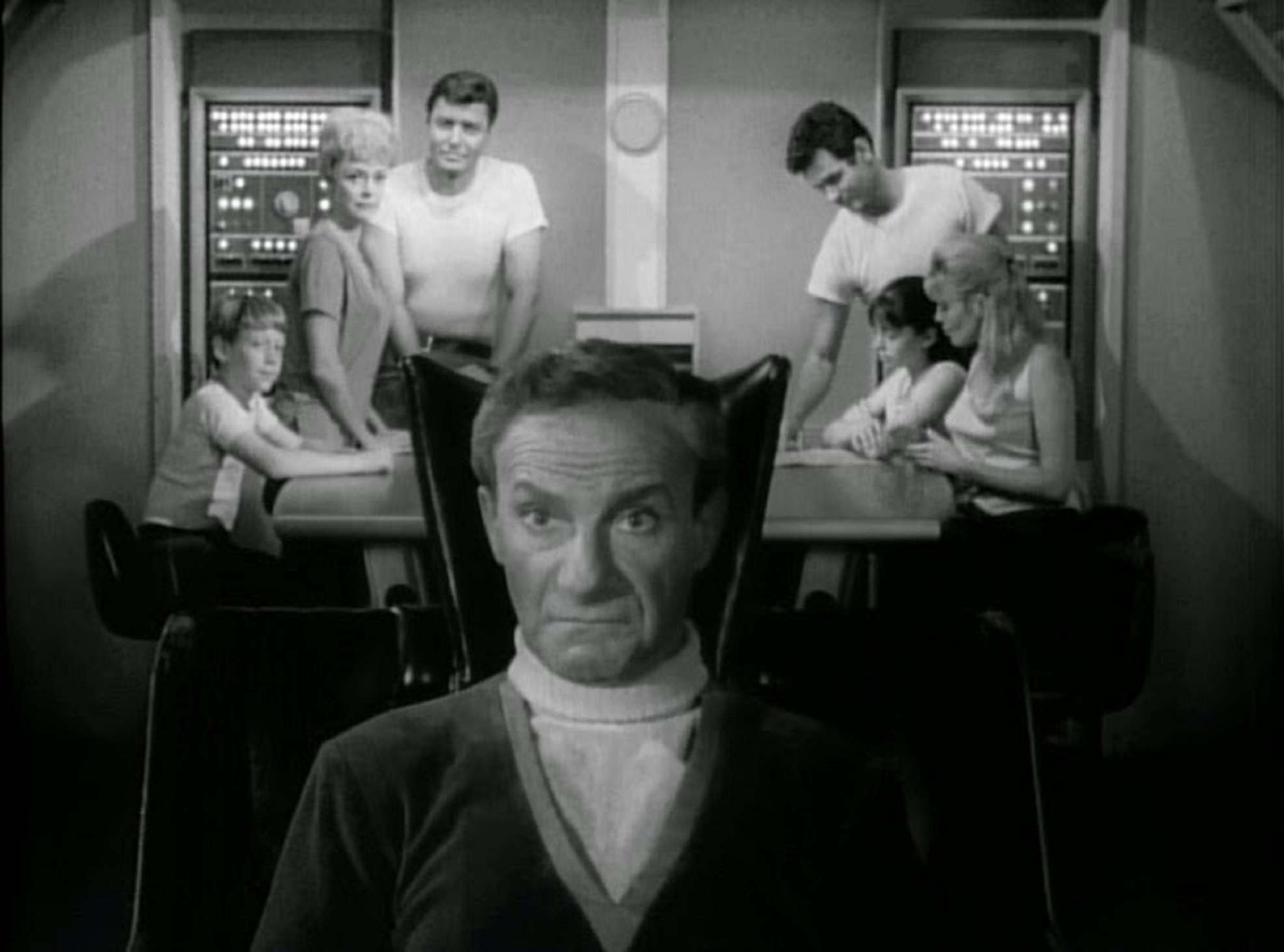 Extortion/Blackmail: “Attack of the Monster Plants”

After he fails to rescue John Robinson, who is being dragged to his death in quick sand by a monster plant, Smith is banished from the Robinsons’ settlement.  He soon discovers a strange breed of plant that can duplicate anything, including the plasma fuel needed to help the Jupiter 2 lift off and return to Earth.

Smith attempts to make a deal with the Robinsons.  He will give up the needed fuel, but only if they agree to stay on the planet while he and West (a pilot) take the Jupiter 2 home.

This is just a short list of Smith’s transgressions in Lost in Space’s first season.

He also shoots a peaceful alien at point blank range with no provocation (“The Derelict,”) attempts to gin up inter-species hostilities so as to foster an unnecessary war (“The Sky is Falling,”) steals the Robinsons’ life-boat (“The Raft”) and attempts to use an alien machine to create sentient slaves in “Wish Upon a Star.”

So Smith is not just a lovable mischief maker, he’s downright dangerous, and makes the work of surviving on the space frontier all that much difficult.

So why didn’t the Robinsons ever do….this? 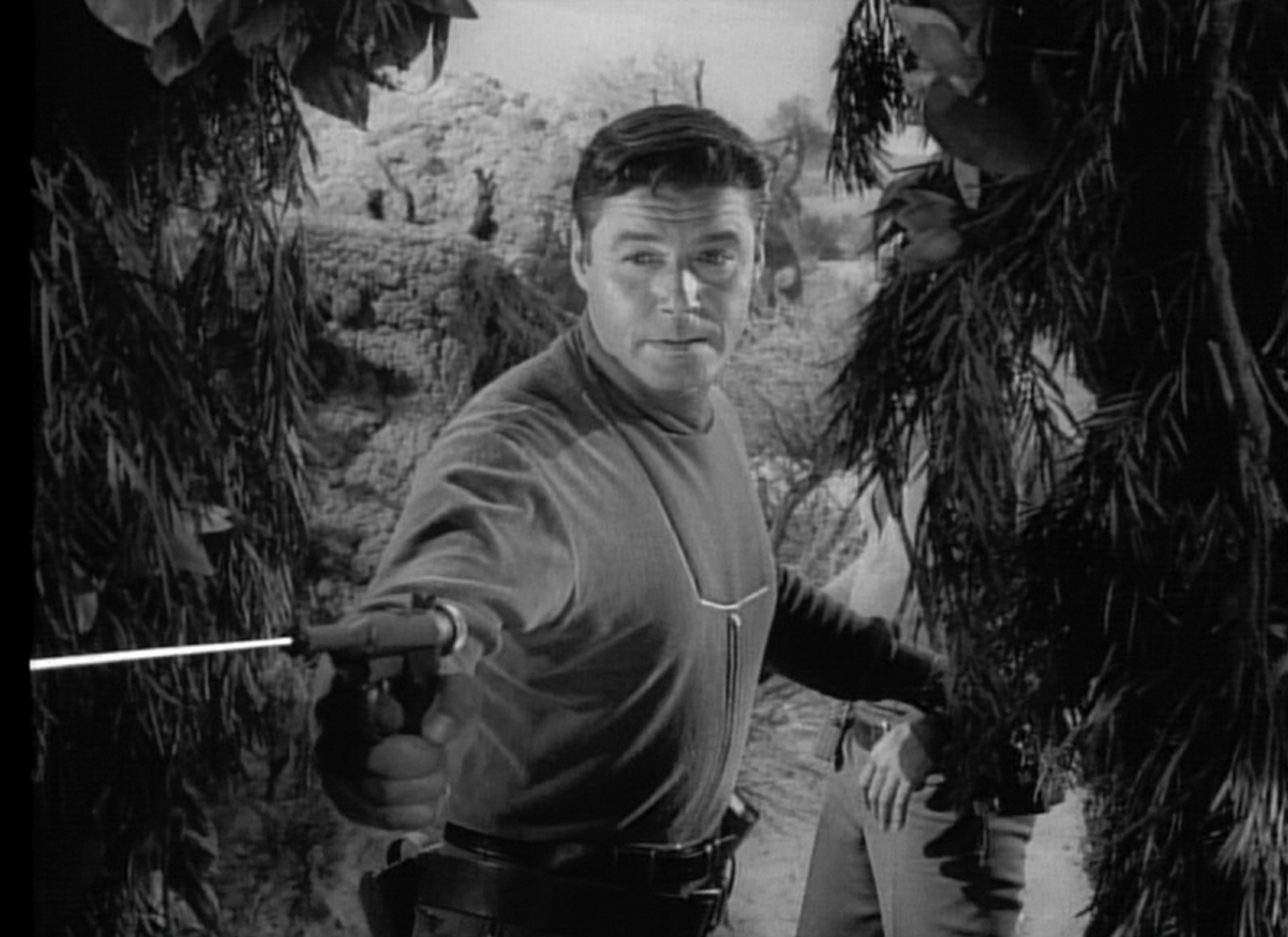