There have been some amazing quotes in horror movie history, and I couldn’t begin to narrow down the greatest; however, I can deliver up some of the greats (and please add your own favorites in a comment). The only rules: (1) it can’t be from the last 20 years (This is Flashbak after all) and (2) it should stand fairly well on its own. In other words, the sick, twisted exclamation of “Heeere’s Johnny!” in The Shining surely ranks among the greats. However, the line itself isn’t exactly horrifying out of context. So, I want some reliance on context, but not to the extent that it just looks silly without it.

I’ll also clarify that these are lines that I consider great. If you wanted just  favorites that would be a different story. For instance, this line from Silver Bullet is in my personal top ten, but by no means is it great.

“C’mon! You comin’ or are just gonna stand there and make lemonade in ya pants?”

Hopefully, you get my drift. If not, it should be a fun set of quotes regardless. Enjoy.

“The television screen is the retina of the mind’s eye.” – Videodrome

“They will say that I have shed innocent blood. What’s blood for, if not for shedding?” – Candyman

“I tell you I saw blood on the bottom of her shoes; not exactly blood – it was gore, hanging there like a runny nose.” – Serial Mom

“Feast your eyes, glut your soul on my accursed ugliness.” – The Phantom of the Opera

“All that blood and violence. I thought you were supposed to be the love generation.” – Last House on the Left 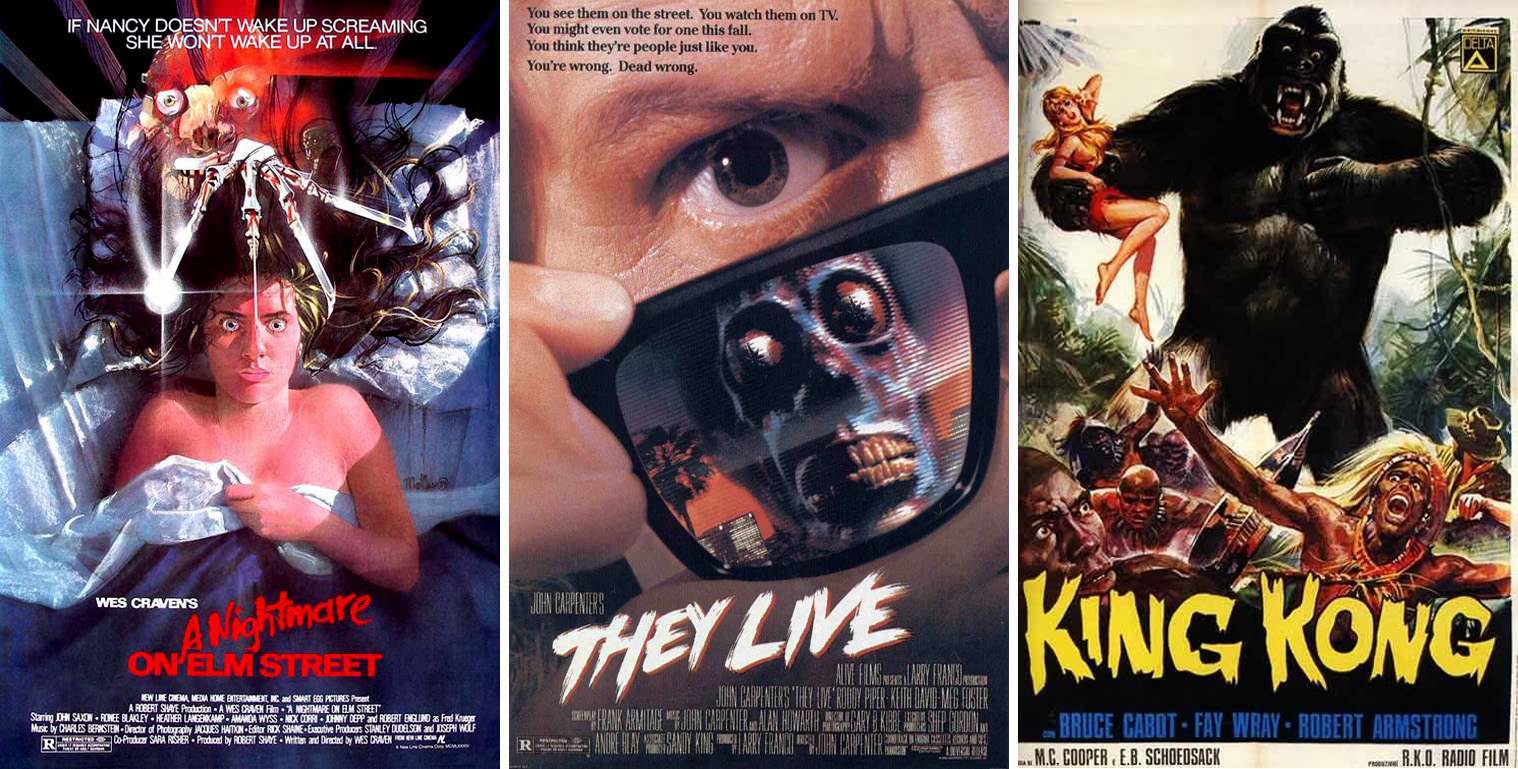 “He was king in the world he knew, but now he comes to civilization merely a captive, a show to gratify your curiosity, ladies and gentlemen, look at Kong.” – King Kong 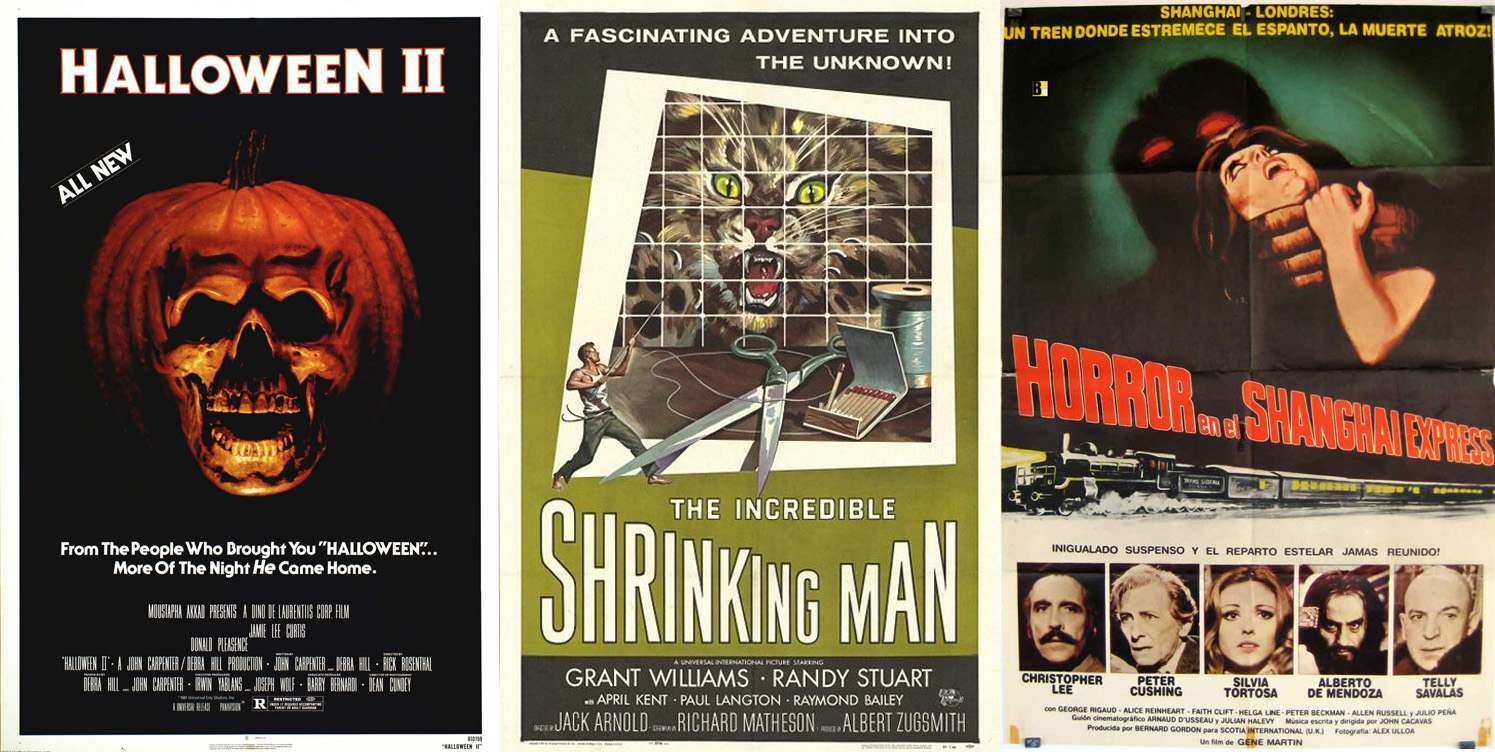 “Samhain isn’t evil spirits. It isn’t goblins, ghosts or witches. It’s the unconscious mind. We’re all afraid of the dark inside ourselves.” – Halloween II

“To God there is no zero. I still exist!” – The Incredible Shrinking Man

“There’s the stink of hell on this train – even the dog can smell it.” – Horror Express 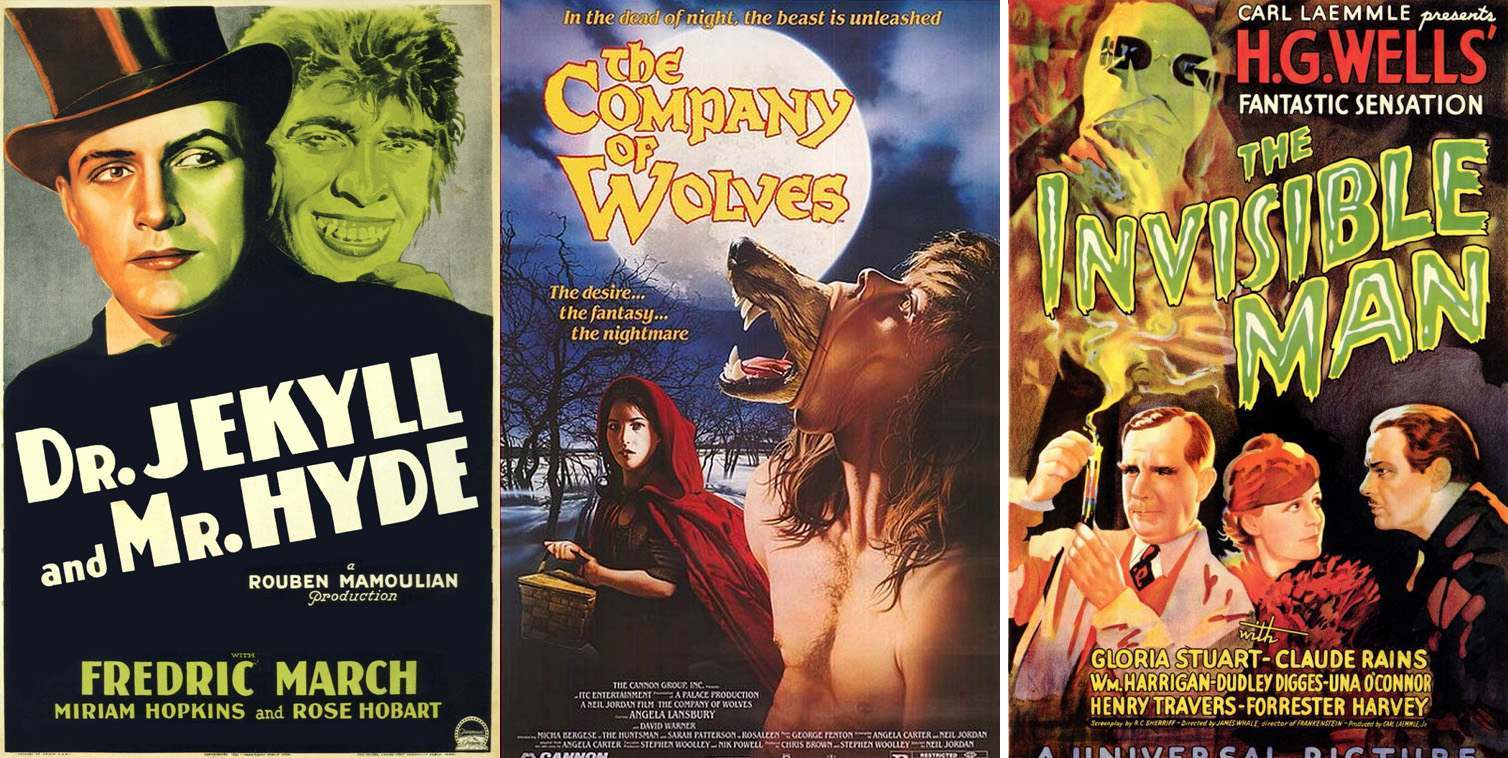 “Good and evil are so close, they are chained together in the soul.” – Dr. Jekyll and Mr. Hyde

“Never stray from the path, never eat a windfall apple, and never trust a man whose eyebrows meet.” – A Company of Wolves

“Power, I said! Power to walk into the gold vaults of the nations, into the secrets of kings, into the Holy of Holies; power to make multitudes run squealing in terror at the touch of my little invisible finger. Even the moon’s frightened of me, frightened to death!” – The Invisible Man 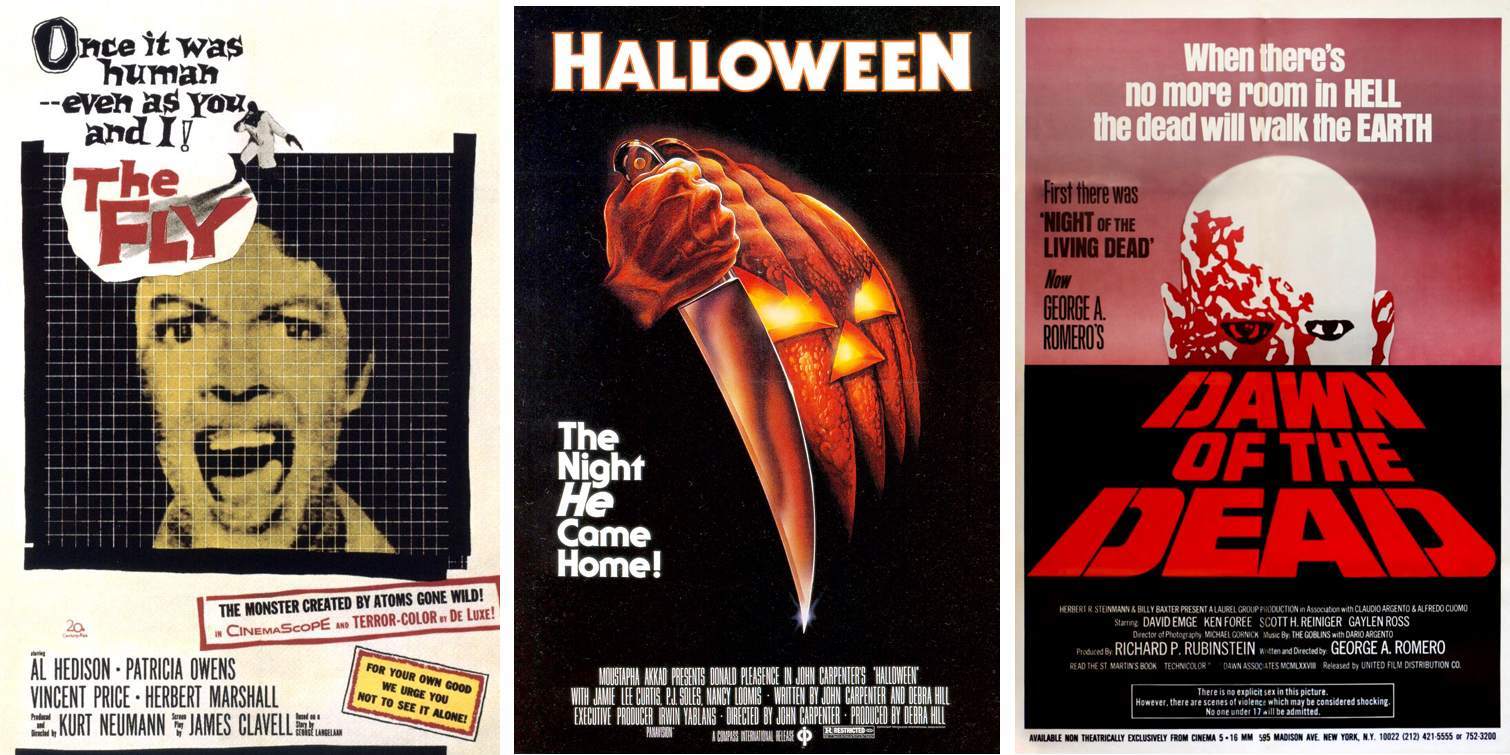 “He dreamt he was a man and loved it, but now the dreams over and the insect is awake” – The Fly

“I met him fifteen years ago. I was told there was nothing left, no conscience, no reason, no understanding, in even the most rudimentary sense, of life or death or right or wrong. I met this six-year-old boy with a blank, cold emotionless face and the blackest of eyes, the devil’s eyes. I spent eight years trying to reach him and another seven trying to keep him locked away when I realized what was living behind that boy’s eyes was purely and simply evil.” – Halloween

“When there is no more room in Hell, the dead will walk the Earth.” – Dawn of the Dead 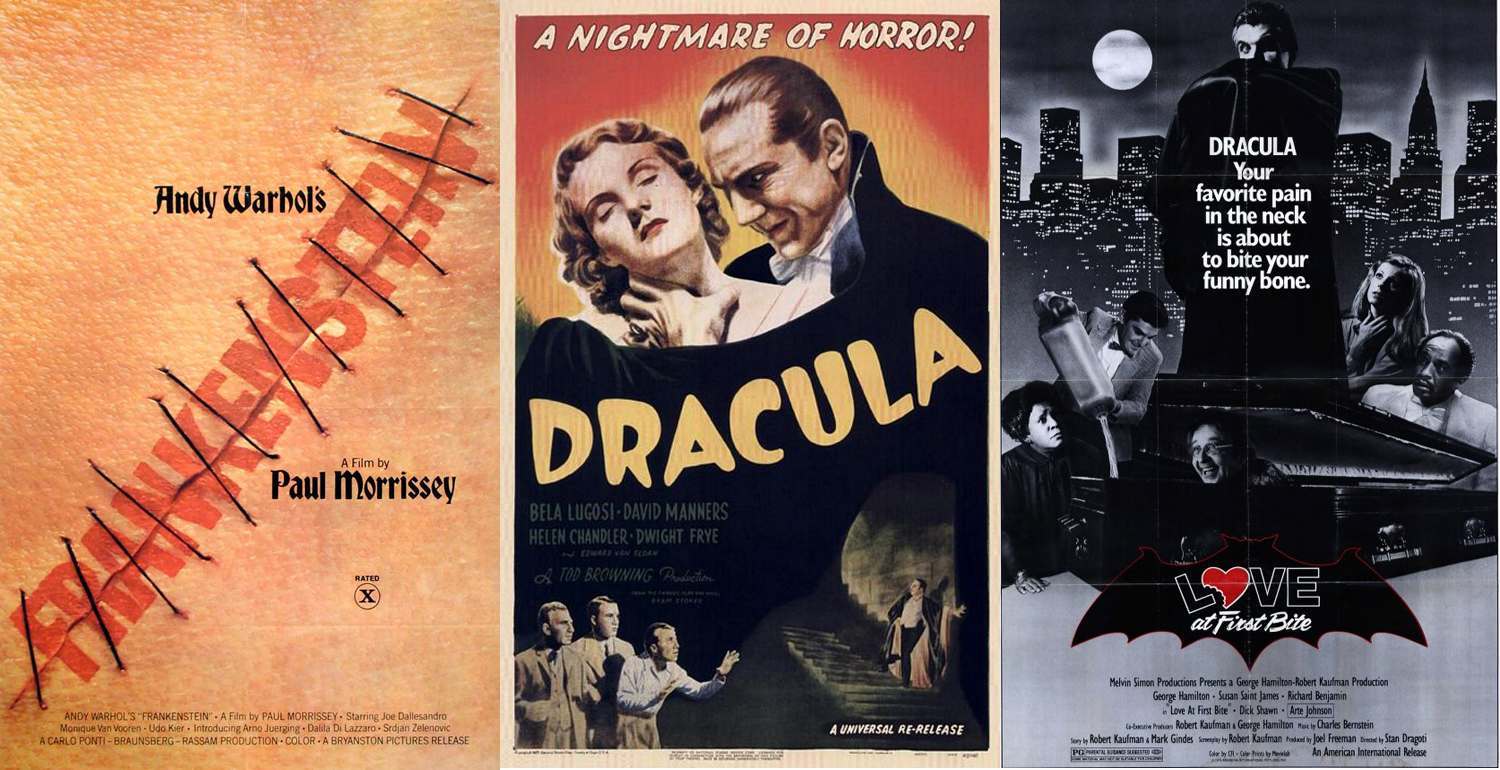 “Listen to them: the children of the night. What sweet music they make.” – Dracula

“Children of the night, shut up!” – Love at First Bite 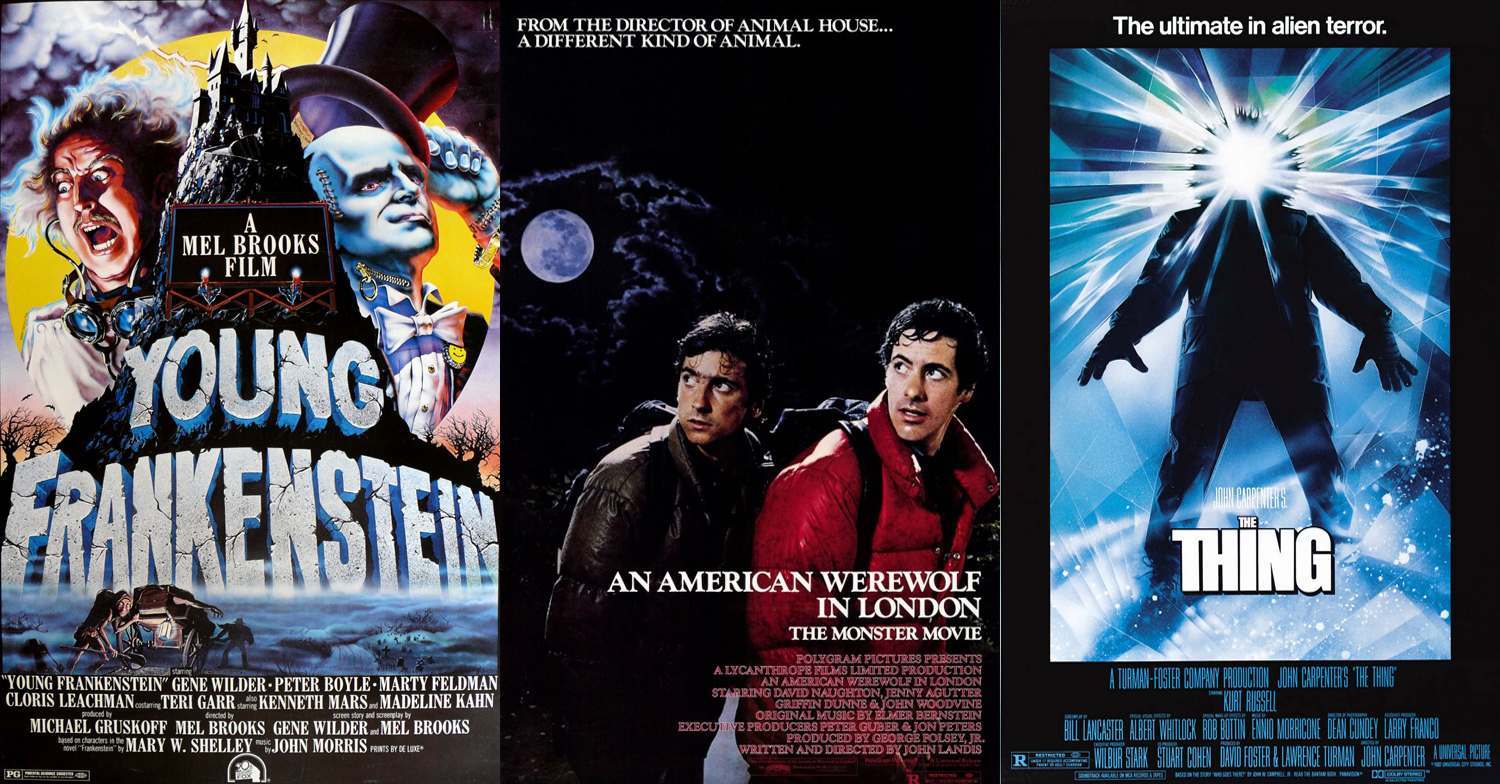 “Have you tried talking to a corpse? It’s boring”- An American Werewolf in London

“I dunno what the hell’s in there, but it’s weird and pissed off, whatever it is.” – The Thing