ON This Day In Photos – October 3 1995: Orenthal James Simpson is found not guilty of the murders of his ex-wife Nicole Brown Simpson and her friend Ronald Goldman in a savage knife attack.

Add to this the backstory of OJ Simpson, the US football star and Hollywood actor and you have sensation. And what a show. On the day of his arrest, OJ Simpson had tried to evade the police in a white Ford Bronco. It was the most famous ride in American history since Paul Revere warned of the British. As estimated 95 million viewers in America tuned in to watch OJ Simpson drive on the Los Angeles freeway. When police arrested him in his driveway, they found in the car: $8,750 in cash, a false beard and moustache, a loaded gun, and a passport.

Odd indeed that with the news media running overtime for Amanda Knox – the blonde who was convicted of murdering Meredith Kercher in Italy – on the same day in 1995 a black man awaited the verdict for the murders of two whites.

Race is always a factor in how and why the media goes large on one case and ignores another. Simpson’s lawyer Johnnie Cochran rubbed the open sore of racial prejudice. He played with the idea of his client as the victim of an institutionally racist justice system:

There was another man not too long ago in this world who had those same views, who wanted to burn people, who had racist views, and ultimately had power over people in his country.  People didn’t care.  People said he’s crazy.  He’s just a half-baked painter.  And they didn’t do anything about it.  This man, this scourge, became one of the worst people in the world, Adolf Hitler, because people didn’t care, didn’t stop him.  He had the power over his racism and his anti-religionism.  Nobody wanted to stop him….And so Fuhrman.  Fuhrman wants to take all black people now and burn them or bomb them.  That’s genocidal racism.  Is that ethnic purity?  We’re paying this man’s salary to espouse these views…

A bloodied glove had been found at the murder scene by police officer Mark Fuhrman. He was attcked. Had he ever used “the n word”.  Fuhrman said he had not said “nigger”. But he had. And then there was that glove. The prosecution invited Simpson to put it on. He showed that it was too small. Had it shrunk due to the effects of the blood?

Cochran cooked up a mantra:

“If it doesn’t fit, you must acquit.”

When he was acquitted, Simpson vowed to devote the rest of his life to tracking down the real killer. He failed.

That was not the end of it. In 1997, the Goldman and Brown won a civil case that ruled OJ had killed. They were awarded over $30 million in compensatory damages. Simpson appealed and was not made to pay the award. He retained custody of his children and moved to Florida.

In 2006, OJ Simpson lent his name to the book. In If I did It Simpson played the rols of the world’s greatst crime fantasist, wondering if he did it and how he would have done it. Also in 2006, OJ was using his white Ford Bronco to promote a DVD called Juiced, in which O.J. played practical jokes on unsuspecting bystanders. In a used car yard, he told one punter:

“It was good for me – it helped me get away. It’s a car that I personally made famous. The car has escapability, if you ever get into some trouble.”

And then in 2011, a source told the National Enquirer that they had spoken with OJ Simpson, who was in Nevada’s Lovelock Correctional Center serving 9 years for armed robbery:

O.J. said he went home and kept getting angrier and angrier and worked himself into an absolute rage,’ the source told the Enquirer.

O.J. told the producer [on the Oprah Winfrey show], “she was yelling go away! Go away! And waving the knife around at me. At one point she was lunging at me with the knife and I was just trying to talk to her. Nicole stepped out of the apartment – slashing the knife in the air. I was in such a rage that something just snapped. I couldn’t take her constant taunting of me with other men or her using drugs and drinking while my kids were living with her. I went berserk. Before I knew what I was doing I took the knife away from Nicole and started slashing at her. I cut her over and over again until she was lifeless. I was shocked at my own anger – I had killed the woman I had loved for so long.”‘ 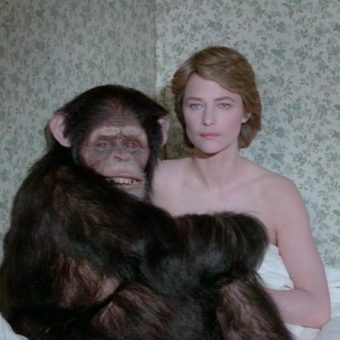 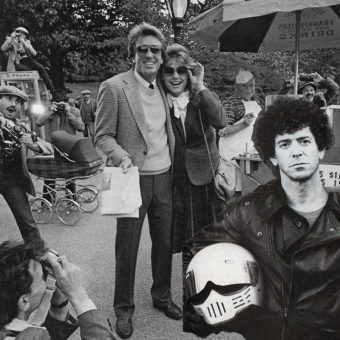