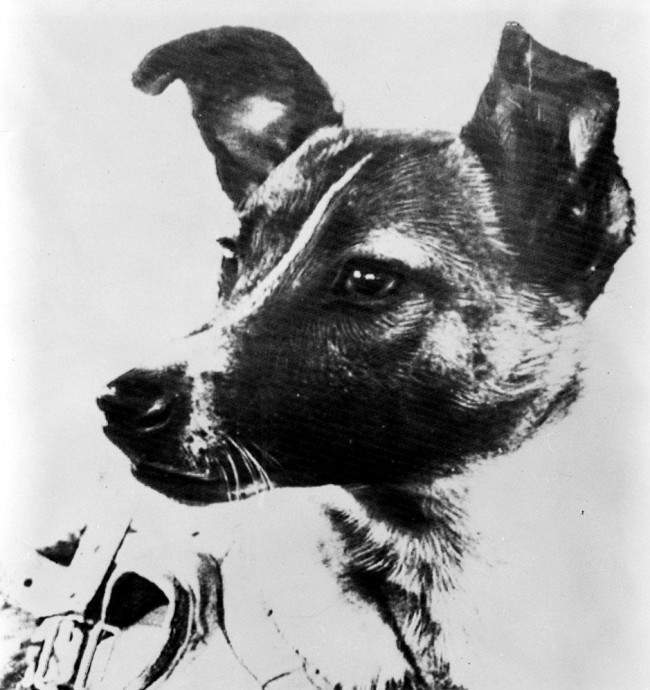 ON This Day In 1957, the Soviet Union launched a dog named Laika (Barker) into space. The American press nicknamed the dog Muttnik.

Dogs were a popular choice for medical research in Russia. In 1954, Vladimir Demikhov shocked the world by unveiling a surgically created monstrosity: a two-headed dog.

Laika was strapped into an hermetically sealed container on Sputnik II at the Baikonur Cosmodrome.

(Female dogs were chosen because they did not have to stand and lift a leg to urinate.)

Also onboard Sputnik II were instruments for studying solar and cosmic rays, temperature and pressure, two radio transmitters, oxygen and food supplies. Well, so they said. But Laika was doomed from the outset. 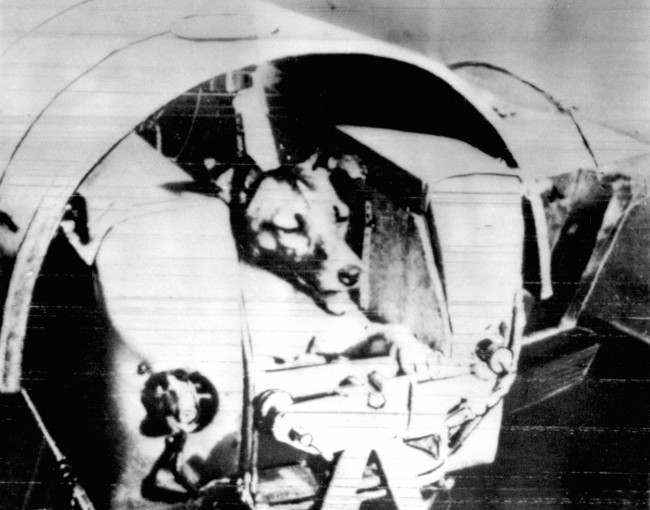 The dog was soon travelling 900 miles above the Earth and orbiting at about five miles a second. Not long after and she was dead from overheating. 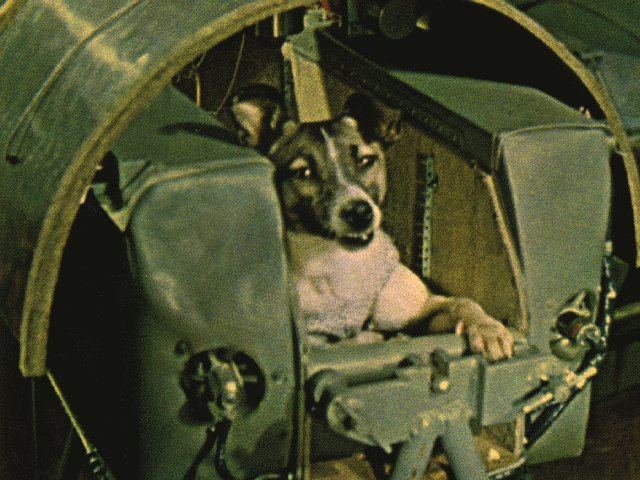 In the UK, the The National Canine Defence League wanted all dog lovers to observe a minute’s silence every day the dog is in space.

* In 1951 and 1952 six Soviet copies of the German V-2 rocket, known as the R-1, had been launched to high altitudes with dogs on board in order to study the effects of rocket flight and weightlessness on their passengers. A second series of flights in 1955 and 1956 used the more advanced R-1D and R-1E geophysical rockets. A total of twelve dogs were lofted to the edge of space with some of the canine cosmonauts making two flights during the course of this program. 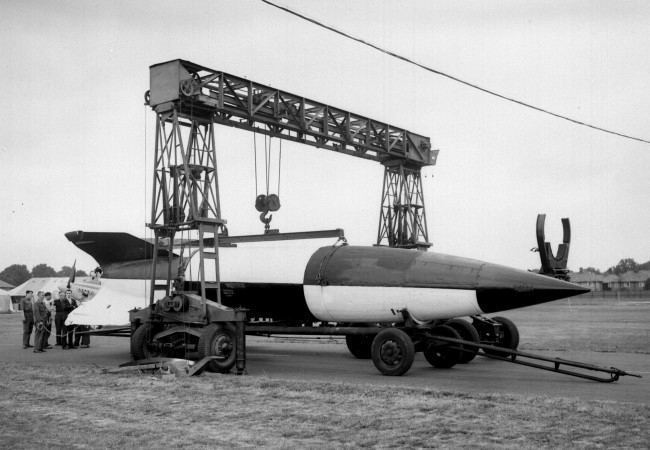 Photo: V-2 AT HENDON: A German V2 rocket being unloaded at Hendon aerodrome, Mddx, for the 3 day ‘Fifty Years of Flying’ show. The V2 was made to reach a height of 70,000 ft and fly at 3,600 mph. It was the first type of wingless rocket projectile used in the Second World War. *This V2 has been in British hands since the Nazi rocket research station at Peenemunde was captured. 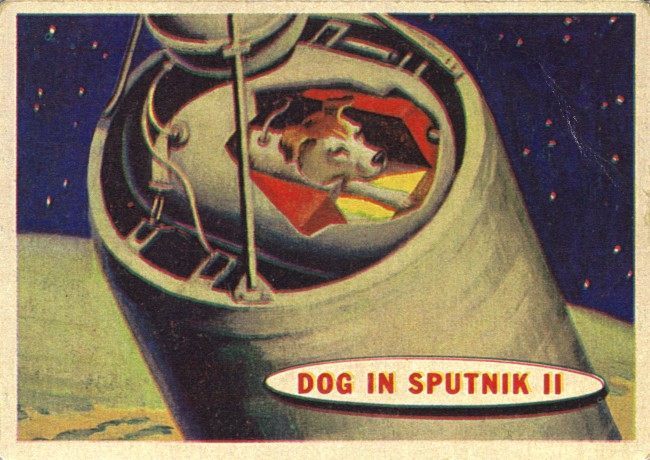 * Laika’s capsule orbited the Earth over 2,500 times and finally burned up in the atmosphere on 4th April 1958. It was only a year later, in 1959, that two monkeys became the first animals to actually survive a space flight.

* Laboratory researchers in the United States were measured and even awkwardly supportive of their Soviet counterparts’ Laika mission, as reflected in this November 1957 wire release from the National Society for Medical Research, written before news of Laika’s death, and the absence of any plans for her safe return, became known. 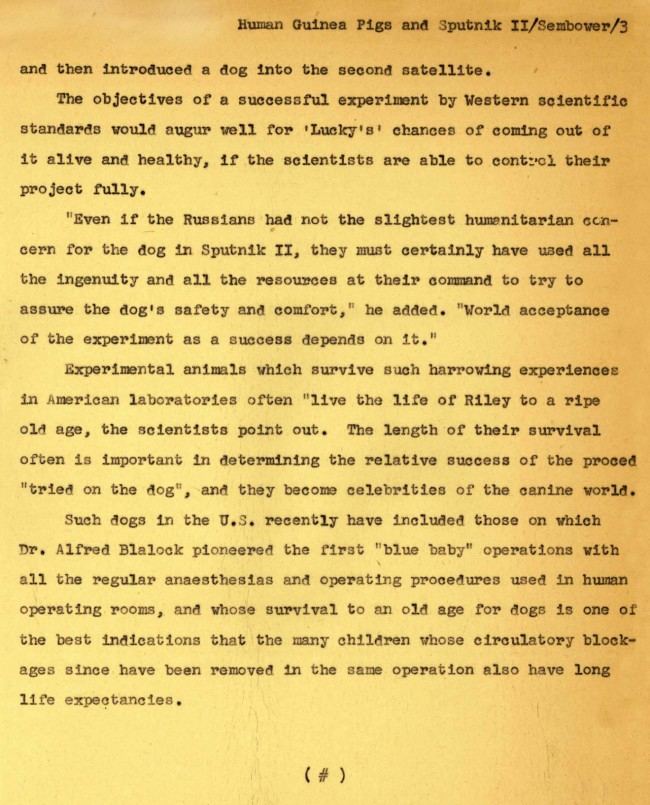 The Institute of Military Medicine erected a statue to the Space Dog: 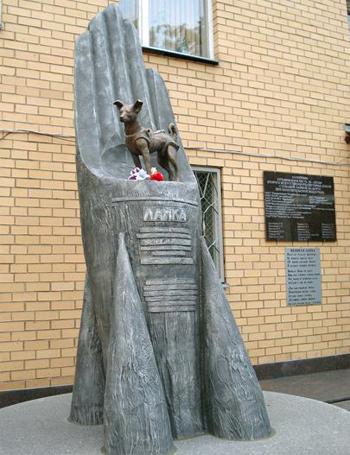 It’s what she would have wanted.