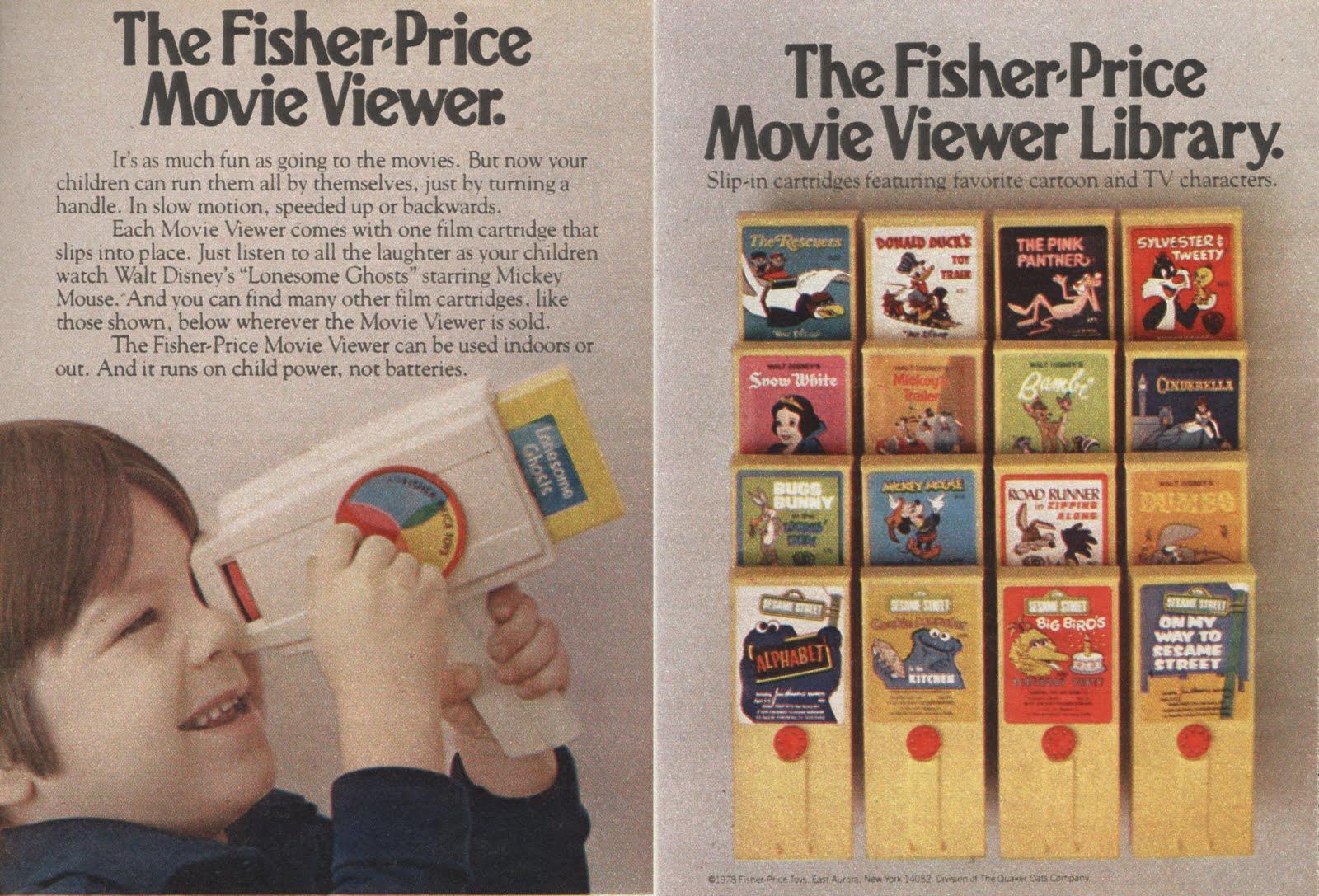 In 1973, Fisher Price introduced its popular “Movie Viewer and Cartridge” toy: a camera-like device that — when operated by crank — could show Super 8 mm films.

This was the Fisher Price Movie Viewer, and as the commercials promised, children could crank the device in slow-motion, speed it up, or even run the film backwards.  Best of all, the device needed no batteries.

The Fisher Price Movie Viewer was sold with one cartridge, originally: a 1937 Walt Disney short called Lonesome Ghosts (seen below):

Available on cartridge were Snow White (1937), Robin Hood (1973), Pinocchio (1940), and The Rescuers (1977).  There were also several Looney Tunes cartridges, one each for Bugs Bunny, the Road Runner, and Sylvester and Tweety. 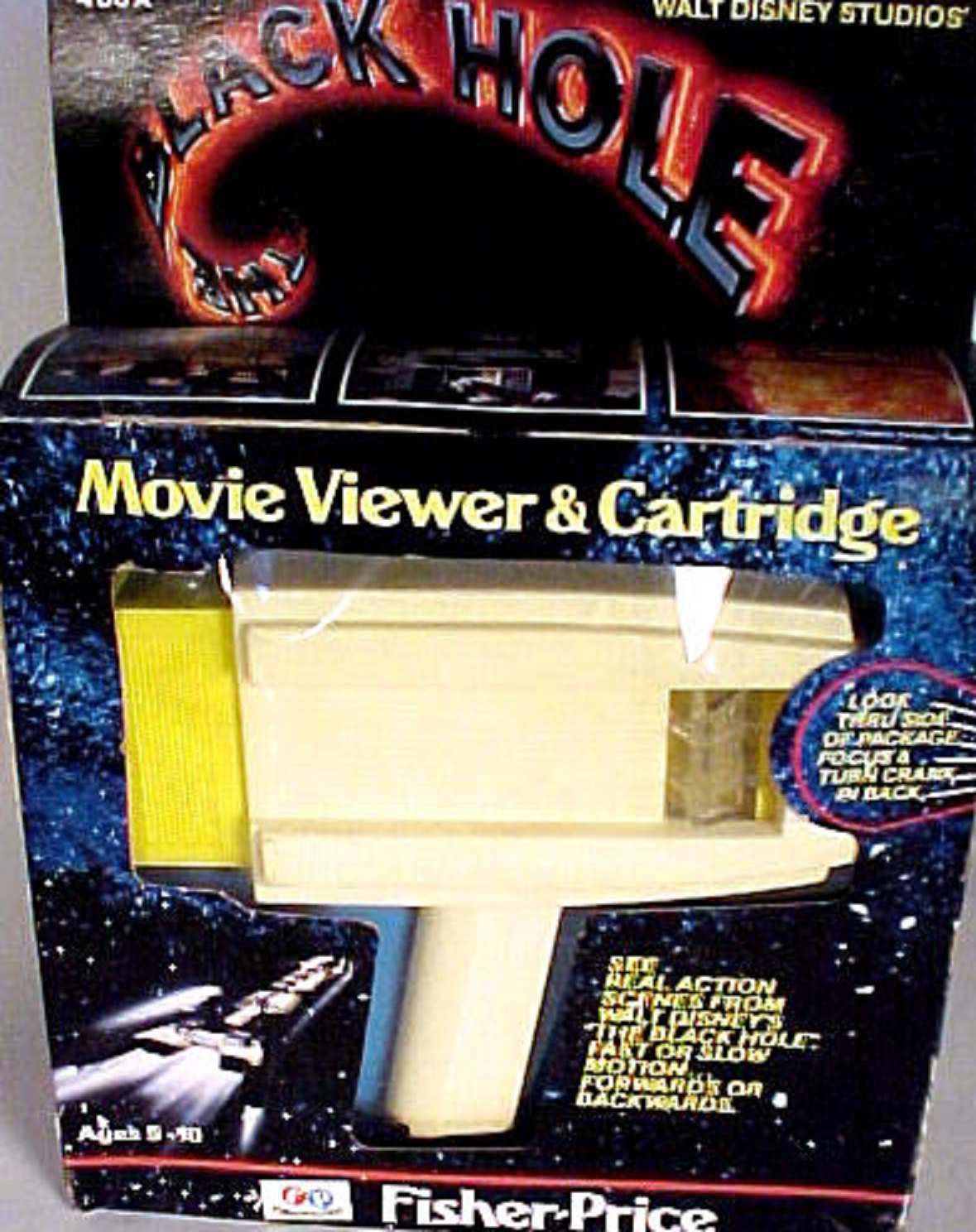 Fisher Price wasn’t the only company that got in the game with a kid’s movie viewer. Kenner launched its own model of the toy so that kids could watch titles including Star Wars (1977) and Alien (1979).

Today, it’s nearly impossible to imagine a time when a kid who wanted to watch a movie just couldn’t merely do so on VHS, DVD, or via streaming. But in the 1970s, Fisher Price’s Movie Viewer was a great way — in the prehistoric era before the Age of Home Entertainment — to revisit favorite movies and characters.

And it one-upped the GAF Viewmaster toy because it used film reels, not slides.

Update:  Reader Laura Cousins writes: “Hello, Just to say that I read this article of yours about Movie Viewer in the 1970s, which I loved. I remember these from my parents years. Just one thing to ask, near the end, you mentioned that this was the pre-Home Entertainment era. But weren’t movies released on Super 8 for Home Media? Kind regards, Laura. Any readers know more?