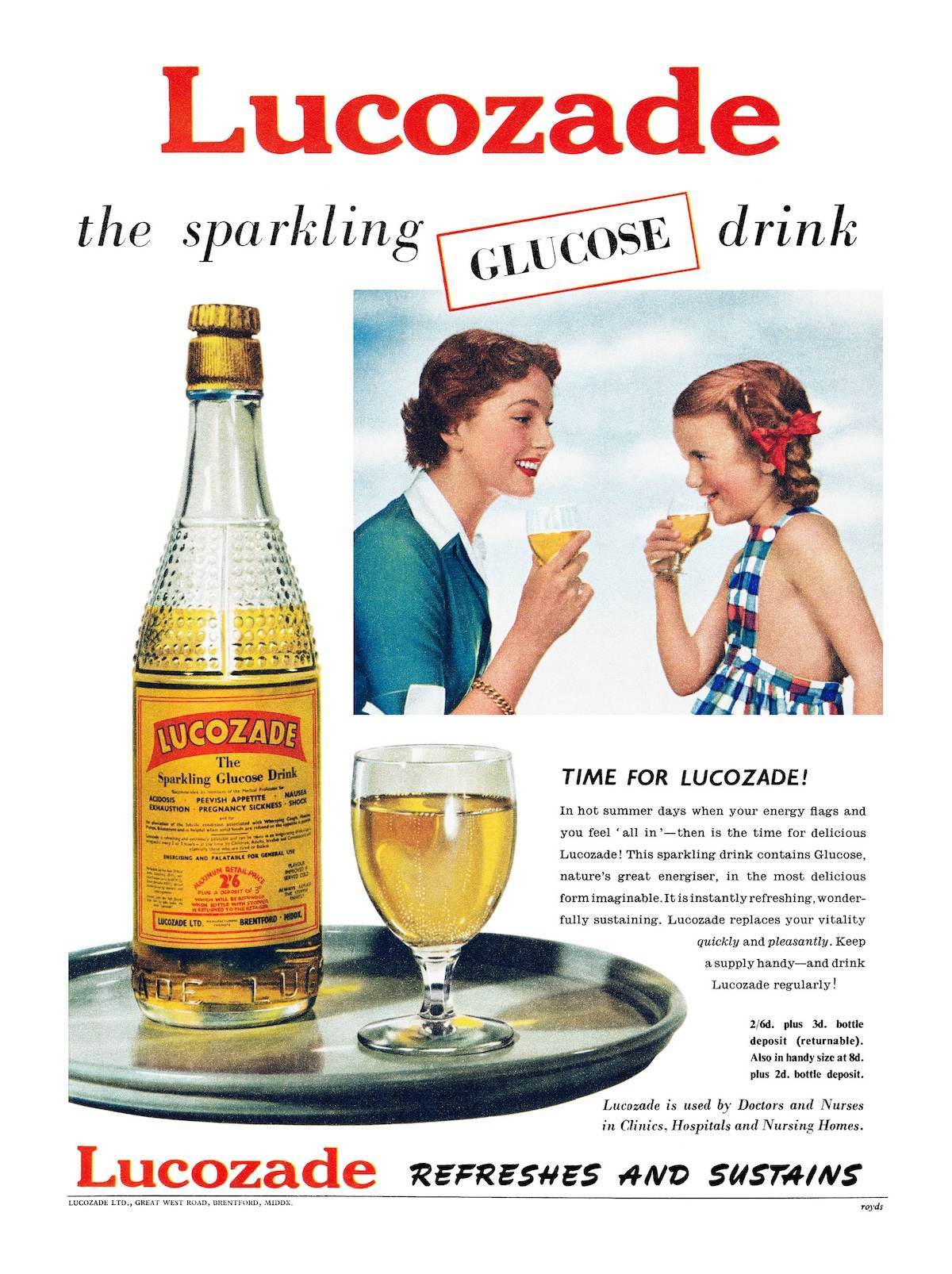 Almost ninety years ago Newcastle chemist William Owen invented Lucozade in an effort to create a source of energy for those who had common forms of illness like a cold or flu. Not once did he use the words ‘isotonic carbohydrate-electrolyte’ in his descripition of the yellow liquid. Originally called Glucozade it was renamed Lucozade in 1929. The company was taken over by Beecham’s just before the Second World war and by the early fifties, Lucozade was responsible for half of the company’s profits.

Anyone of a certain age remembers Lucozade sold in a glass bottle with yellow Cellophane wrapped around it. All this changed in 1983 when the drink was rebranded as an energy drink in an attempt to move away from the brand’s association with illness. The slogan “Lucozade aids recovery” was replaced by “Lucozade replaces lost energy” and the glass bottle was replaced by a plastic one. After the rebranding, between 1984 and 1989 UK sales tripled to almost £75 million. It perhaps isn’t surprising that the drink replaces any energy you may or may not have lost. Half a litre of Lucozade Energy Orange contains 17.5g of sugar – the equivalent of 3.2 doughnuts. 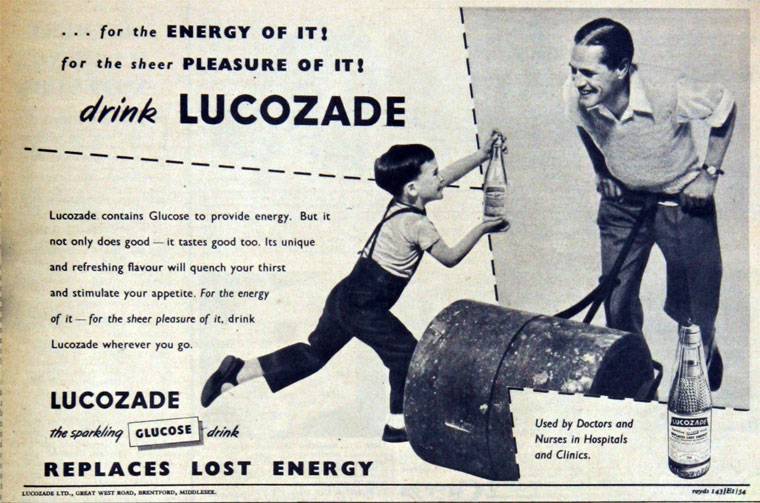 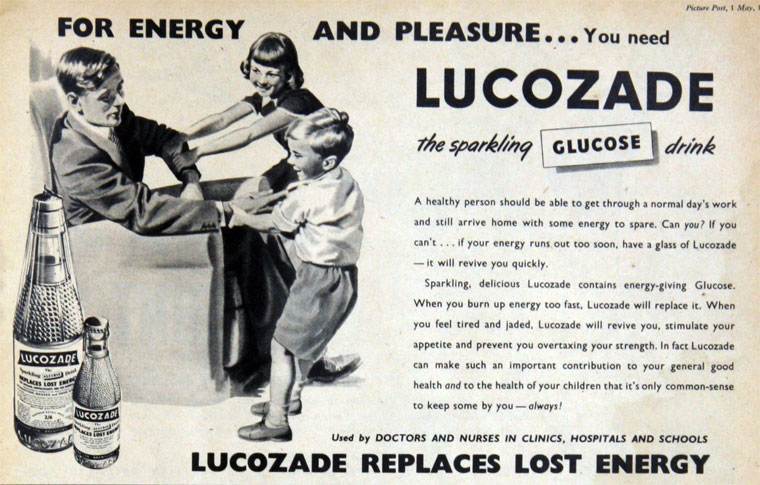 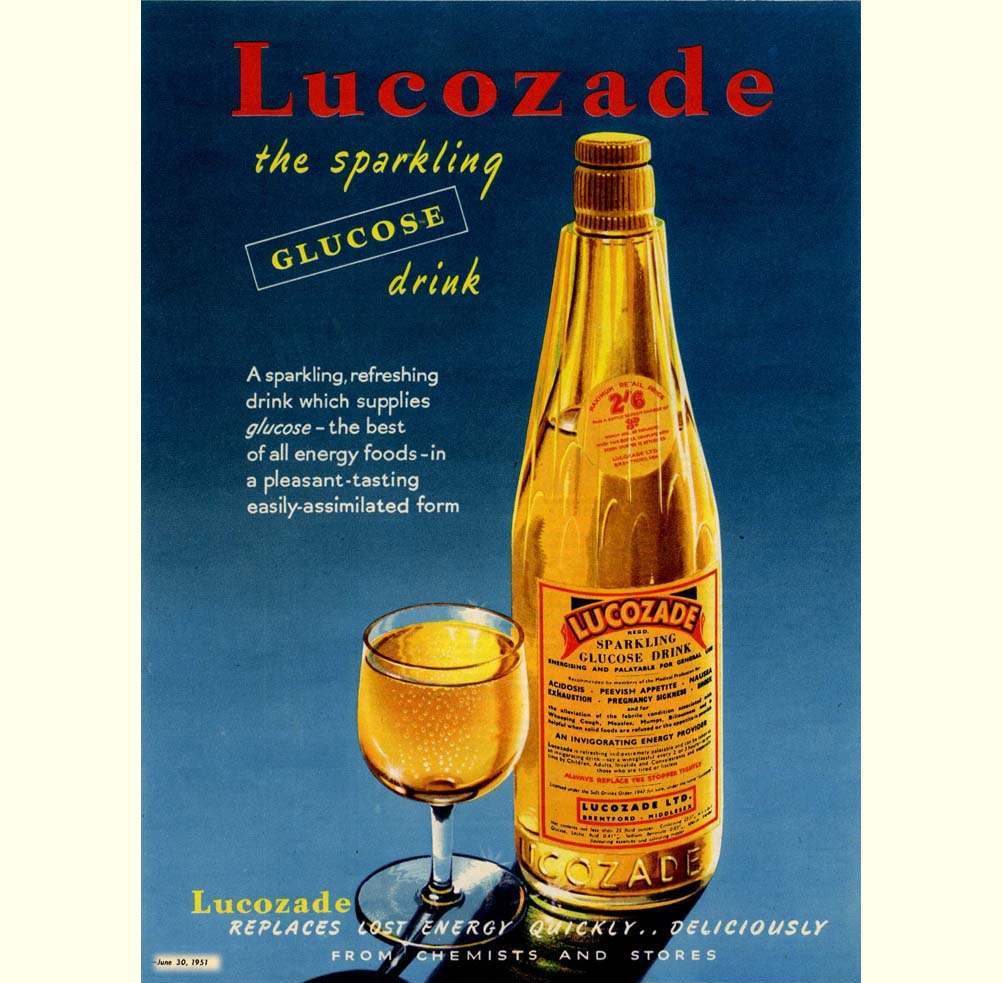 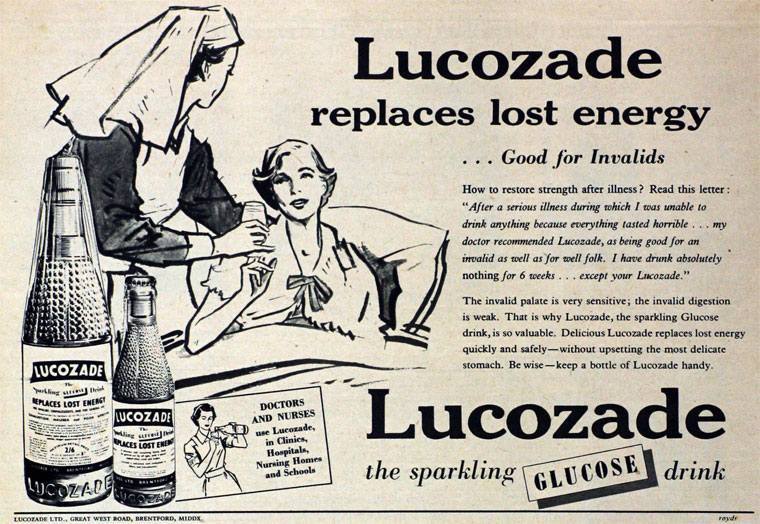 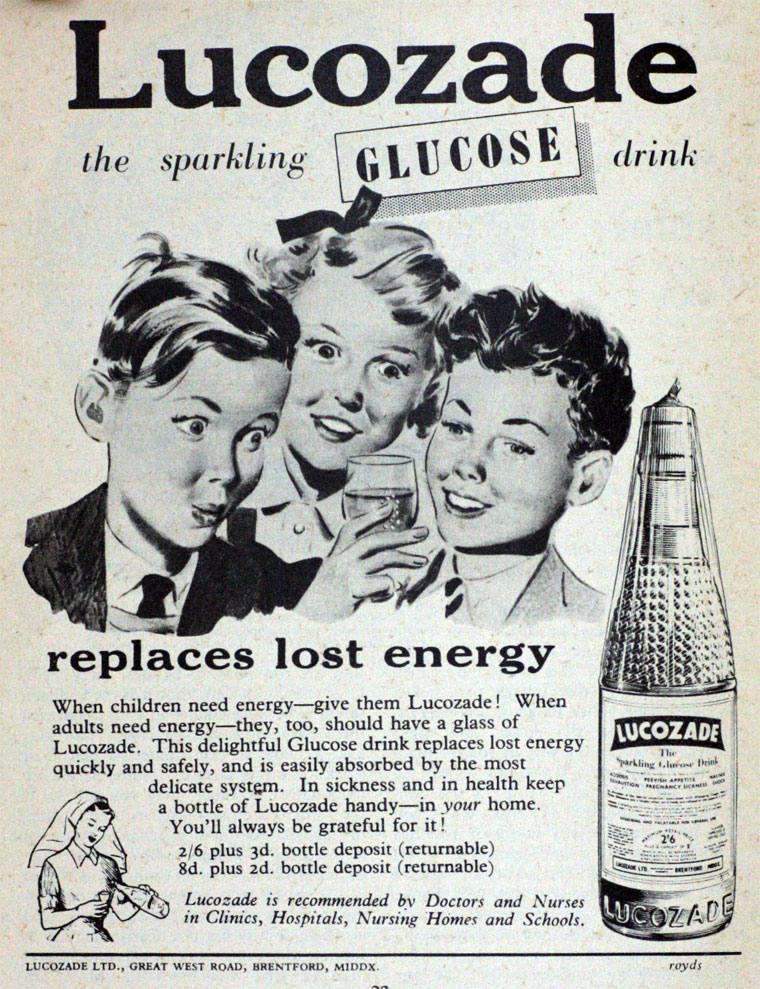 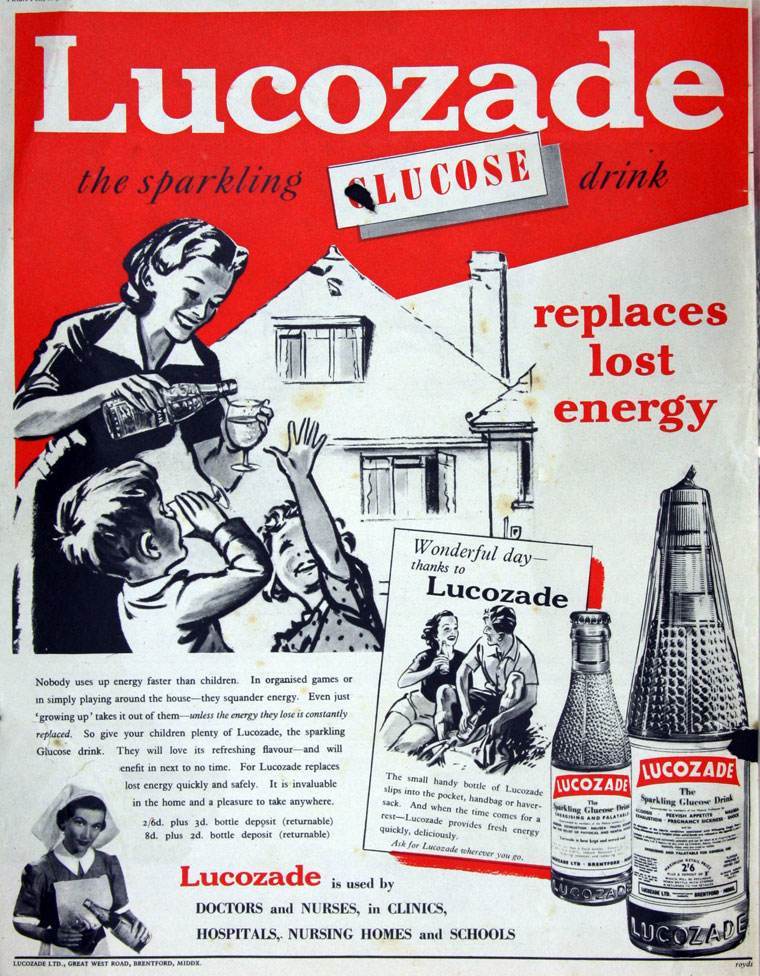 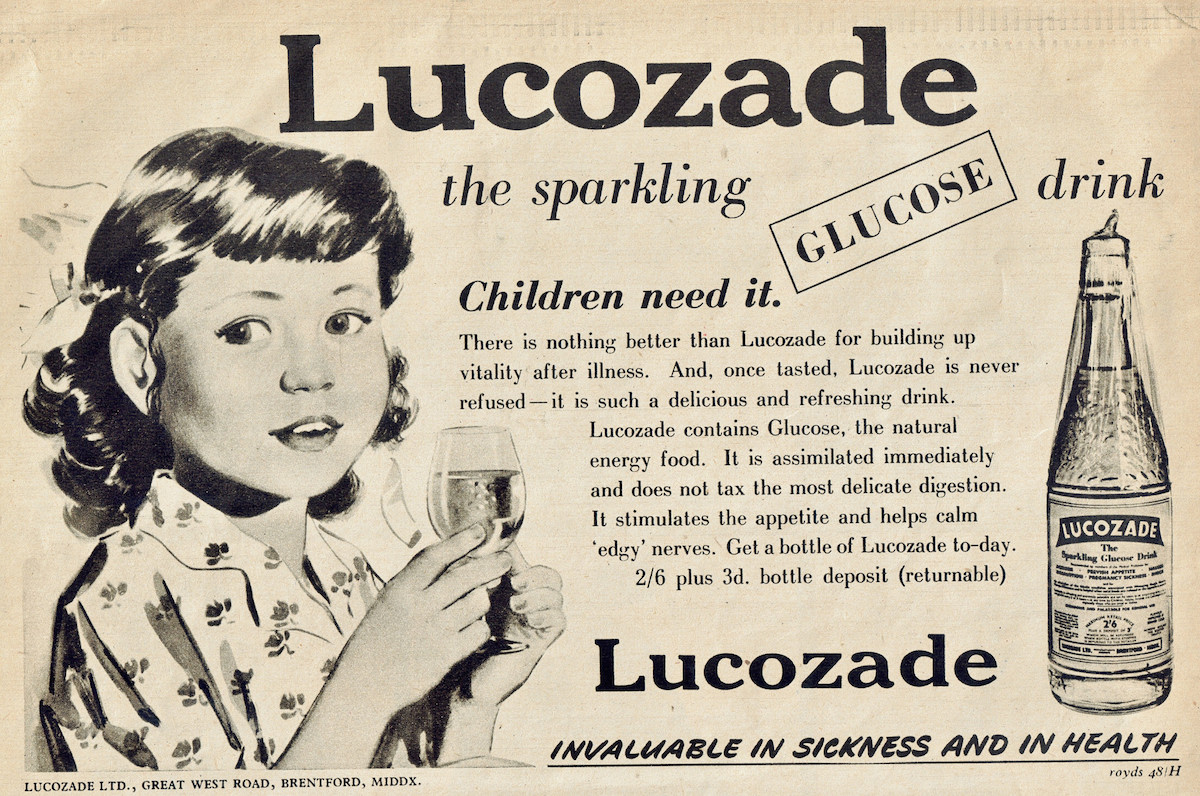 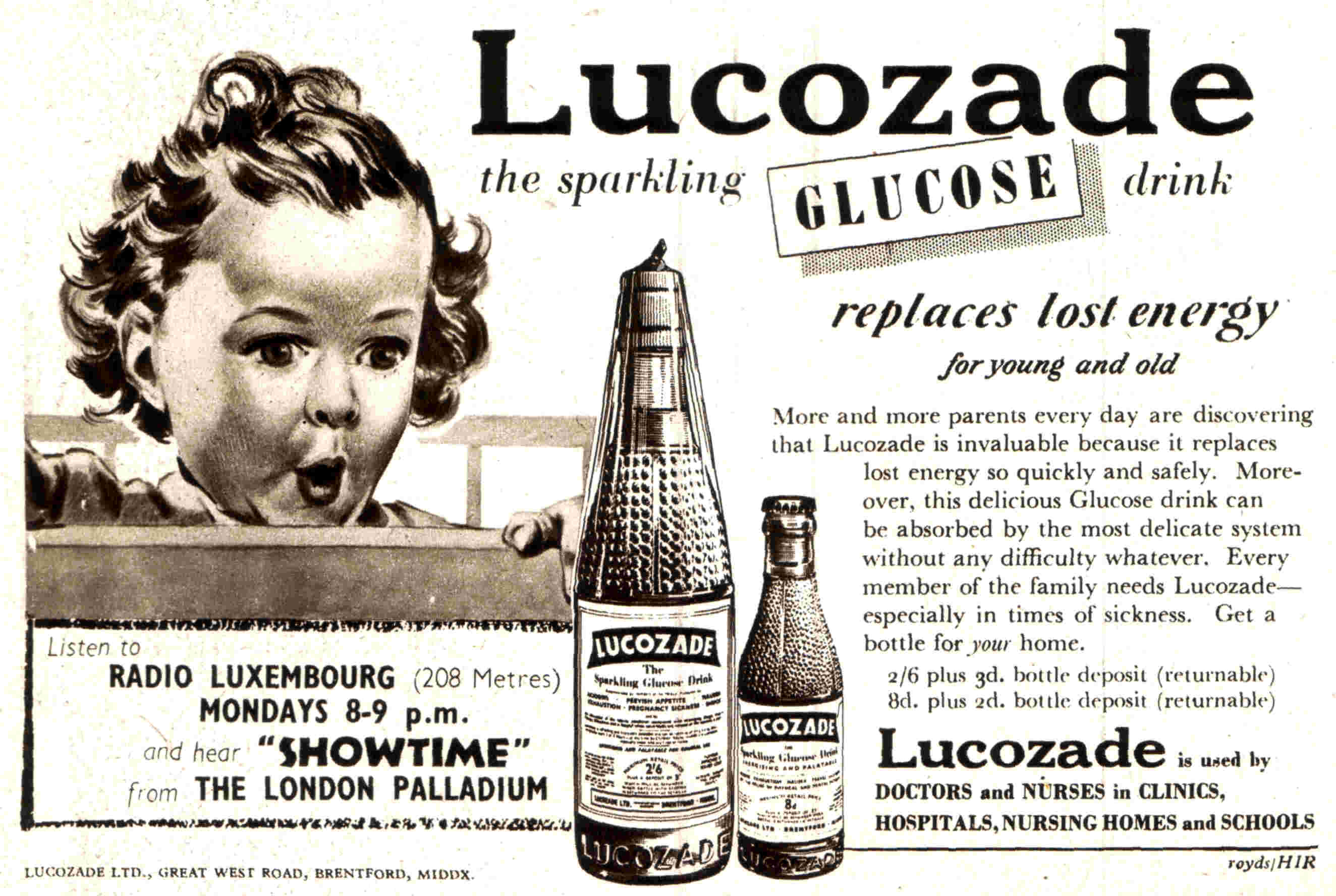 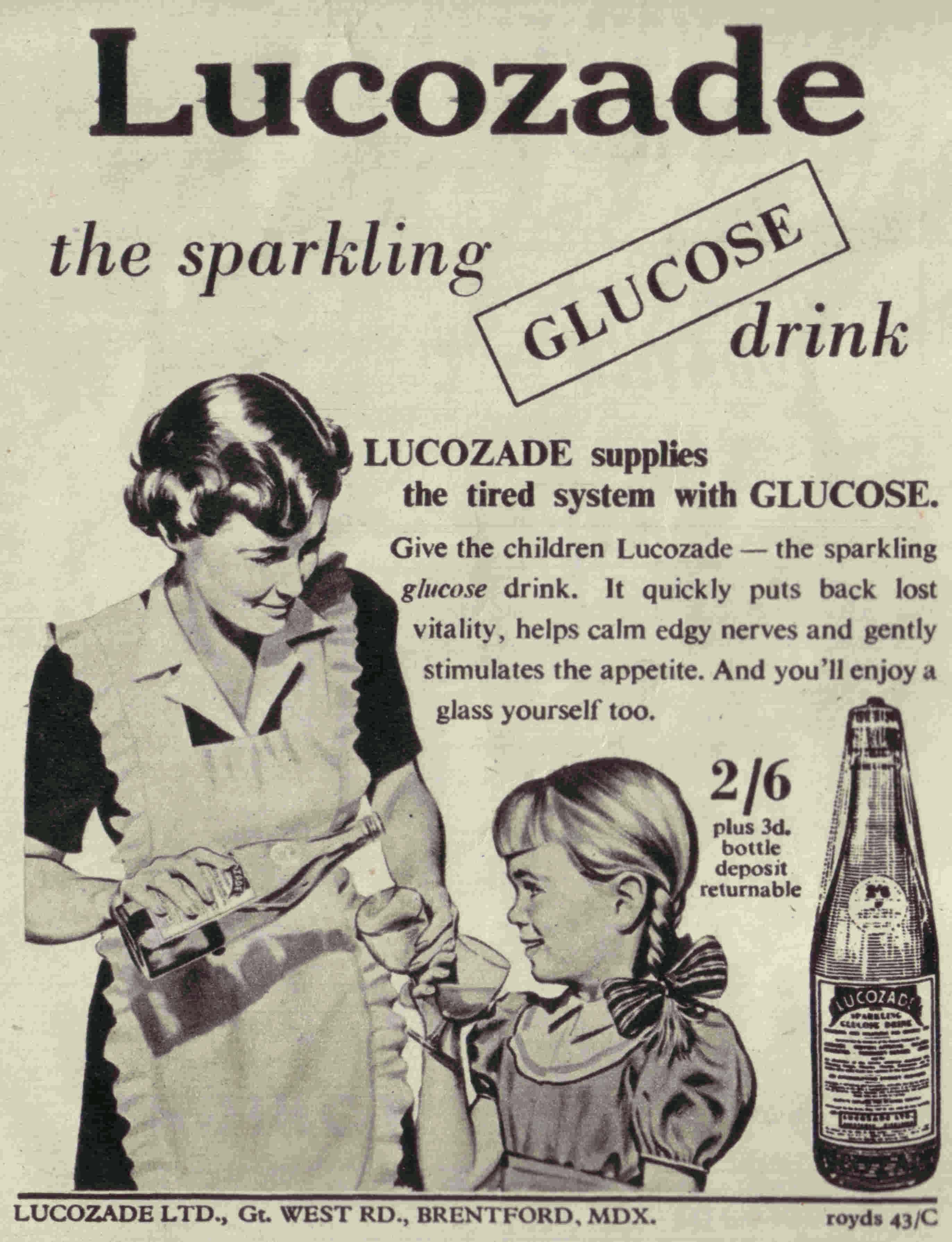 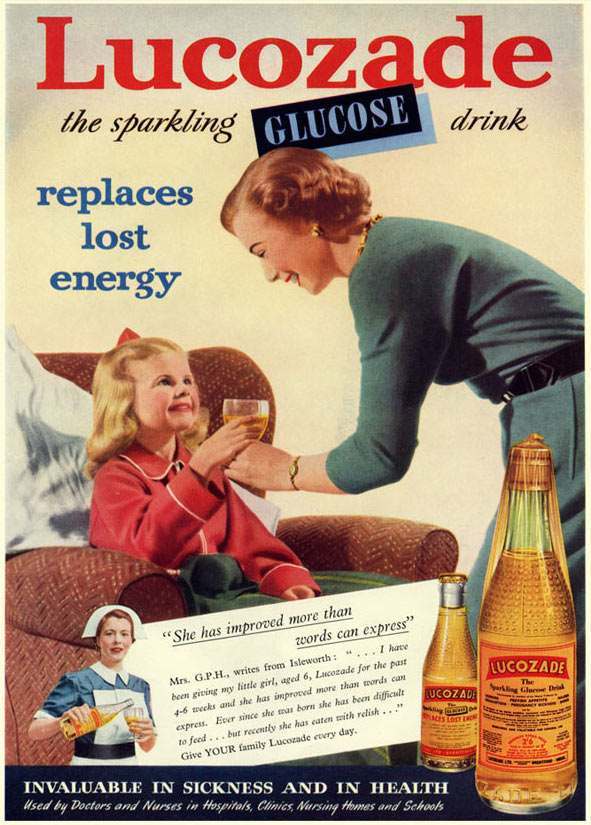 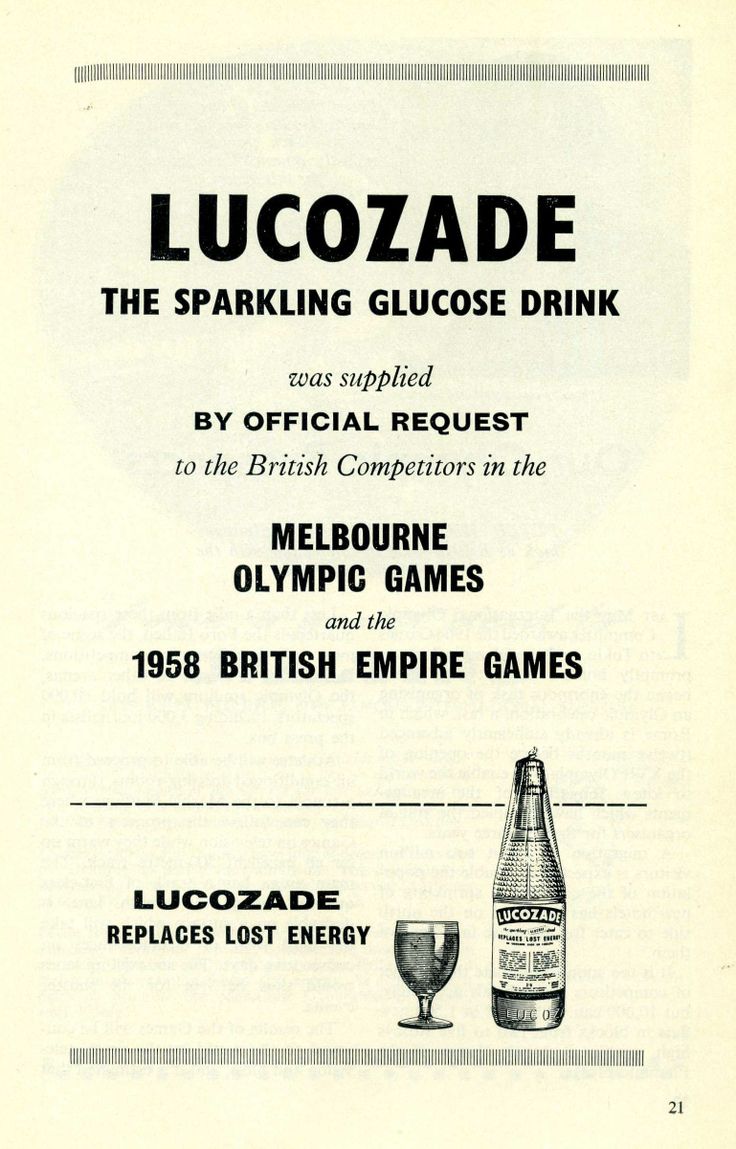 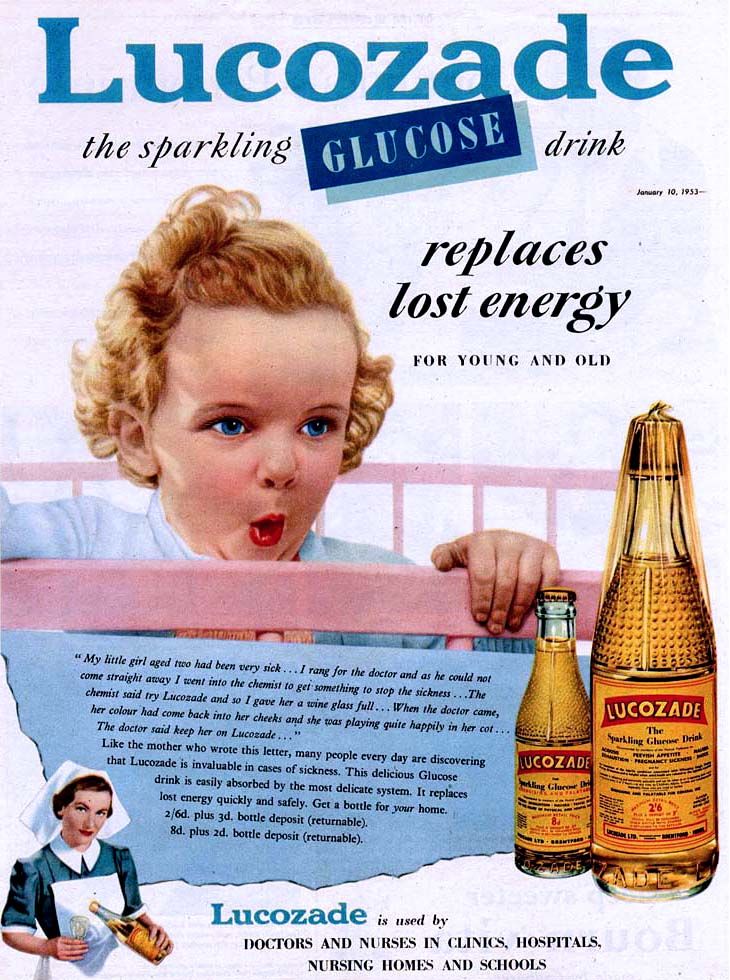