When not working as a chemist and at the Brooklyn Institute of Arts and Science’s departments of Mineralogy and Astronomy, Wallace G. Levison was taking photographs. Advances in technology allowed Levison to capture his native New York in motion. His street photography takes us around the city that never sleeps. The joint is jumping: 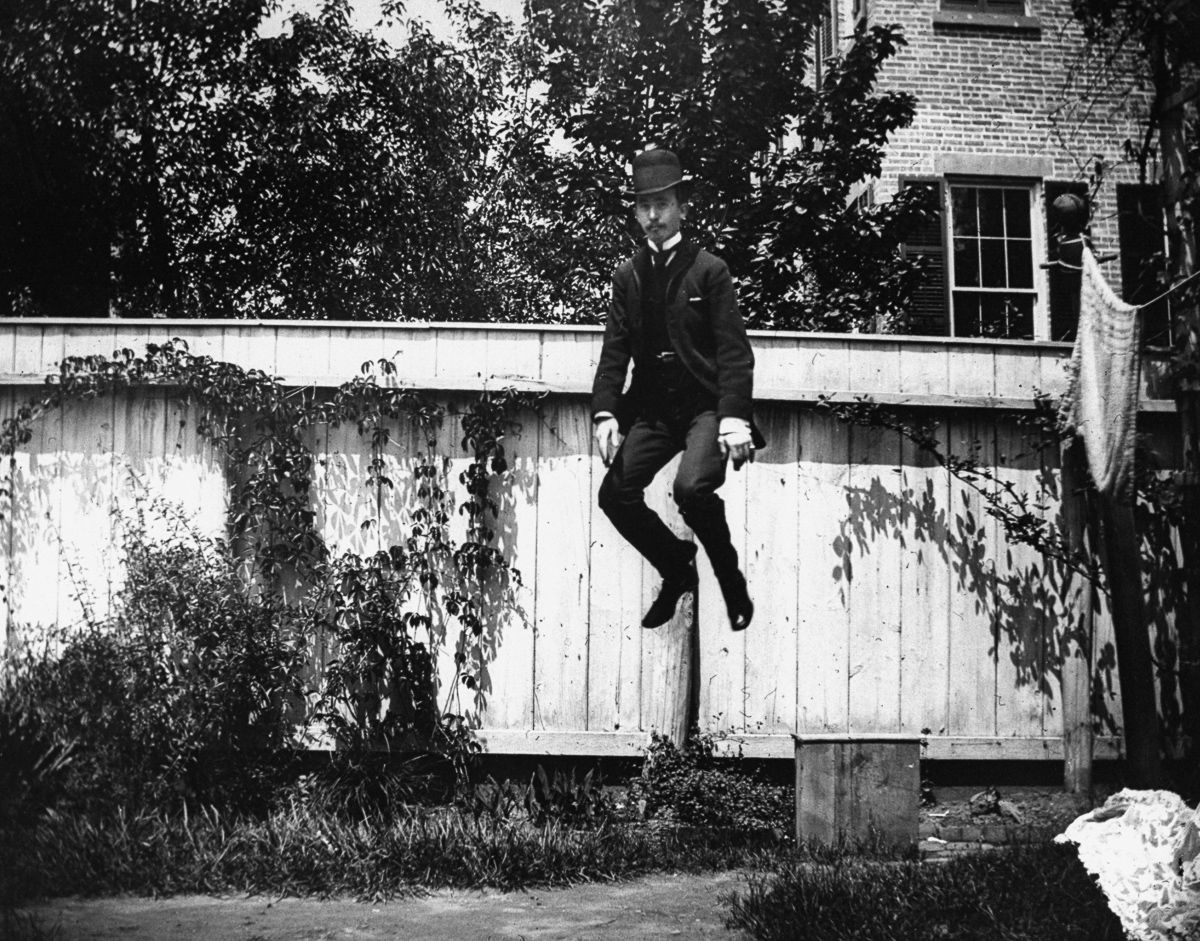 Wallace’s photographs introduce us to a few people: Zelma Levison, J.M. Cornell, Ethel Merritt, Mr Stokes and Jamie Swan. We found news of one of his subjects: Mildred Grimwood (1879 – 1948). She’s buried at Green-Wood Cemetery, Brooklyn. Mildred was related to Josephine ‘Jo’ Levison Grimwood (her mother possibly), which provides us with a link between her and the aforesaid Zelma, who can be seen in one photo playing ball with her aunt Jo Grimwood (died October 1941). Jo is also buried at Greenwood Cemetery. The Levison family features larger, then, in Mr Levison’s photos. But what of the rest? What about their lives? 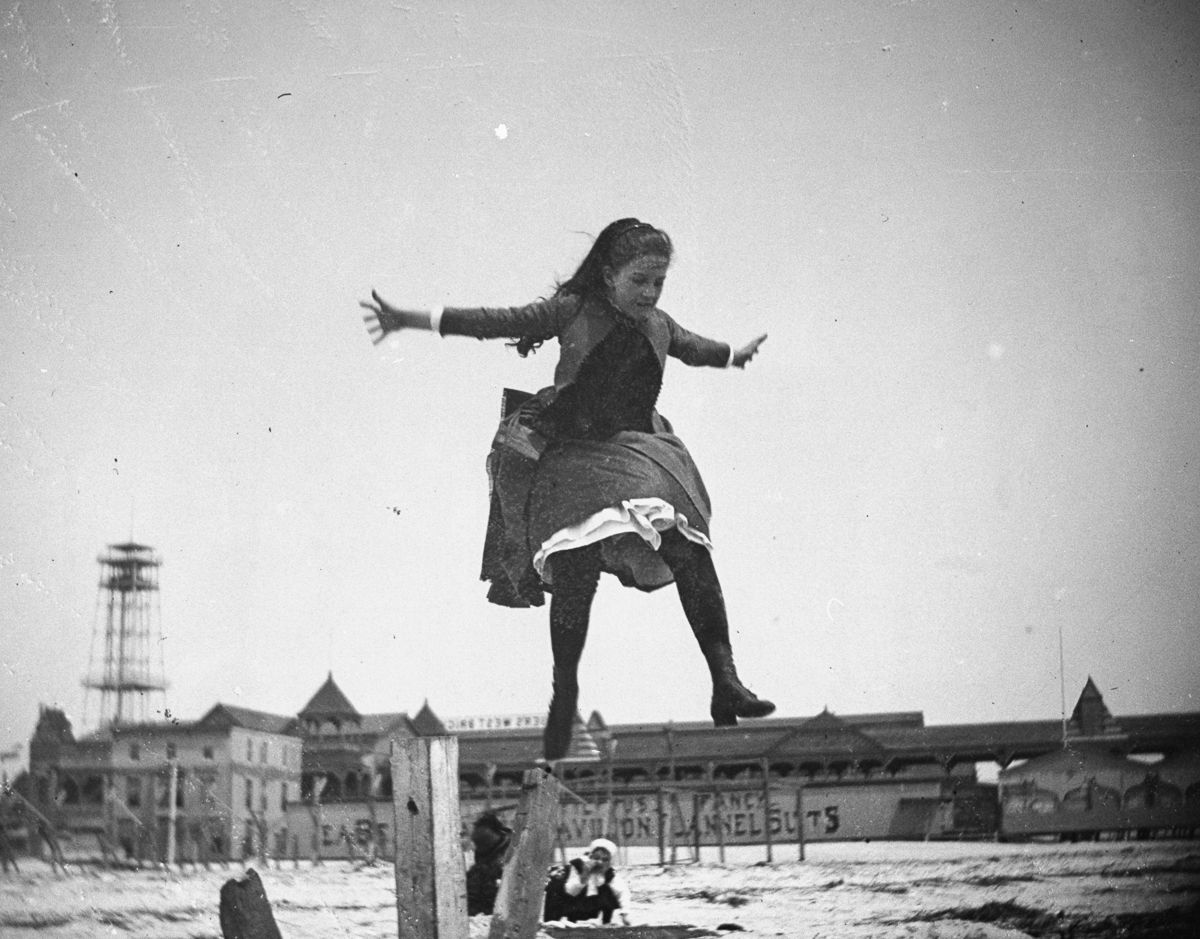 May 15, 1887
Edith Poey jumps off a wooden pole onto the sand at Coney Island. 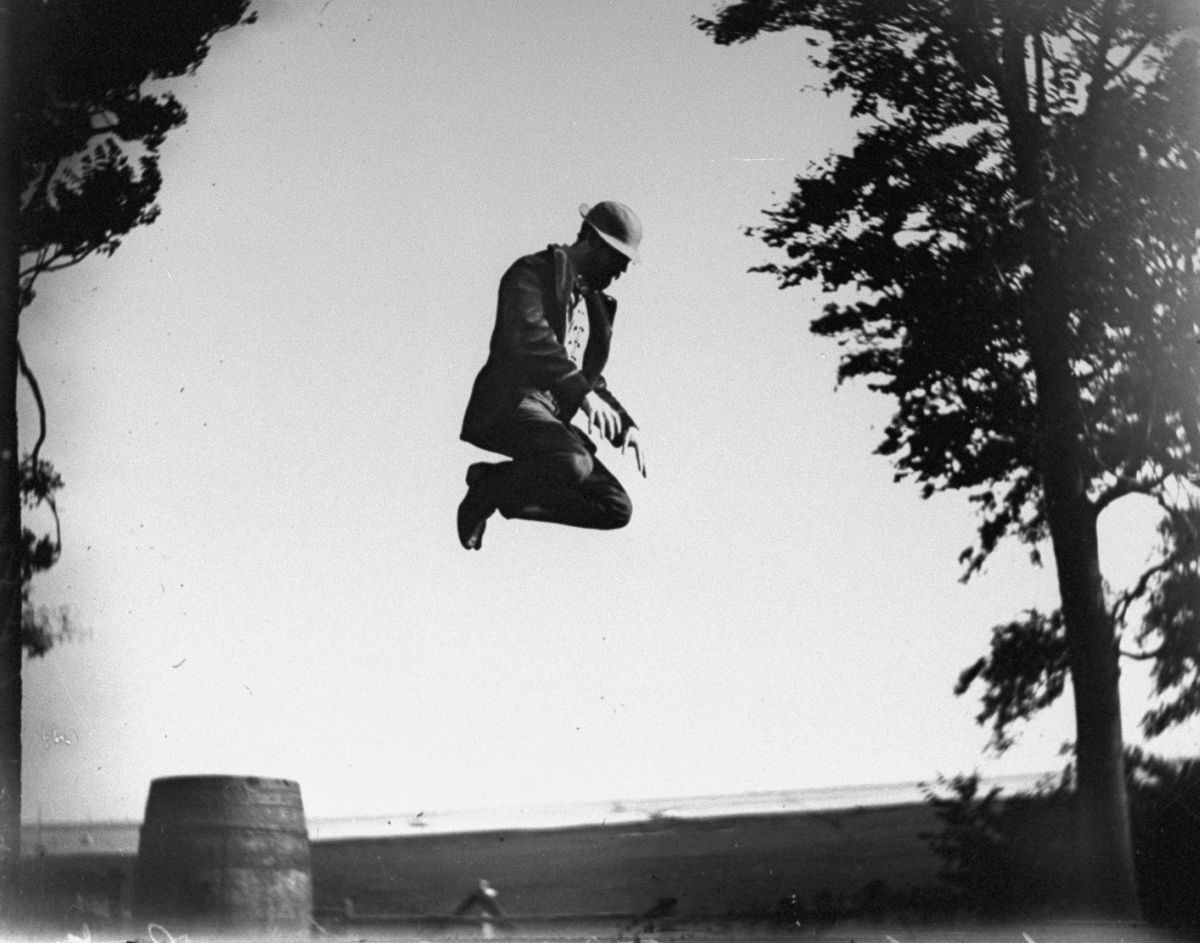 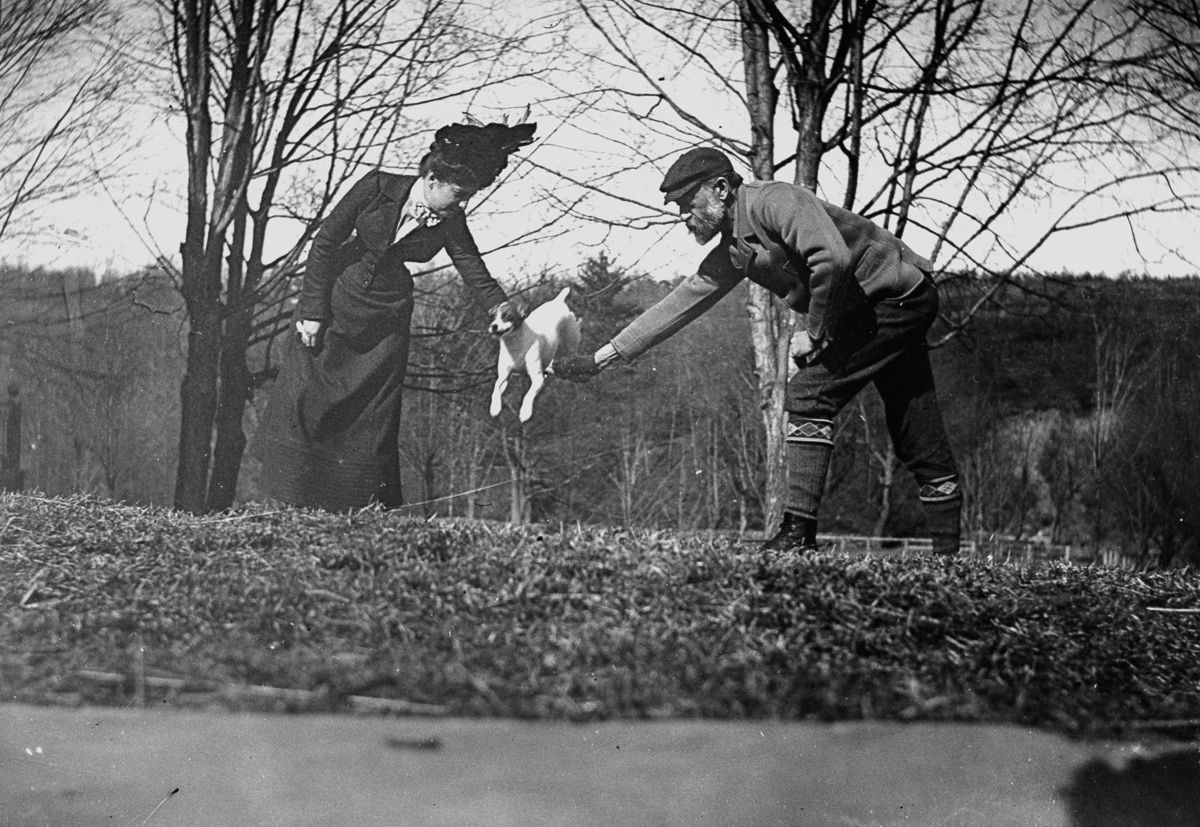 April 15, 1900
Dr. Ernest Palmer and wife join hands to make a bar so that their dog can jump over it. 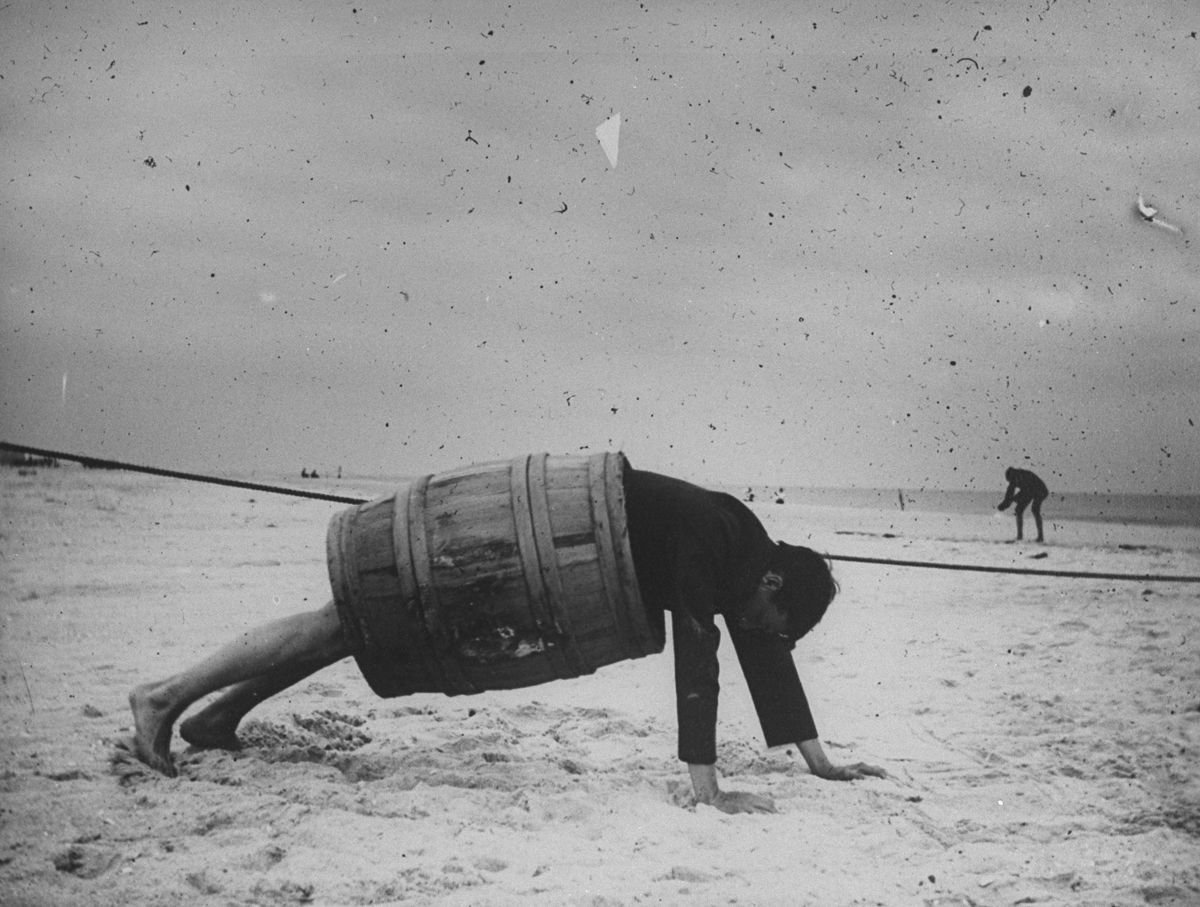 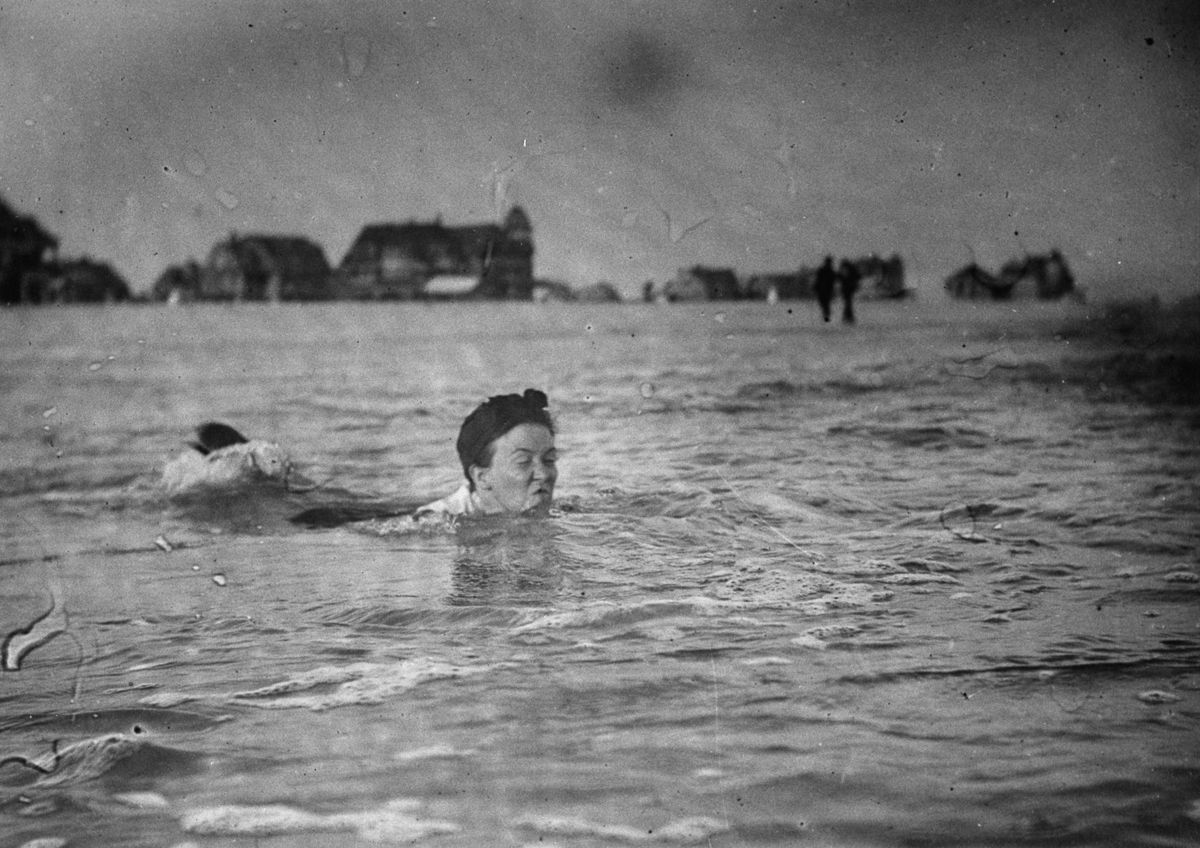 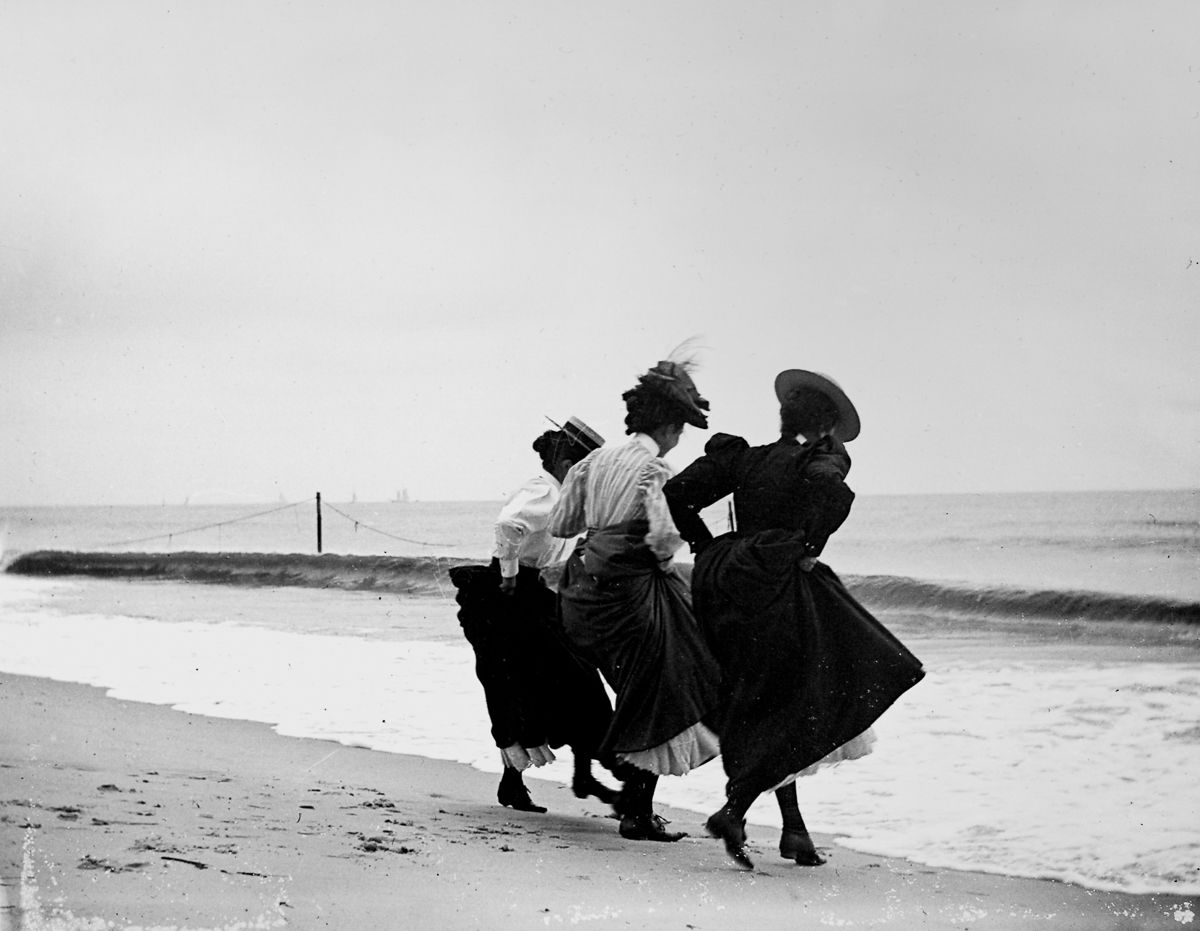 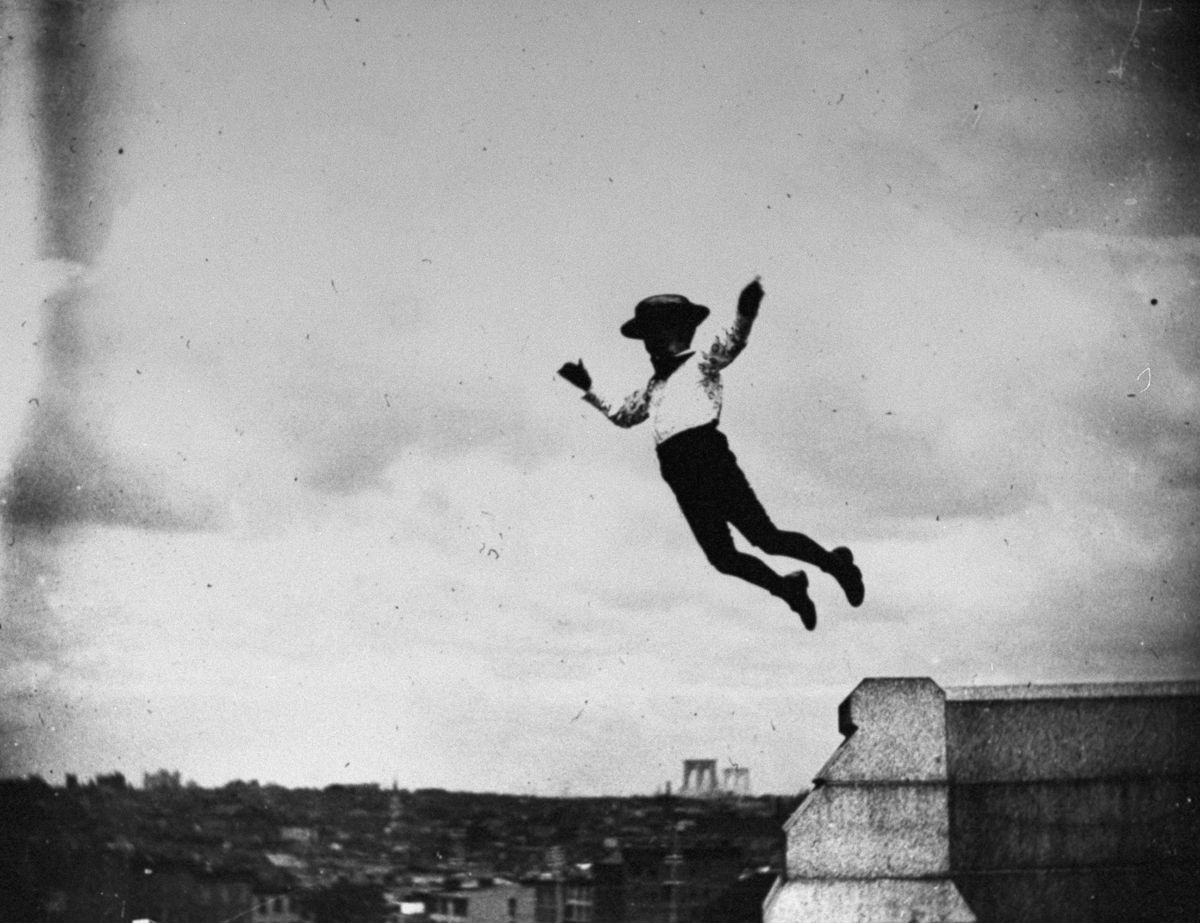 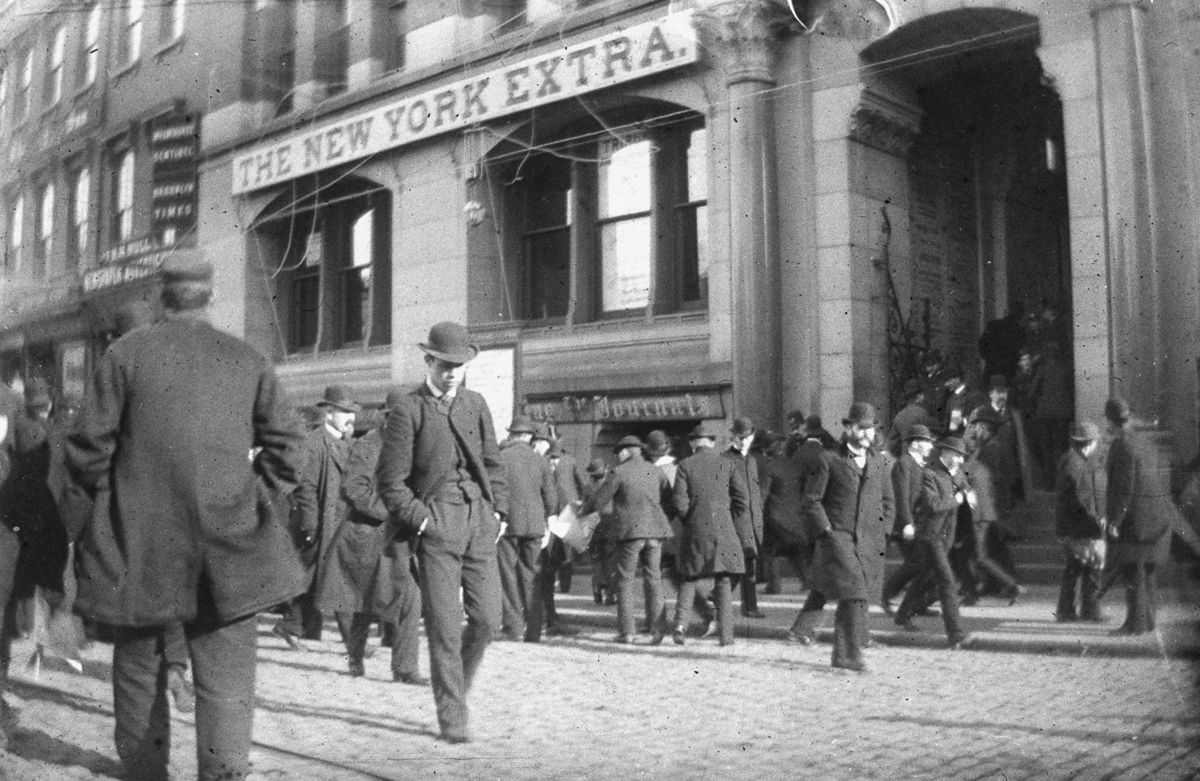 Nov. 6, 1884
Crowds of men outside the New York Tribune building in lower Manhattan. 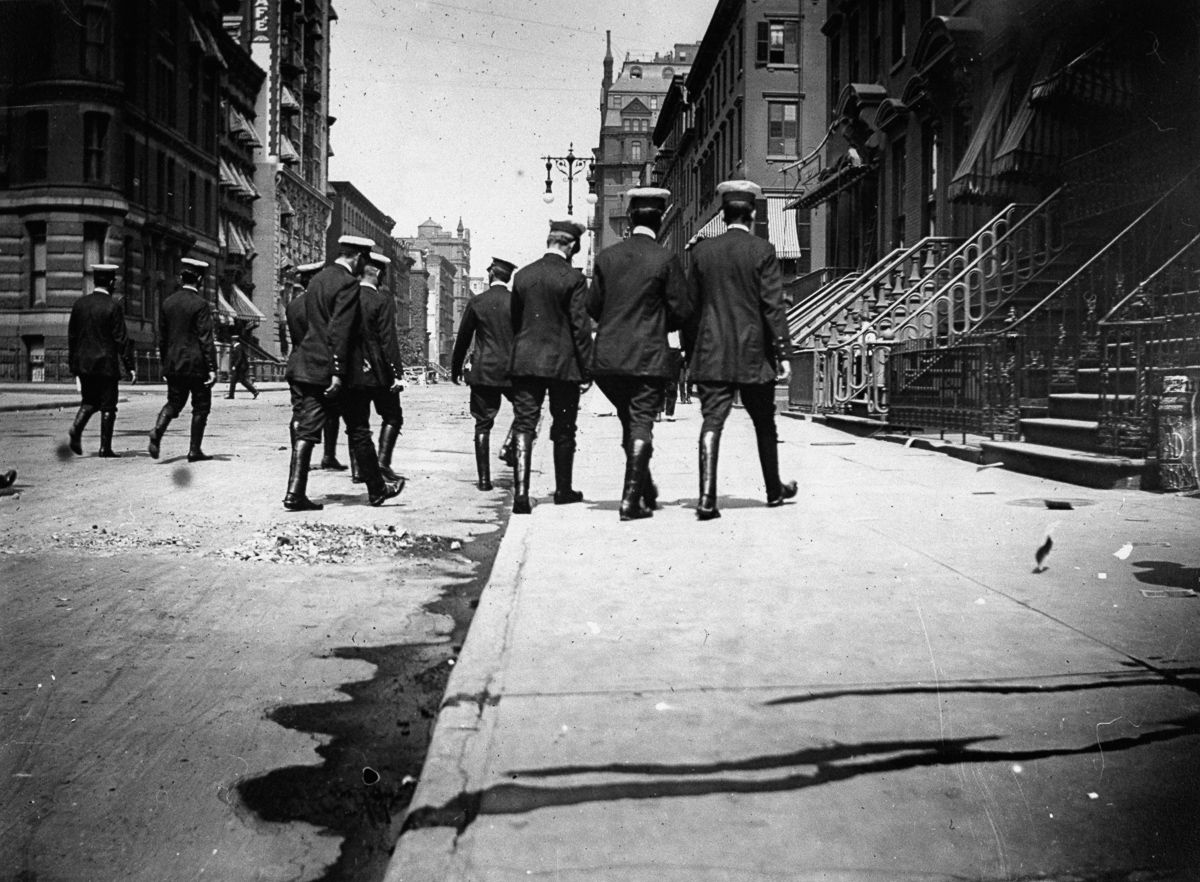 1886
Uniformed officers in riding boots walk down a street. 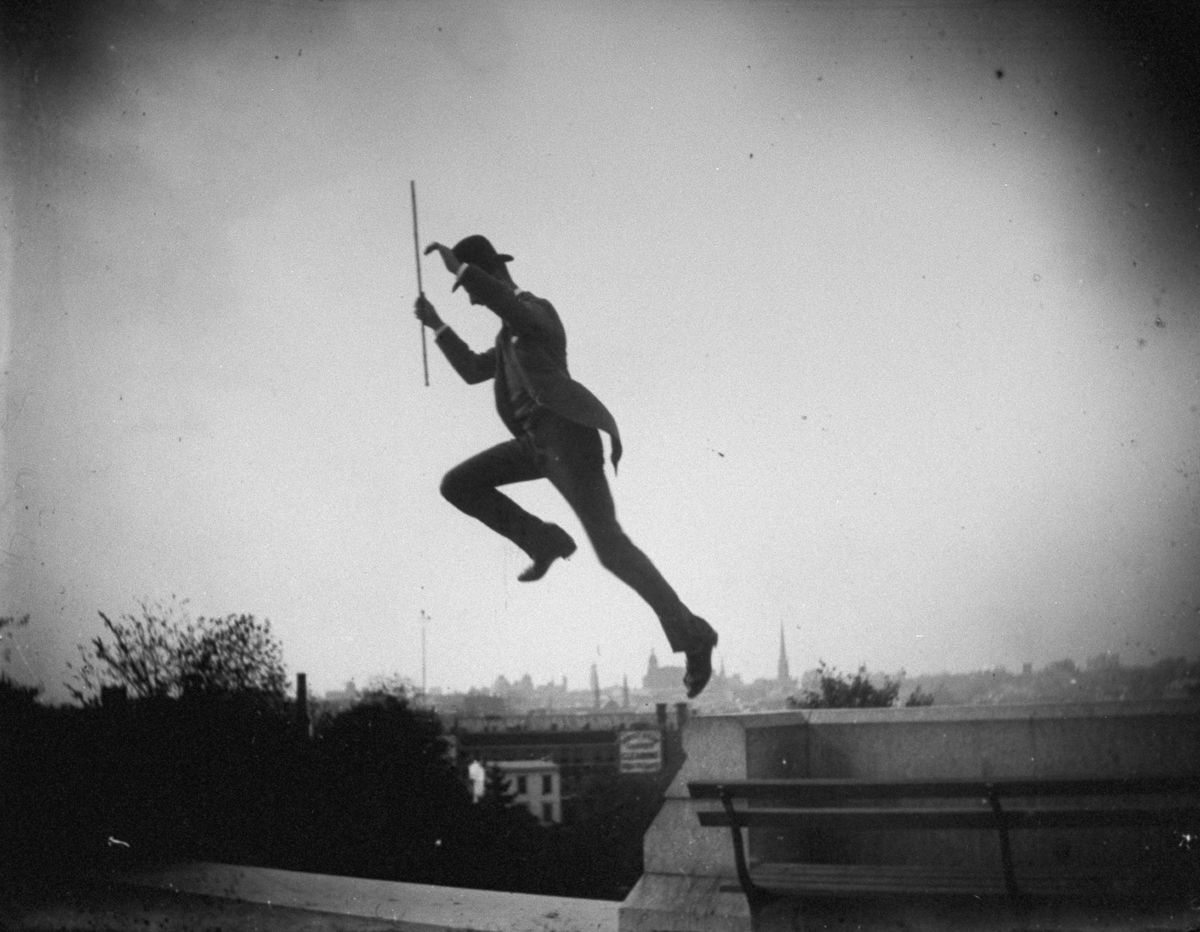 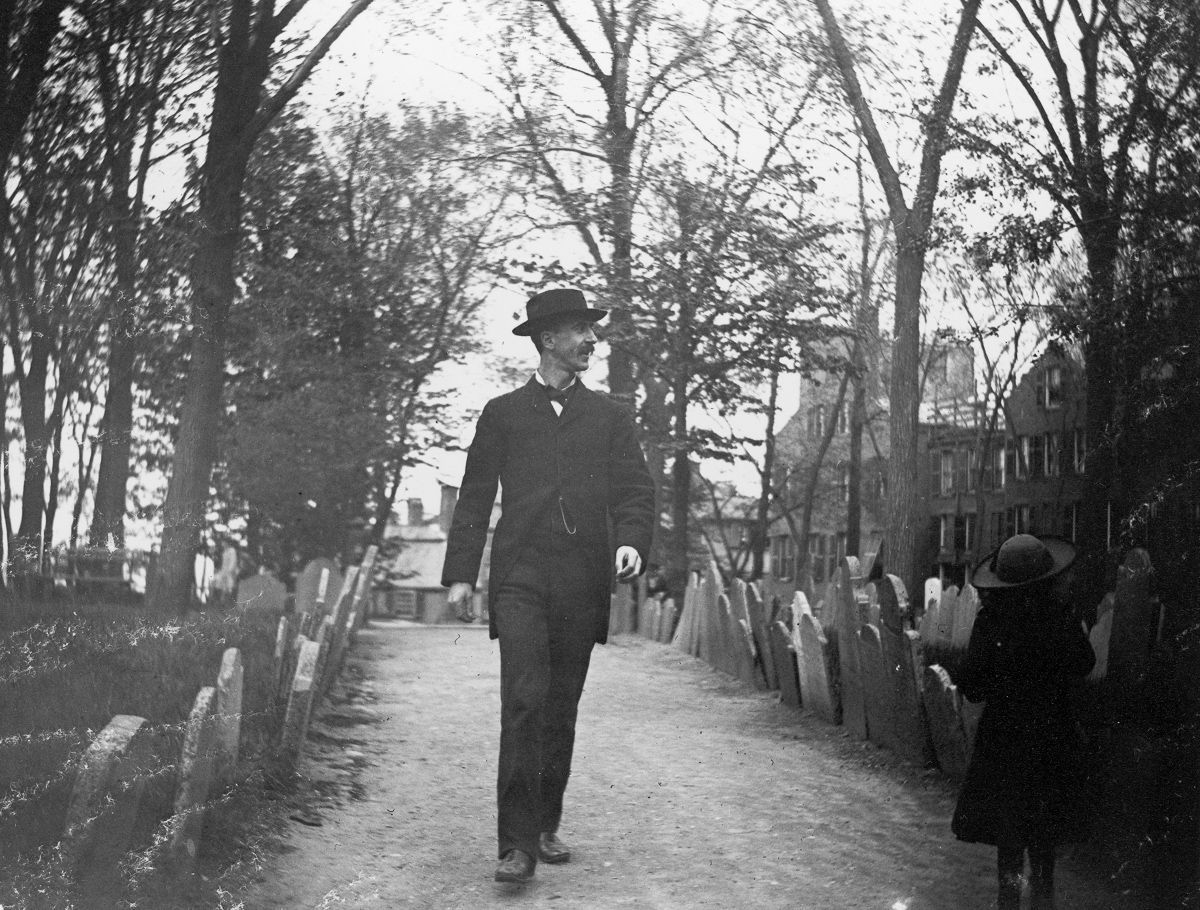 May 10, 1886
Nathan Abbott and a young girl walk through Copps Hill Cemetery. 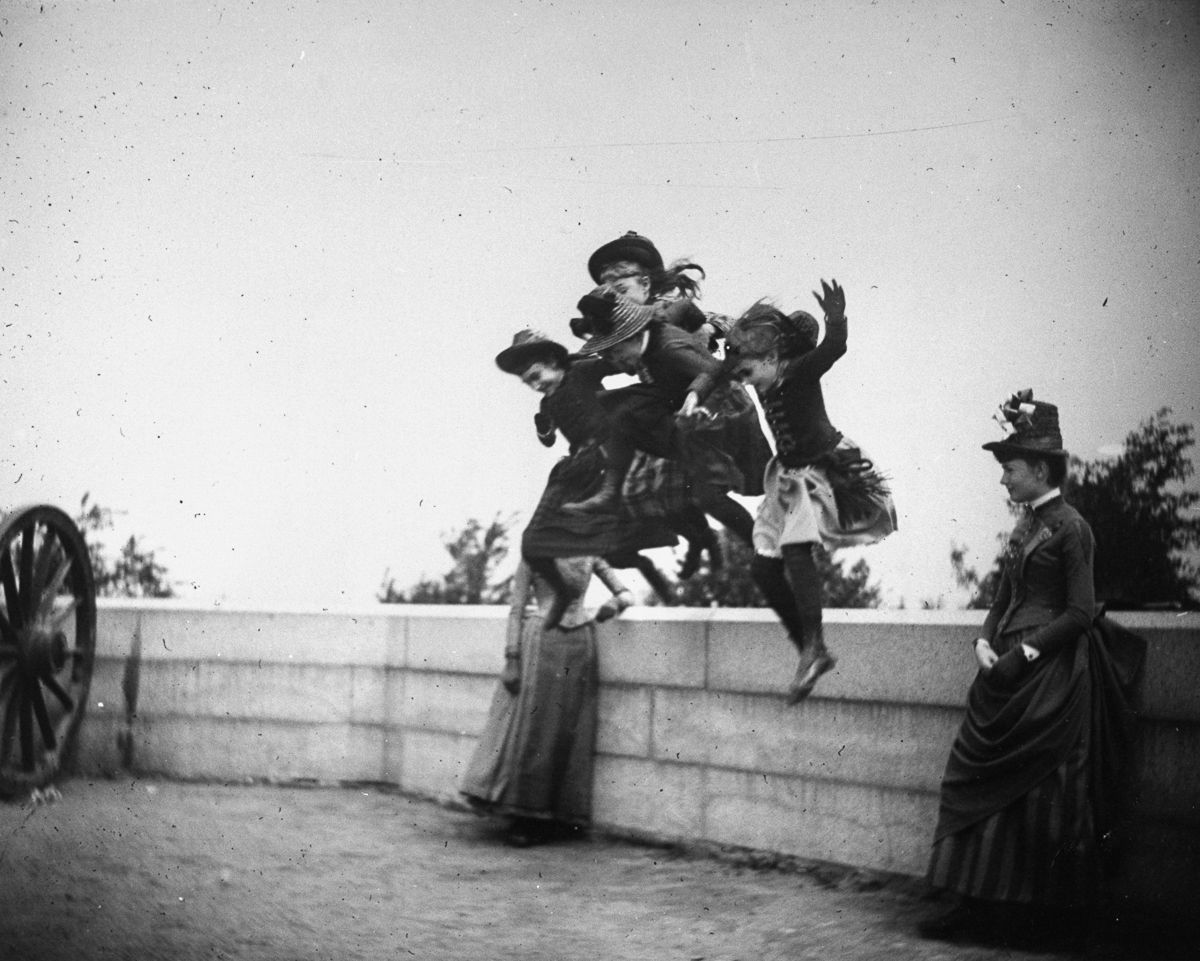 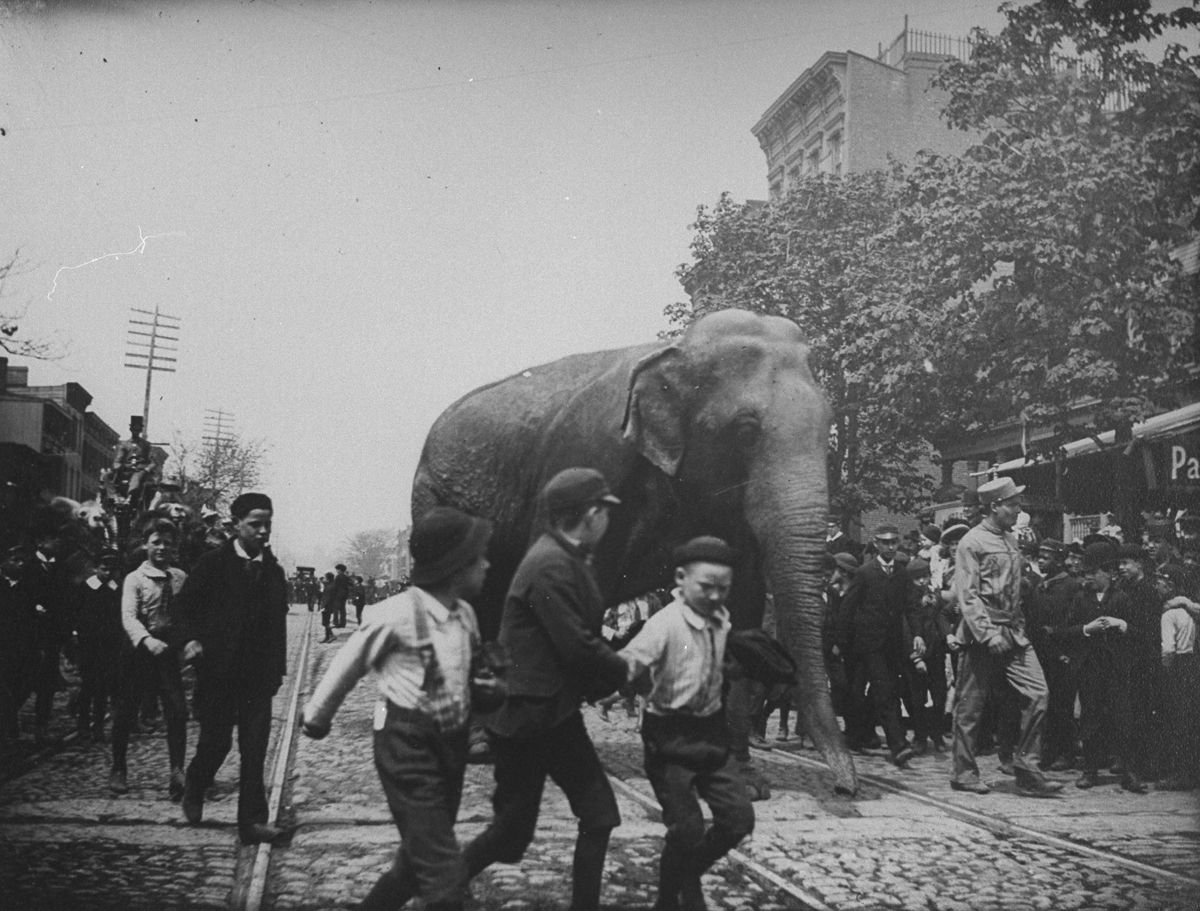 June 1, 1891
An elephant from the Barnes Circus walks down Atlantic Street in Brooklyn. 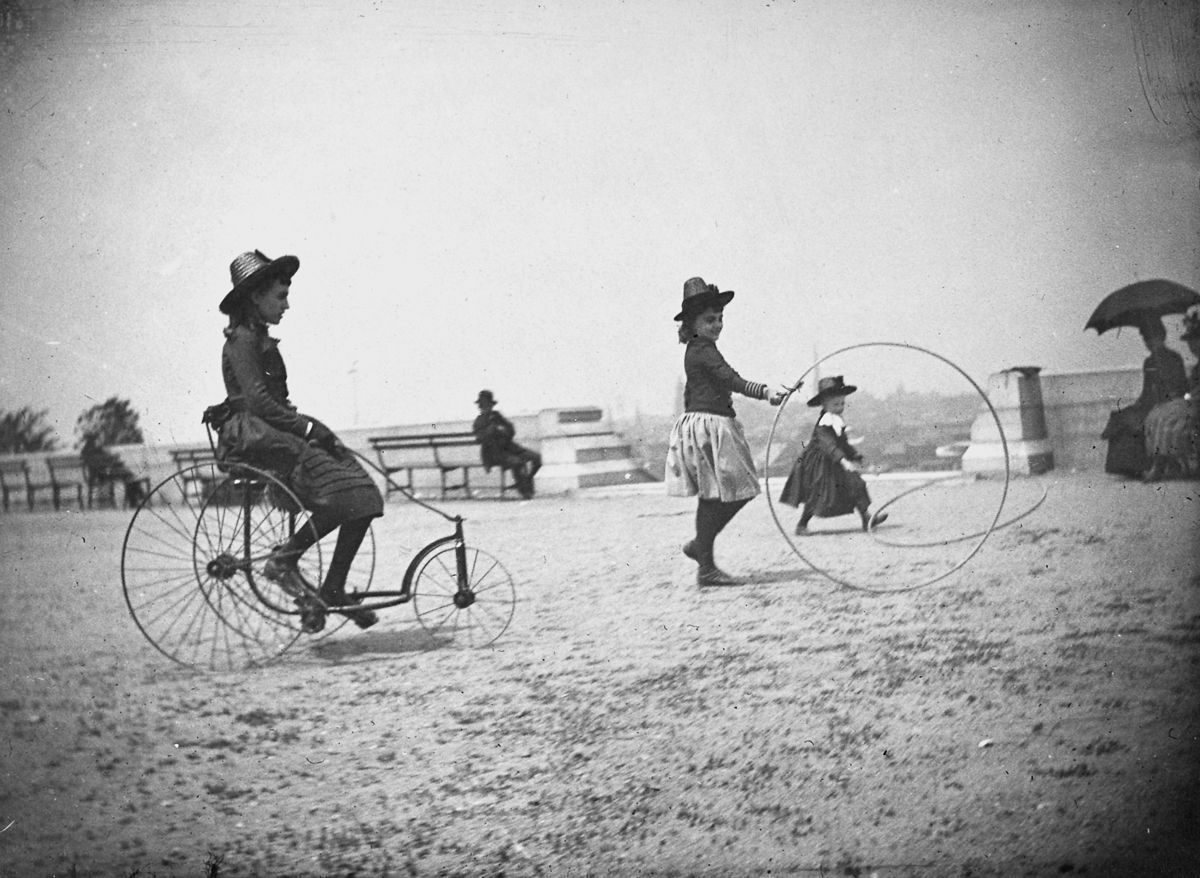 May 22, 1886
Isabel Harter rides a tricycle while her sister Nellie rolls a hoop in Fort Greene. 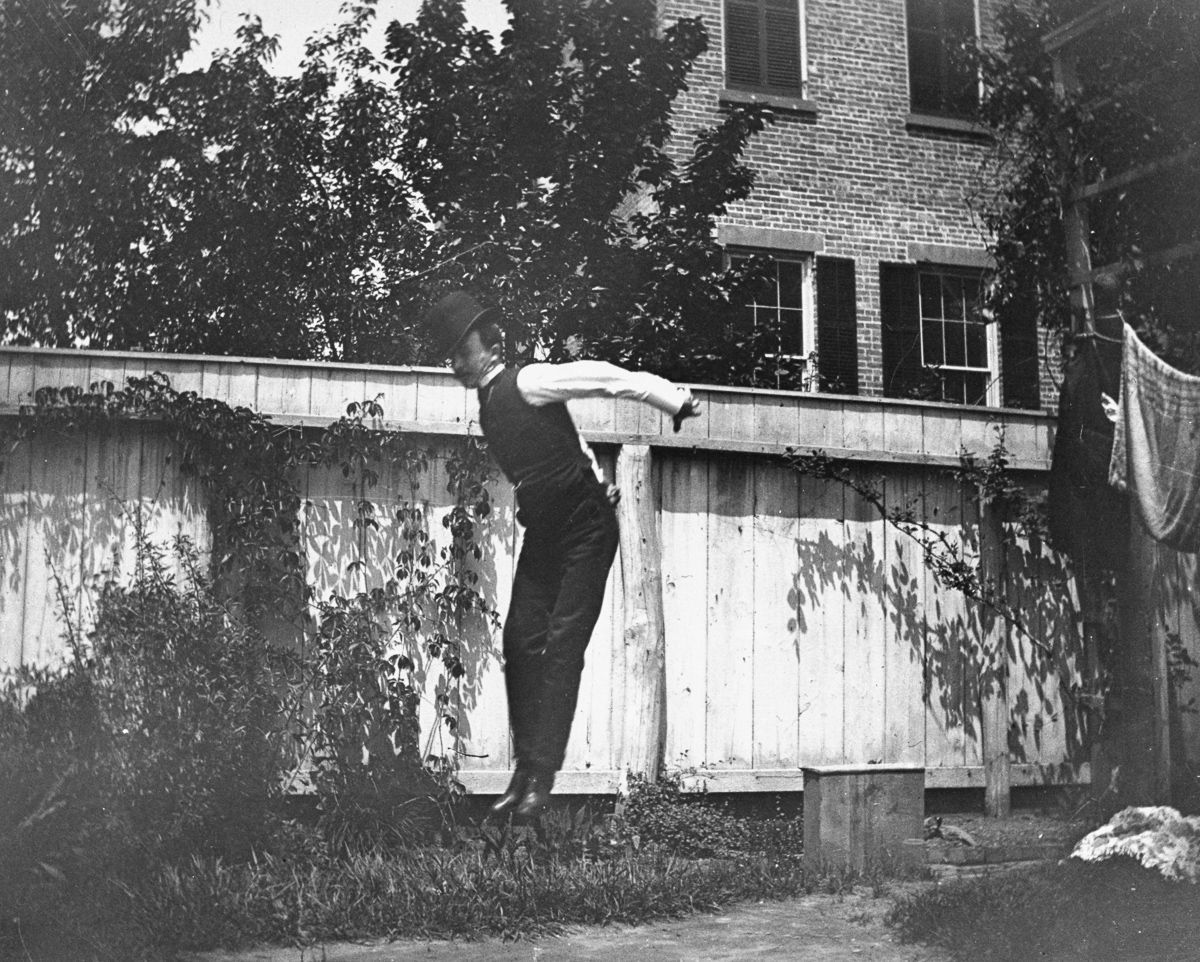 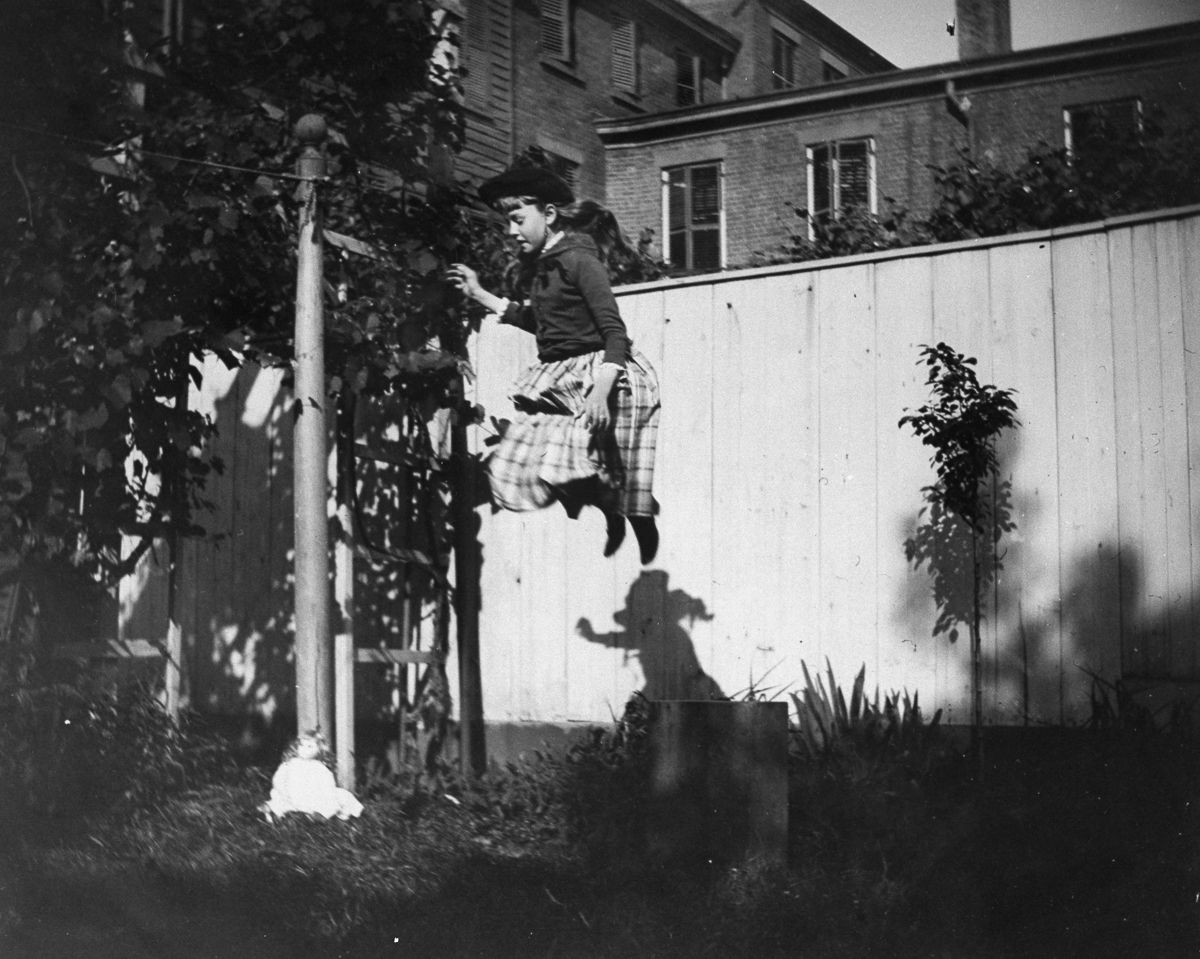 June 19, 1886
Zelma Levison jumps in the backyard of her home at 314 Livingston Street. 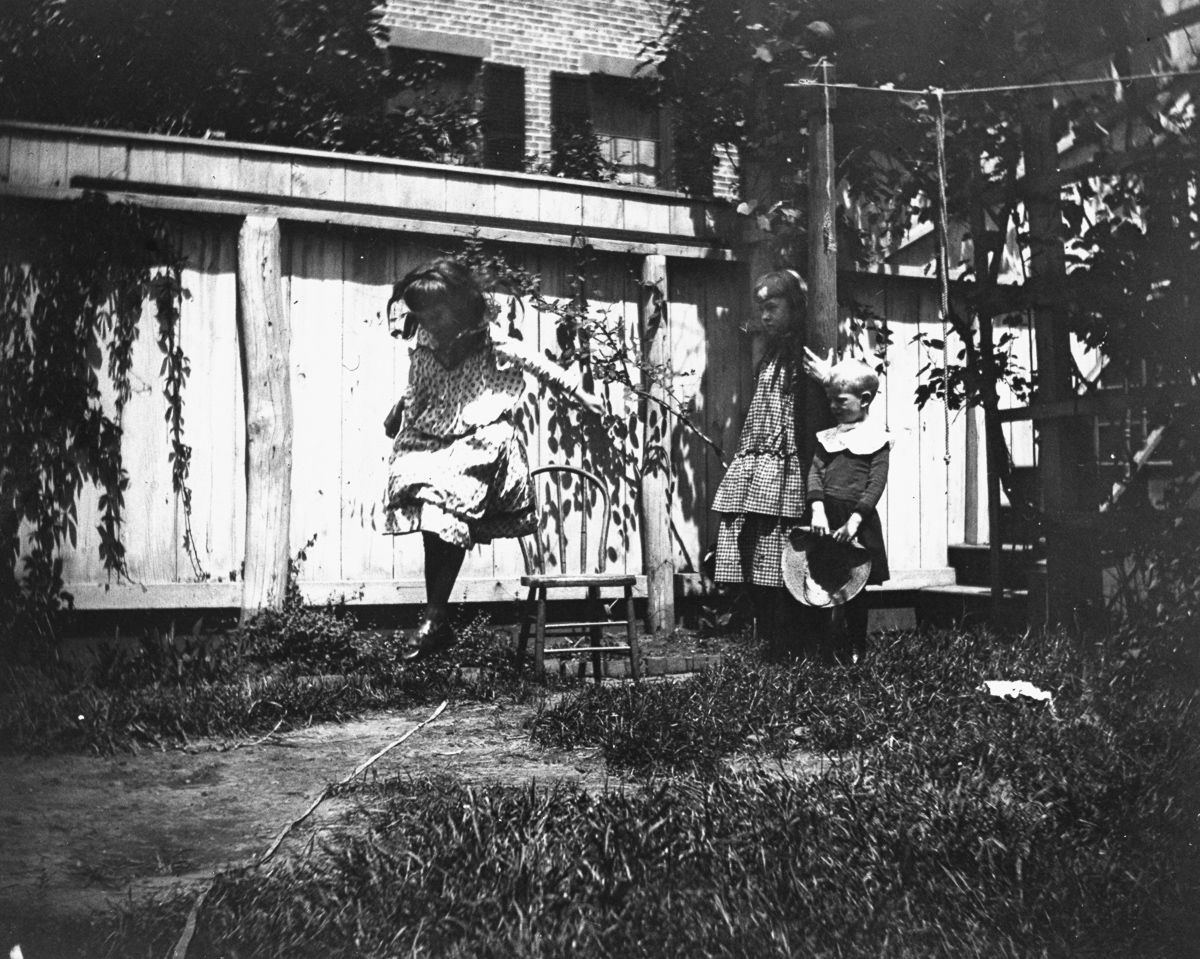 June 20, 1886
Mildred Grimwood jumps in the backyard at 314 Livingston Street as brother Victor Grimwood and pal Zelma Levison look on. 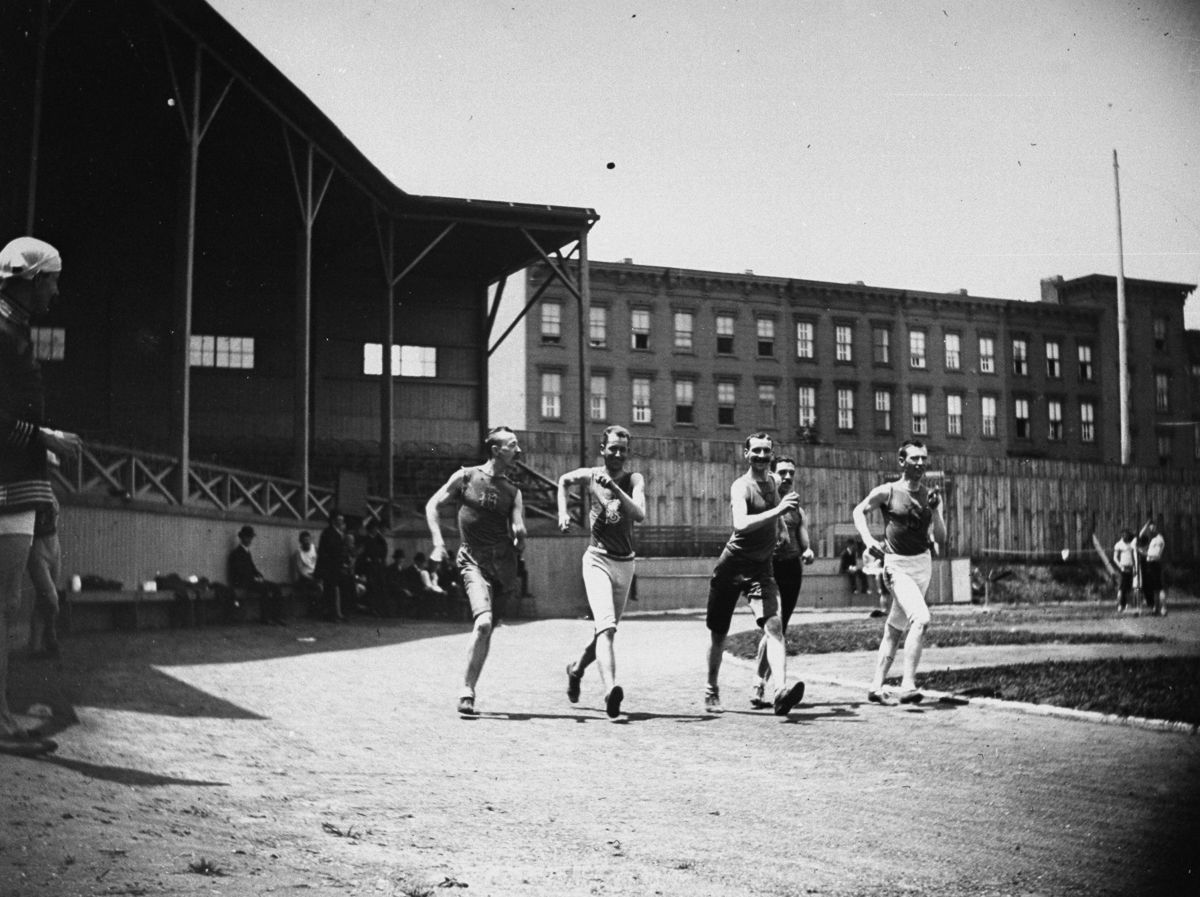 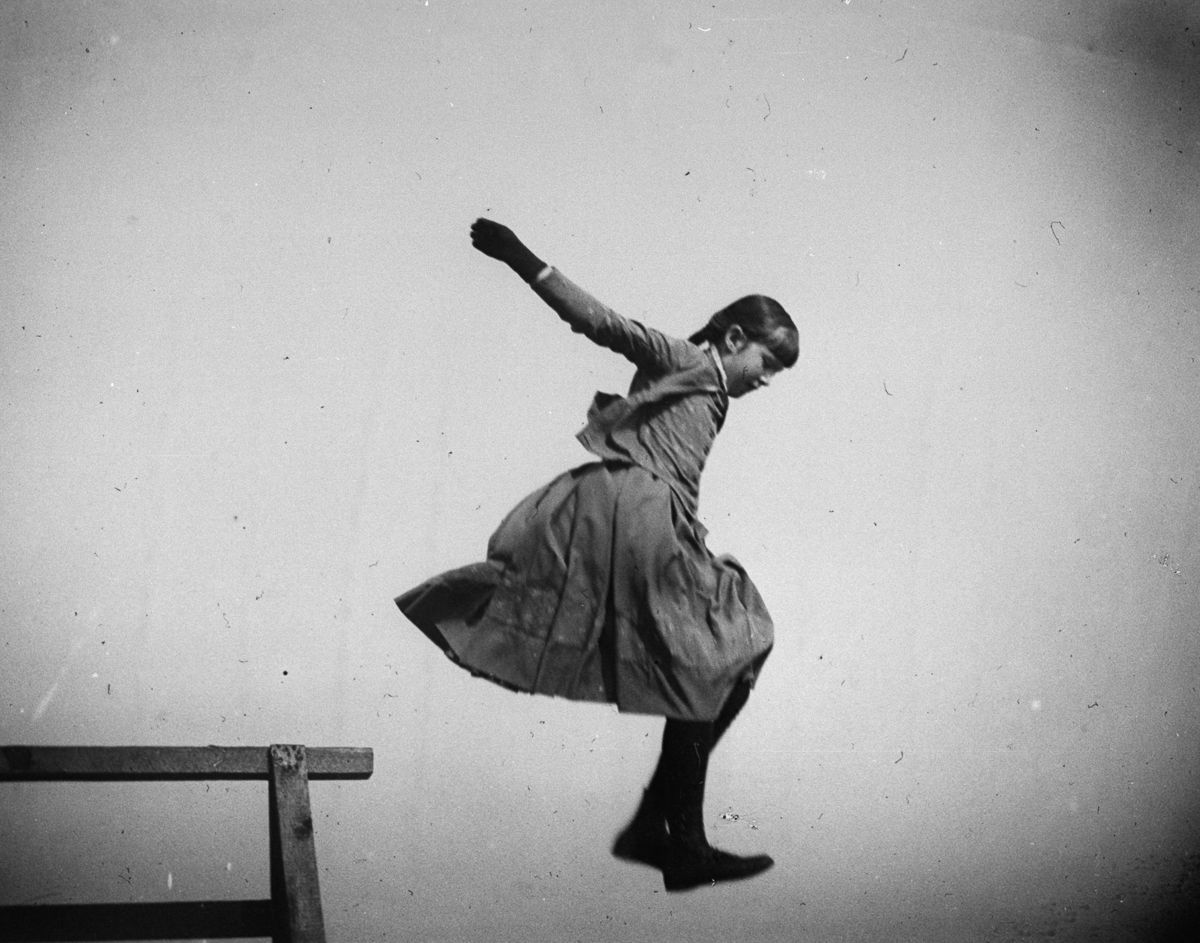 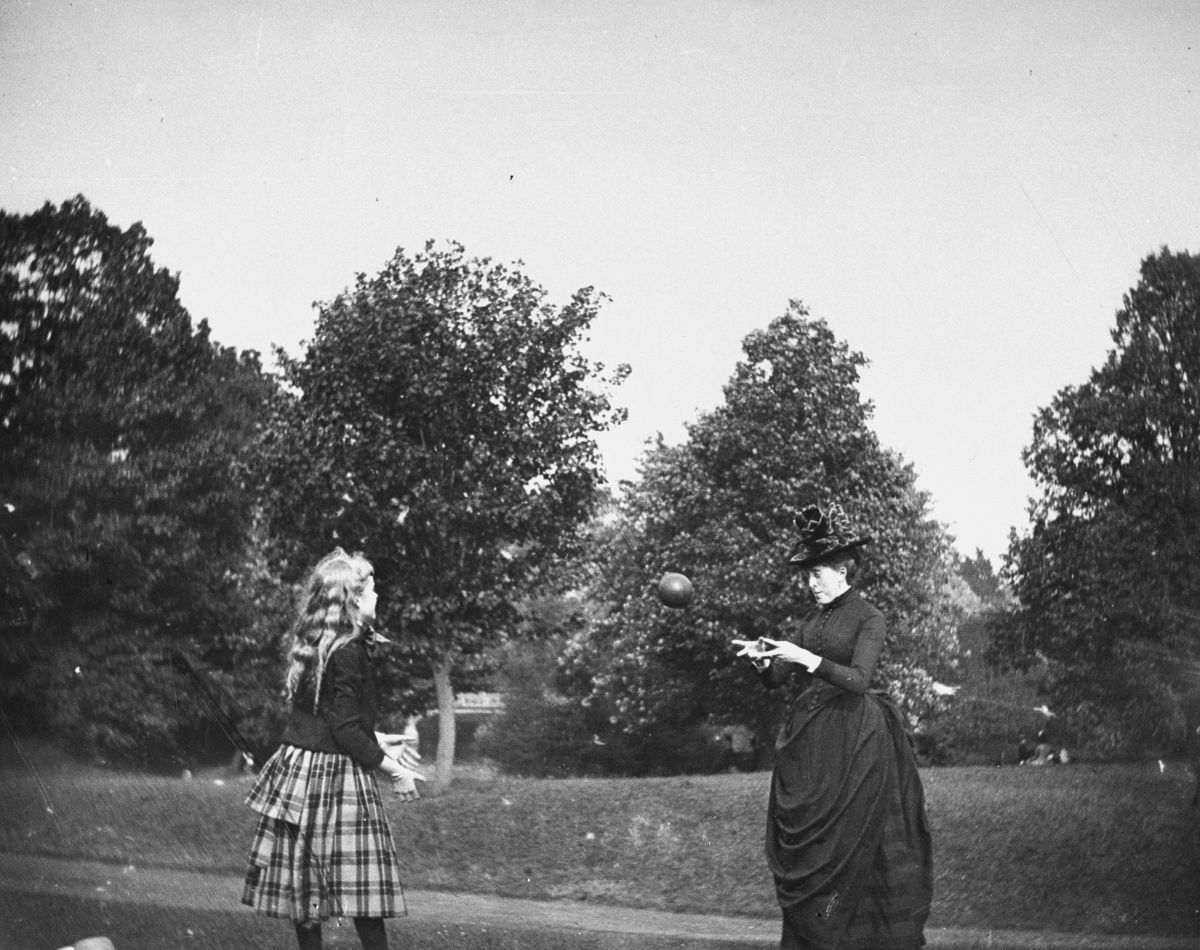 July 20, 1886
Zelma Levison and her aunt Jo Grimwood throw a ball back and forth on a lawn in Prospect Park. 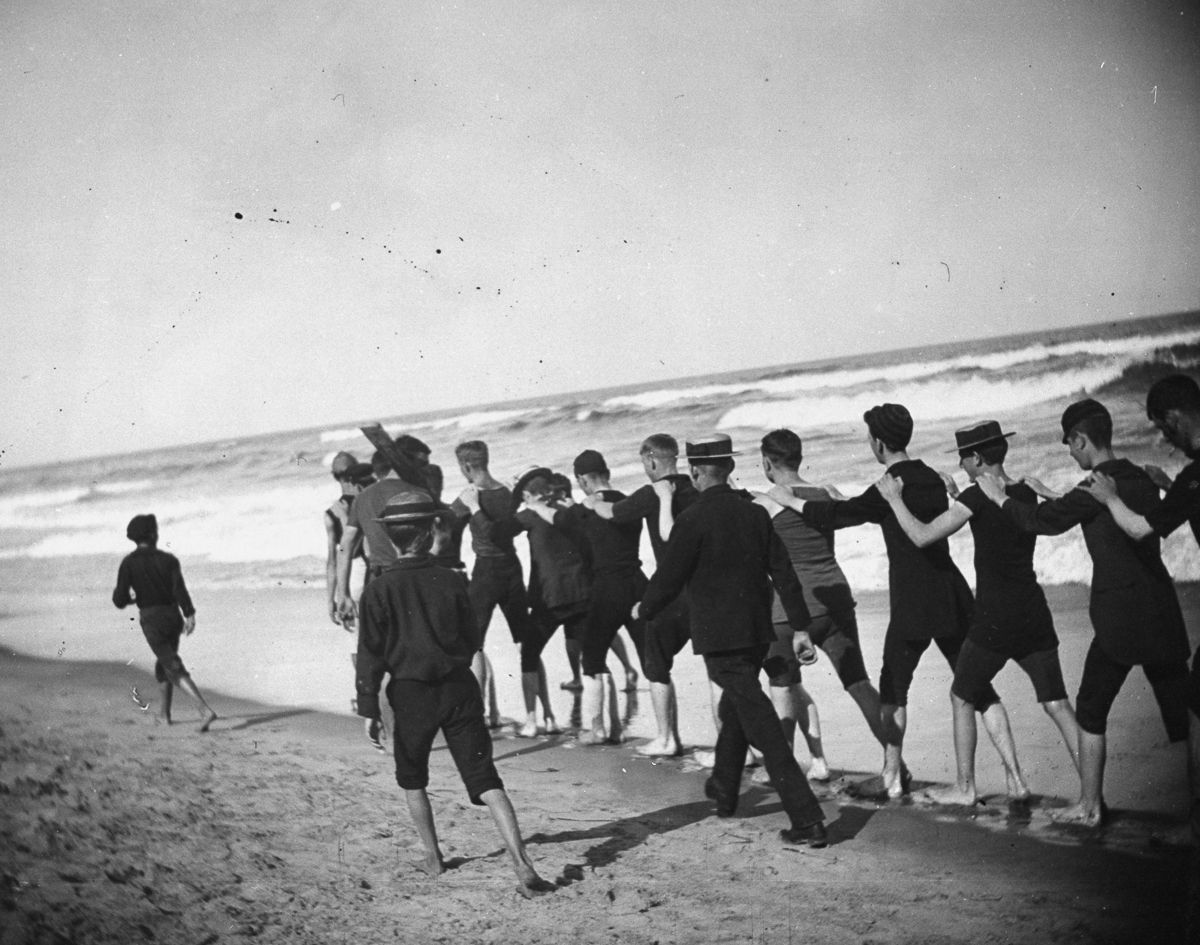 Aug. 23, 1886
A group of young male bathers walk single file along the beach. 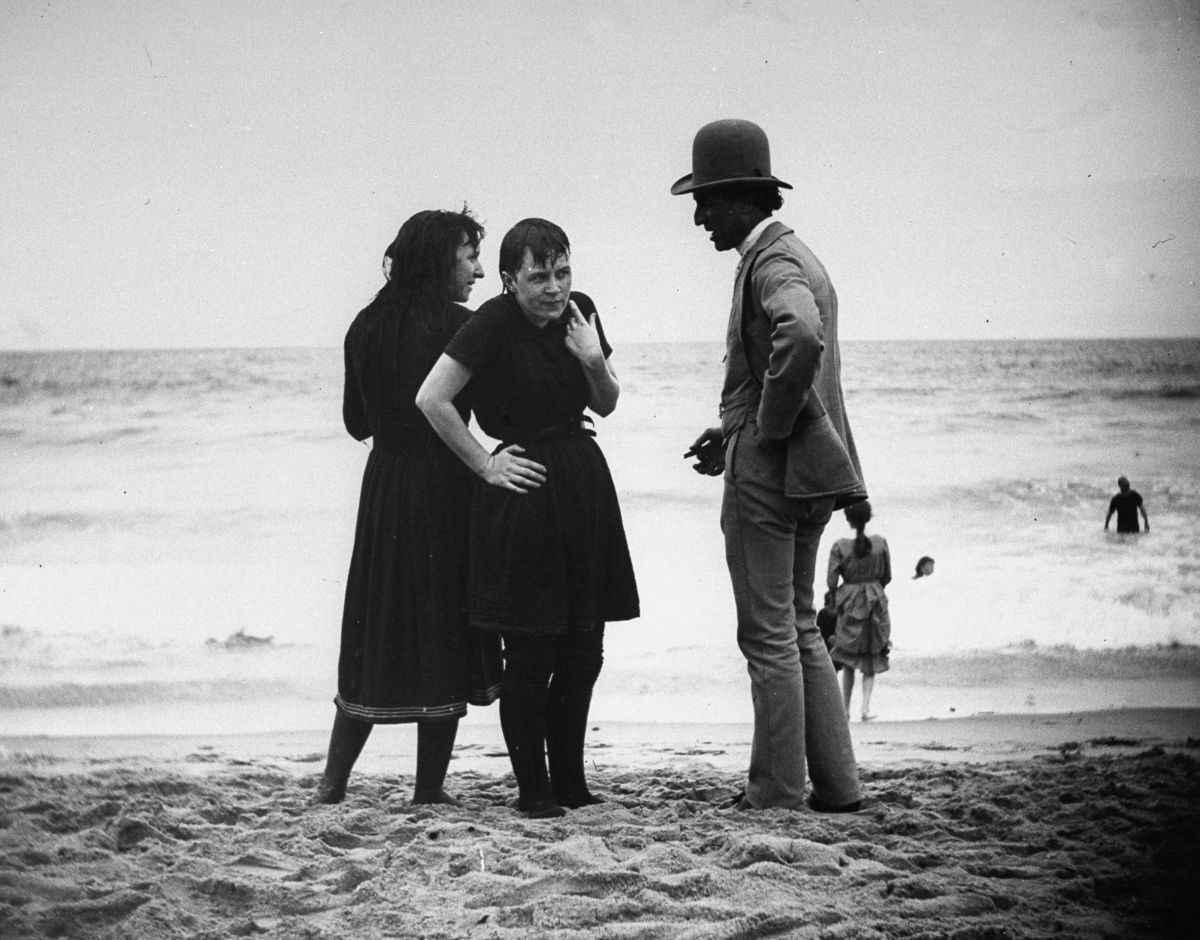