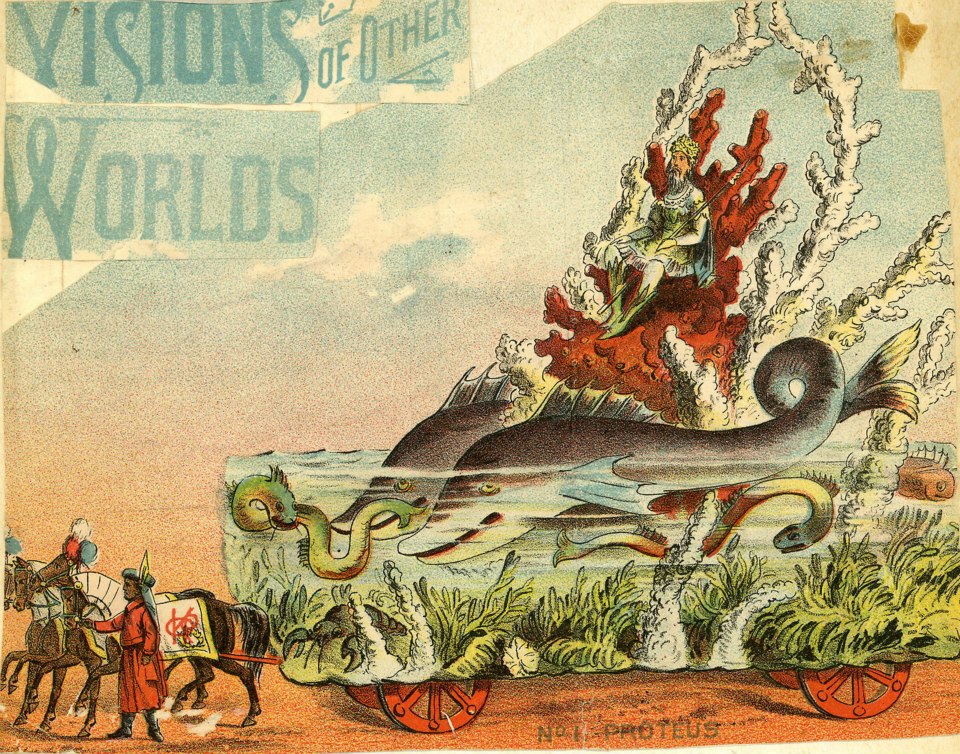 In 1857, six New Orleans businessmen formed the city’s first Mardi Gras krewe – the Mystic Krewe of Comus. That year, they paraded two floats on the theme The Demon Actors in Milton’s Paradise Lost. The movements grew. In 1886, the Mystic Krewe of Comus created a much larger series of 18 floats called Visions of Other Worlds. The designs were created by Carlotta Bonnecaze, and paraded on the night of March 9 1896. 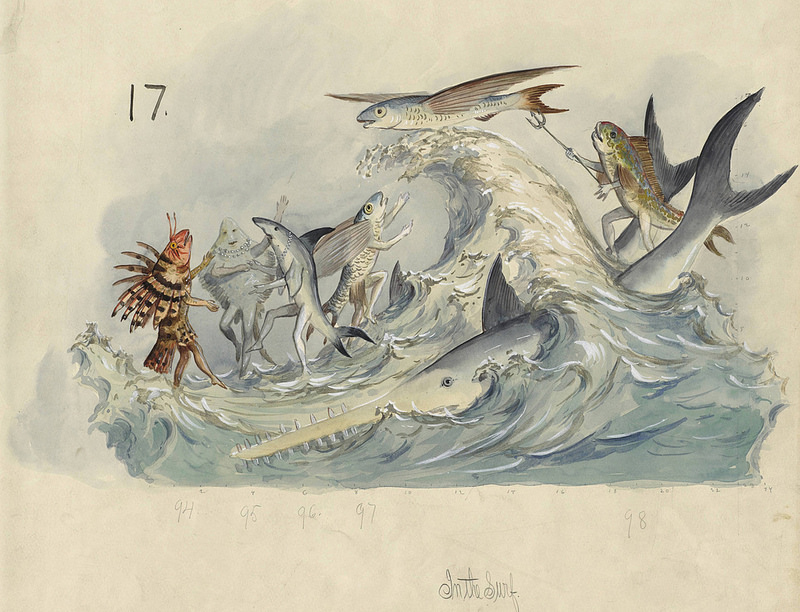 In The Surf, float design from Krewe of Proteus, 1896 by Carlotta Bonnecaze

These lithographs of the horse-drawn carnival floats appeared in the Carnival Edition of The Daily Picayune for March 9, 1886. 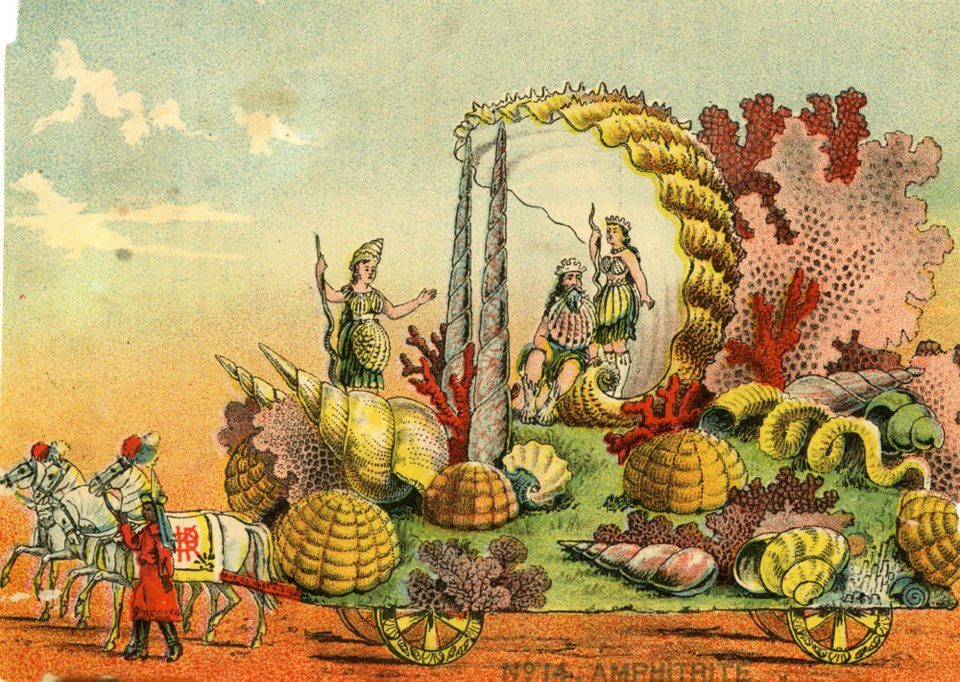 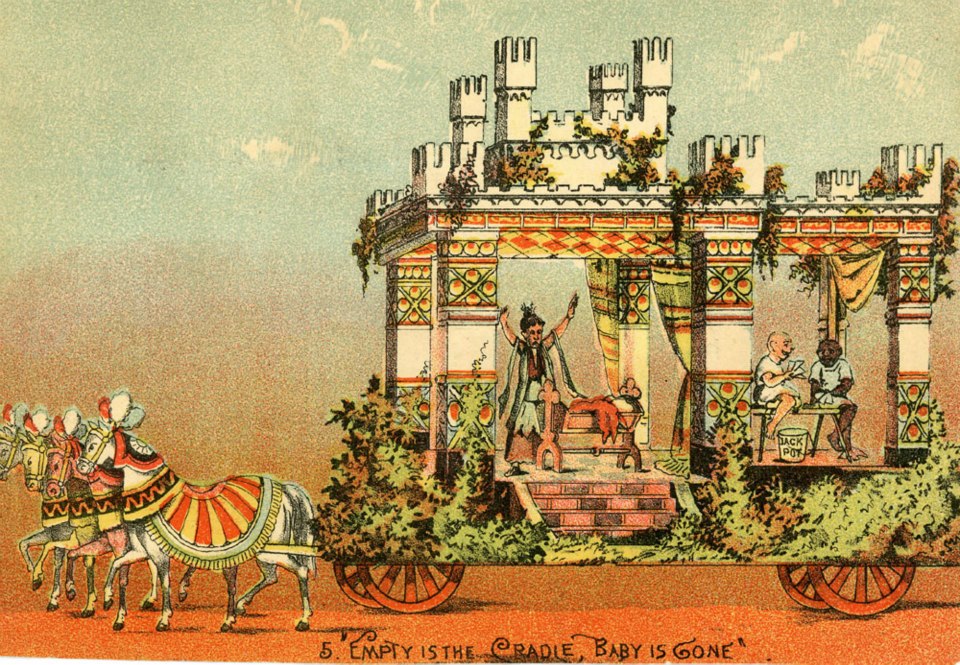 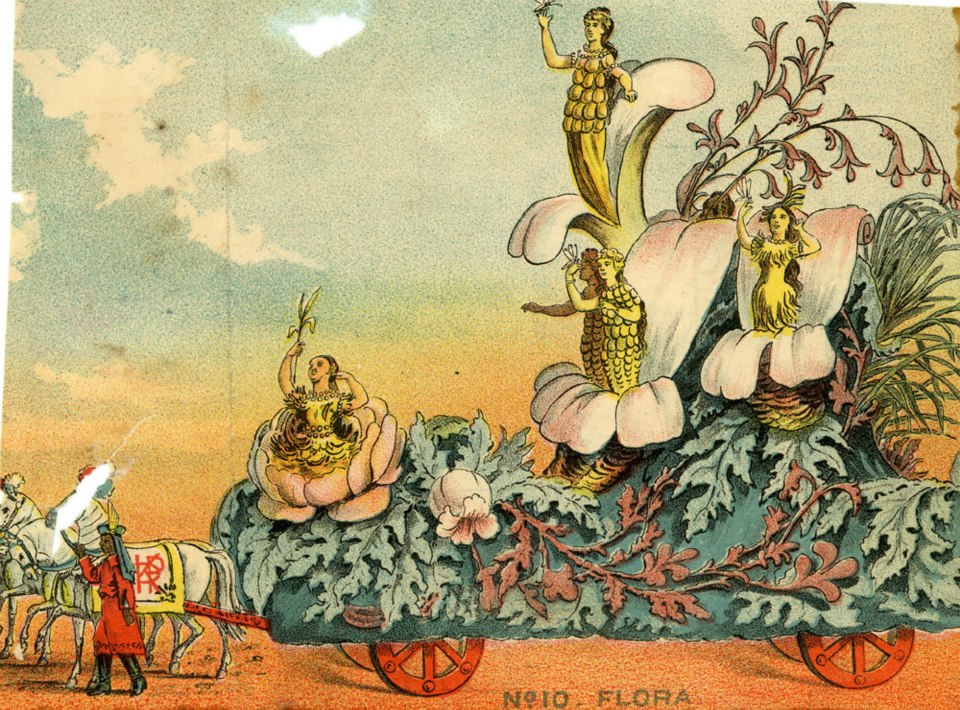 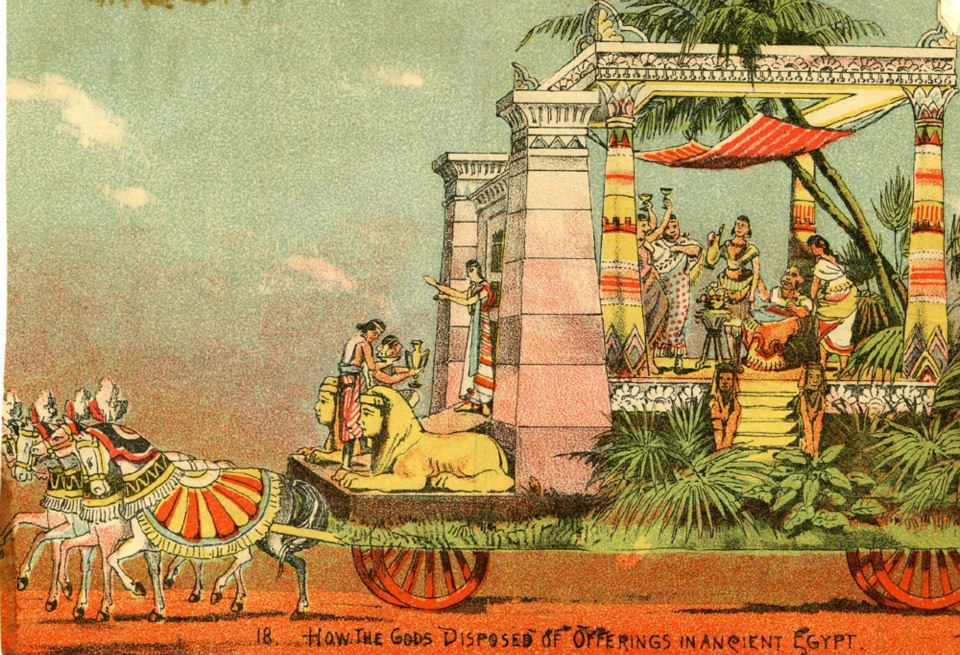 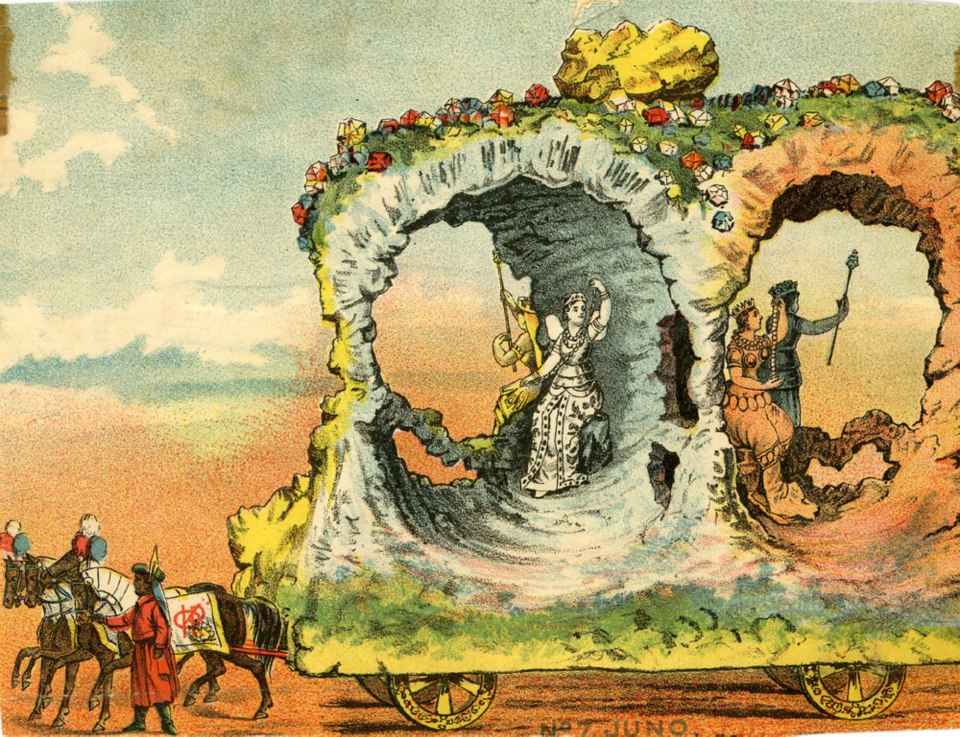 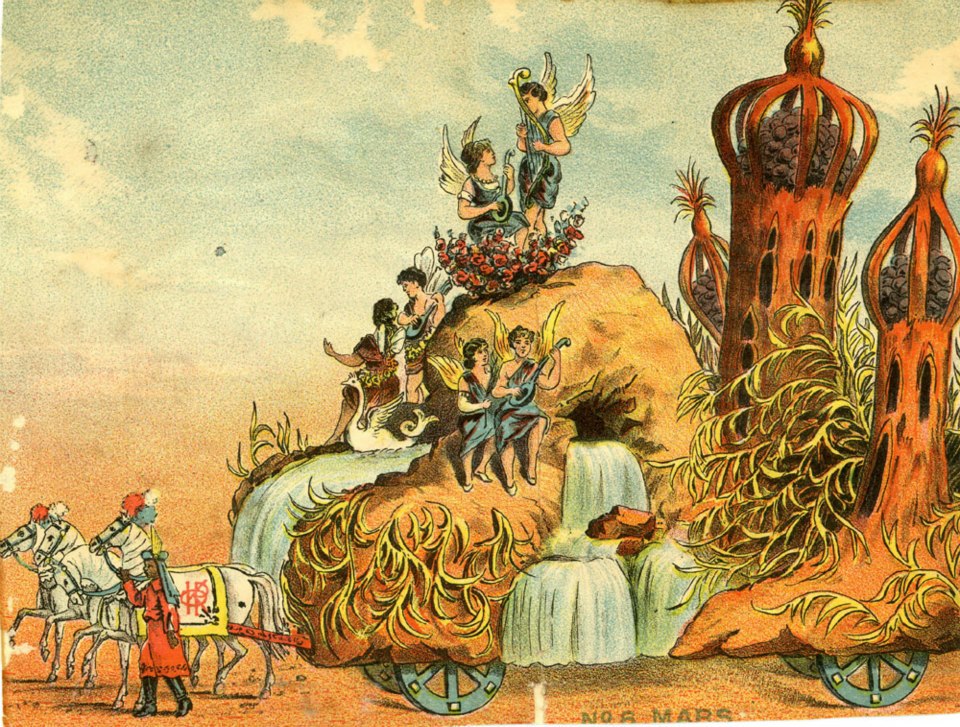 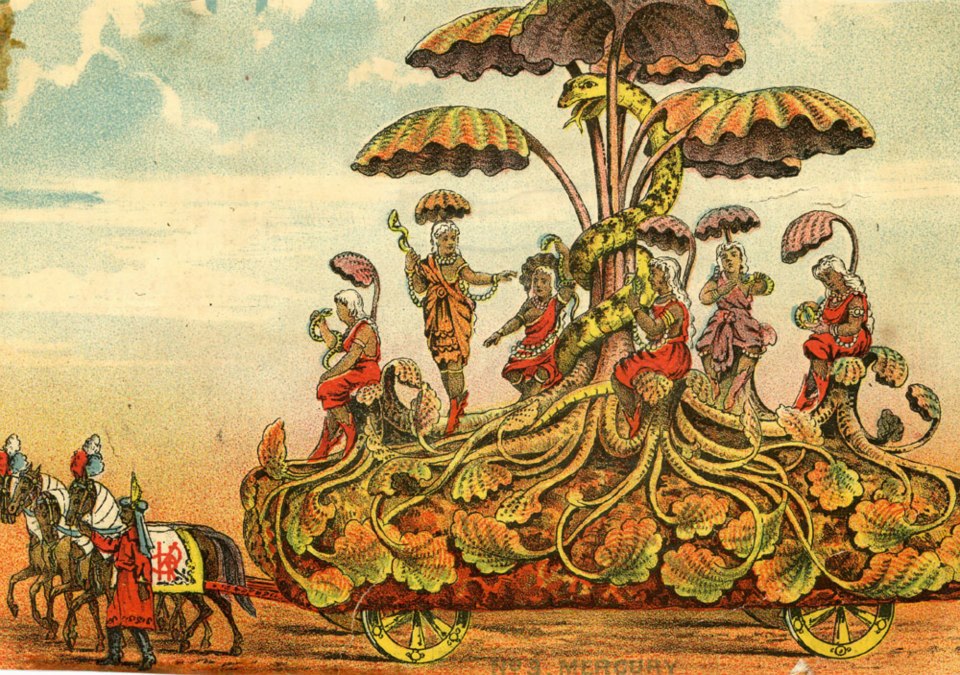 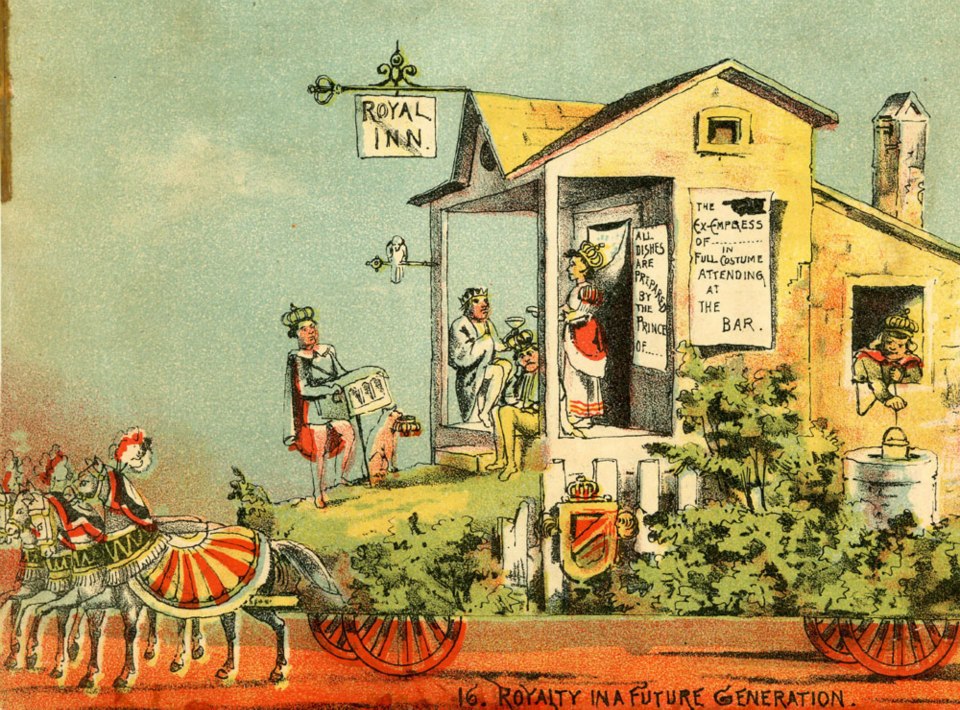 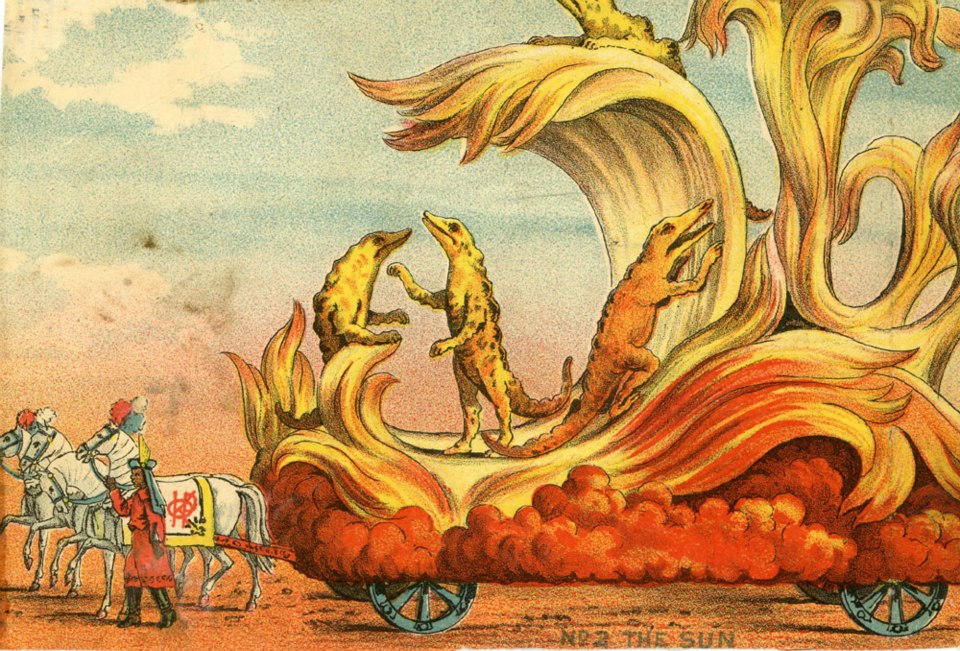 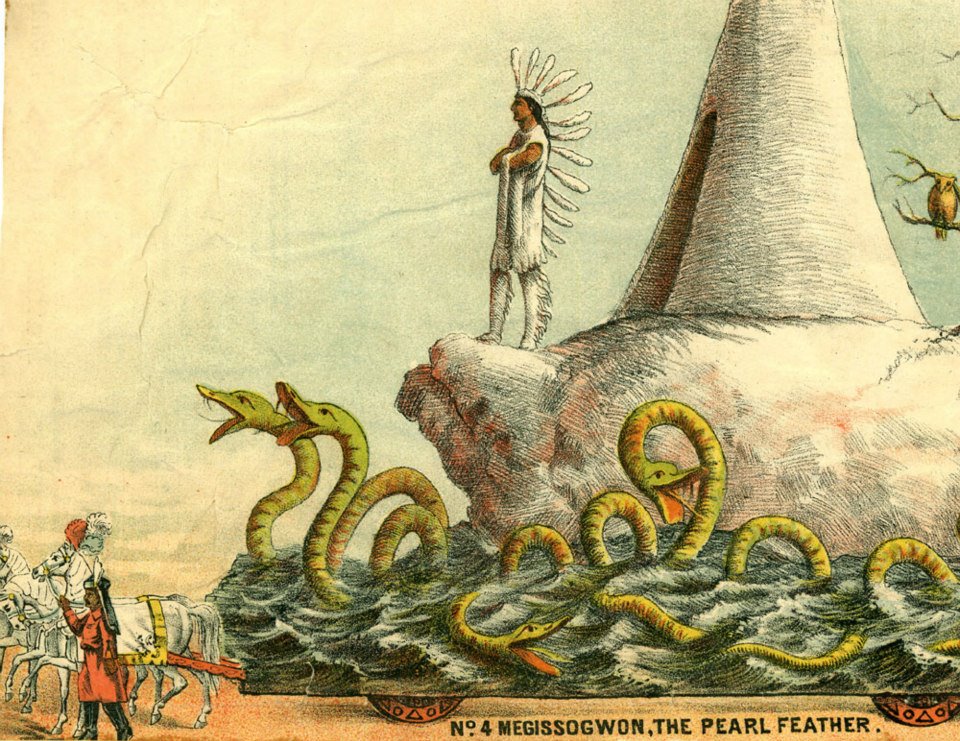 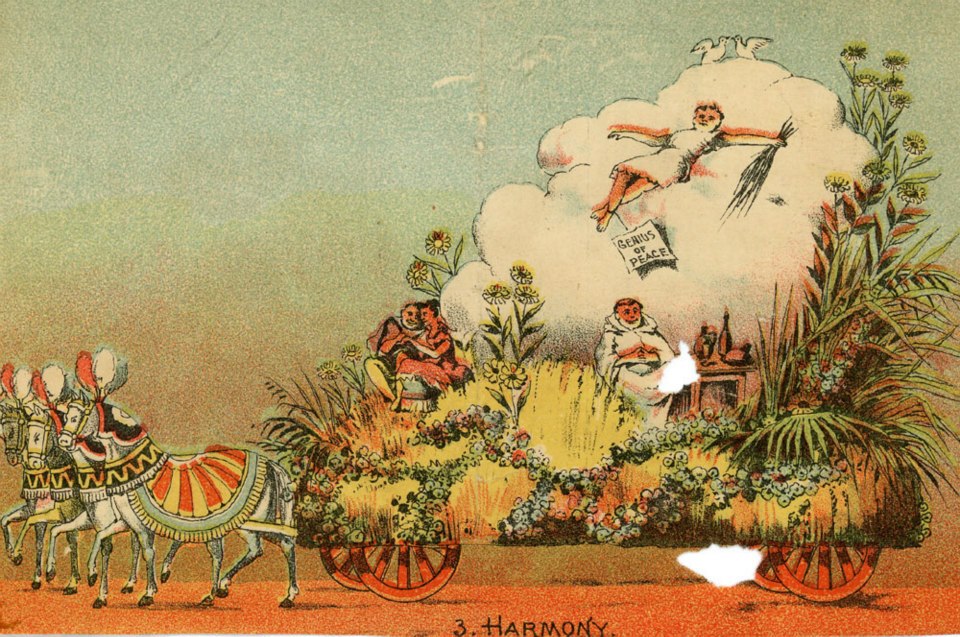 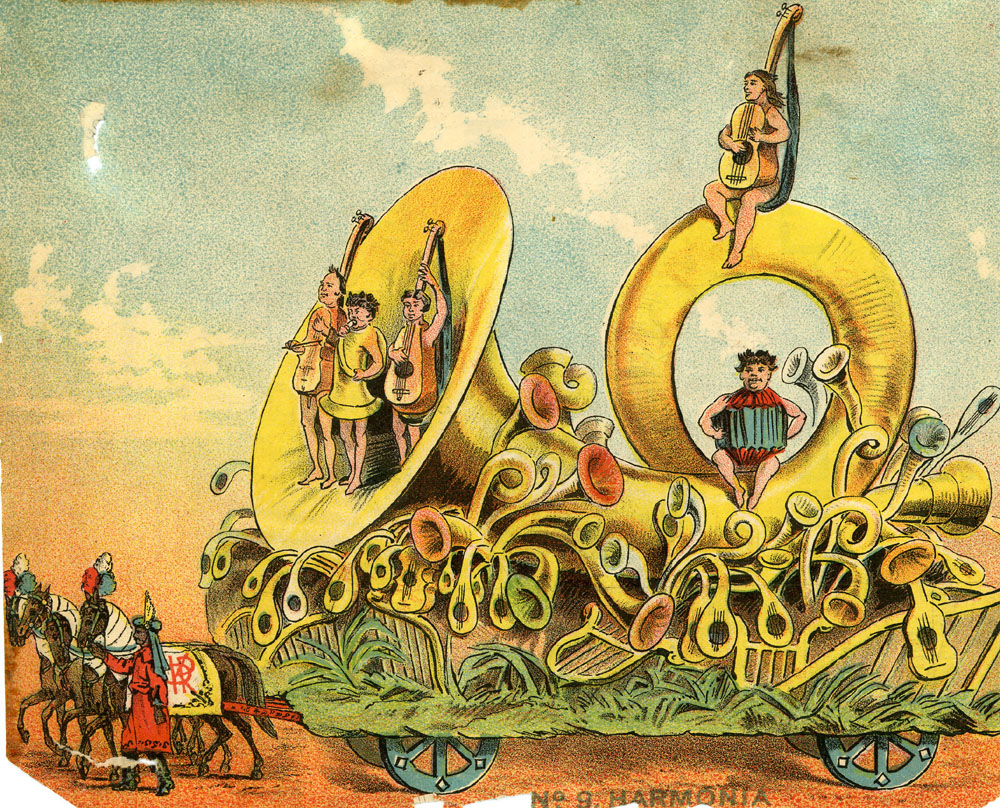 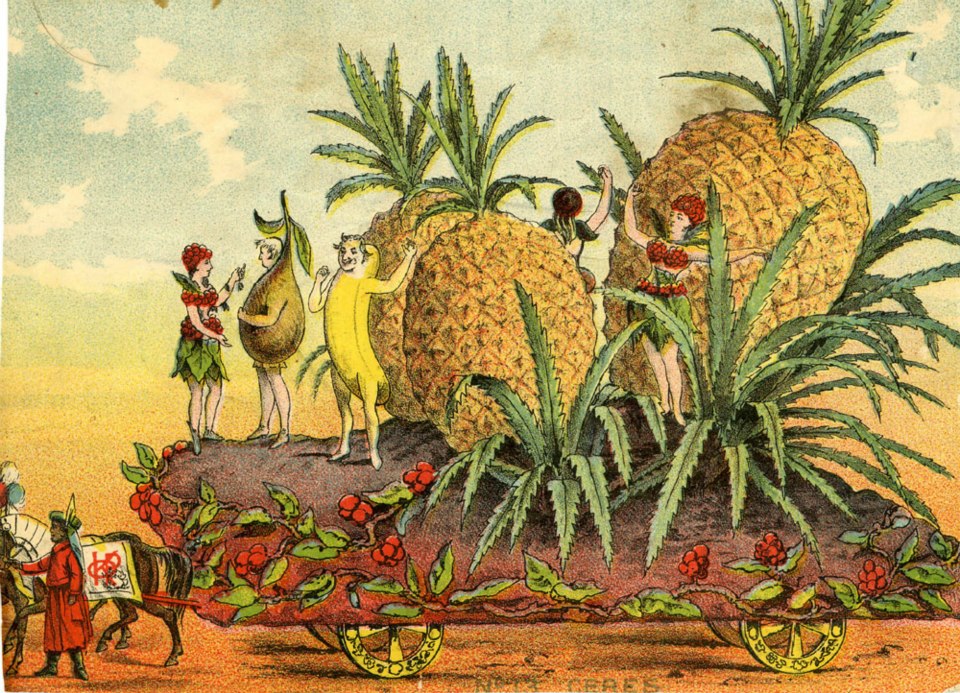 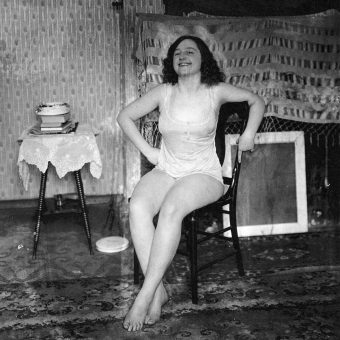