Charles Weever Cushman (1896 – 1972) was in New York City in July 1941 and September 1942. A keen amateur photographer and Indiana University alumnus, Cushman took approximately 14,500 Kodachrome colour slides from 1938 to 1969, during which time he extensively documented the United States as well as other countries. He took meticulous notes about each and every photograph, filling dozens of notebooks with details as he witnessed the world changing around him. Charles Cushman’s work is kept at the Indiana University Libraries. 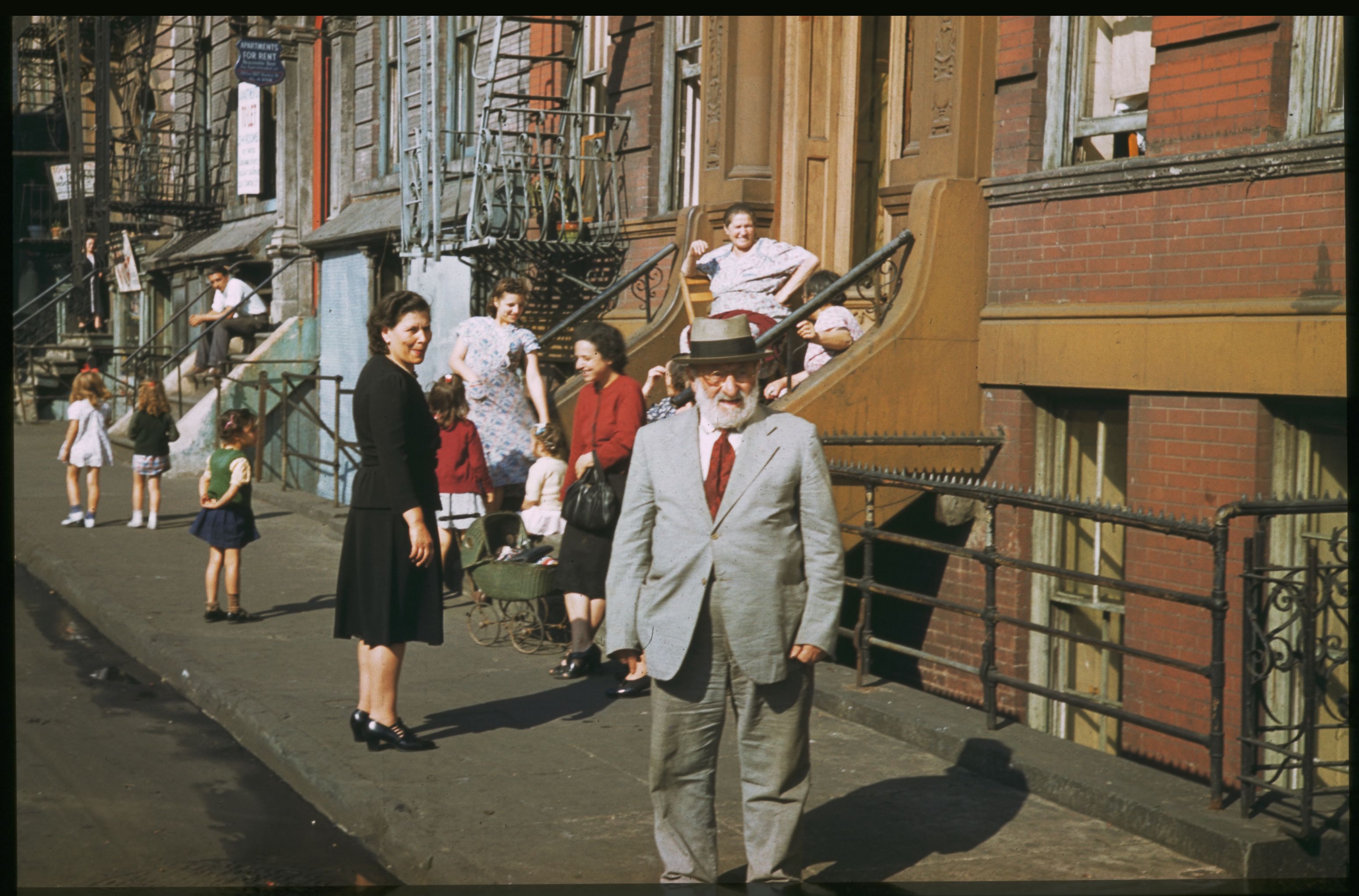 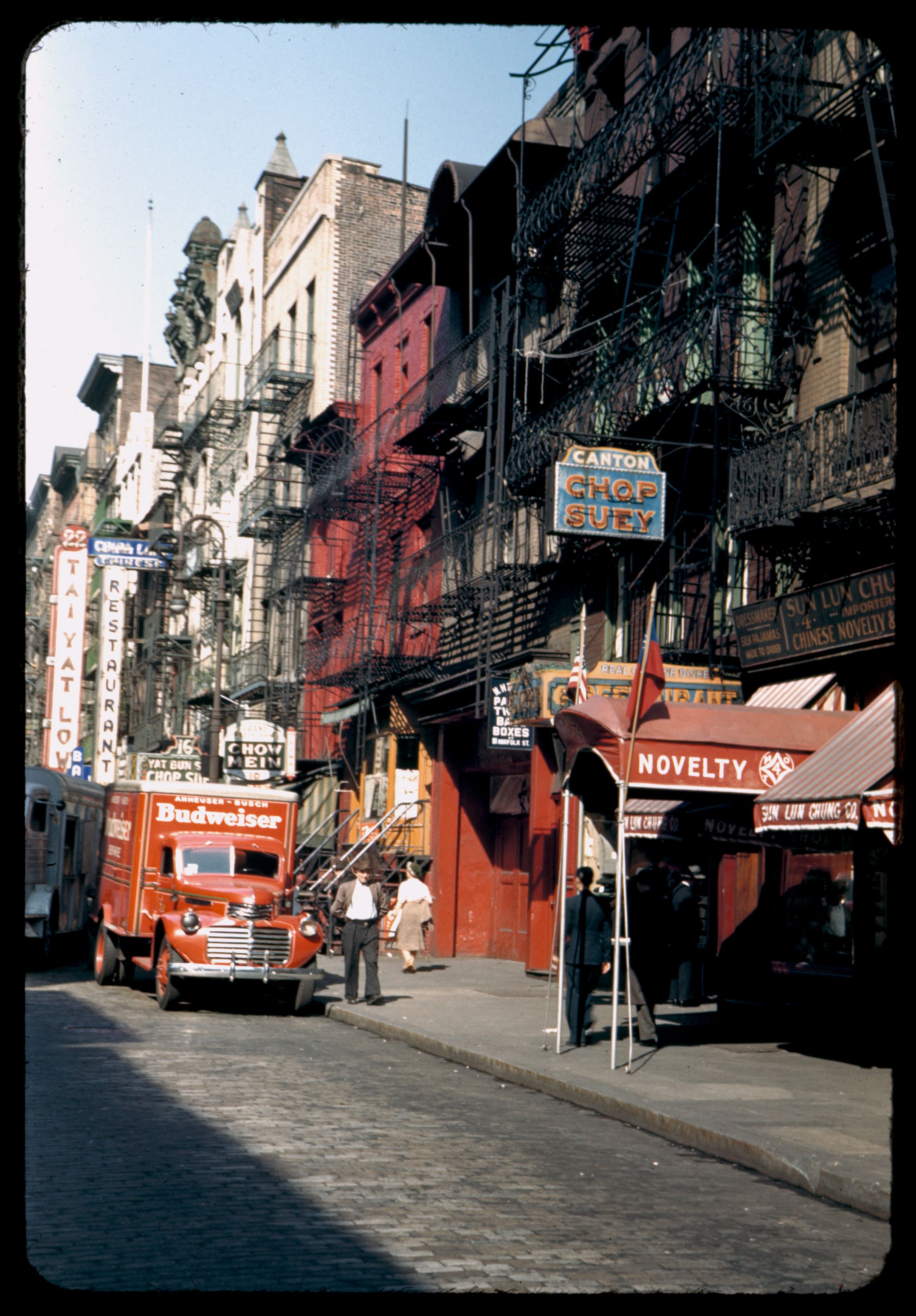 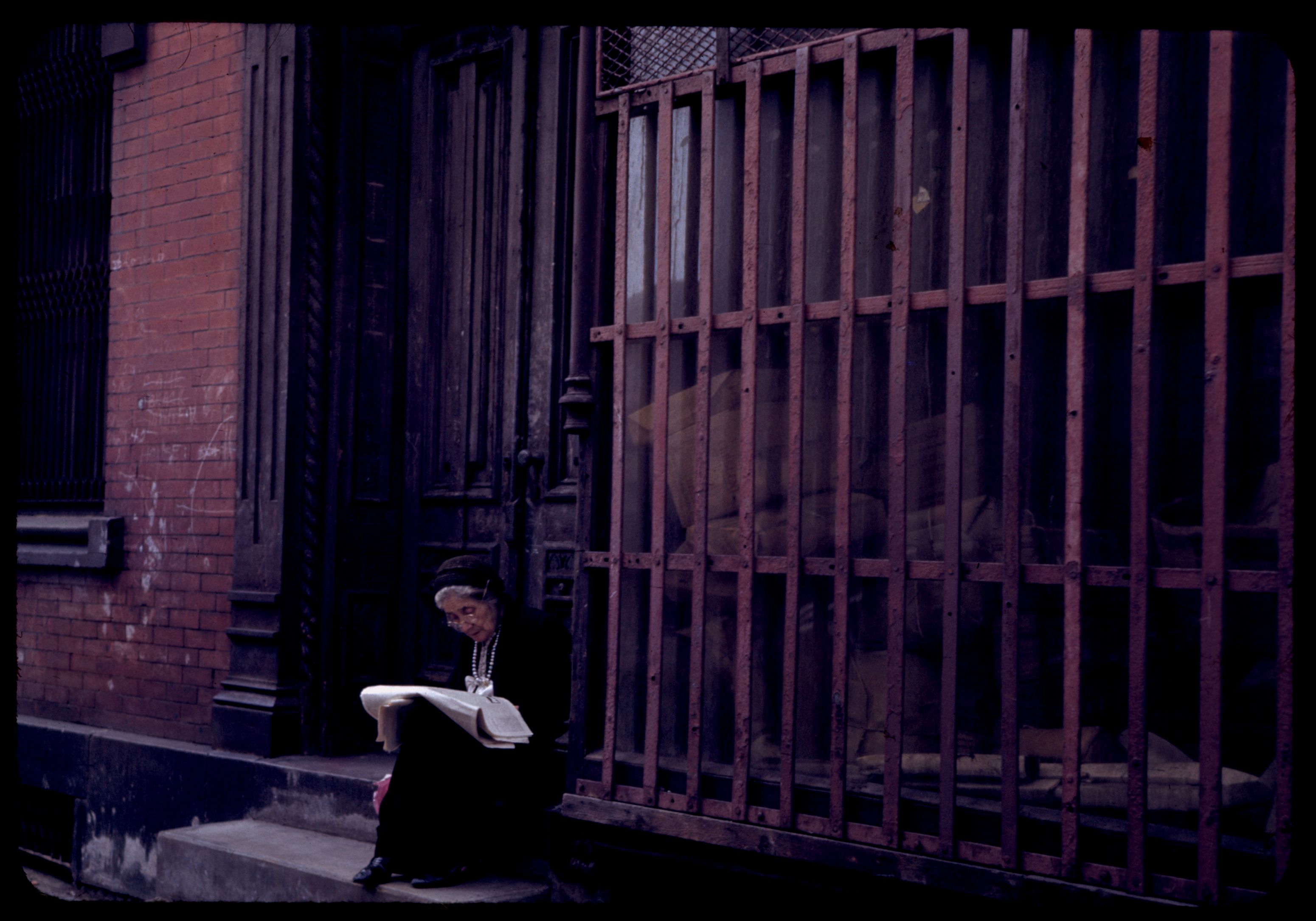 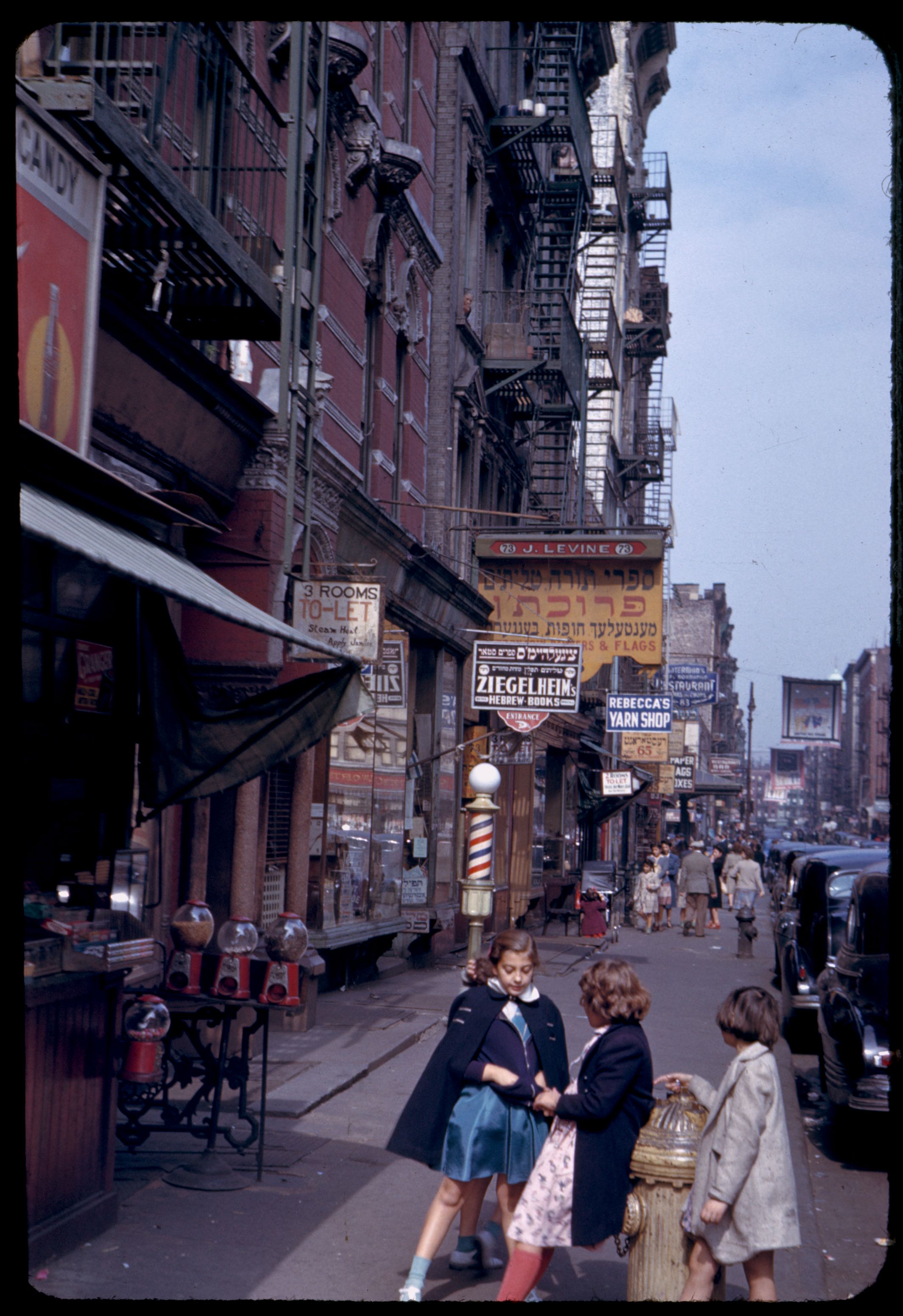 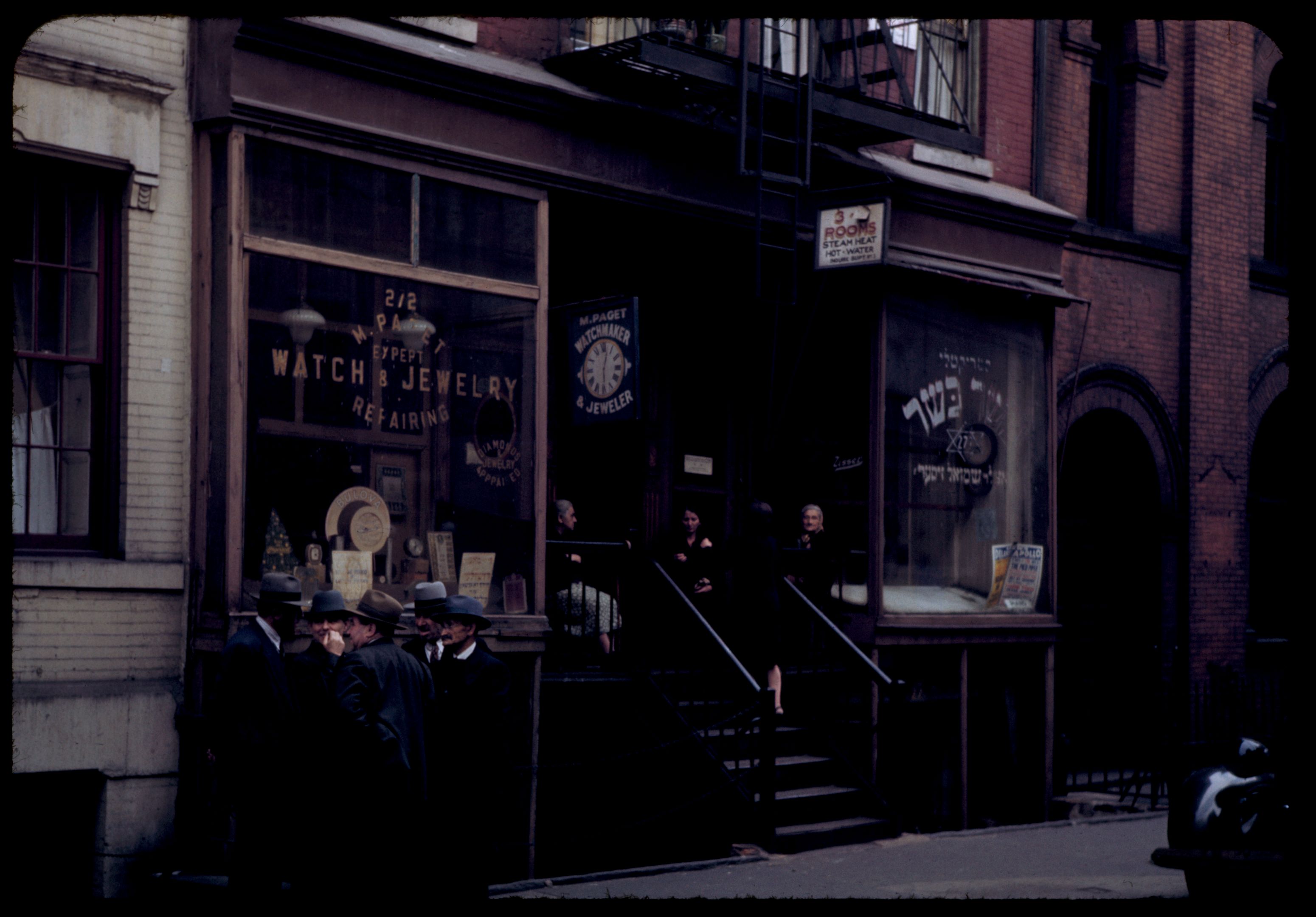 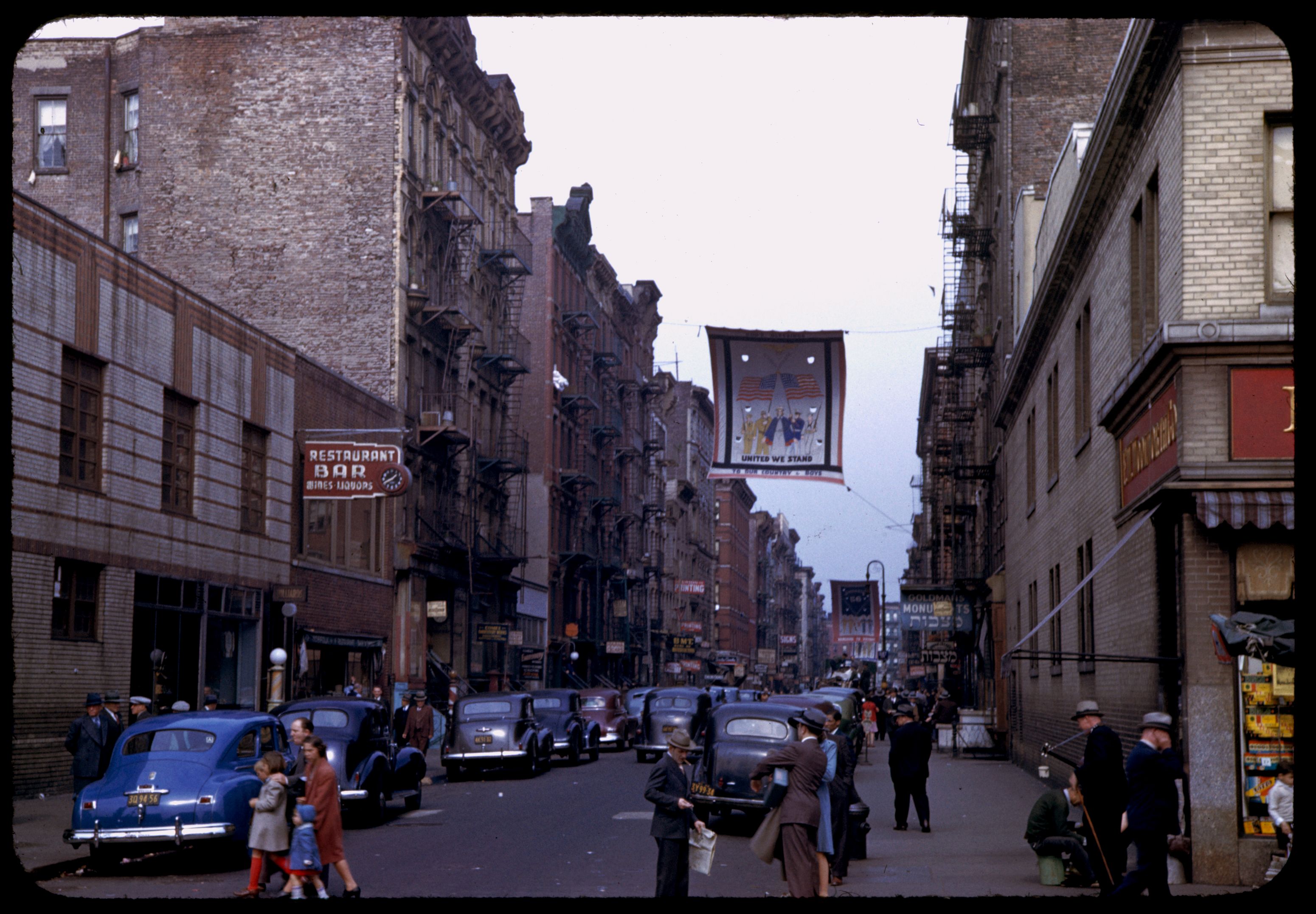 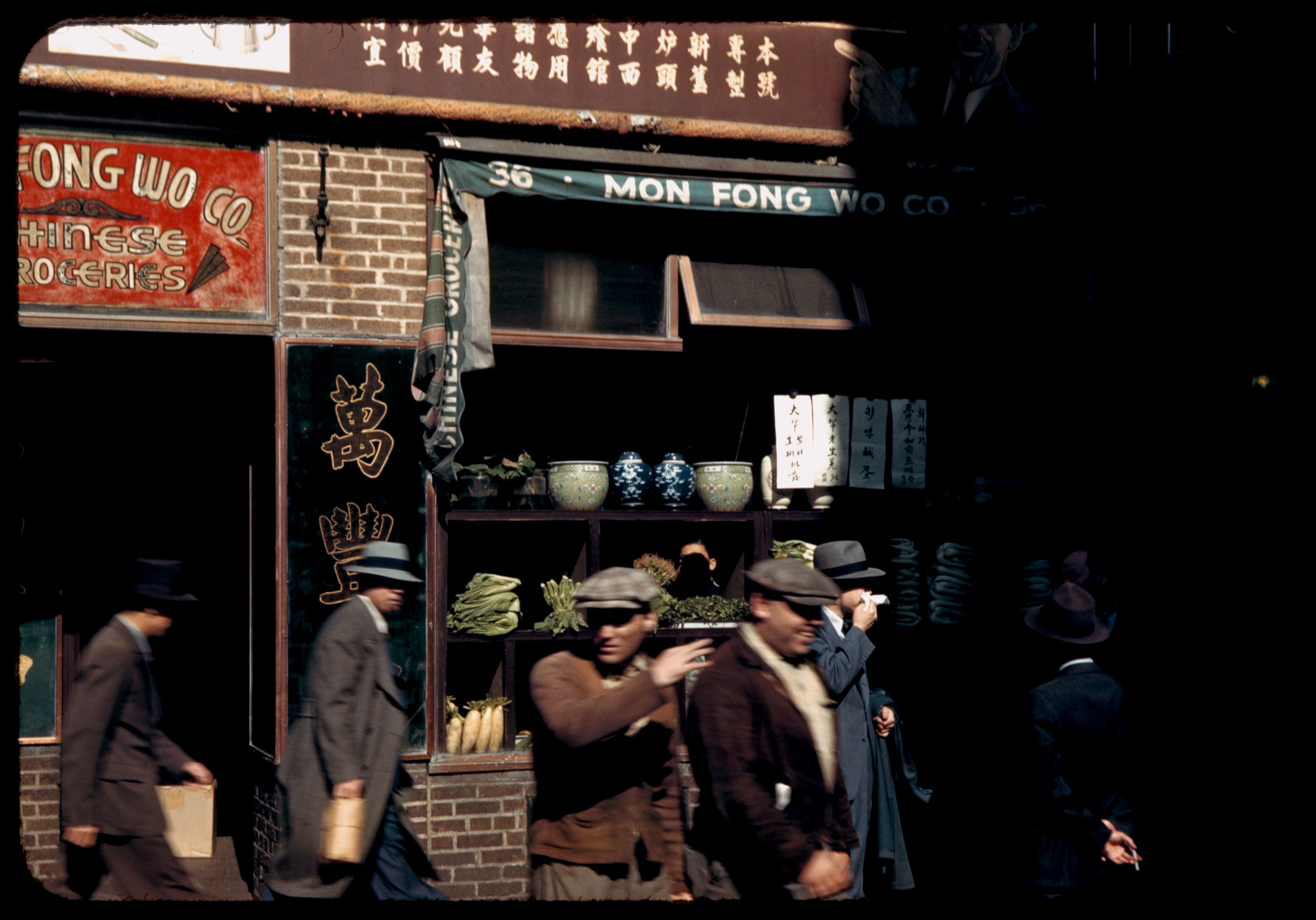 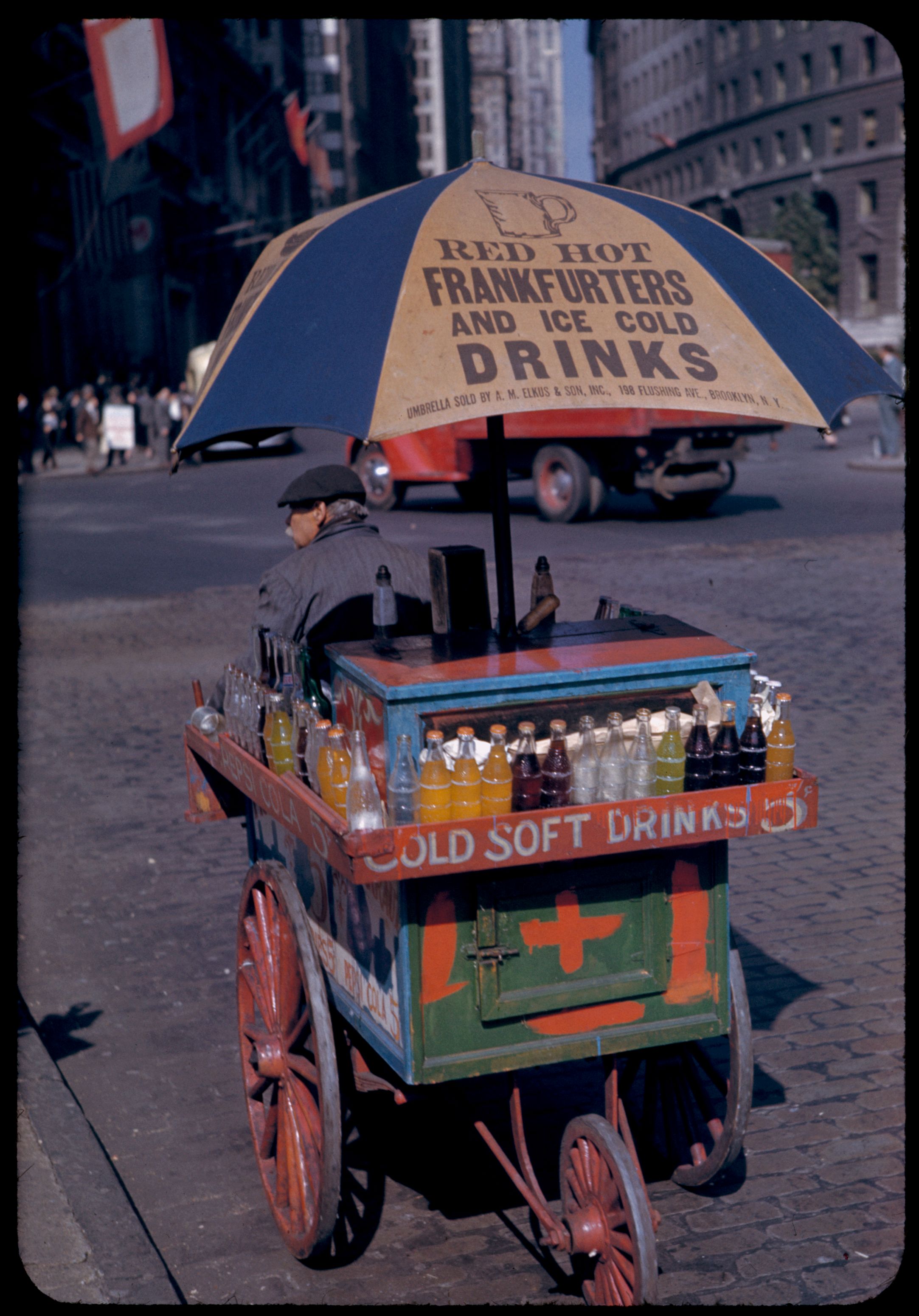 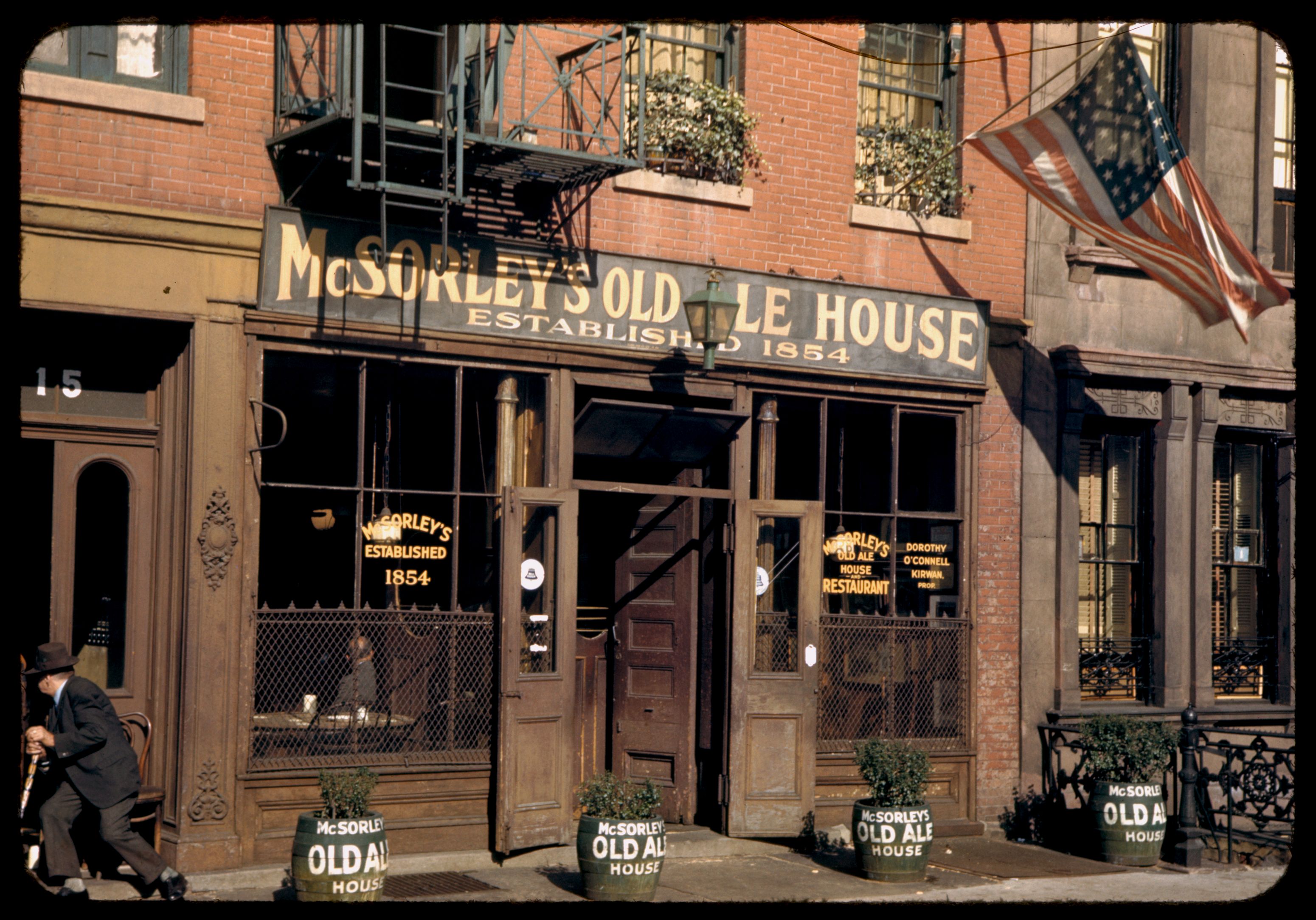 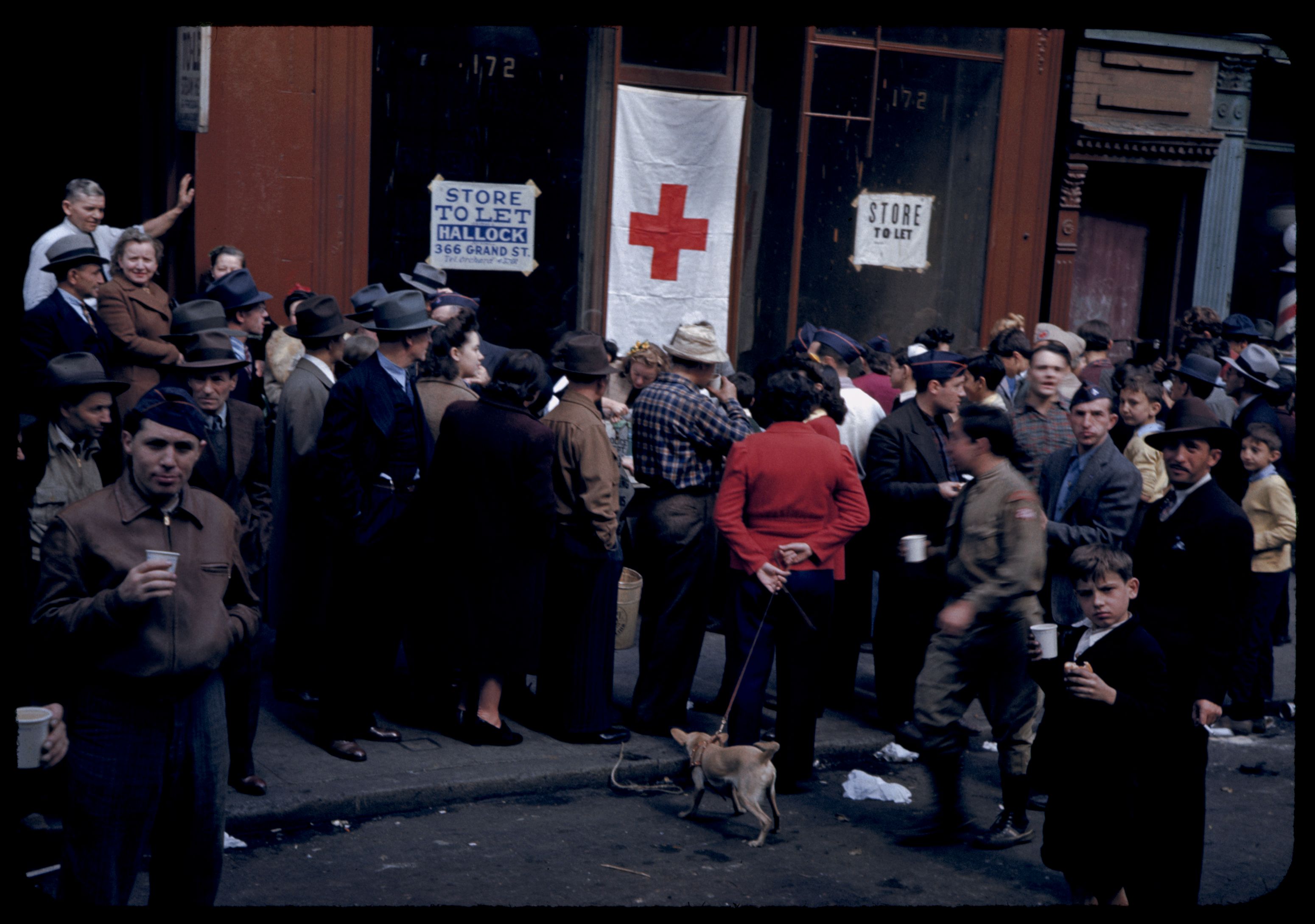 Crowd gathers during Salvage collection in lower East Side. 1942 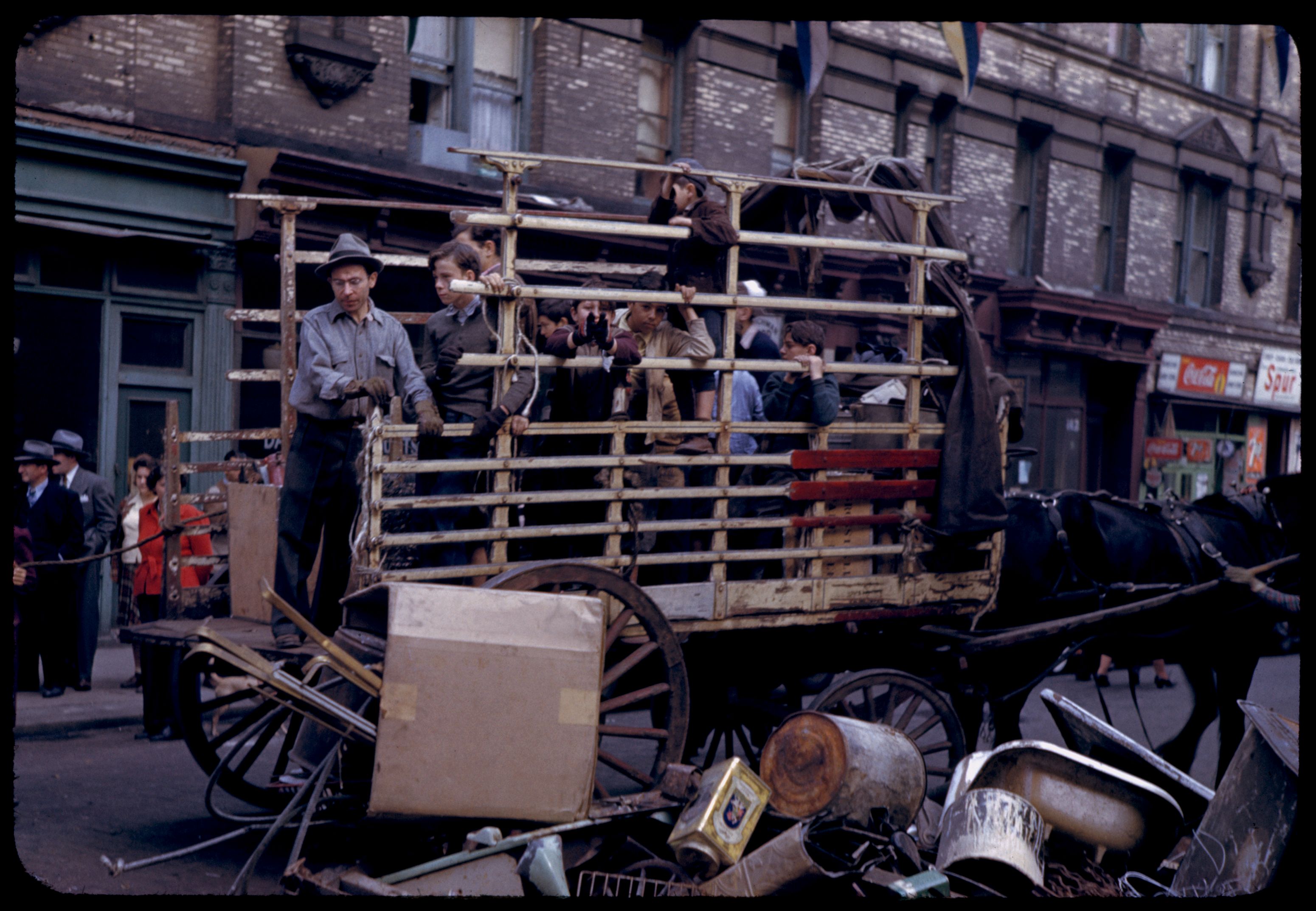 Collecting the salvage on lower East Side. 1942 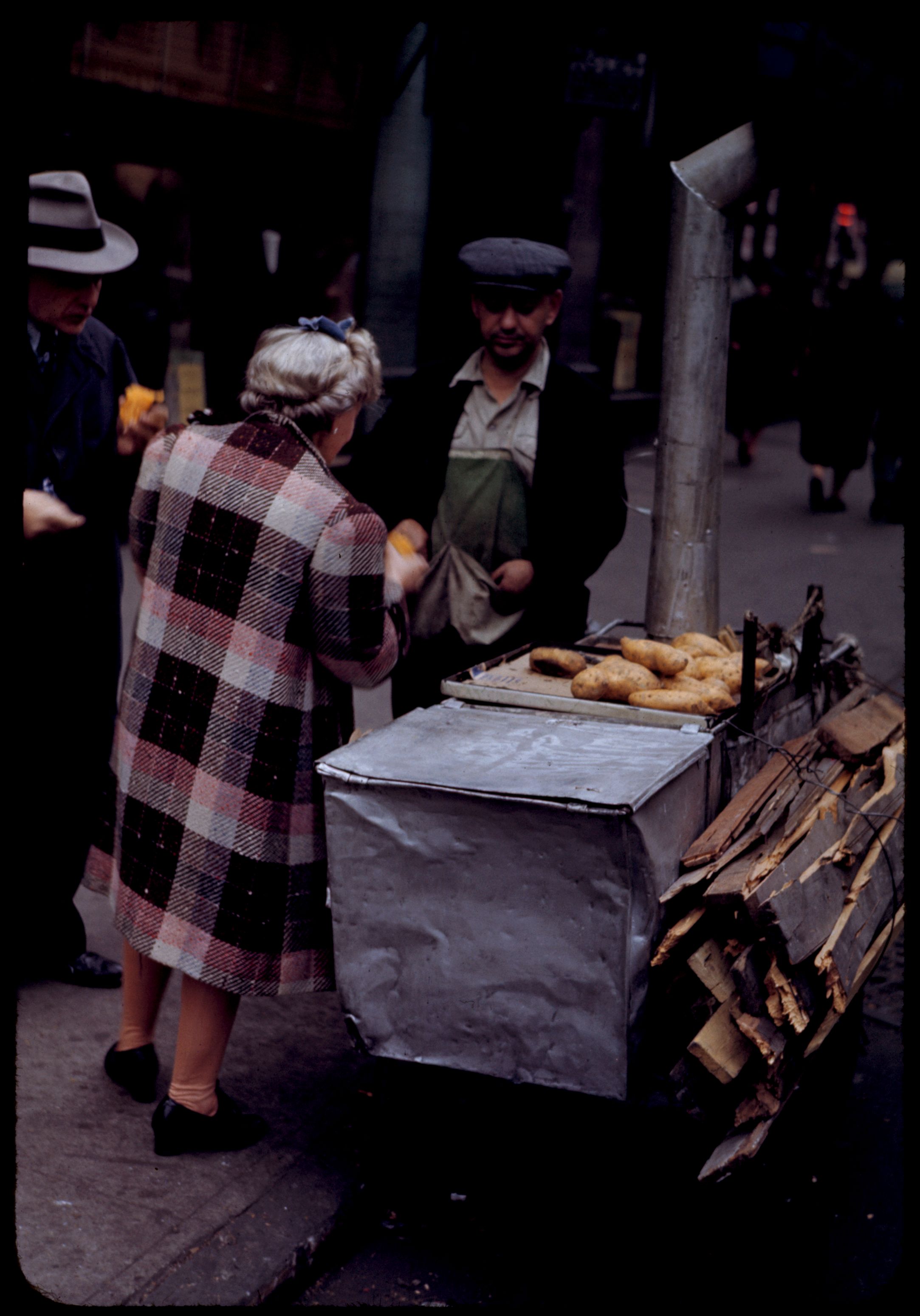 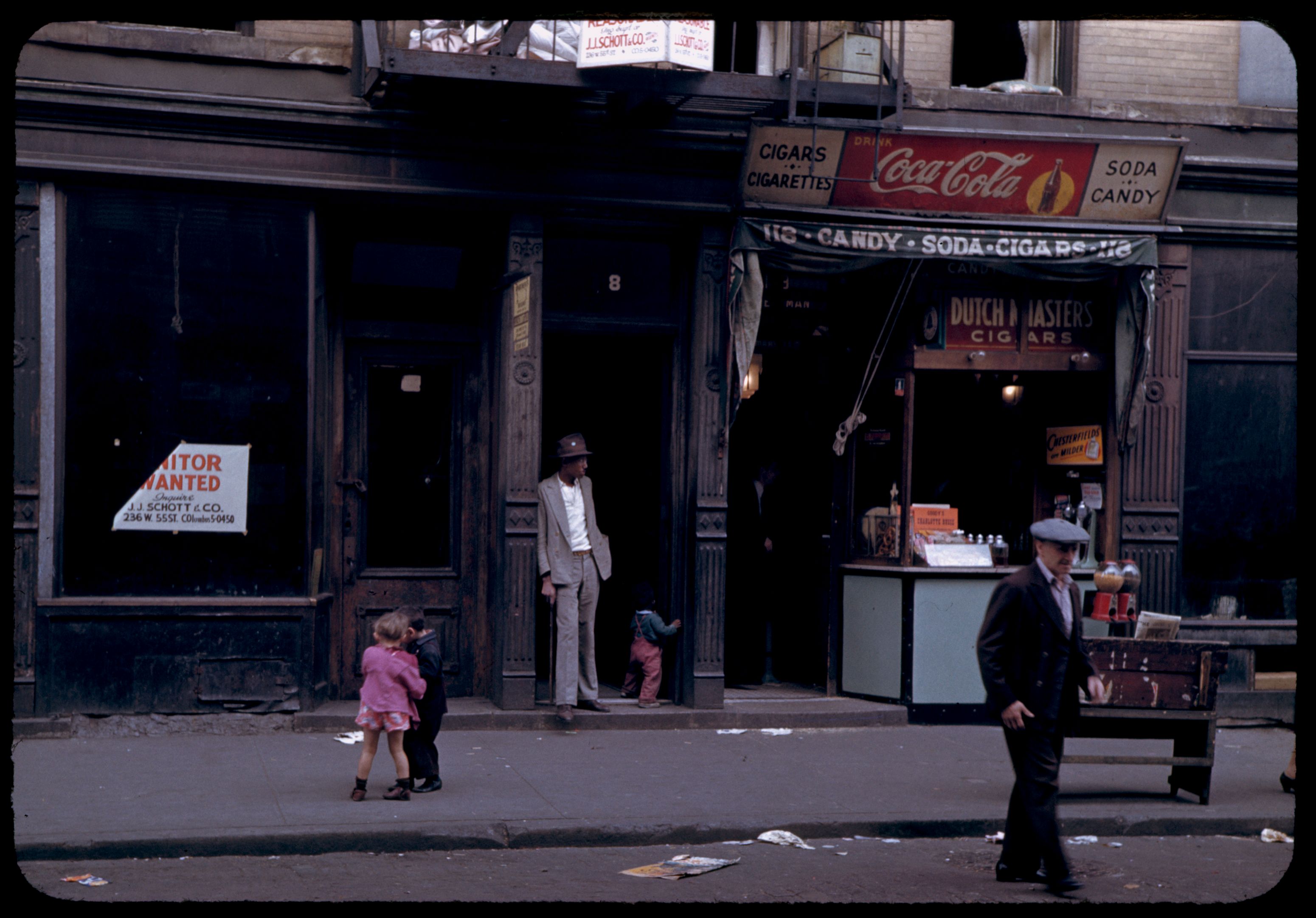 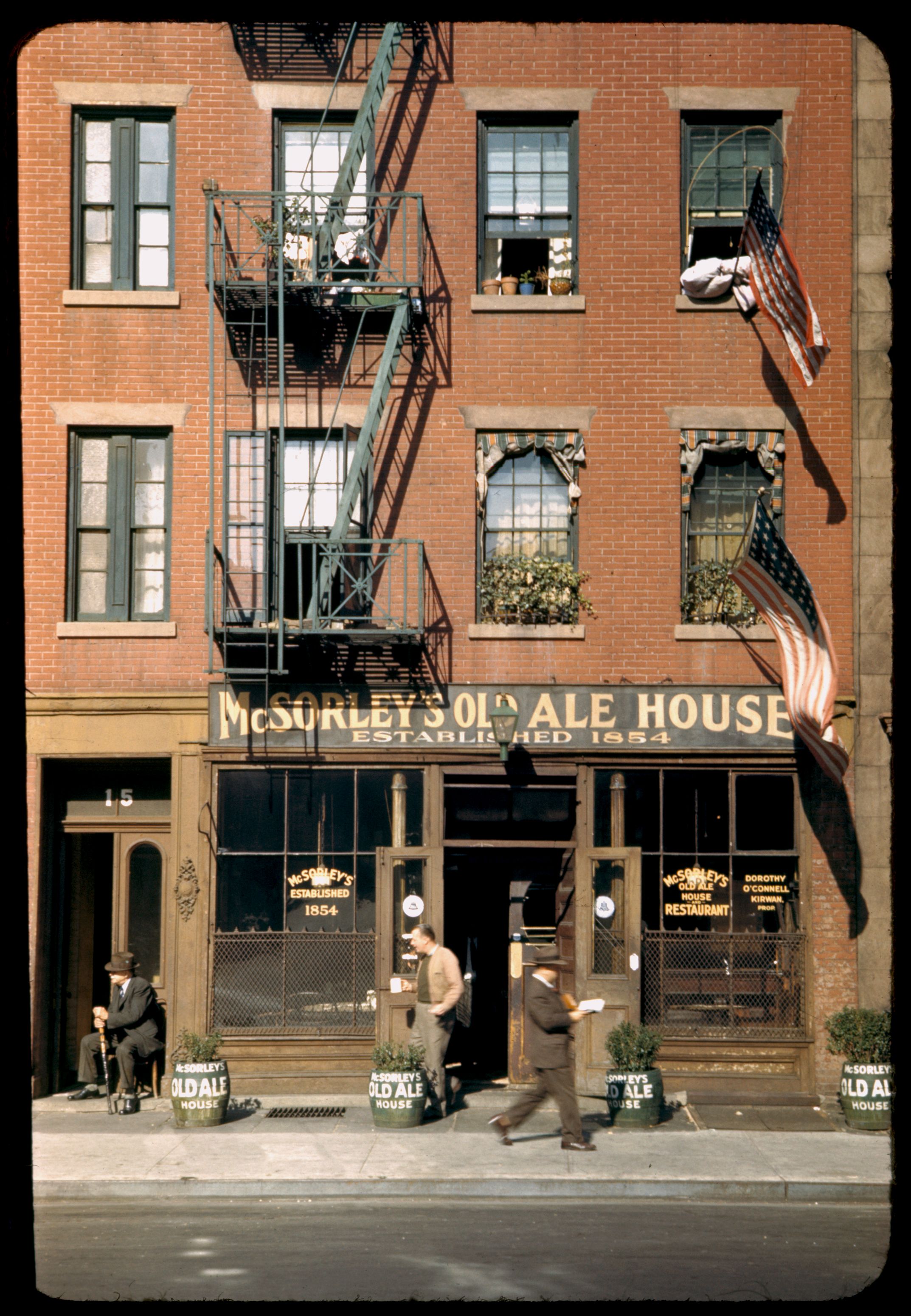 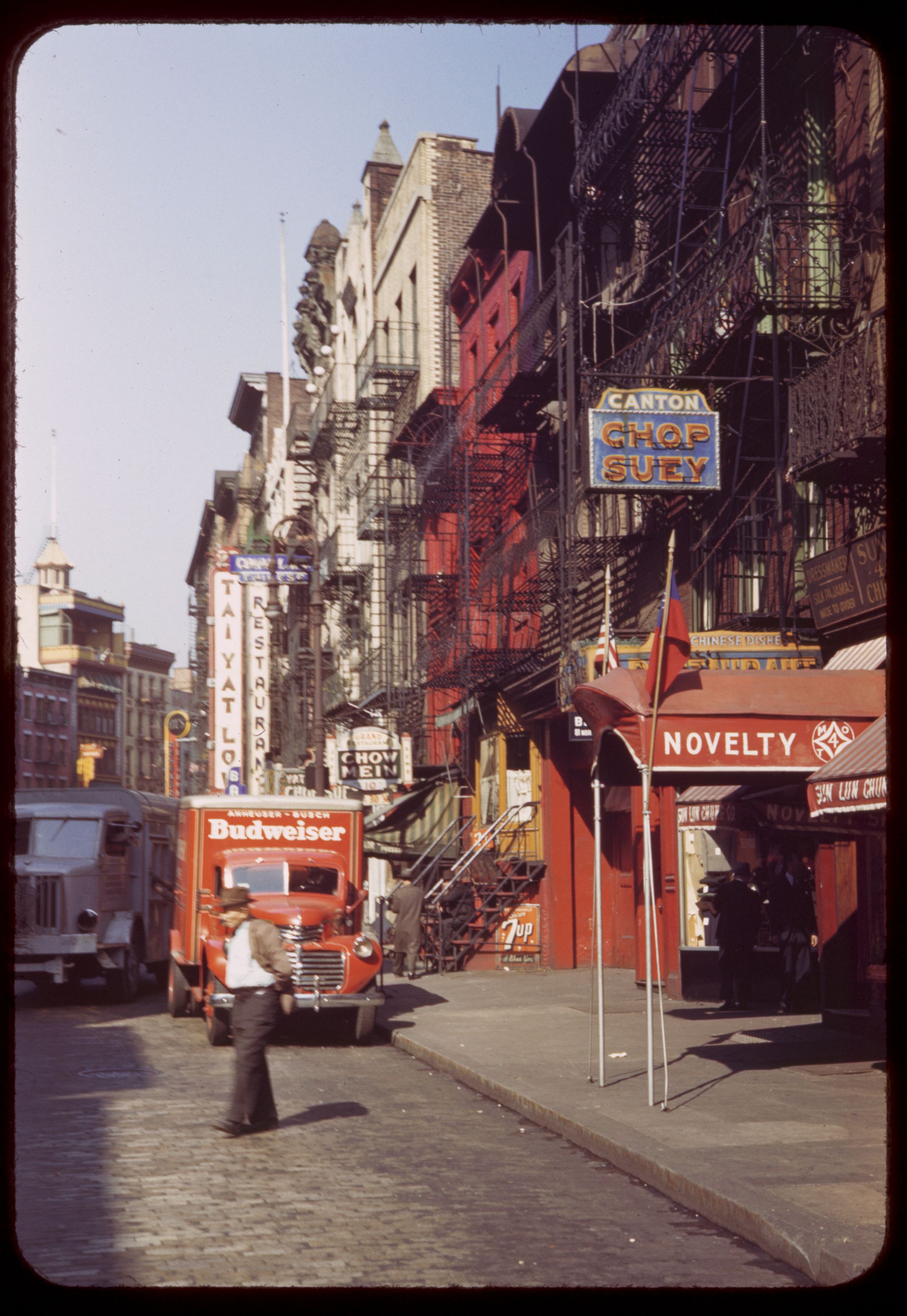 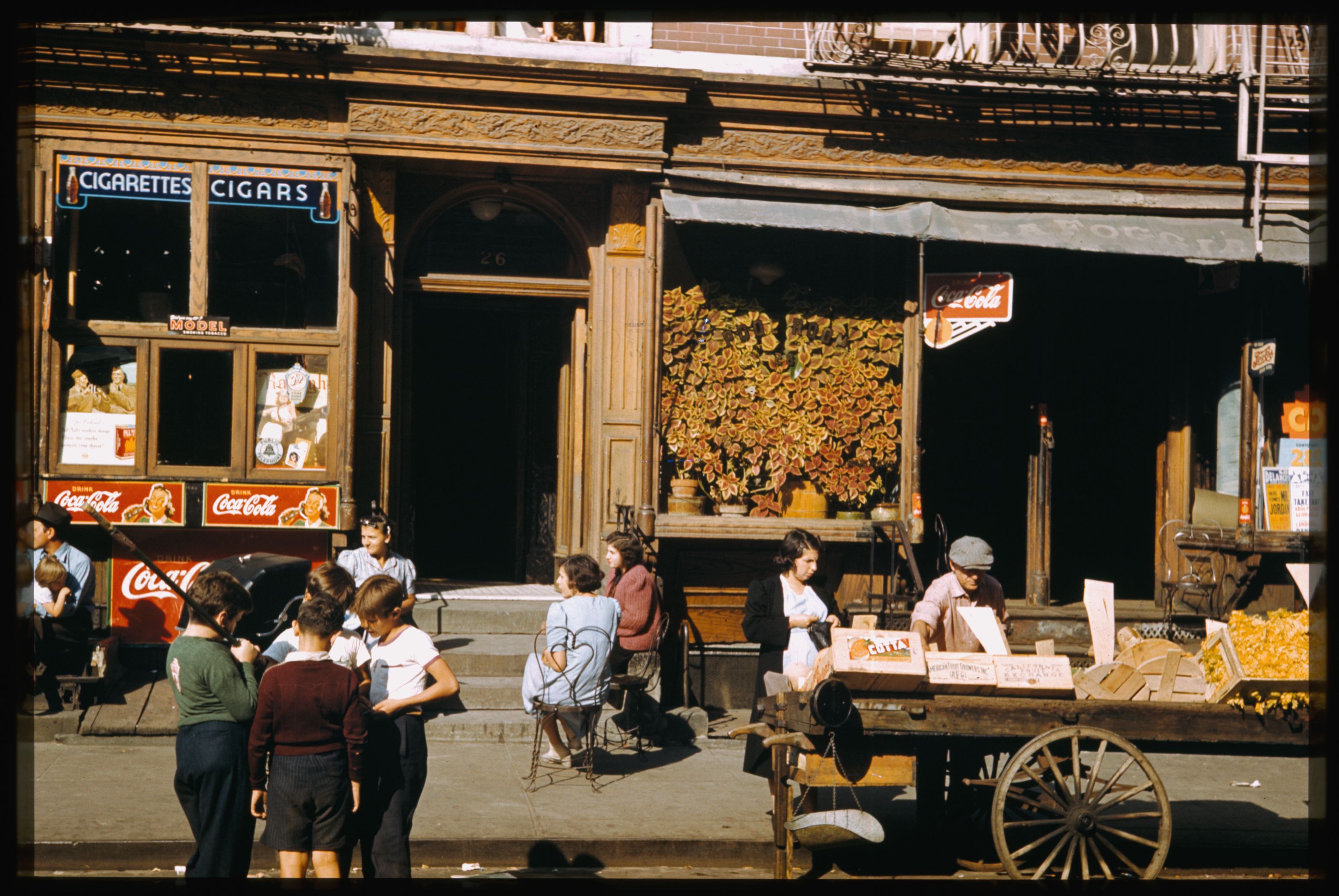 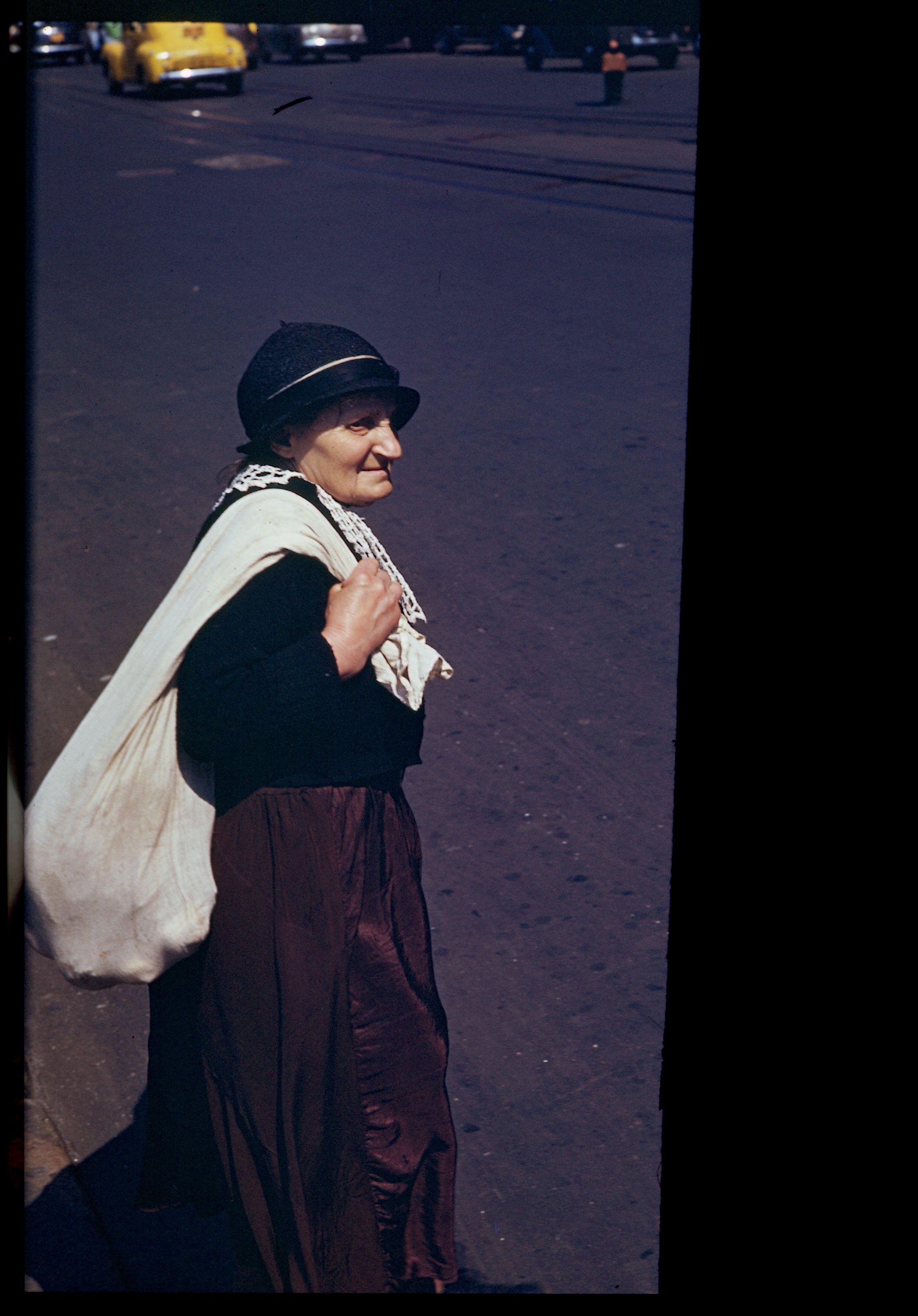 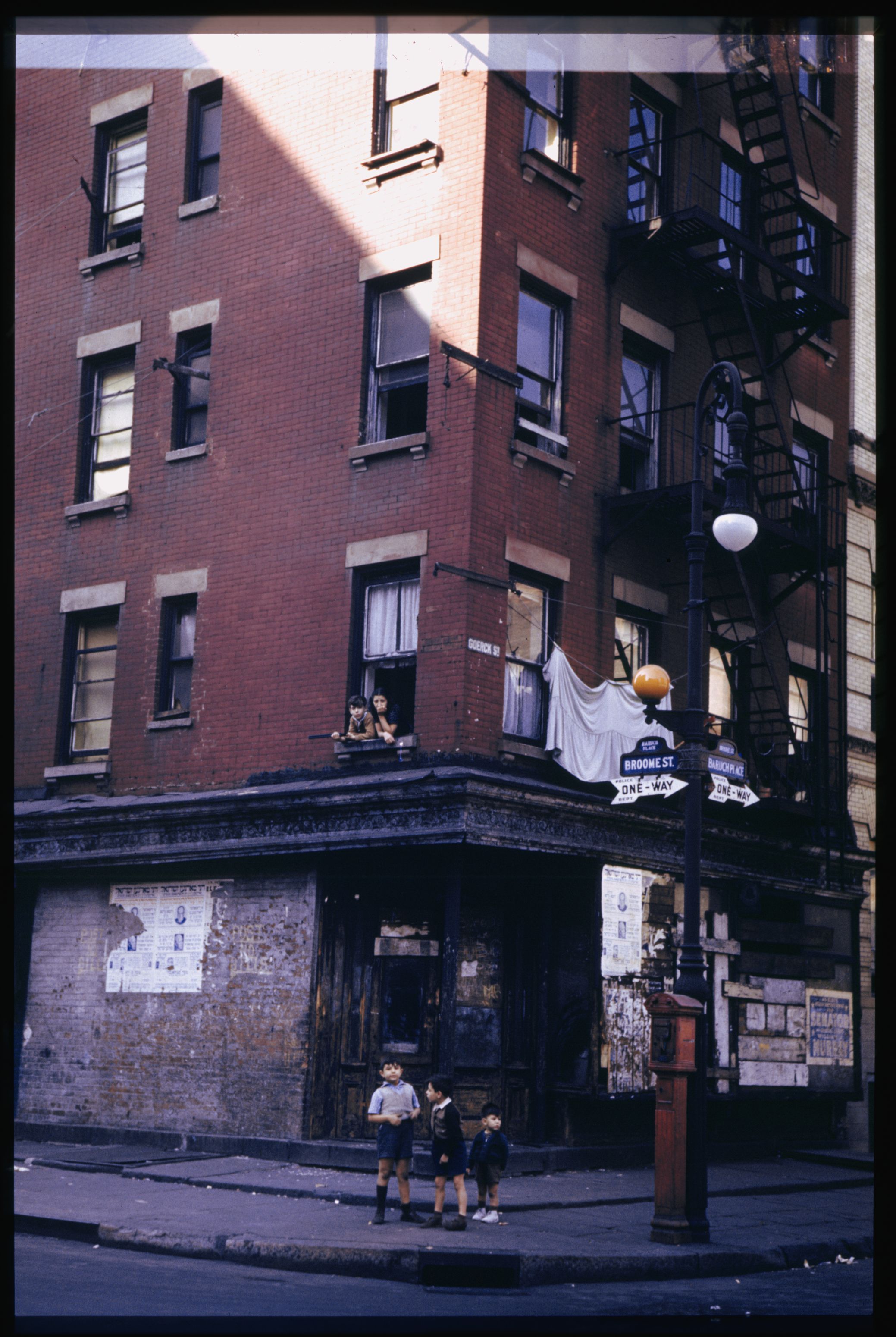 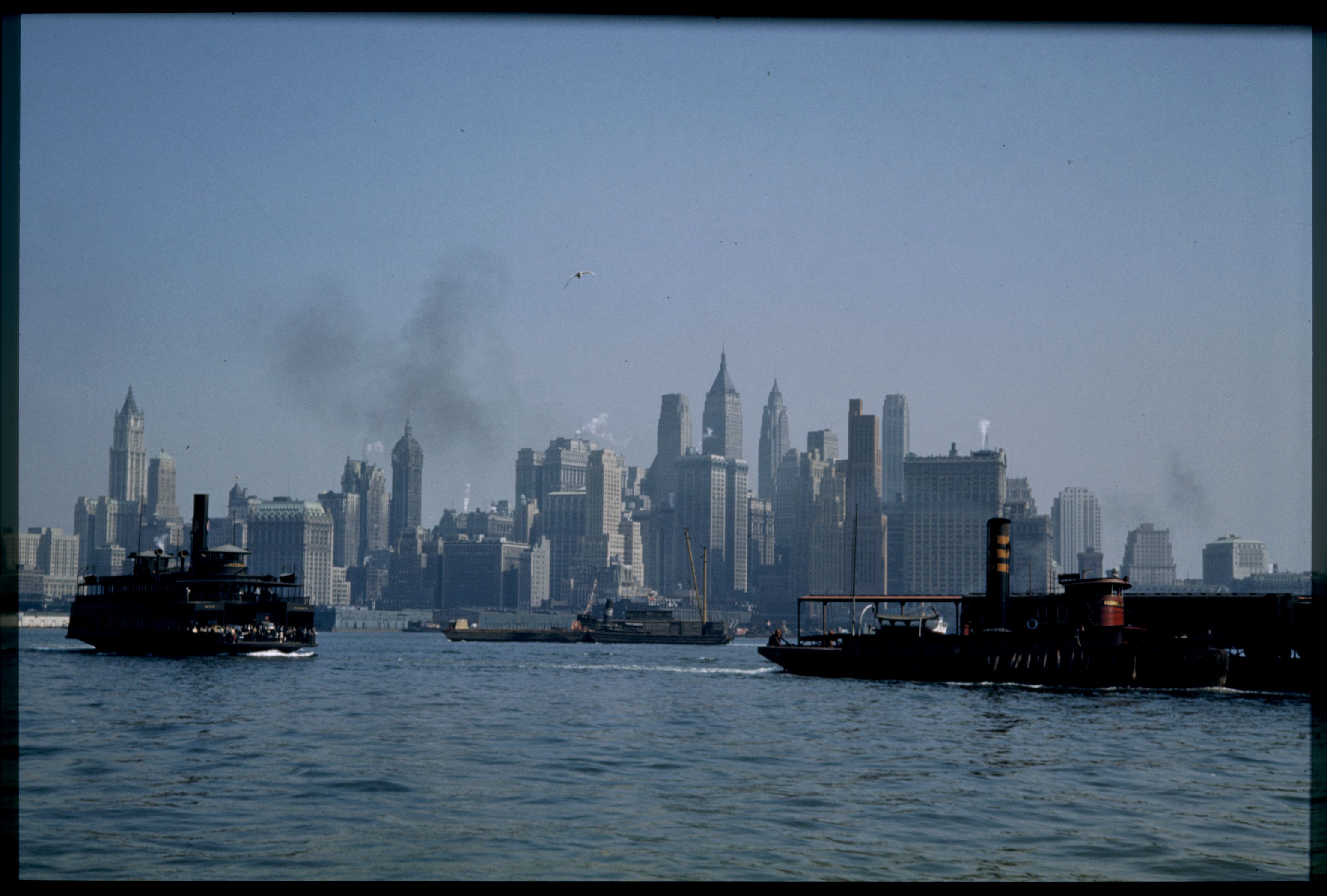 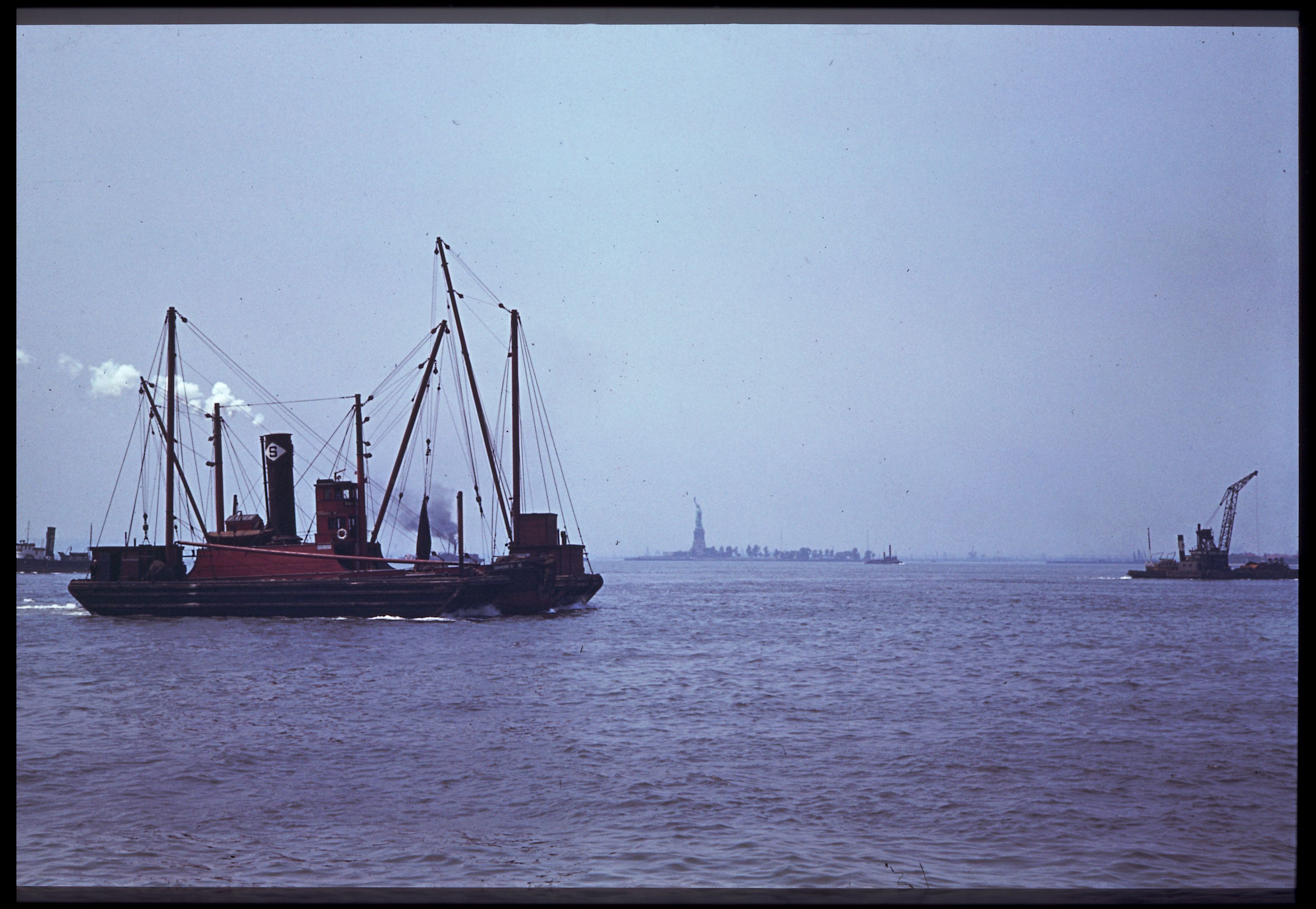 Statue of Liberty from the Battery New York harbor 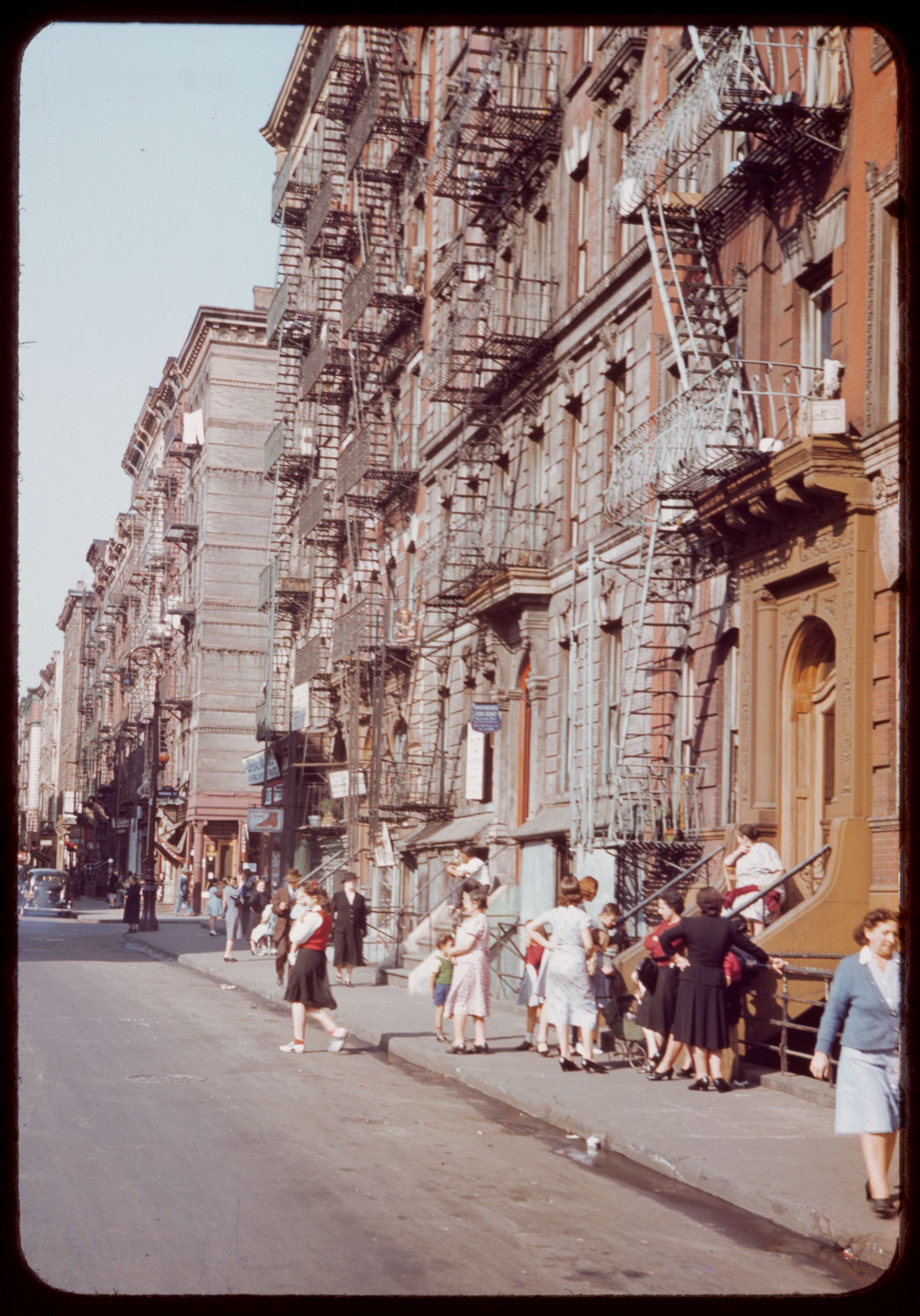 On New York’s lower East Side 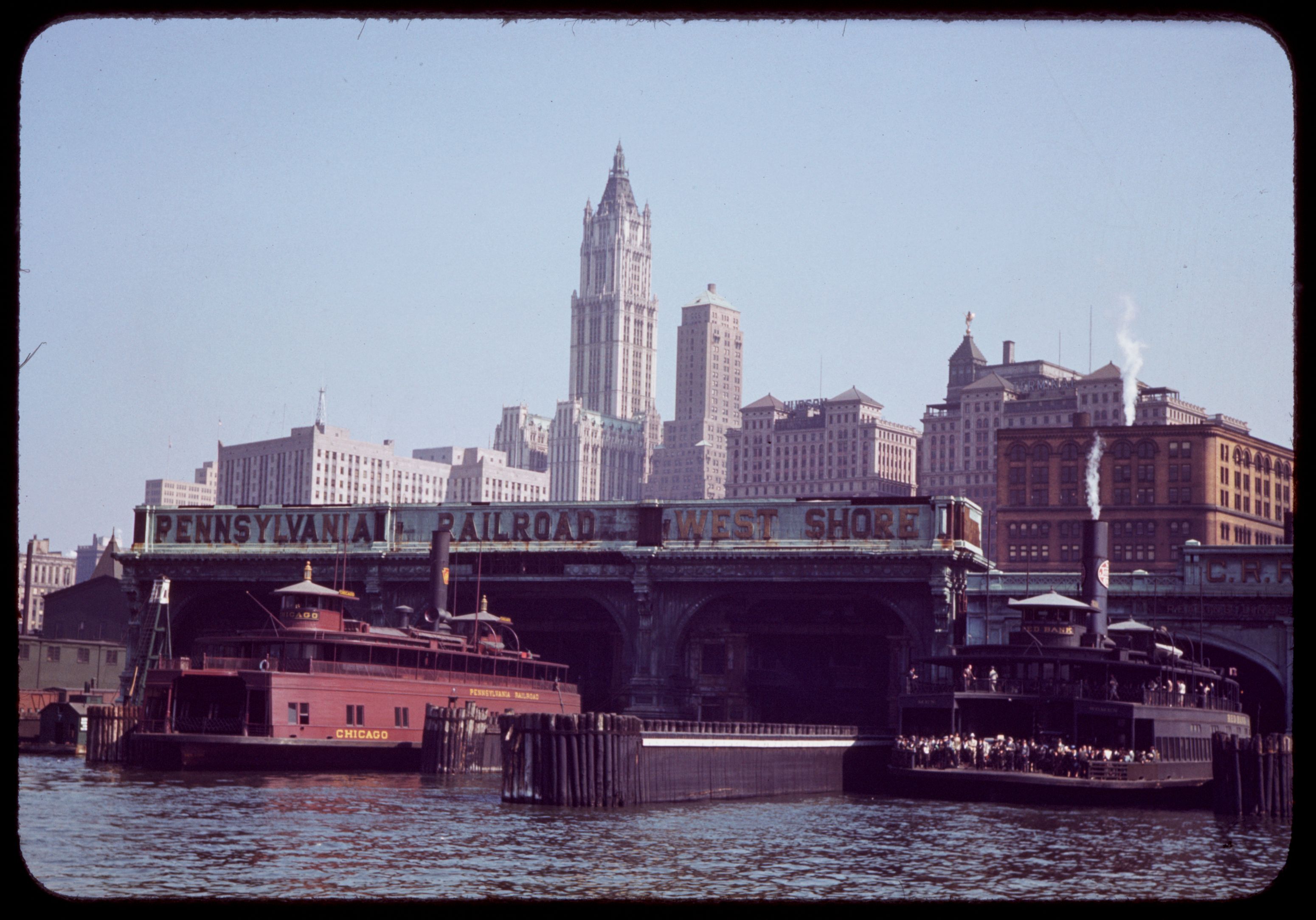 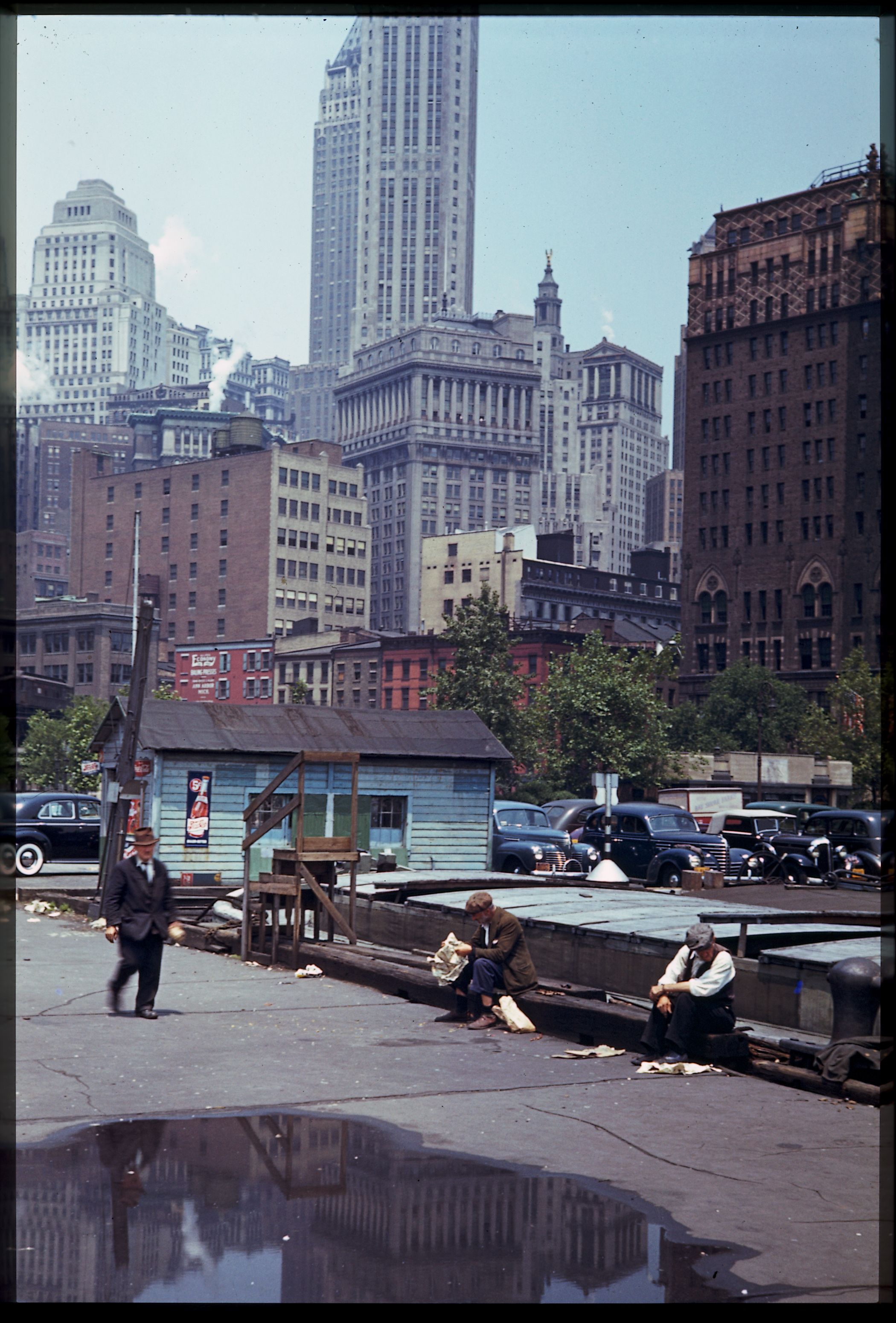 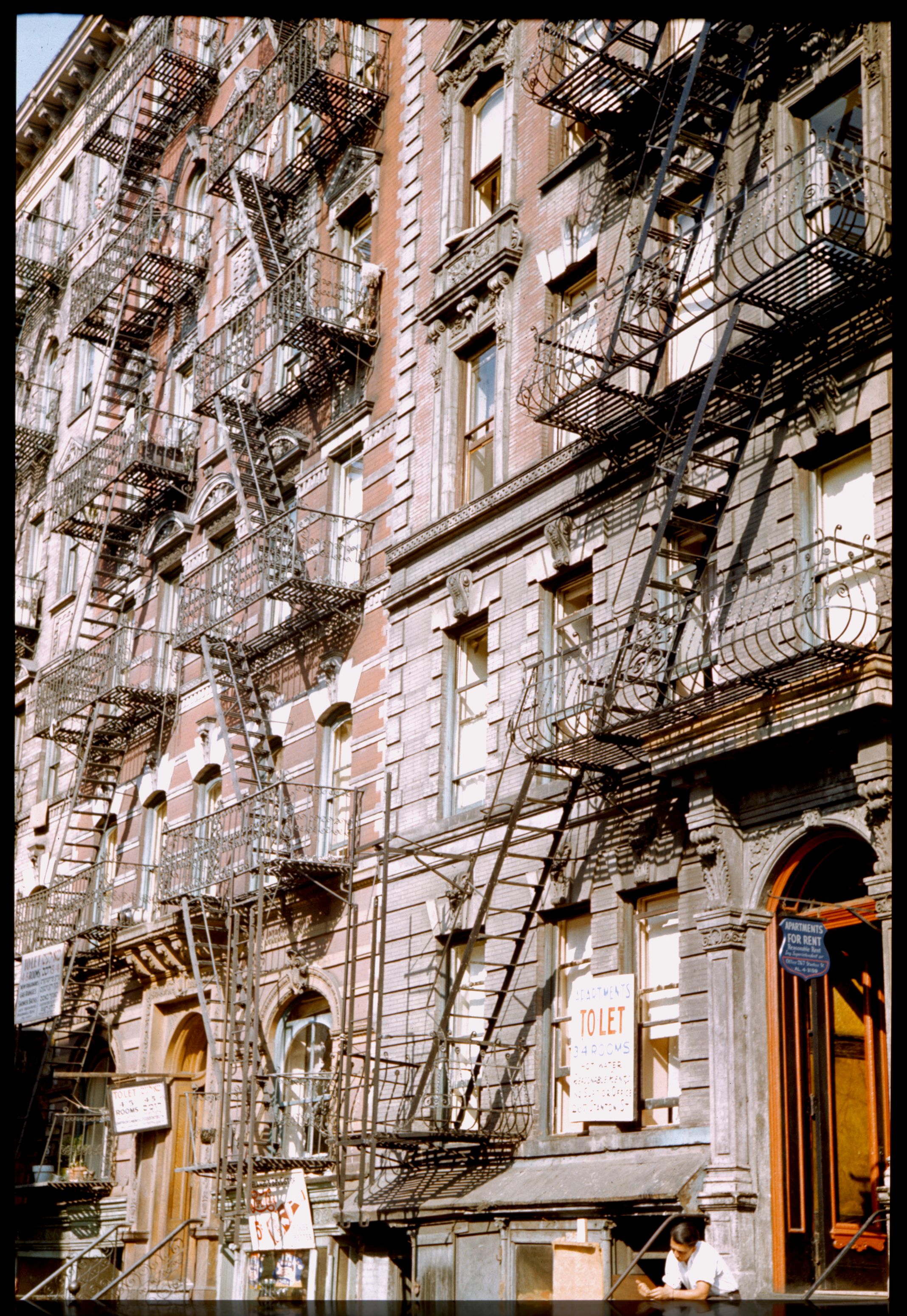