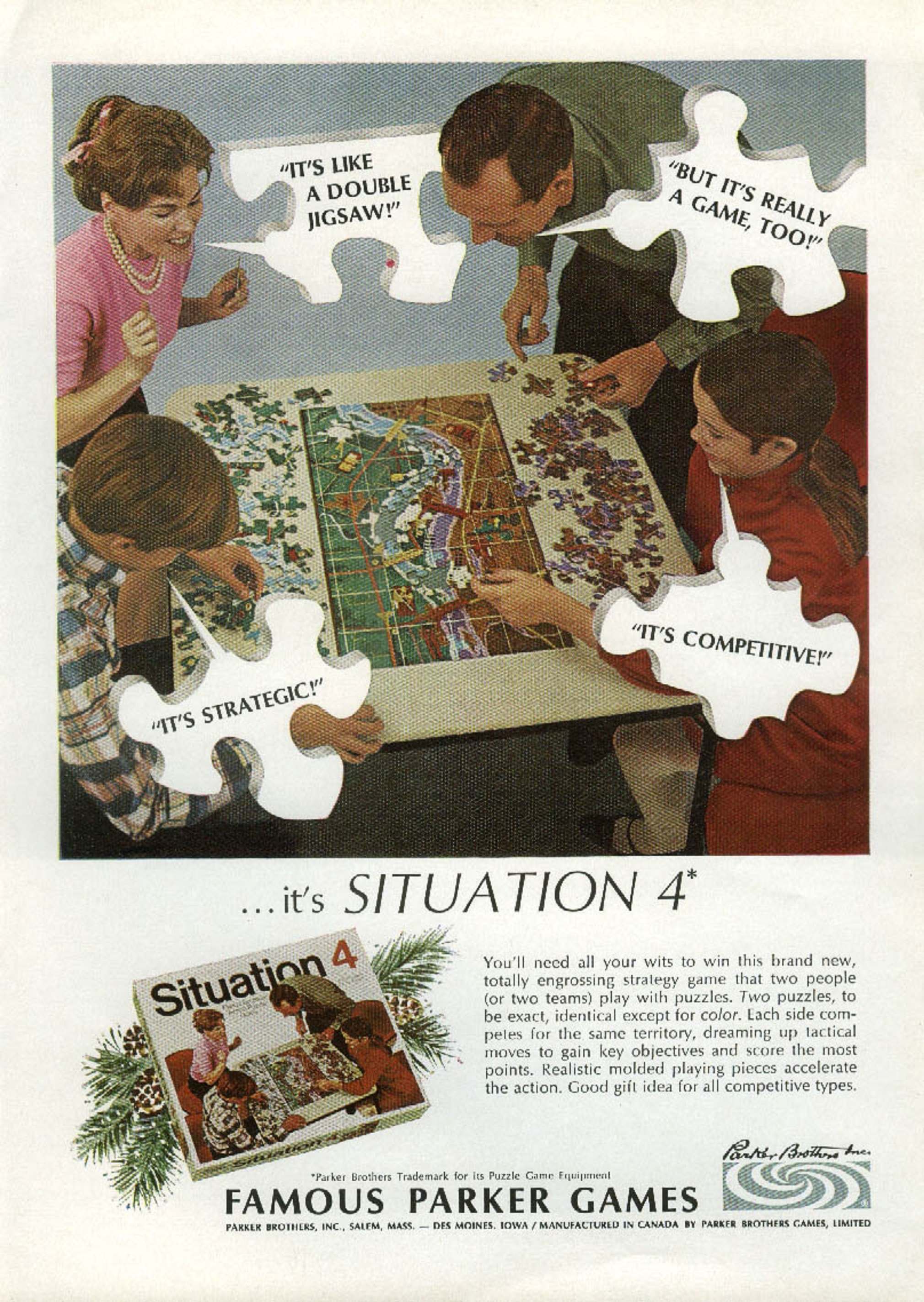 In the late 1960s, Parker Brothers — manufacturers of Sorry!, Ouija and other great board games of the era — devised a fiendish new game series, one that was part puzzle, part tense competition.

So how did one play the Situation games?

Well, “each side competes for the same territory, dreaming up tactical moves to gain key objectives and score the most points.” 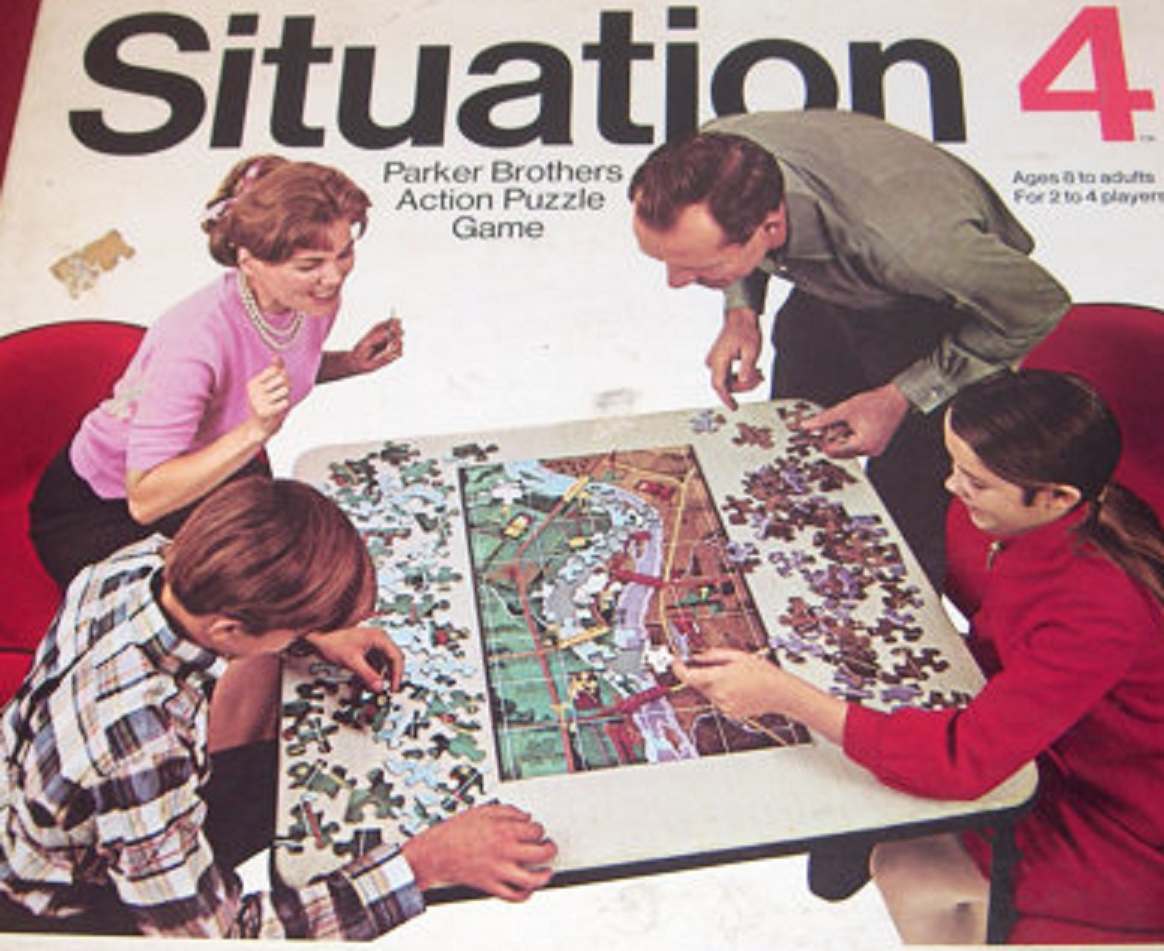 Situation 4 was first out the gate in 1968, and its competitive puzzle or map was of a World War II battle. The theater for combat and competition, I believe, was Europe.

As described on the box:

“Here is a game and a puzzle combined. Each player of team has a complete puzzle, identical except for color.  Both puzzles are played on the same area.  The object is to cover more areas than your opponents and score more points.  Special pieces! Special plays! Watch the crowd gather and join in the fun.”

Situation 7 depicts two planet home bases, and a solar system up for grabs. The idea is for one team to win the “space race” and to conquer as much of the solar system as possible. You not only want to claim planets (and the sun) for points, but also man-made satellite, rockets, and astronaut installations. 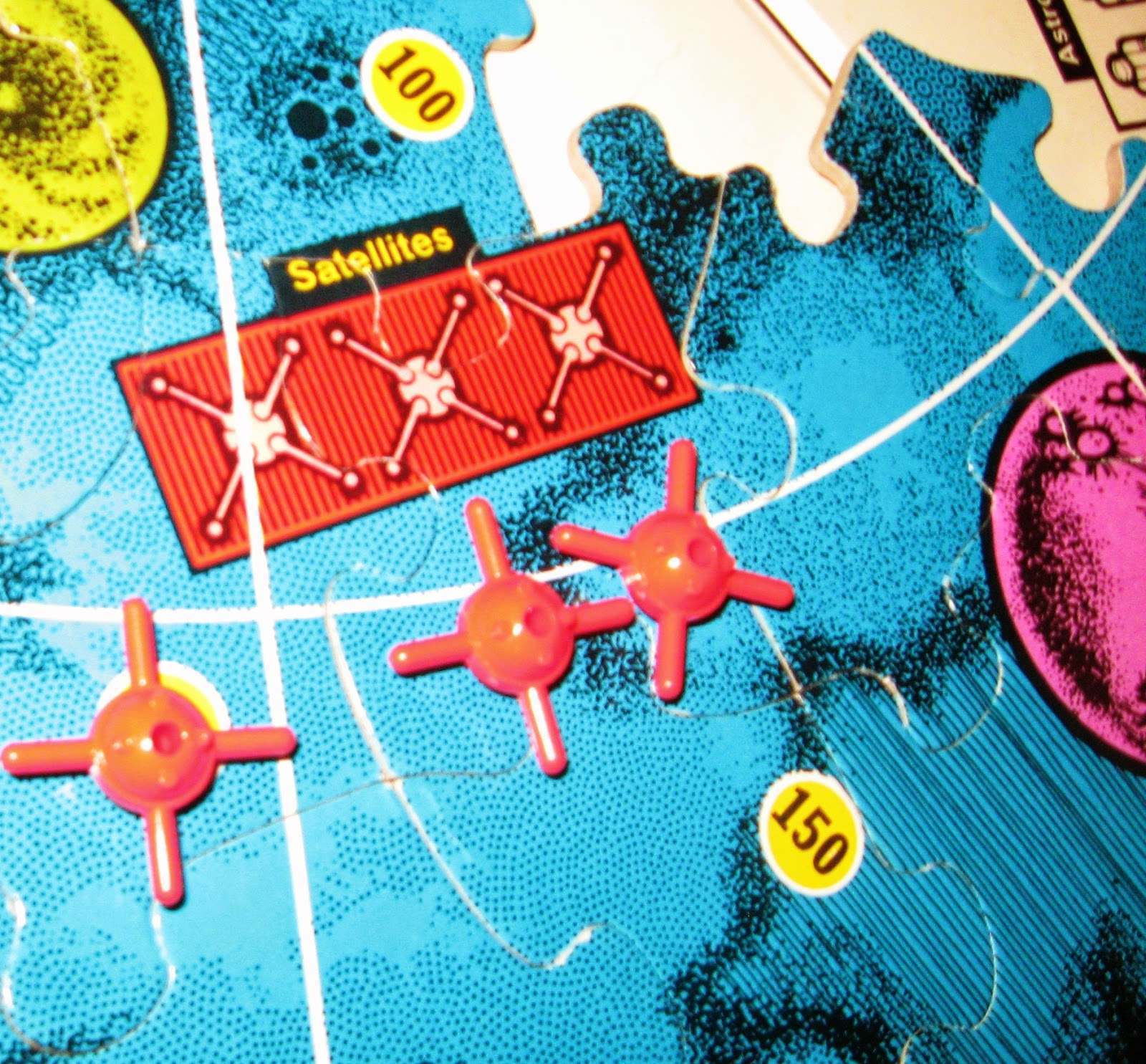 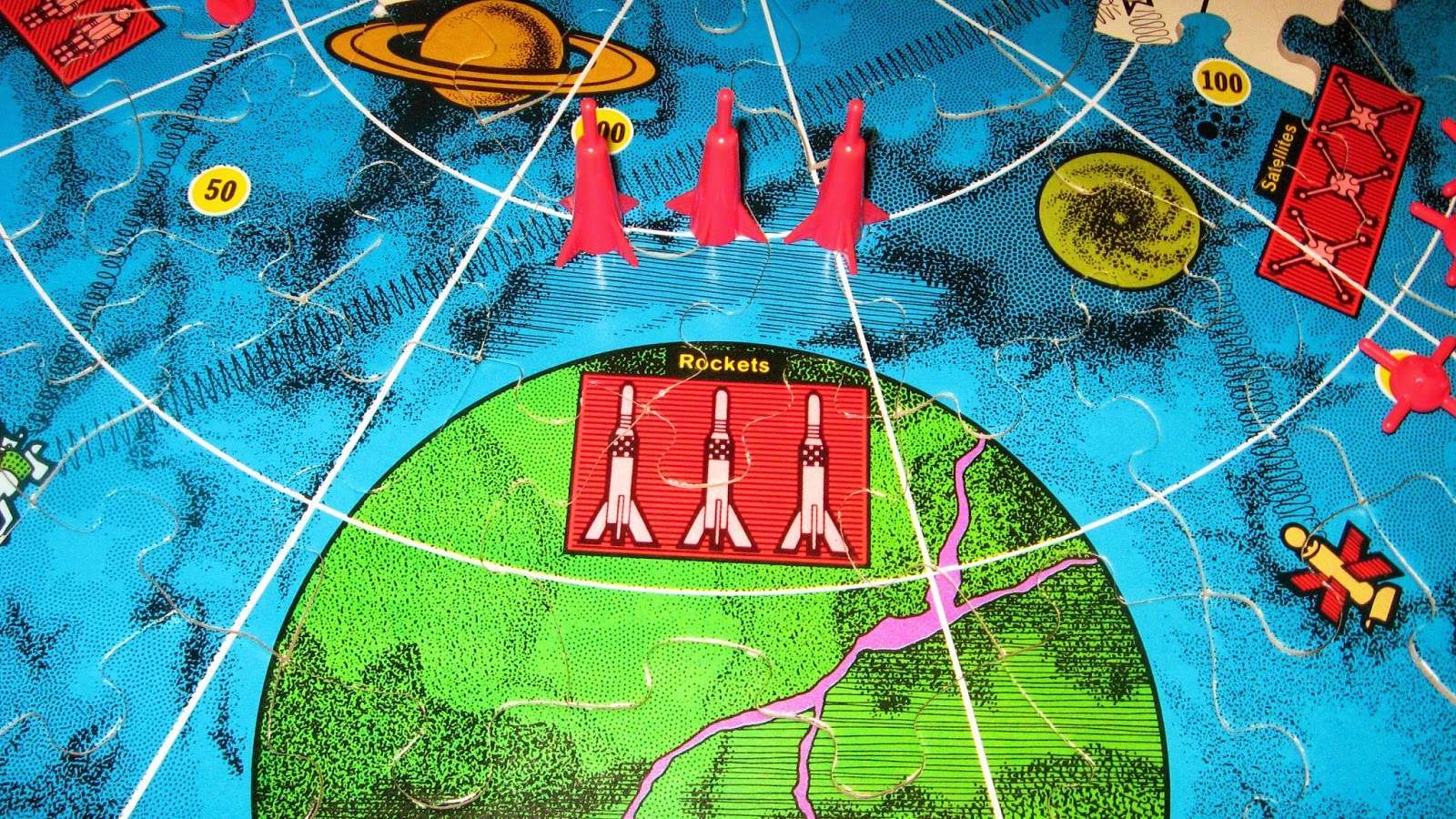 So, you want to take over the solar system, and you want to do it fast, a fact which causes a lot of excitement and tension as you vie to find the right piece.

Also, you can’t just claim any piece you get your hands on, you have to build to it, meaning that you must be the first to legitimately reach from the planet to your sun, for example.

Anxiety-provoking but fun, the Situation games are “well-built” and fun-to play” and, according to Parker Bros, made a “good gift idea for all competitive types.”  I can vouch for that.  My family’s Situation 7 matches never descended into physical violence, but they sure promoted anxiety.

Sadly no other Situation games were ever produced.