Howdy – What a great set of odd images and terrible circumstances, write Ethan Pescoff. Been working on this collection of comic strips for a few years now. Lifebuoy’s “B.O” comics have long been a favorite of the site. Hidden within newsstand magazines of the 1930s and 1940s was an ongoing comic book story of ruined lives and a pre-deoderant world of ‘nose-blind’ adults. Working off a great paranoid premise where ‘you don’t know how bad you MIGHT smell’, the body odor comics of Lifebuoy Soap helped invent a problem: Widespread Undetectable Body Odor. The only cure? A bar of not soap, but LIFEBUOY SOAP. The only one designed to treat B.O.! 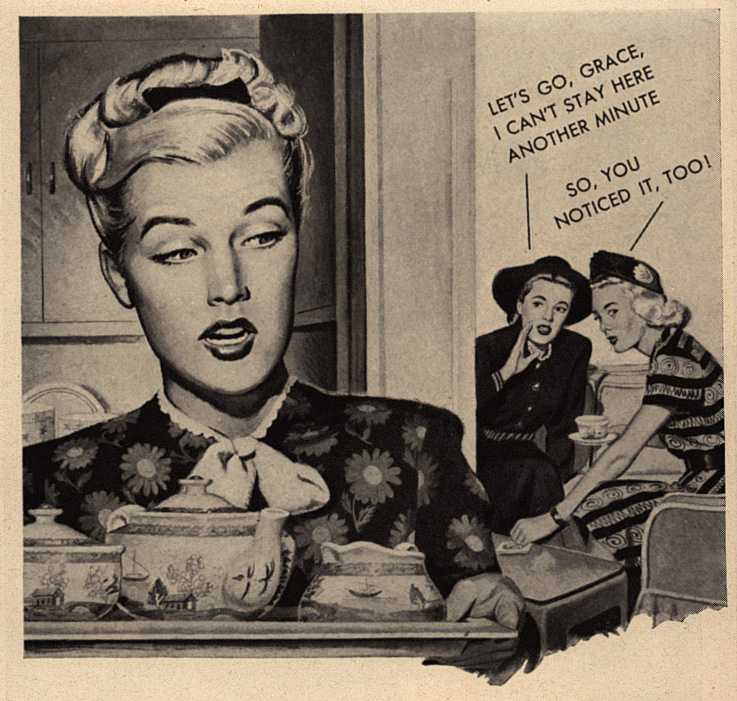 During a roughly fifteen year period Lifebuoy Soap (and its soap comrade, Rinso, which handled laundry) about 200 different advertisement comic book encounters were produced – where the lead character, often a woman, and often naive to the foul odor of their own body, are ruined by their own armpits (or worse places on their unfamiliar body – If you follow the subtext of the marriage comics). Friends talk behind their backs, husbands leave them, they are thrown out of clothes shops, and rejected all over town. But no one will tell them why!

Presented here are what we consider the best of these stories. Plug your nose and leap into these messy lives ruined by stink and saved by soapy salve! Interesting capsule in how advertising invents and subverts body image and social expectations, too. Some pretty awesome comics. (And many of them are sexist, backward, and truly awful) – Lather up! 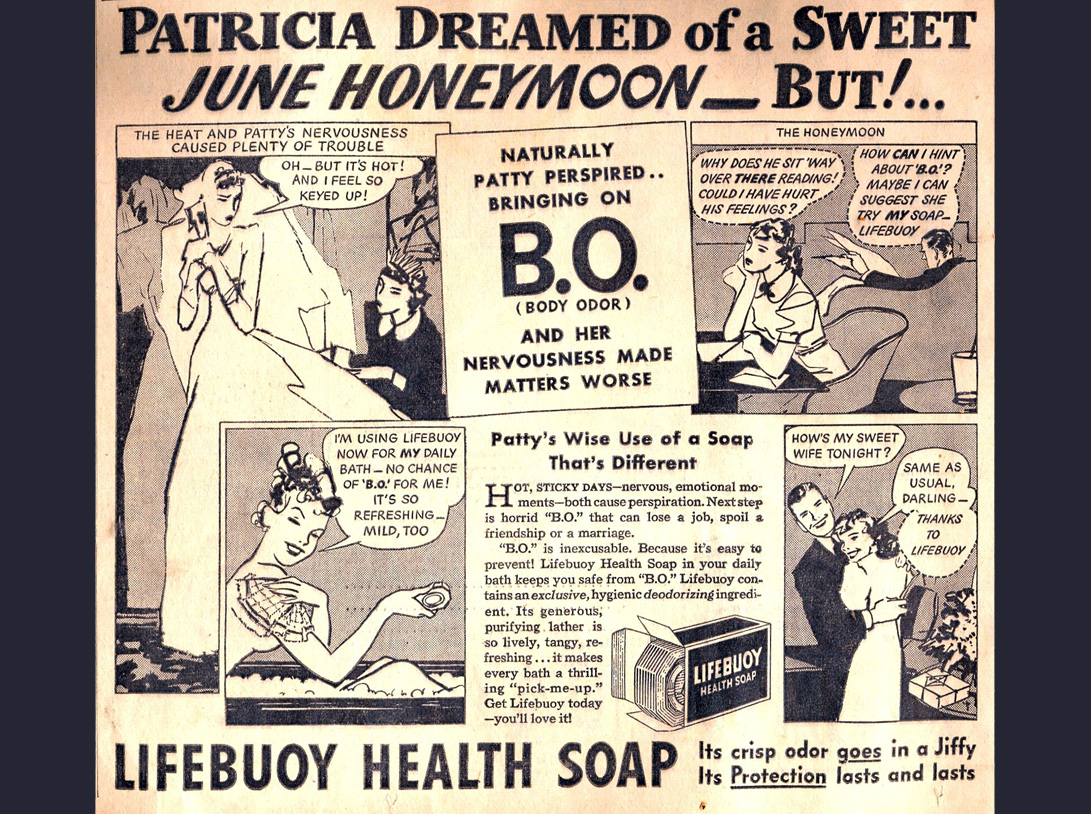 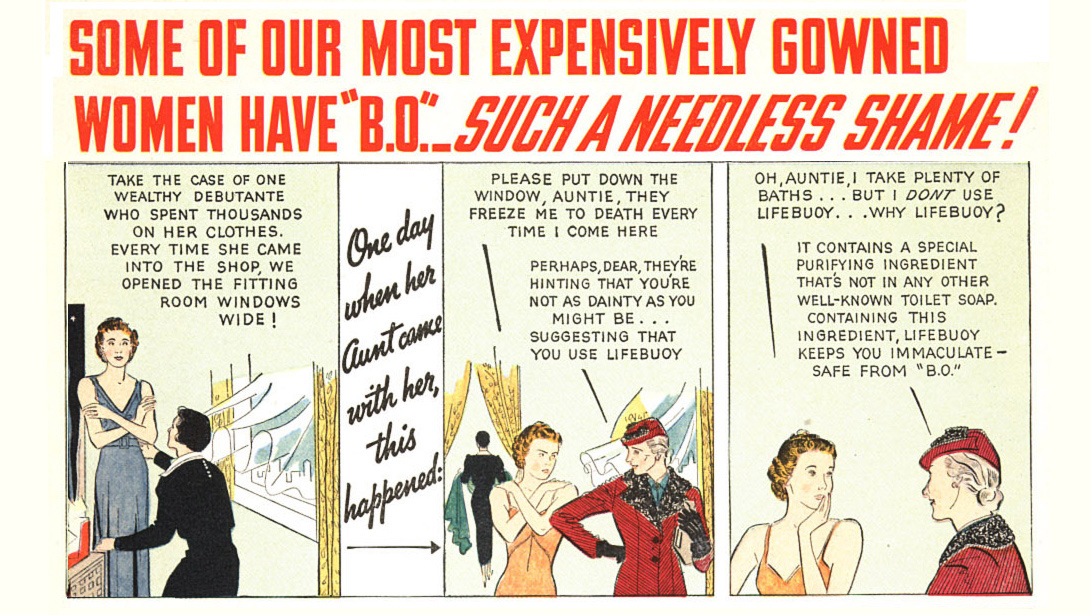 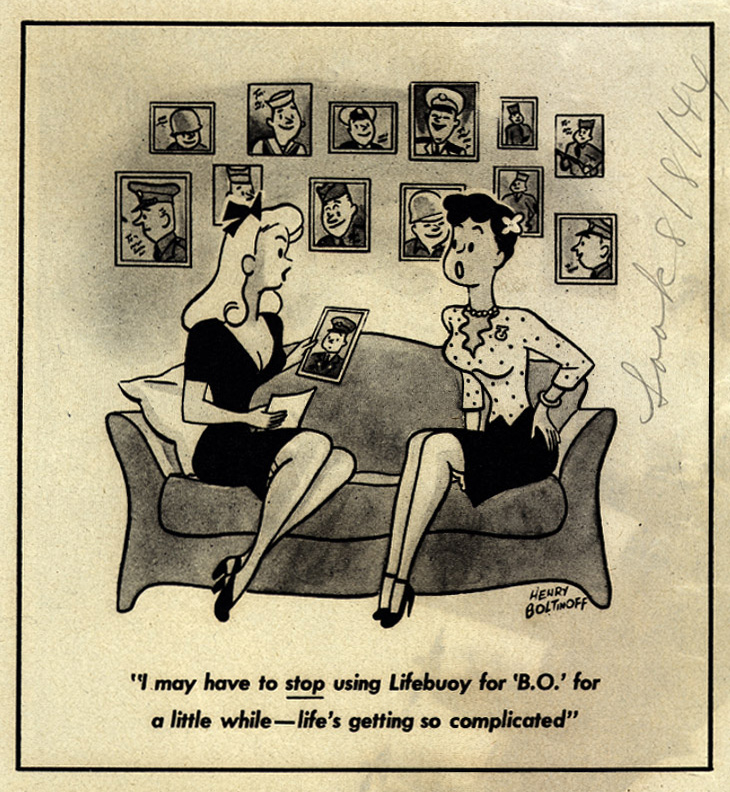 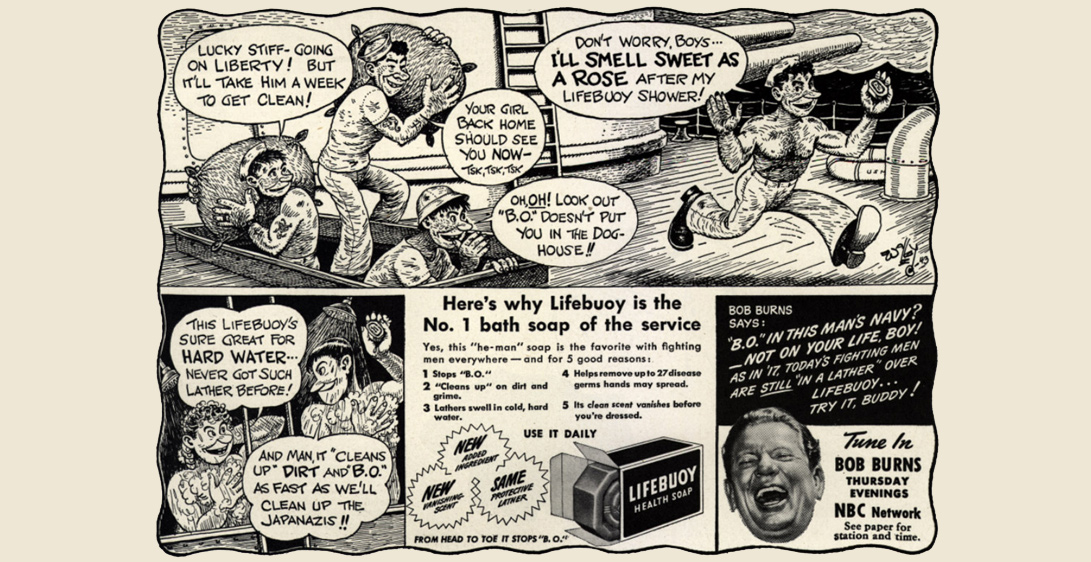 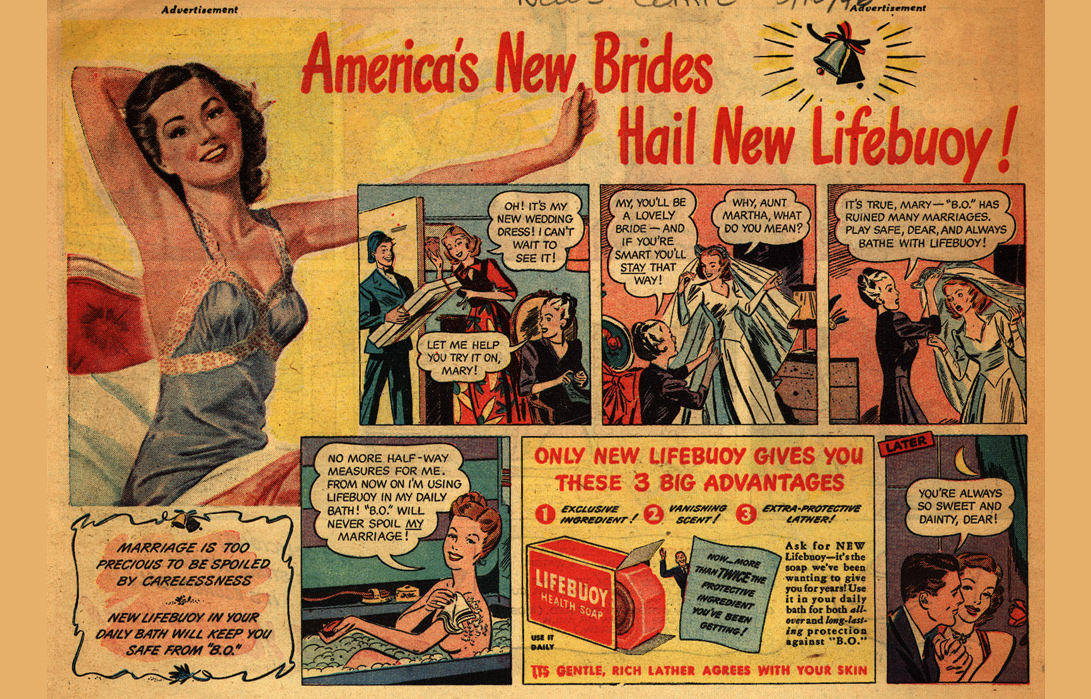 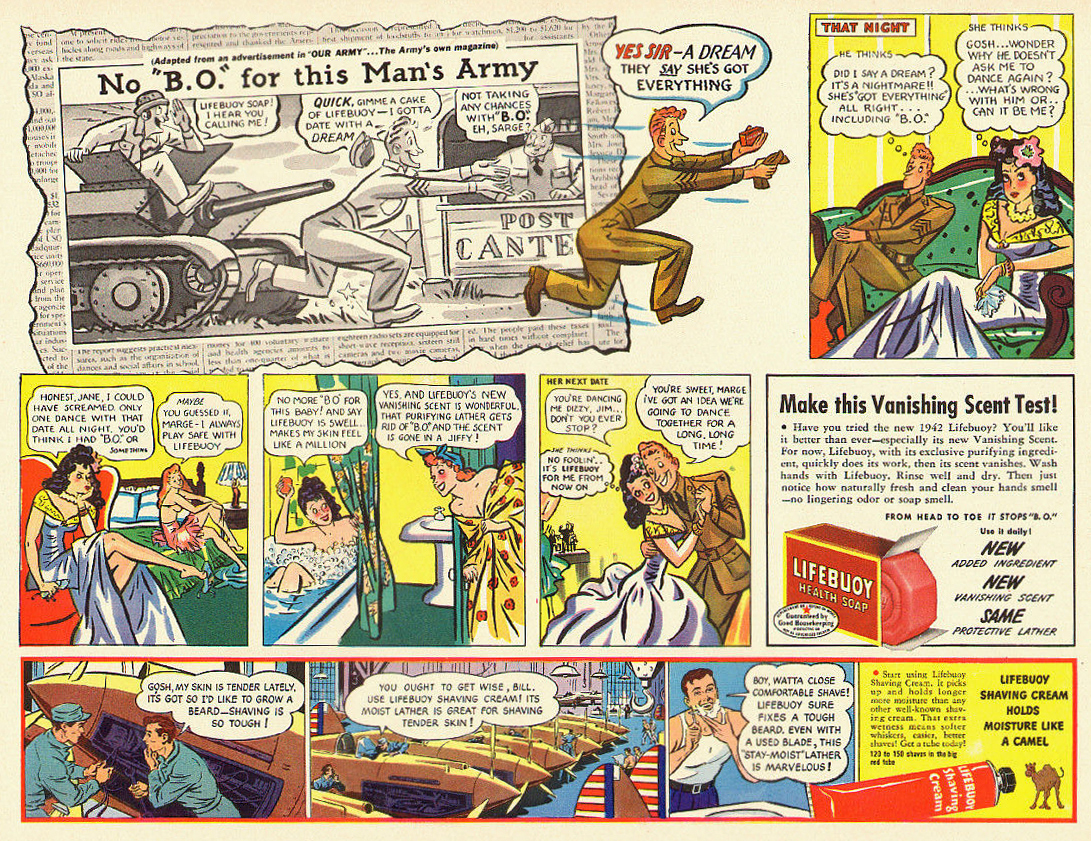 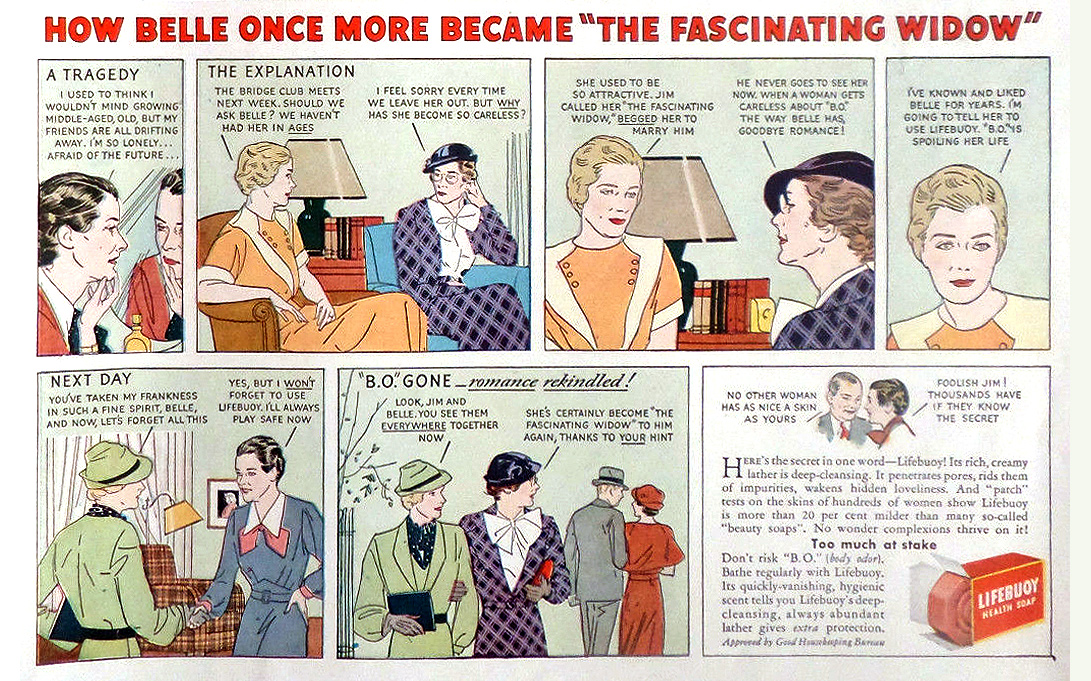 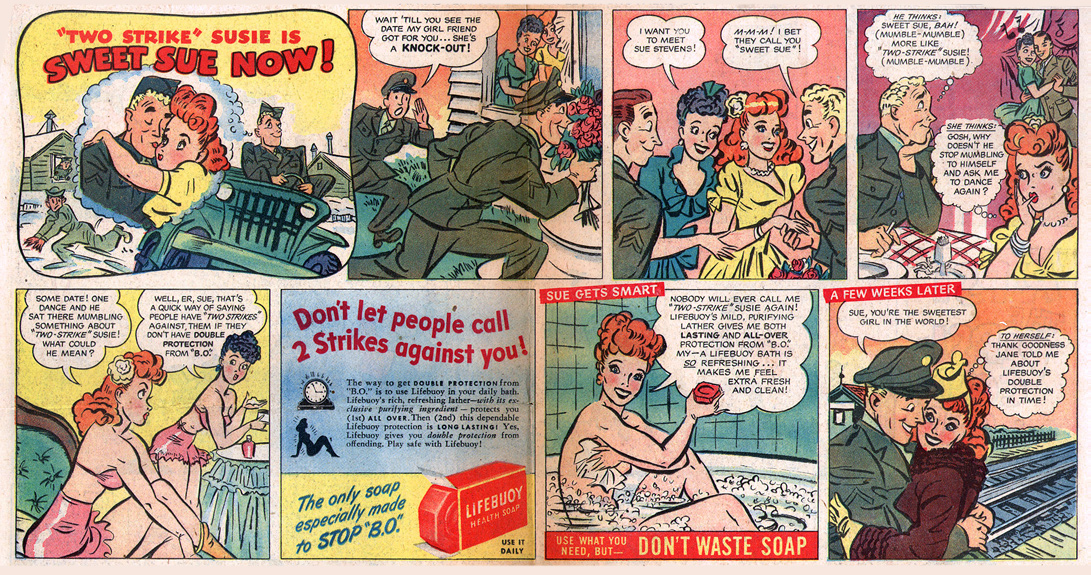 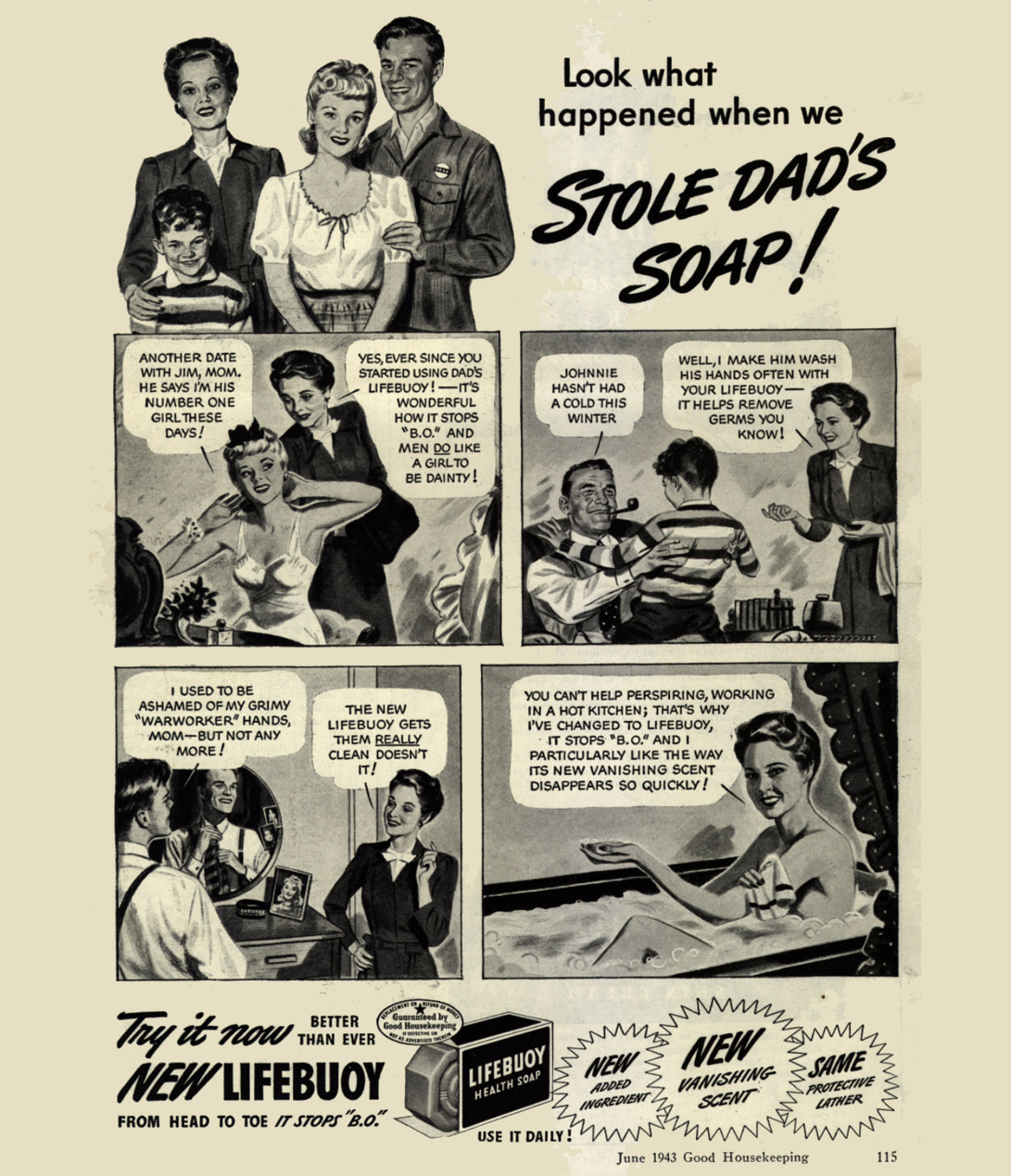 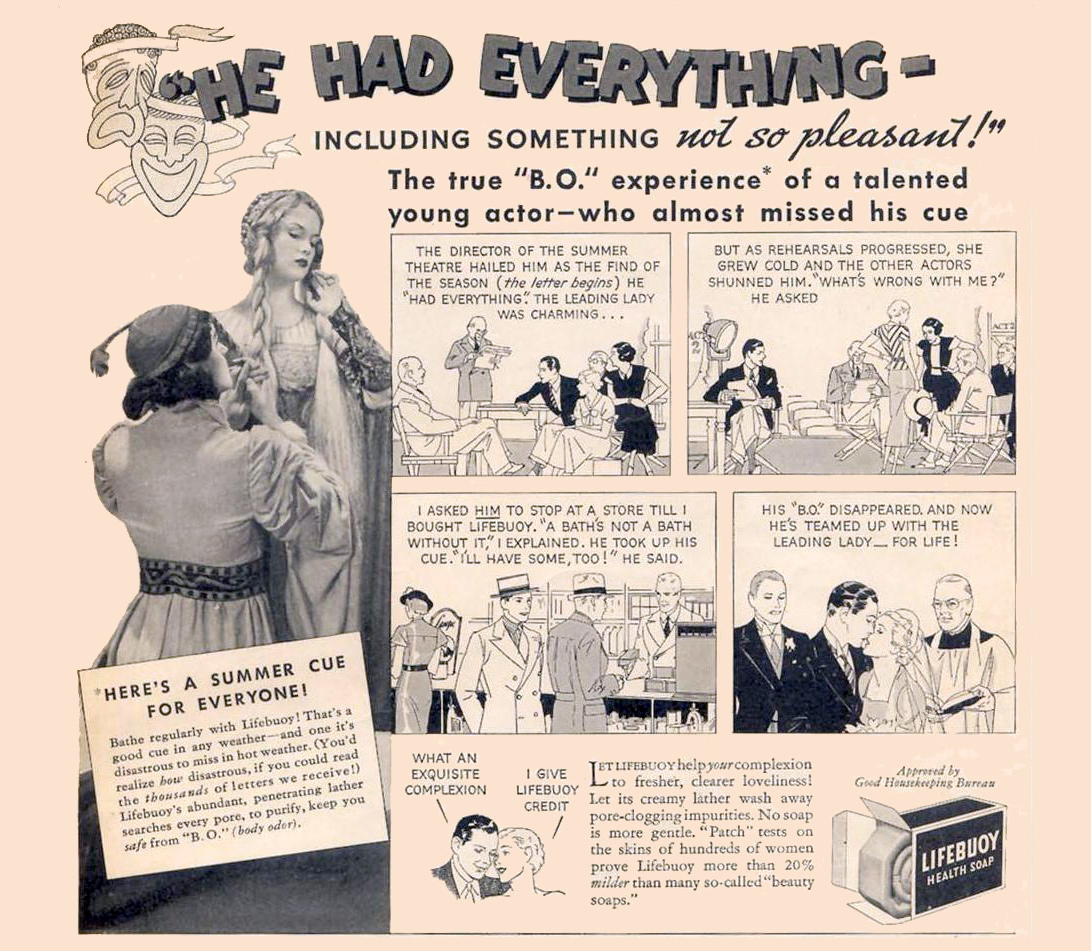 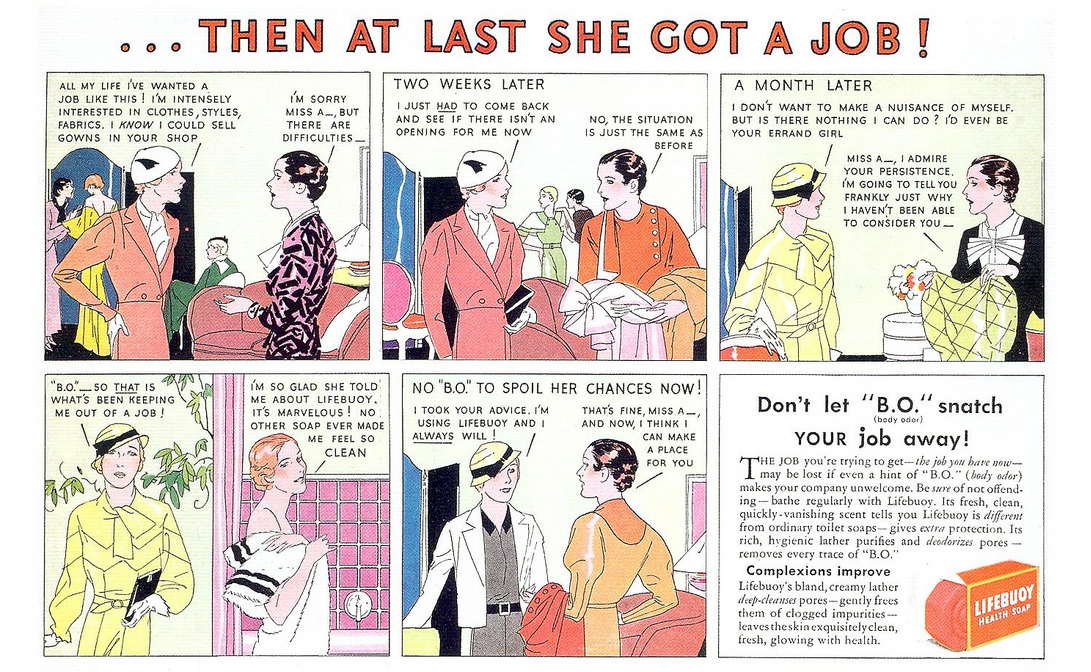 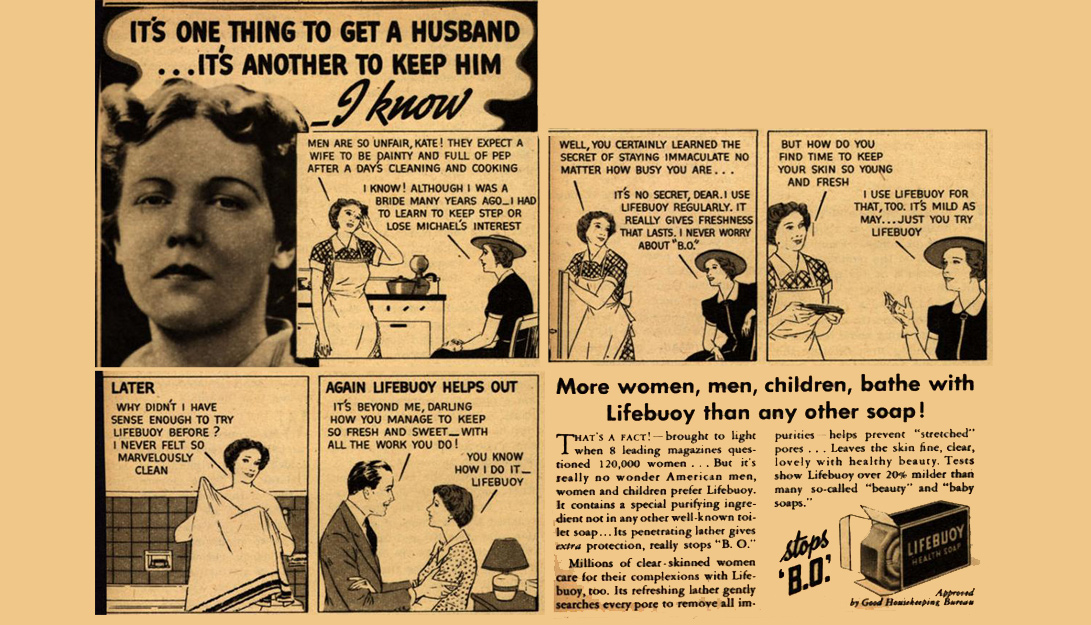 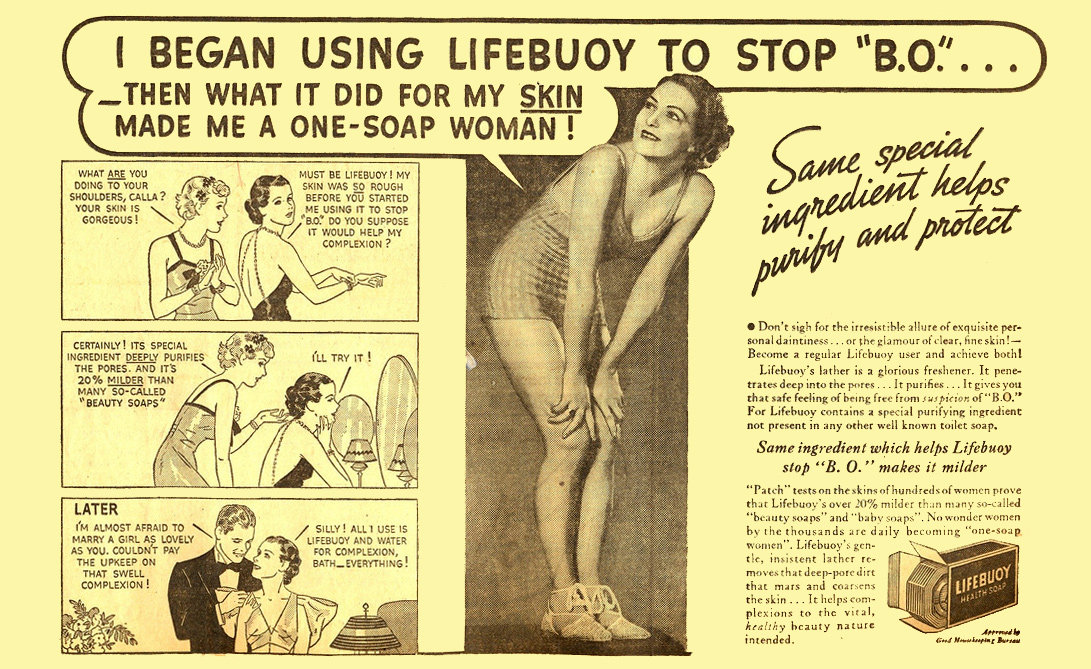 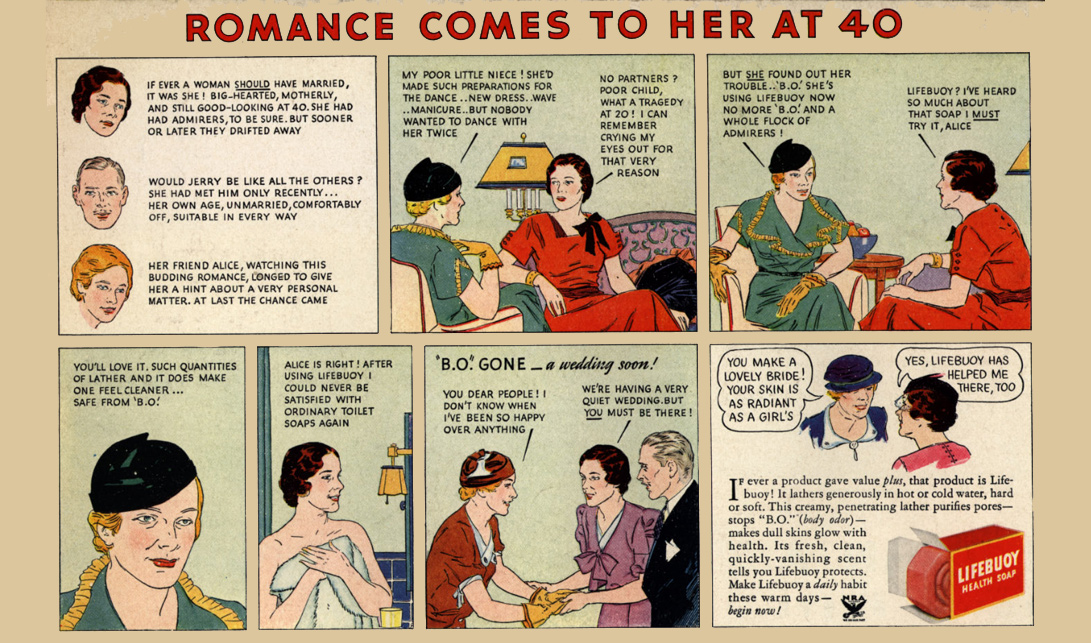 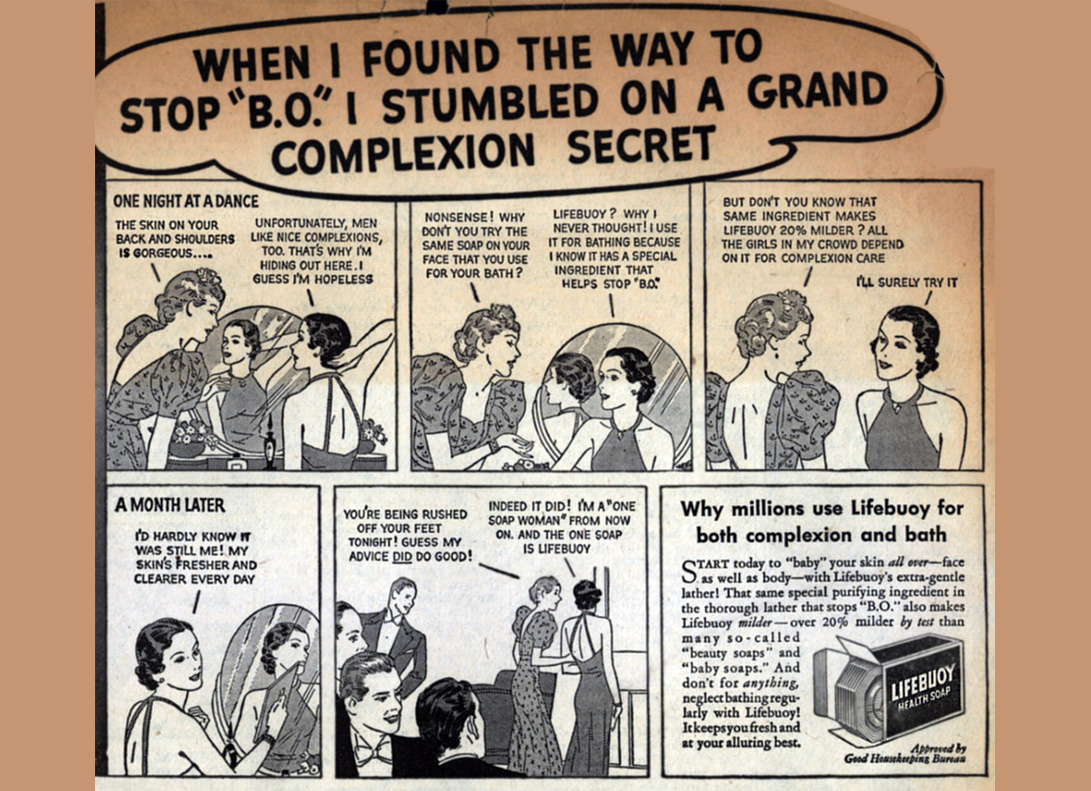 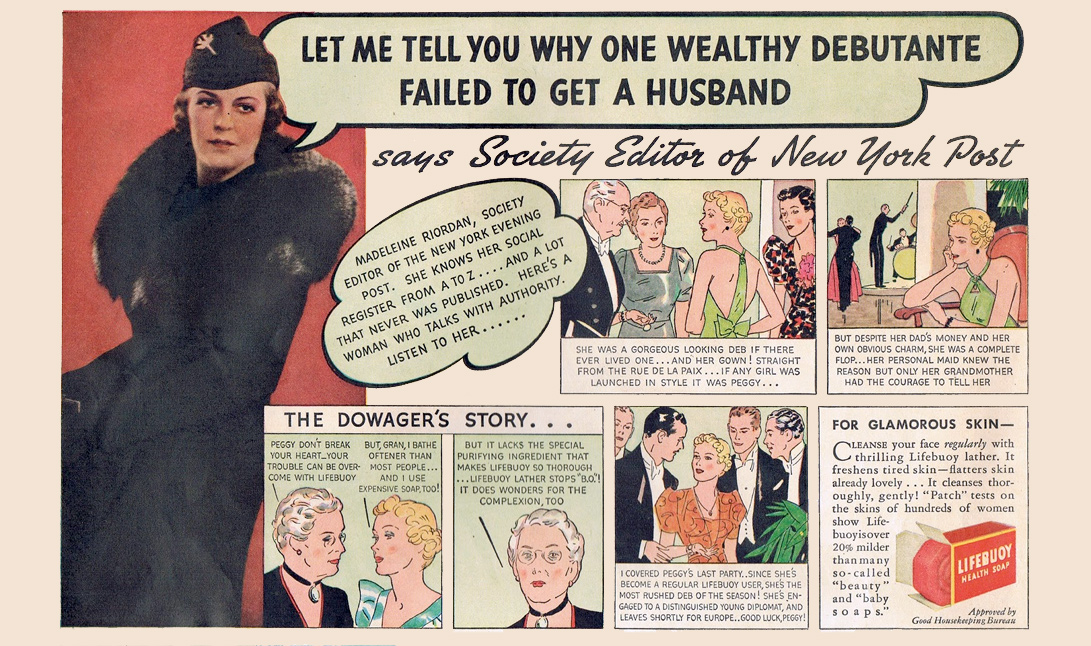 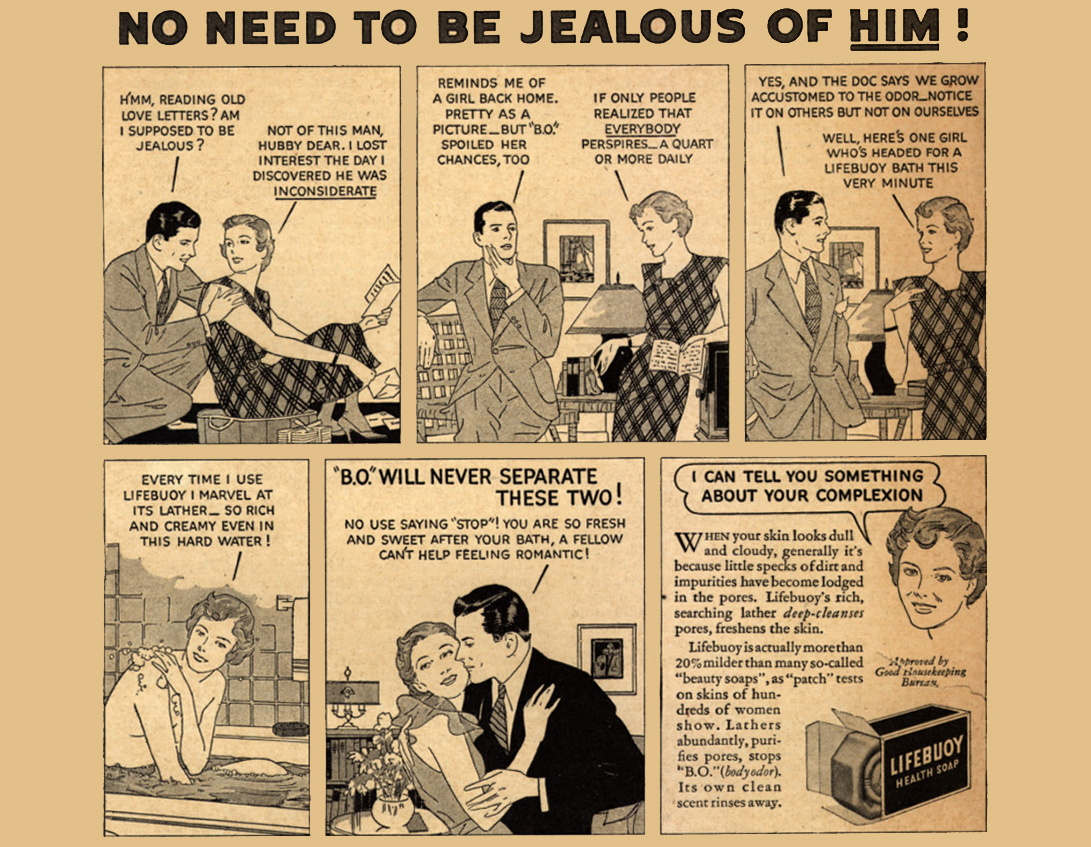 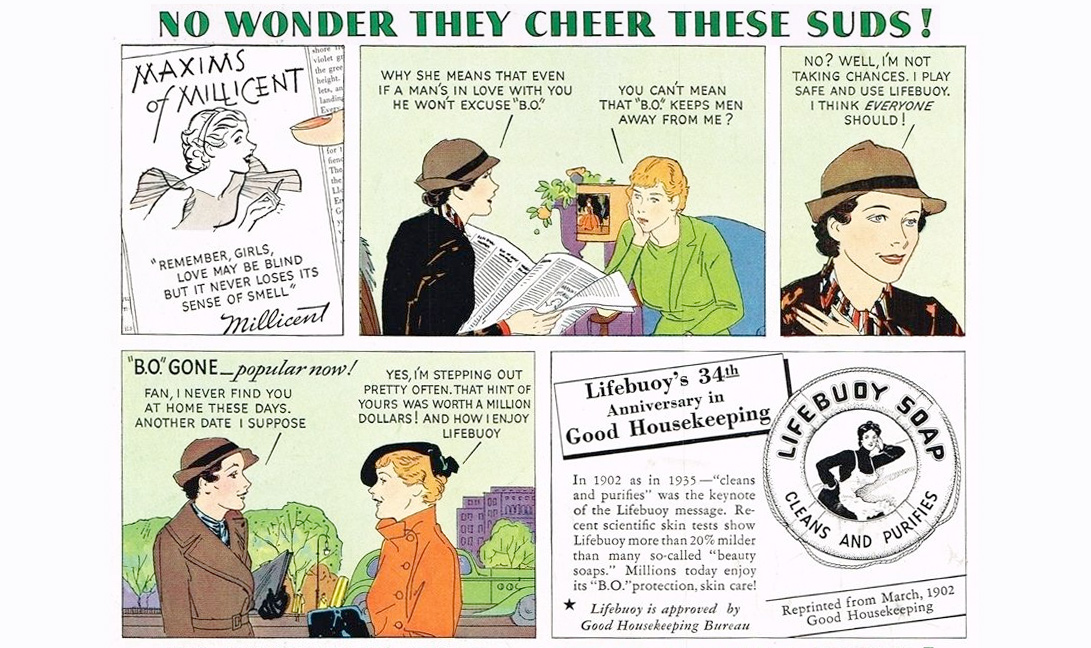 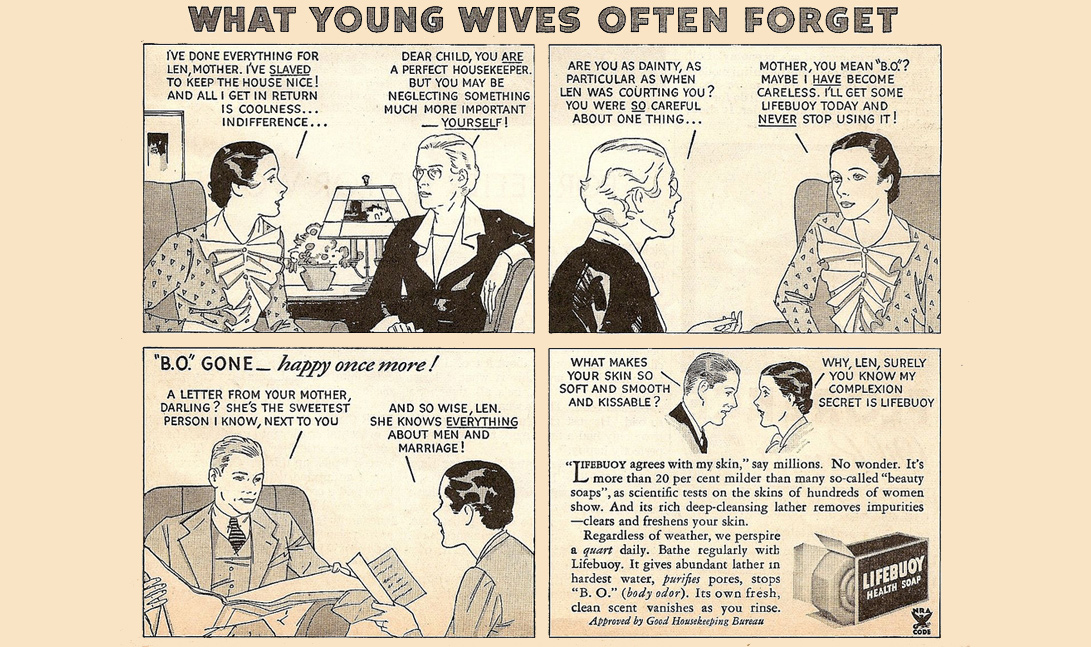 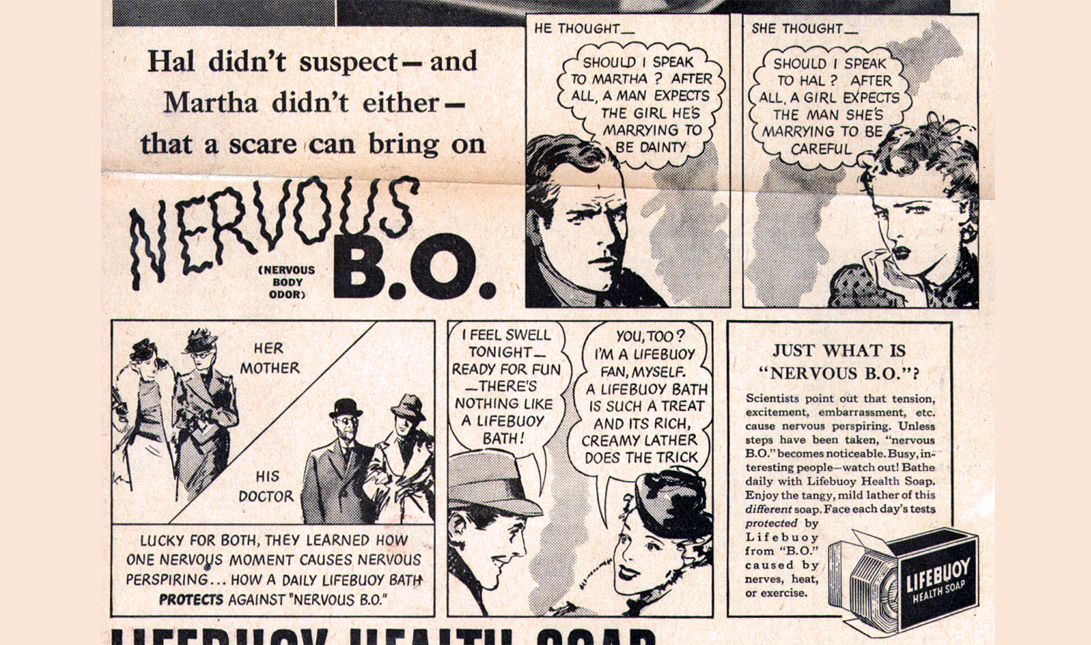 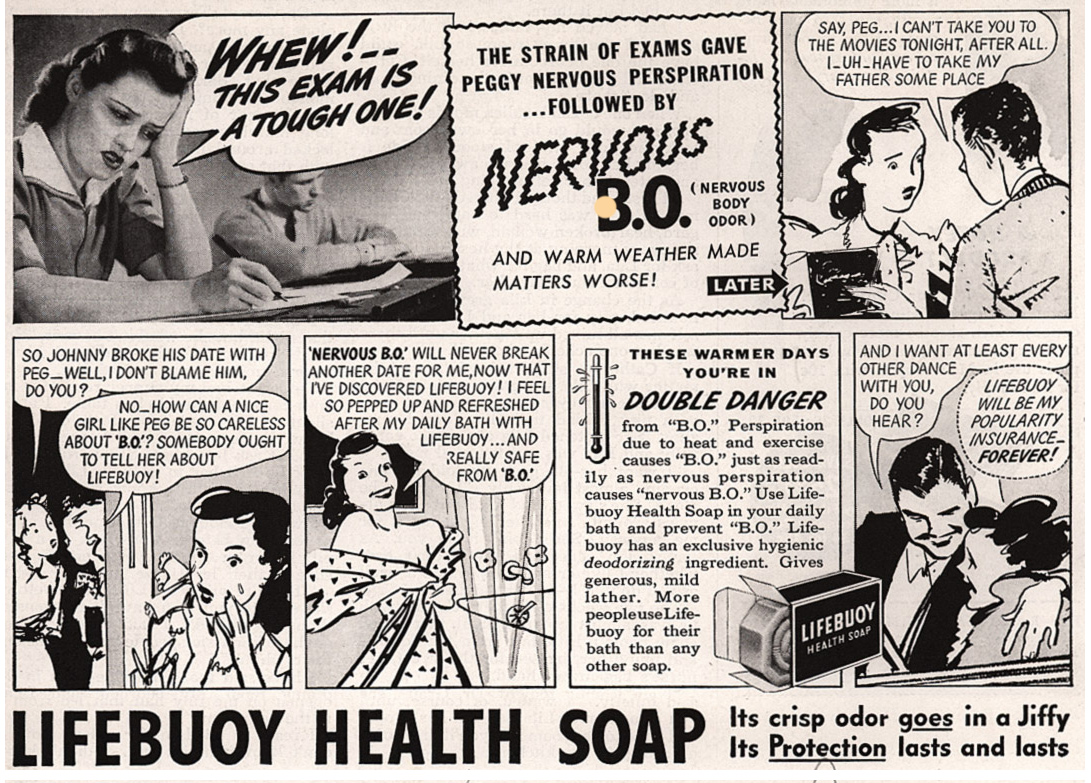 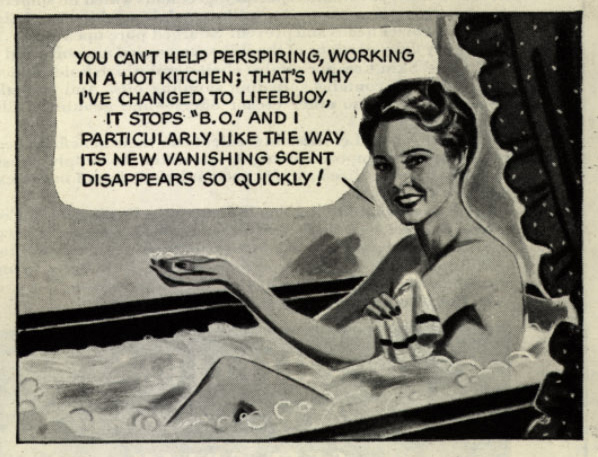 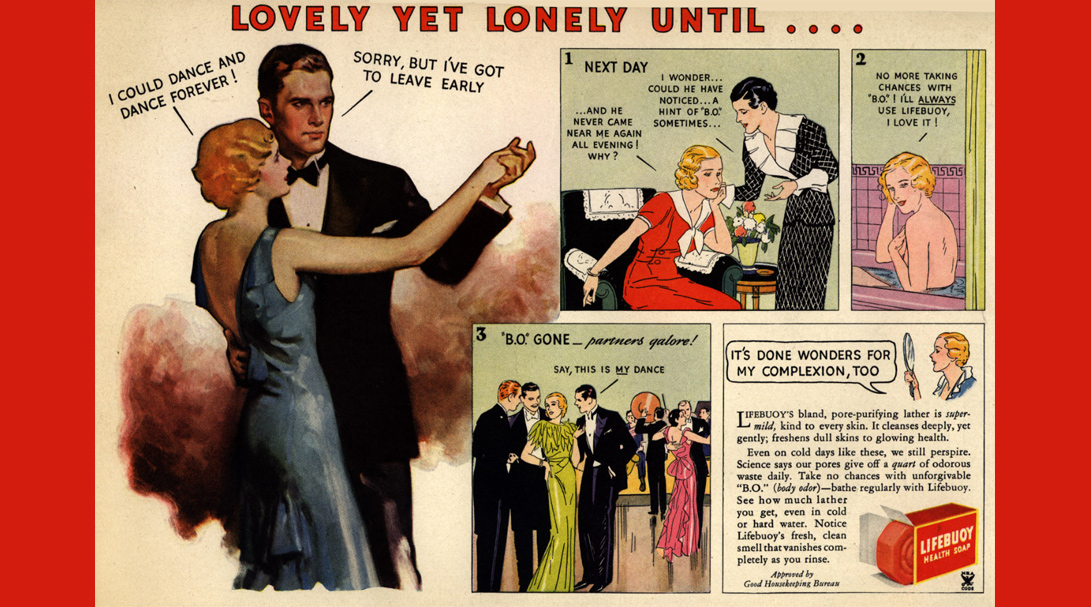 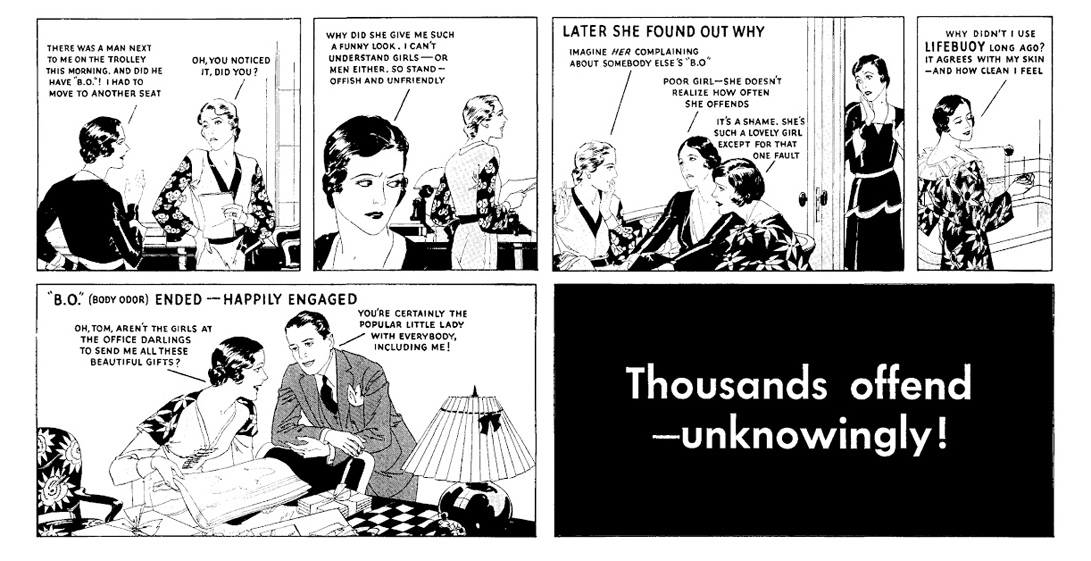 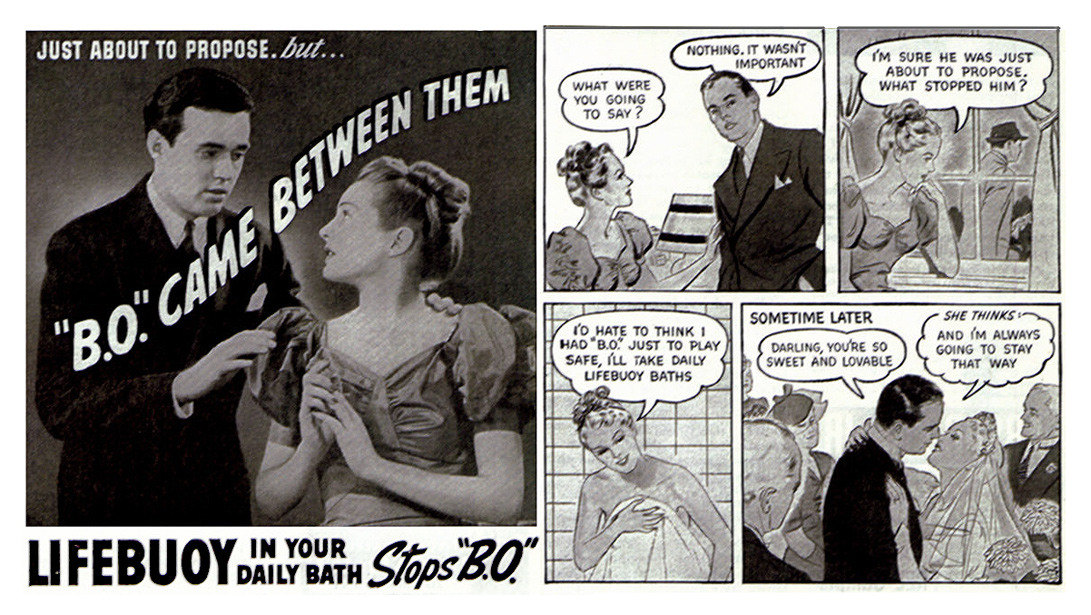 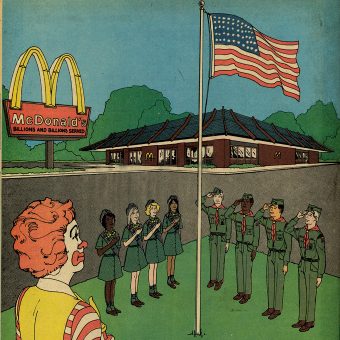