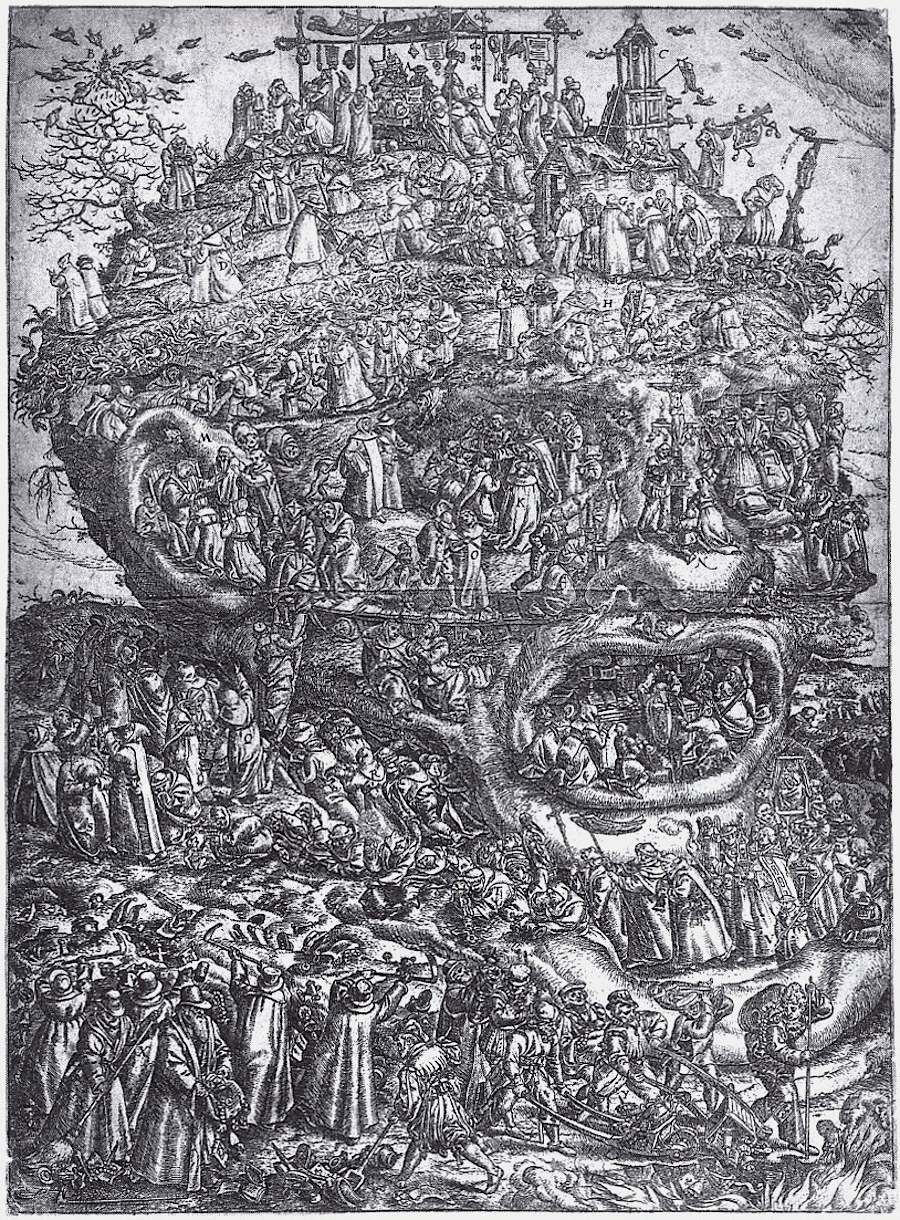 Prior to the Renaissance, landscape was principally used as a scene-setting backdrop for figurative art. Trees, fields, mountains, and storm-tossed seas were only present to add verisimilitude to the human activity contained within the frame. It seemed as if landscape was nothing without a human narrative. But this gradually changed. Landscape painting soon became an artistic form of its own. During the transitory period between the two forms there was a moment when figurative art and the desire to depict landscape briefly coalesced in anthropomorphic etchings and paintings.

These pictures generally depicted a face hidden within the landscape–as if suggesting the land’s significance was shaped by how humans used it. This was particularly true for a variety of artists in 17th century Netherlands who produced work where hidden giant human heads appear to grow out of the landscapes. 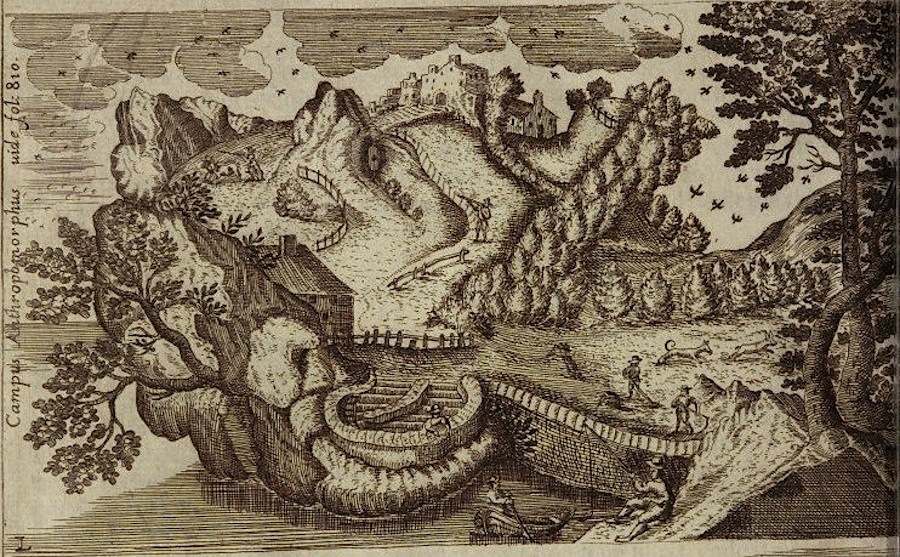 A typical anthropomorphic landscape of a bearded man’s profile in repose by Athanasius Kircher (1602-80)–a Jesuit priest, scholar and polymath. The image was “inspired by a story related by Vitruvius about the 4th-century-BC architect Dinocrates’ plan to sculpt into Mount Athos a colossal image of Alexander the Great, who would hold a small city in one hand and with the other pour a river into a sea by means of a gigantic pitcher.” Kircher’s more restrained etching was featured in his Ars magna lucis et umbrae (1645/6). 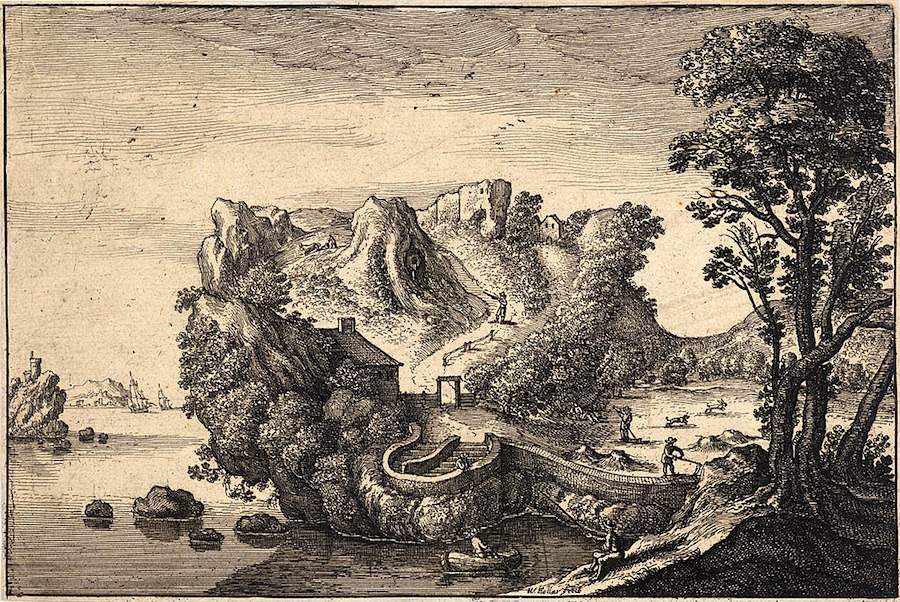 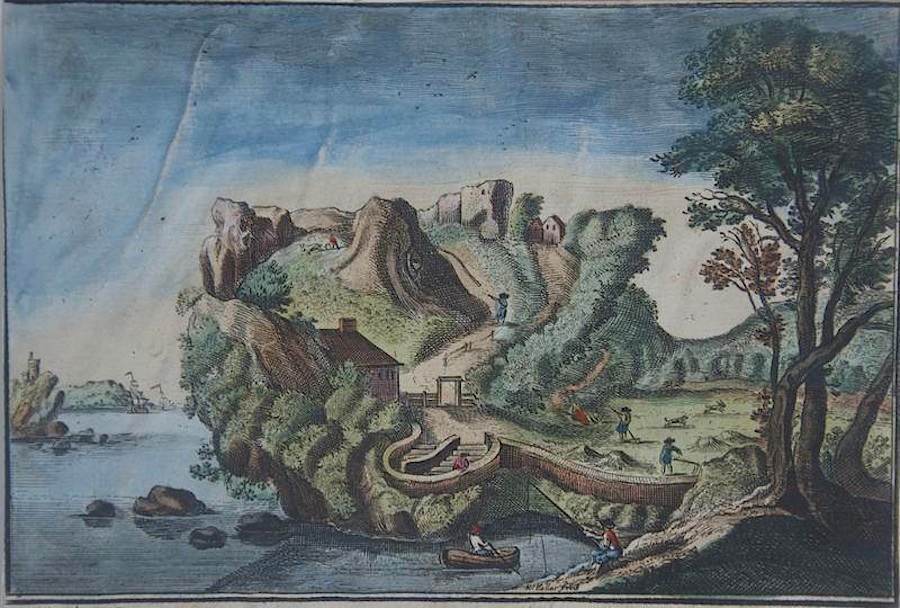 A hand-coloured version of Wenceslas Hollar’s head circa 1797. 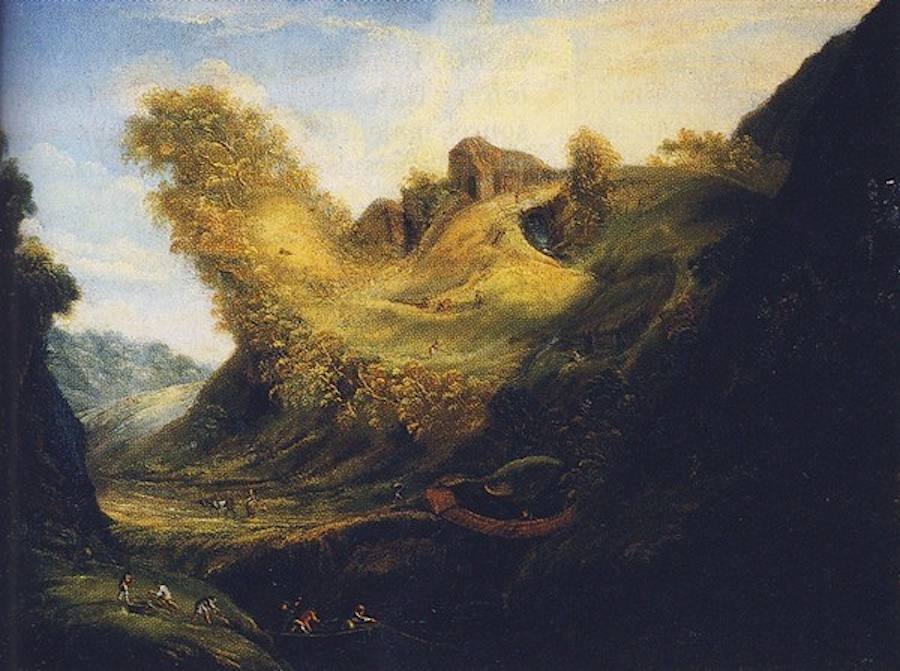 Painting by Matthäus Merian the Elder (1593-1650) continues the tradition. 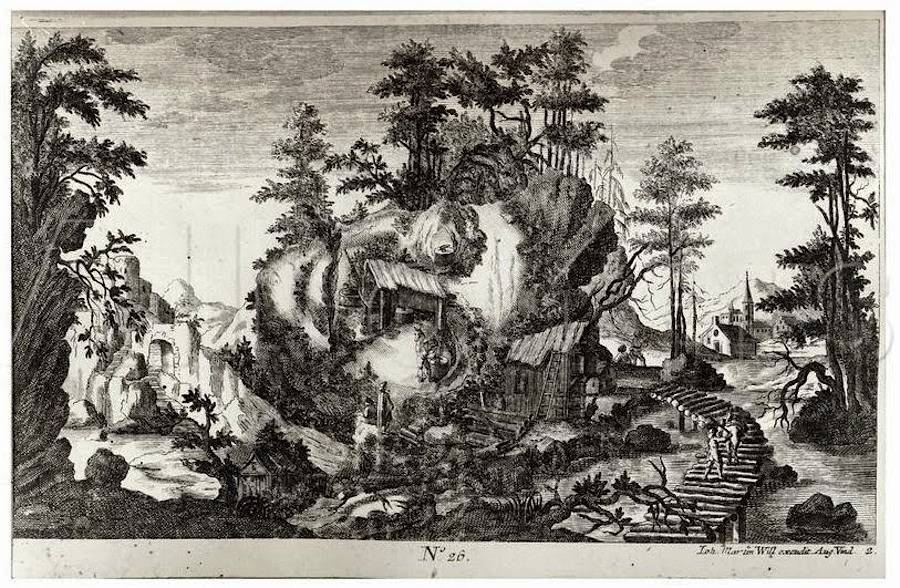 A more classical anthropomorphic landscape by Johann Martin Will. 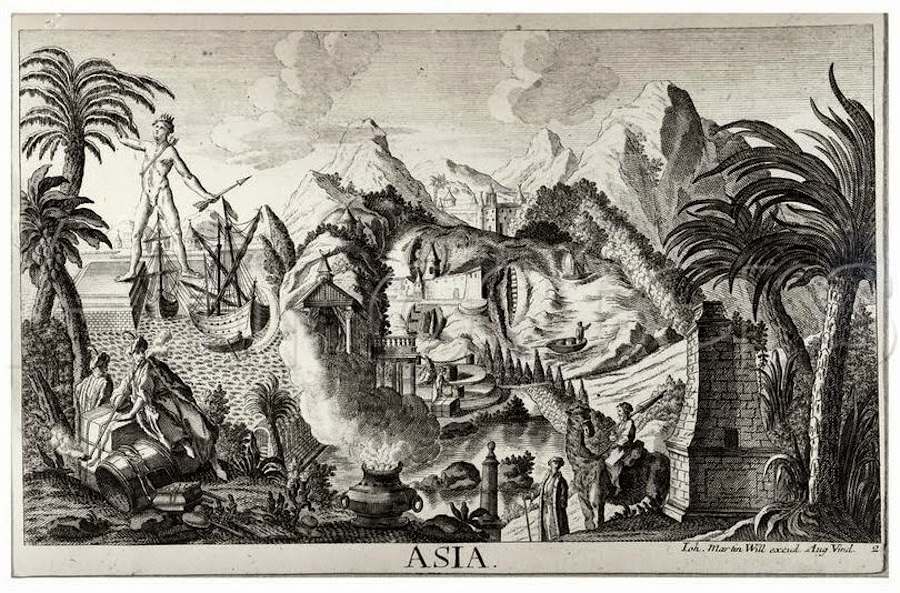 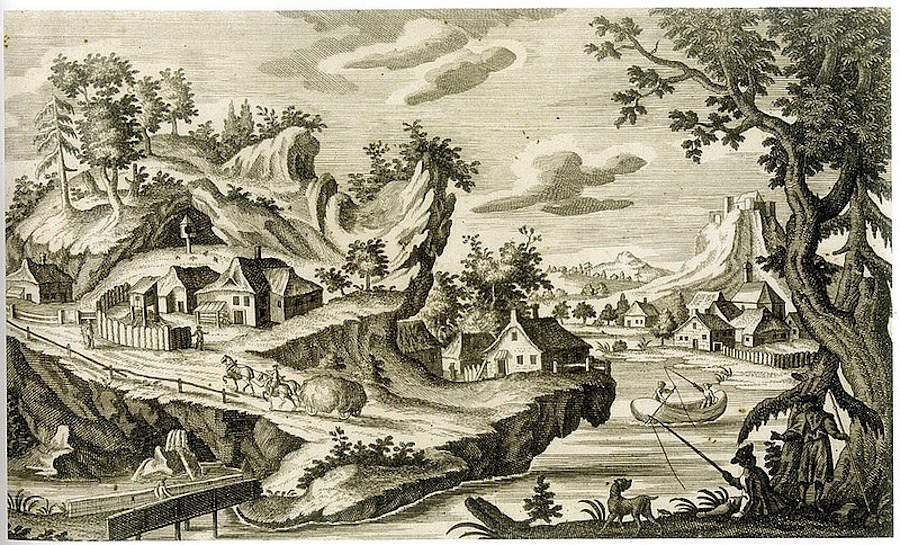 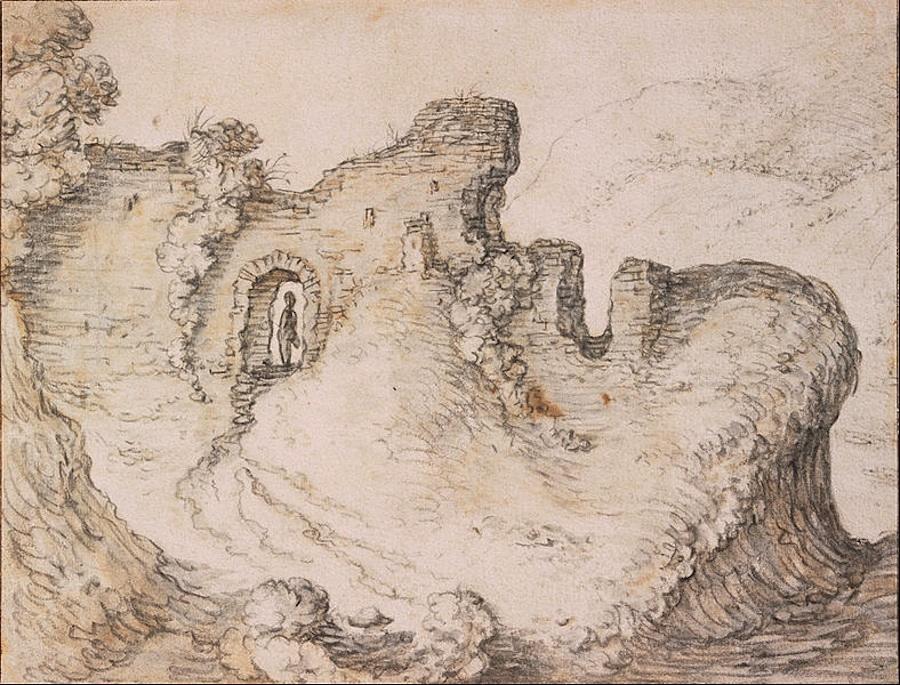 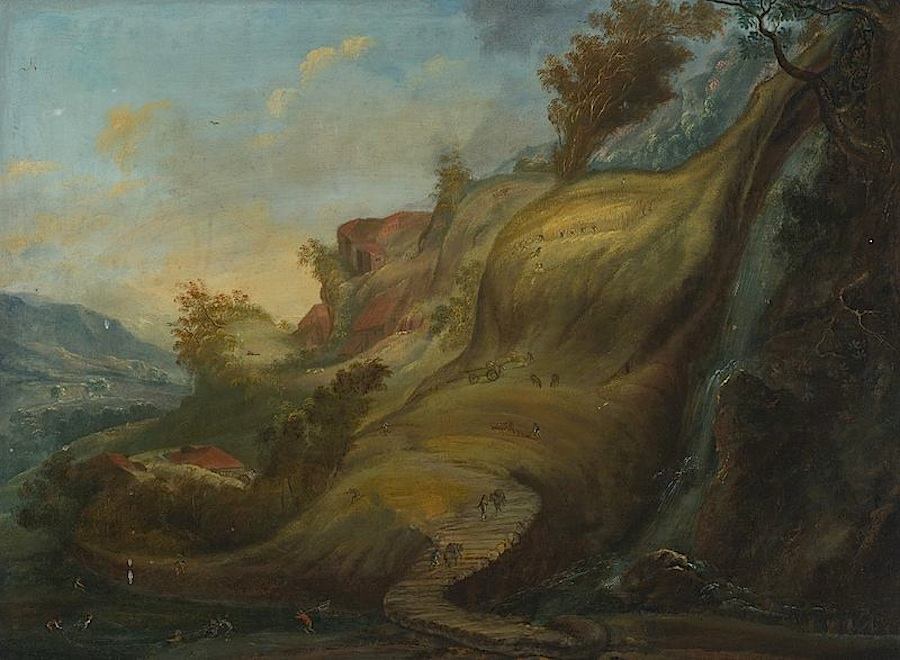 A beautiful and more subtle image–this time a painting by as yet unidentified artist though may possibly be Matthäus Merian the Elder. This painting contains a head and what appears to be a leg of some dead animal. 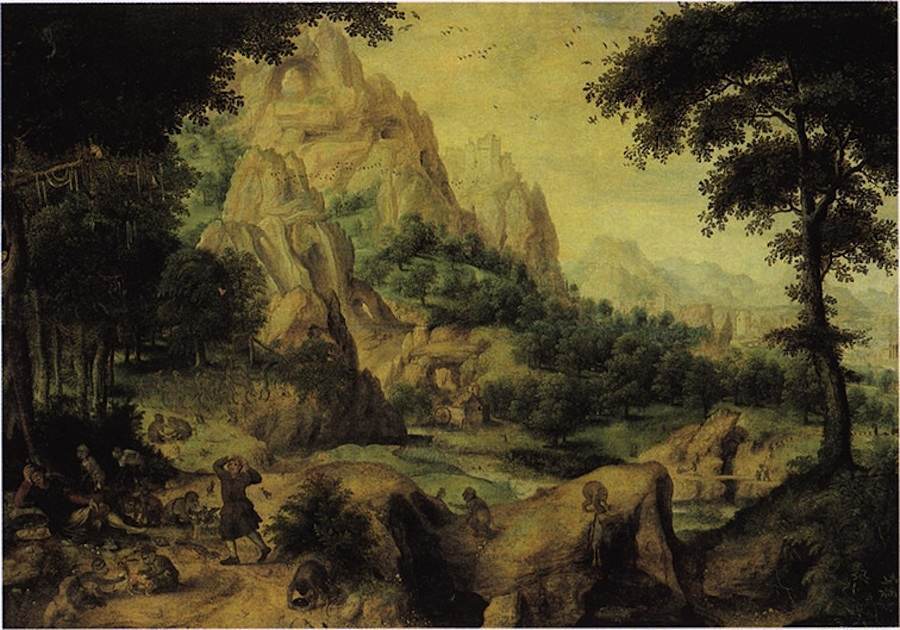 The landscape is beginning to dominate, but it’s still possible to see a face hidden in this painting The Sleeping Peddler Robbed by the Apes by Herri met de Bles, ca. 1550. 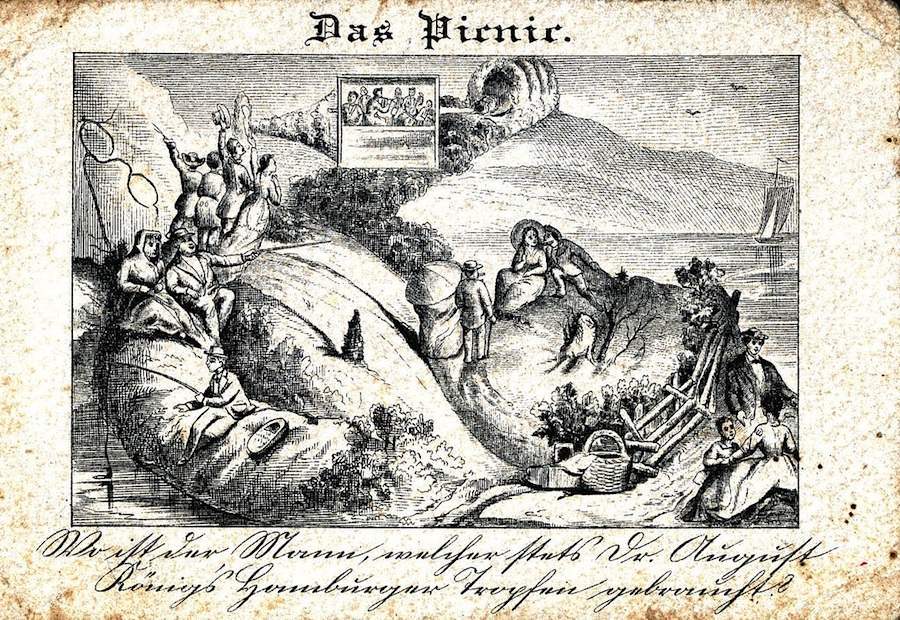 The idea of a figure with a landscape was later used for advertising as in this ad for Dr. August König’s Hamburger Tropfen, 19th century. 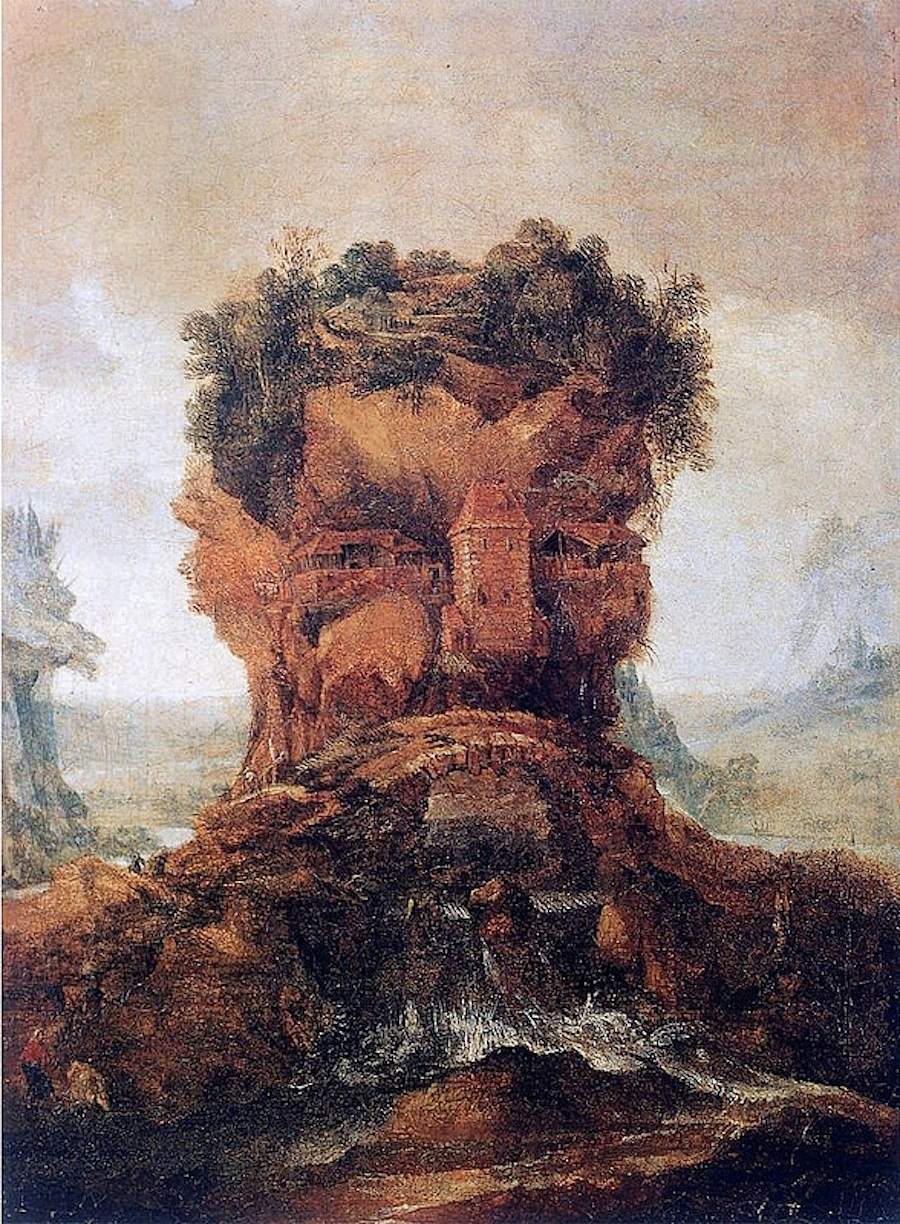 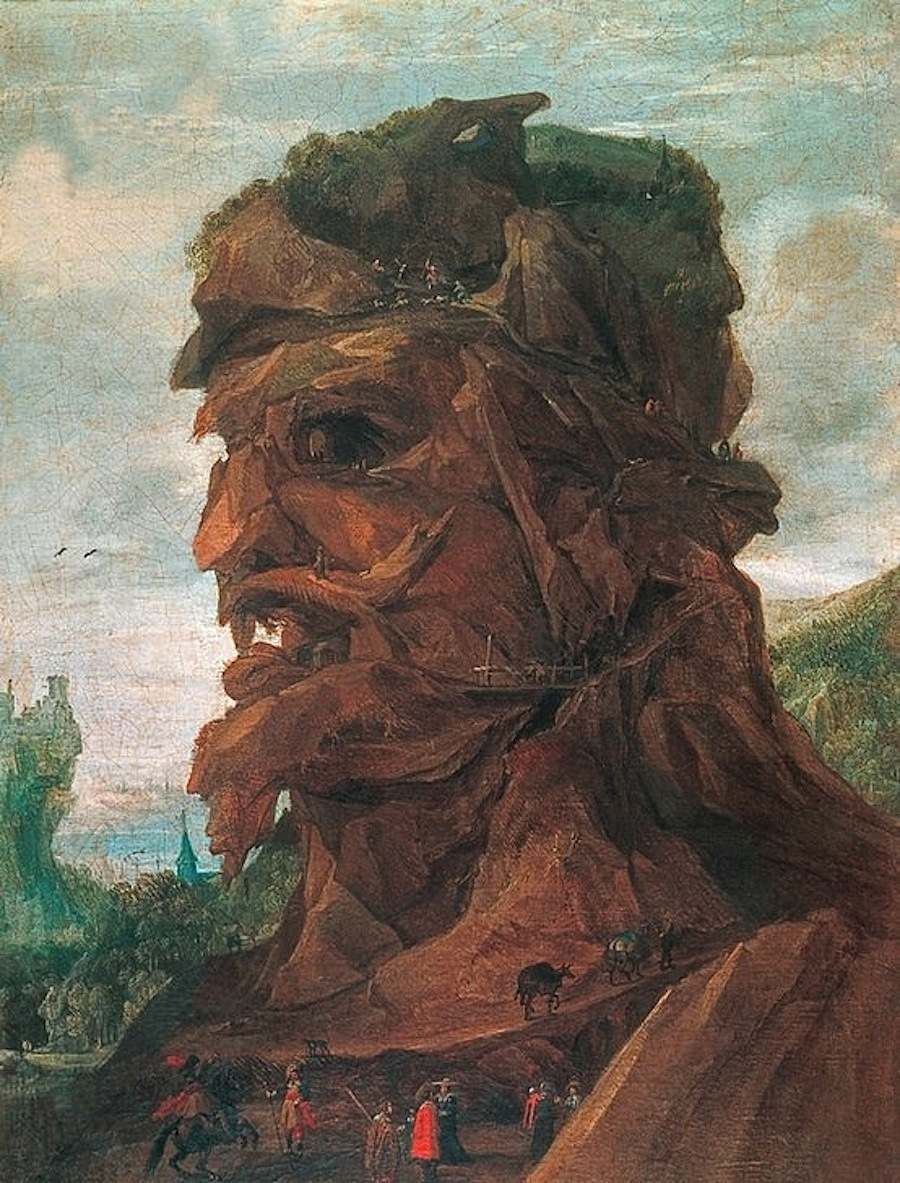 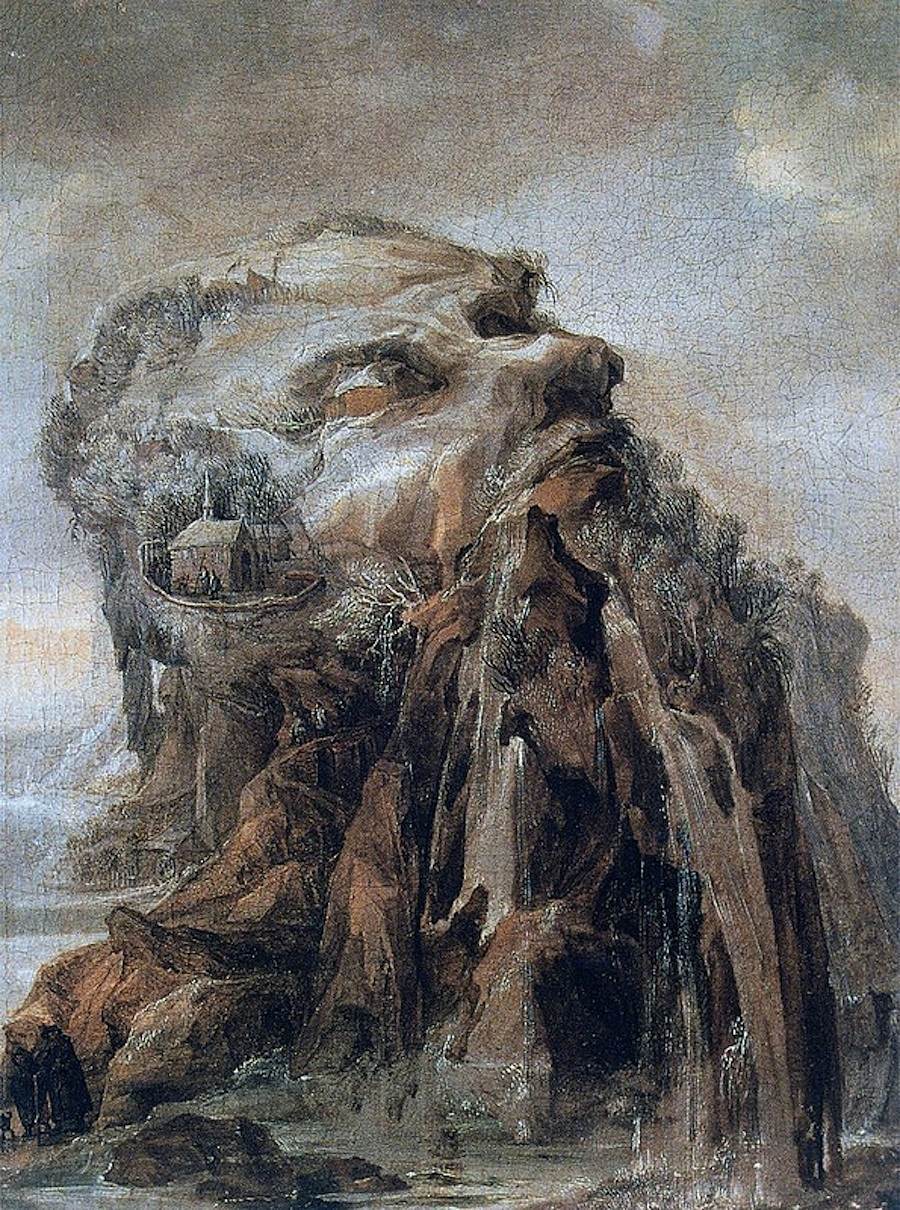 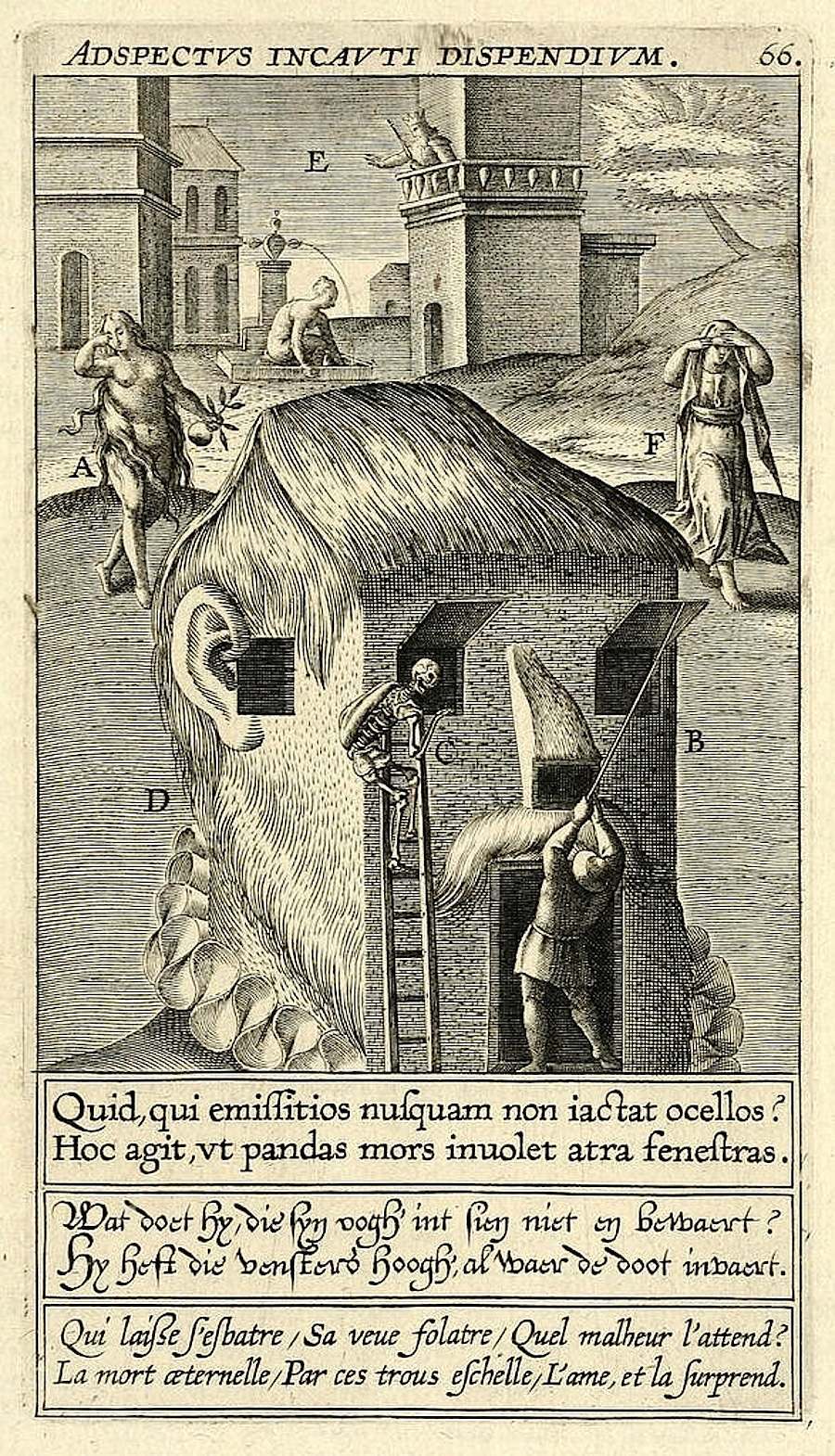 “The Incautious Gaze”, an image from Veridicus Christianus (1601).