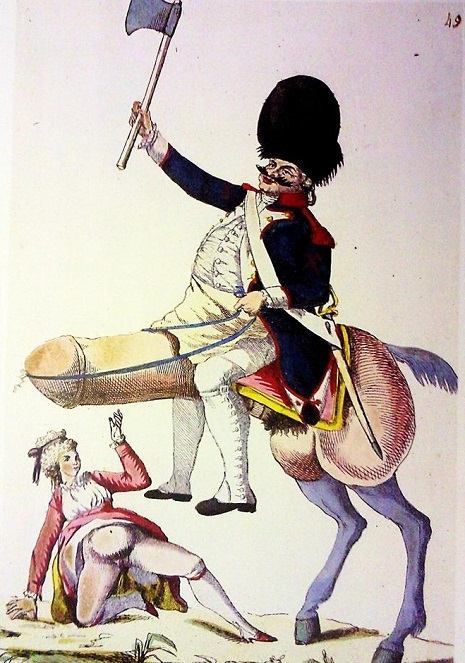 This one depicts Marie Antoinette and General Lafayette 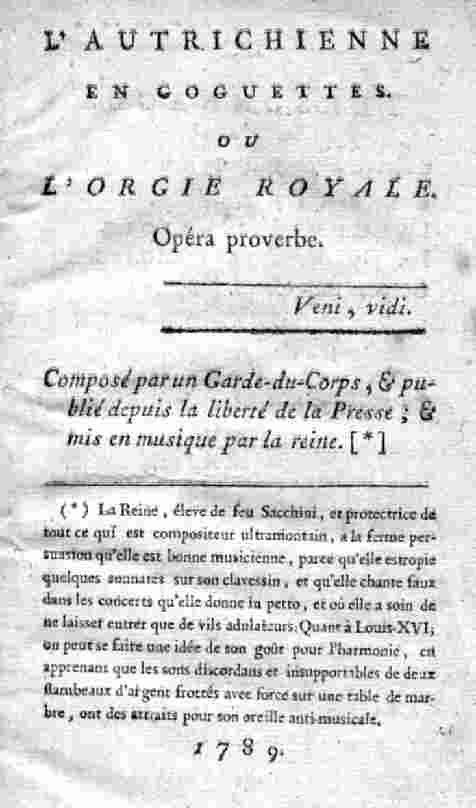 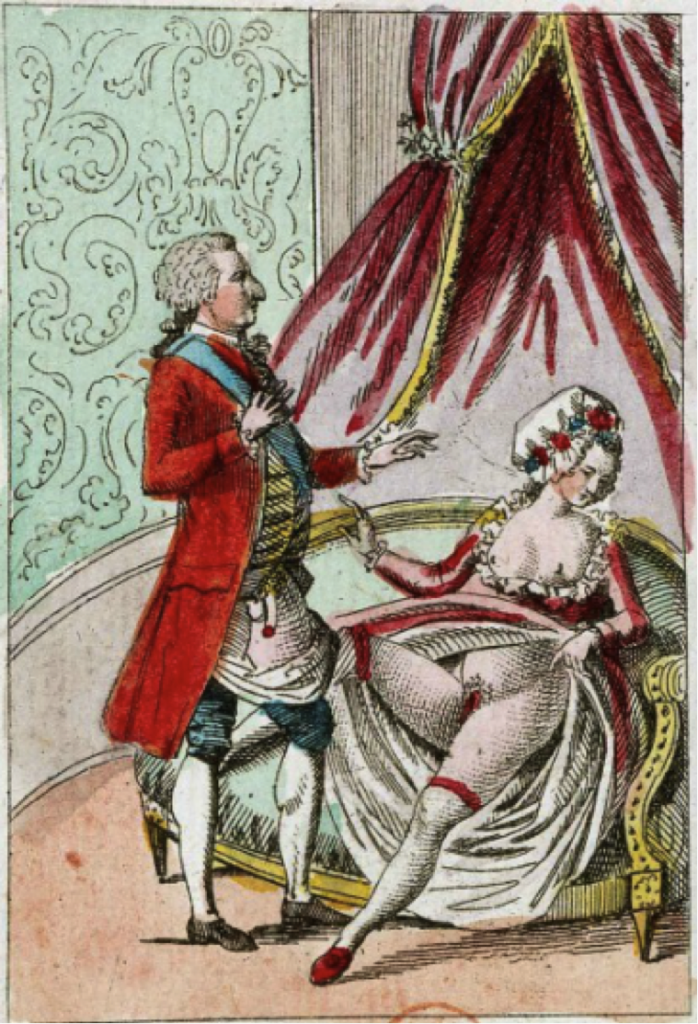 A despondent Marie Antionette waves away a flaccid Louis XVI.

In a contemporary pamphlet entitled Vie de Marie-Antoinete d’Autriche, it is written:

“Since the Revolution, the monarchist club, whose body and soul is Antoinette, have been continually at it; all its members have drawn from the vagina of the Austrian Woman…That infectious cavern is the receptacle of all vices, where each comes and takes his required dose.” 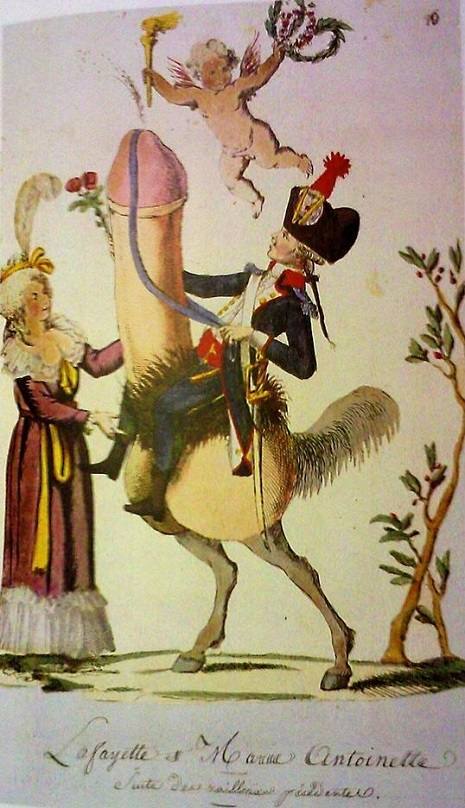 … if we envision the pornography of the last two hundred years as designed solely to titillate and incite sexual feelings, we must view its history before this time as a form of expression that used the shock of sex as an instrument to convey other messages, often censuring political or religious figures, but also directly challenging social and moral conventions.  “Pornography was the name for a cultural battle zone,” wrote Lynn Hunt; quoting the historian Walter Kendrick she continued, “’pornography’ names an argument, not a thing.” This fact is clearly evident if one examines the basis of government regulation during this era, which was focused on repression of unrest and sedition rather than expurgation of licentious material in the name of public decency. 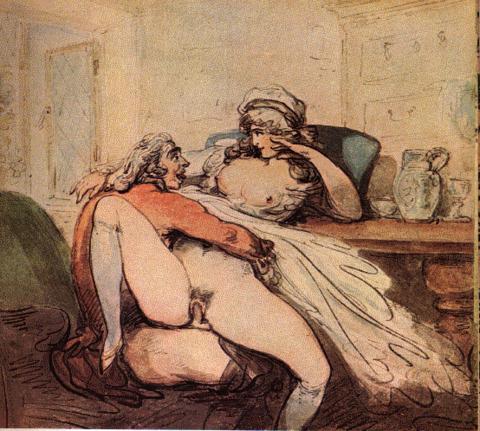 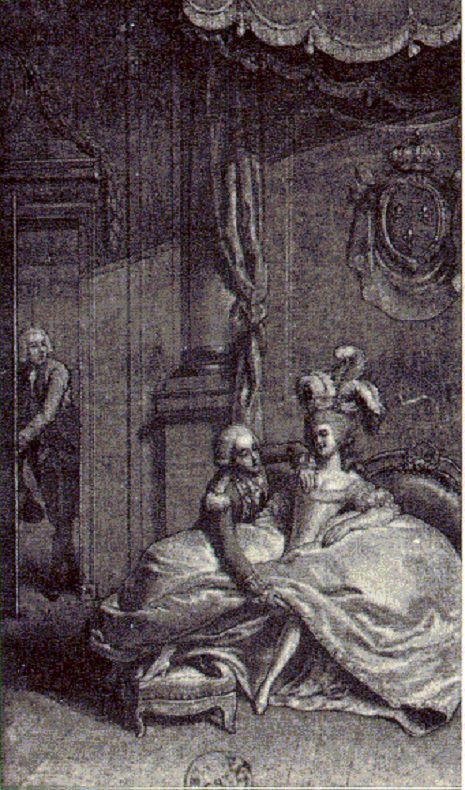 Marie Antoinette with the king’s younger brother, the Count d’Artois, as the king looks on. 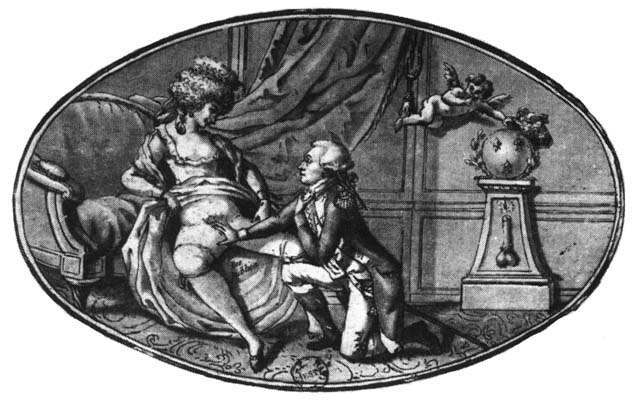 Above is a cartoon from 1789 showing General Lafayette on bended knee fondling the exposed “res publica” of Marie Antoinette. Via 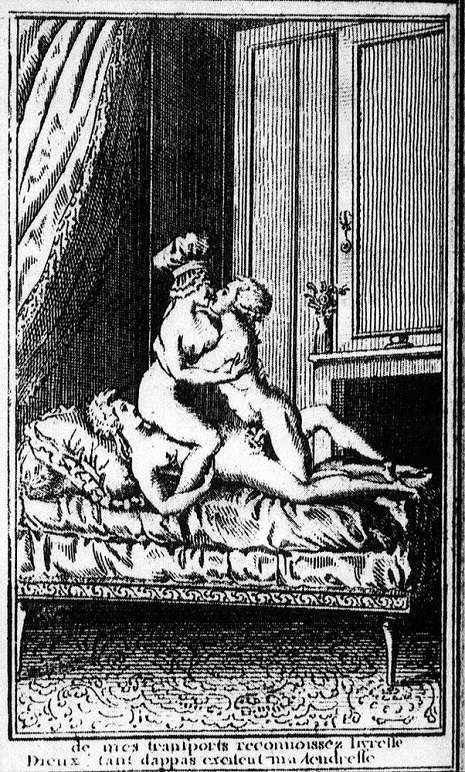 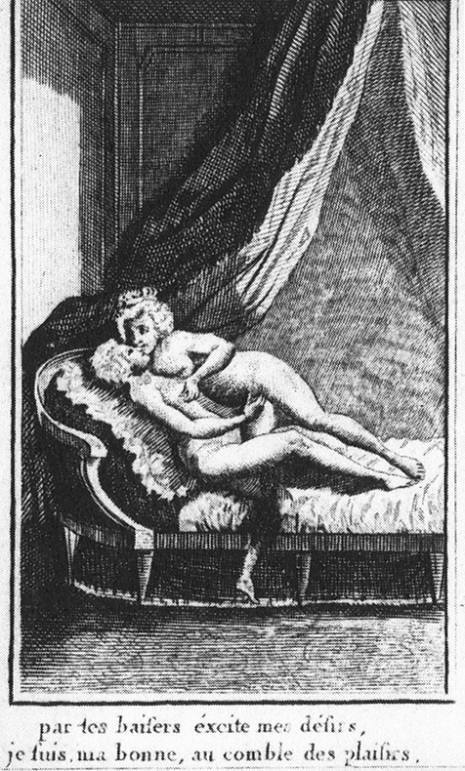 Typical lesbian depiction involving Marie Antoinette and the duchess of Pequigny. Louis Binet. From Marie-Jo Bonnet, Les Deux Amies (paris: Éditions Blanche, 200). Accessed at
Text reads: “With your kisses, excite my desires, I am, my darling, at the height of pleasure.” Via 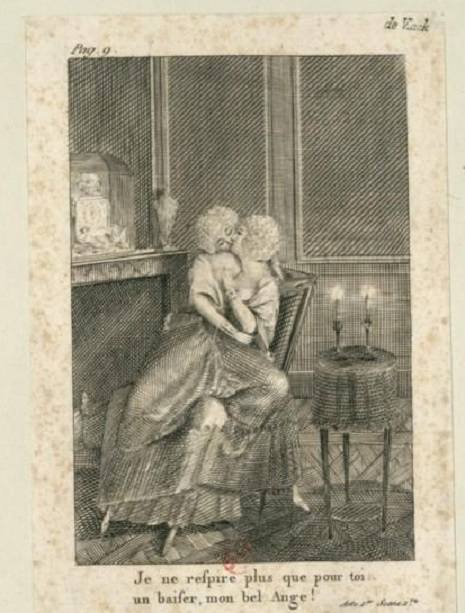