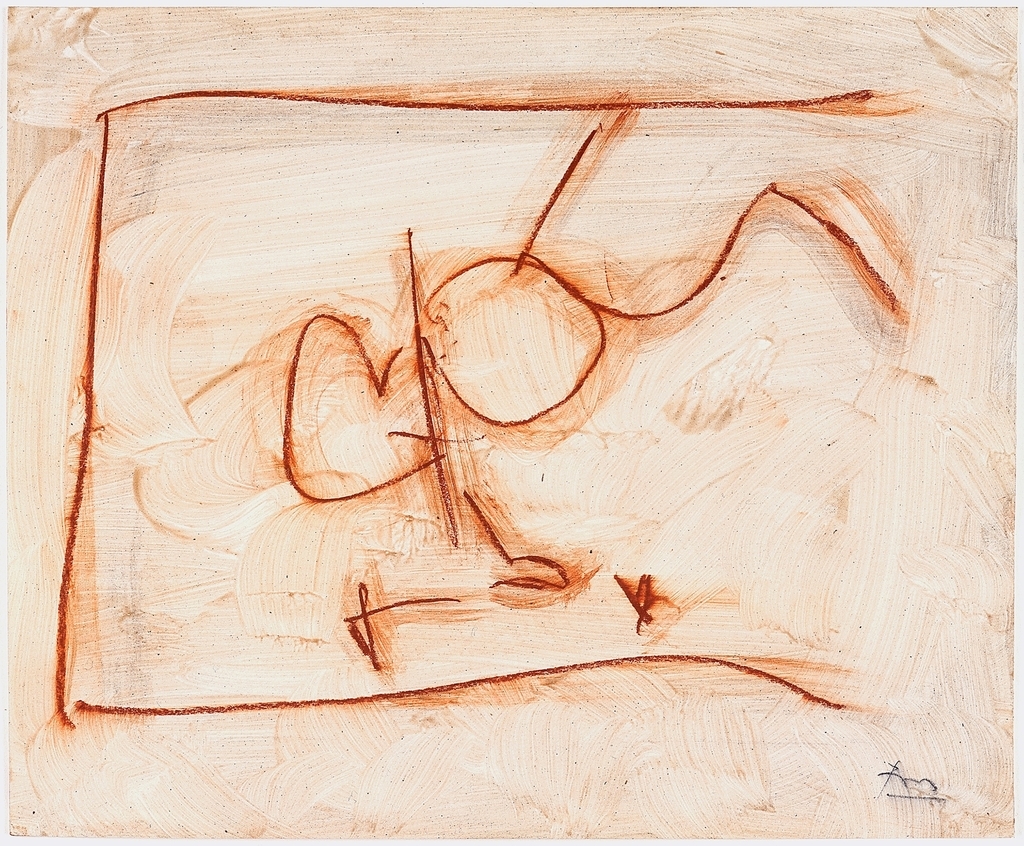 James Joyce (2 February 1882 – 13 January 1941) wrote Finnegans Wake “lying on his stomach in bed, with a large blue pencil, clad in a white coat, and composed most of Finnegans Wake with crayon pieces on cardboard,” says Maria Popova. “The large crayons… helped him see what he was writing, and the white coat helped reflect more light onto the page at night.”

The obituary of the writer who recognised the importance of keeping a notebook appeared thus in the NYTimes:

While living in Zurich Joyce began to suffer from severe ocular illness and eventually underwent at least ten operations on his eyes. For years he was almost totally blind and much of his later writing was done with red crayon on huge white sheets of paper.

Joyce’s use of red crayons introduces a neat link to Samuel Butler, who in the 1890s decided to translate the Greek text of the Odyssey into English prose “for the use of those who cannot read the original”. He used red crayon “to mark phrases and passages that crop up in the original Greek versions of both the Odyssey and the Iliad – evidence, as far as Butler was concerned, that the poems had different authors. ” Butler’s Odyssey is said to be one of only two translations James Joyce used in writing Ulysses. 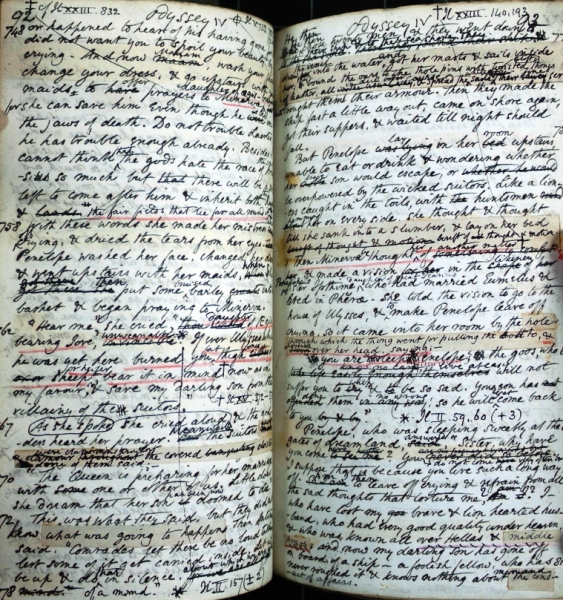 Butler’s translation of the Odyssey – with red crayon lines (Via)

“Joyce used a different colored crayon each time he went through a notebook incorporating notes into his draft,” adds Derek Attridge in a review of The Finnegans Wake Notebooks at Buffalo. These color-coded crayon illustrations were “a scrupulousness which has never been satisfactorily explained”.

And it’s all steeped in deep meaning, of course, Unless the writer was a great marketeer and spinning myth? As he said: “I’ve put in so many enigmas and puzzles that it will keep the professors busy for centuries arguing over what I meant – and that’s the only way of insuring one’s immortality.” 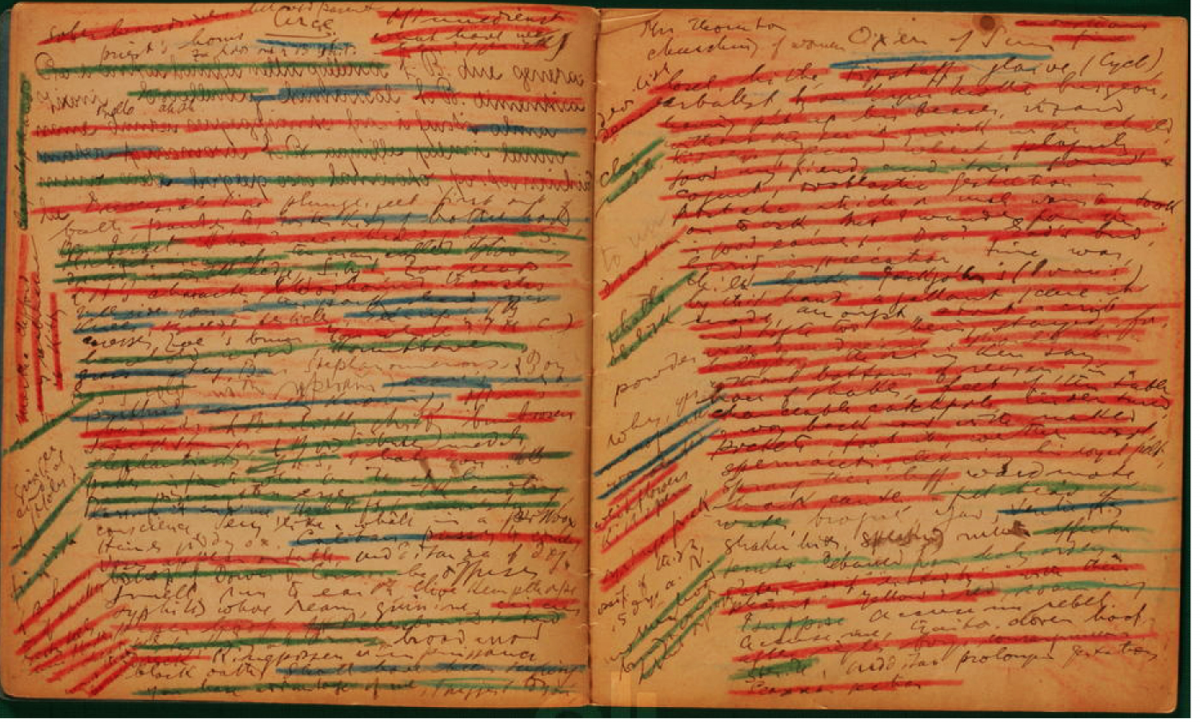 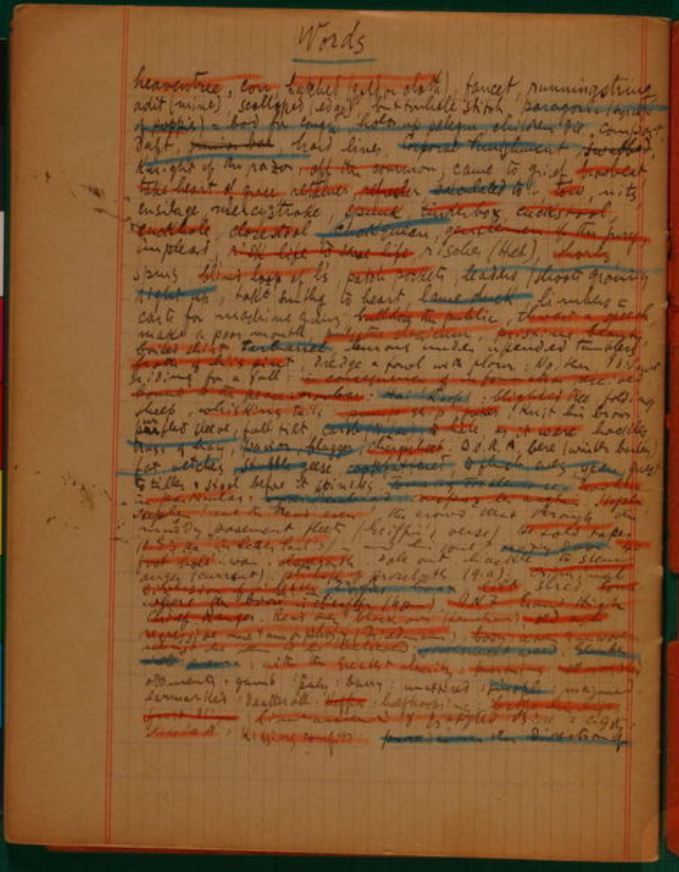 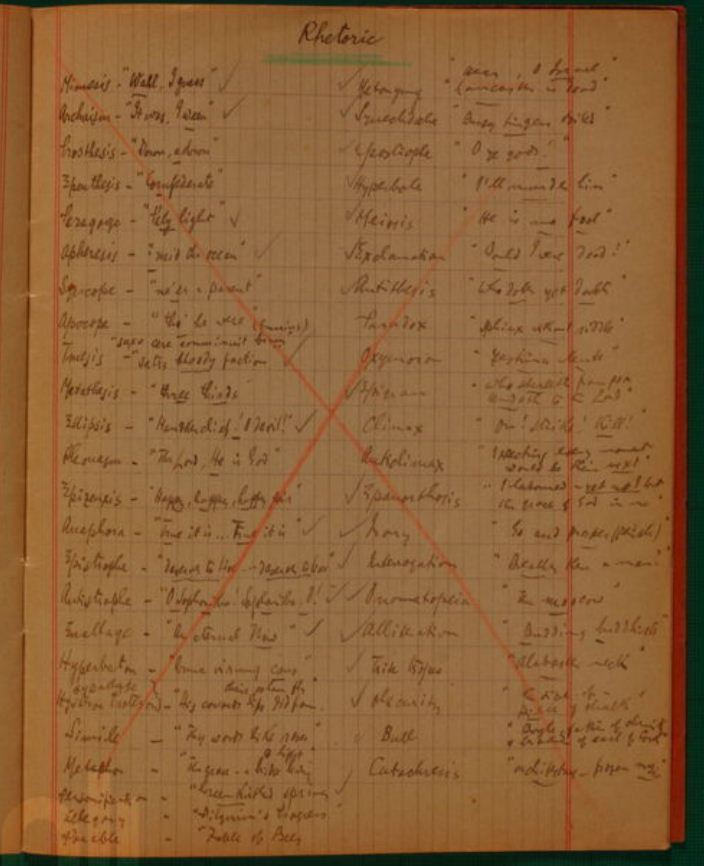 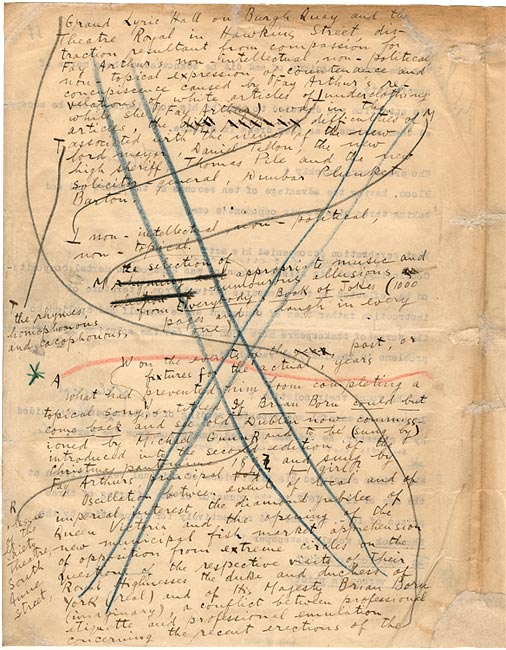