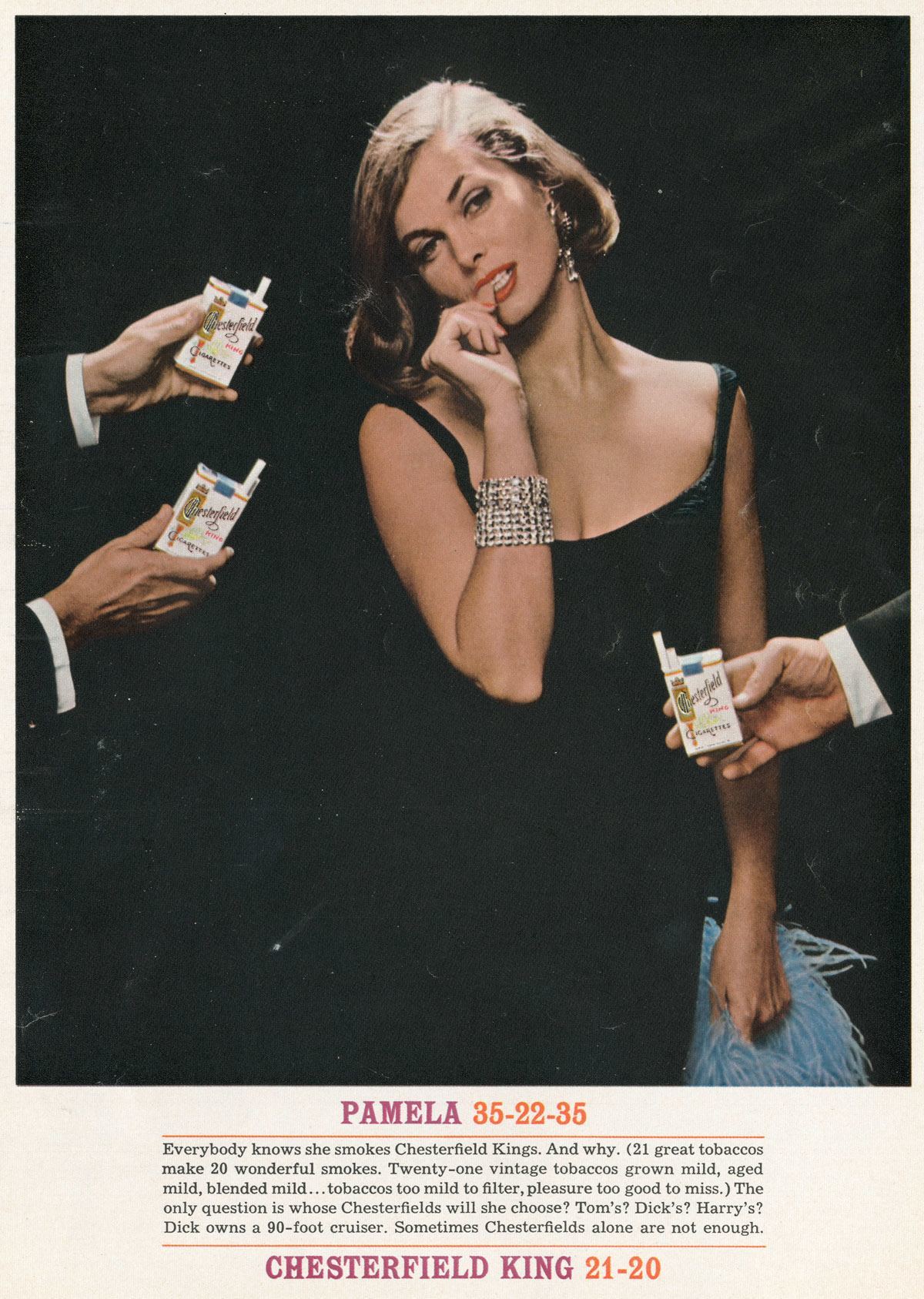 James Bond, not unlike his creator, was a heavy smoker, and by today’s standards, a very heavy smoker indeed – at one point smoking 70 cigarettes a day. In Thunderball, when at a health farm to get fit, he cut down to a mere 20. Bond had his cigarettes custom-made by Morland of Grosvenor Street, mixing Balkan and Turkish tobacco which unwisely, considering the amount he smoked, had a higher nicotine content than normal. Ian Fleming also bought his cigarettes from Morland and was known to smoke up to 80 a day.

When his normal Morland cigarettes were unavailable Bond went for Chesterfield King-size and this brand pops up often throughout Ian Fleming’s Bond novels.

In Casino Royale, Chesterfield is the brand that American agent Felix Leiter is smoking when he and Bond meet for a first drink:

Leiter shook a Chesterfield out of his pack. ‘I’m glad to be working with you on this job,’ he said, looking into his drink. 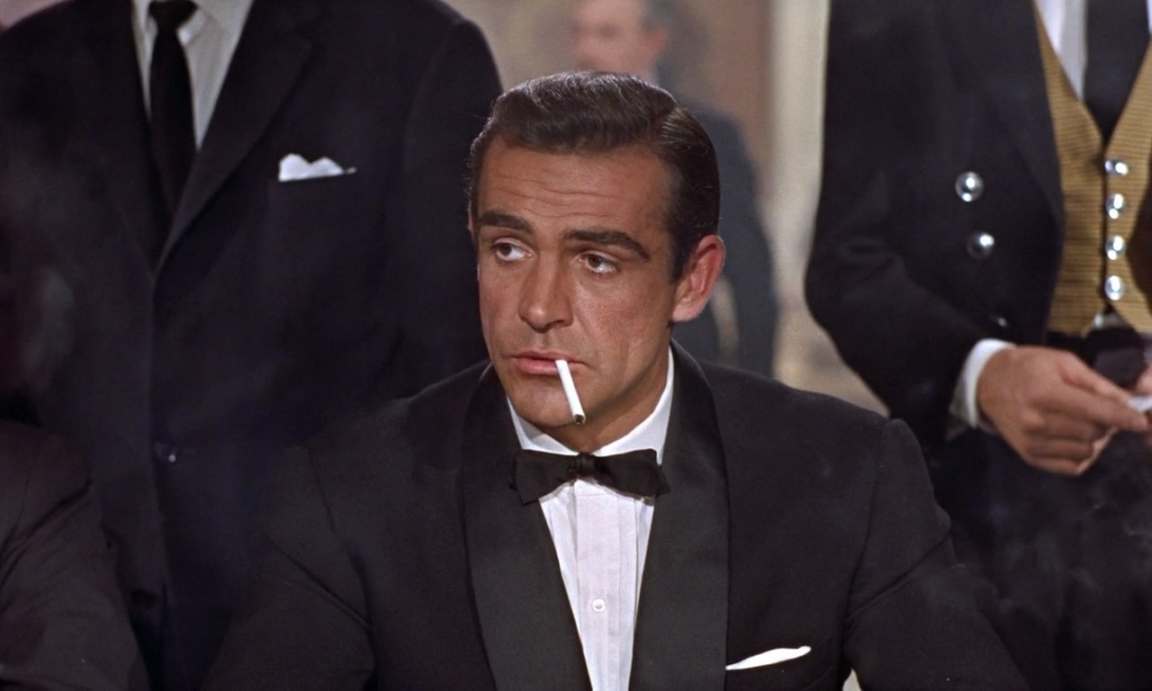 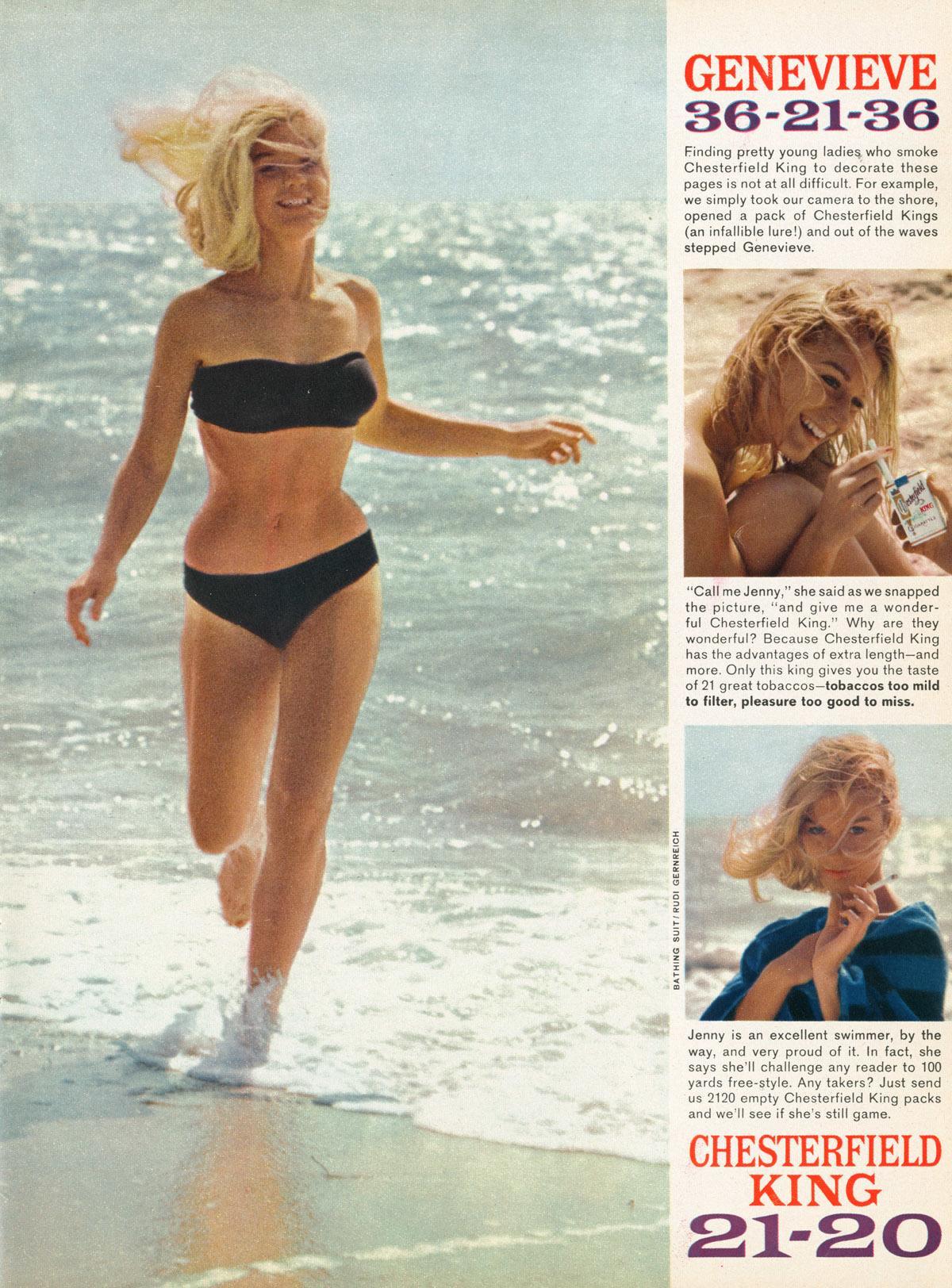 “Call me Jenny,” she said as we snapped the picture, “and give me a wonderful Chesterfield King.”

In the Live and Let Die novel, Bond is shown twice smoking Chesterfields:

Bond slit open a fresh pack of King Size Chesterfields with his thumb-nail, as he settled back in his comfortable chair in the warm luxurious room, his mind went back two weeks to the bitter raw day in early January when he had walked out of his Chelsea flat into the dreary half-light of a London fog.

And later on a train accompanied by Solitaire:

He dug in his pocket for his cigarettes and lighter. It was a new pack of Chesterfields and with his right hand he scrabbled at the cellophane wrapper.

In the end Solitaire opens the pack, removes a cigarette and lights it for him, only to be told that she is going to be busy as he smokes three packs a day… 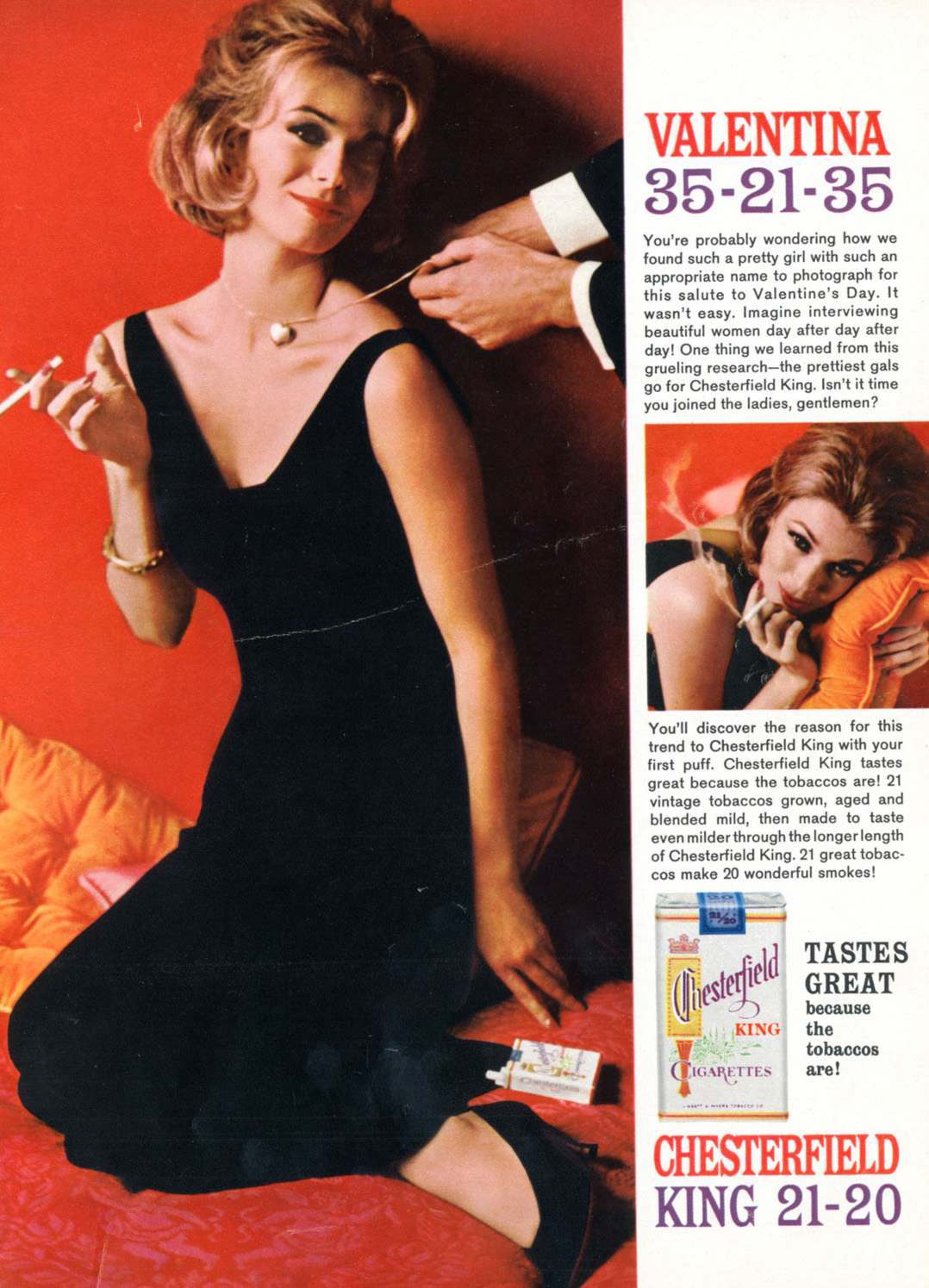 “the prettiest gals go for Chesterfield King. Isn’t it time you joined the ladies, gentlemen?”

In the 1959 novel Goldfinger, James Bond demands of Goldfinger’s servant:

Oddjob, I want a lot of food, quickly. And a bottle of bourbon, soda and ice. Also a carton of Chesterfields, king-size, and either my own watch or another one as good as mine. Quick march! Chop-chop!

When Bond finally learns the details of Goldfinger’s plan:

he reached inside his coat pocket for the Chesterfields and lit one. 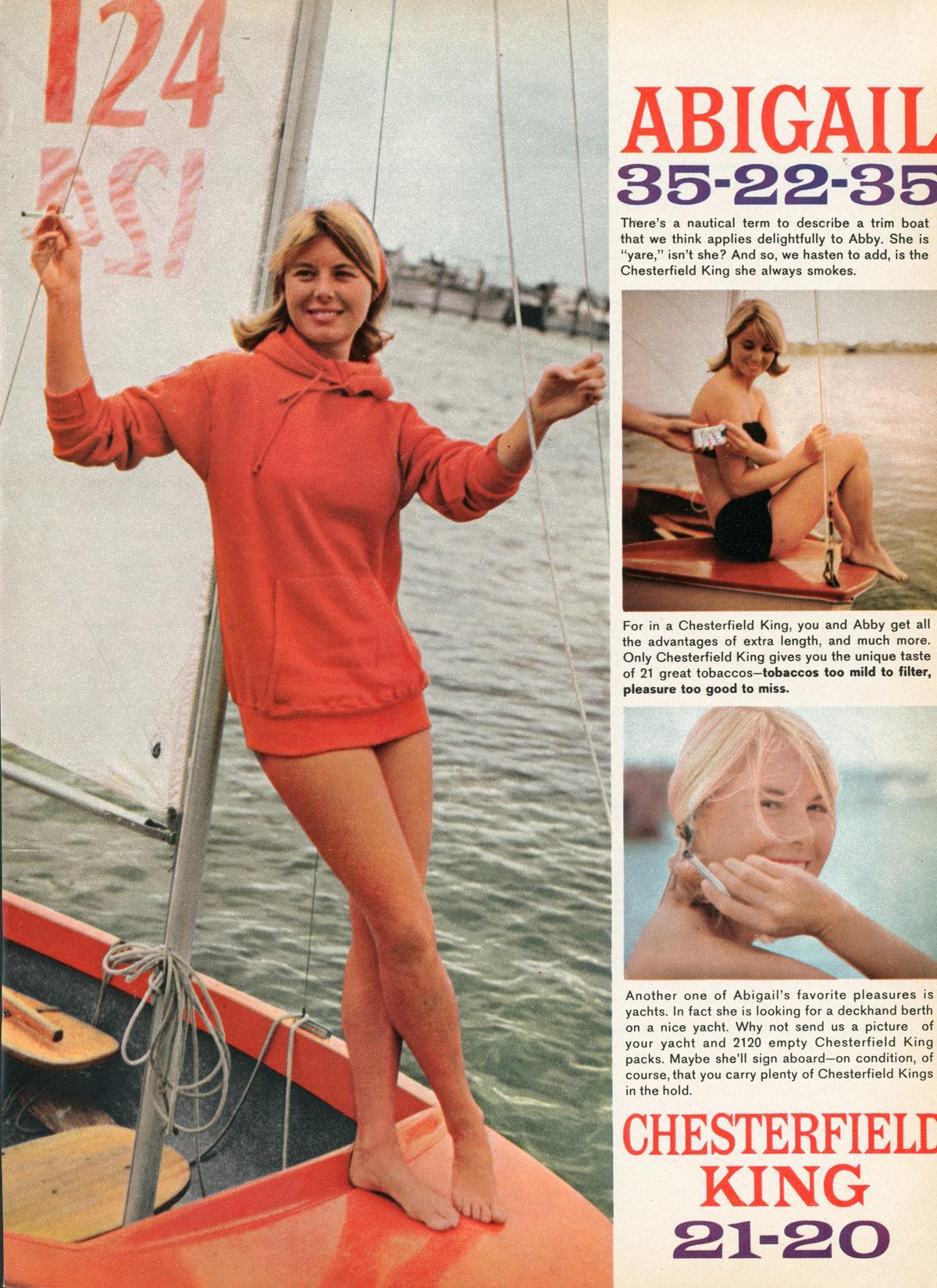 “In a Chesterfield King, you and Abby get all the advantages of extra length, and much more.” 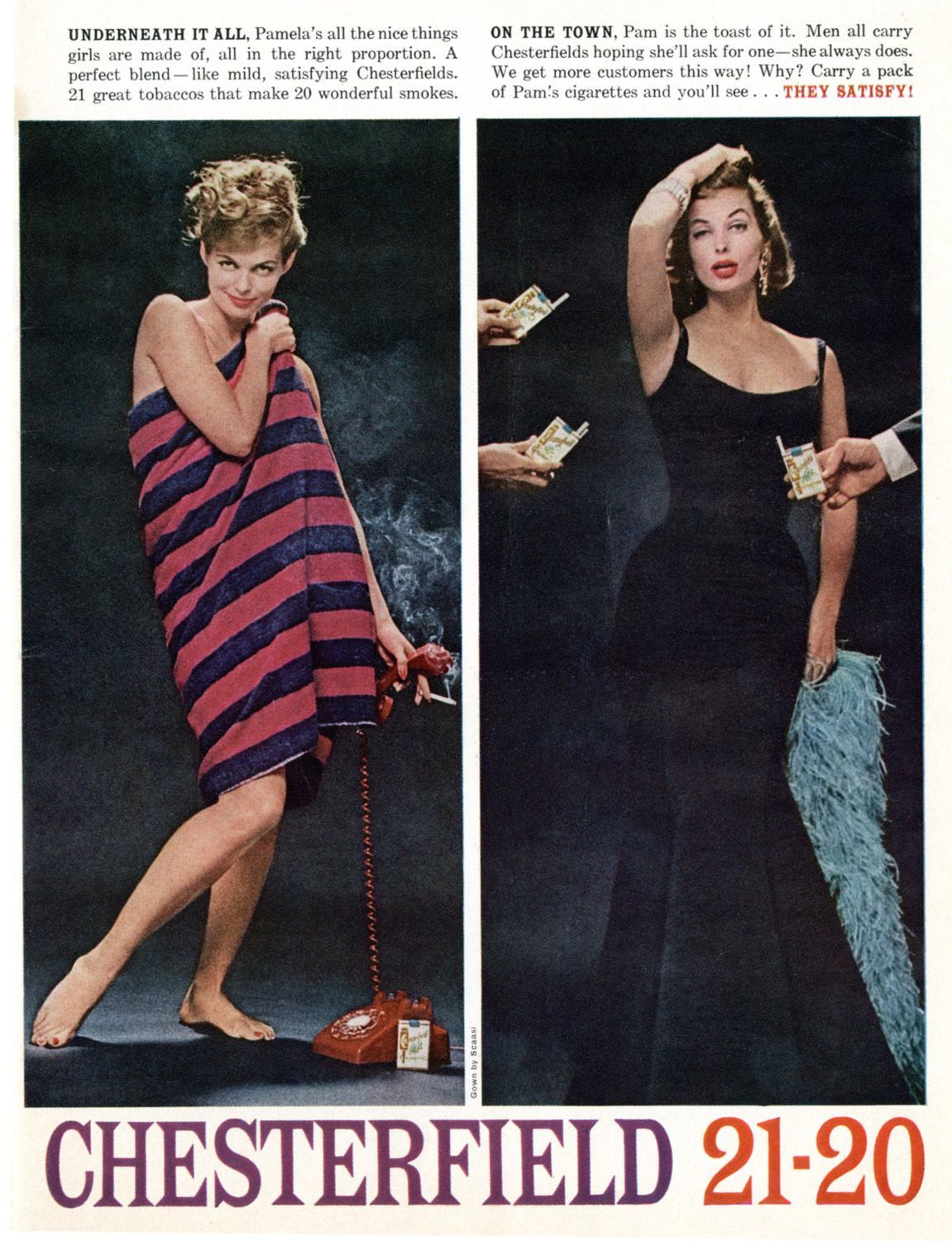 “On the town, Pam is the toast of it. Men all carry Chesterfields hoping she’ll ask for one – she always does.”

When Bond returns back to the US in The Spy Who Loved Me, he proffers Viv a cigarette after she offers to make him some scrambled eggs for breakfast.

Have one? Senior Service. I suppose it’ll have to be Chesterfields from now on.’ His mouth turned slightly down as he smiled 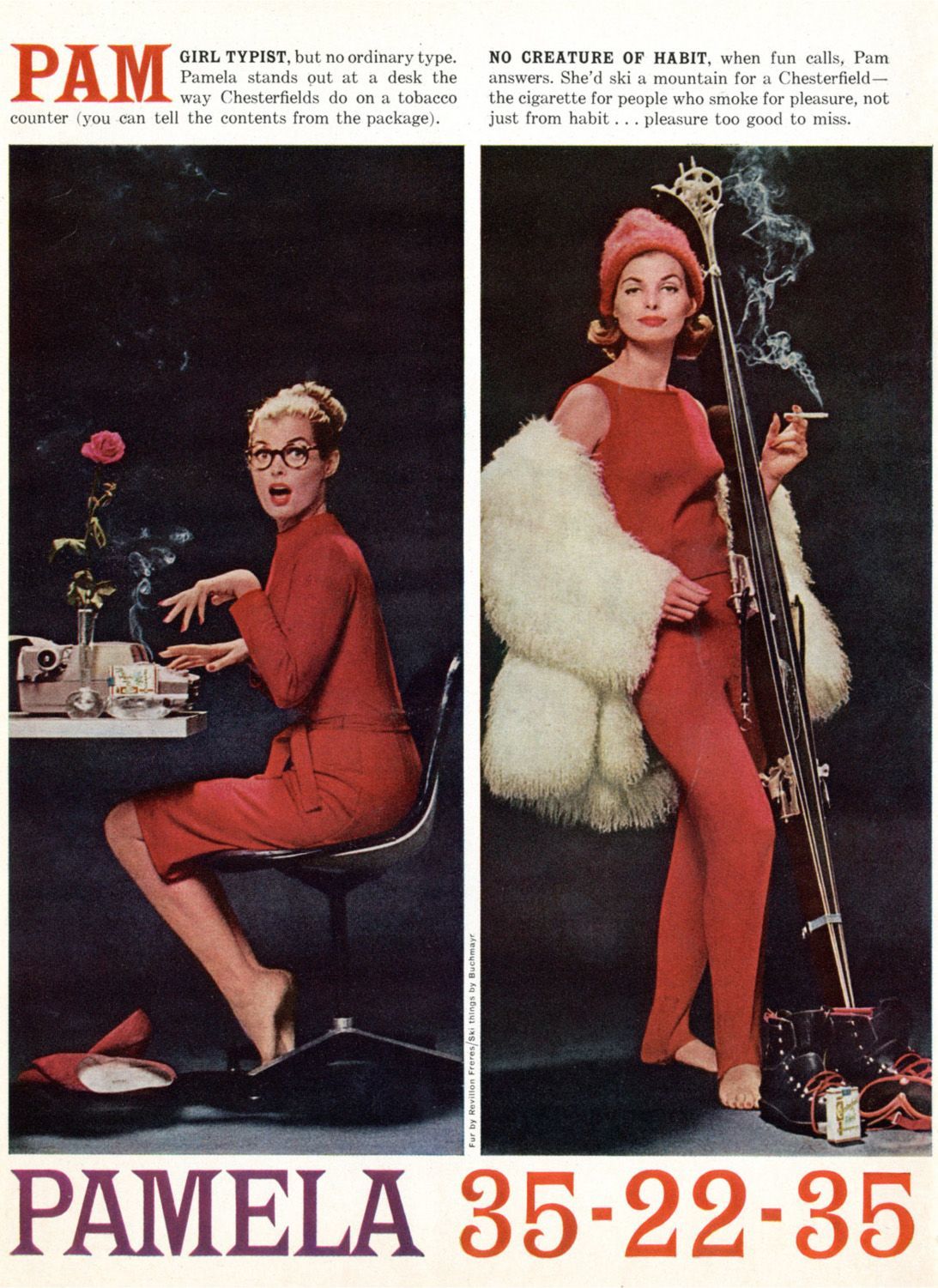 “Girl typist, but no ordinary type. Pamela stands out a a desk the way Chesterfields do on a tobacco counter (you can tell the contents from the package). 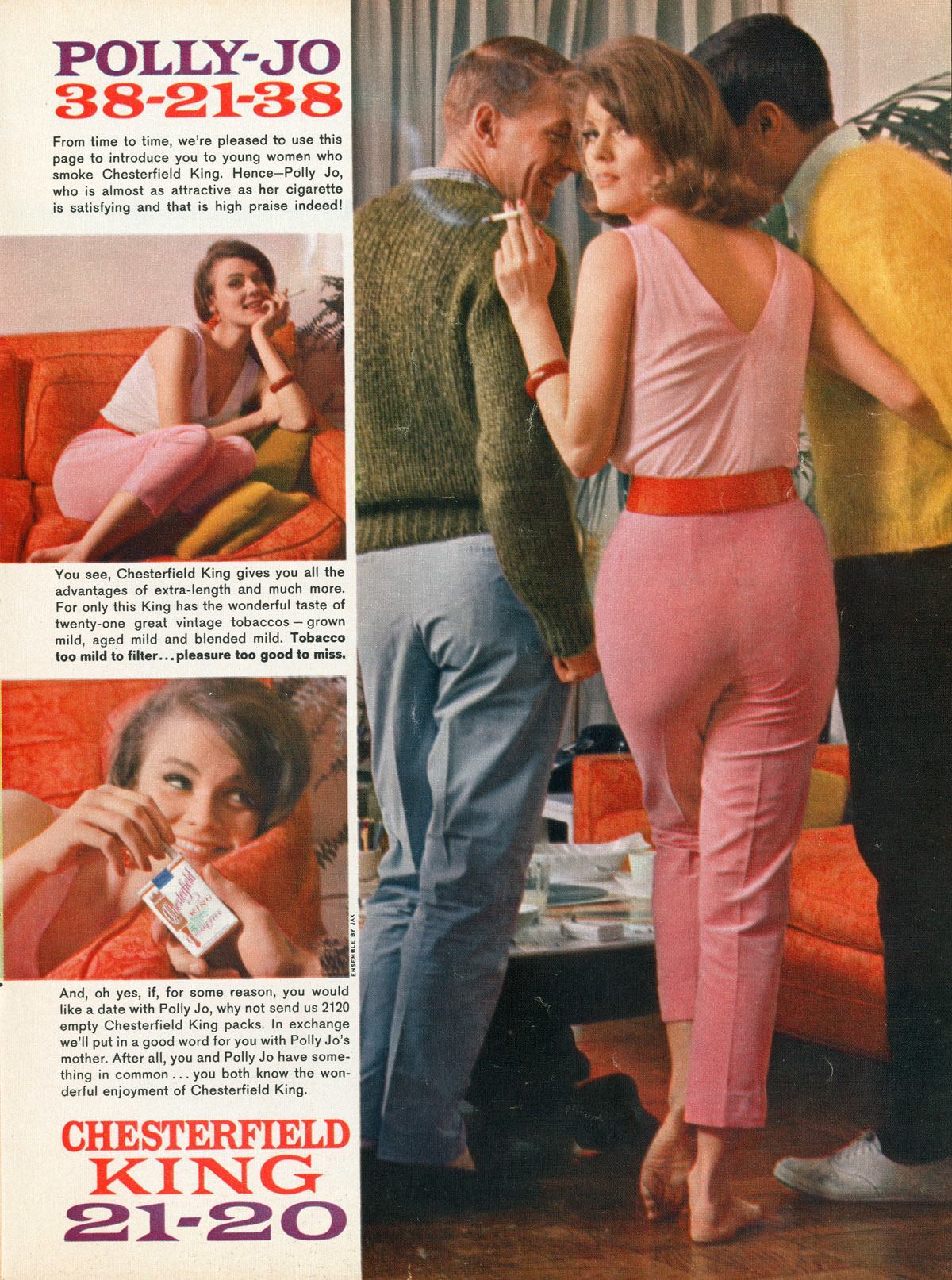 “Polly-Jo , who is almost as attractive as her cigarette is satisfying and that is high praise indeed!” 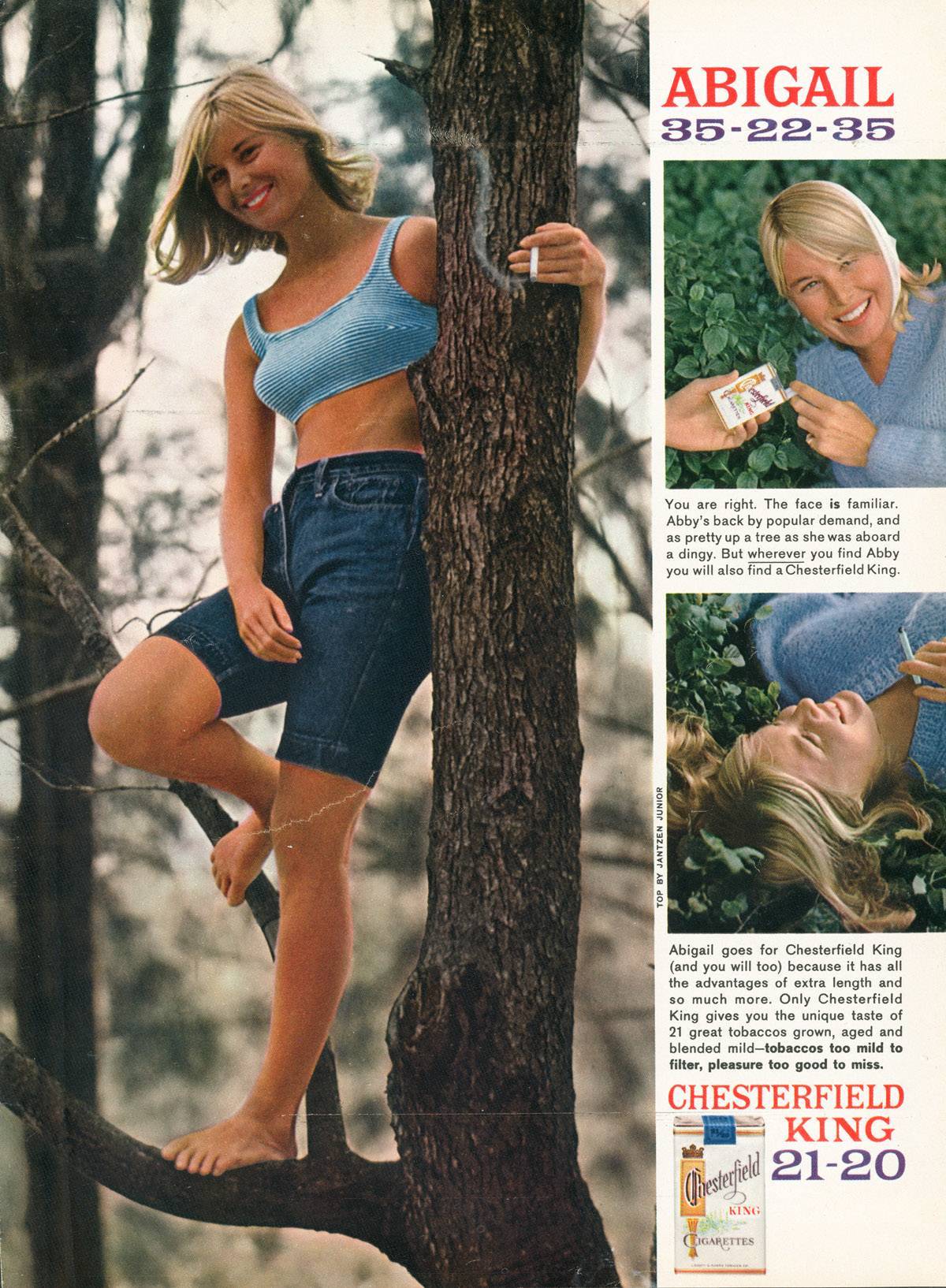 “Abigail goes for Chesterfield King (and you will too) because it has all the advantages of extra length and so much more.”