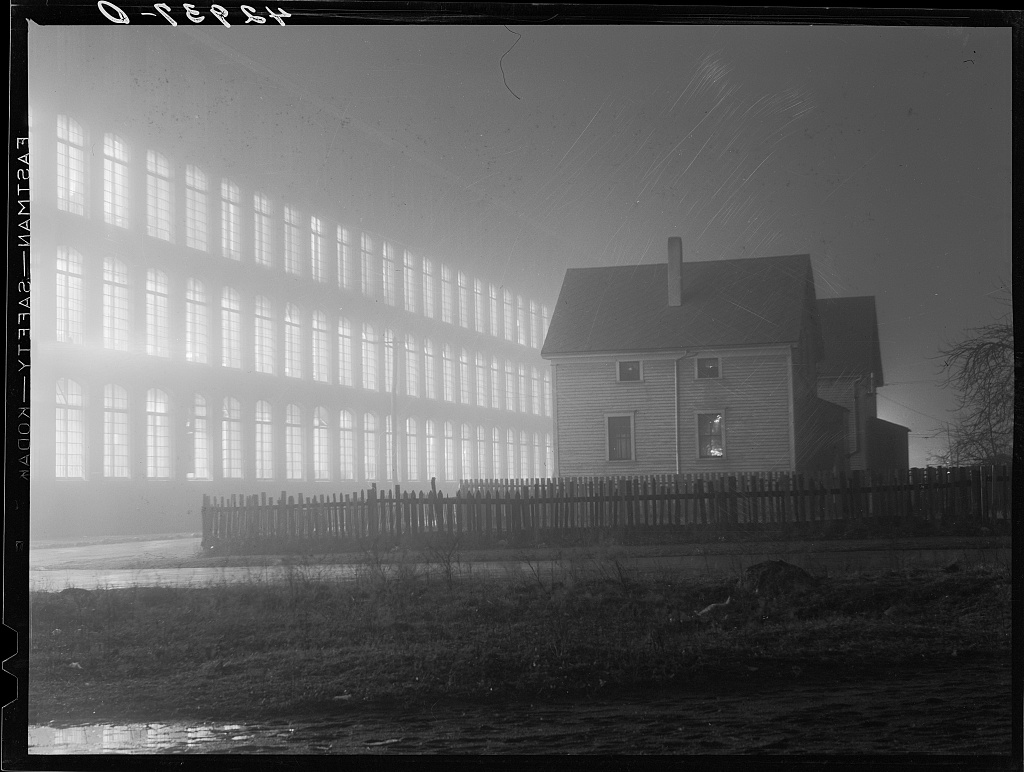 Jack Delano’s portraits of bootleg Pennsylvania coal miners caught the eye of Paul Strand, who recommended him to Paul Stryker, director of the Farm Security Administration. In late 1940 and early 194, Delano recorded life in Massachusetts. 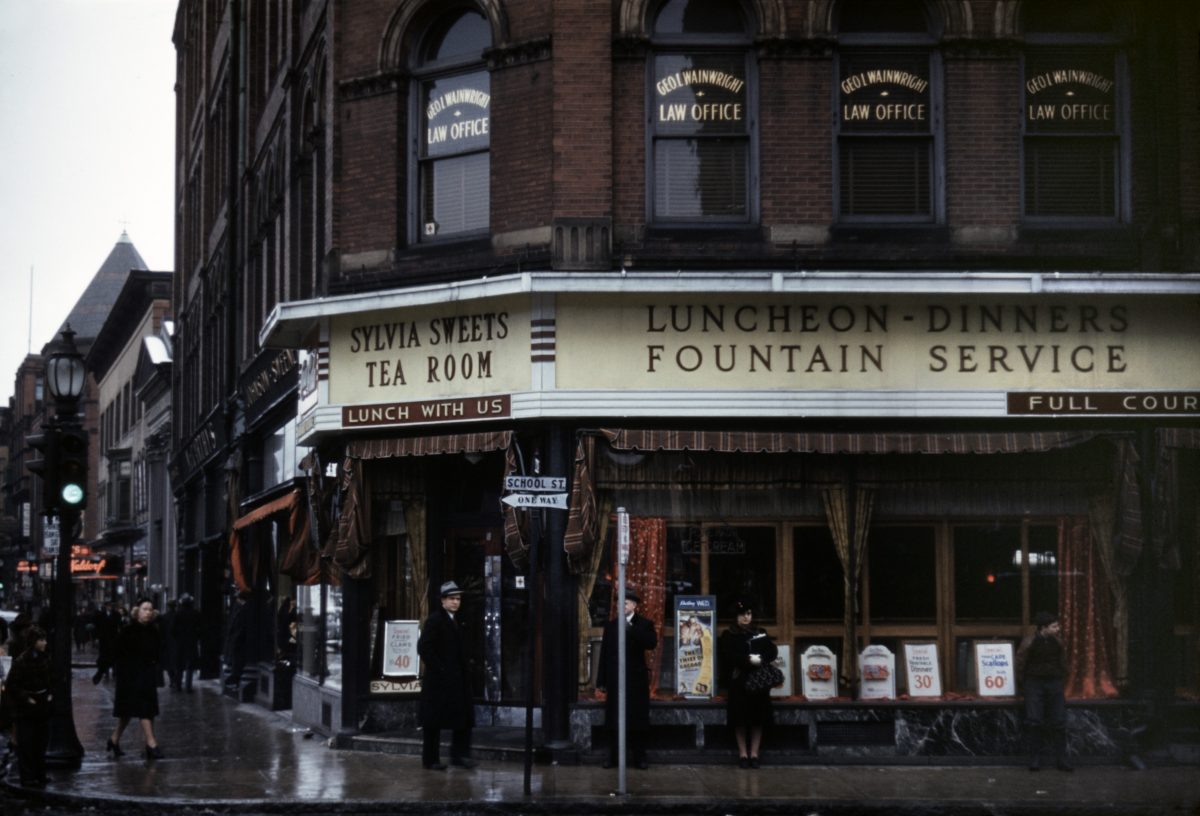 “To do justice to the subject has always been my main concern,” Jack Delano wrote in his autobiography Photographic Memories. “Light, color, texture and so on are, to me, important only as they contribute to the honest portrayal of what is in front of the camera, not as ends in themselves.”
– Jack Delano 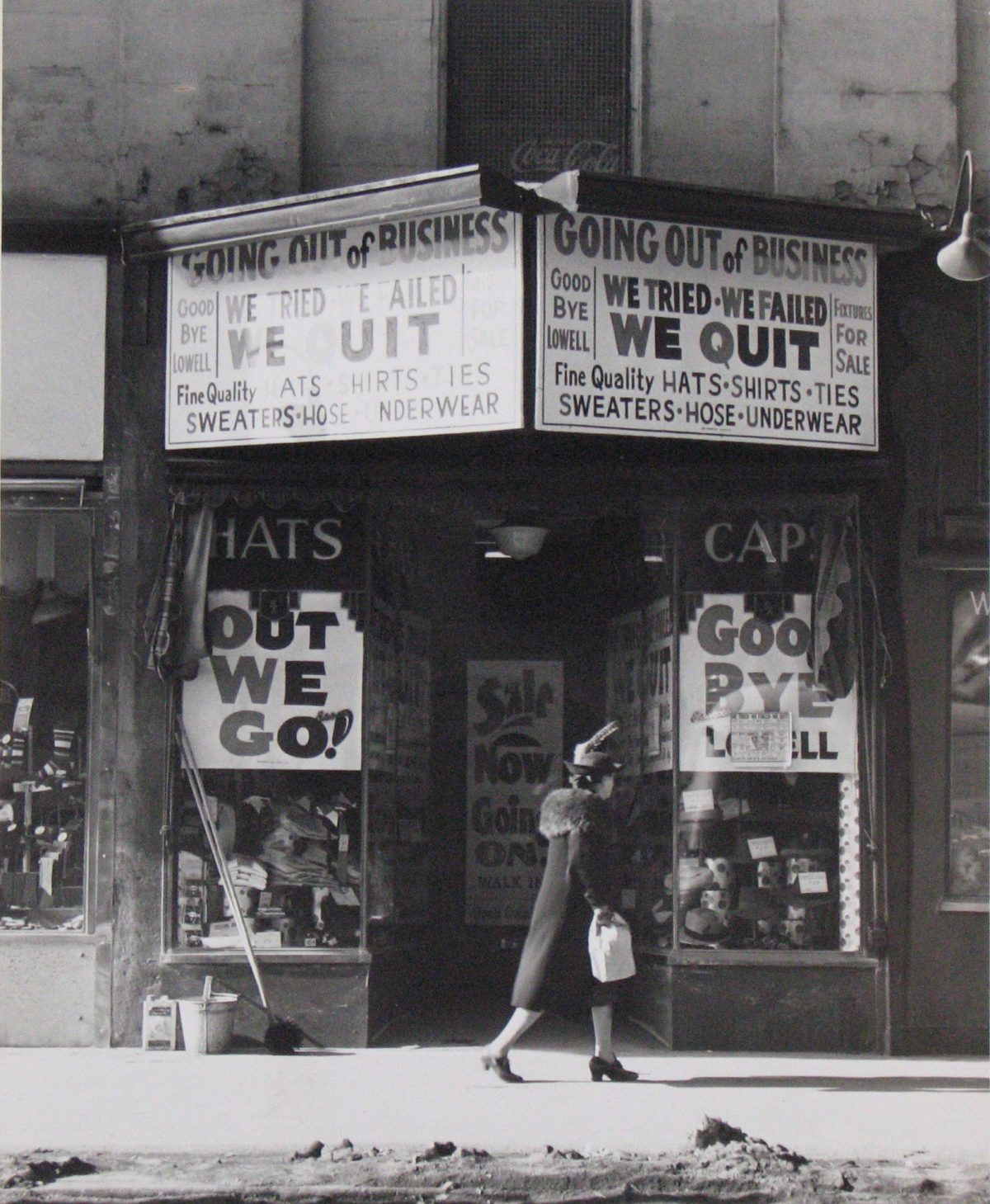 Jack Delano was born Jacob Ovcharov in 1914 in Voroshilovka, Ukraine. in 1923 he family fled and began new lives in Philadelphia. His new name was the result of his admiraion for the boxer Jack Dempsey and classmates urging him to adopt a less foreign surname; one girl suggested her own. Jack Delano was made. 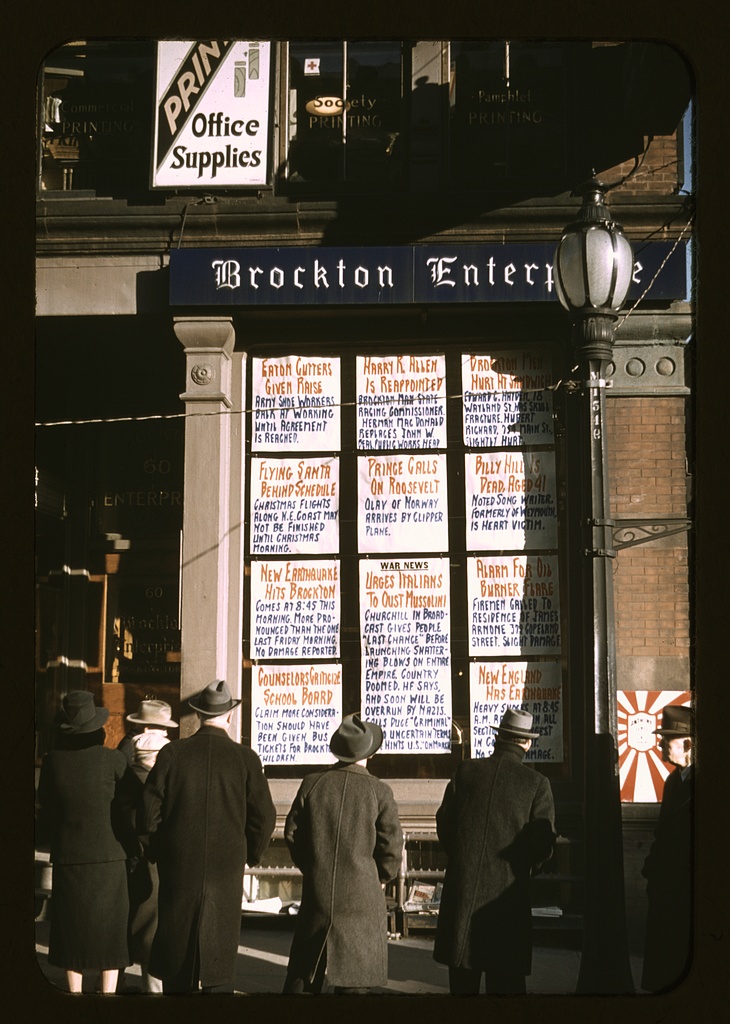 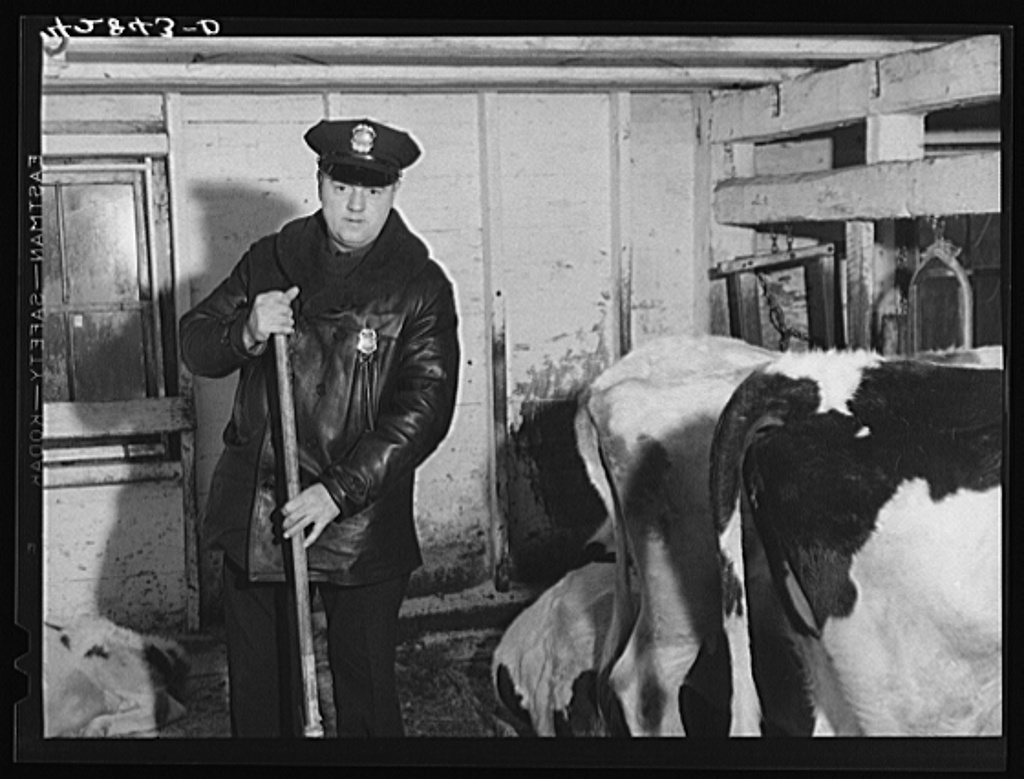 William Green, Raynham, Massachusetts. He lives on a farm with his mother, who has fifteen cows and ten acres of land. Mr. Green has six children and works as a policeman at nearby Camp Edwards Jan 1941

“I thought the camera could be a means of communicating how I felt about the problems facing the country and that therefore I could perhaps influence the course of events. I thought I could portray ordinary working people in photographs with the same compassion and understanding that Van Gogh had shown for the peasants of Holland with pencil and paintbrush.”
– Jack Delano 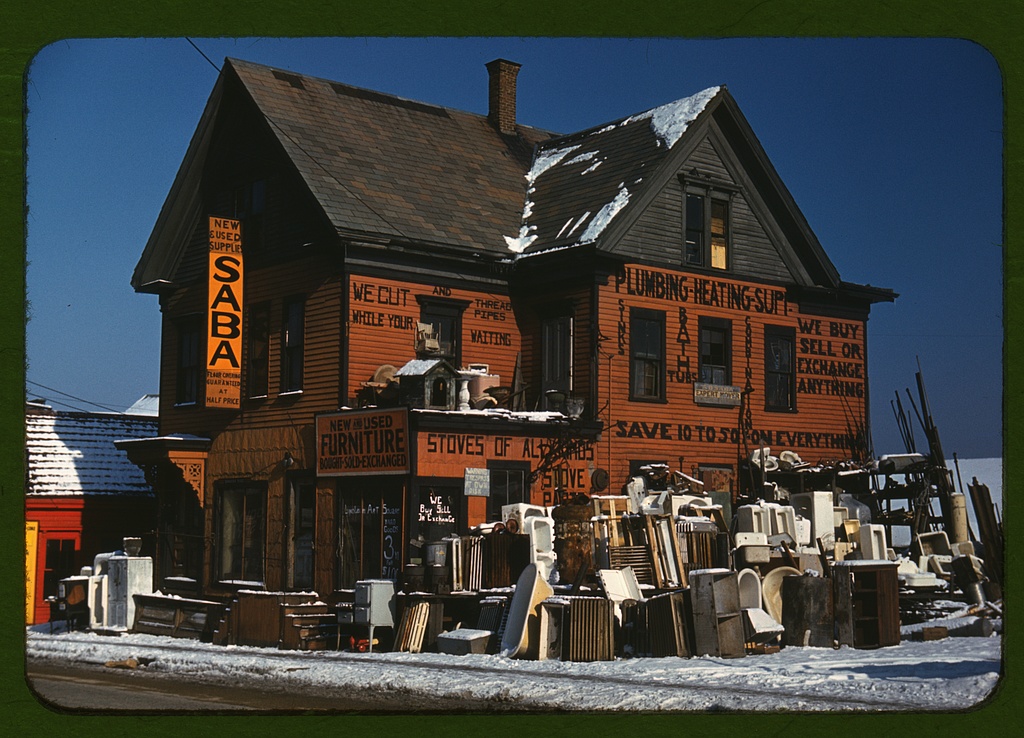 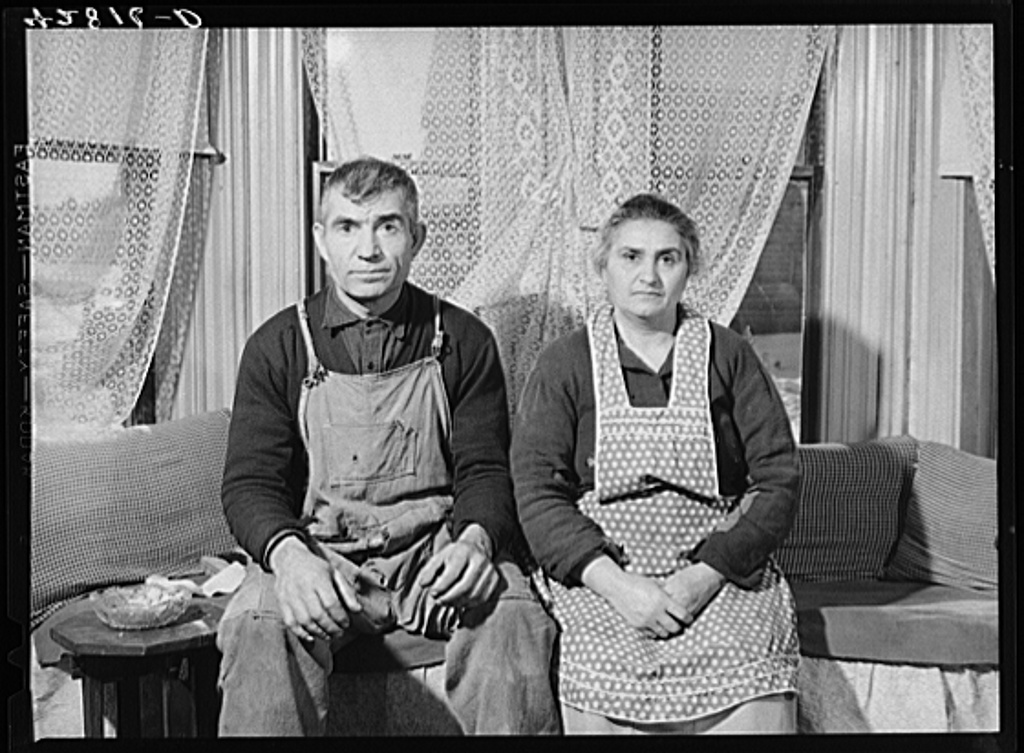 Mr. and Mrs. Ovgen Arakelian, Armenian vegetable farmers in West Andover, Massachusetts. They have an eleven-acre farm and a son works in a blanket factory in Lowell to help support the family Jan 1941 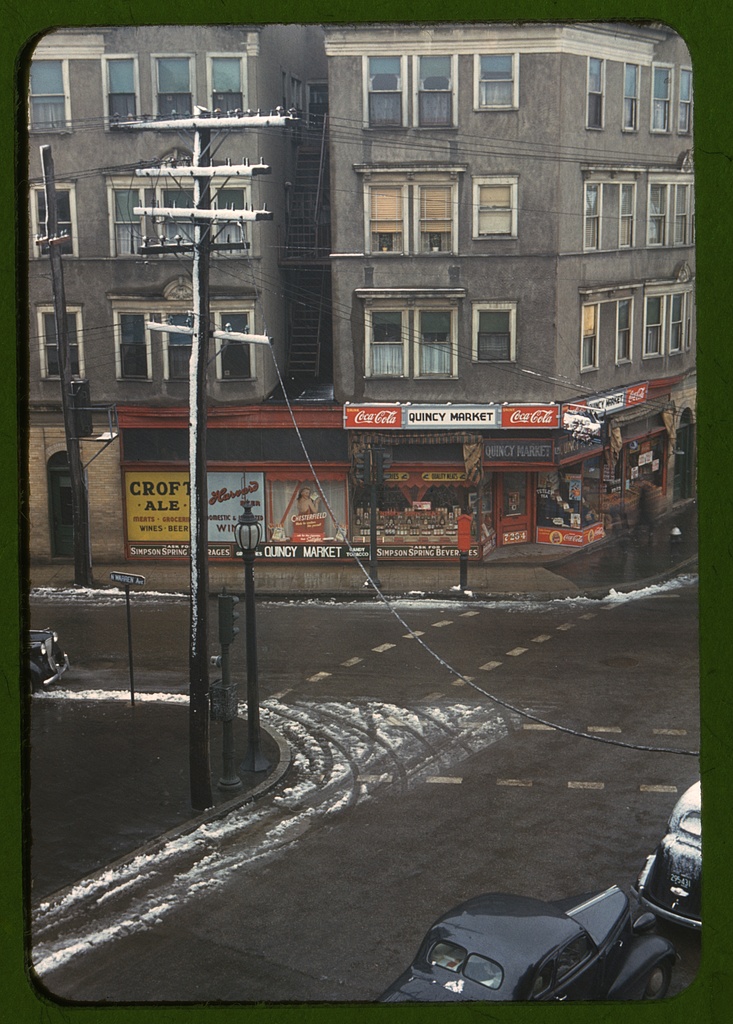 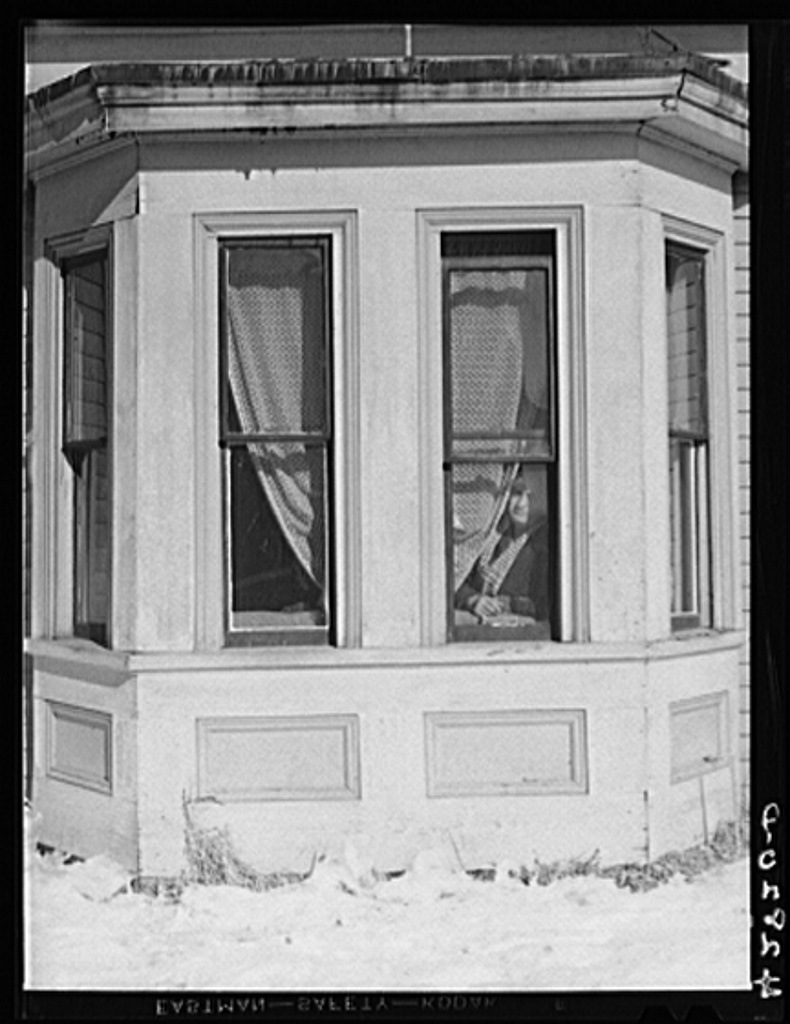 I think the great thing about the Farm Security photographs, regardless of the artistic merit of any individual photograph, is that they were all being done in a search for the heart of the American people. This is what we were skirting all the time and feeling the pulse of the nation through its people.
– Jack Delano 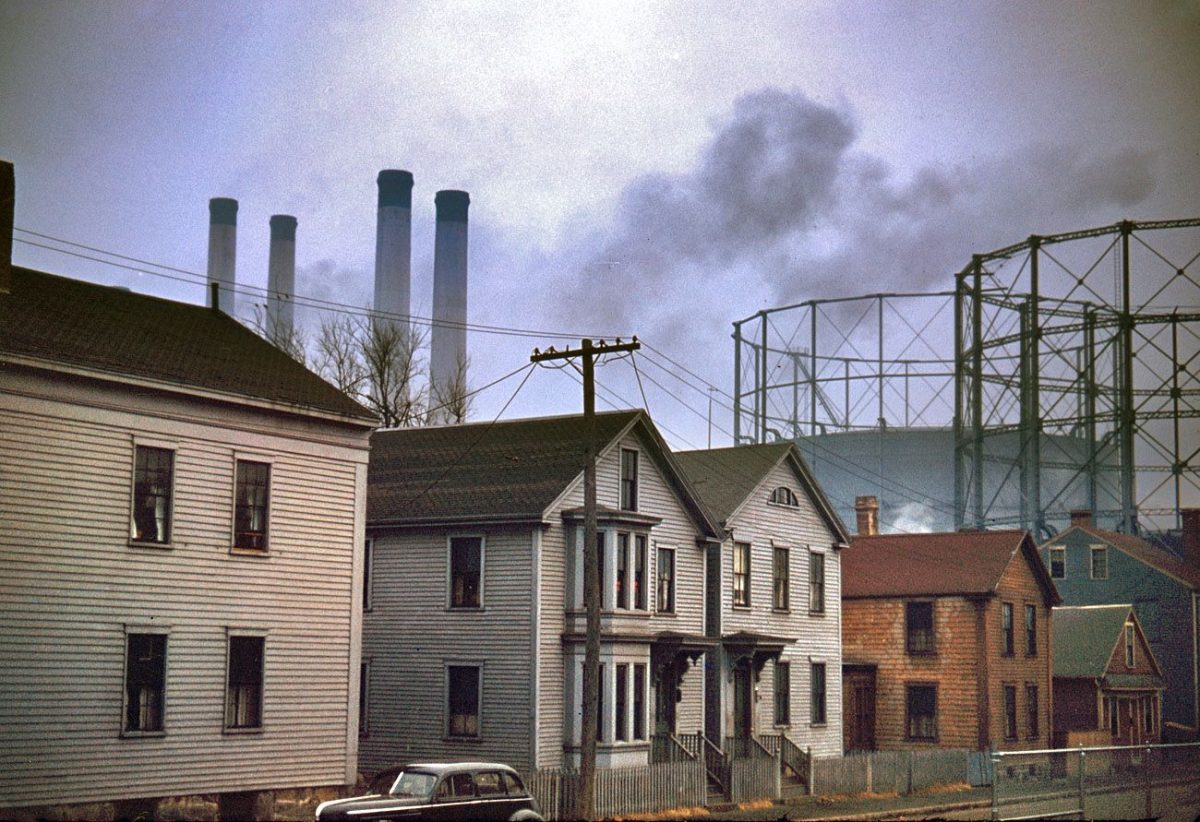 Near the waterfront, New Bedford, Massachusetts 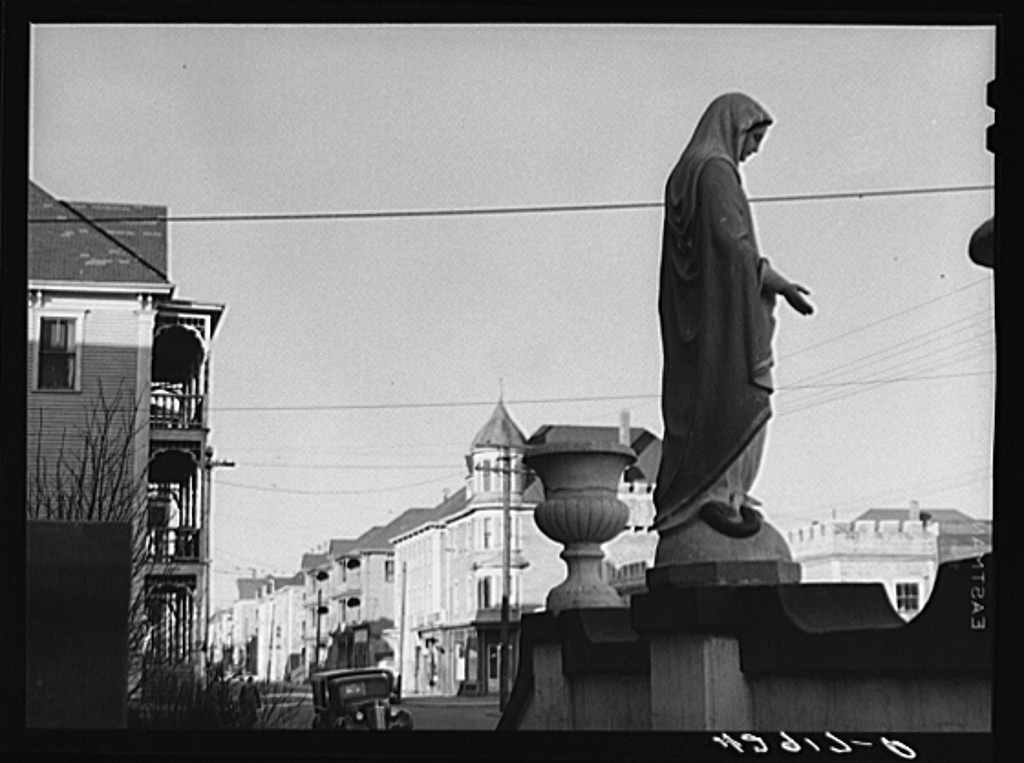 Madonna in front of church on a street in New Bedford, Massachusetts Jan 1941 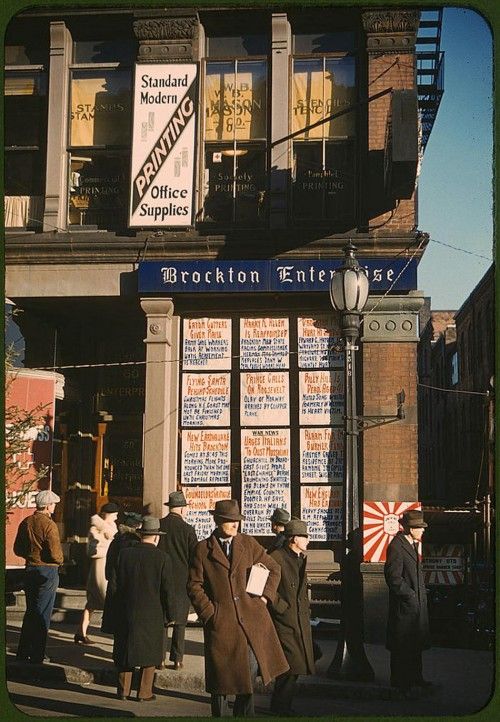 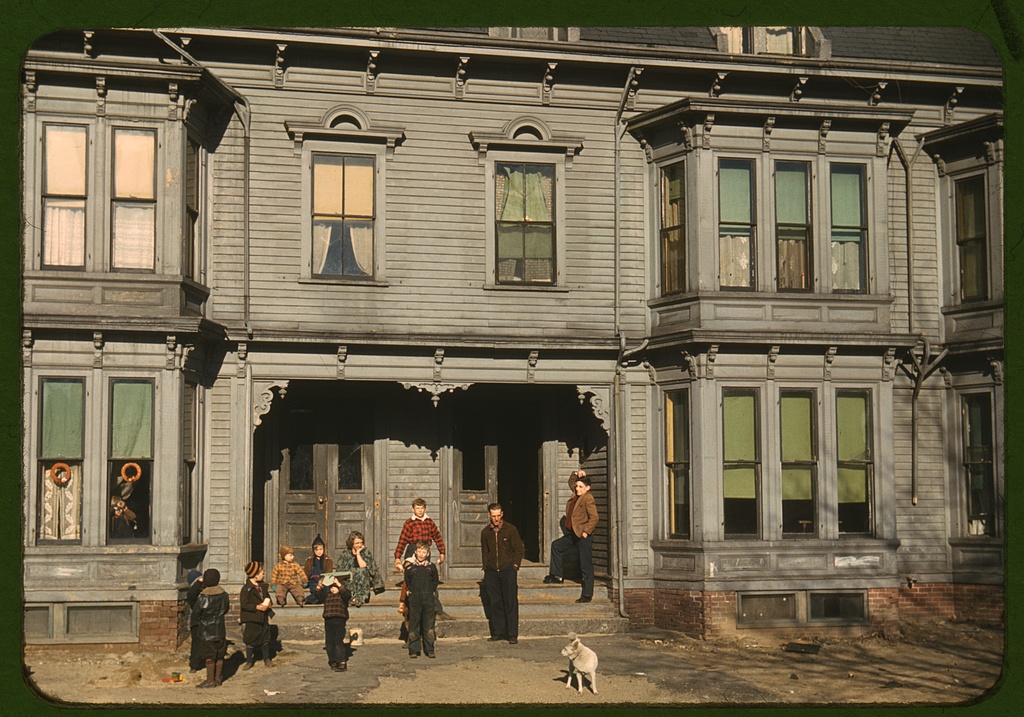 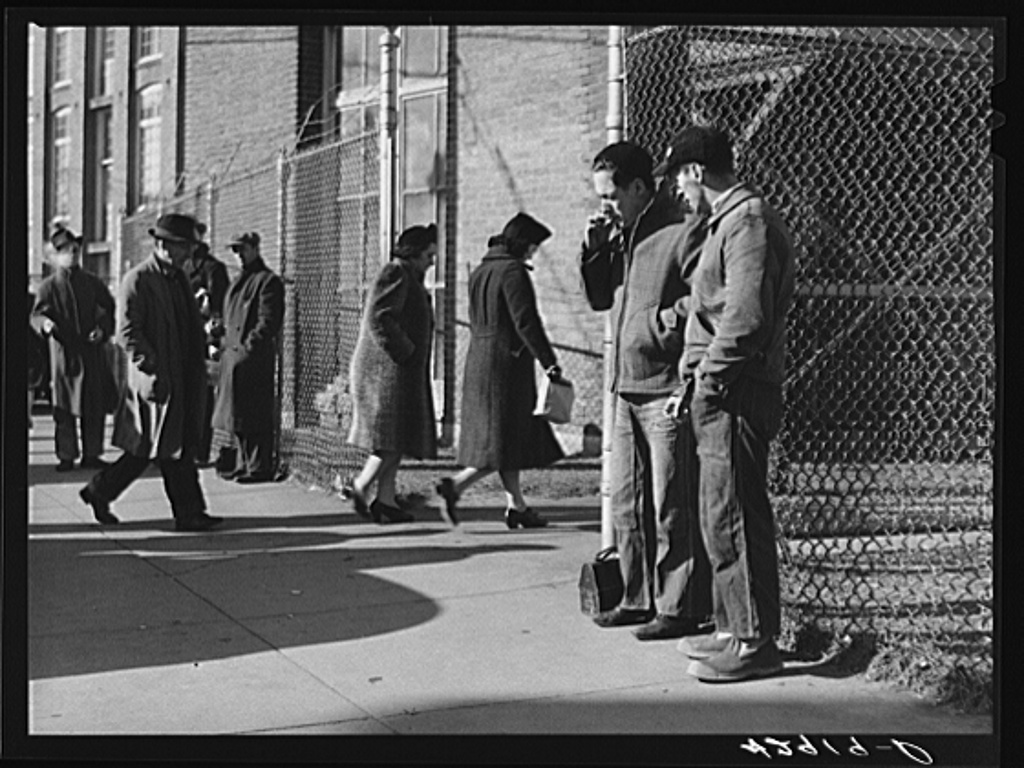 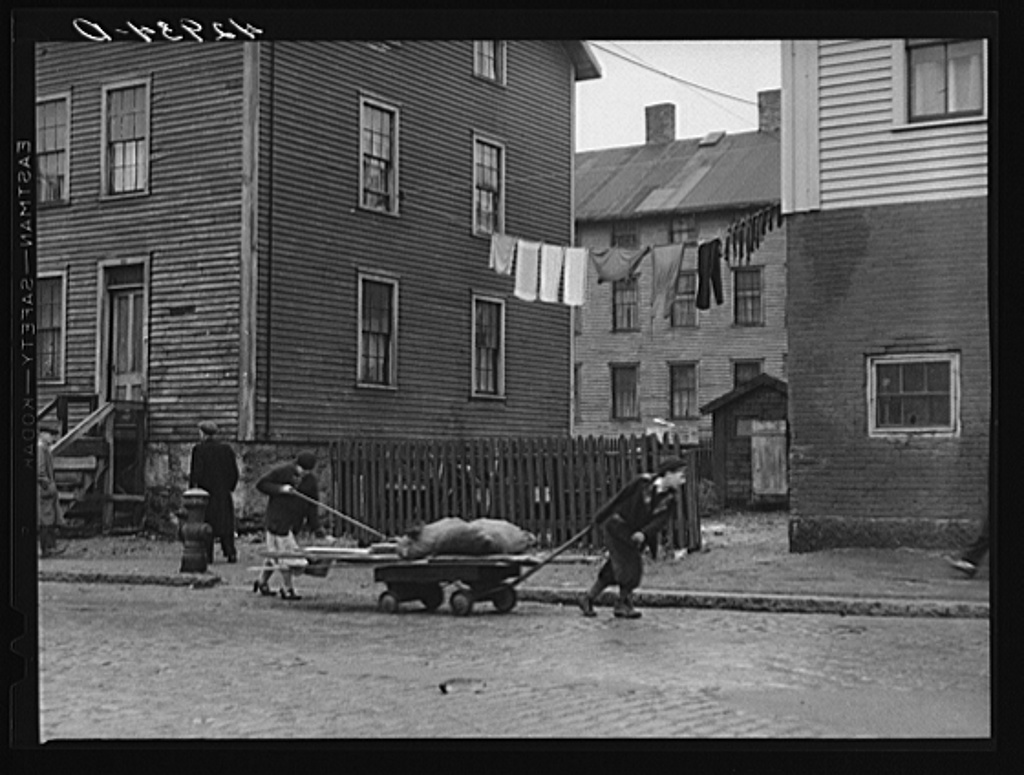 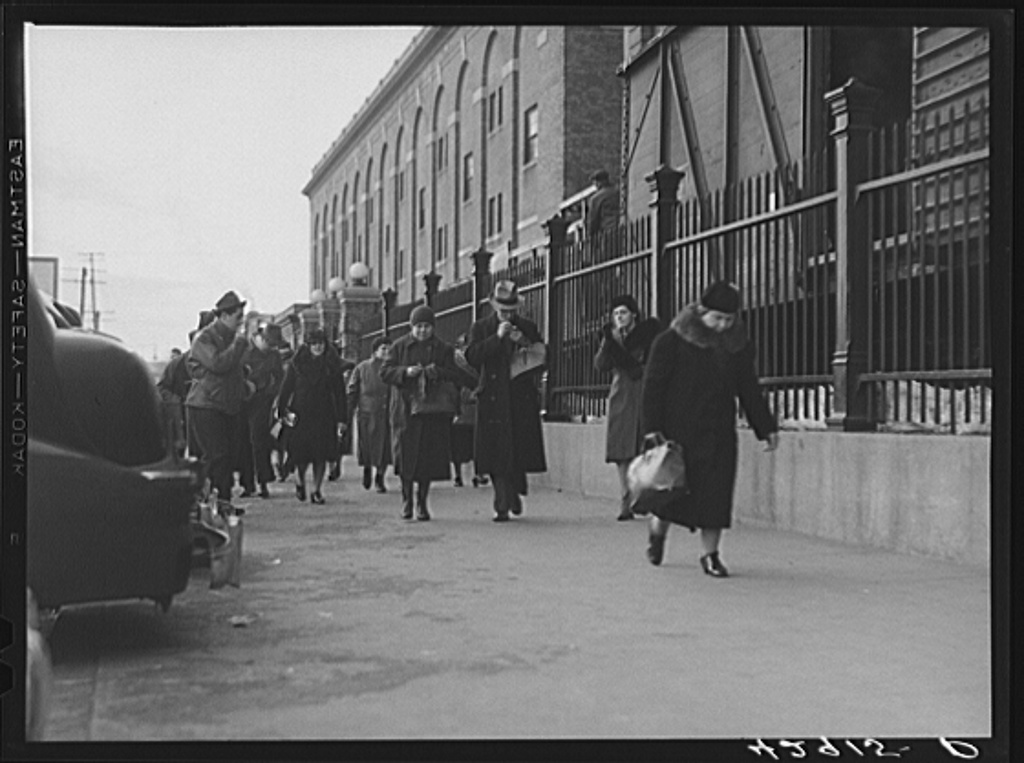 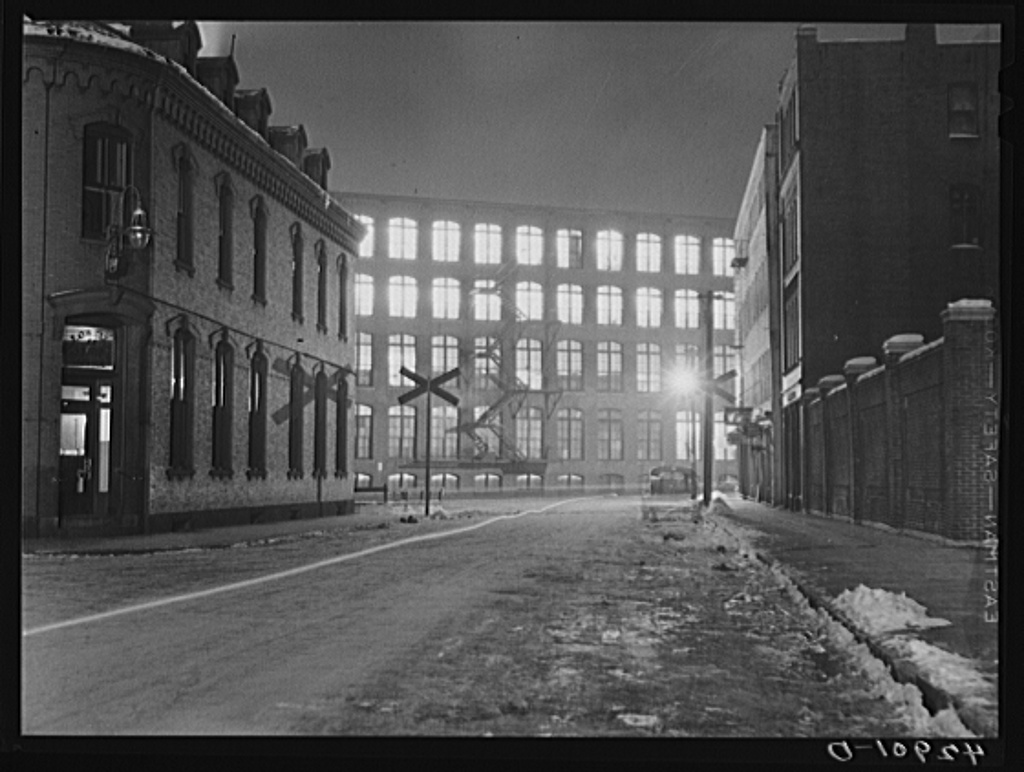 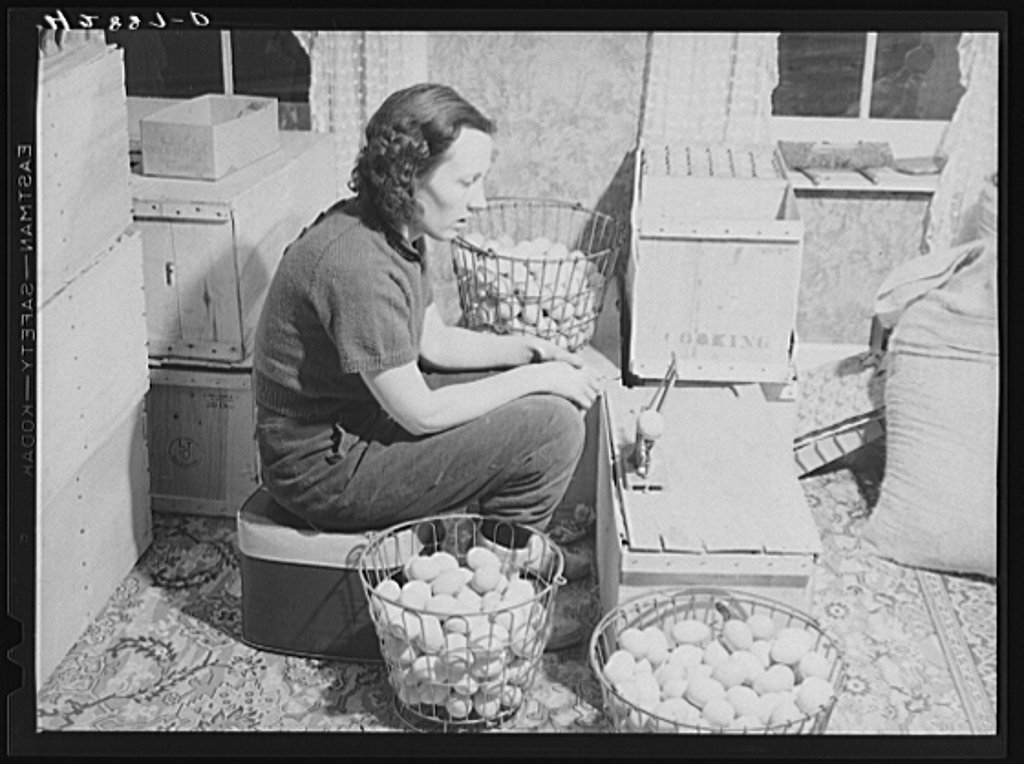 Mrs. Richard Carter, poultry farmer of Middleboro, Massachusetts. She runs the poultry business of one thousand while her husband drives a bulldozer at an Army camp nearby Dec 1940 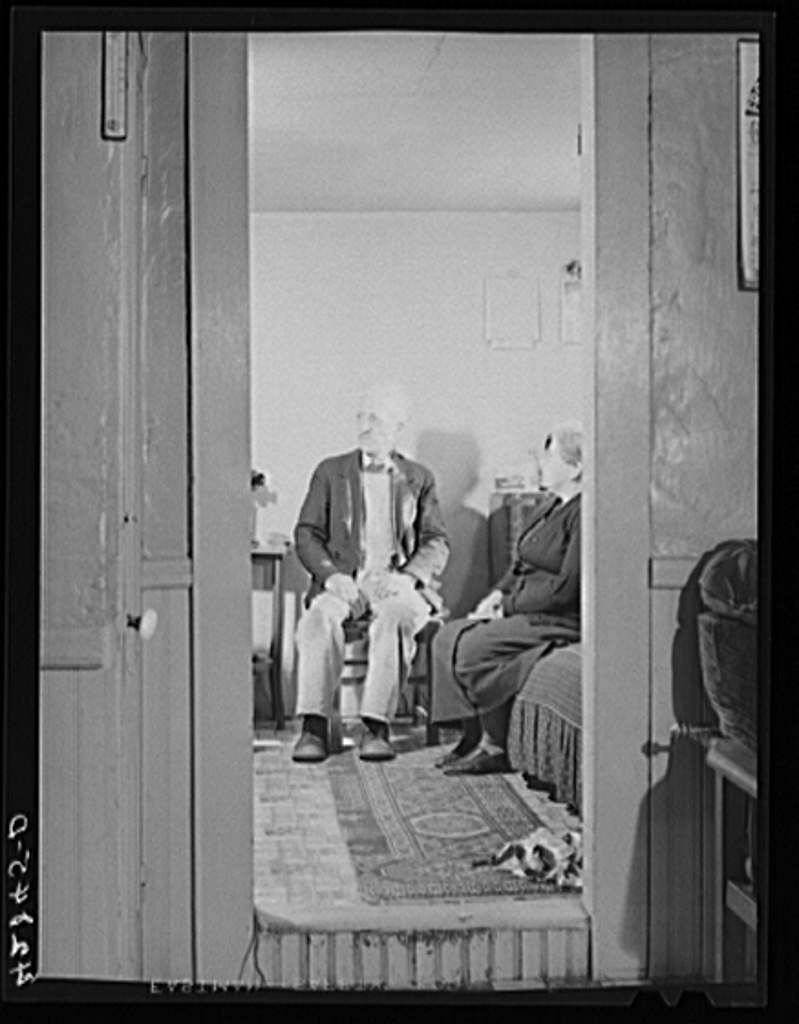 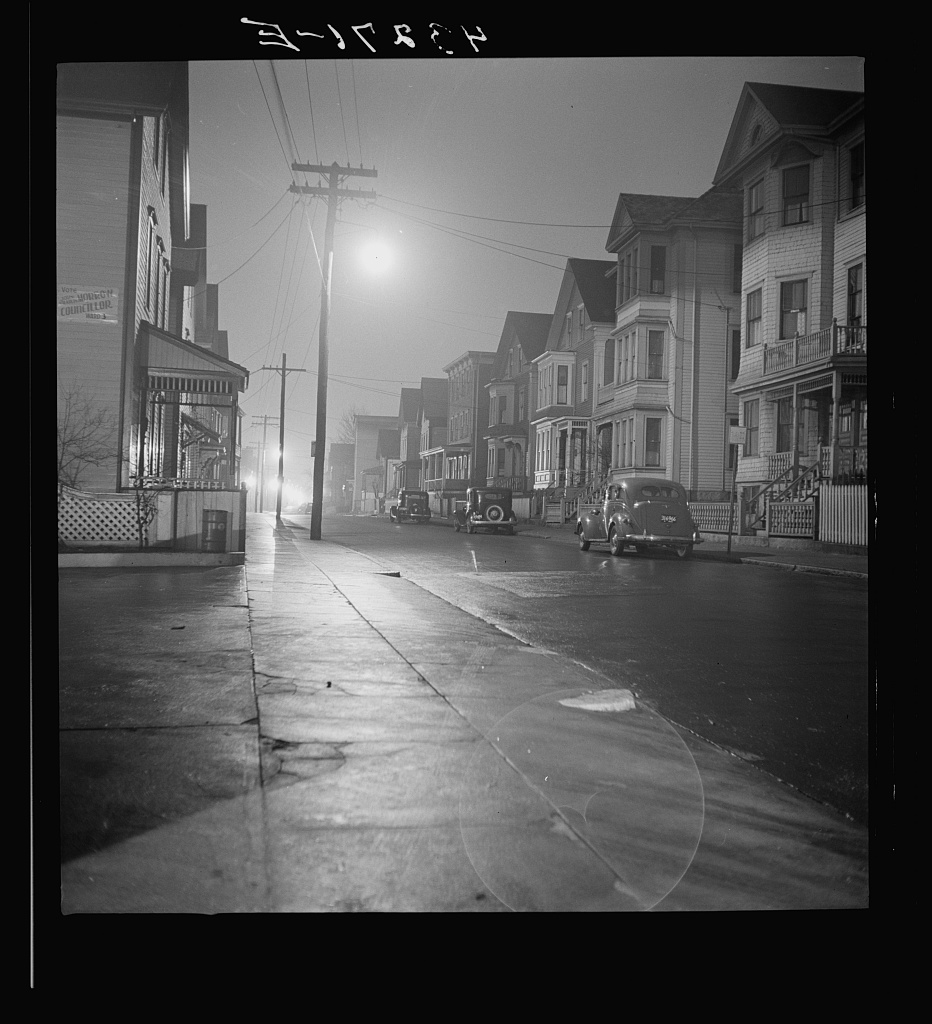 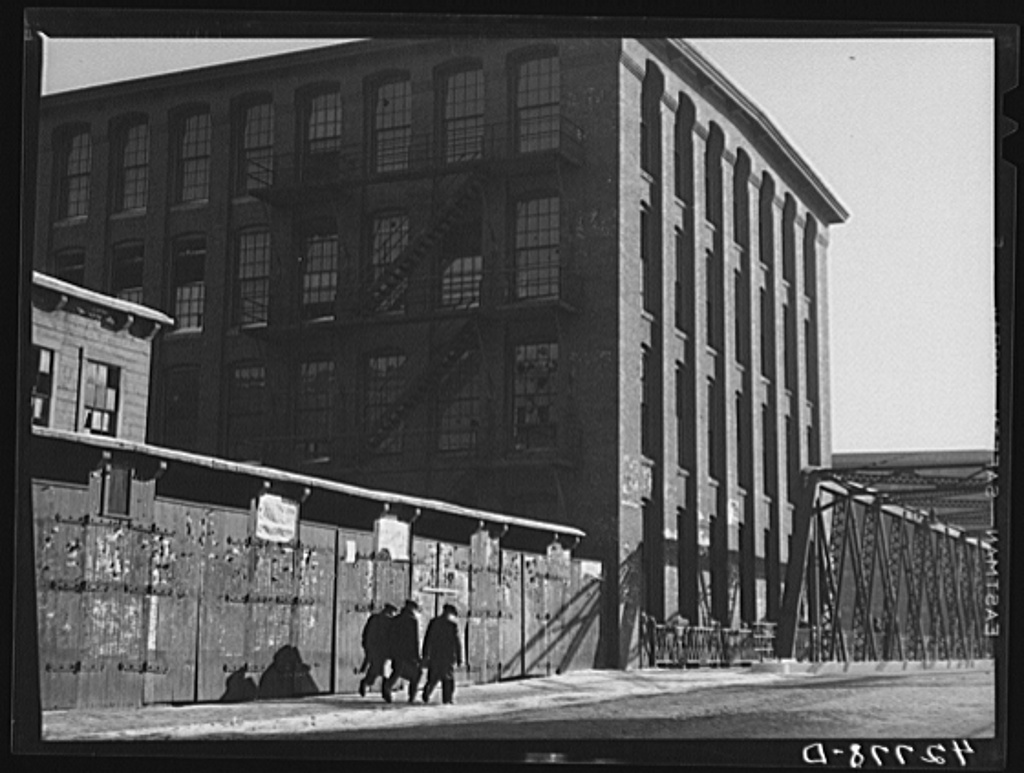 Men going to work at the mill. Lawrence, Massachusetts Jan 1941 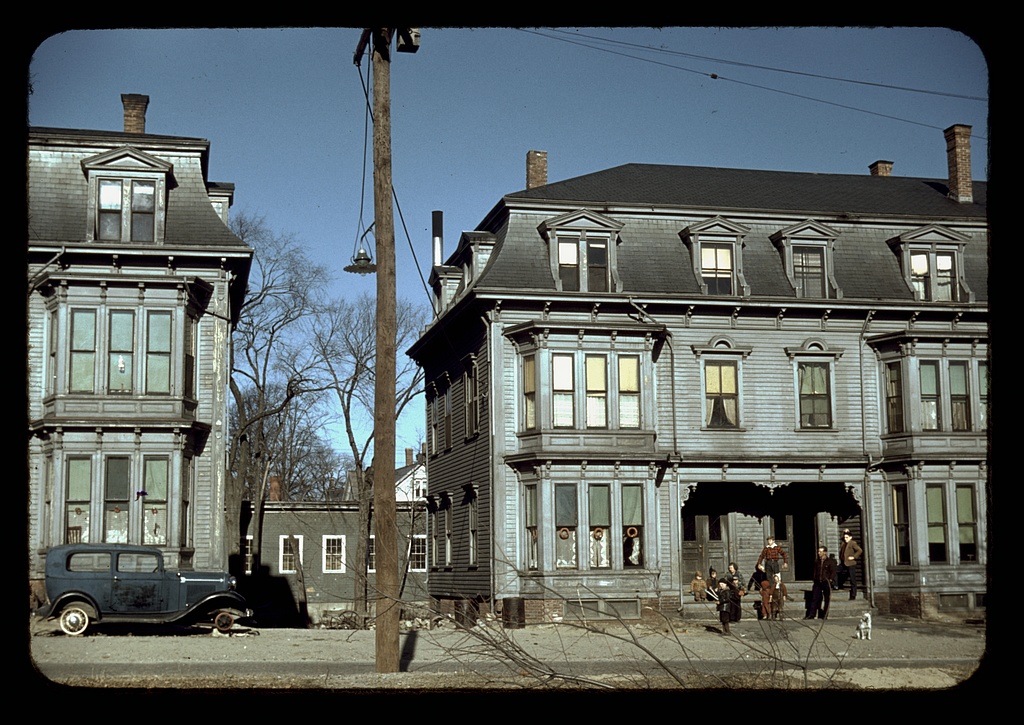 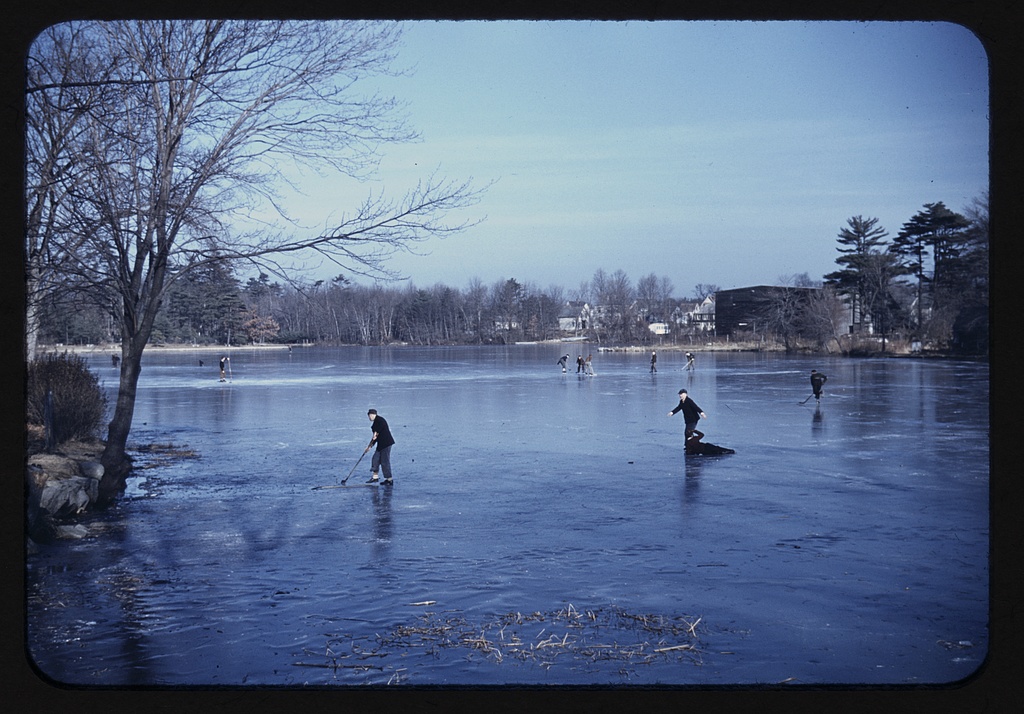 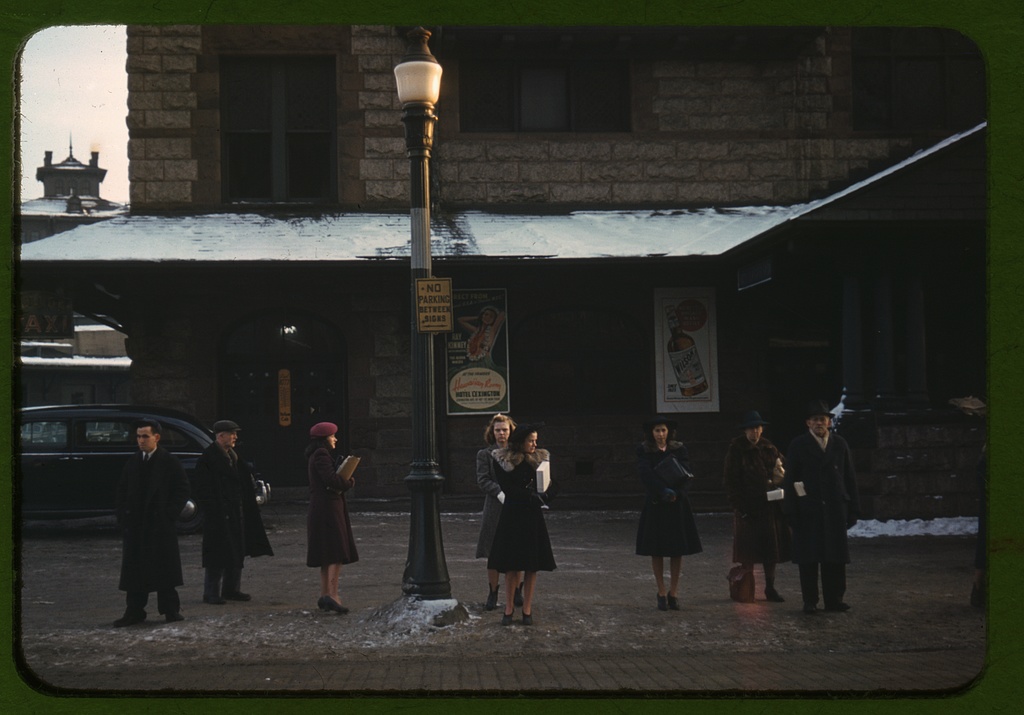 Commuters, who have just come off the train, waiting for the bus to go home, Lowell, Mass. Jan 1941