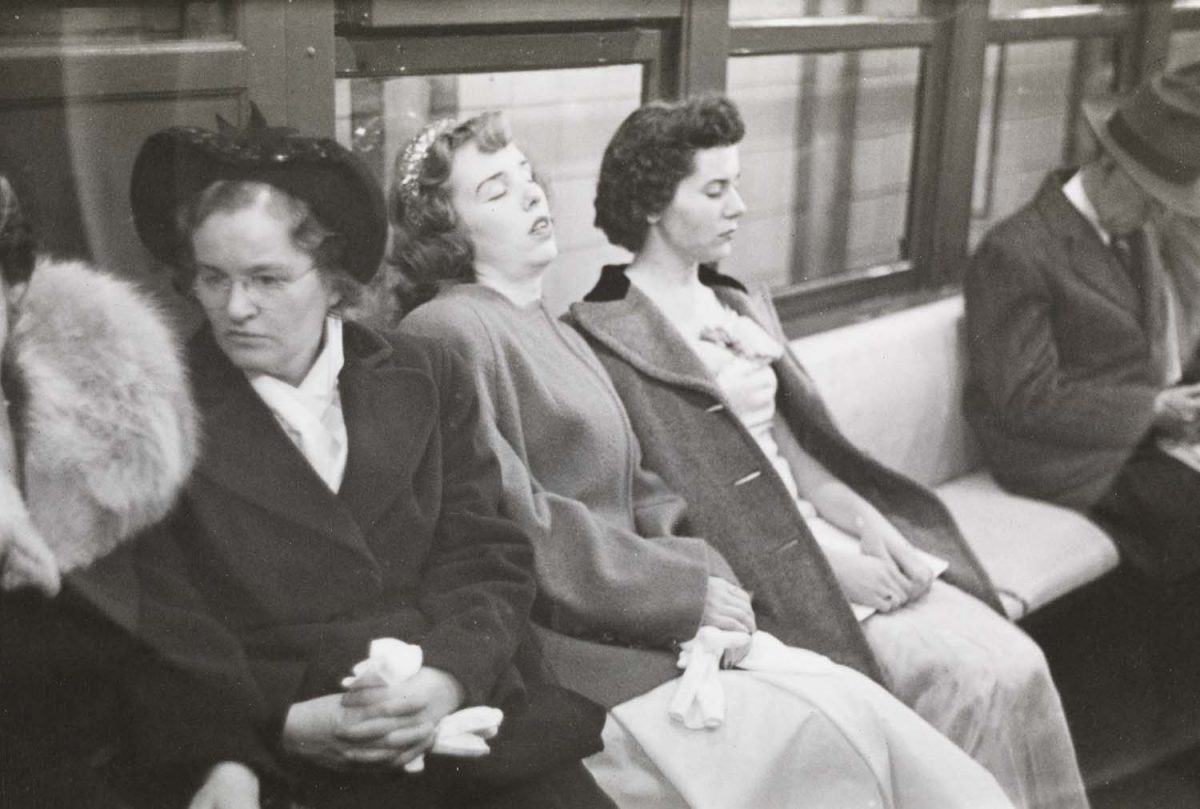 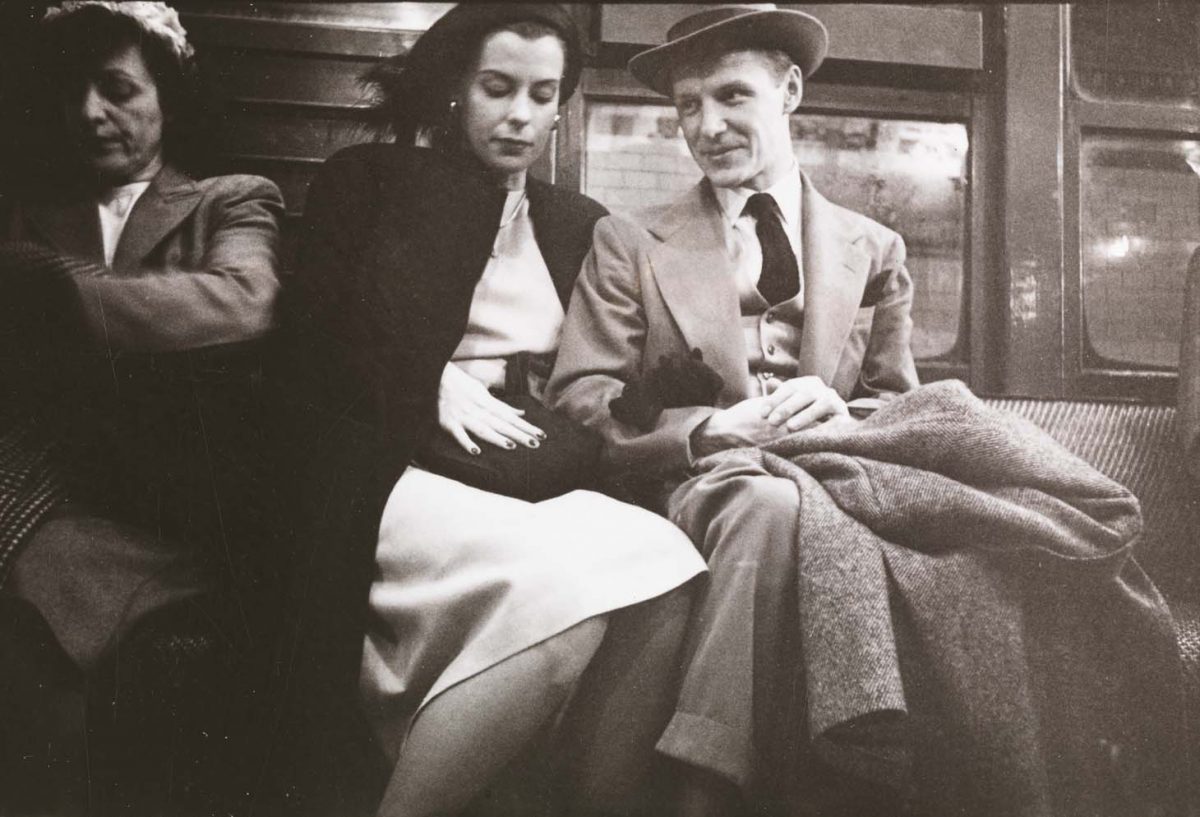 “I wanted to retain the mood of the subway, so I used natural light,” he said. People who ride the subway late at night are less inhibited than those who ride by day. Couples make love openly, drunks sleep on the floor and other unusual activities take place late at night. To make pictures in the off-guard manner he wanted to, Kubrick rode the subway for two weeks. Half of his riding was done between midnight and six a.m. Regardless of what he saw he couldn’t shoot until the car stopped in a station because of the motion and vibration of the moving train. Often, just as he was ready to shoot, someone walked in front of the camera, or his subject left the train.

Kubrick finally did get his pictures, and no one but a subway guard seemed to mind. The guard demanded to know what was going on. Kubrick told him.

“Have you got permission?” the guard asked.

“Yeah, sonny,” was the guard’s reply, “and I’m the society editor of the Daily Worker.”

For this series Kubrick used a Contax and took the pictures at 1/8 second. The lack of light tripled the time necessary for development. 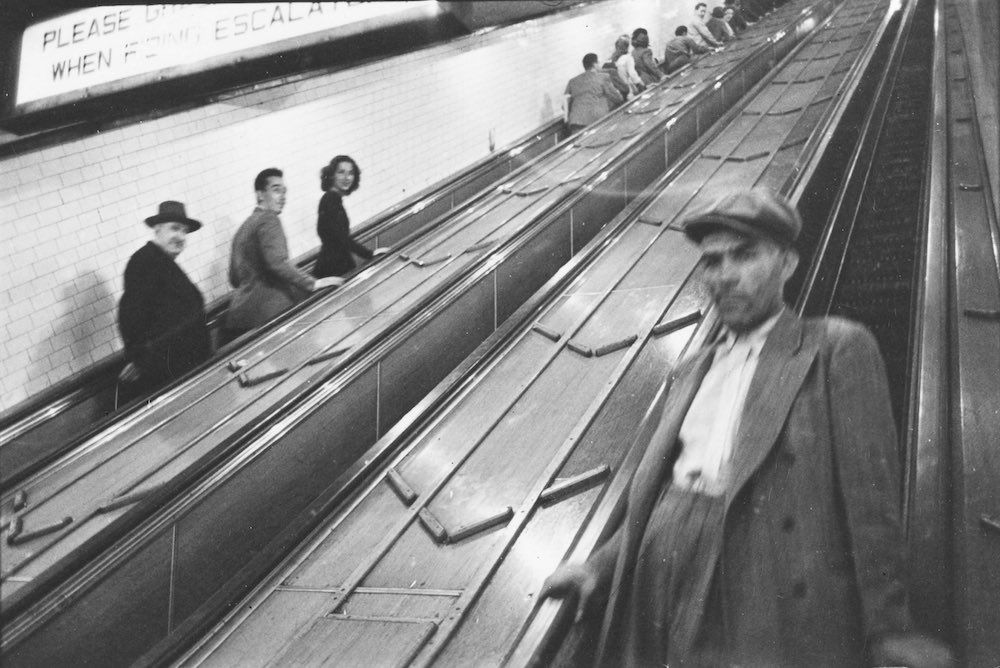 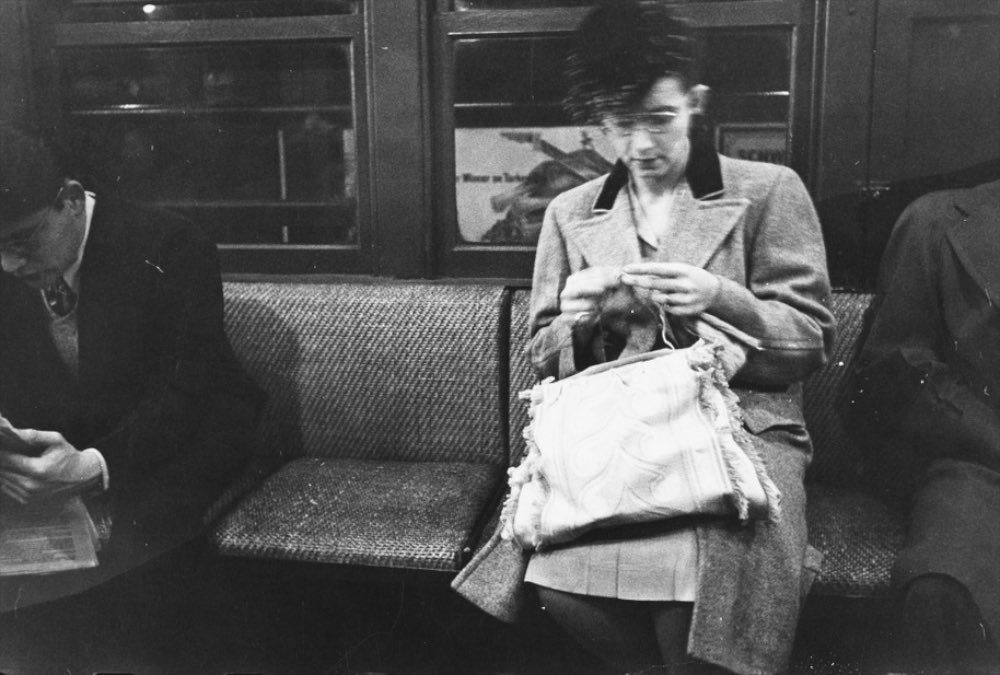 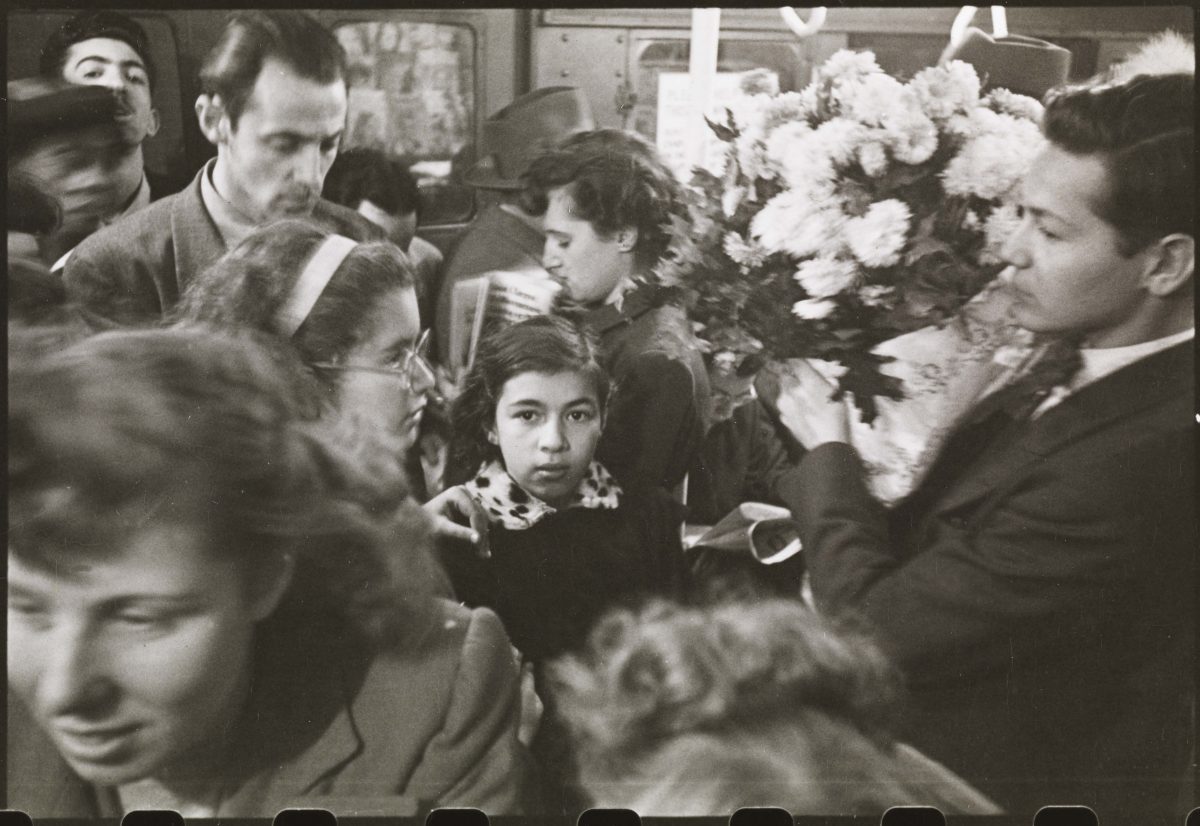 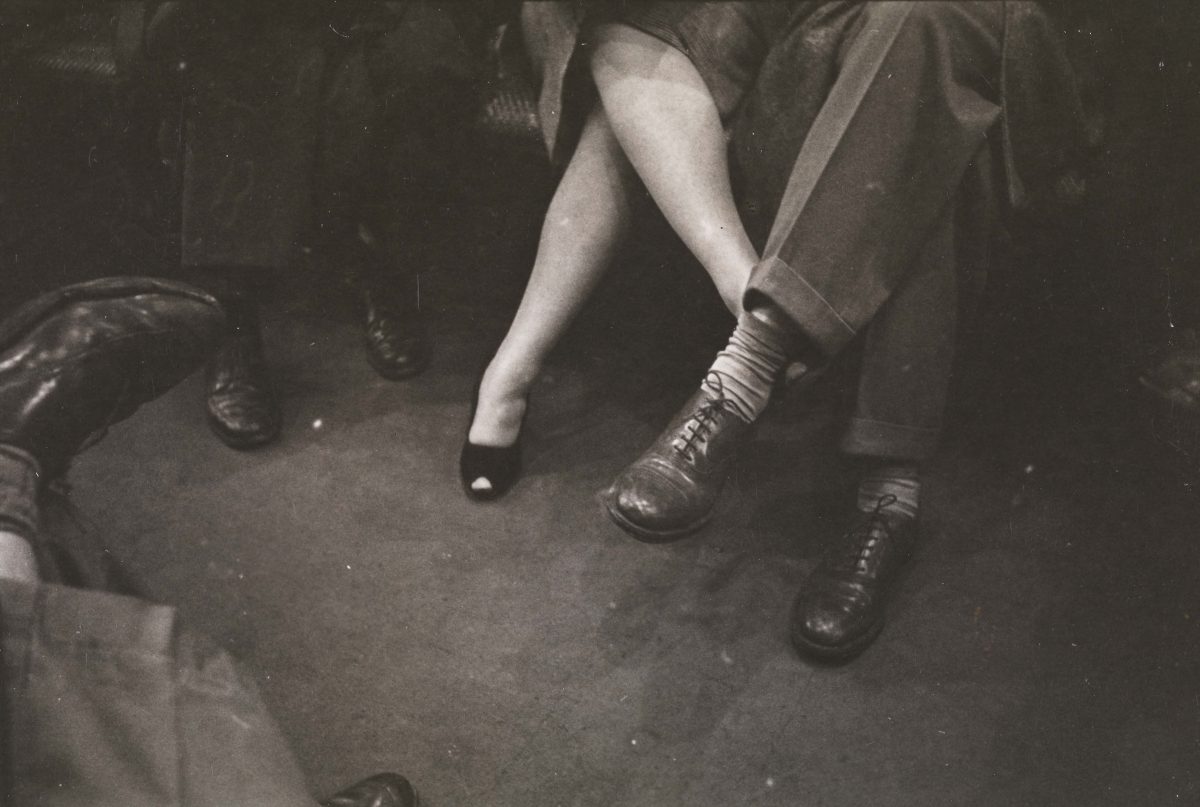 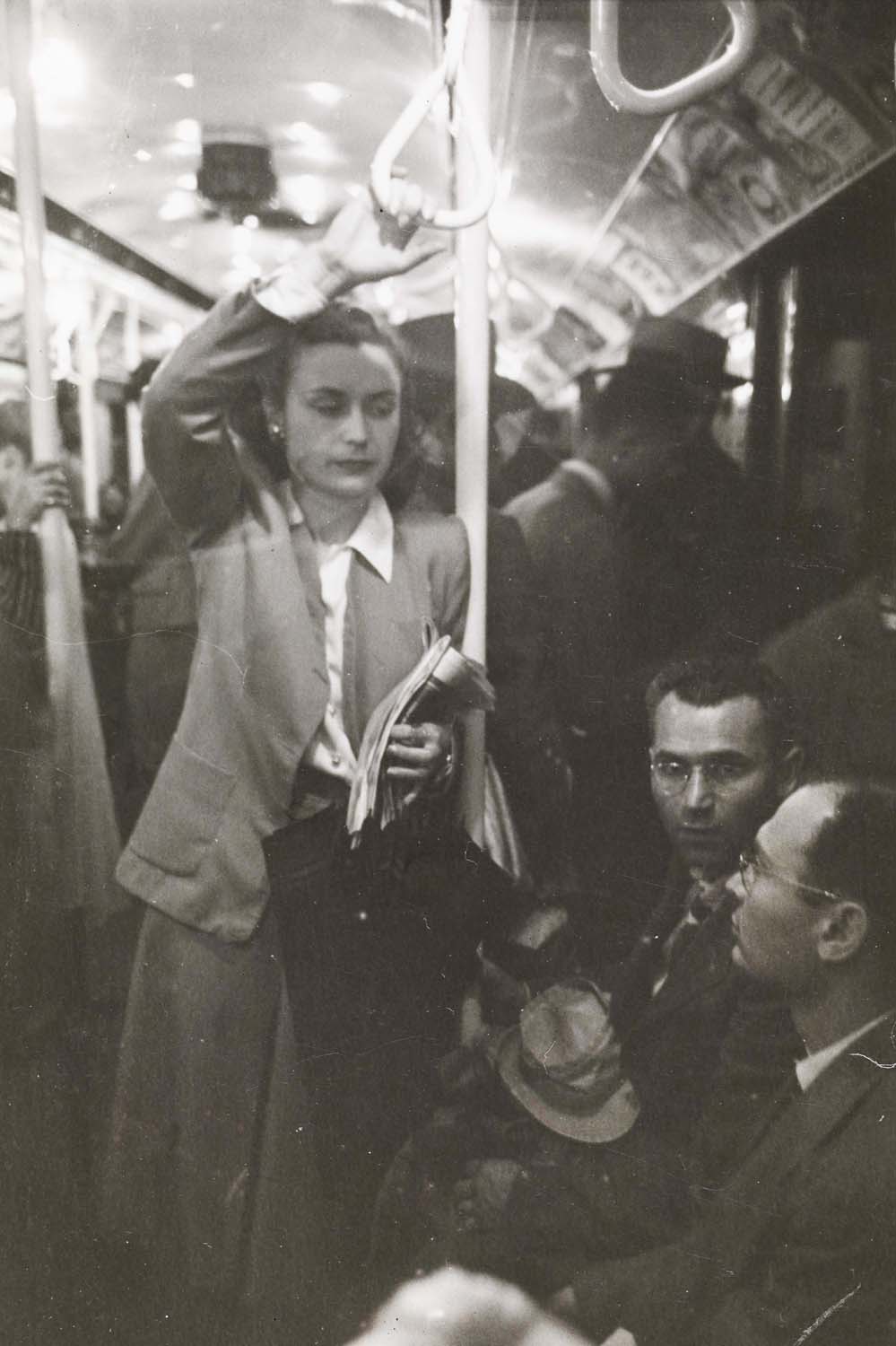 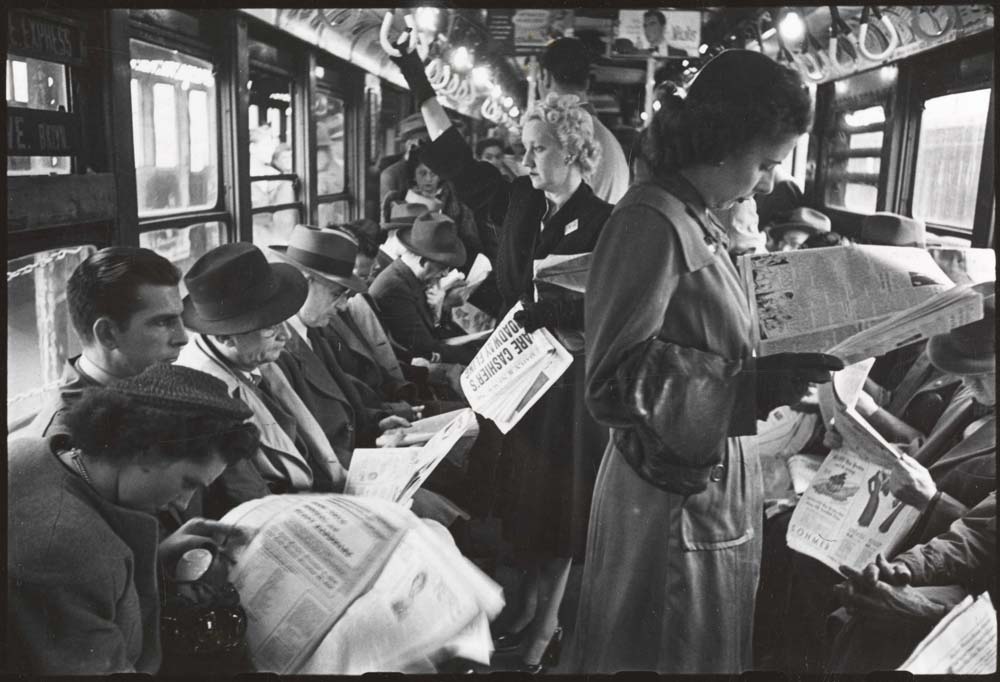 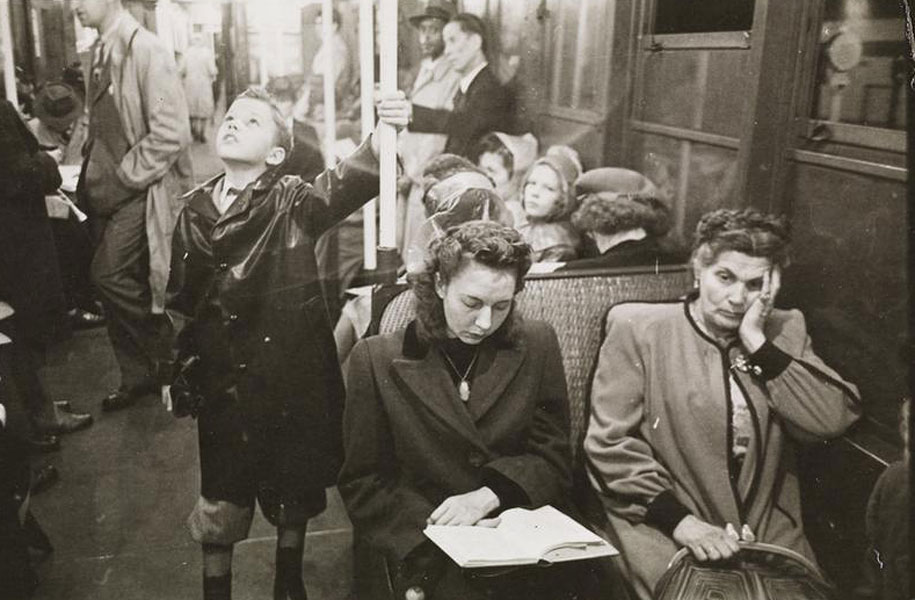 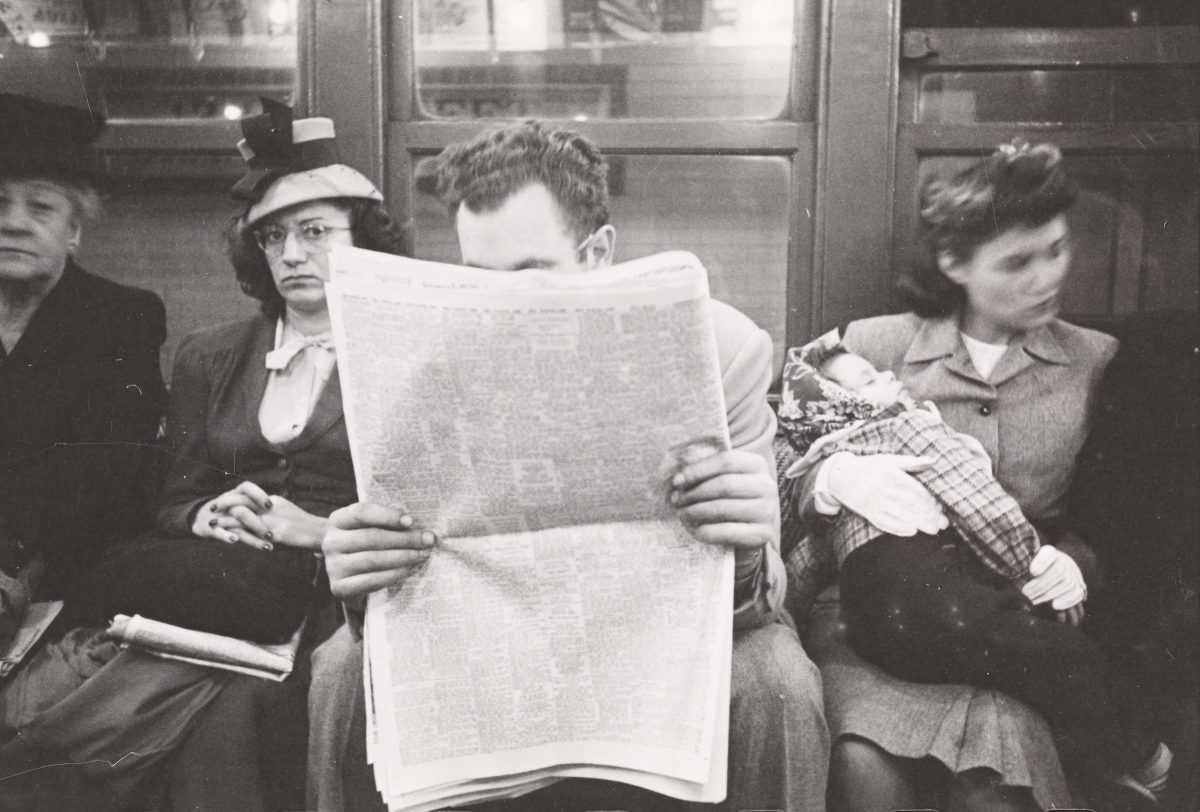 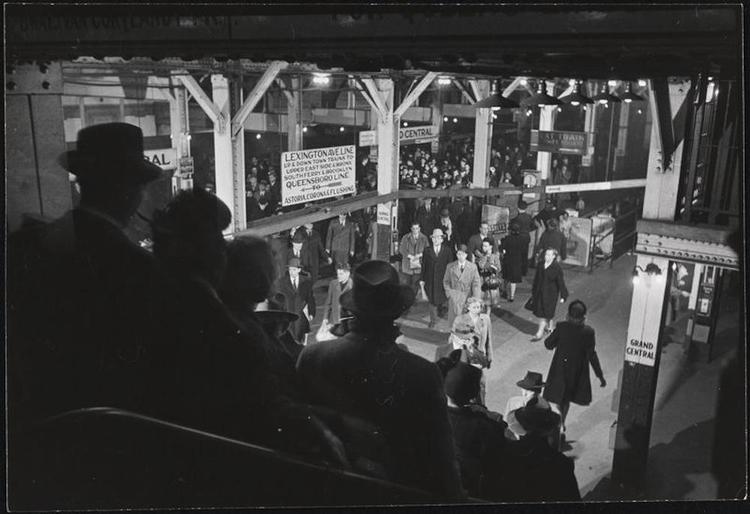 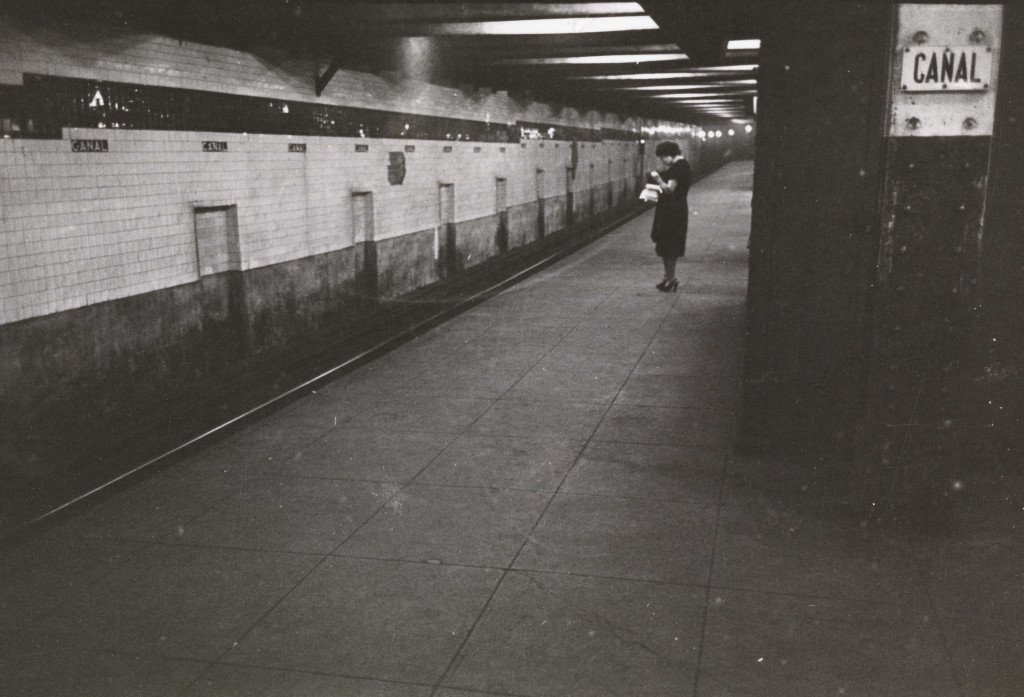 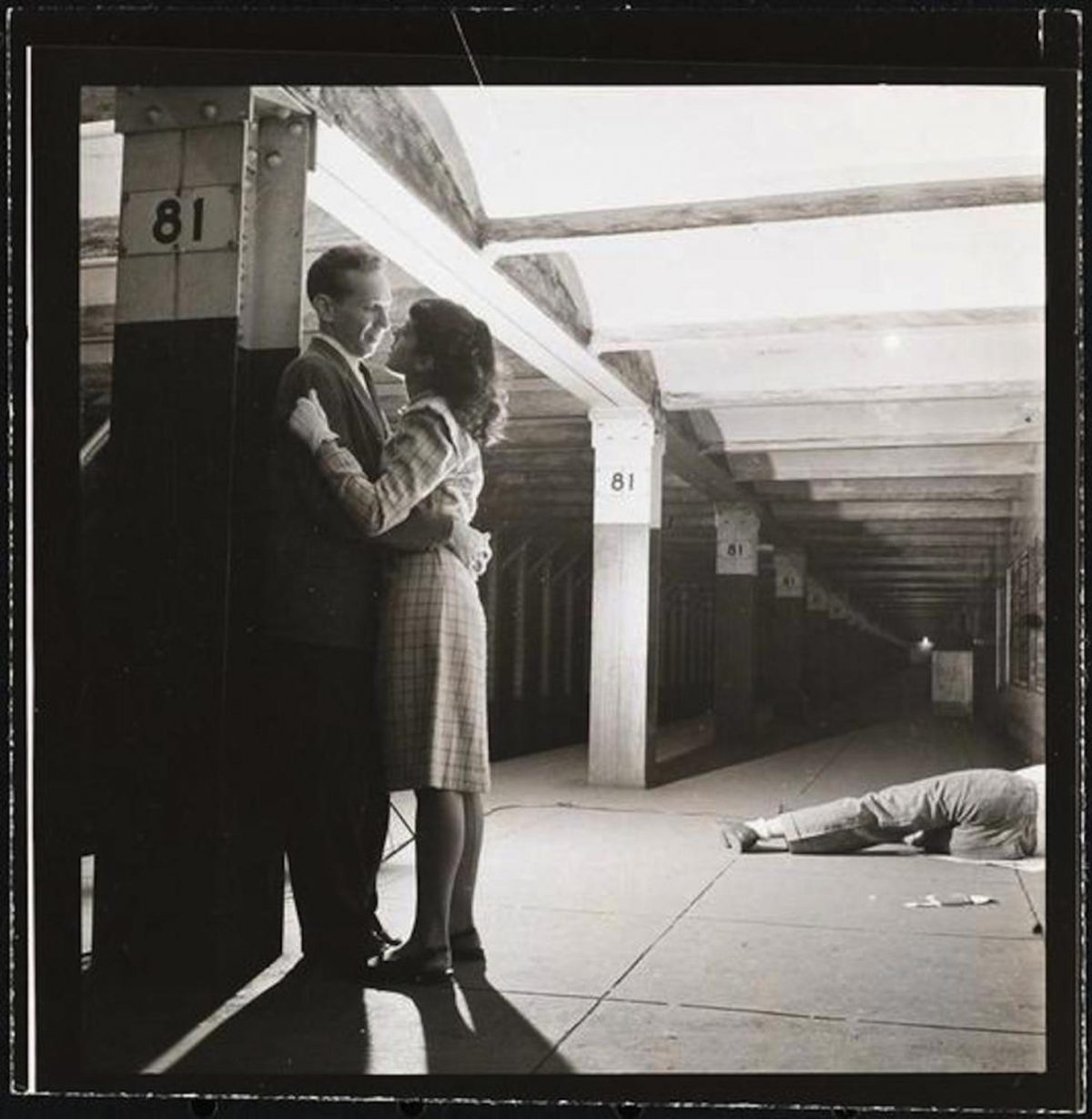 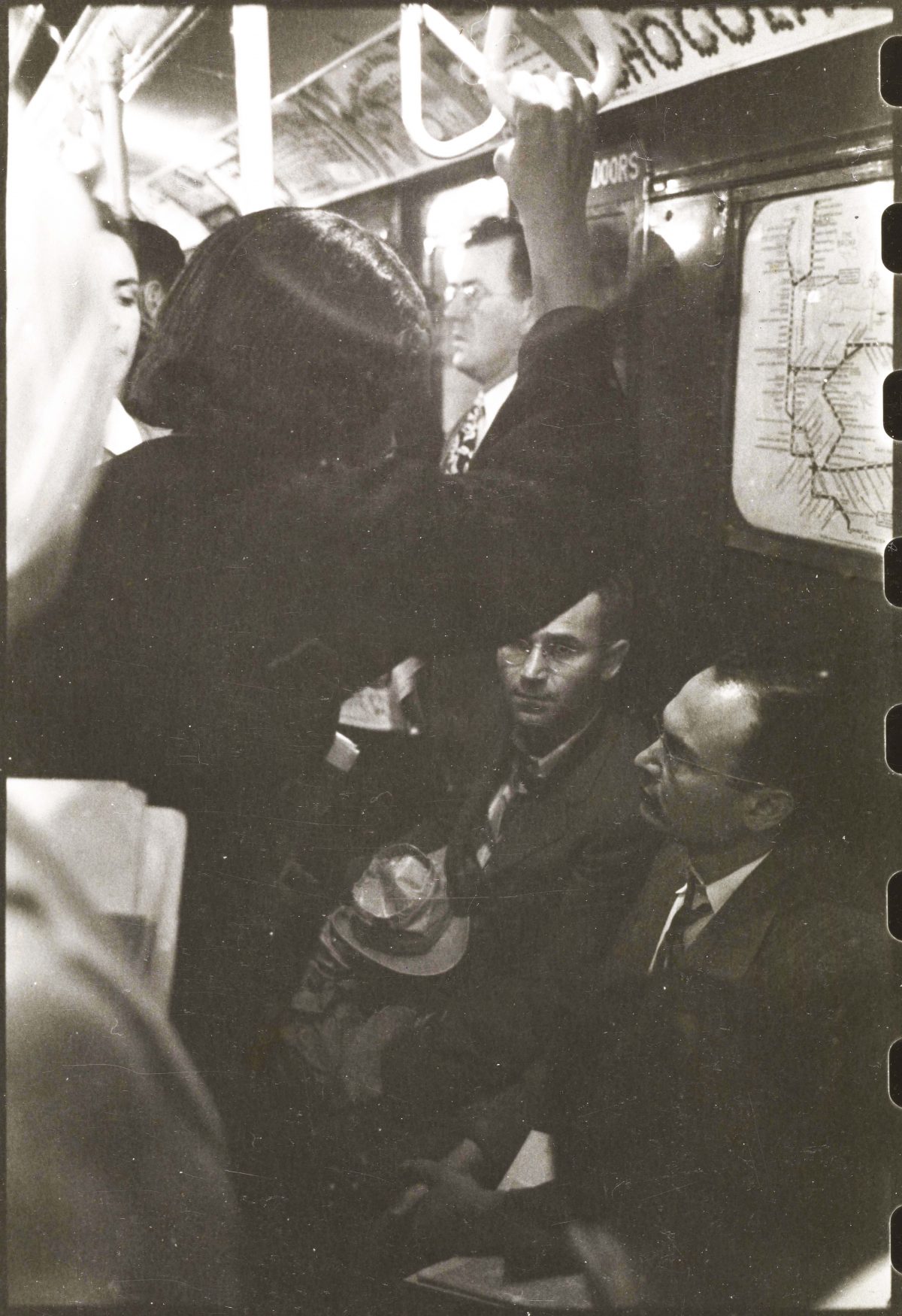 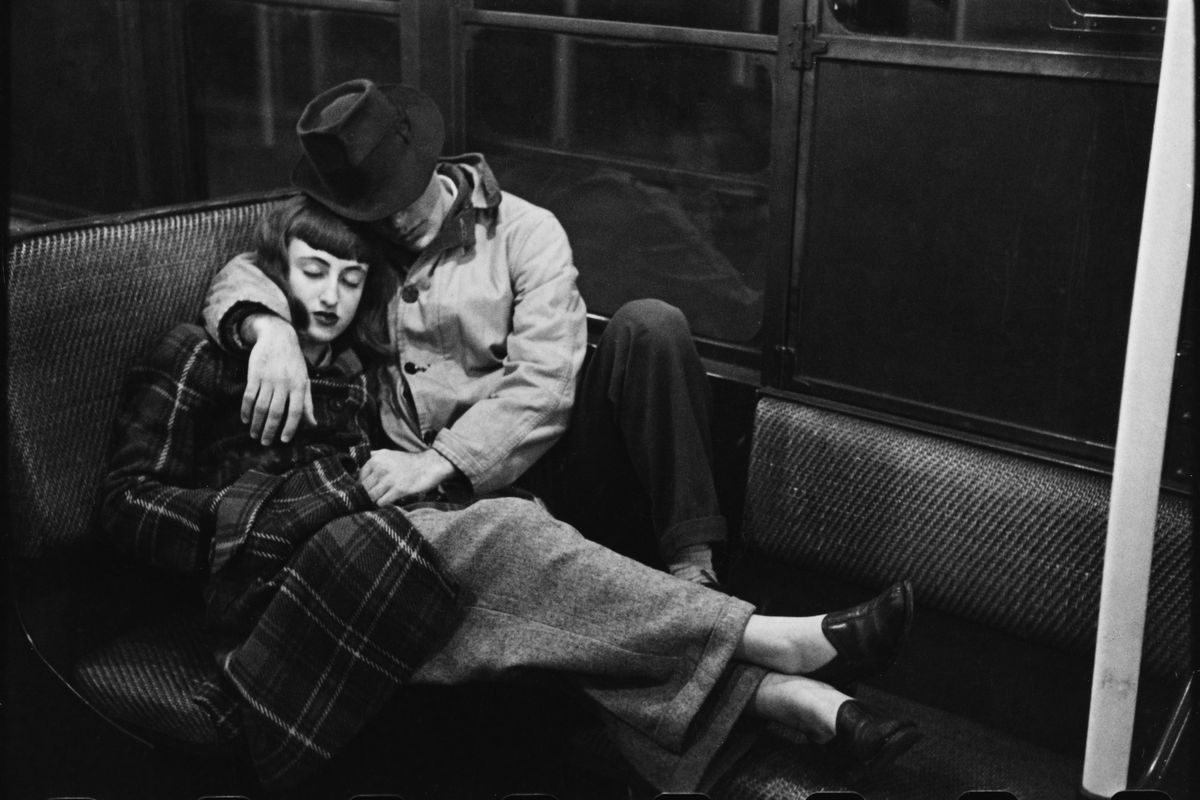 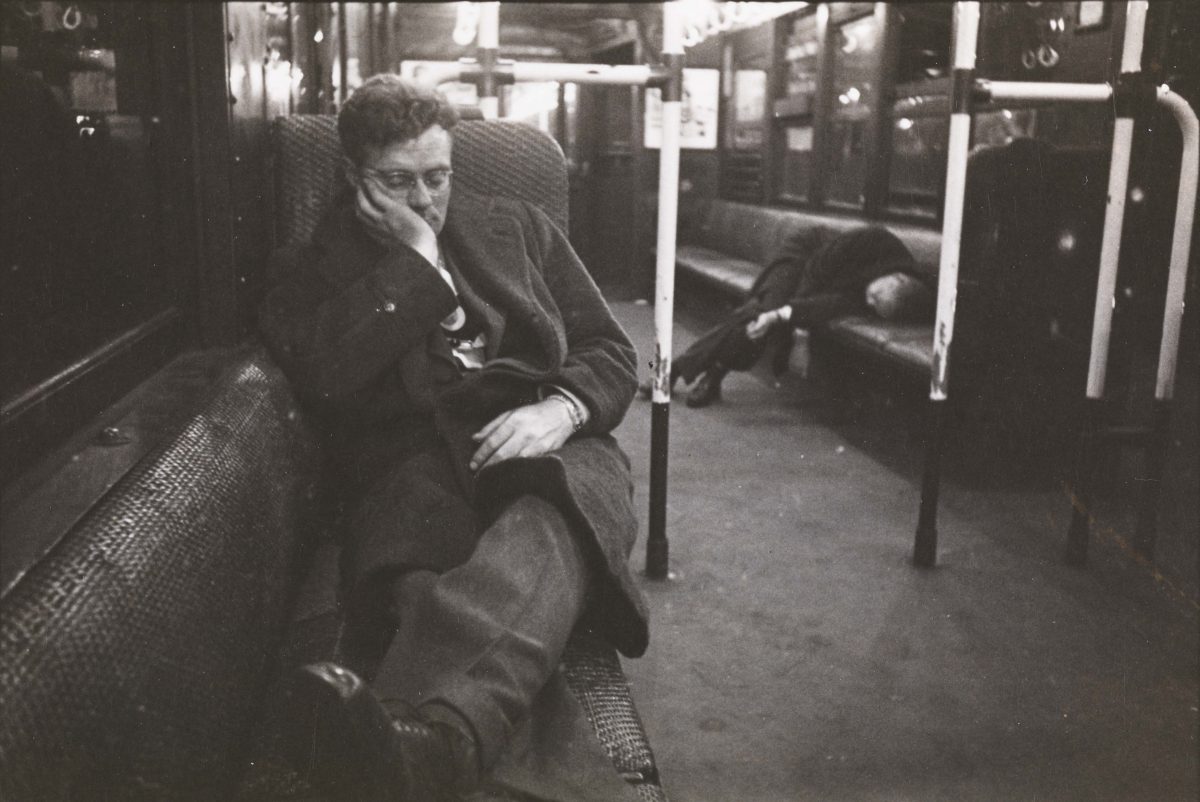