By some reckonings, Steven Spielberg’s scary movie is the first modern summer blockbuster, and before long, there was merchandise available to support that thesis, including Jaws joke books, and even a Jaws Halloween costume.

I was five years old, and thus too young to see Jaws, at least by my parents’ reckoning. 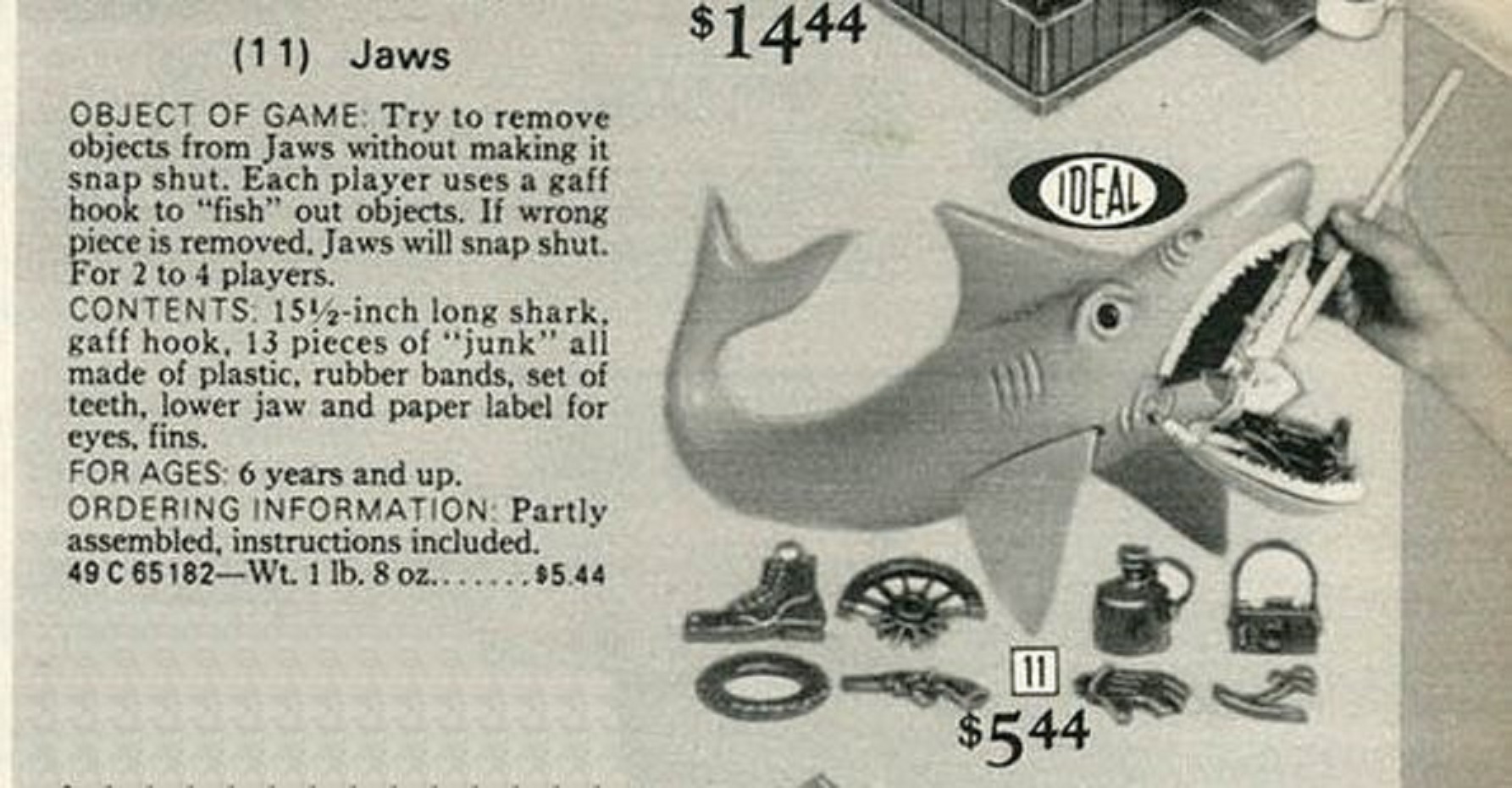 As a consolation prize, I received as a gift Ideal’s “The Game of Jaws” instead.

Designed for 2 to 4 players (ages 6 and up), the Ideal game box noted: “It’s you against the great white shark…One wrong move, and the JAWS go snap!” 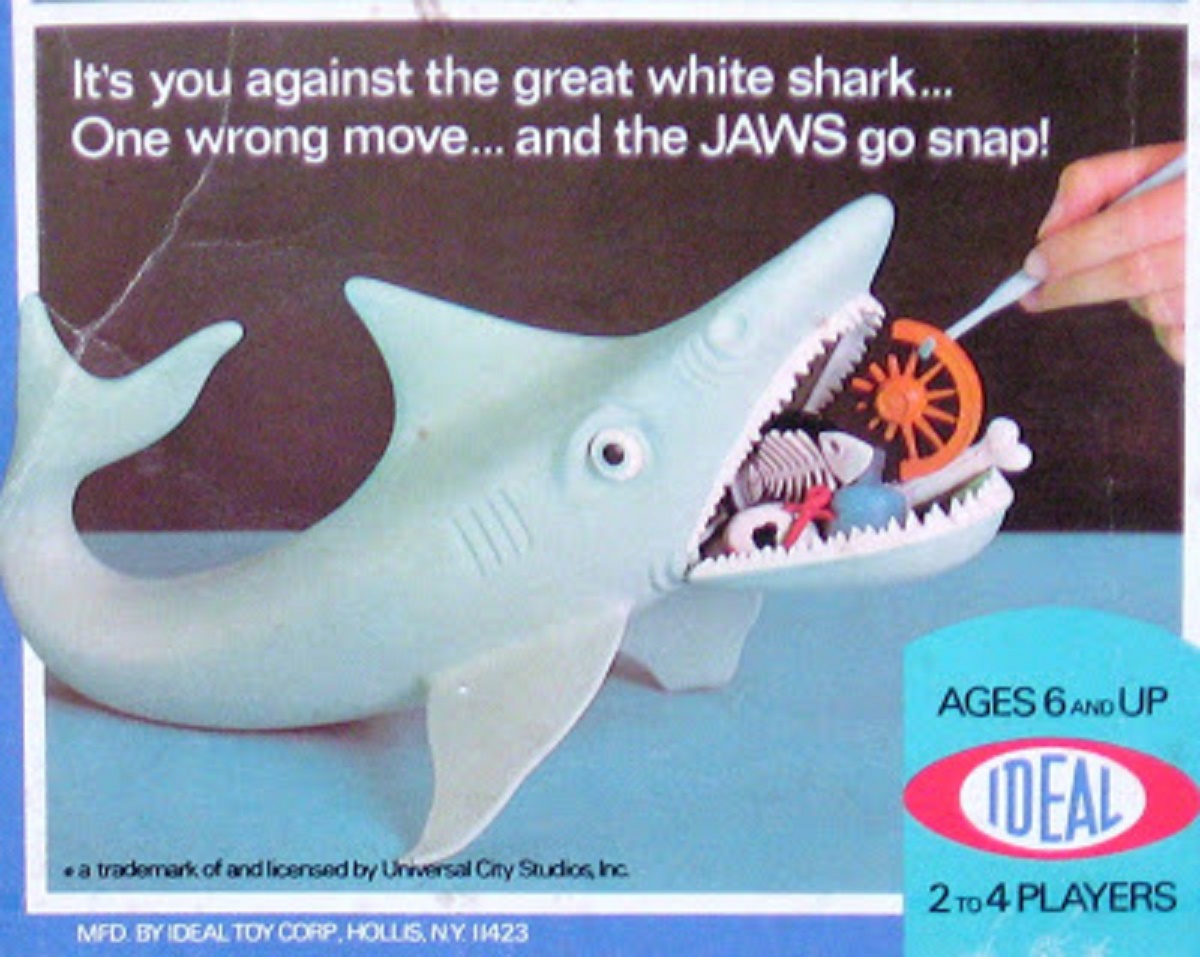 The game’s goal was to utilize a long blue probe to fish the contents out of the great white shark’s stomach, without those fierce teeth closing on your hand.

Some of those stomach contents included a human skull, a fish skeleton, a tire, a camera, a pistol, a glove, a boot, a walkie-talkie, and a wagon wheel.

In the version of the game I own today, these delicacies are all molded in white or blue plastic, but the game box shows different colored items instead.

Jaws’ snapping mouth was held together by two rubber bands, and alas, those are often the only part of this game that have not survived the passing four decades.

Still, you may wonder why Jaws toys were being marketed to kids at all. An answer comes from the MPAA rating itself. The Spielberg film was rated PG, and so plenty of children of the disco decade got to see it in theaters, even though I missed out. Ostensibly, they would want to recreate the cinematic experience with toys, at home.

Since it is summer-time again, circa 2016, it seemed a perfect opportunity to revisit this toy from my youth.

Uniquely, the Game of Jaws was re-purposed by Ideal as the much-less scary-sounding game “Sharky’s Diner” in 2013, only without the Jaws name on it. 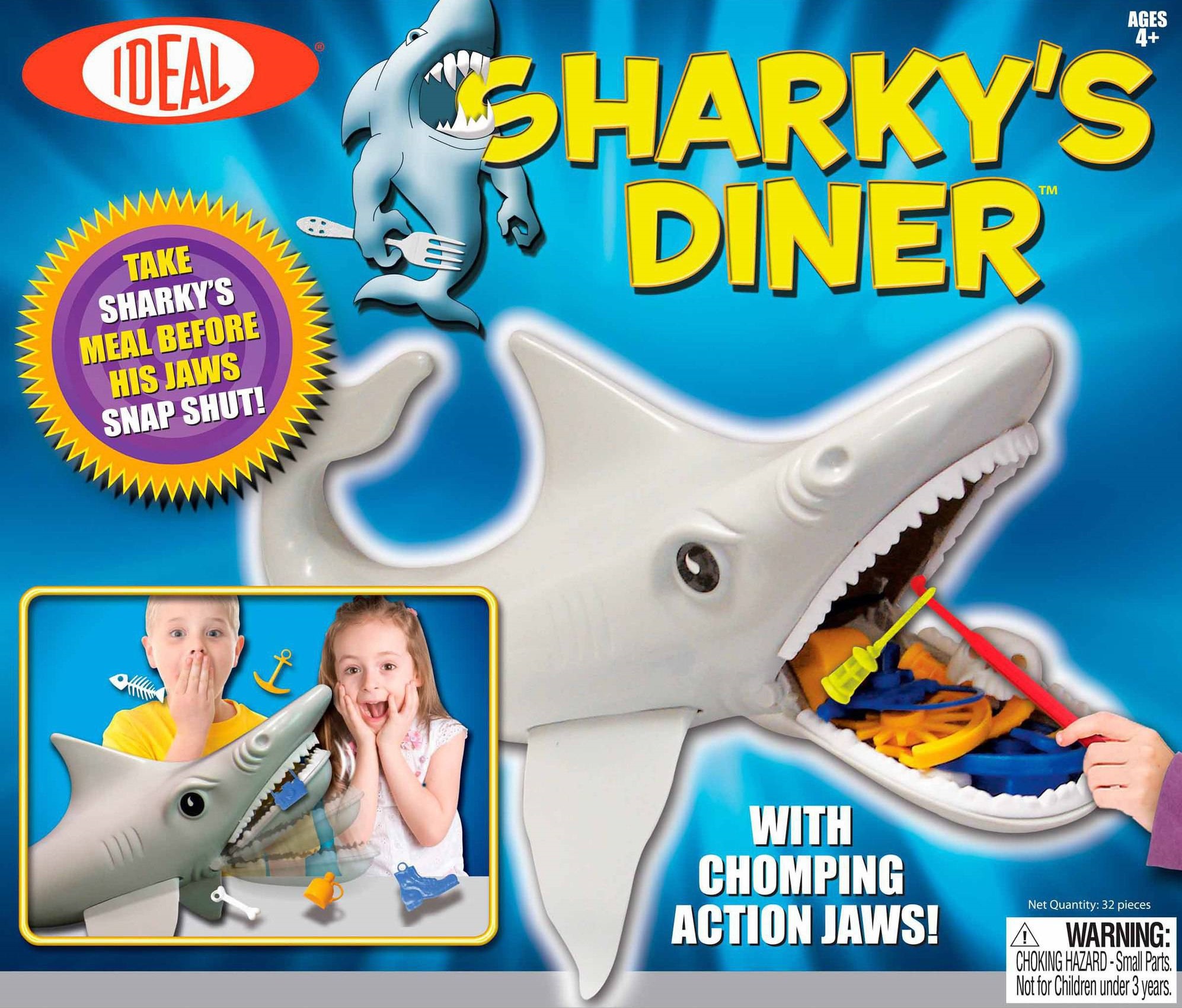 The toy even features the same plastic shark and the same stomach contents from forty one years ago (though now there are yellow toys, as well as blue and white ones…).

Here’s a look at Sharky’s Diner, Son of Ideal’s Jaws: