Math “constitutes the language through which alone we can adequately express the great facts of the natural world…the instrument through which the weak mind of man can most effectually read his Creator’s works” – Ada Lovelace. 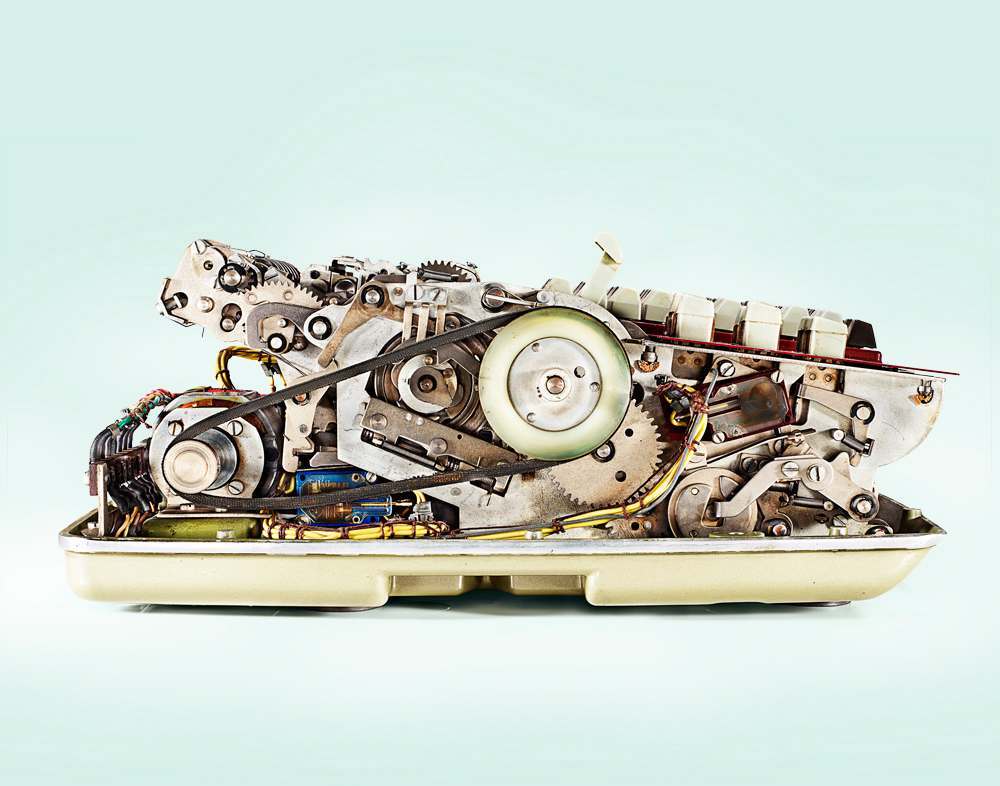 Kevin Twomey “delights in raising the most mundane of objects to an iconic level”. In his series Calculators, Kevin strips away the skin of vintage adding machines to reveal the organs within. “The stripping of the external shell of the calculators was not the original concept for shooting these machines,” says Kevin, who was asked to photograph Mark Glusker’s collection, “but when Mark removed the covers to show the complex internal working of the calculators, I immediately knew that this was the heart of the project.”

If math is, as Ada Lovelace opined, “the language of the unseen relations between things”, peering at the inner workings of these machines allows us to glimpse the abstract in simple cogs, buttons and metal. Kevin’s beautiful pictures shine with potential.

“It is the constant aim of the mathematician to reduce all his expressions to the lowest terms, to retrench every superfluous word and phrase, and to condense the Maximum of meaning into the Minimum of language.”

Math is a common and shared language. We agree that one plus one equals two. How we get from problem to answer requires a dash of magick. The inside of these calculating machines are full to the brim. They are contained within a shell, and shorn of it appear to expand. The machine looks ready to spill over the sides, its parts spiralling out. Somehow the bits and bobs create something extraordinary. And then stop for a moment and think of a sum you can do in your head. The brain fizzes. So much inside is ready and primed for release. We just need to find the key… 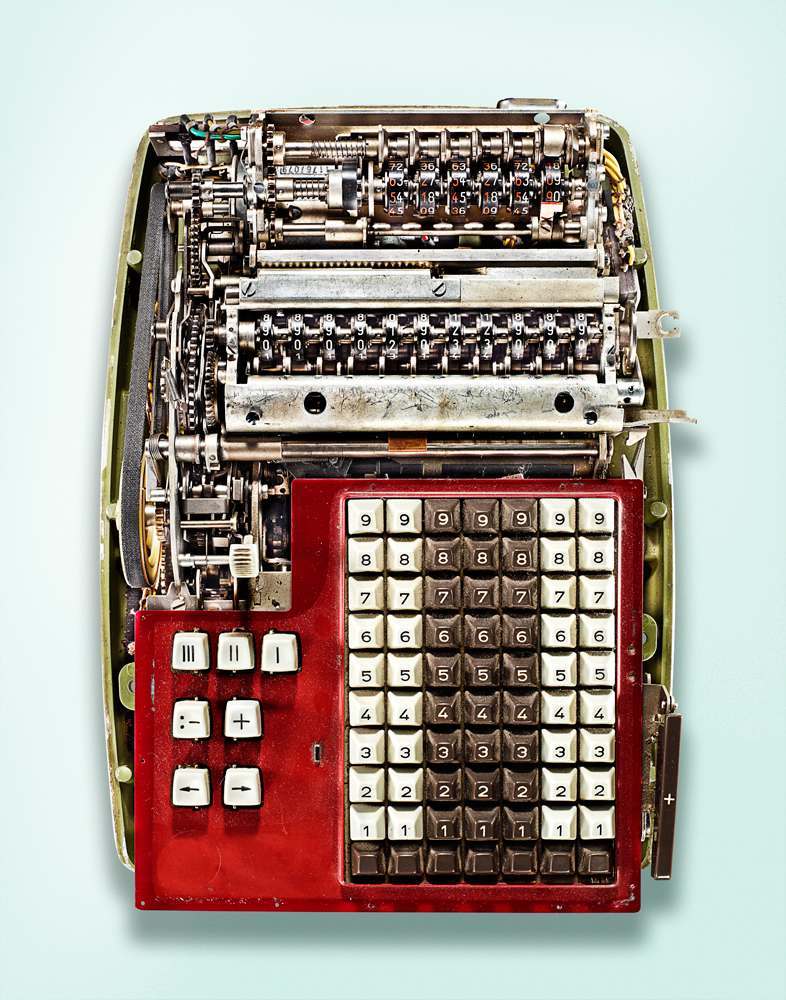 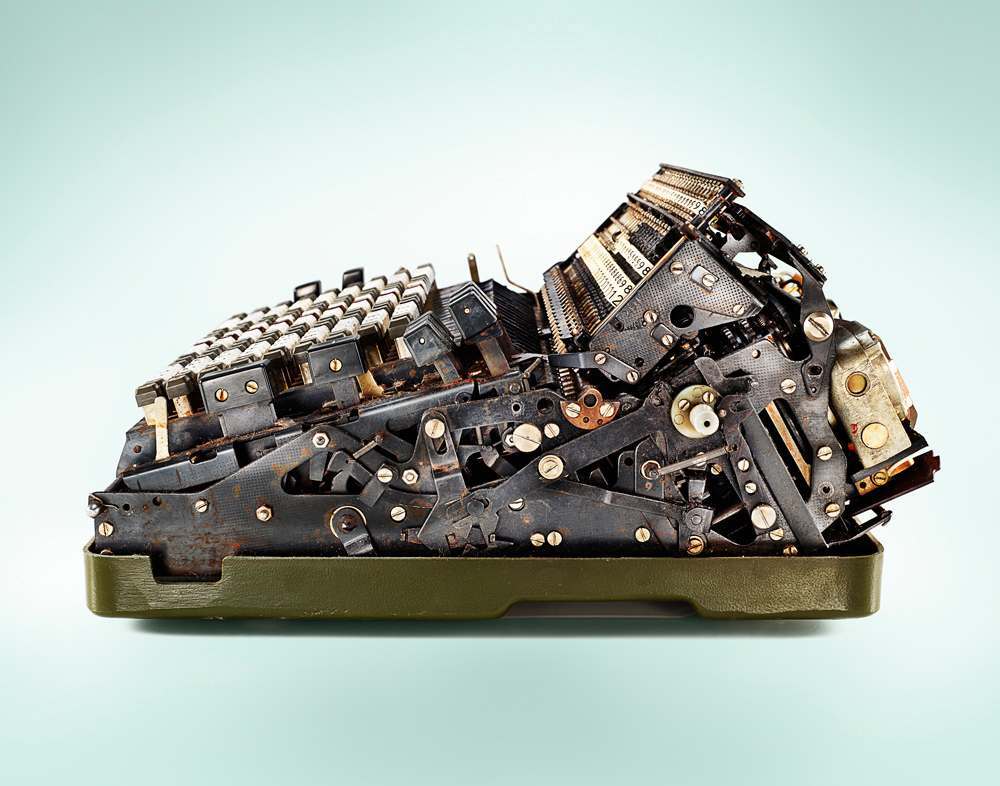 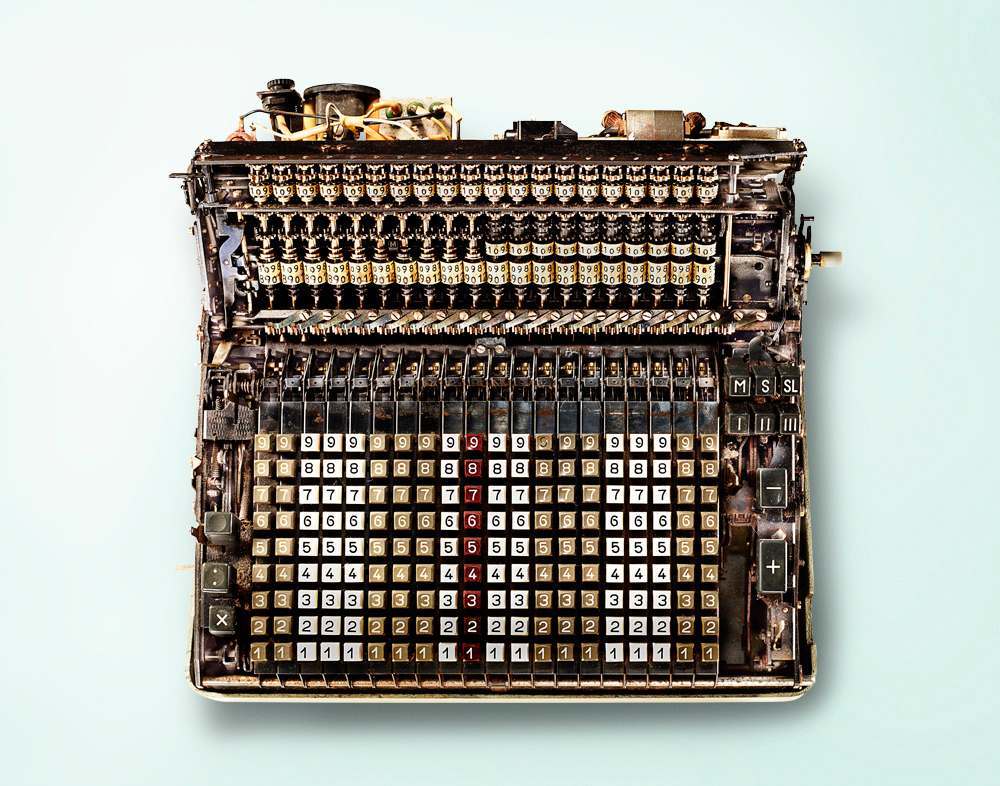 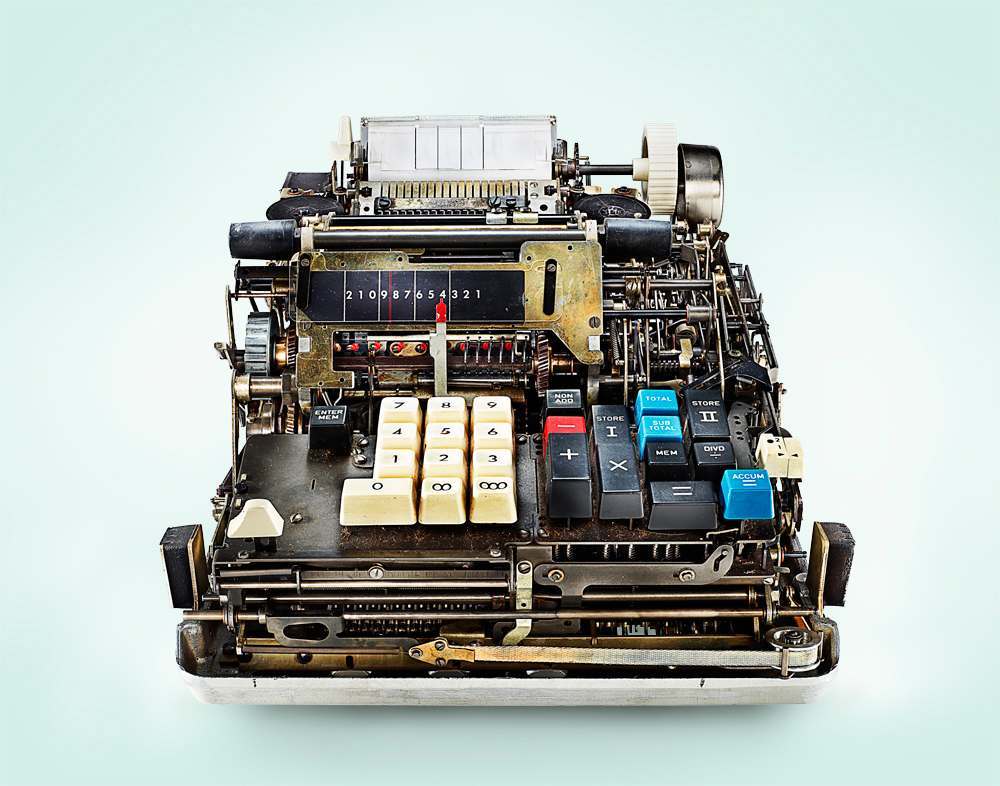 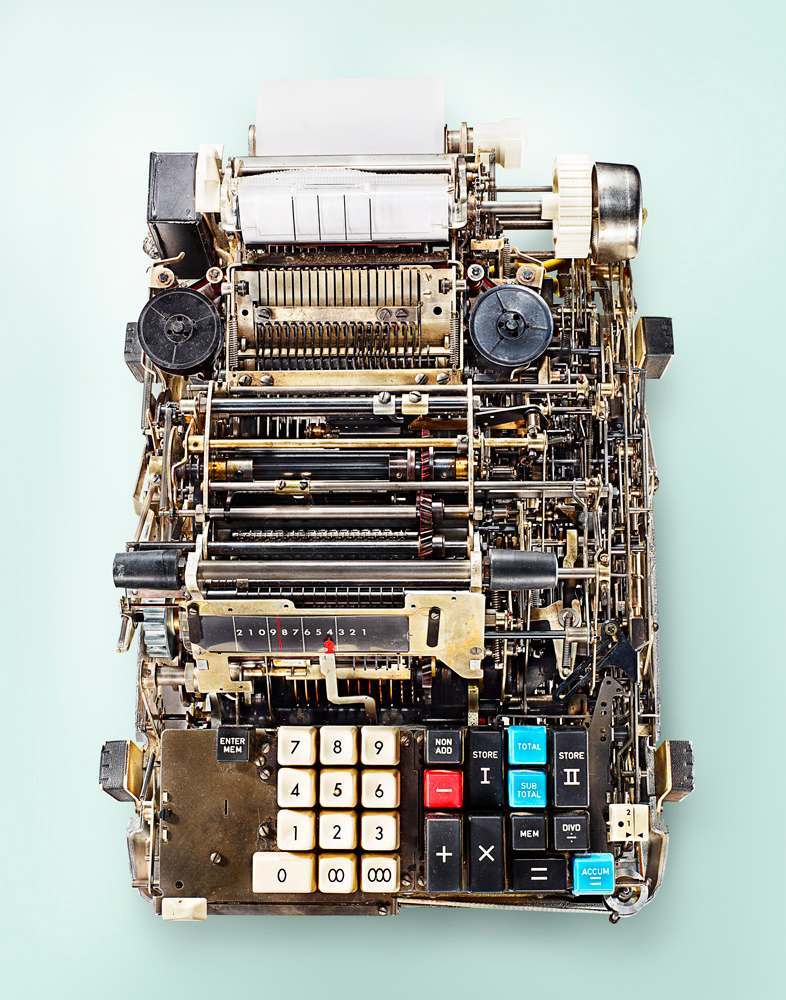 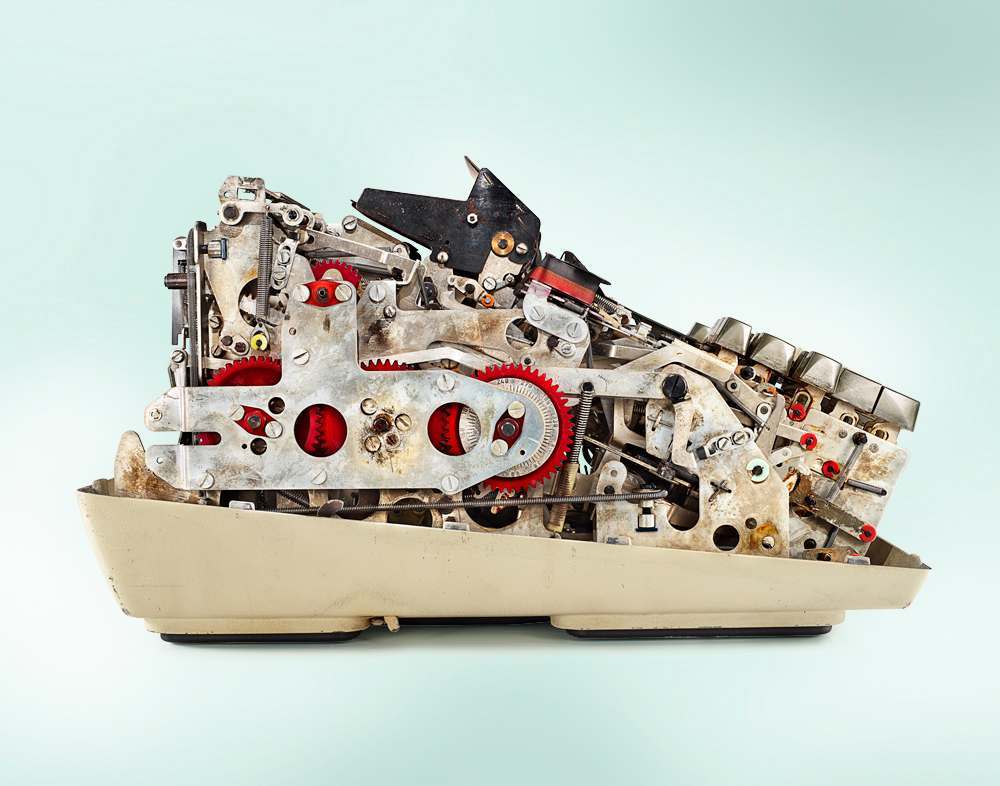 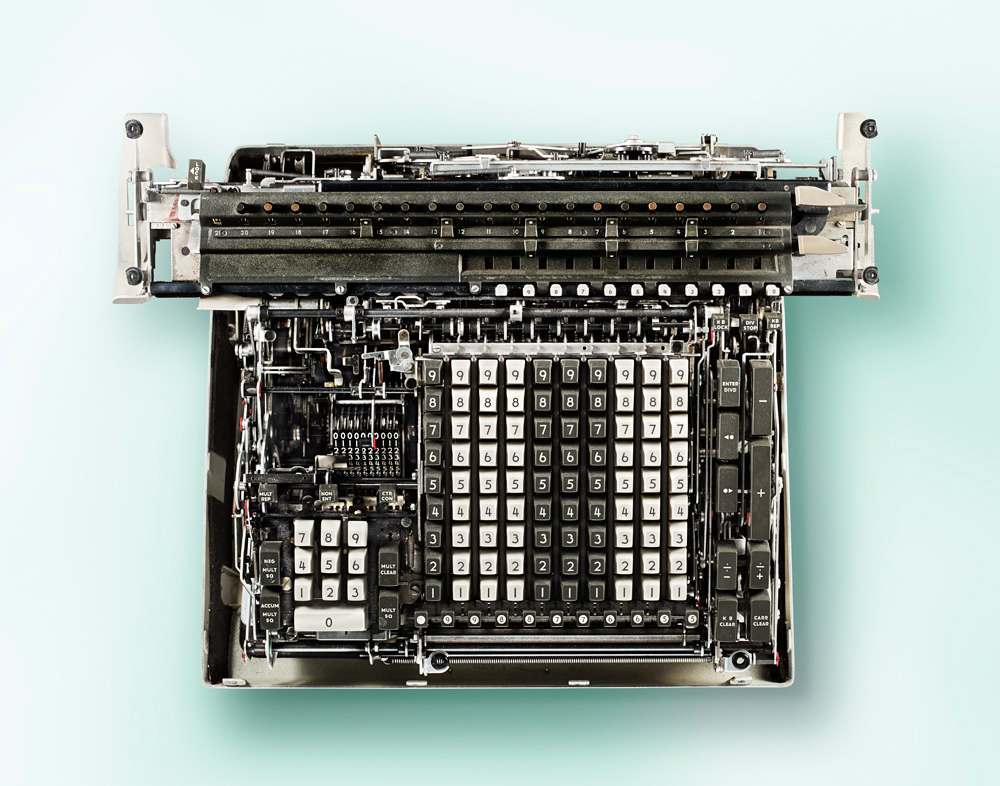 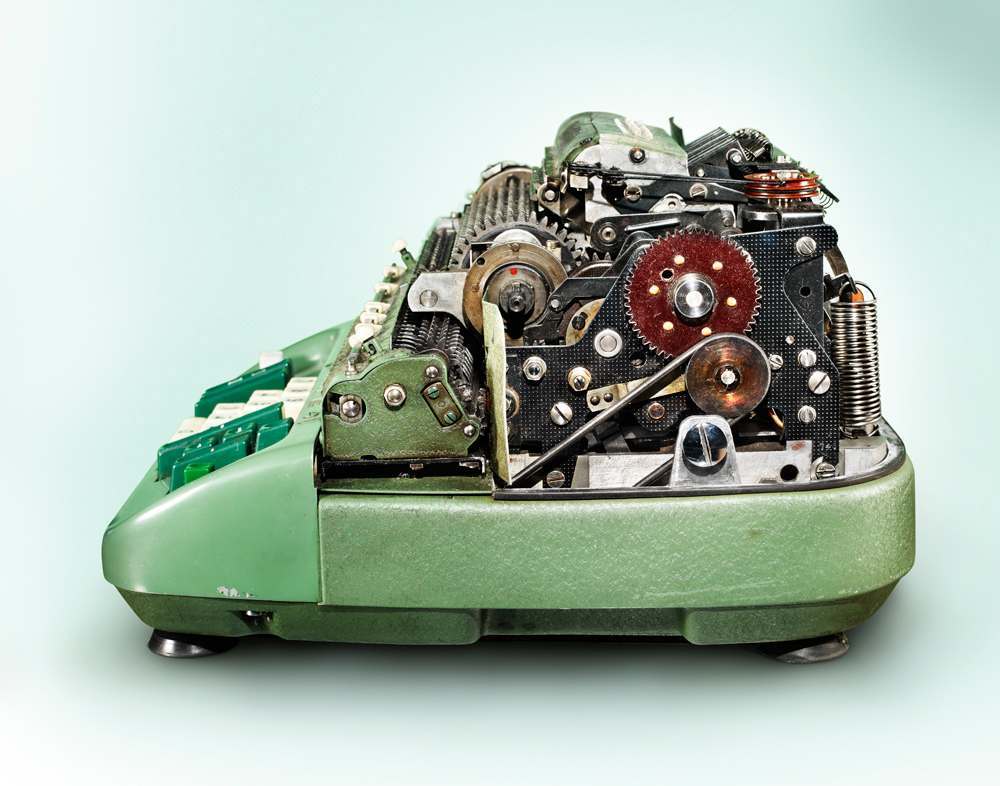 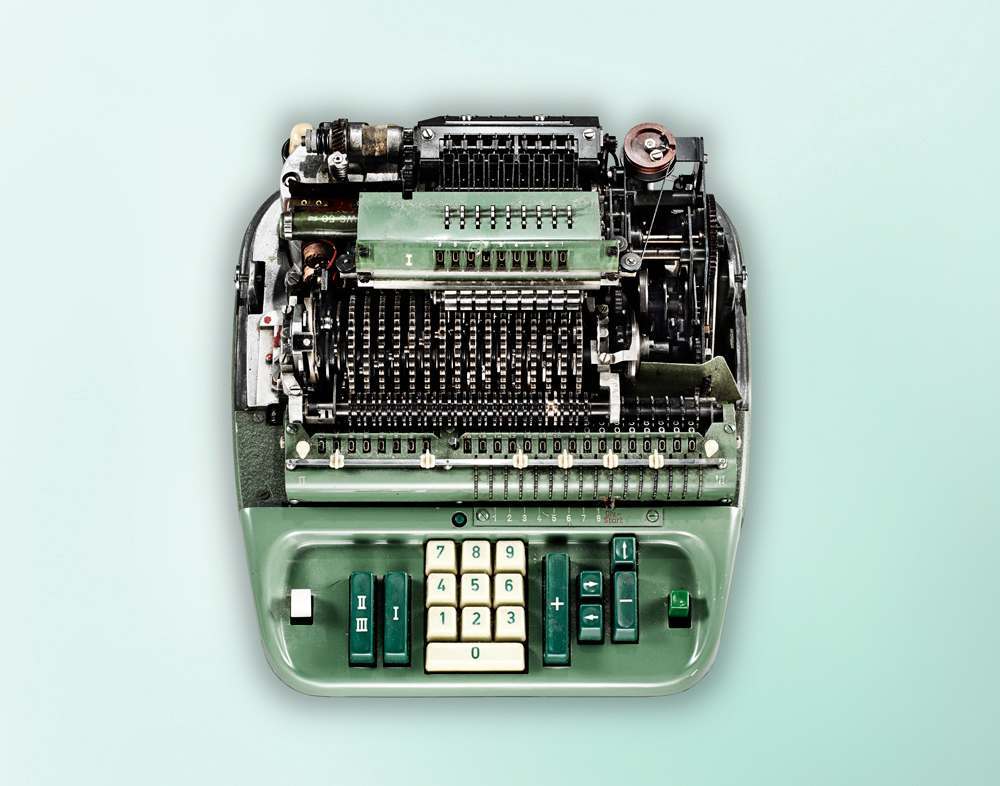 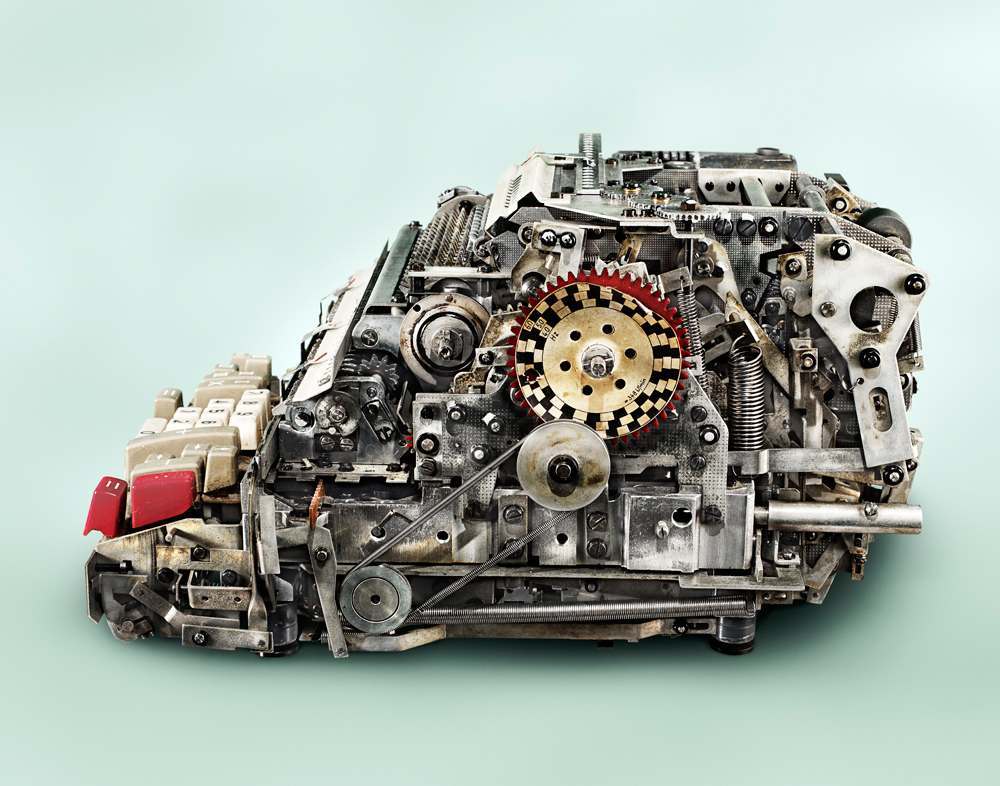 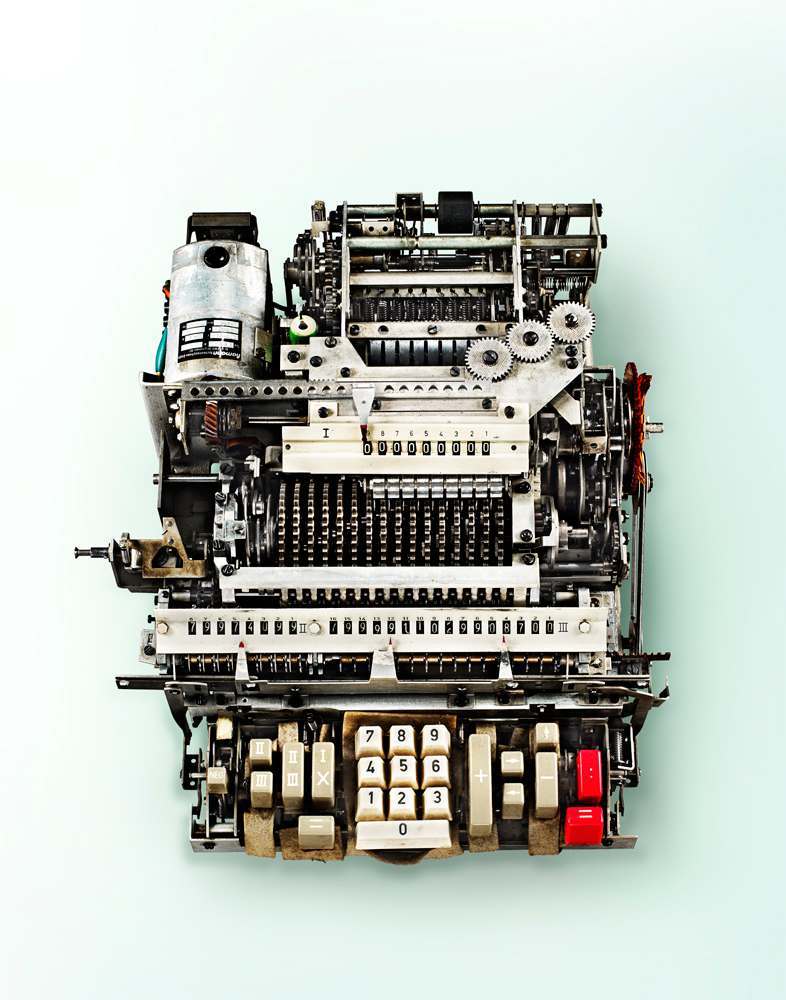 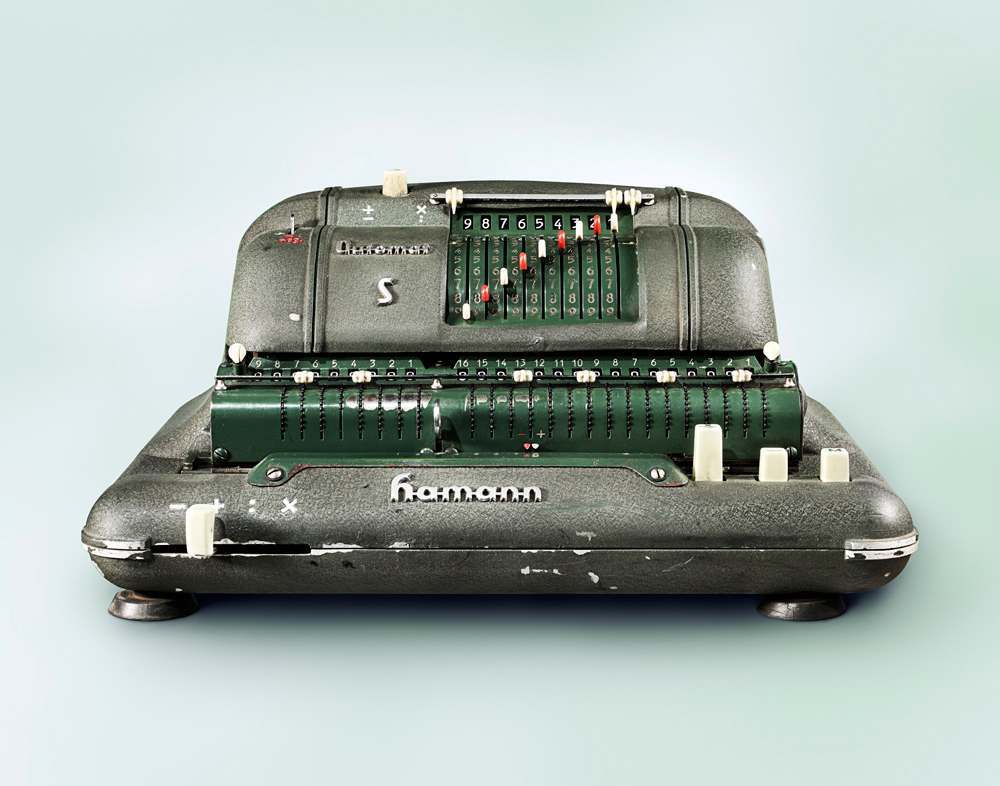 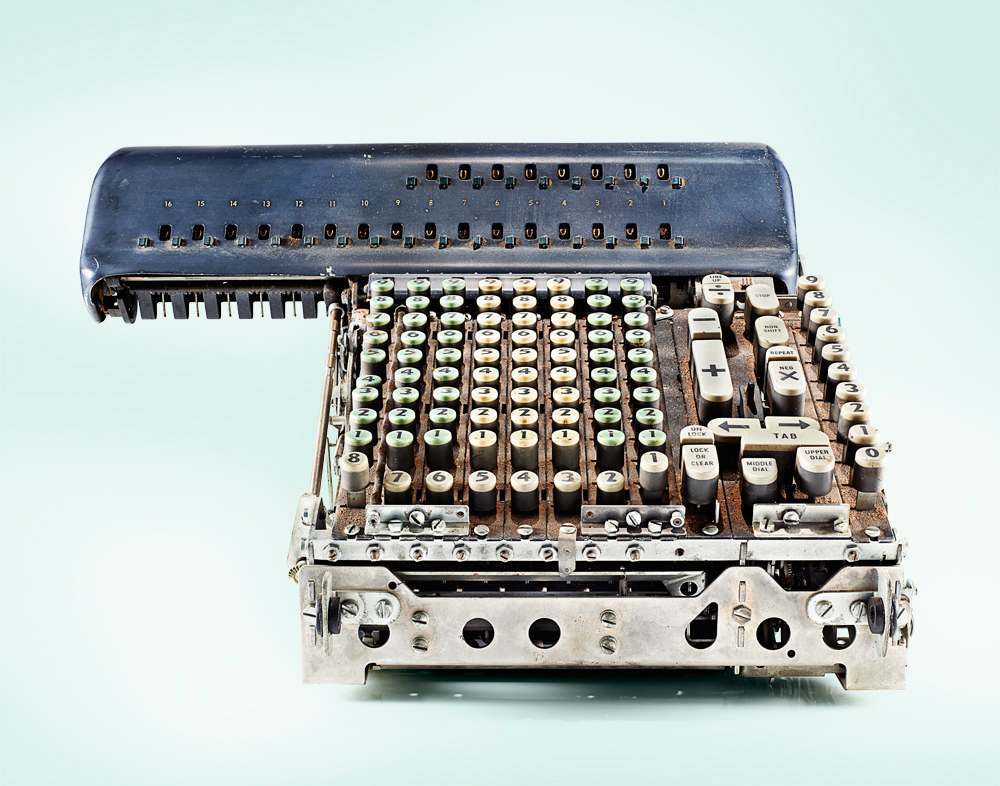 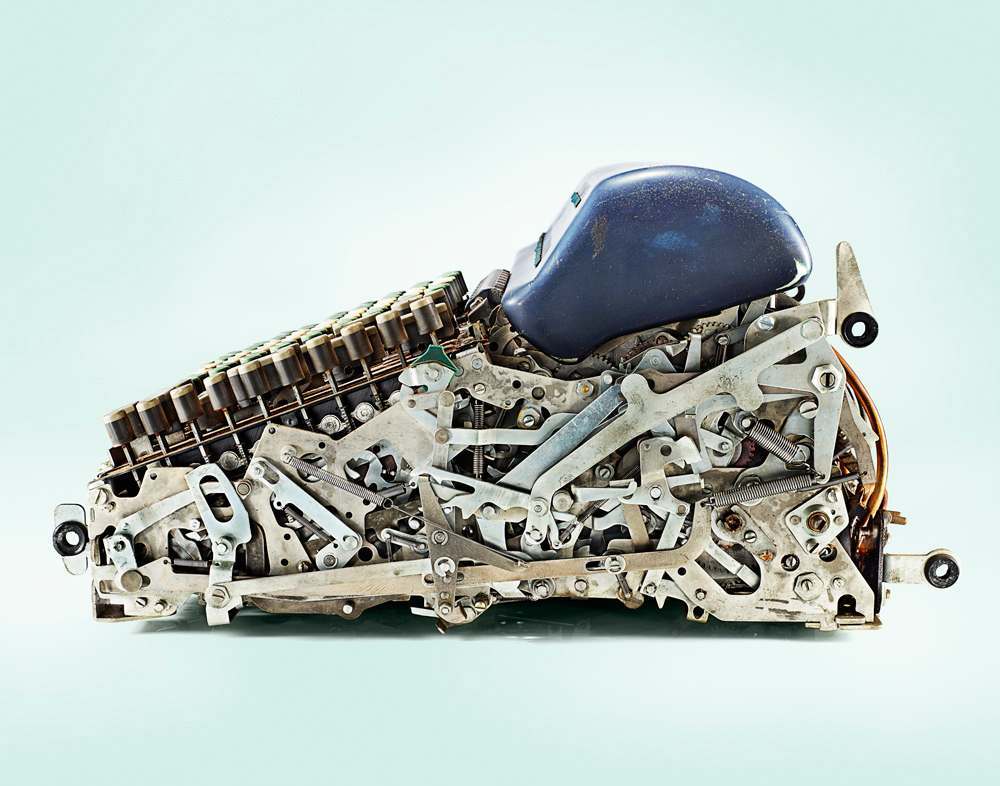 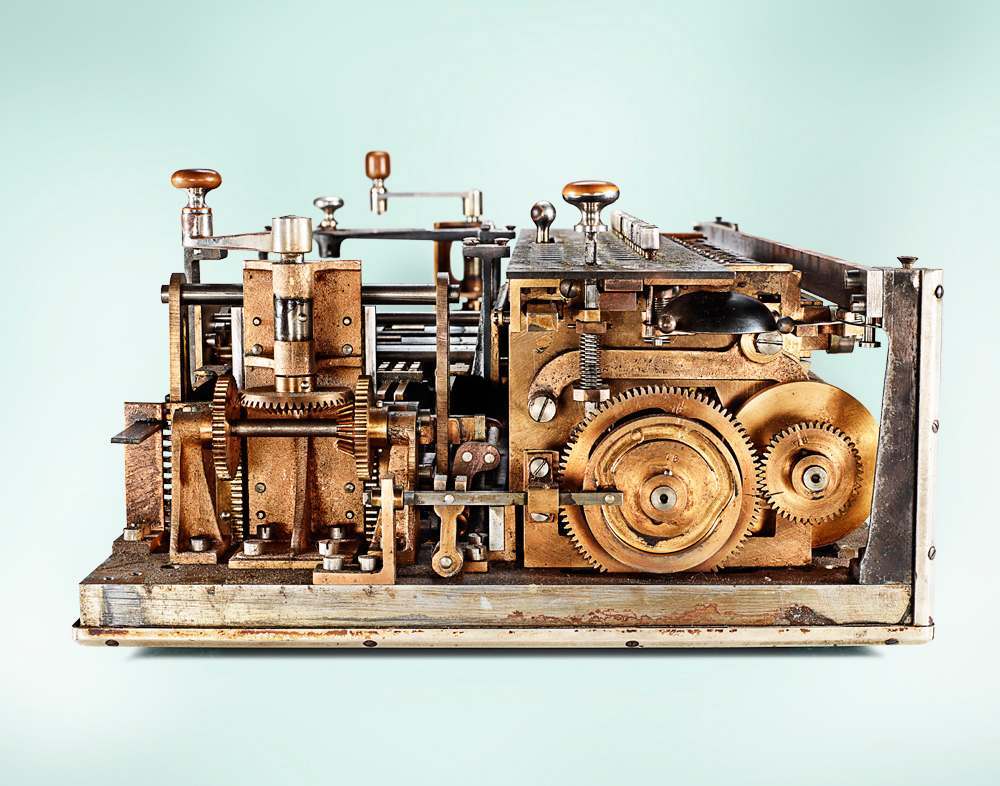 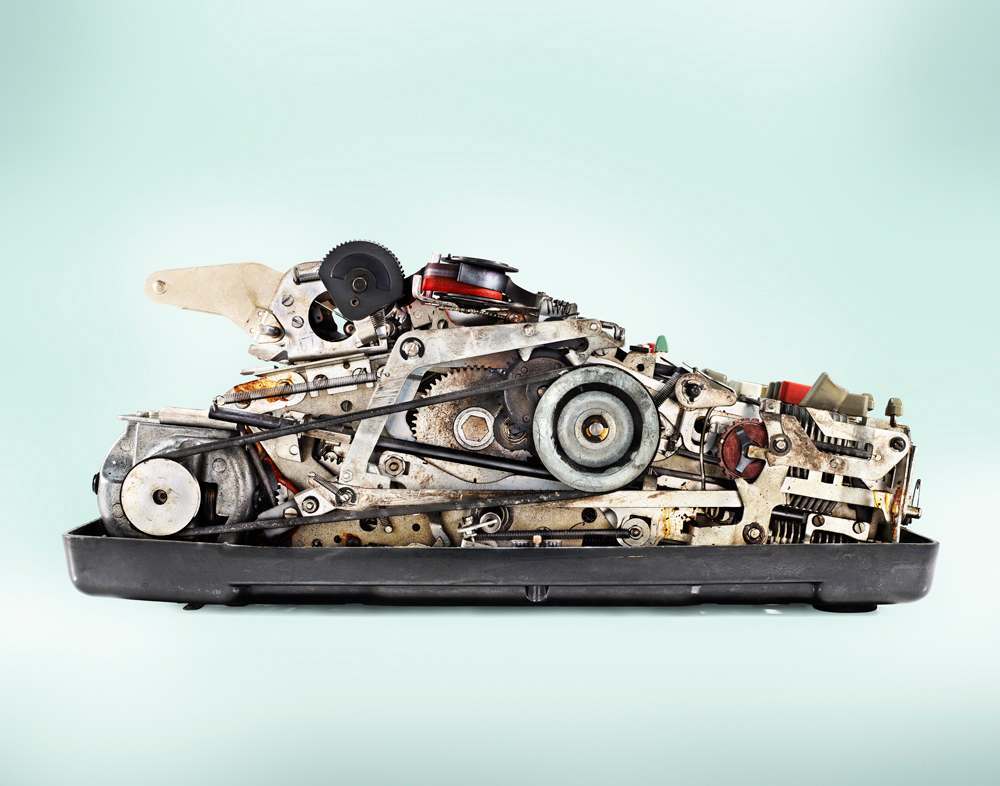 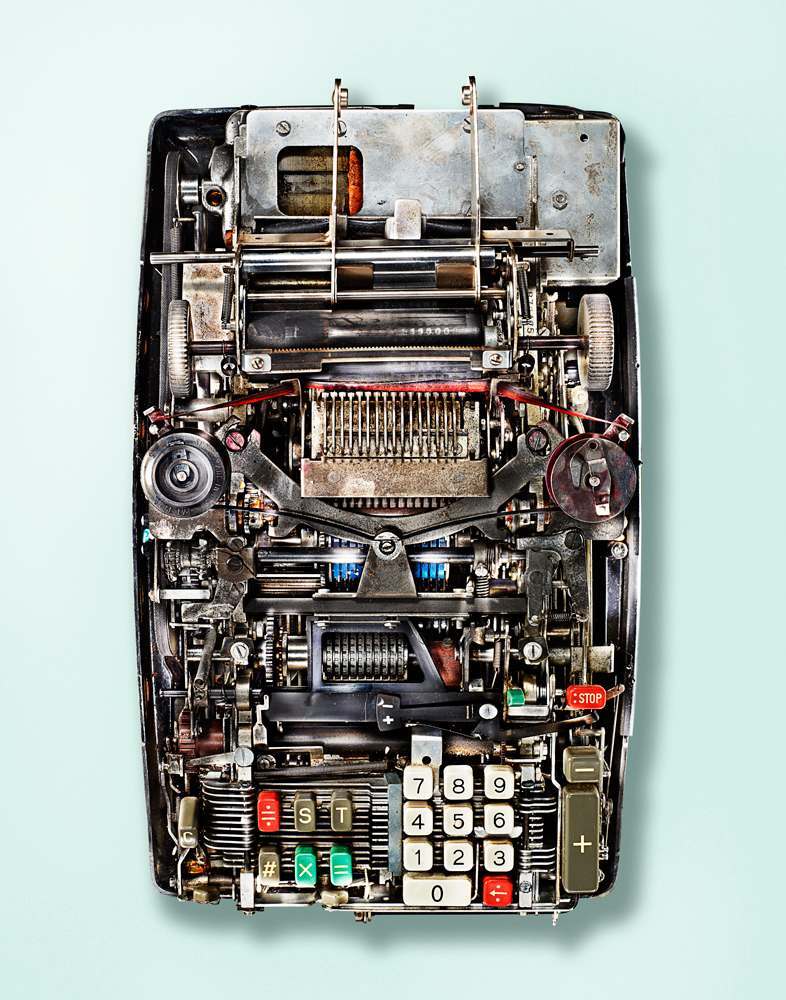 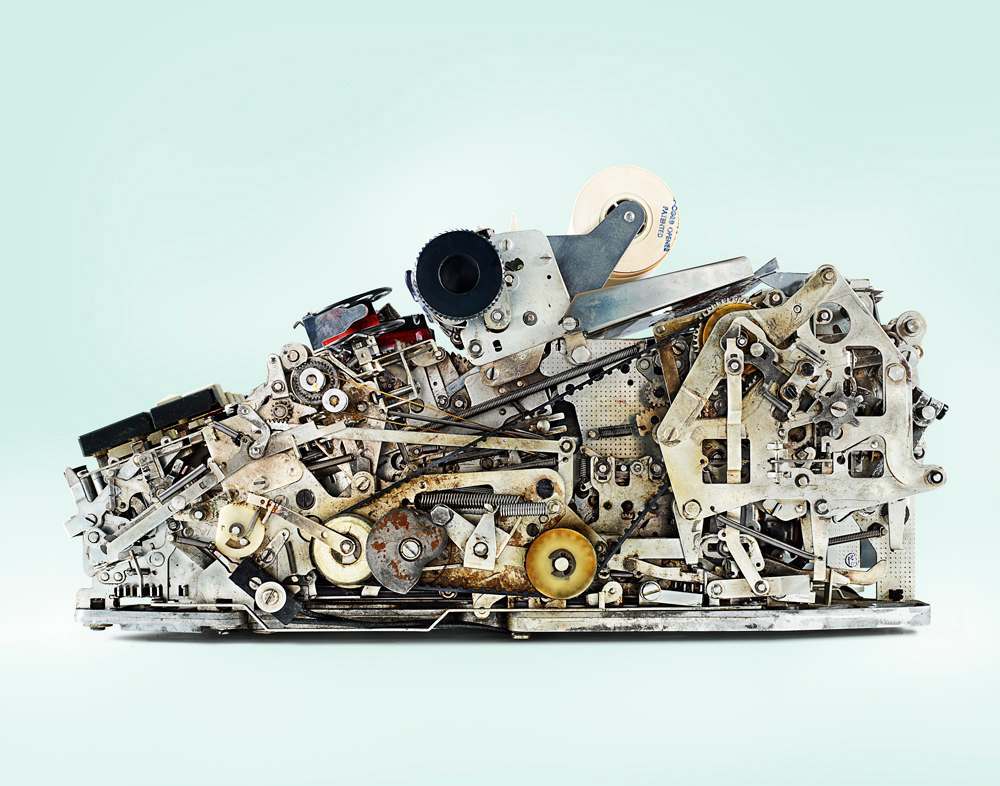 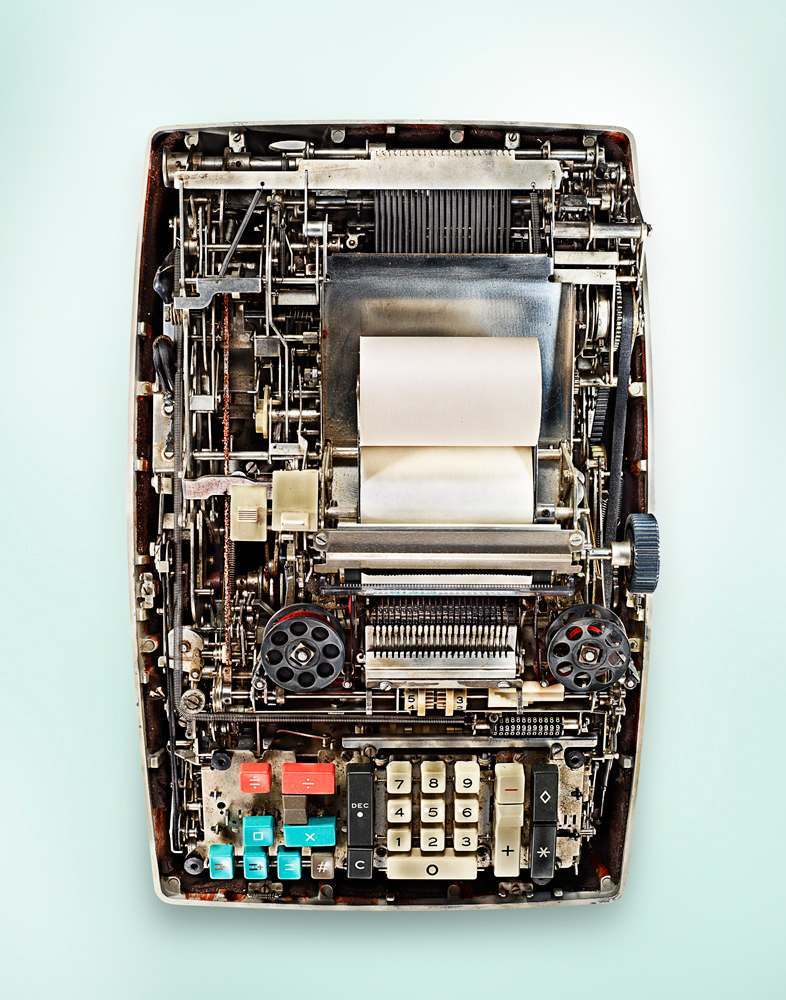 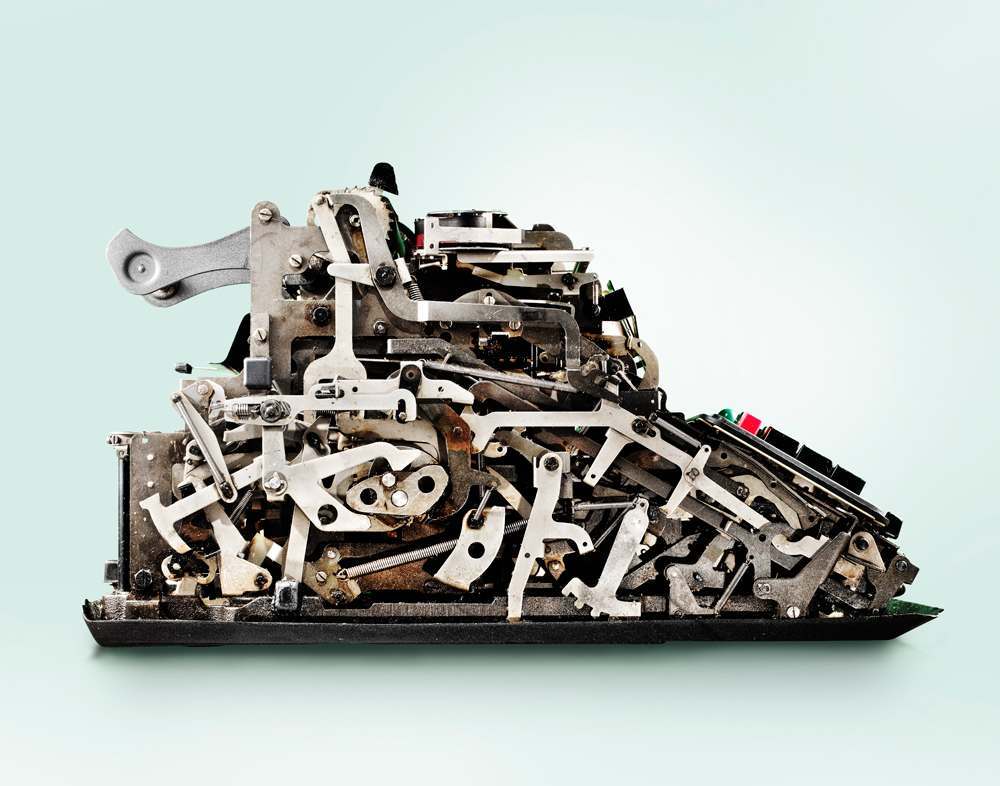 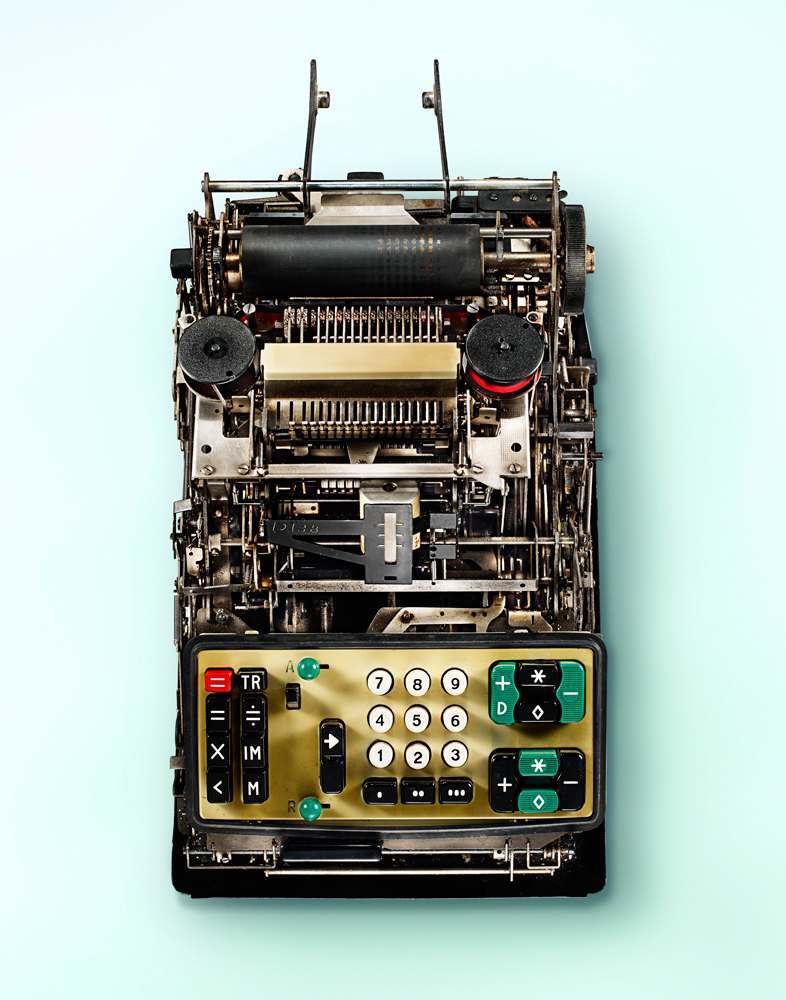 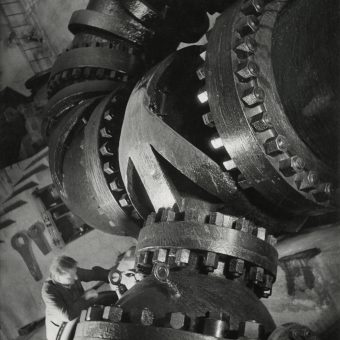 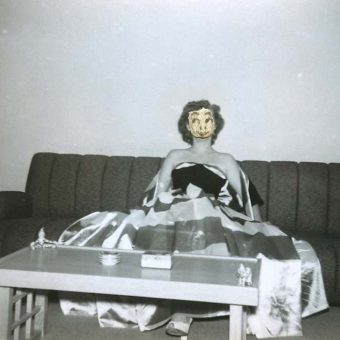 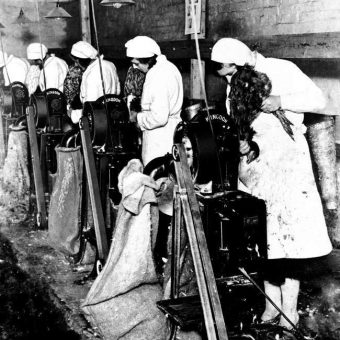