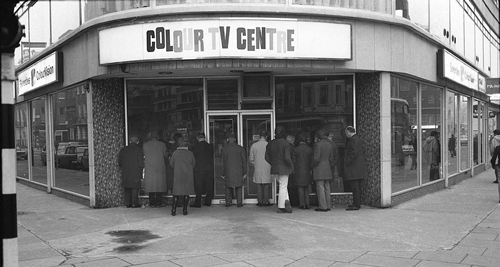 BRITAIN was the first country in Europe to provide regular colour television broadcasts.

Early experiments in the 1950s led to the announcement in March 1966 that a fledgling service was planned. (A live colour feed was provided for the World Cup final, but, as with numerous other broadcasts, no one appears to have considered it worthy of keeping.)

The first colour broadcast was tennis from Wimbledon in 1967 on BBC2, the channel chosen for all the initial programmes. 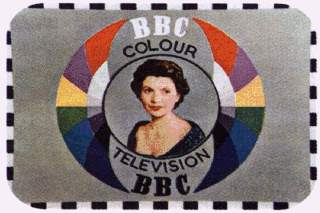 Colour sets were in short supply and cost about £250 – about half the average annual pre-tax income. By 1968 most of BBC2’s output was in colour, and by the following year men had landed on the moon, and BBC1 and ITV (the only other channels in those days) were all ponsified and coloured-up too.

By the early seventies the sets were more affordable, albeit a bit garish and blurry, and 12 million households had colour licences. For those that didn’t, it wasn’t the end of the world. There was always the Colour TV Centre on the Edgware Road, where one could relax with friends and/or fellow gentlemen of the road, and enjoy the latest technology from the comfort of your own overcoat.