In 1975 Pink Floyd starred in a comic book, published to coincided with the band’s Dark Side of The Moon tour. Created by Storm Thorgerson’s Hipgnosis, the comic was a “Super, All-Action Official Music Programme for Boys and Girls”. The comic features the band’s members as comic book heroes. Roger Waters is Rog of the Rovers, a take on the fabled British comic book hero Roy Race, captain of soccer team Melchester Rover and wife to – get this – club secretary Penny Laine. Rog is an “ace goal-scorer” for Grantchester Rovers. Nick Mason is the dashing Captain Mason, R.N., a brave WWII naval hero. Dave Gilmour is Dave Derring, performer of acts of derring-do. And Richard Wright is chick magnet Rich Right. 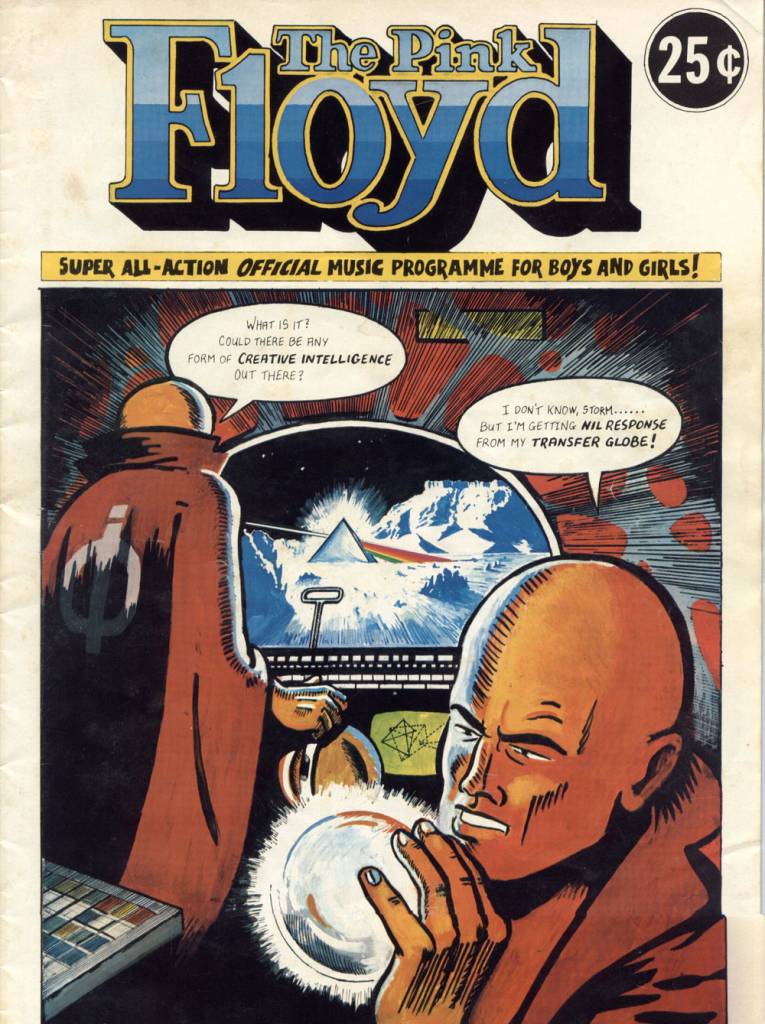 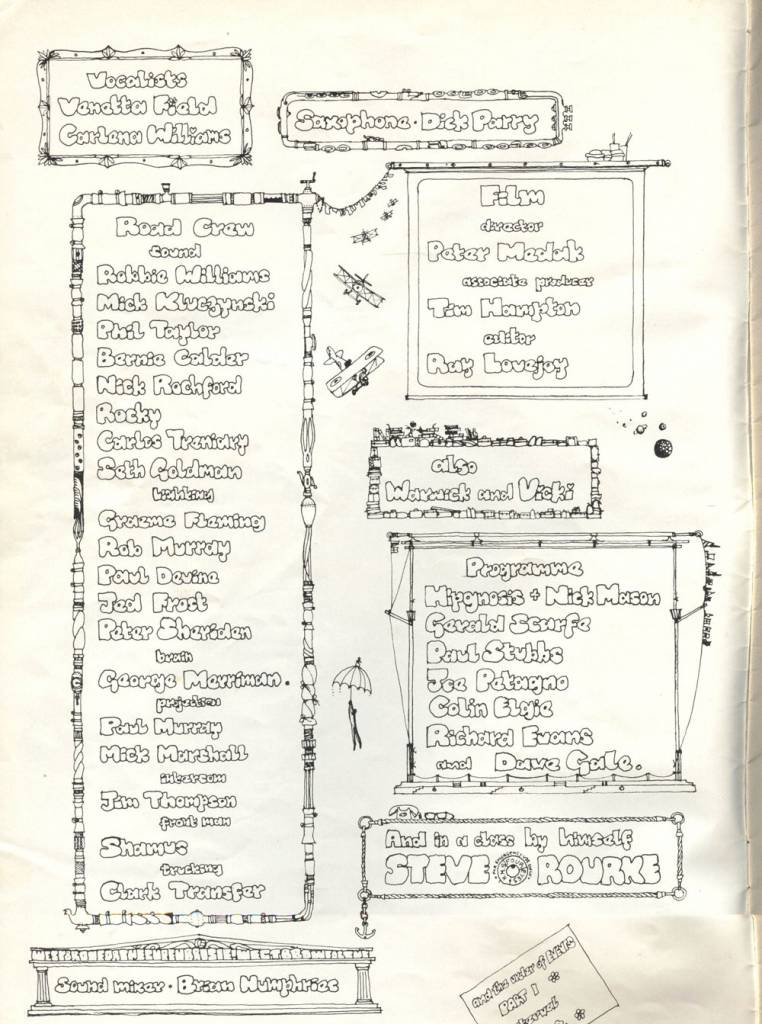 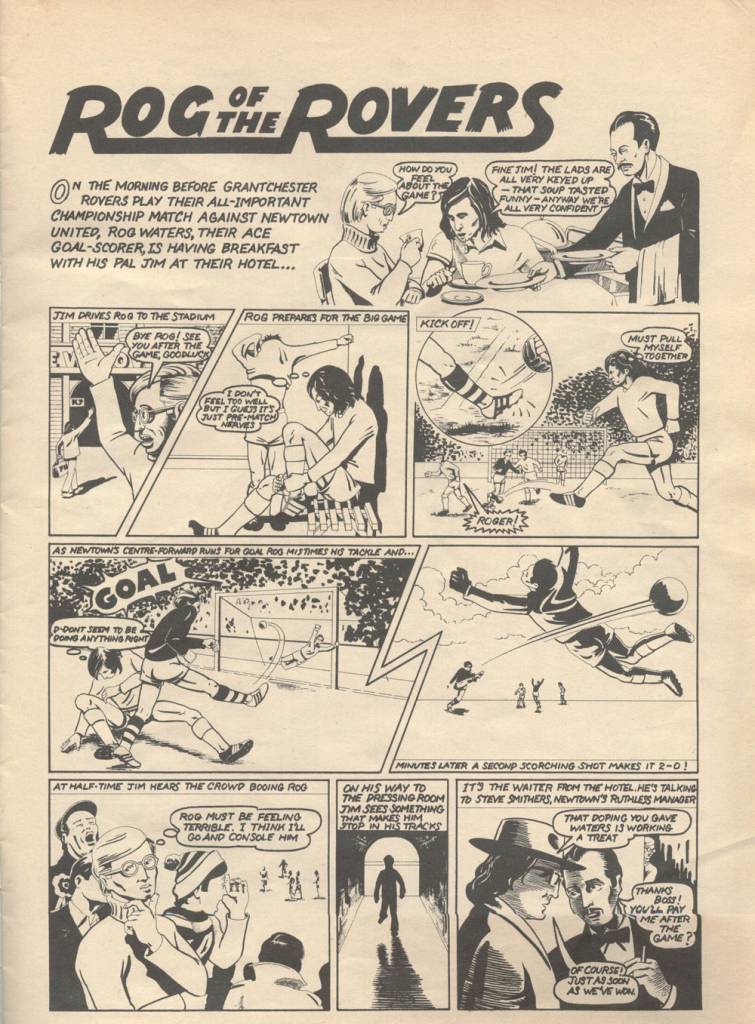 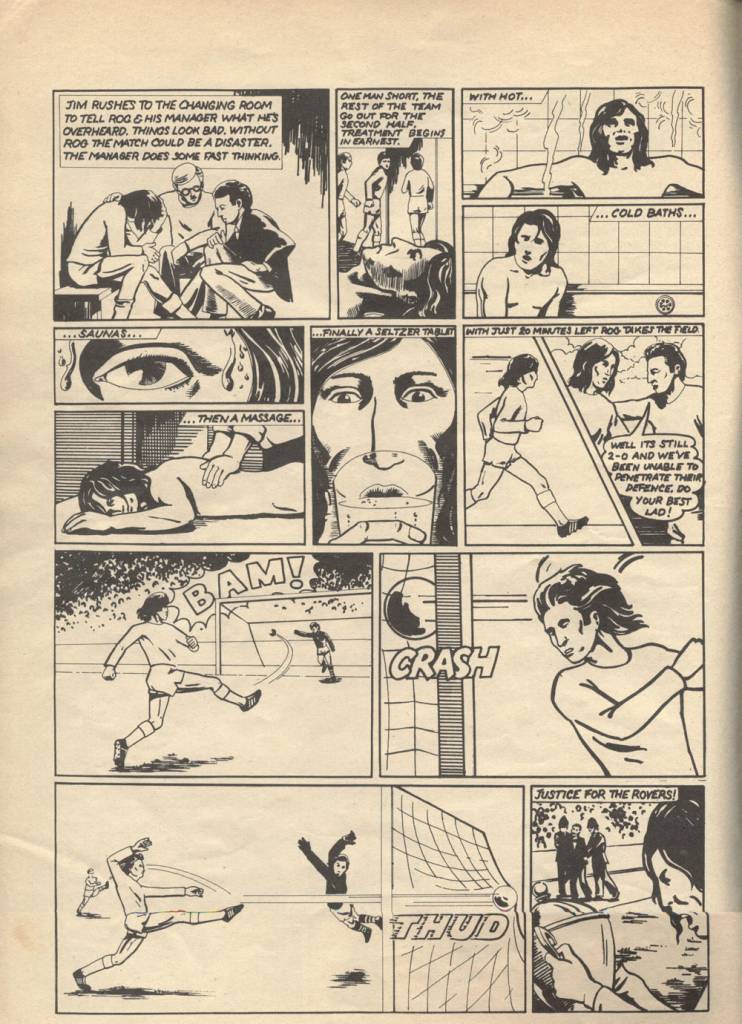 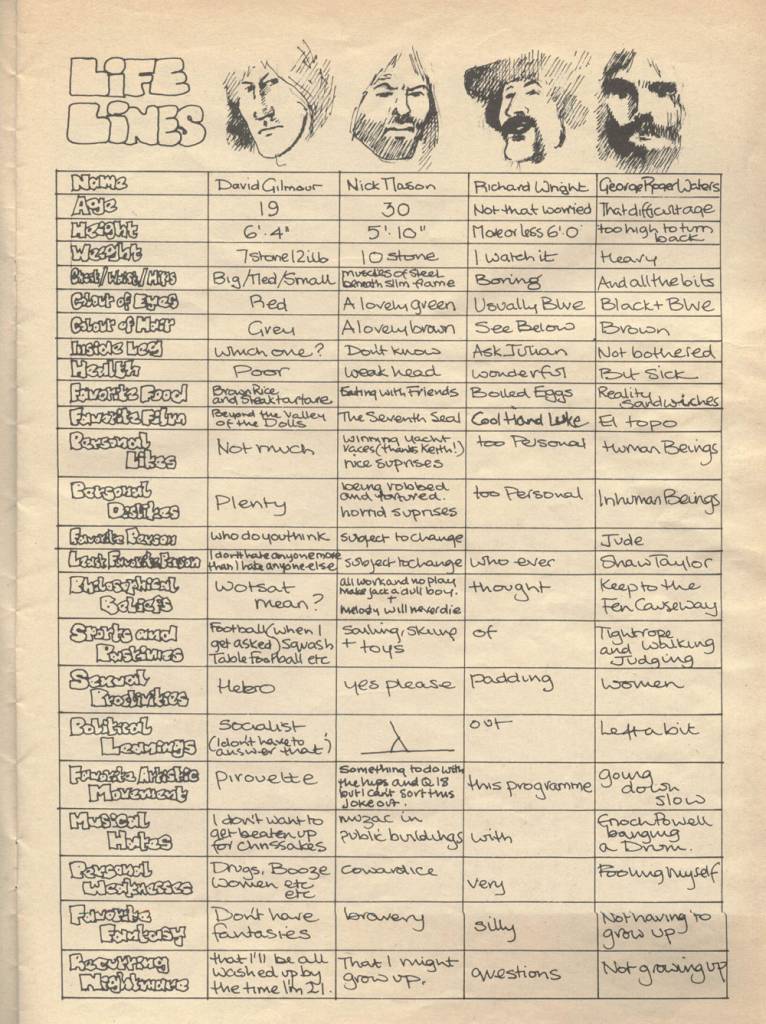 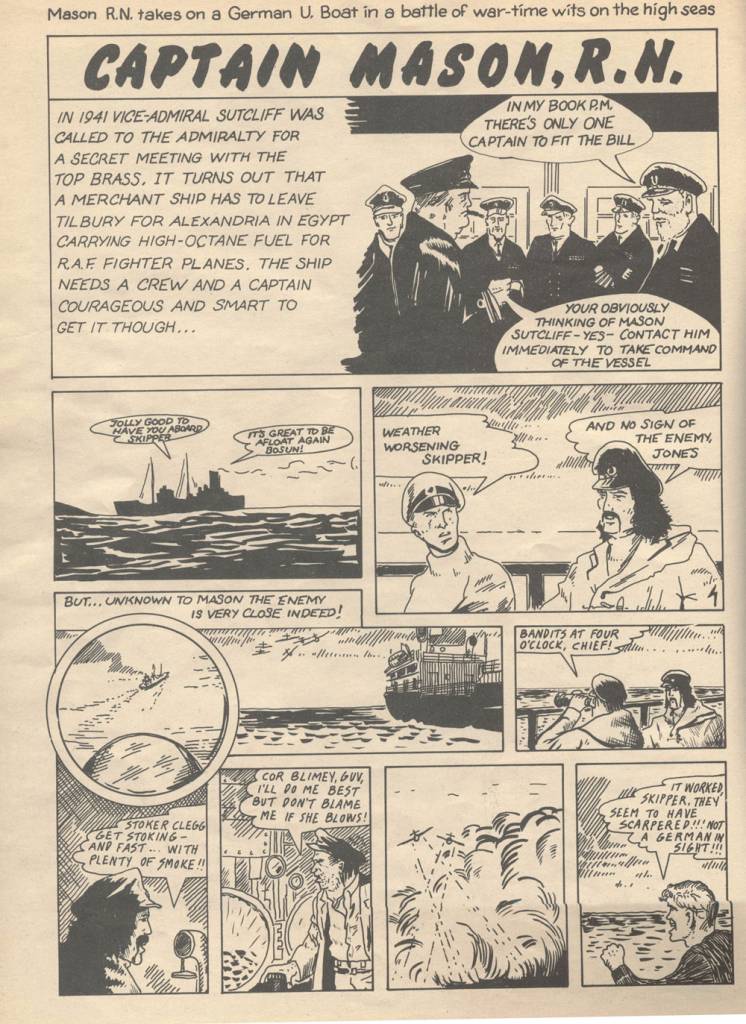 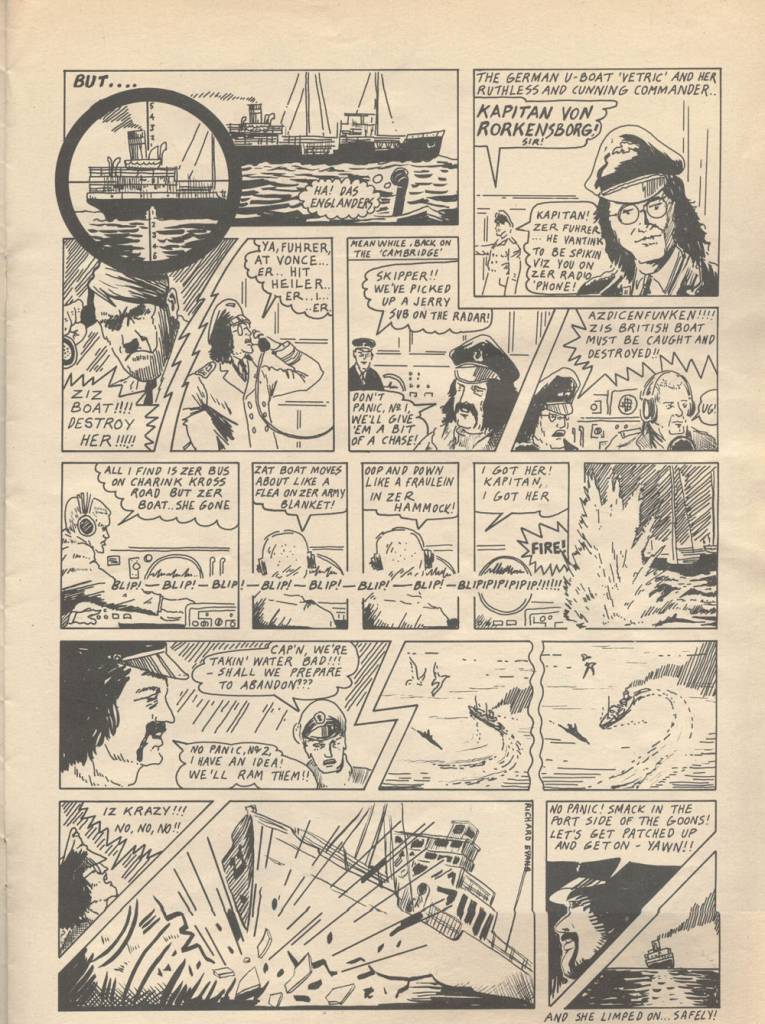 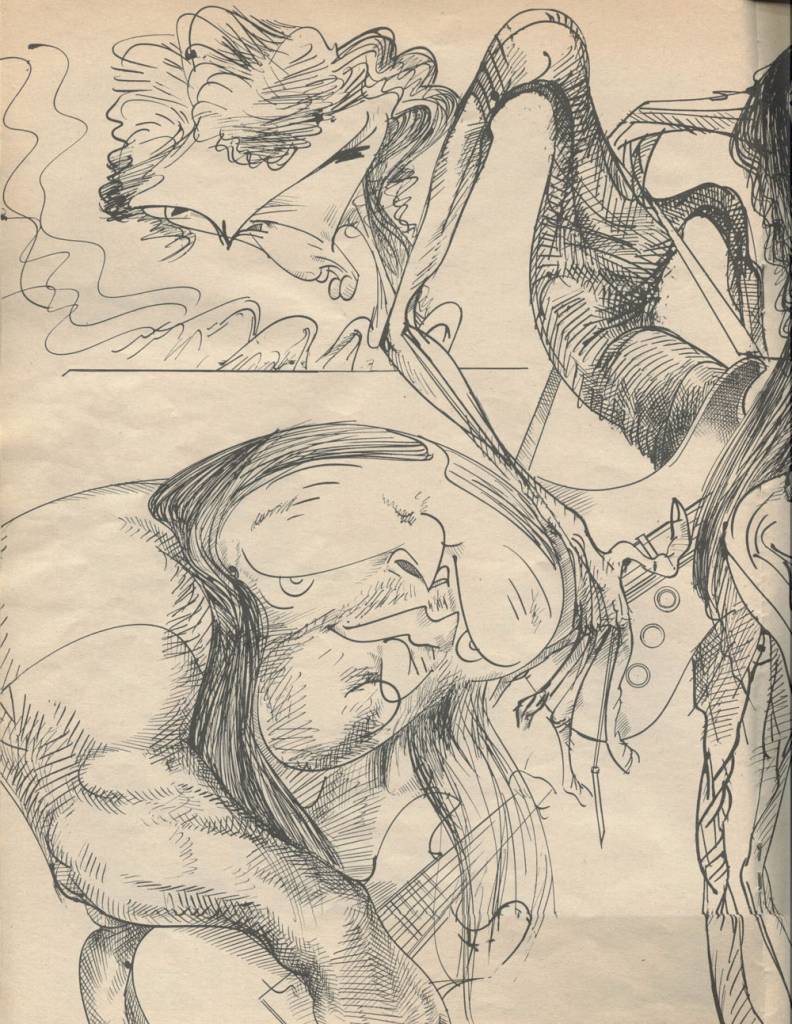 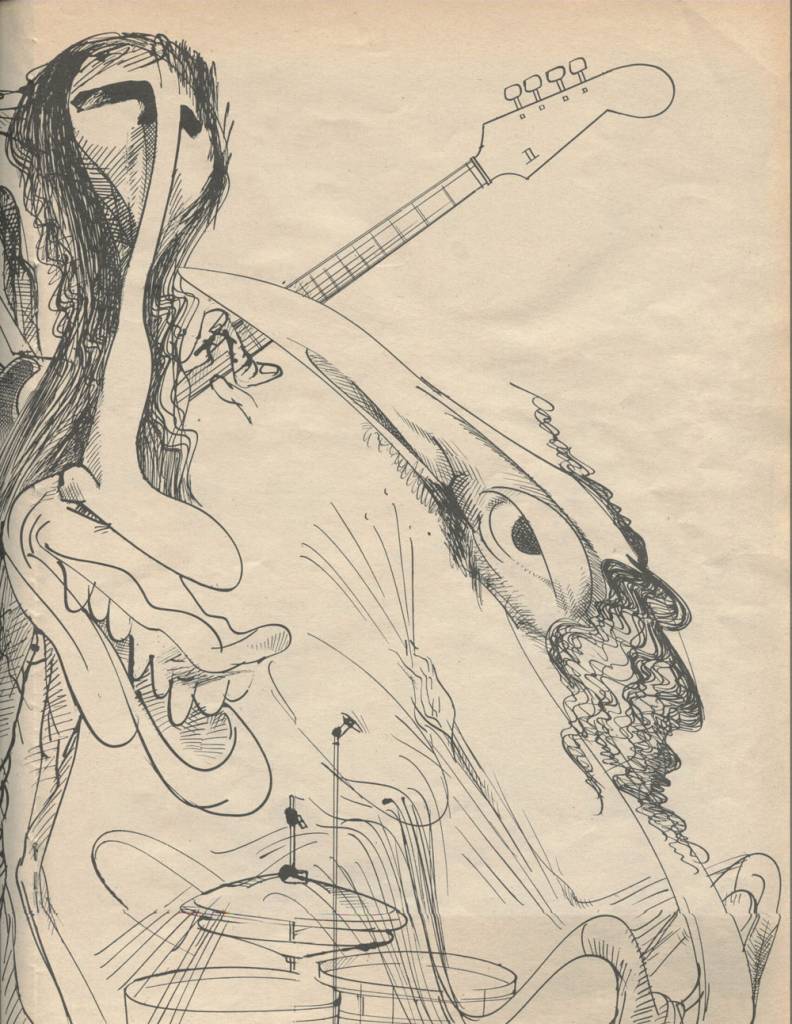 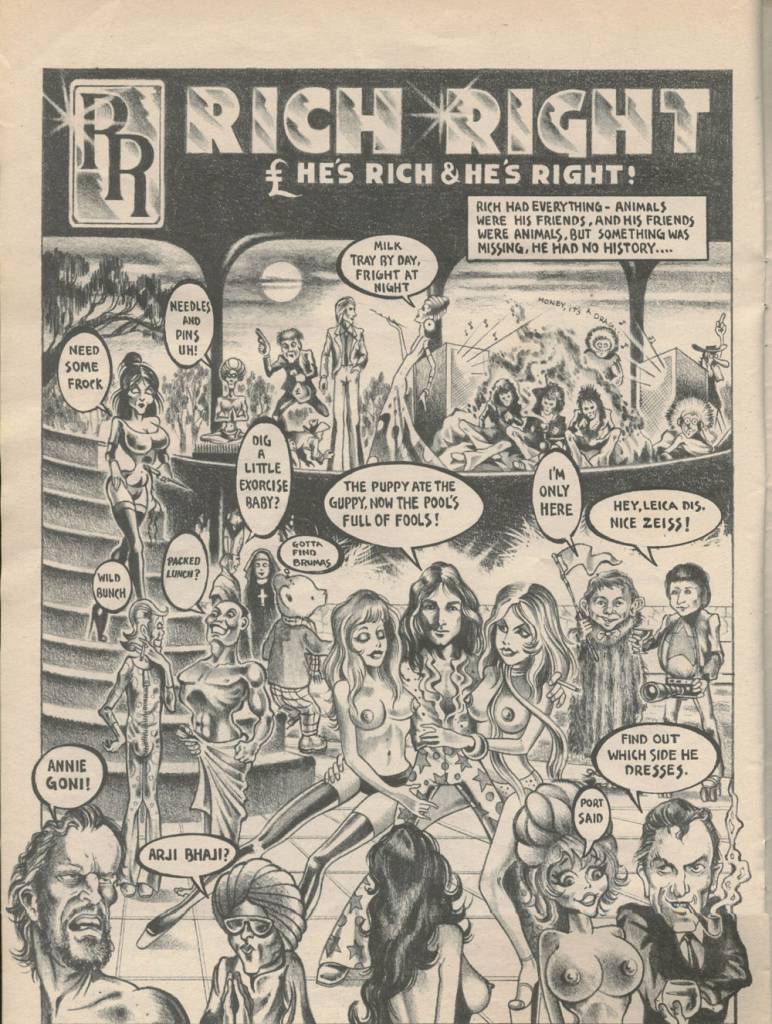 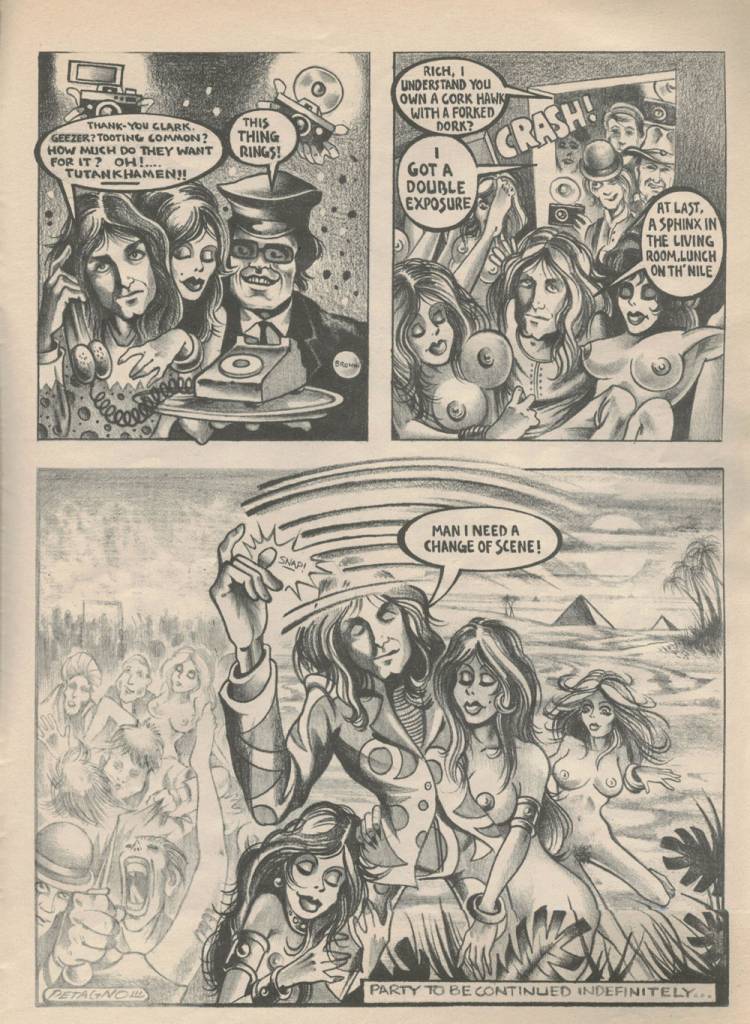 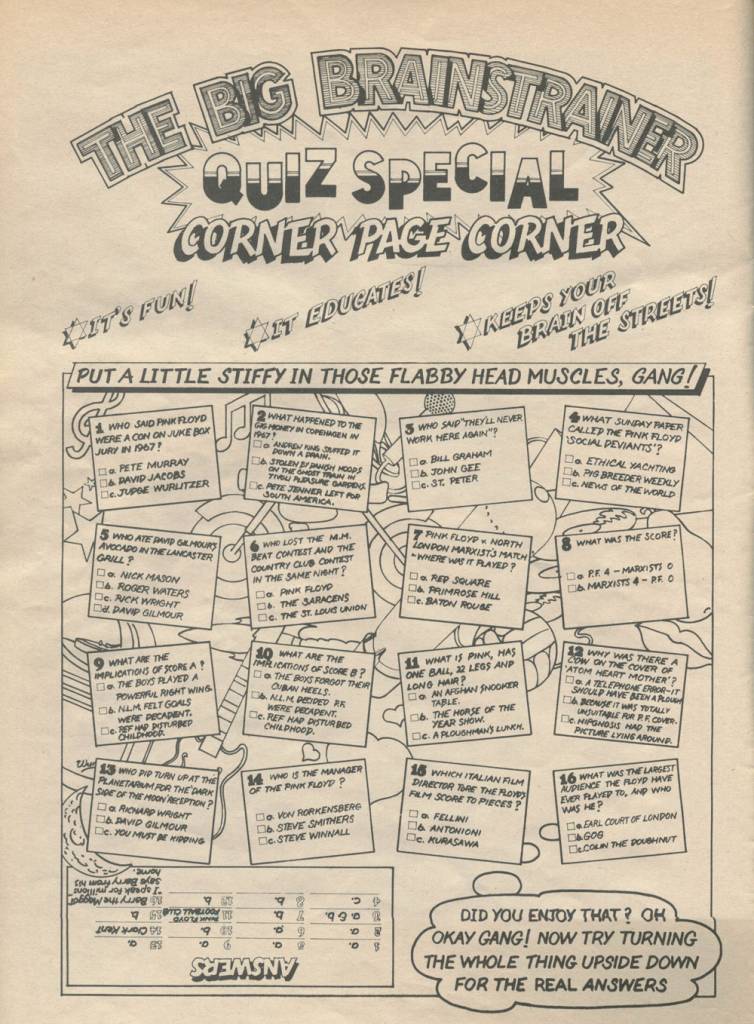 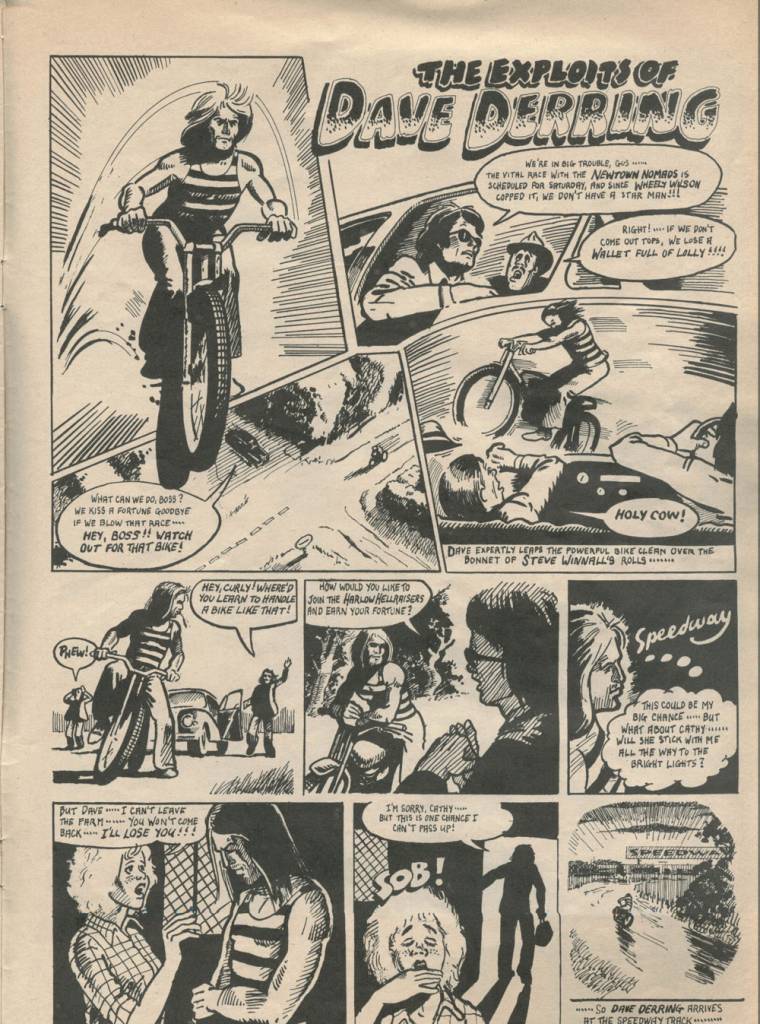 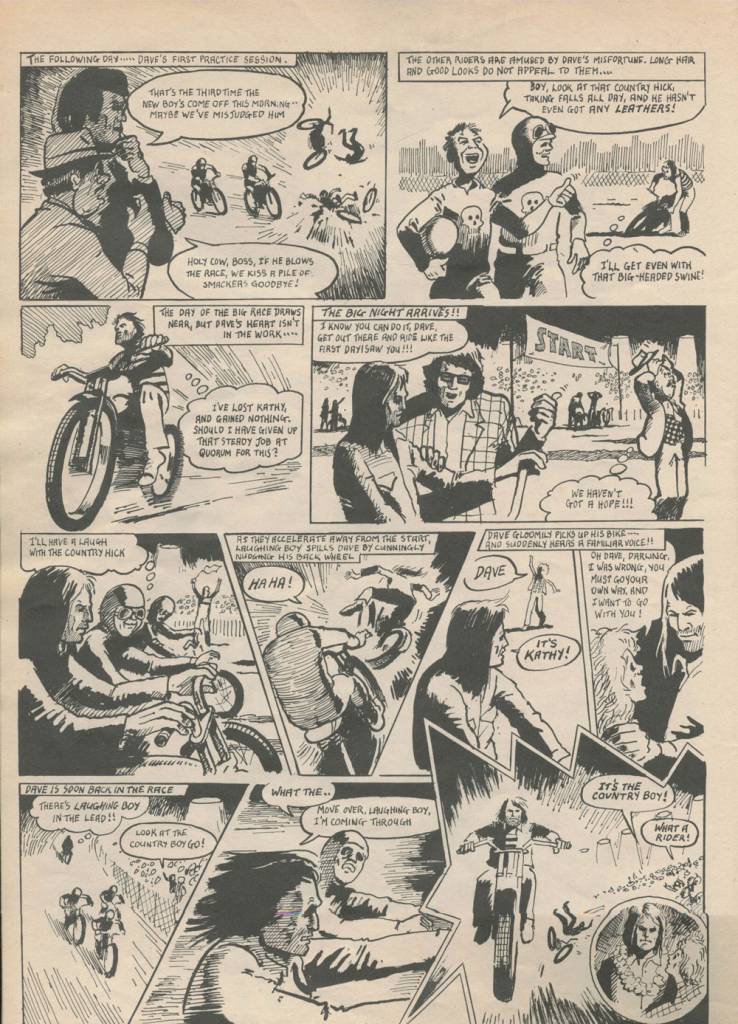 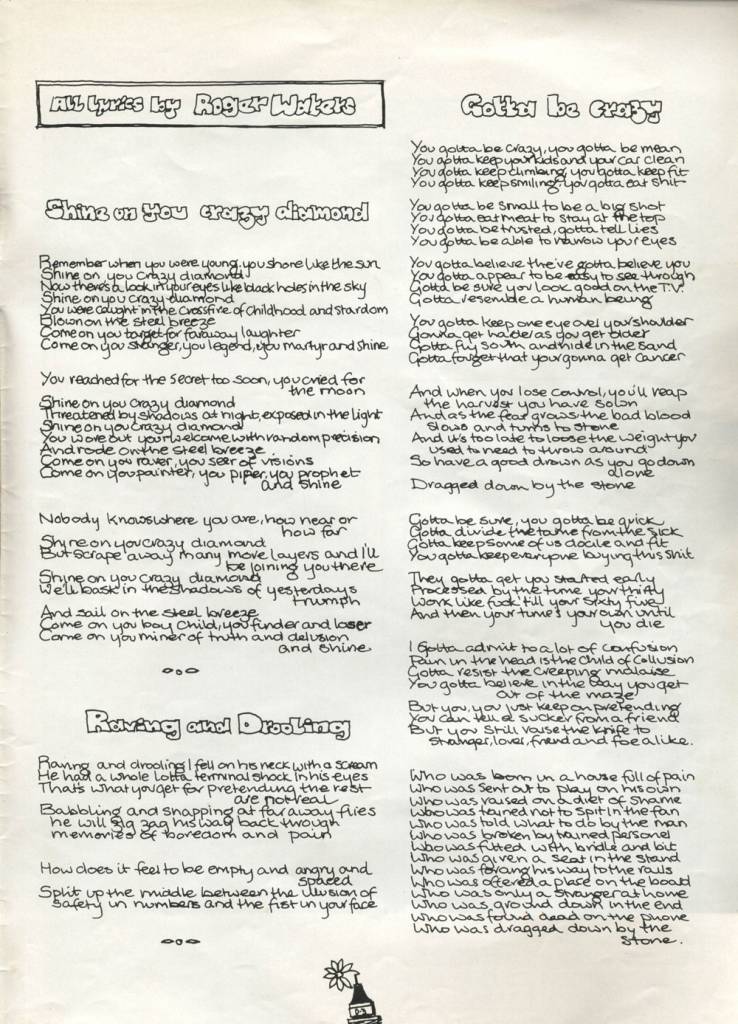 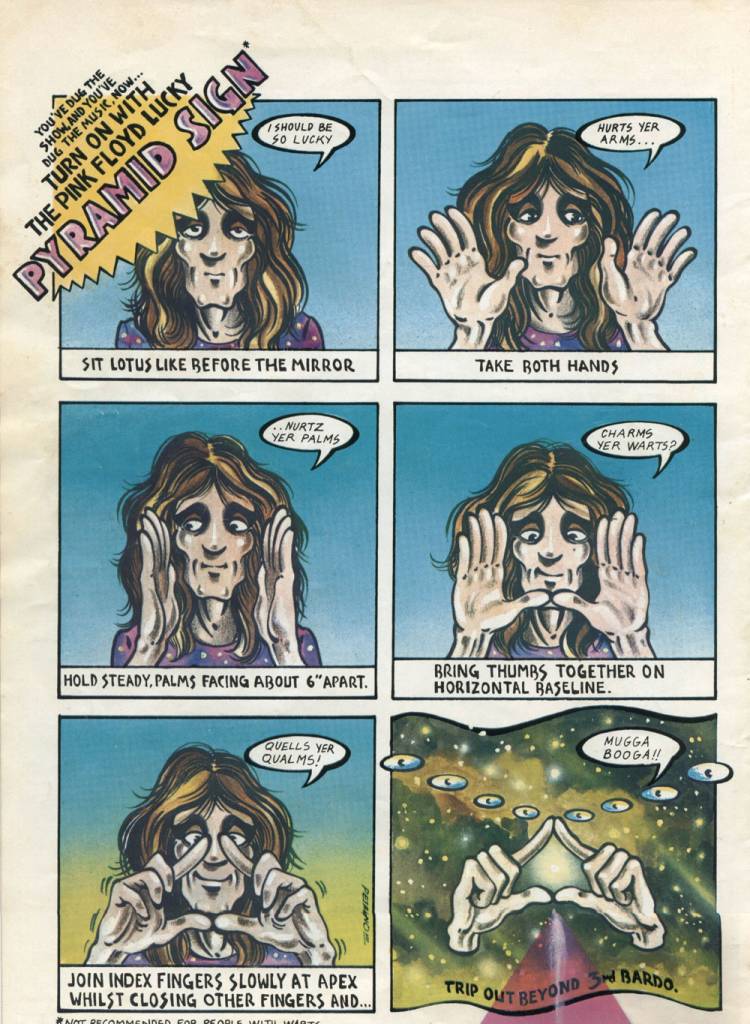