IN 1881, the London St James’s Gazette reported on the end of life on Earth. The news was picked up by Australia’s Bendigo Advertiser:

” This planet, it seems, is threatened with serious changes by the extension of the telegraphic system. A timely note of warning to this effect is given by one of the American papers. Polarity, it observes, depends upon a current of electricity passing at right angles to the direction of the poles. The polarity of the earth depends upon the electric or heat currents of the sun, and it is highly probable that the earth’s inclination to the ecliptic is governed by its polarity. If, therefore, there were instantly established sufficient electrical connection by wires around the earth, with the earth itself, to instantly equalize the current and produce a complete reduction of all electrical excitement, what would be the effect on the polarity, and secondly on the inclination to the ecliptic ? May there not be a sudden change of polarities — the Arctic region becoming equatorial, and the tropics suddenly changed to polar temperature? The sudden melting of the vast ice fields would produce another glacial flood ; the present race would disappear, and the man of the quaternary would begin life ever again at the antipodes. All this is to be accomplished by the continuation of complete circuits for telegraphing around the globe. Of course tremendous earthquakes would follow, as the polar diameter is twenty-six miles too short and the equatorial twenty-six miles too long. Whether this theory prove correct or not, there cannot be a doubt that something has of late gone wrong with atmospherical arrangements, and perhaps the telegraph wires are not wholly blameless in the matter.”

If we can save one pole… 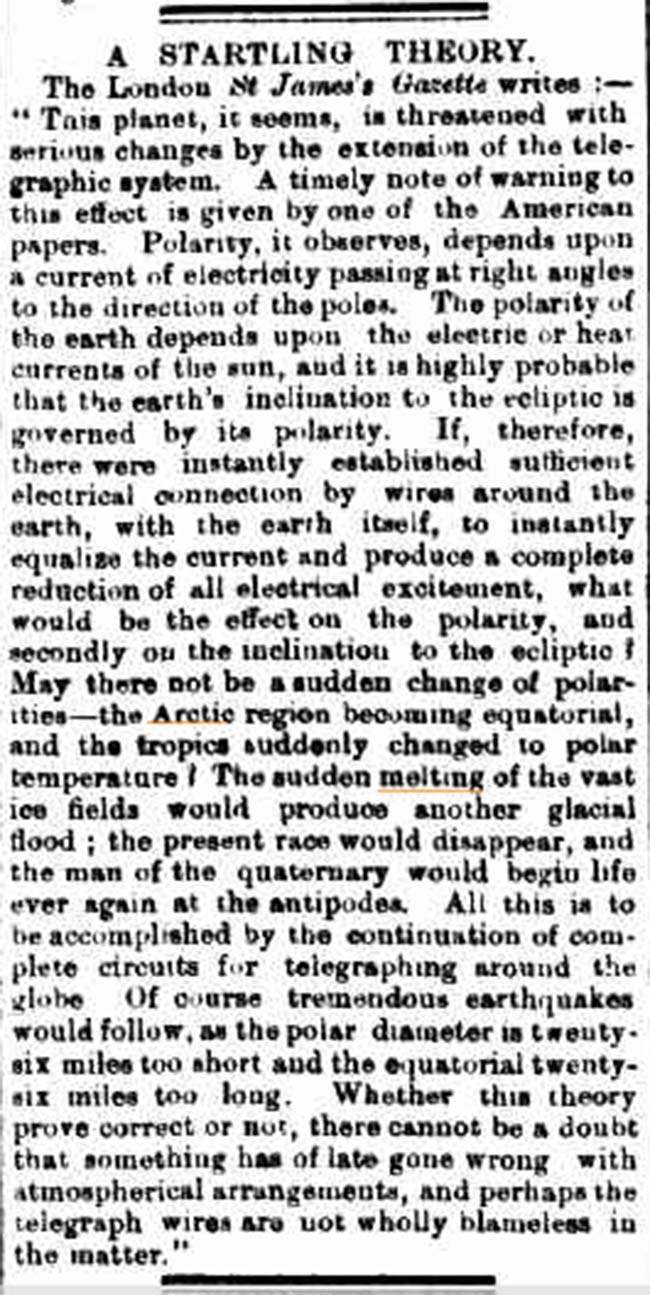 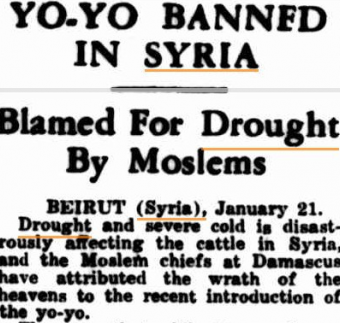