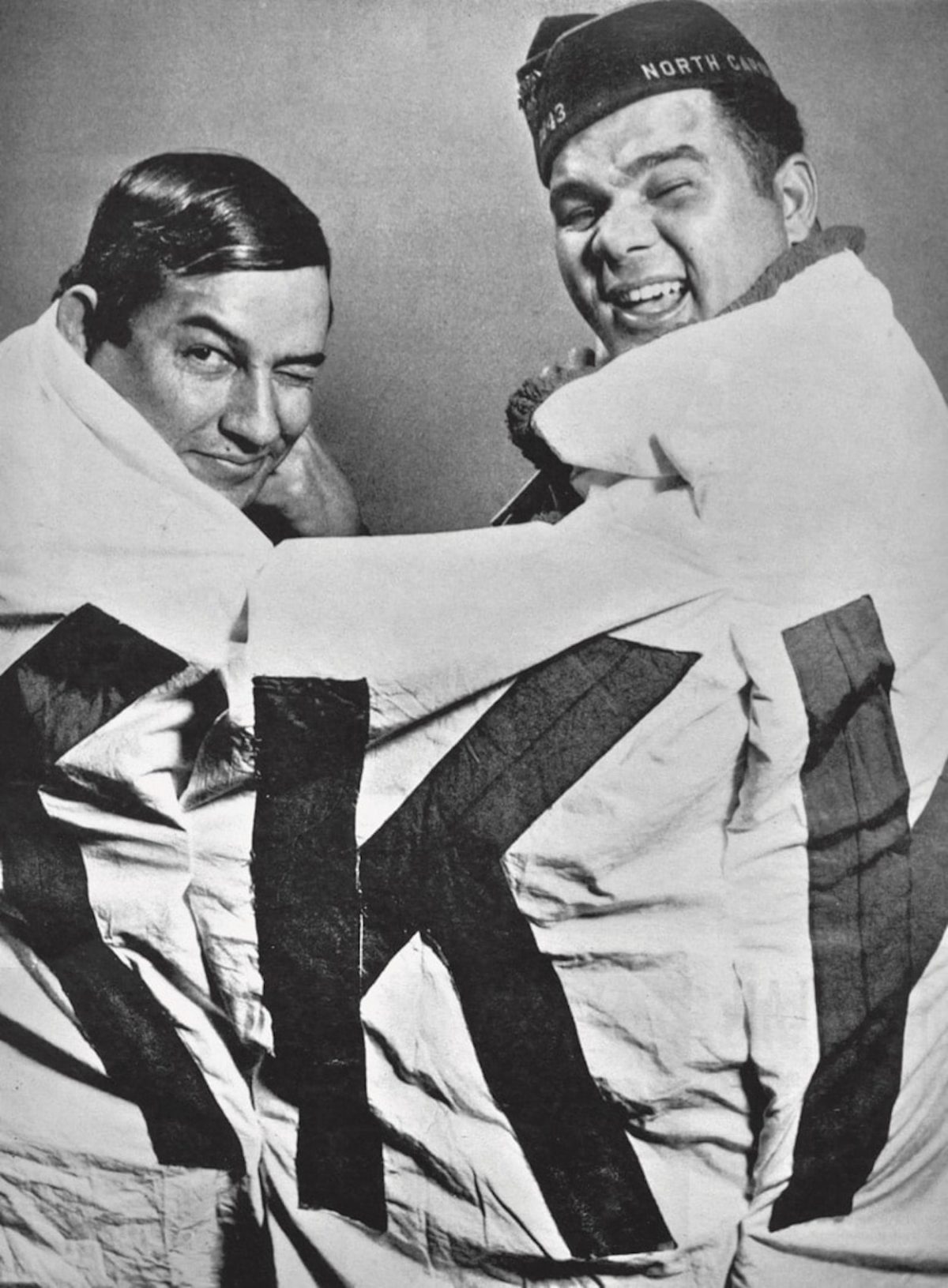 In 1958, the Lumbee tribe faced down the Ku Klux Klan:

The rally was scheduled for the night of January 18, 1958, in a field near Maxton, N.C. The stated purpose of the gathering was, in the words of Catfish Cole, “to put the Indians in their place, to end race mixing.” The time and location of the rally was not kept secret, and word spread quickly among the local Lumbee population.

Reports vary about the number of people gathered on that cold night, but there were thought to have been around a hundred Klan members. They brought a large banner emblazoned with “KKK” and a portable generator, which powered a public address system and a single bare light bulb. When the meeting began, the arc of the dim light didn’t spread far enough for the Klansmen to see that they were surrounded by as many as a thousand Lumbees. Several young tribe members, some of whom were armed, closed on the Klan meeting and tried to take down the light bulb. The groups fought, and a shotgun blast shattered the light. In the sudden darkness, the Lumbees descended upon the field, yelling and firing guns into the air, scattering the overmatched Klansmen. Some left under police protection while others, including Catfish Cole, simply took to the woods. 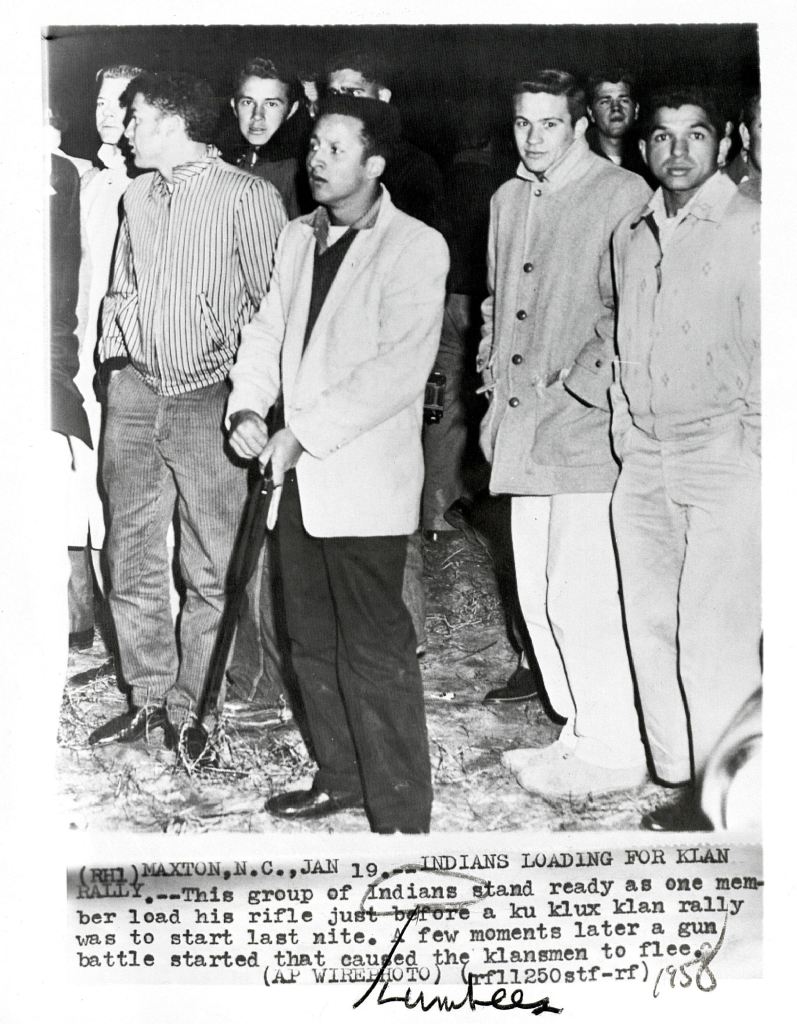 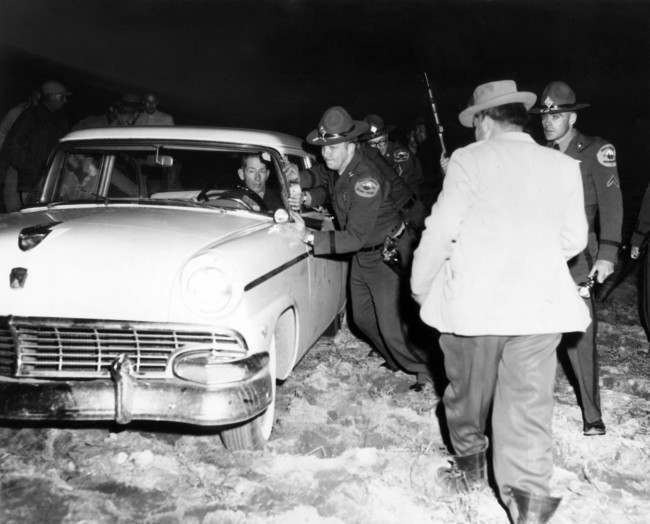 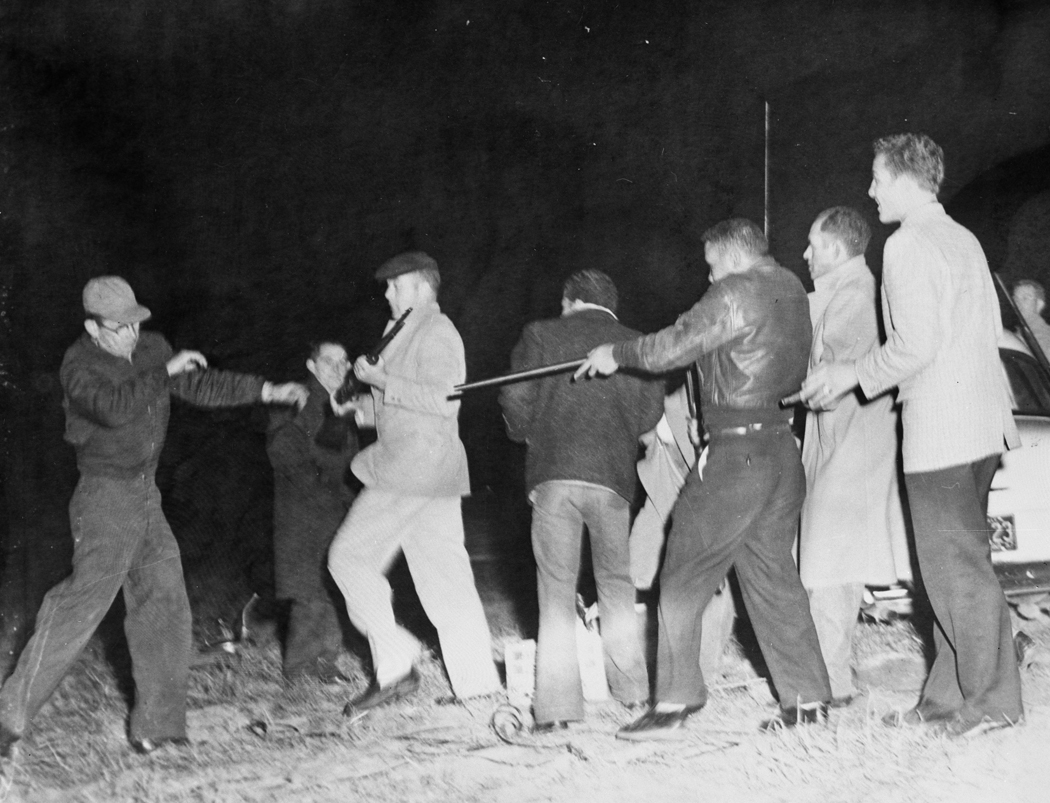 Images of triumphant Lumbees holding up the abandoned KKK banner were published in newspapers and magazines throughout the world. Simeon Oxendine, a popular World War II veteran, appeared in Life Magazine, smiling and wrapped in the banner. The rout of the Klan galvanized the Lumbee community. The Ku Klux Klan was active in North Carolina into the 1960s, but they never held another public meeting in Robeson County.

The story of the KKK in photos.