There’s nothing new under the sun. Today’s tabloids may choose to concentrate on celebs more than they used to, but it’s basically just as cheap, tawdry and senseless as it ever was. The pulps and tabloids of the 50s – 70s typically preyed on people’s fears of the new and unknown: beatniks, bikers, homosexuals, loose women, foreigners, etc. The article title page was often decorated with a photograph or illustration to further escalate the rabid frenzy…. and the audacious titles closed the deal.

What’s not to love about these old pulp headlines? Not only are they a great insight into the collective consciousness of the times, but they’re also good for a laugh. Let’s take a look at 20 outstanding examples… 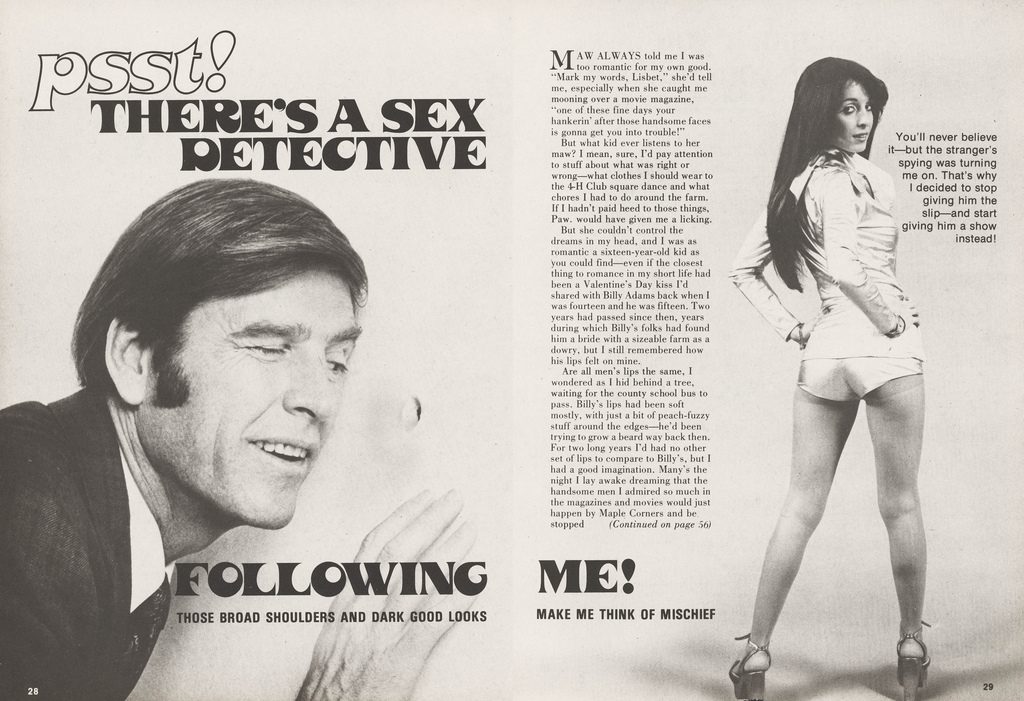 My guidance counselor neglected to tell me about a career as a Sex Detective.  The wages are low, but the fringe benefits are plentiful – just ask Roddy McDowall (above). 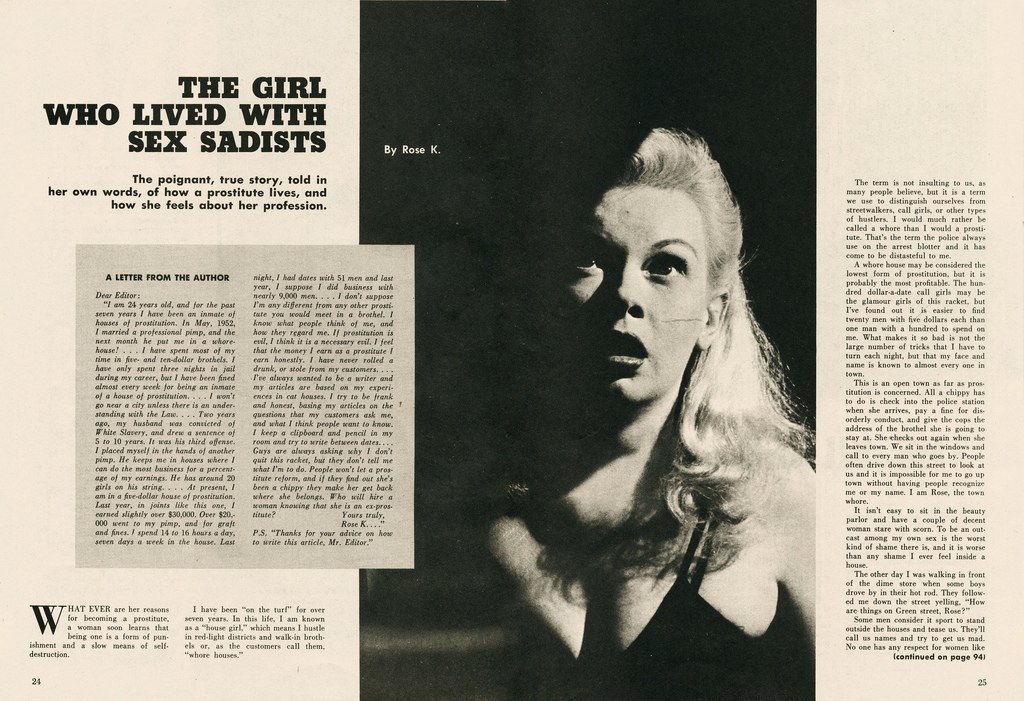 From the article: “Dear Editor: I am 24 years old, and for the past seven years I have been an inmate of houses of prostitution. In May 1952, I married a professional pimp, and the next month he put me in a whore house!…. Two years ago, my husband was convicted of White Slavery…. I placed myself in the hands of another pimp. At present I am in a five dollar house of prostitution.”

I feel like I need to take a shower. 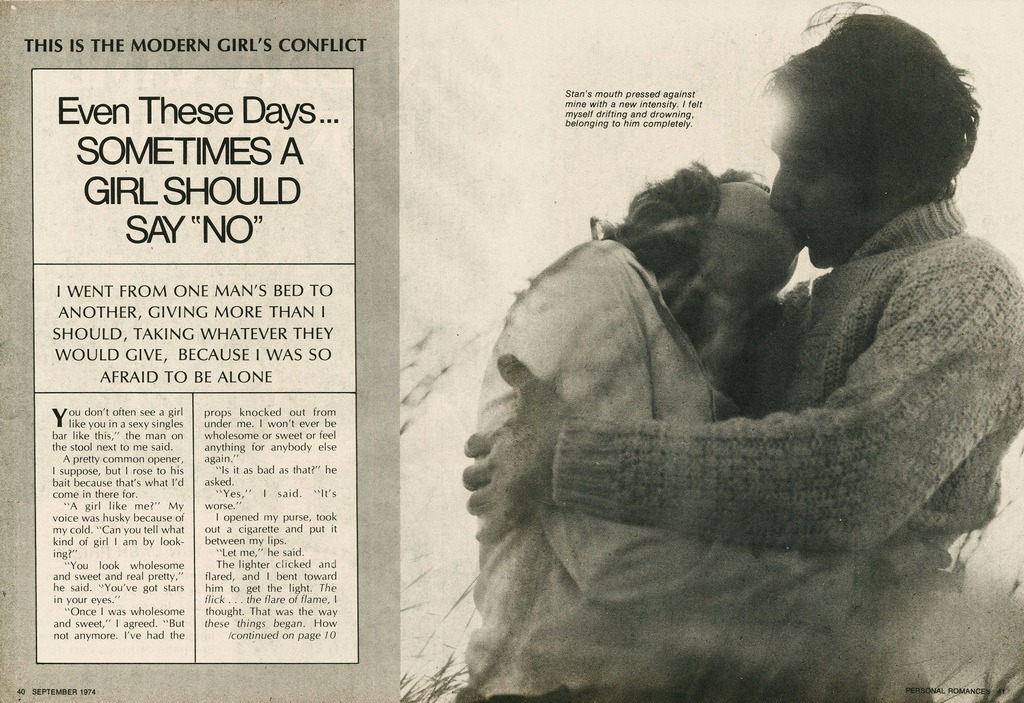 You mean, even during the Sexual Revolution, you should still sometimes say “no”? Is she serious? This must be some kind of joke. 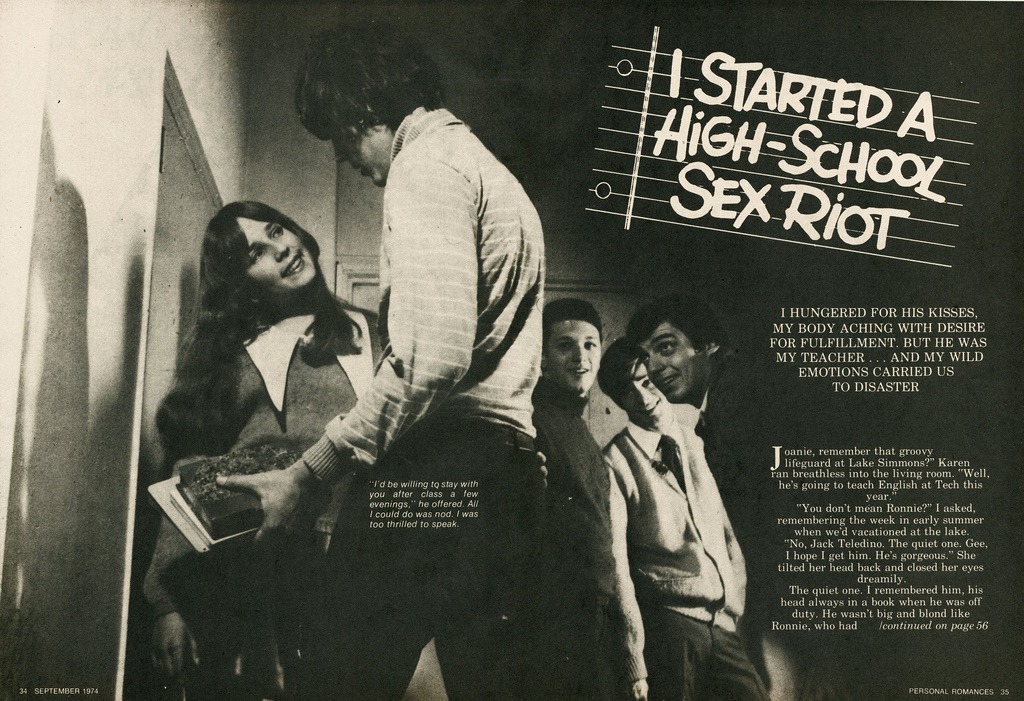 Those crazy kids and their sex riots. God love ’em. 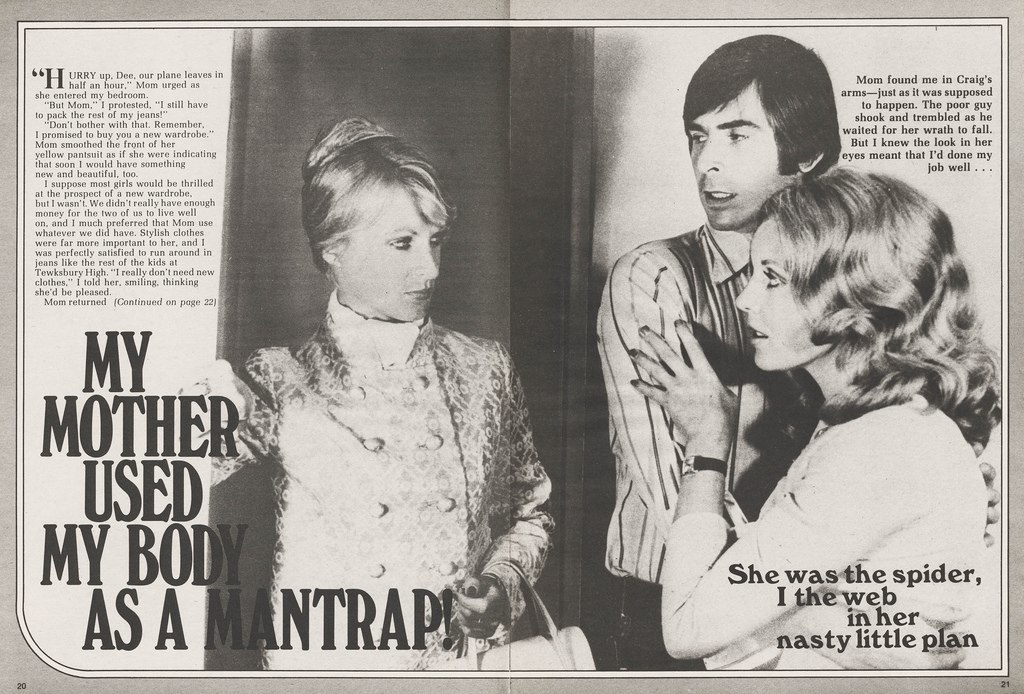 “She was the spider, I the web..” and I guess the dude is the lowly housefly… about to have a threeway, so don’t feel too sorry for him. 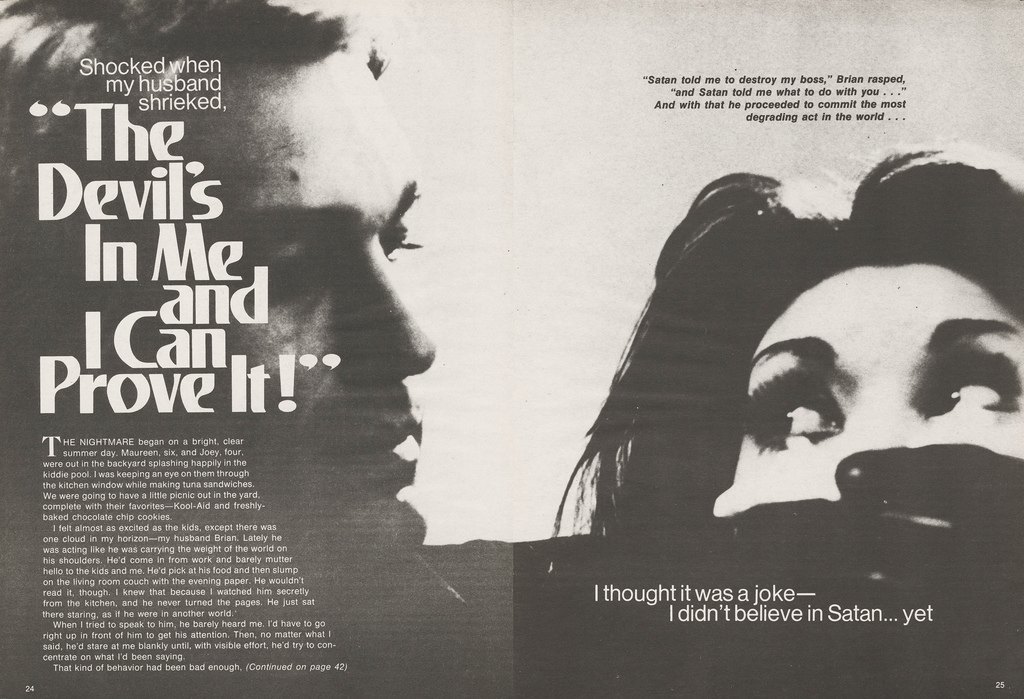 How does one go about proving you’ve got the devil inside?  Does she get in the Express Lane with more than 10 items? 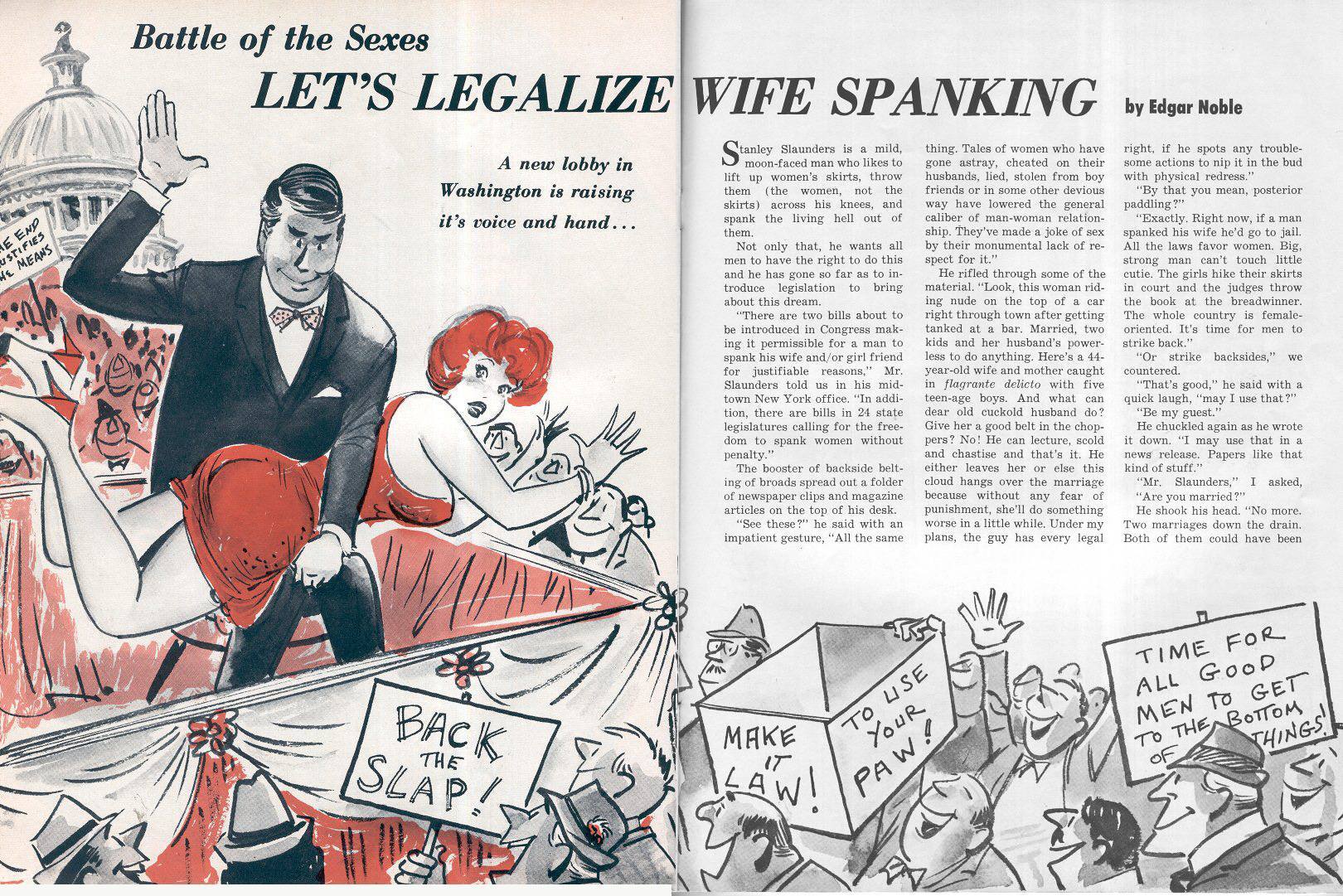 From the article: “Right now, if a man spanked his wife he’d go to jail. All the laws favor women. Big strong man can’t touch little cutie. The girls hike their skirts in court and the judges throw the book at the breadwinner. the whole country is female oriented. It’s time for men to strike back.”

(insert sound of me slapping my forehead and groaning) 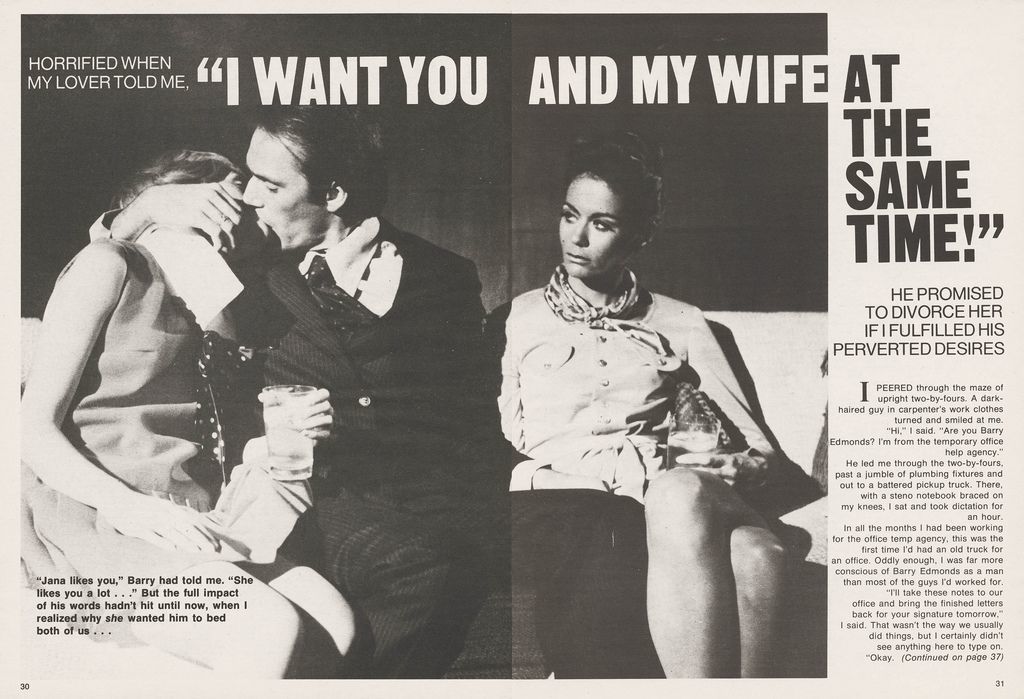 The article says she’s “horrified”, but I can’t tell if she looks disgusted or contemplating whether to jump in. 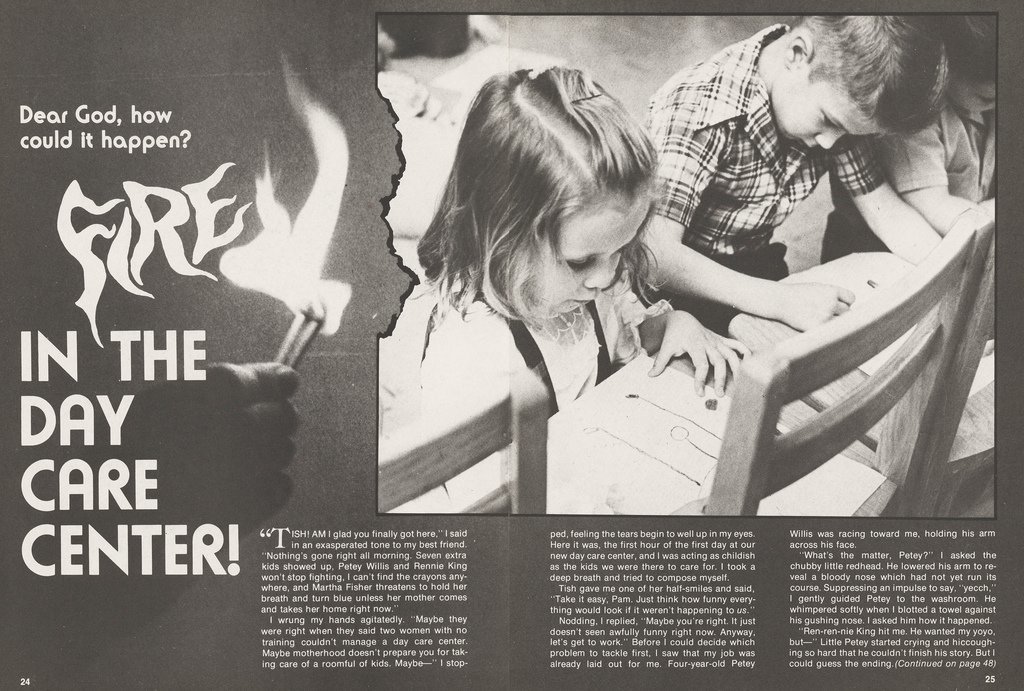 Nothing sells better than fear.  Just turn on your 24 hour news channels for proof. 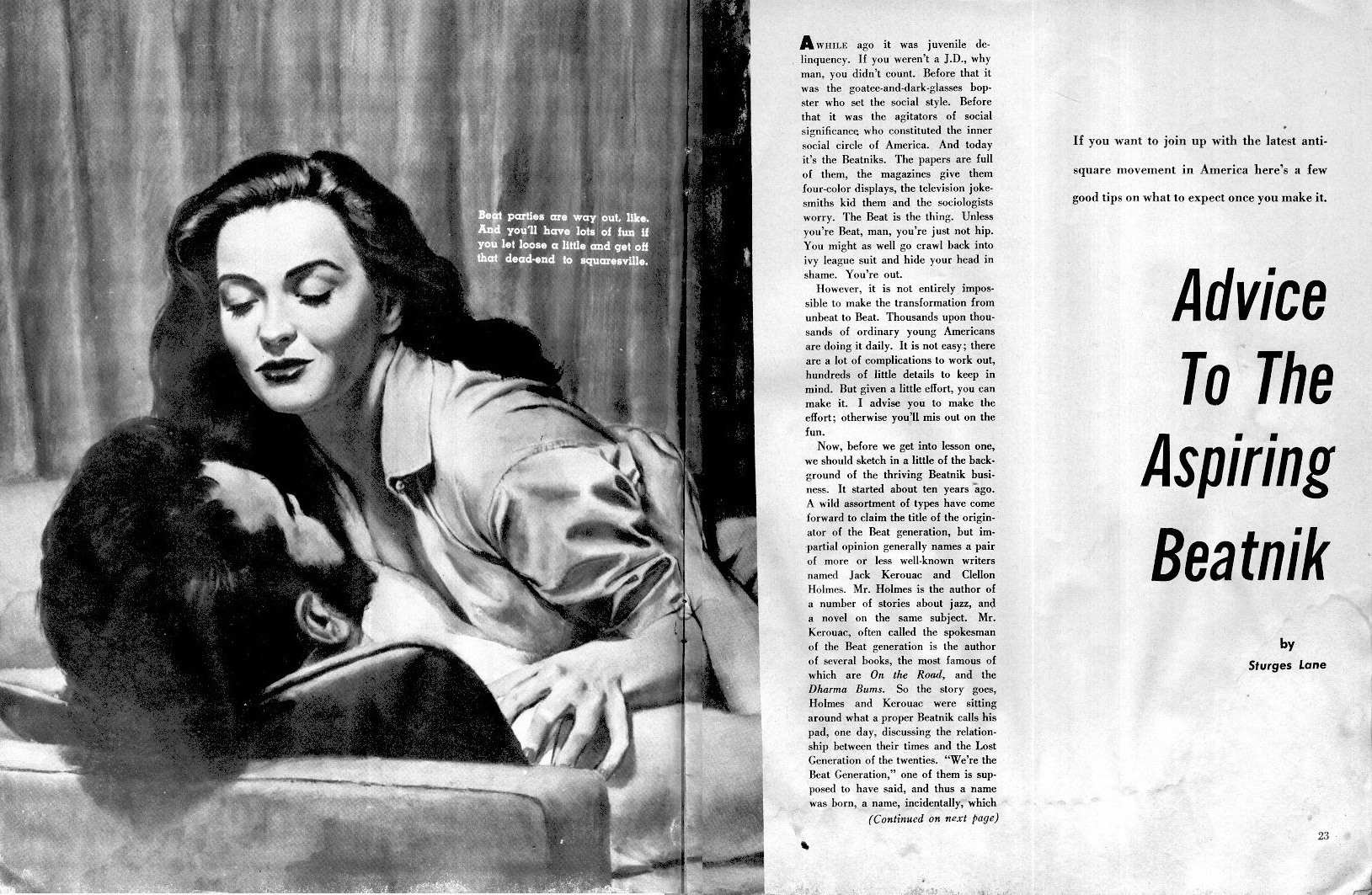 From the article: “”The Beat is the thing. Unless you’re Beat, man, you’re just not hip. You might as well go crawl back into ivy league suit and hide your head in shame. You’re out.”

Not sure what the Beat is, but it sounds rather important. 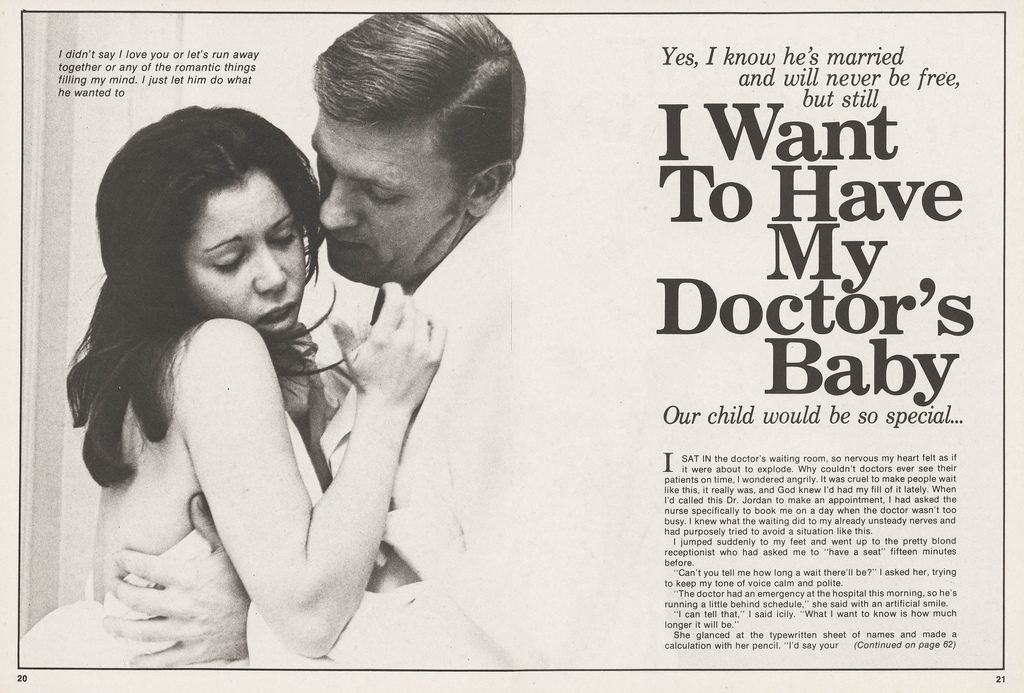 “Ummm, ma’am.  I’m just checking for lumps.  I’m not sure what you think is going on, but could you please stop moaning during the physical exam.” 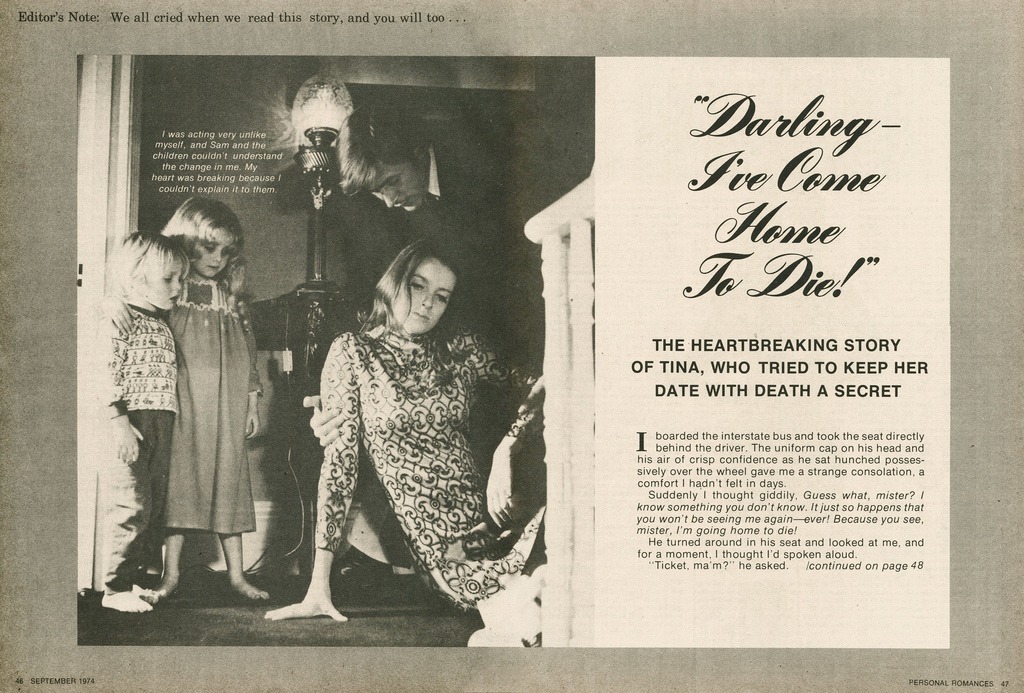 Did she come home to die, or just block the stairway?  “Excuse us, miss.  We need to get through.” 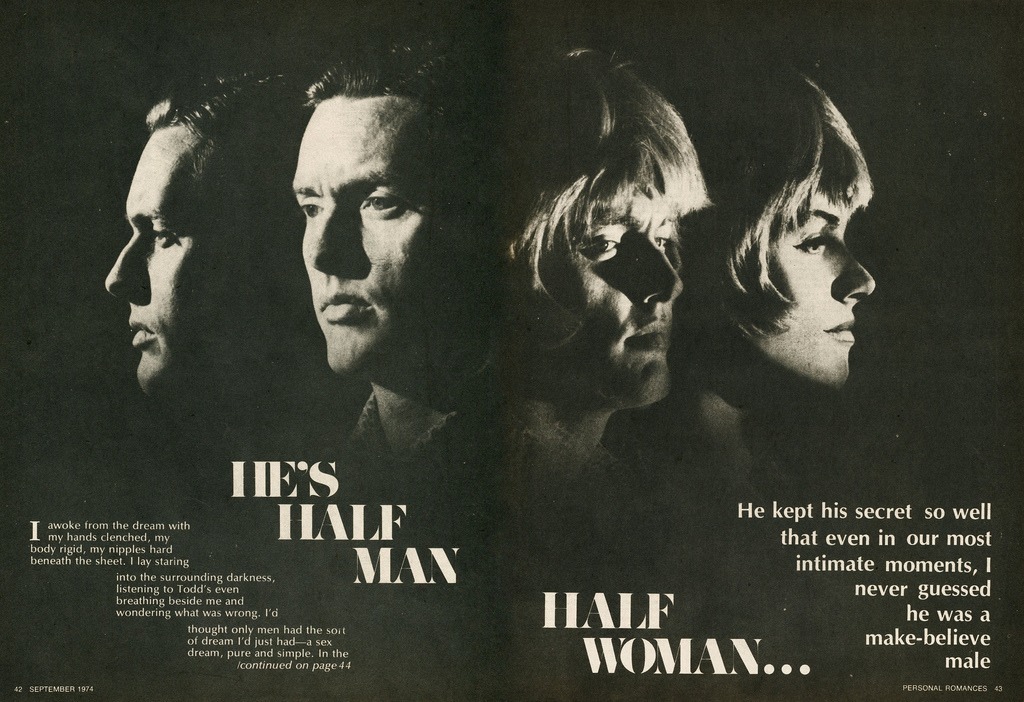 … apparently,  right before he turns into a female, he’s a really annoyed Brian Jones. 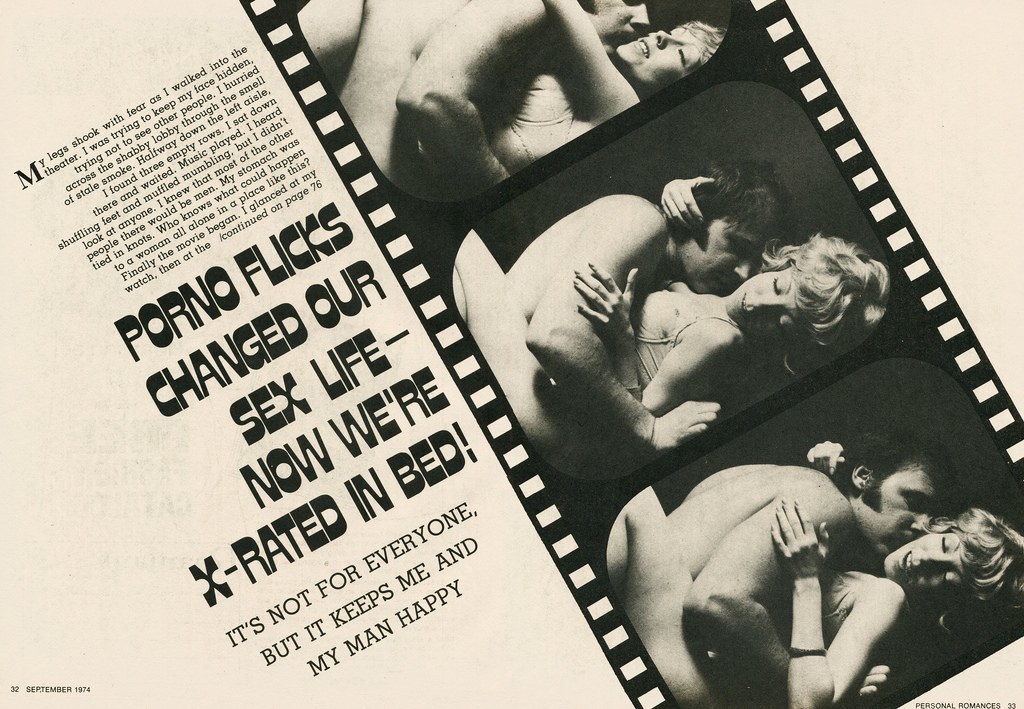 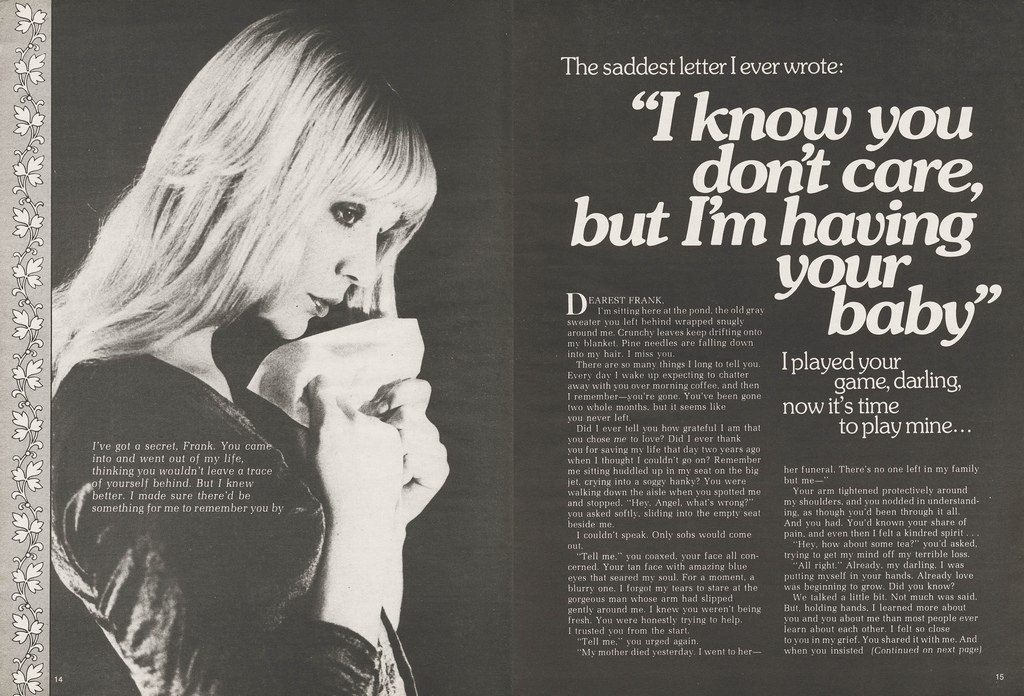 “The saddest letter I ever wrote”…. now, it would just be a text with crying emoticons.

And here’s three about sex, because that’s what tabloids do best… 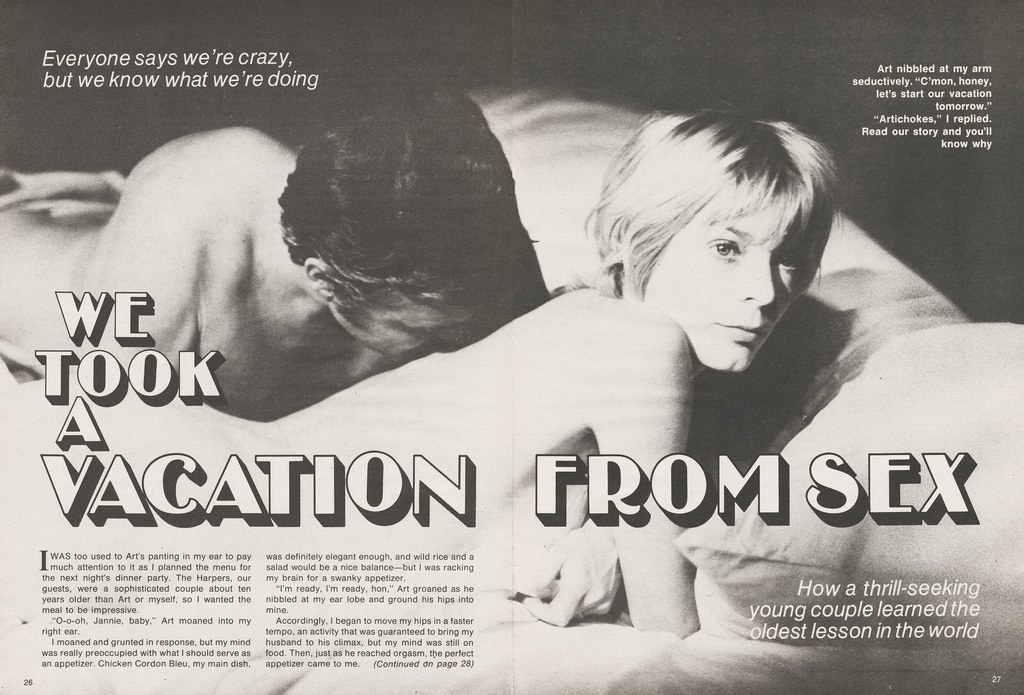 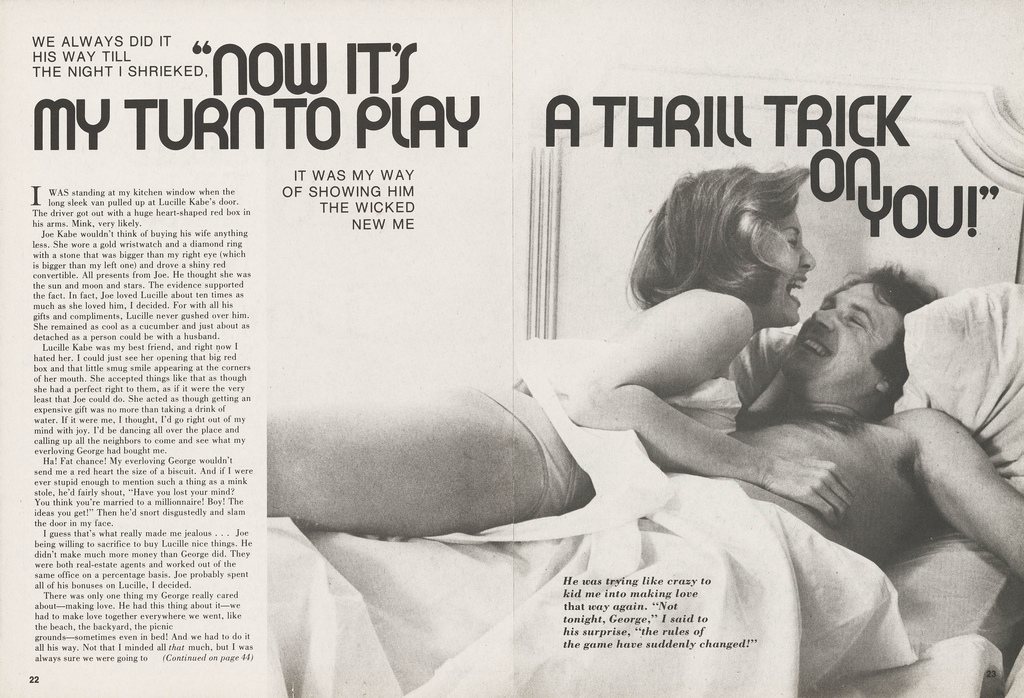 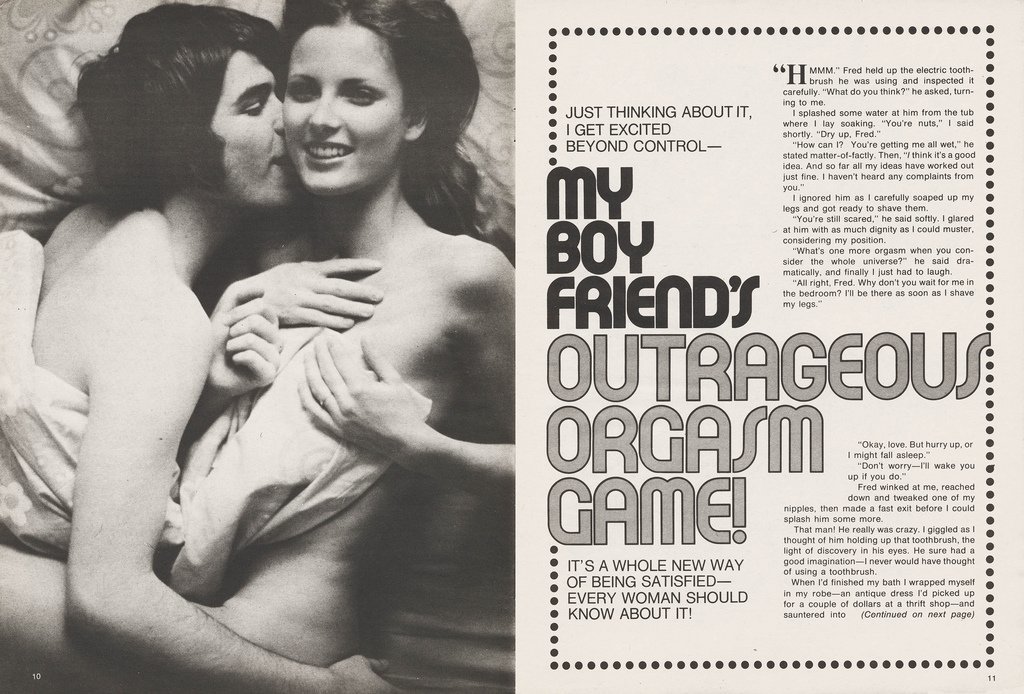 According to this story, the Orgasm Game involves a toothbrush.  Let’s hope they didn’t use it afterwards…. (gag!) 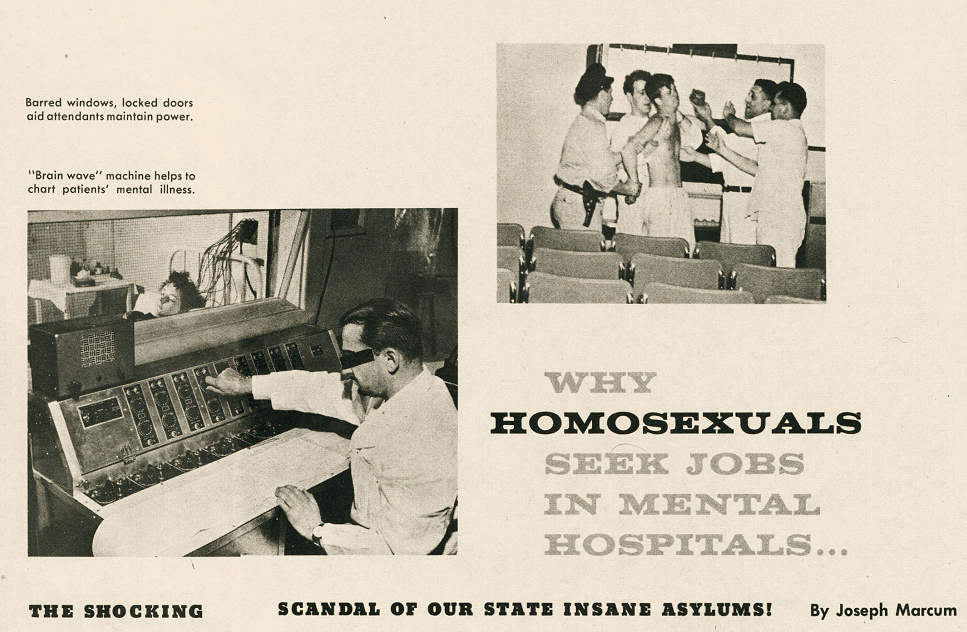 The story is actually kind of anti-climax.  Turns out, homosexuals seek jobs in mental hospitals for the generous 401K and health care plan. 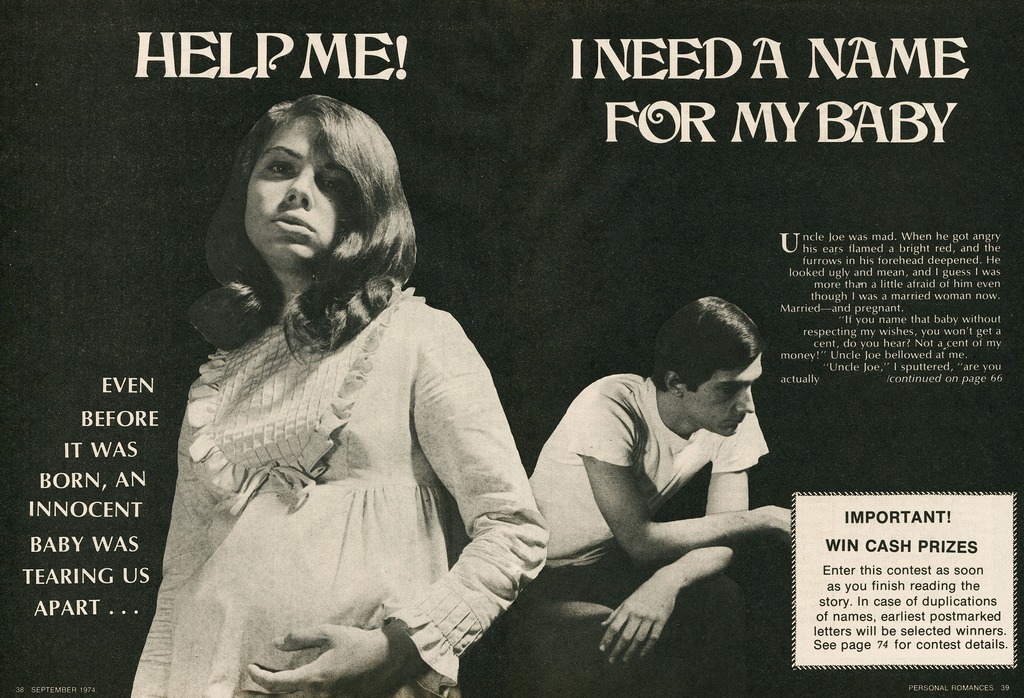 Do you find it kind of tasteless that this couple is being torn apart…. and the tabloid is having a baby name contest?