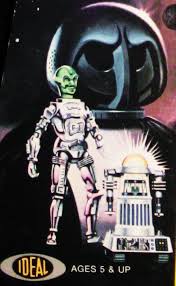 The Star Wars craze of the 1970s resulted in a whole lot of “space war” movie knock-offs at the cinemas. But one character, especially, seemed to cast an over-sized shadow upon the science fiction world: Lord Darth Vader.

This caped, imposing Sith villain with strange powers and labored breathing soon became the de rigueur model for “evil” characters both in terms of toy design, and in terms of TV programming.  Vader-like characters were suddenly everywhere in the pop-culture. 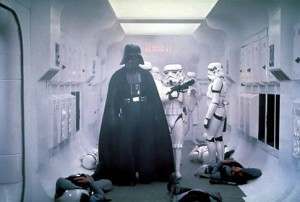 Below are five of the most jaw-dropping Darth Vader knock-offs that appeared in the immediate aftermath of Star Wars. 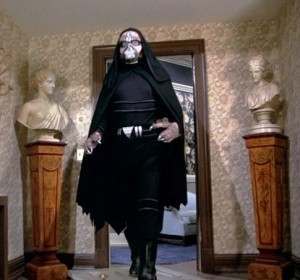 This two-part episode of The New Adventures of Wonder Woman starring Linda Carter aired in December of 1977, and found Diana Prince battling the alien villains known as Skrill.  These aliens sent a minion – the fearsome Sardor — to destroy Wonder Woman on Earth. Much like Vader, Sardor wears black boots, a flowing cape, and has a quasi-mechanical mask/visage.

But what makes the comparison so apt is the fact that Sardor, like Vader, is decidedly a heavy breather.  You can detect his labored breathing in the WW vs. Sardor battle clip below. 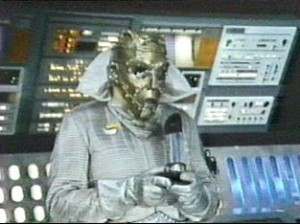 Again, these superficial qualities might be overlooked if not for the fact that Tor is psychic and can therefore sense the presence of enemies aboard Cunningham’s sub.

In other words – and just like Vader – he can use the Force! 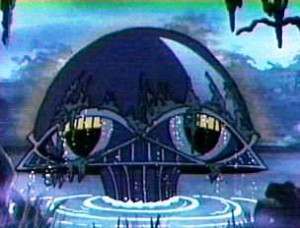 If you can imagine Darth Vader’s helmet flying around on rocket engines, you’ll have a good idea of what the Hall of Doom HQ looks like.

This base for the Legion of Doom rises out of Slaughter Swamp and can fly around, but more importantly, seems to have based its architectural details on the specifics of Vader’s face.  One can clearly see Vader’s triangle-shaped mouth plate on this structure, and the eyes are pretty similar too. Allegedly, George Lucas sued over this line of toys, which came replete with a Darth Vader knock-off called the Knight of Darkness and a C3PO knock-off (ZEM-21) thrown in for good measure. But the R2-D2 of the bunch — Zeroid — is actually a re-release of a popular 1960s toy line, a fact that saved the S.T.A.R. Team from further litigation.  Despite his similarity to Vader, you have to admit, the Knight of Darkness is pretty fearsome. 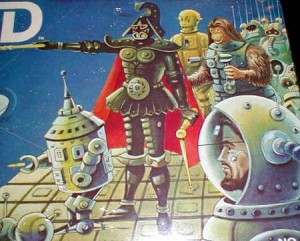 Star World doesn’t sound too close to Star Wars, does it?

Tara Toys certainly didn’t think so when it produced this vinyl carrying case that could hold twelve outer space (Kenner?) action- figures.  The artwork reveals Chewbacca crossed with Cornelius from Planet of the Apes, and more C-3PO and R2-D2 knock-offs.

The most uninspiring part of the design may be that the Darth Vader knock-off seems to be wearing a metal skirt. He also has pointed knee caps and shoes, details which somehow add to the perception of dark lord as robot ballerina.