“The lava looked like colossal, fallen stars. We rode again over the black lava field. I hung back from the others in order to watch the matchless play of nature” – Hans Christian Andersen see Vesuvius erupt, 1834 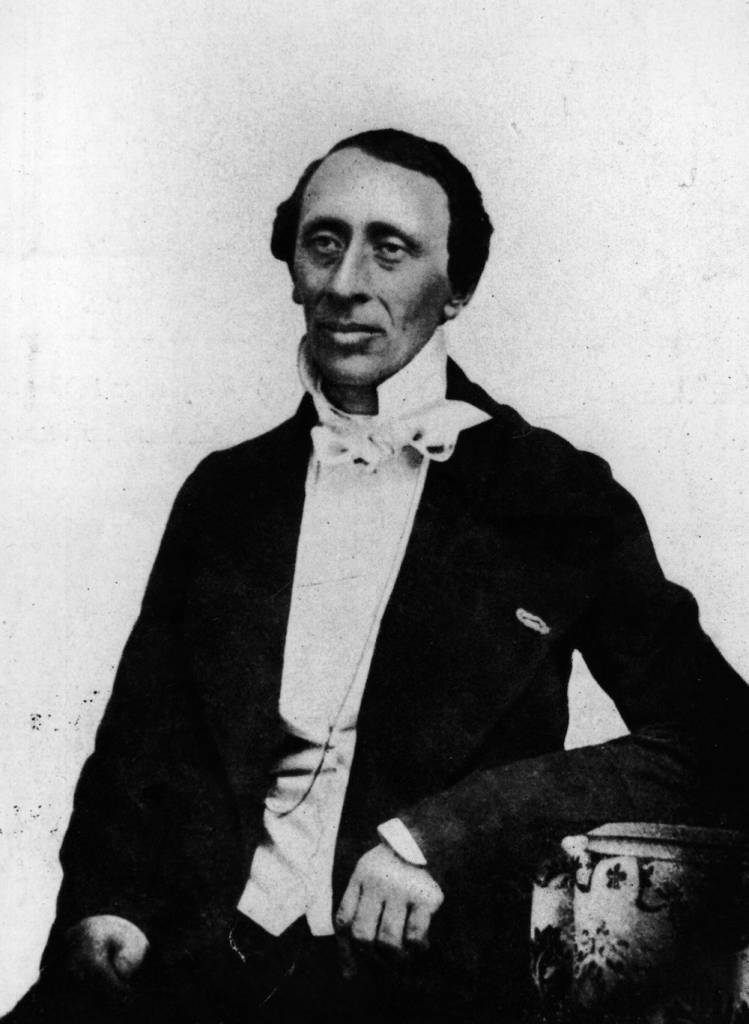 In February 1834, Hans Christian Andersen was touring Germany, Paris, Switzerland and Italy, his “country of the imagination”. The writer loved to travel, spending nine years of his life outside his native Denmark. In Hans Christian Andersen, The Fairy Tale of My Life: An Autobiography he extolled the value of travel:

“To move, to breathe, to fly, to float,
To gain all while you give,
To roam the roads of lands remote,
To travel is to live.”

The great writer of captivating fairytales kept diaries on his travels. They are full of insight, not least of all the note that every time the great Dane and notable virgin masturbated, he made a note of it. “Today I had a visit from such-and-such a person, they’re so sweet,” he wrote. “When they left, I had a double-sensuous ++.”

Not all his objects of desire came to him. In Paris, the nominally driven Hans would pop into brothels in the Porte Saint-Denis area to speak to women. He would then return to his hotel and knock out a notch for his diary.

And so, via Milan, Genoa and Florence, Anderson arrived in Naples as Mount Vesuvius was erupting. He saw the smoke and flames and decided on a course of action: he would climb the celebrated mountain to get a closer look. 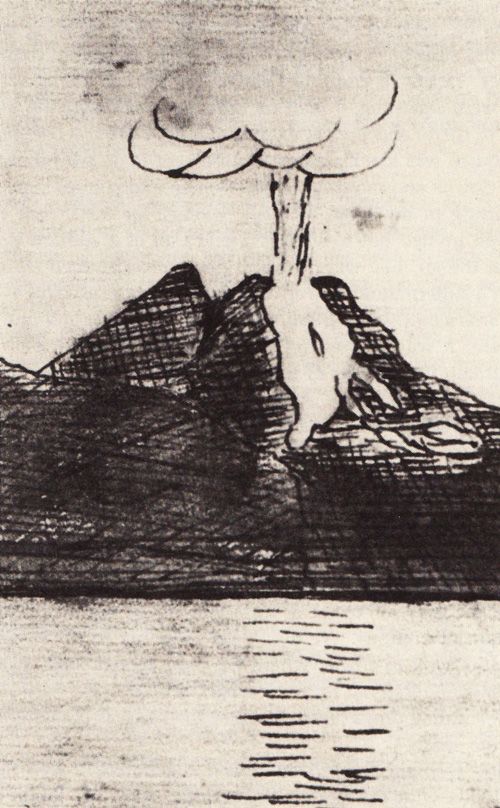 While I was sitting at my room at dusk waiting for the others… I heard all of a sudden a strange sound in the air, like when several doors are slammed all at once, but with a supernatural power. I pricked up my ears; right away the sound cam again. It’s Vesuvius erupting, I thought, and ran over to the square. 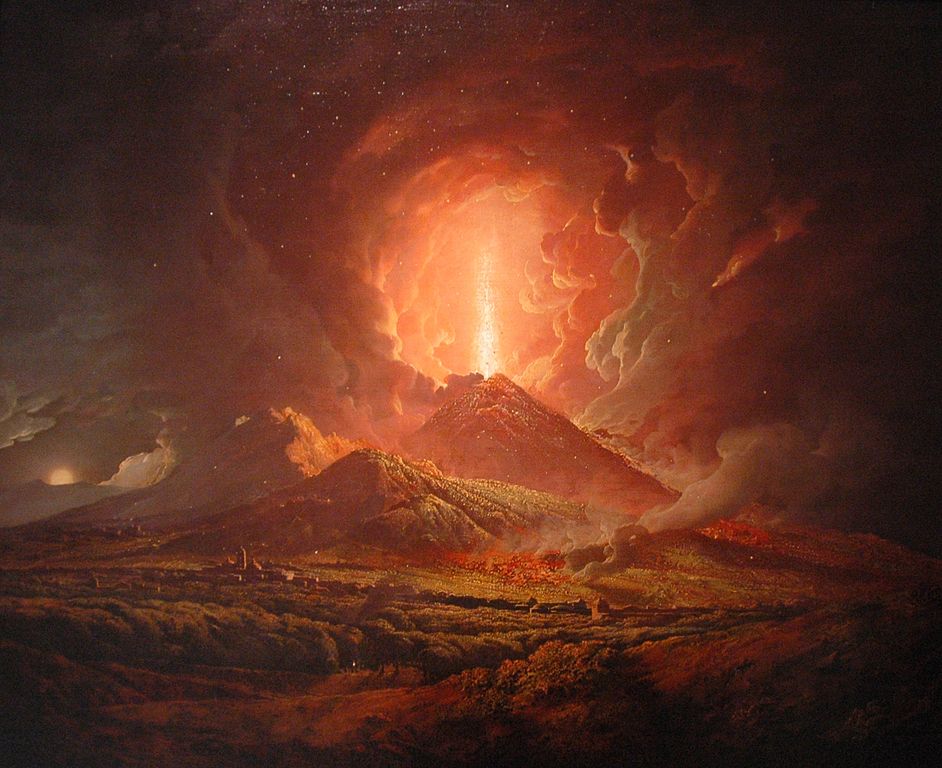 Vesuvius from Portici by Joseph Wright of Derby

I bought some drawings, walked by the sea pounding against the rocks. It was the world’s great pulse beat that I heard. The sea raised its great wings, coal black smoke arose from Vesuvius into the blue sky… Such shades of colors on the mountains! Just as the sun went down, the red lava was glowing. Some boys played soldiers on the beach, and tramps in their brown hooded coats sat on the rocks watching them. 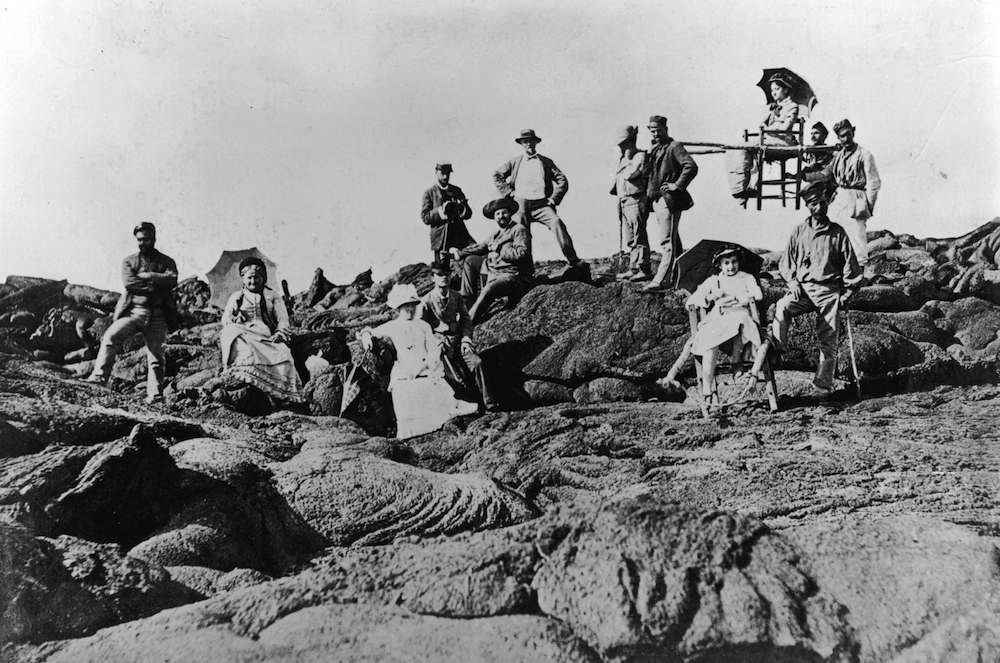 Hans was not alone in his mission to get close to Gaia’s furnace. Local entrepreneurs were keen to take tourists on the trip.

They were literally chasing me, underbidding each other… I had to say, in order to get away, that I would come back tomorrow. Then they all asked me to write down their names, and I got away by scribbling something down, and so I walked around in a small side street that seems to have been constructed entirely by lava debris.

Smoke swirled thickly up out of Vesuvius, and the lava gave off a cloud of steam… At dusk I walked down to the sea. Vesuvius spewed great streams of lava; it blazed into the air; it was like tongues of fire flaring up. This is the most violent I have seen it.

The moon was shining on the dark blue water, and the waves breaking on the shore looked like a glimmering piece of embroidery. Fire was running in great streams down Vesuvius, but there was almost no smoke to be seen. — I walked out to the lighthouse and saw then in the moonlight a handsome frigate coursing under full sail into the harbor.

In a group with other Scandinavians, Hans and his companions set out to climb the mountain.

The evening was so infinitely beautiful; the sun set like a ball of fire; the sky was a glimmering gold that shaded over into the ether-blue. The sea was like indigo, and the islands were lying like pale blue clouds on it. It was a magic world that had manifested itself… The mountains were shining so splendidly with the white snow; they lay far off in the blue sky, and close to us we could see all the red lava of Vesuvius… 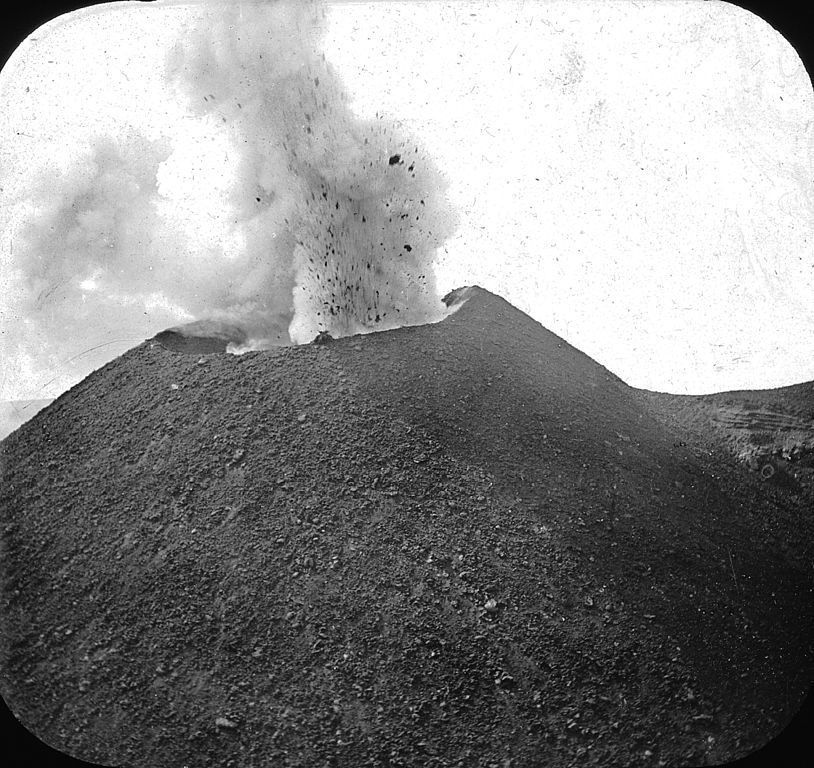 The wind was so biting cold that I had to get off my donkey and walk… Soon the donkeys couldn’t take us any further. We stood before the mountain itself, whose rounded contours were covered with blocks of lava and ash. We were now ascending a fairly steep grade, sinking up over our knees into ash. With every other step we slid backward by one. Large, loose rocks went sliding downward when we stepped on them.

An hour passed and we were on some sort of plain under the cauldron. Here we caught a sudden glimpse of the moon right over the crater. Coal-black smoke swirled upward; then a ball of fire and gigantic, glowing boulders rolled down onto the plain that we had to cross to get to the lava flow… There was no path at all; we had to walk and crawl between huge pieces of lava… With every eruption the moon was entirely hidden by the pitch-black smoke.

circa 1937: An emission of volcanic vapour in the shape of a perfect ring above the Italian volcano of Mount Vesuvius. (Photo by London Express/Getty Images)

The trip was defeated by nature:

After a while we could feel the heat coming up from underneath us. In order to see the new lava flow we had to cross one that had been flowing the night before; only the outermost crust was black and hard, and red fire was burning in the cracks. We stepped out onto it; it burned our feet through the soles of our shoes. If the crust had broken, we would have sunk into a sea of fire. Then we saw the monstrous stream of fire pouring slowly, thick and red like porridge, down the mountains. The sulphur fumes were so strong; the fire was burning our feet, so that after two minutes we had to go back. All around we saw fissures of fire. There was a whooshing sound coming from the crater, like when all at once a flock of birds starts up from a forest.

Read on in The Diaries of Hans Christian Andersen. 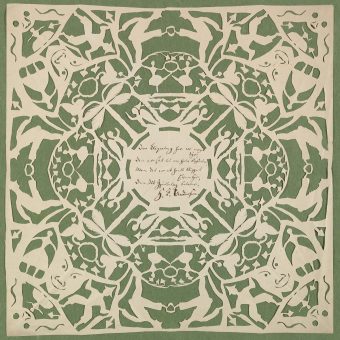 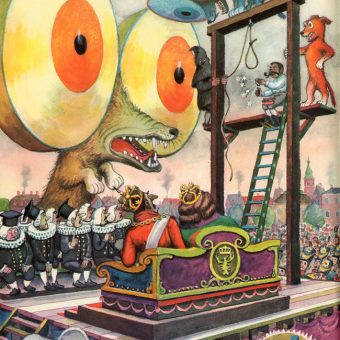