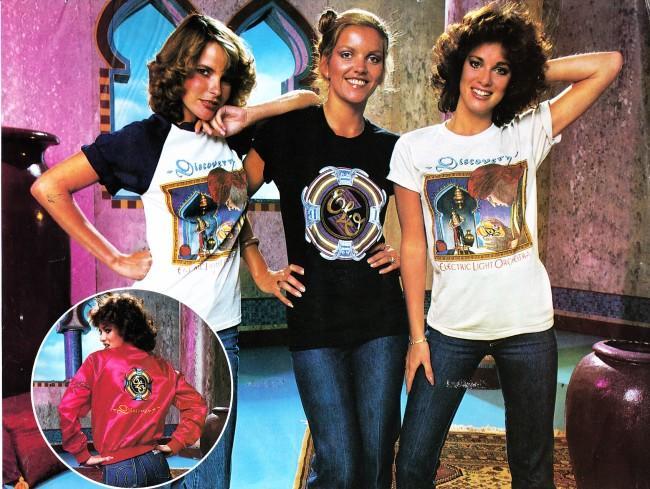 MY MOST BELOVED possessions in the 1970s were my T-shirts.  They were my identity.  My Kiss concert shirt was proof that I’d witnessed the greatest show on earth.  My Pete Rose shirt was proof of my allegiance to the Big Red Machine (the Cincinnati Reds).  My Mork & Mindy shirt was proof that… well, I guess that I was a complete and total nerd.

Anyway, if you were a child of the Seventies (or Eighties for that matter), I’m sure you can recall a few tees near and dear to your heart.  Whether it be Ziggy or The Six Million Dollar Man, I know you had at least one.  To jog your memory, here are some advertisements from the T-shirt heyday… 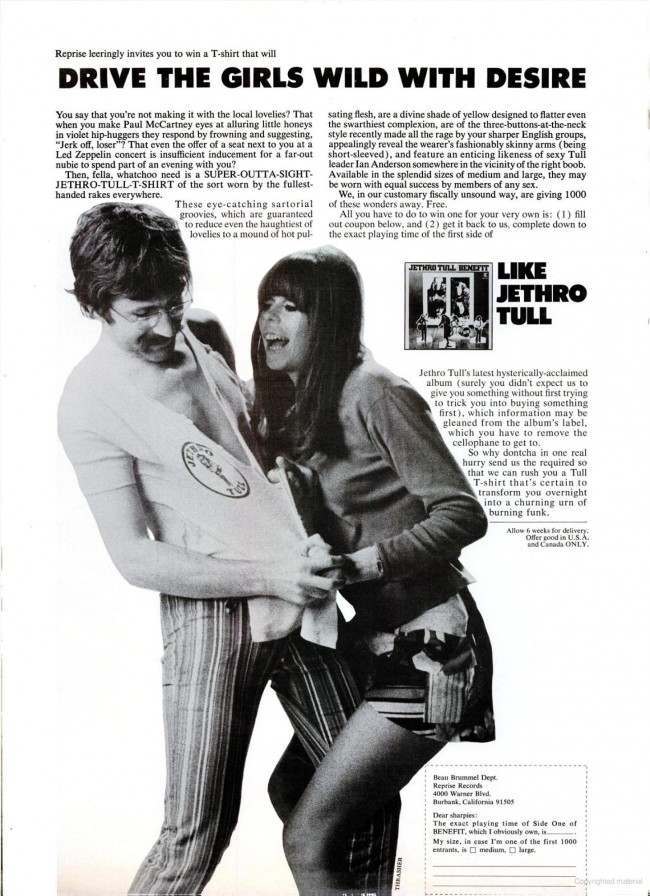 “Drive the girls wild with desire… a Tull T-Shirt that’s certain to transform you overnight into a churning urn of burning funk.”

Just so we understand things, let me summarize: This advertisement is claiming a Jethro Tull shirt is going to transform you into a chick magnet.  That is about as wrong an assertion as ever been uttered by human lips.  That’s like saying a World of Warcraft hat will make you God’s gift to women, or a limited edition Star Trek poncho will make you irresistible.  There’s just something inherently wrong with the logic here. 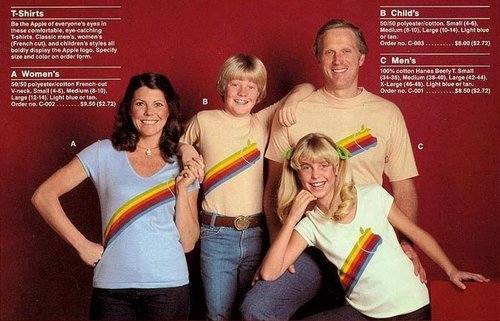 Apple tries so hard to maintain an illusion of hipster aloofness. I’m sure this is an ad they’d rather keep under wraps.  Back then, the Apple’s credo wasn’t to earn cool points in an effort to convince buyers to pay their higher prices, it was simply to get families on board with buying a personal computer of any kind.  As strange as it may sound, once upon a time, people needed convincing to bring computers into their homes. 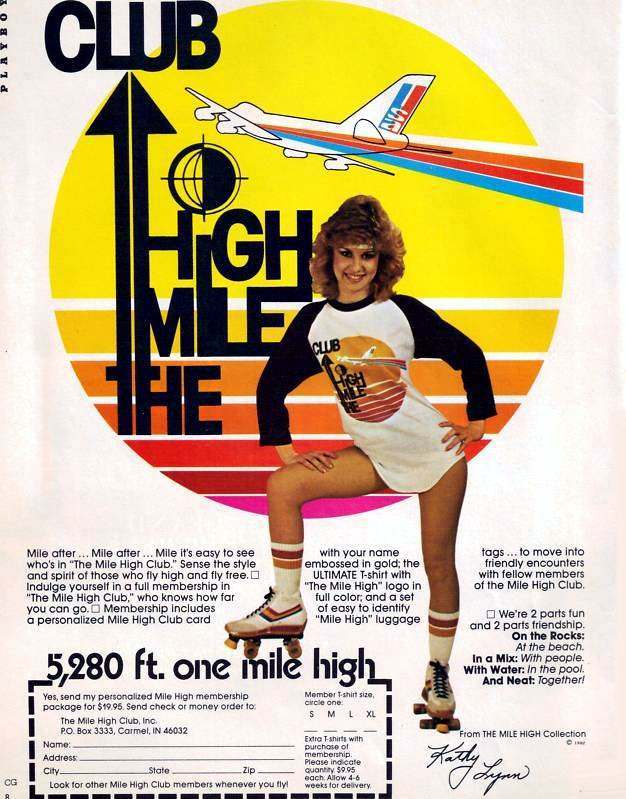 With airline security so belligerent these days, is it even possible to be a member of The Mile High Club anymore?  Unless you happen to be Ralph Fiennes, it just seems too risky.

The 1970s were perfectly suited for it:  lax security and loose sexual mores; a winning combination.  Airplane lavatories in the 70s were no doubt lacquered in seminal fluid with every flight. 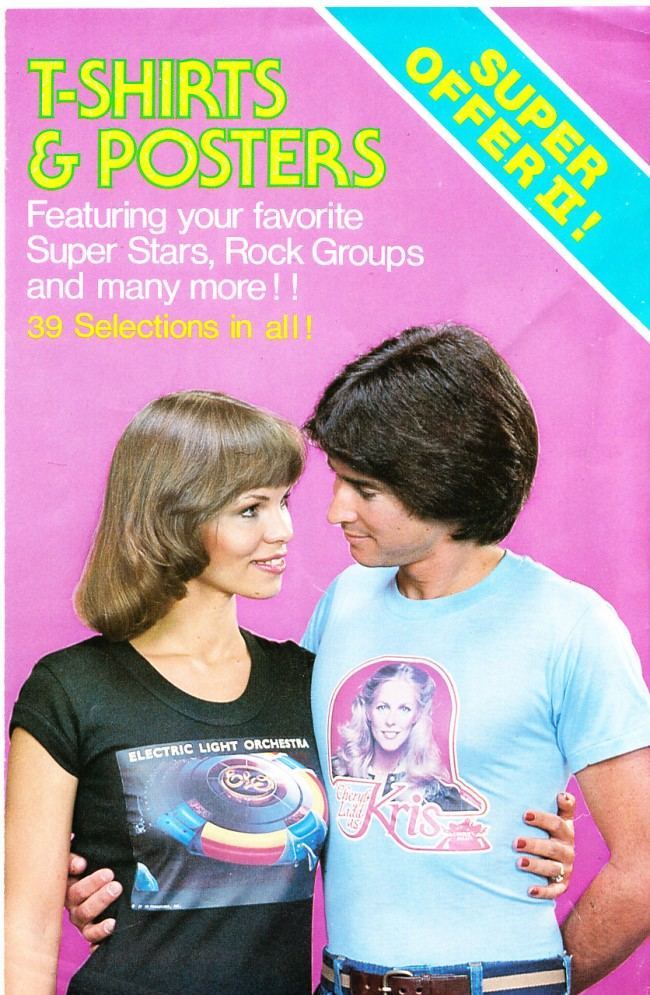 Something seems terribly wrong here.  I can’t put my finger on it, but I want to say they should swap shirts.   Yet, neither one of these two seems concerned.  Judging by the looks on their faces, I’d say we’re about 2.5 seconds from sweet, sweet lovemaking.  Let’s move on and give these two some privacy. 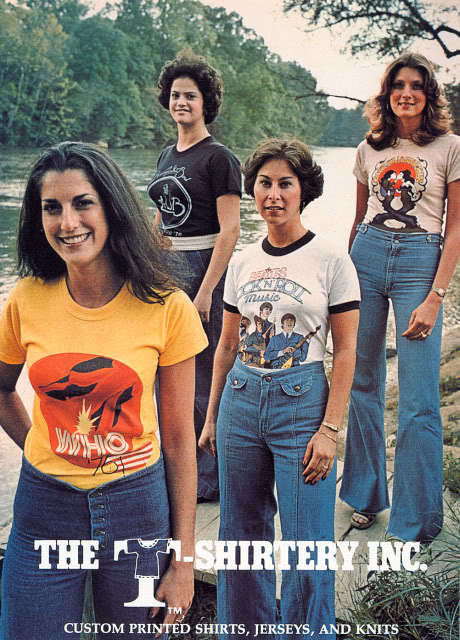 Their pants are so high-wasted, the print on the shirts are actually partially covered.  To say this isn’t flattering would be stating the obvious.   It also looks as if the camera caught these four gals partying by the river.  I’d be willing to bet the girl in front is hiding a reefer behind her back. 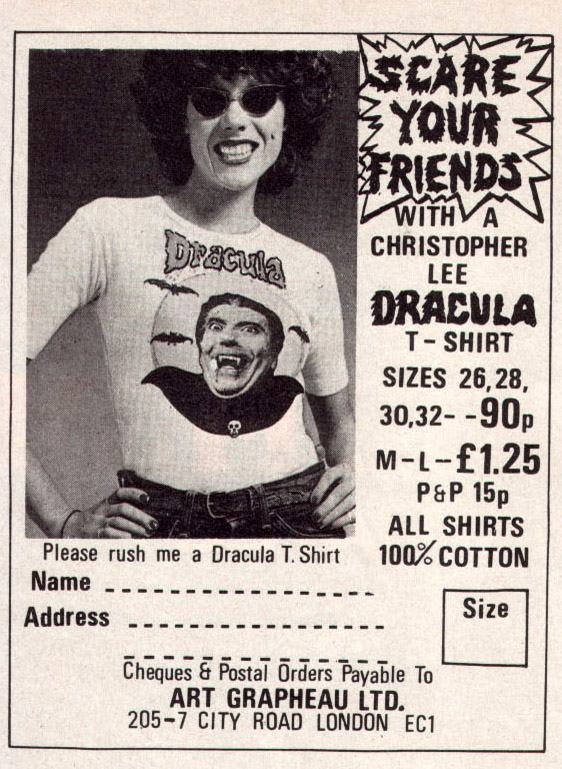 While most of the world was walking around with stupid Yodas or The Fonz on their chest, a small segment of the population retained their dignity and actually wore cool T-shirts like this.    This is what the previous fellow in the Cheryl Ladd shirt should have been wearing. 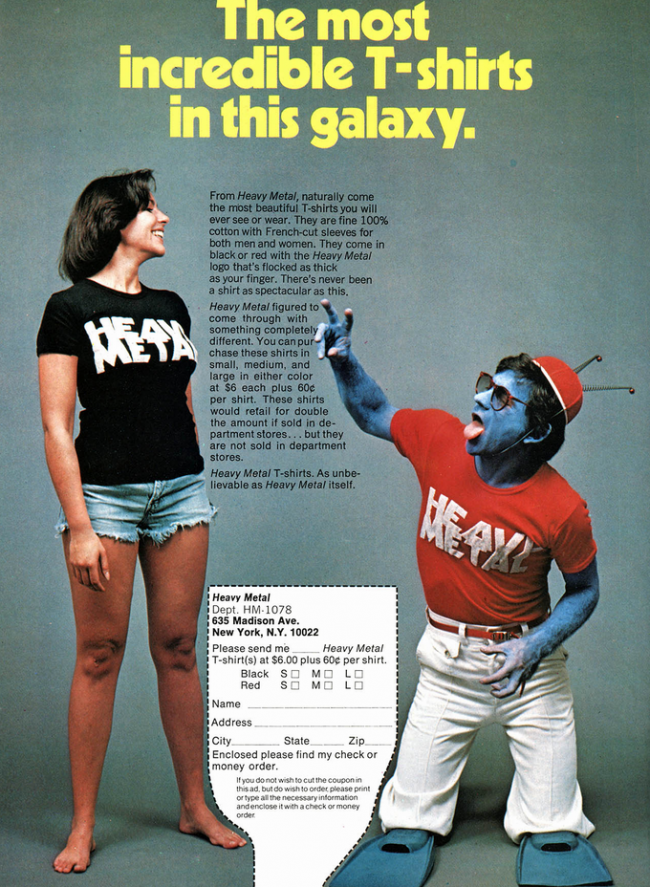 Much has been made of the fact that “the nerd” and “the geek” have become socially acceptable.  But today’s  nouveau nerds are Johnny-come-latelies.   If you were the proud owner of a Heavy Metal shirt, you are officially the Grand Poobah of Nerdom.  You have permission to sneer at modern hipsters who artificially craft their nerd-like image.  You were there first… and you have the shirt to prove it.

Although, there are other contenders… 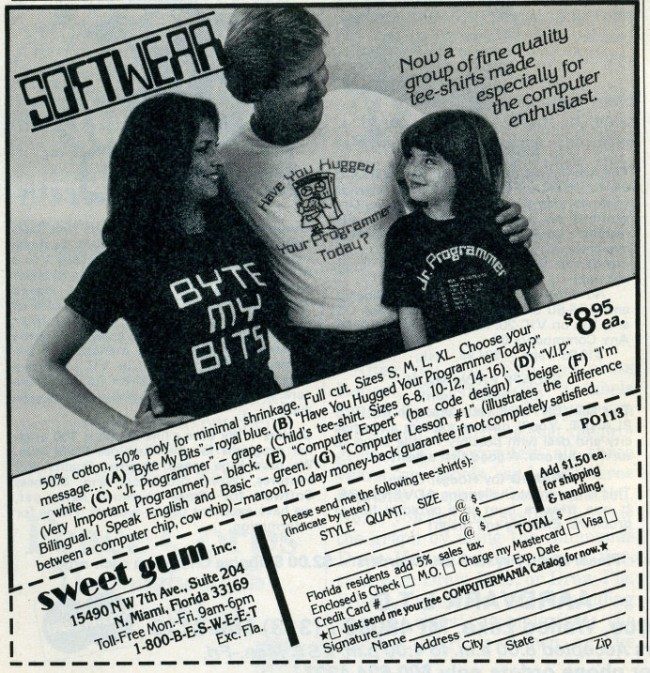 If you owned a shirt that said “Byte My Bits” or “Have You Hugged Your Programmer Today?” , you may have an equally legitimate claim to the throne.  Although, this may qualify you as geek royalty rather than nerd.  I’ll leave that debate to the scholars. 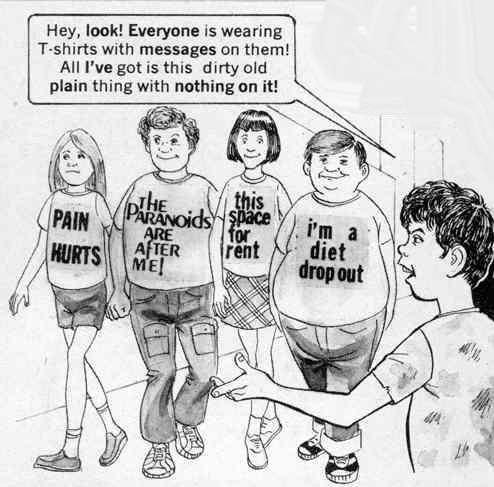 During the T-shirt heyday, the worst thing you could do would be to have nothing at all on your shirt…. Or was it?  Did there exist T-shirt options so terrible that it would be better to face the humiliation of being caught in a plain white tee?

This should answer that question… 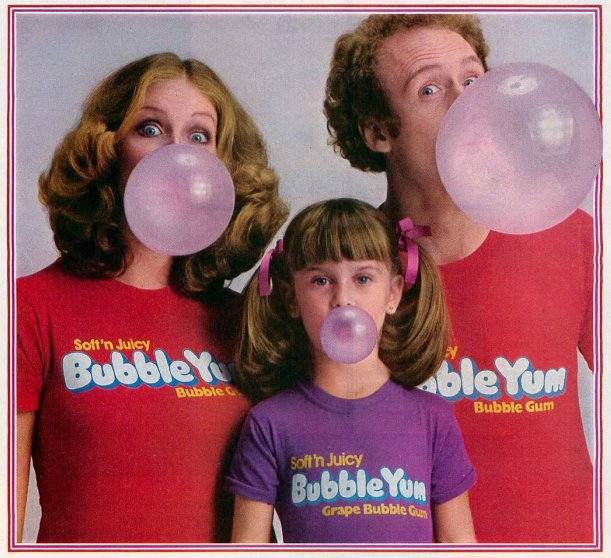 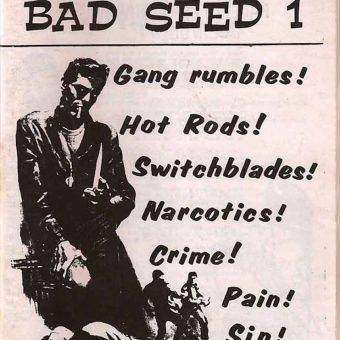 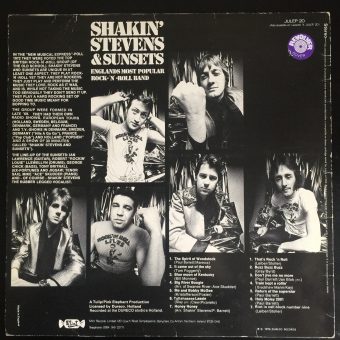