“When I started working as the Saturday boy at Let It Rock (in 1973), Malcolm McLaren used to take me around these strange places which played a part in early rock & roll. One time we went to Le Macabre. I don’t know how he knew about it, but it was the real thing. The tables were coffin lids and the jukebox only had songs to do with death.” 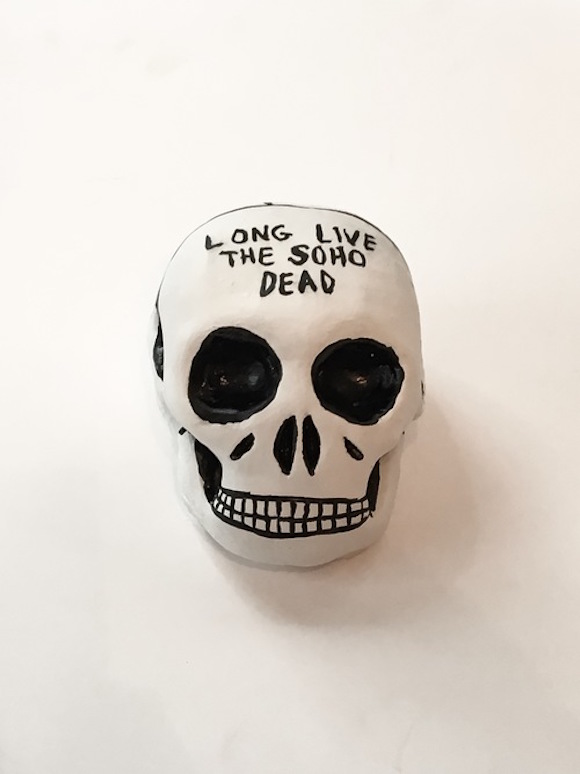 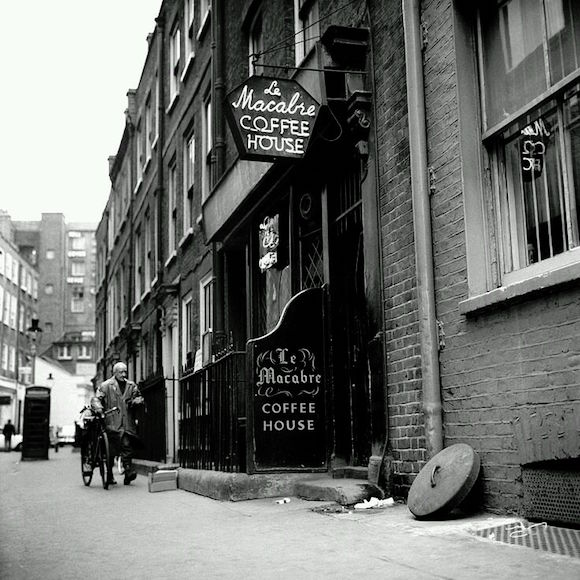 A chance encounter on eBay spurred artist Robert Rubbish into creating one of the key elements of his current exhibition Spiritus Soho Volume Zero.

Rubbish – who is one of many mourning the recent death of his friend and documentary subject, the poet Jock Scot – is known for deep associations with central London’s Soho, and has celebrated its sleazy past and uneasy present in his own work and with the other members of the art collective Le Gun. 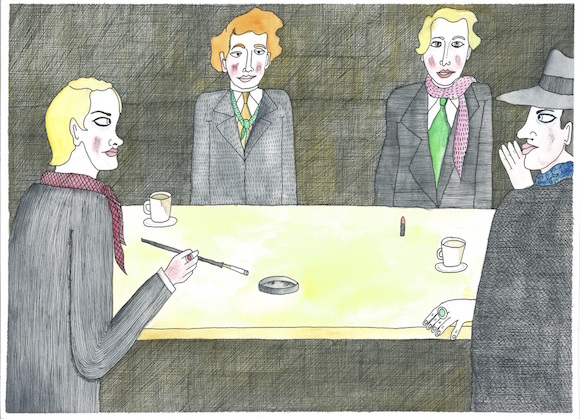 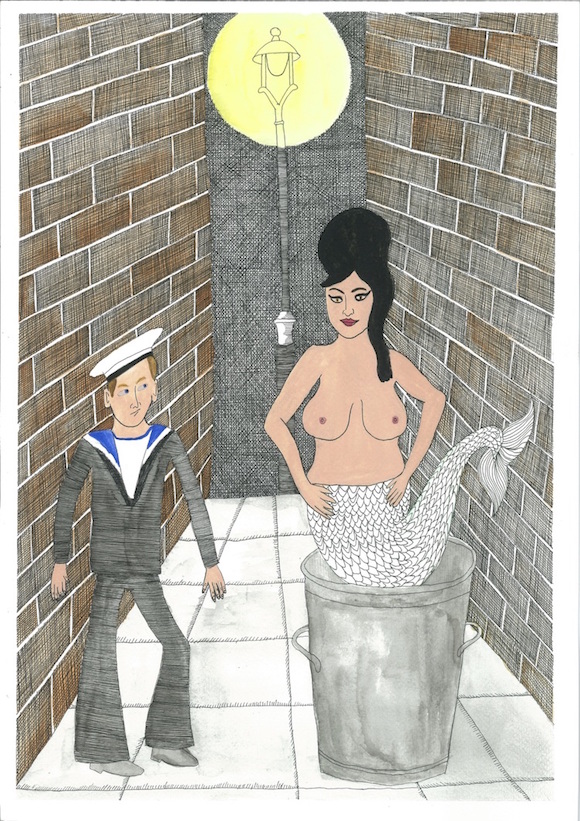 The Sailor And The Mermaid, Robert Rubbish, 2016

Staged at the area’s Society Club, Spiritus Soho Volume Zero concentrates on the types of people as well as the places which have been important to the story of Soho. “The archetypes which inhabit the work are mods, spivs, homosexuals, strippers and Bohemians as well as mythical creatures such as a Minotaur, a mermaid and a sex dwarf,” says Rubbish.

“This is my way of marking the history of Soho and remembering the characters and the bars, cafes, clubs, coffee bars, sex shops and record shops that have passed on.” 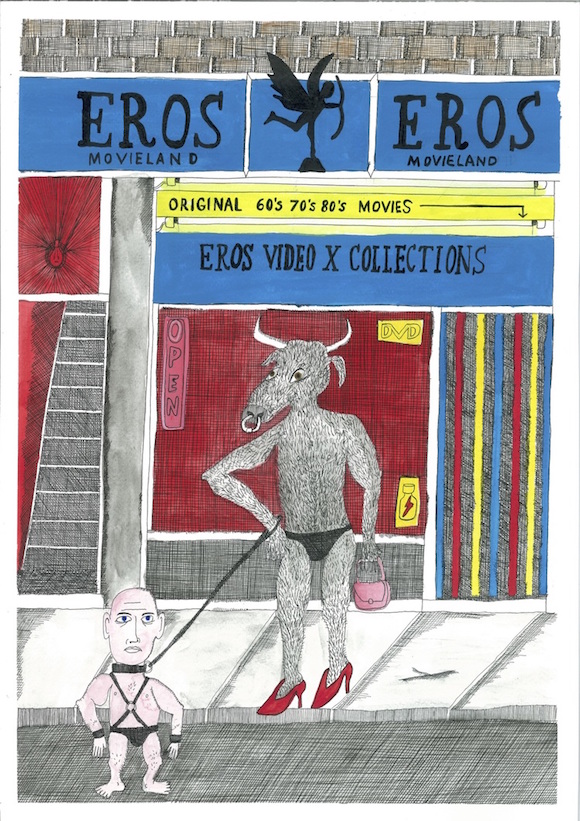 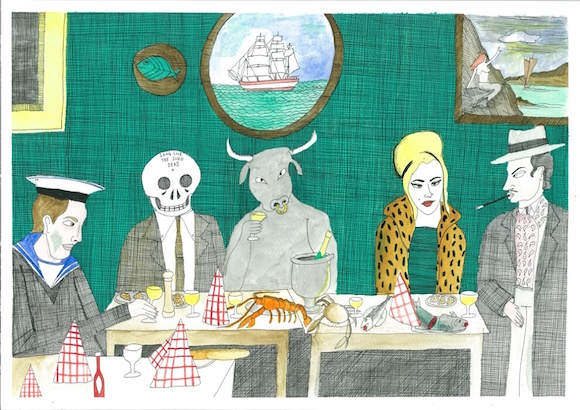 Fascinated by tales of horror-themed coffee bar Le Macabre, Rubbish went in search of examples of surviving ephemera associated with the premises at 23 Meard Street from the late 50s to the mid-70s.

Le Macabre has long held a cult fascination. It figured in the personal history of the late Malcolm McLaren, as evinced by the quote at the top of this post. In the 90s he went so far as to design a black jacket for his Ancien/Dead In England Japan-only collection entitled Le Macabre in tribute to the place he had visited as a would-be beatnik teenager and later when it was on its uppers in the 70s. 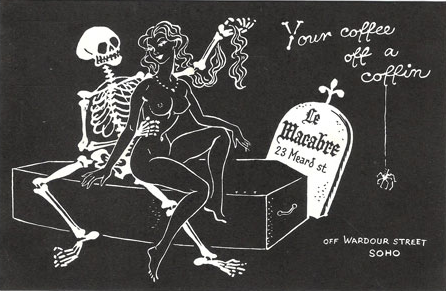 “I finally found a postcard of a skeleton groping a naked women in white and black; I had to buy it,” says Rubbish. 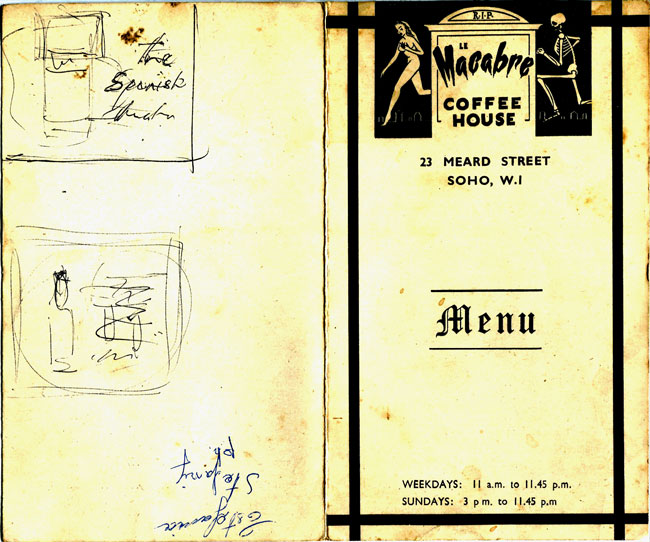 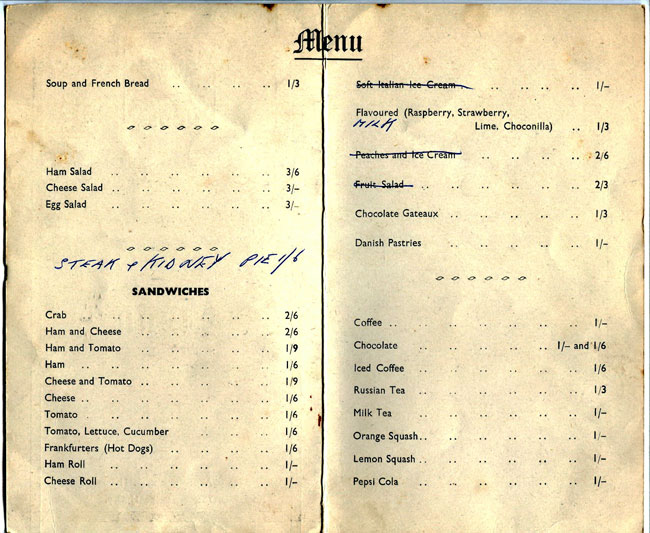 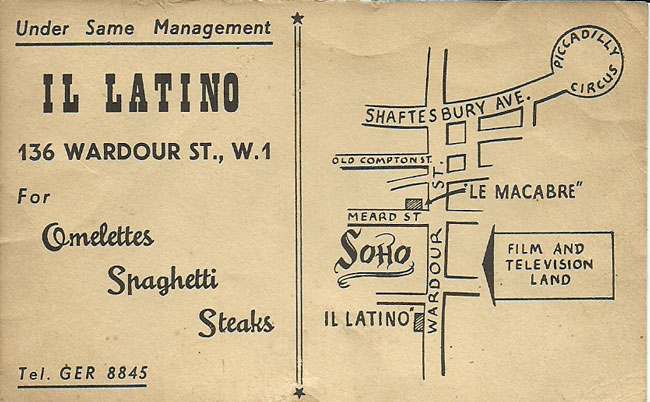 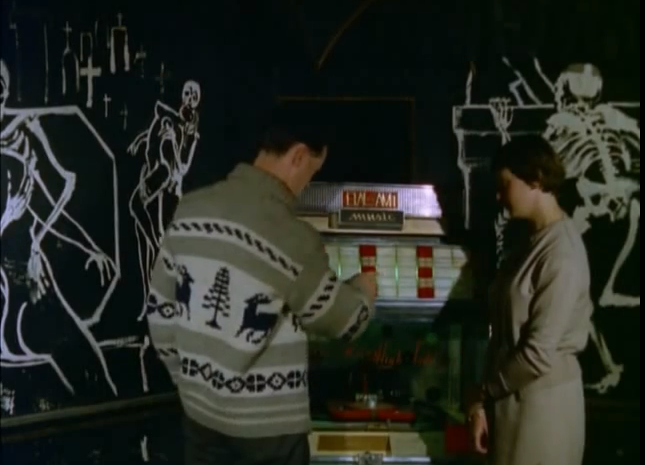 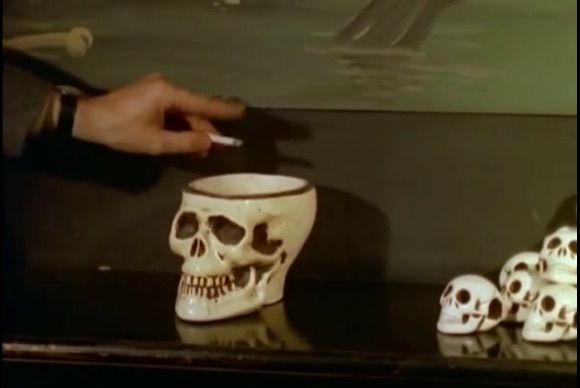 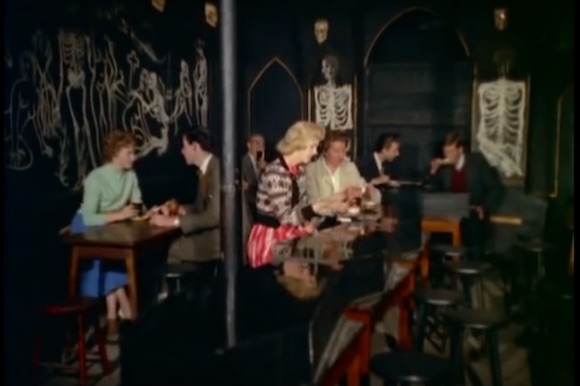 Above all: Le Macabre in 1959 Look At Life newsreel on Soho’s coffee bar boom 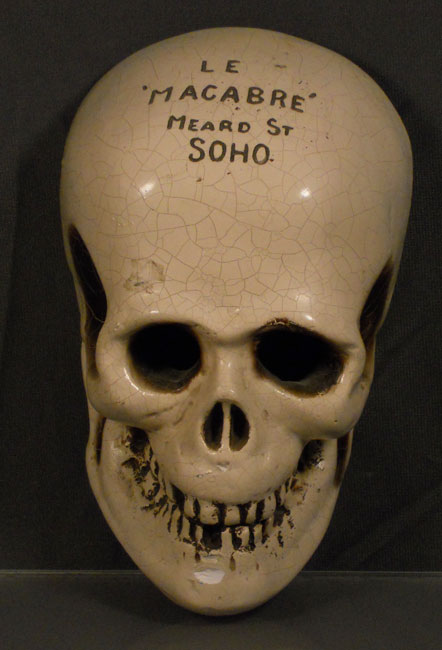 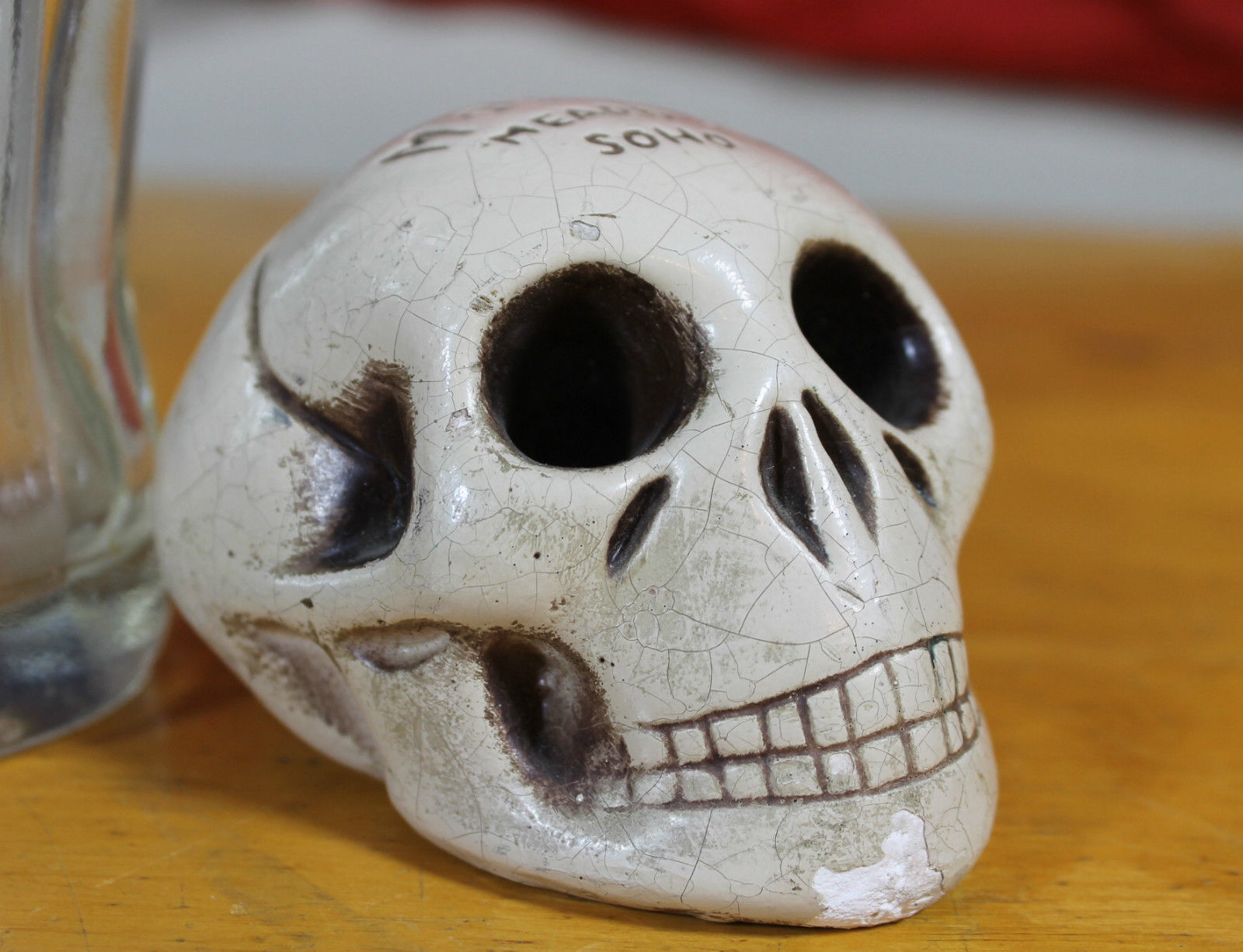 “While searching eBay that I also found a man in Canada selling a small ceramic skull inscribed with Le Macabre’s name and address. I was transfixed by this object and while I didn’t end up buying it I went back onto the Web and like a digital Soho archaeologist discovered photos of the skulls that I downloaded for research.” 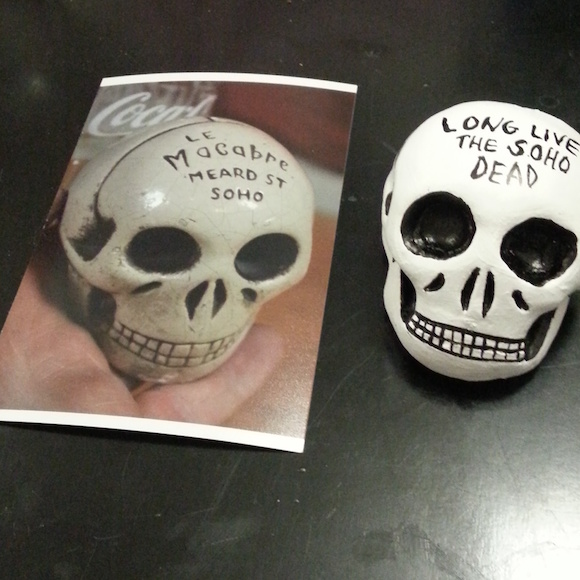 Resolving to create his own version, Rubbish worked with a cermet artist on producing a limited edition bearing the inscription “Long live the Soho dead”.

Rubbish says: “The skull is a Memento Mori for the living, to remember what we have lost.”

The sequence featuring Le Macabre in the Look At Life film starts at 07.00 in this footage:

There is an overview of Le Macabre at Horrorpedia here and at Collector Gene here.