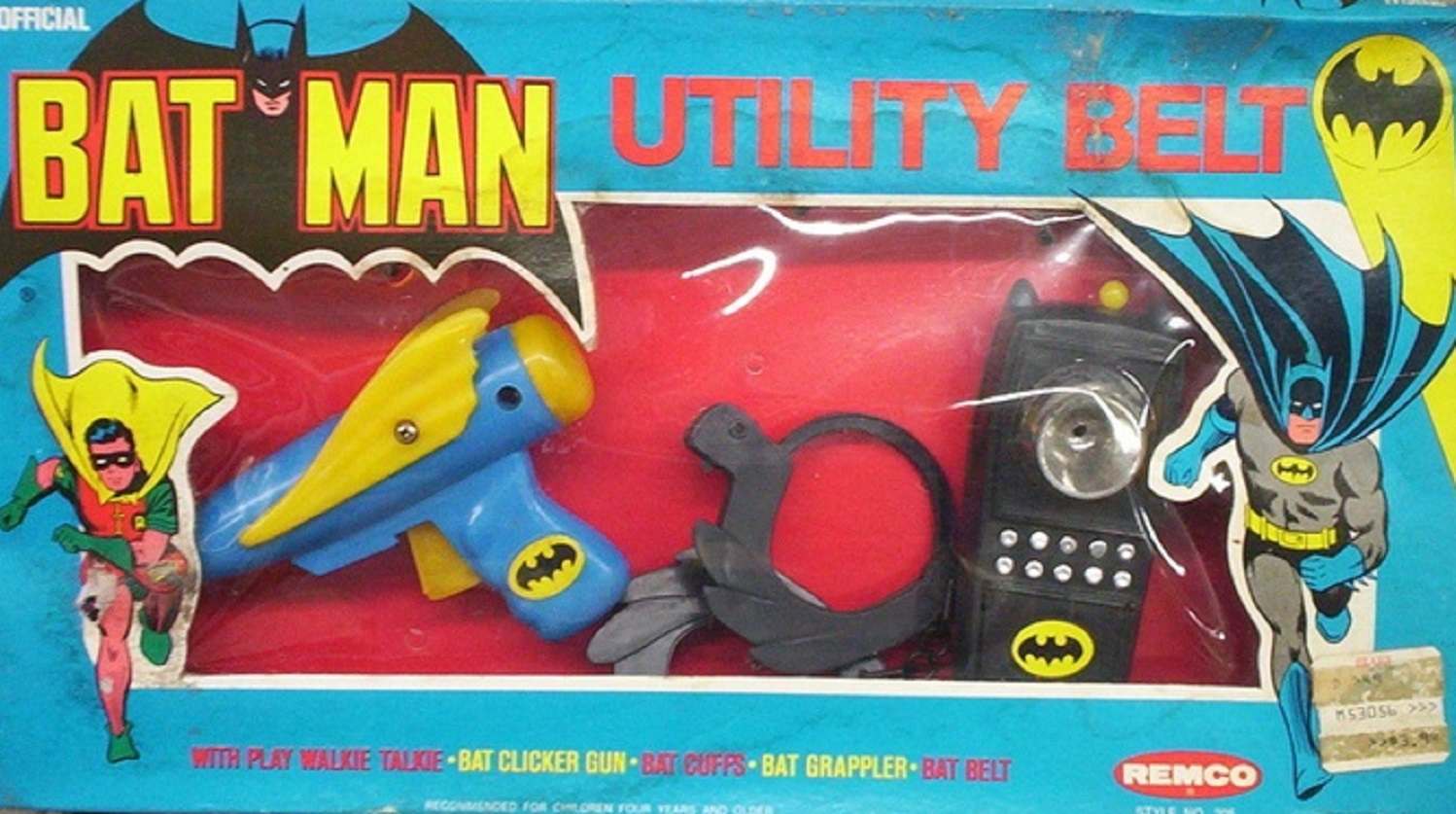 In the disco decade, before video games changed the way kids play, a good make-believe game — played on the fields, park or trails near your back-yard — absolutely required a utility belt.

If you were an officer on the starship Enterprise, an astronaut on Moonbase Alpha, or a superhero defending your city, for example, you absolutely required the right accouterments to get the job done.

Remco was the undisputed king of genre-themed utility belt sets.

That dominance doesn’t suggest that the utility belts made by the company were always high-quality, merely that Remco owned a lot of licenses.  Other companies, including Kenner, also got into the utility belt business while merchandising Star Wars (1977). 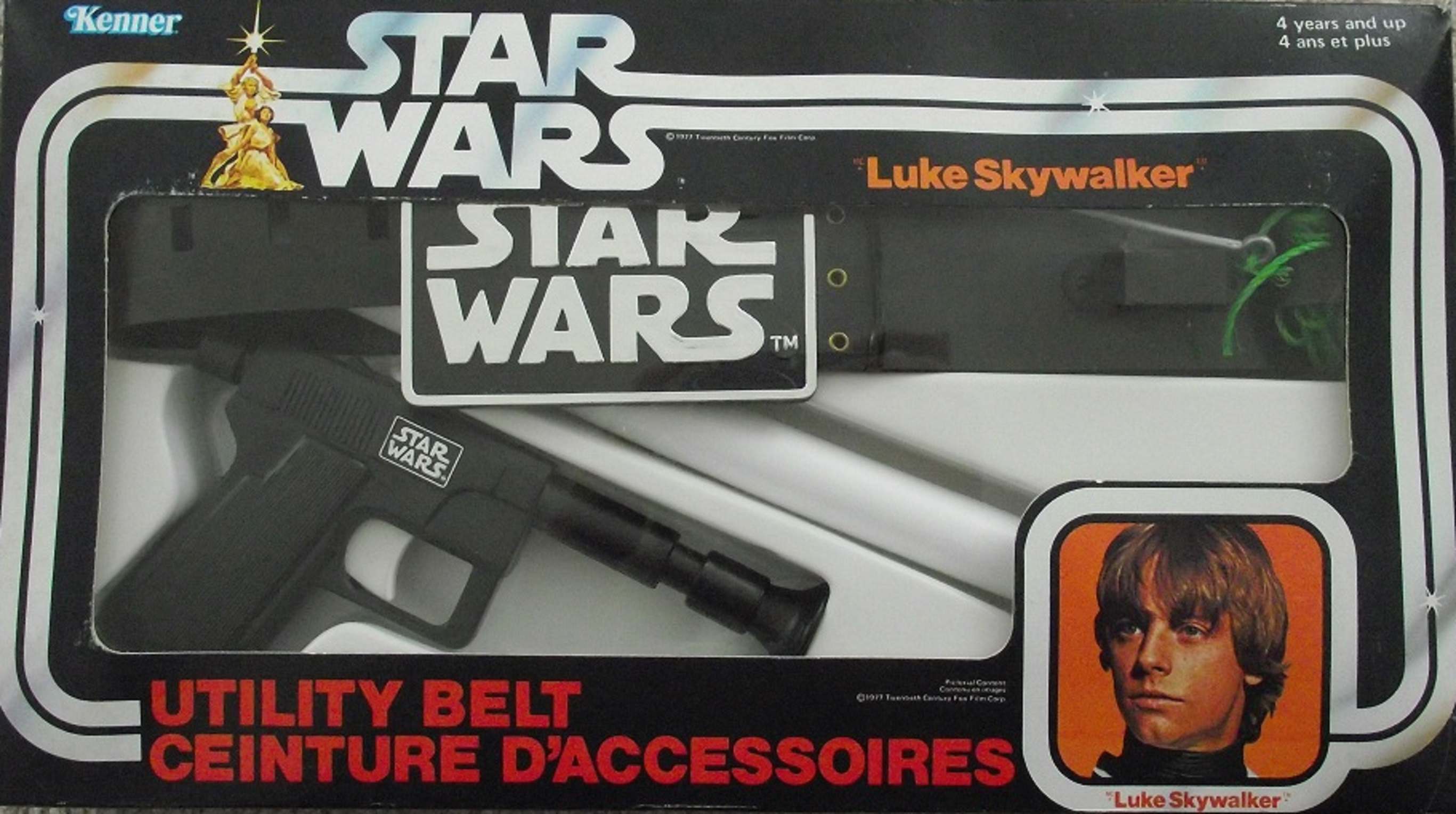 The typical Remco utility belt play-set included the actual belt itself: a plastic affair with a large belt-buckle. The buckle would often feature either an engraved or sticker logo of the franchise in question.

Then, depending on the set, a weapon was also included, and also a communicator. The communicator, alas, was not always show-accurate. 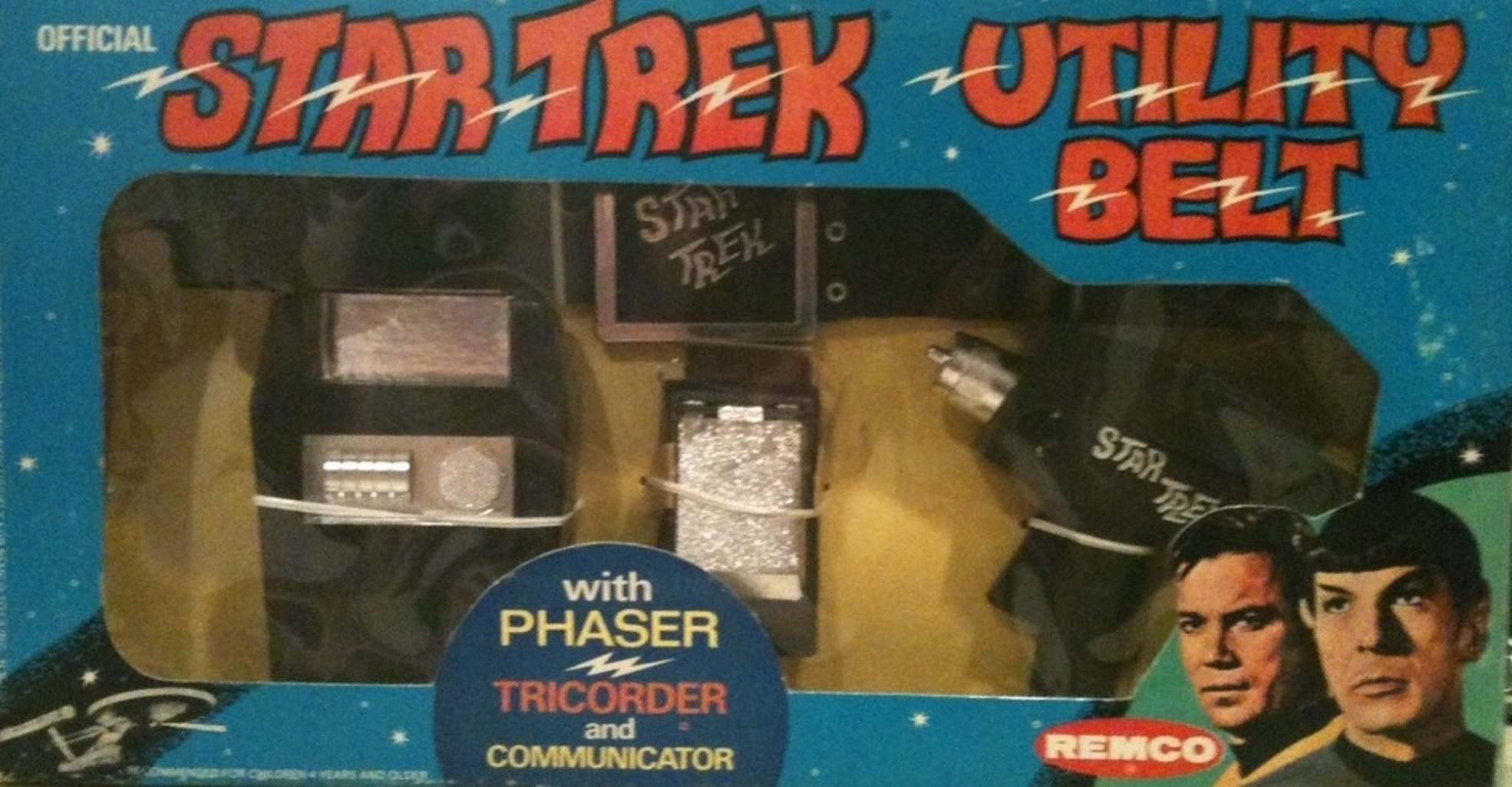 For the Remco Star Trek utility belt (which came with a phaser II, tricorder, and a communicator), the communicator was indeed the famous flip-up Starfleet issue from the original series. That same communicator, however, was molded in different colors and also featured as the walkie-talkie in the Hulk utility belt and the Superman variation.

Meanwhile, Space: 1999, The Shogun Warriors, Captain America and Spider-Man belts all featured a different model communicator with small round buttons and an antenna. 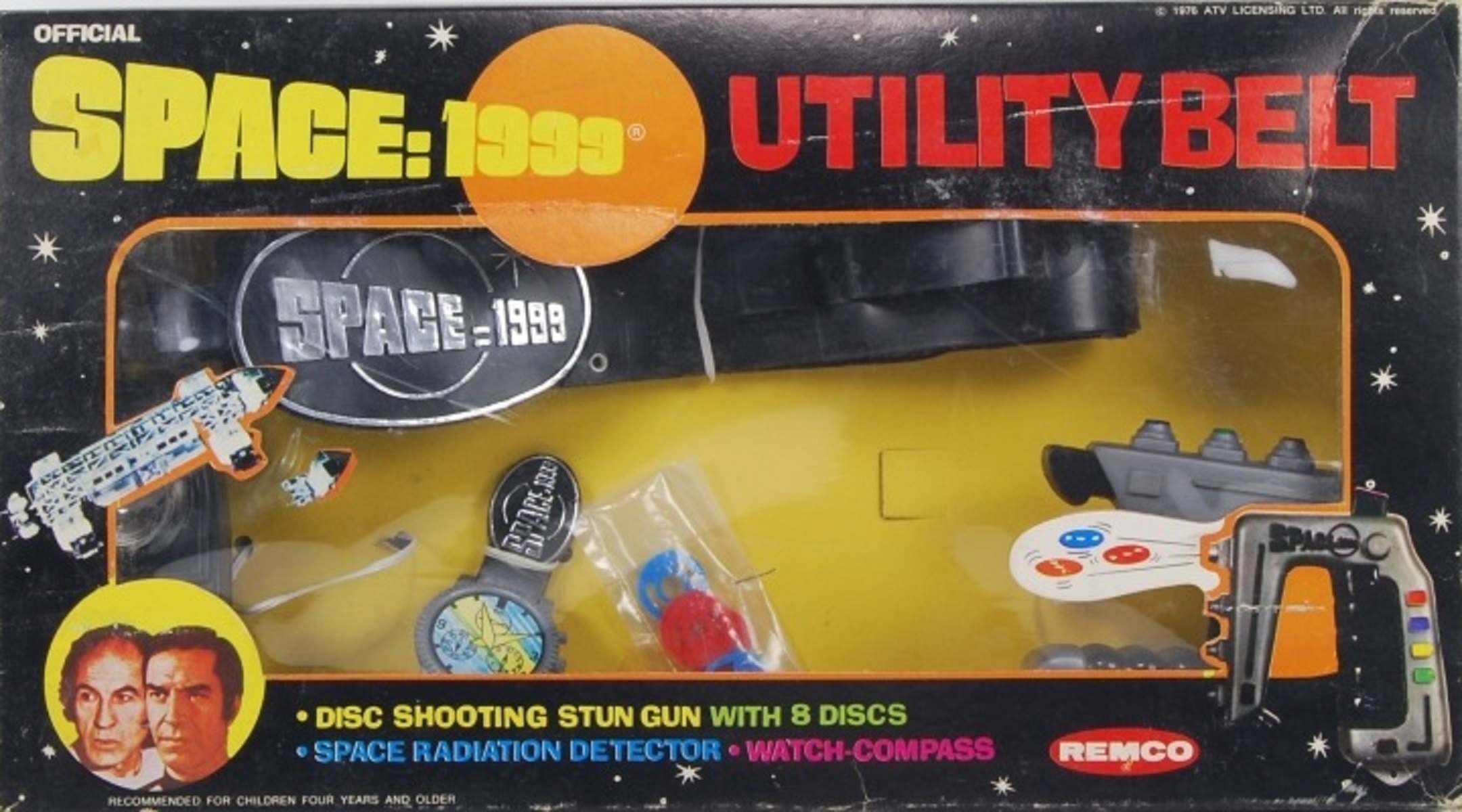 This was a bummer for the Space: 1999 Utility Belt because in that Gerry and Sylvia Anderson series the Alphans had a unique-looking communications device: the comm-lock.  And it looked nothing like Remco’s device.  Eagle-eyed viewers may note that little Tommy Doyle, in John Carpenter’s Halloween (1978) is wearing the Remco Space: 1999 utility belt in a few scenes.

Batman — a character who legitimately used a utility belt in the course of his “work” — was probably the most popular character set of the decade other than Star Trek’s. 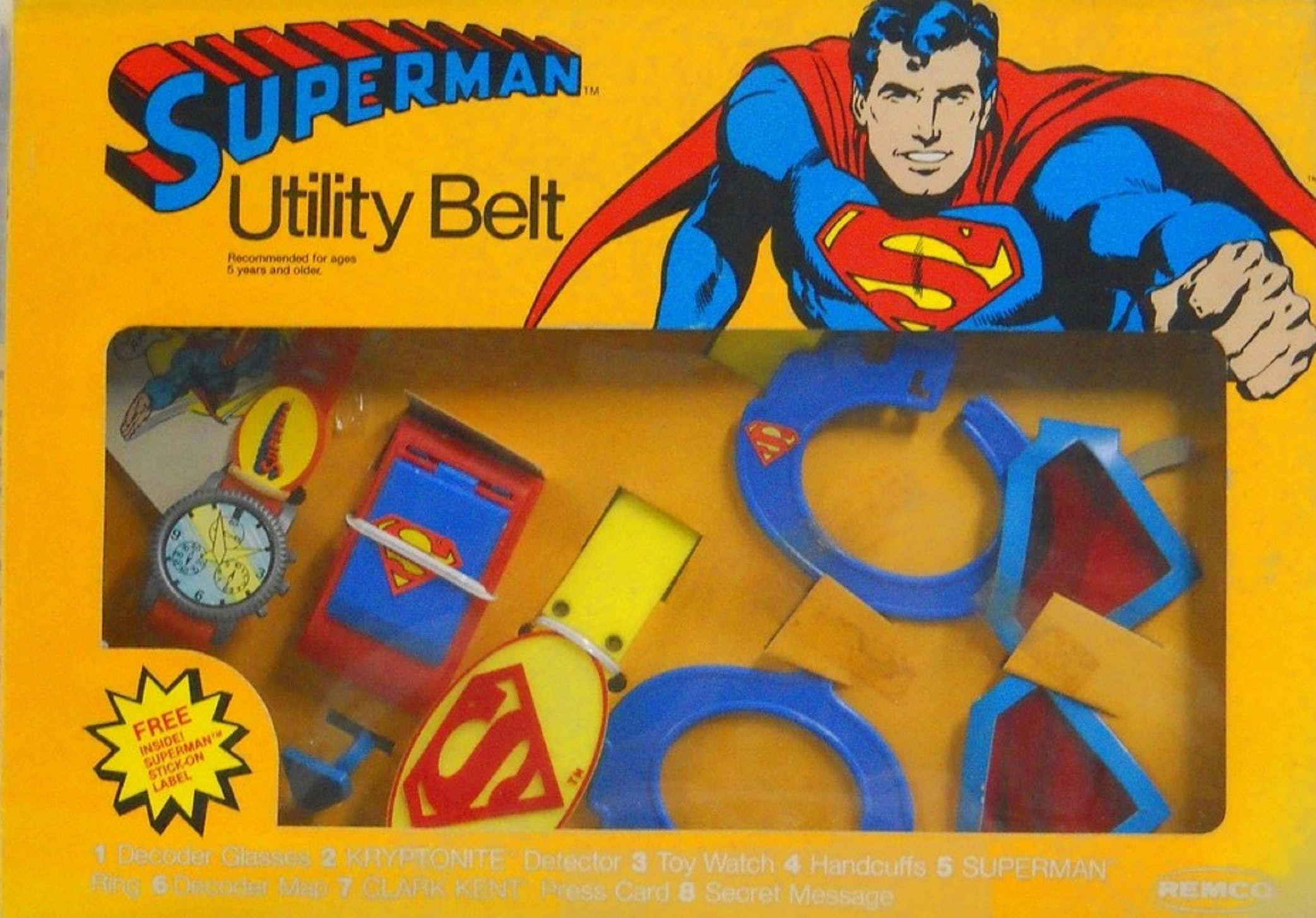 When you go down the line and reach superheroes such as The Hulk or Superman, you begin to ask if these fantasy characters really need utility belts at all.  Would the Hulk even wear one?  Could he even wear one?

The Hulk’s belt came with some weird variations including “wrist gauntlets” and a “gamma radiation detector.” Of course, if the Hulk were wearing his utility belt, it was probably already too late to be detecting gamma radiation. 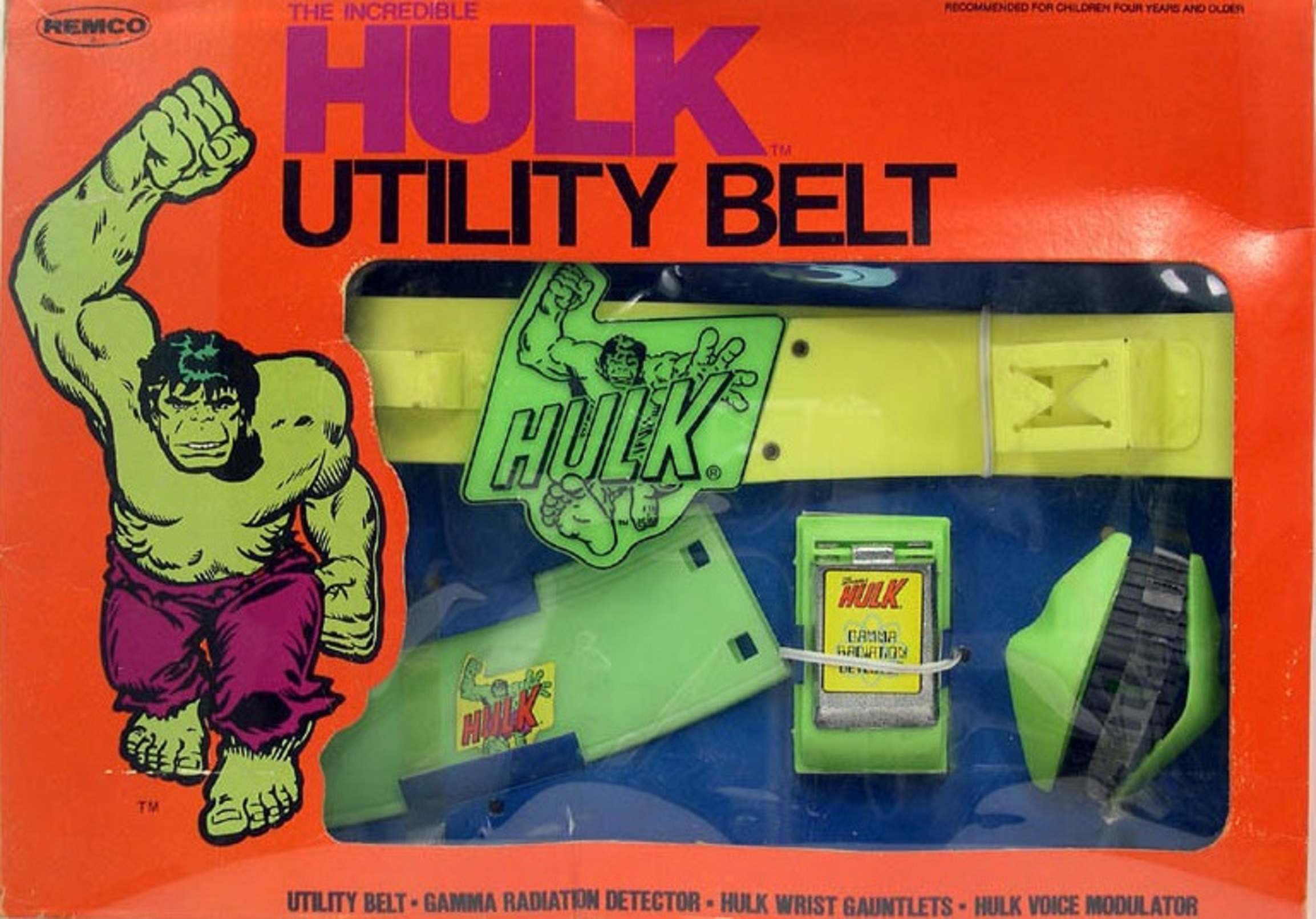 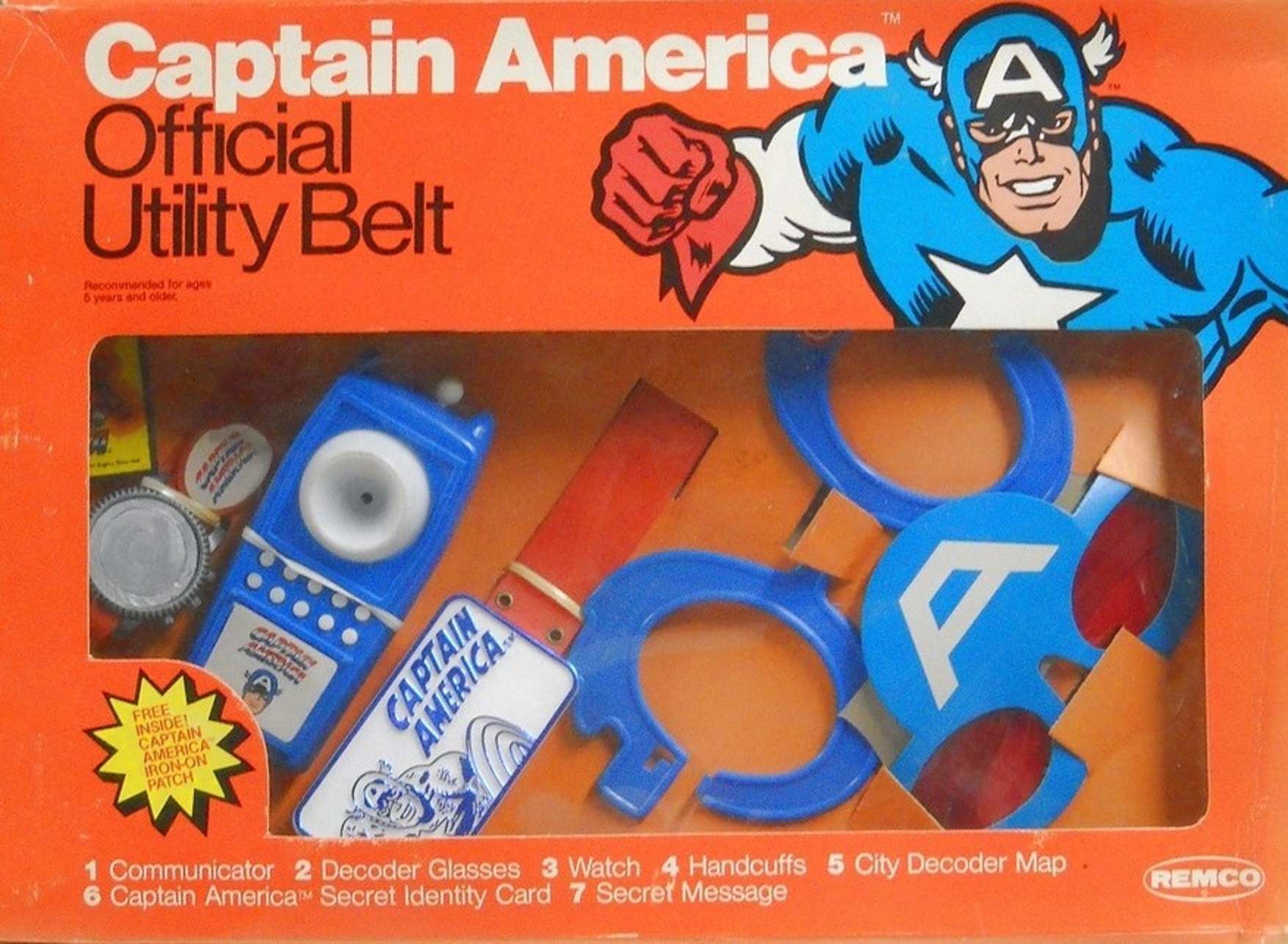 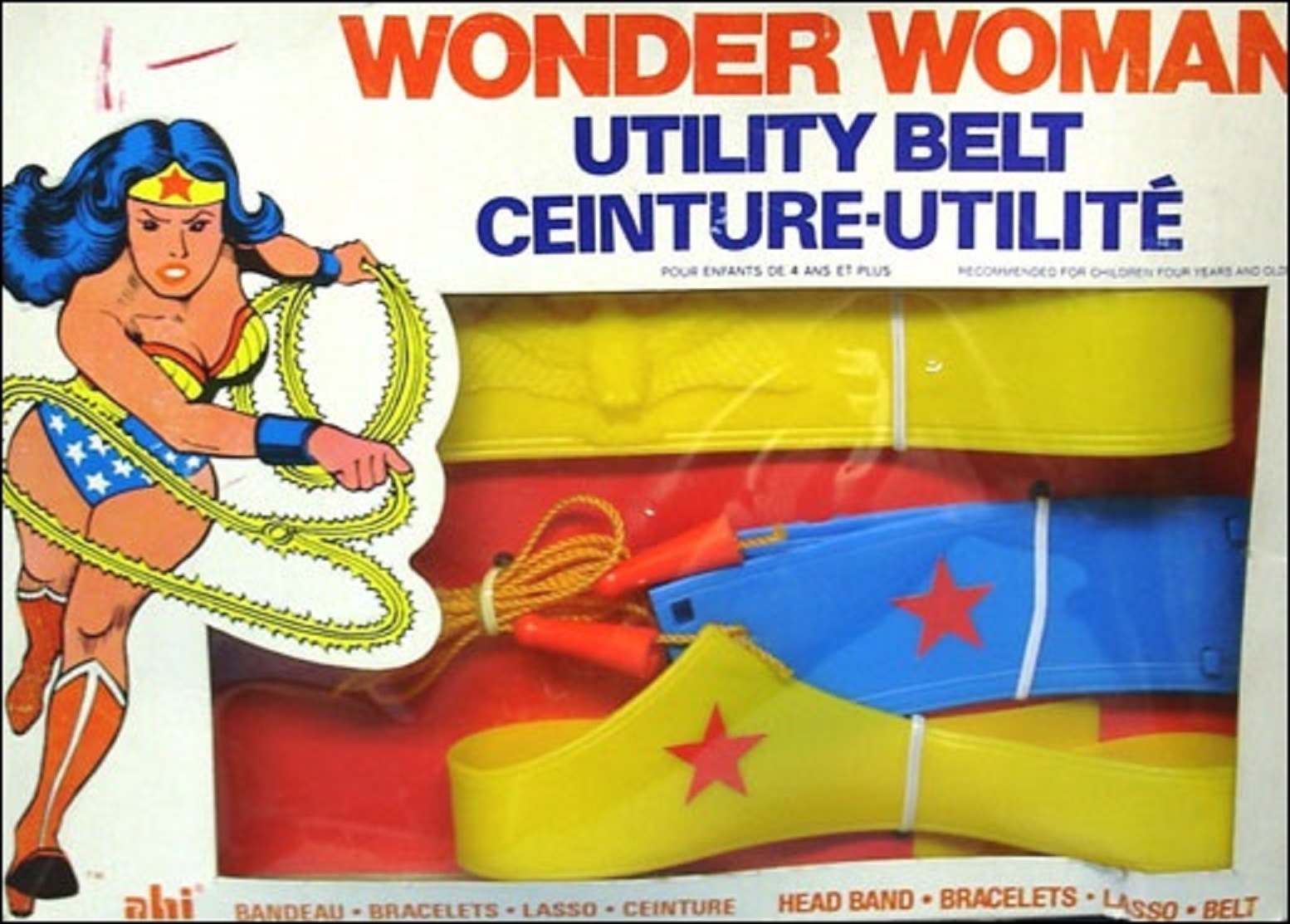 The lamest of the outer space utility belts probably belonged to Buck Rogers.  This Remco set came with a weapon that looked like a lightly-redressed Star Trek phaser rather than any blaster featured on the actual 1979-1981 series starring Gil Gerard. And Spider-Man’s “decoding” glasses were re-dressed to be a lame kind of Directorate Space Helmet visor. 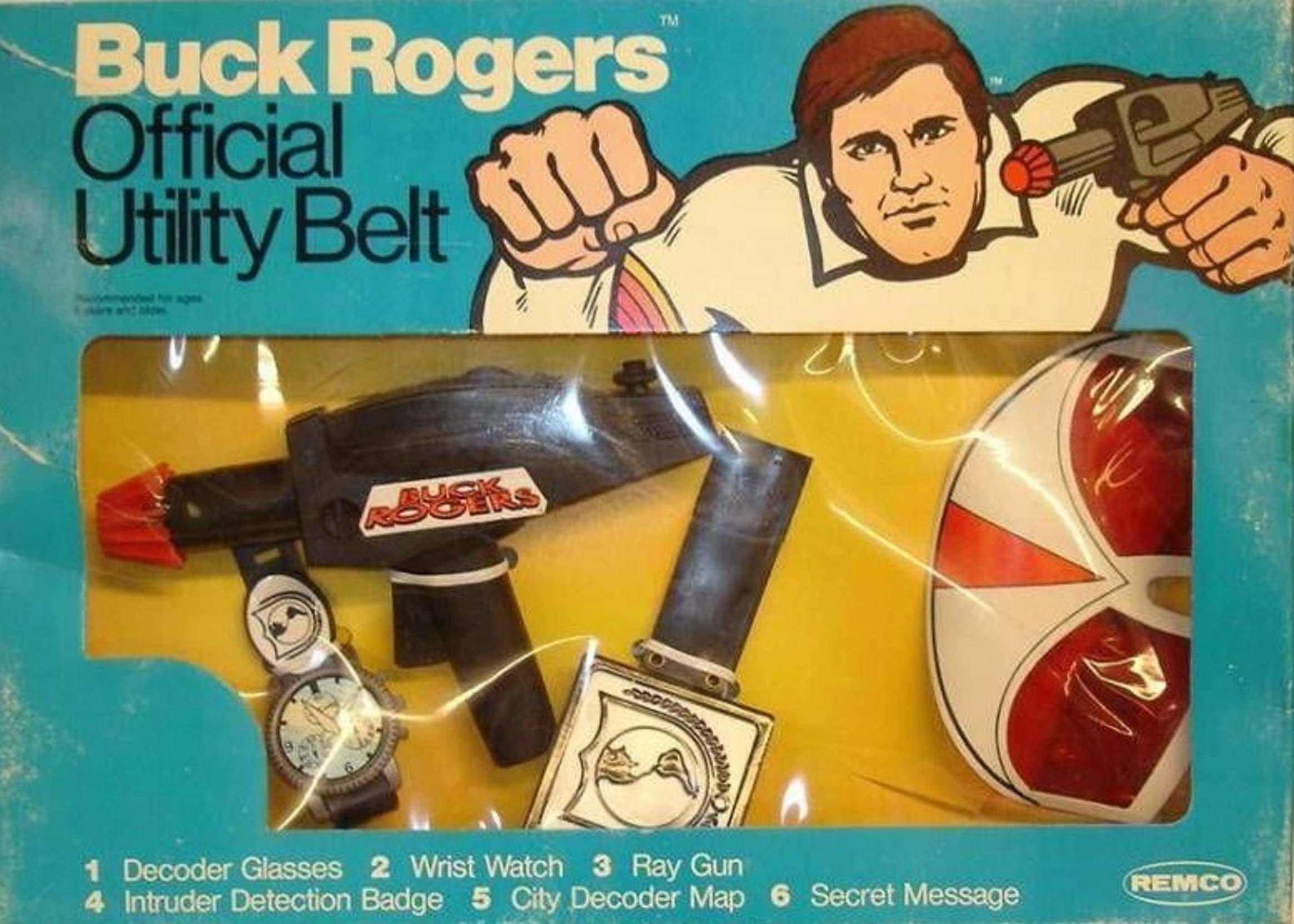 The holy grail of all these utility belts, for me at least, is the one for the Shogun Warriors.  It’s includes Dragun’s battle axe, which is cool beyond words. 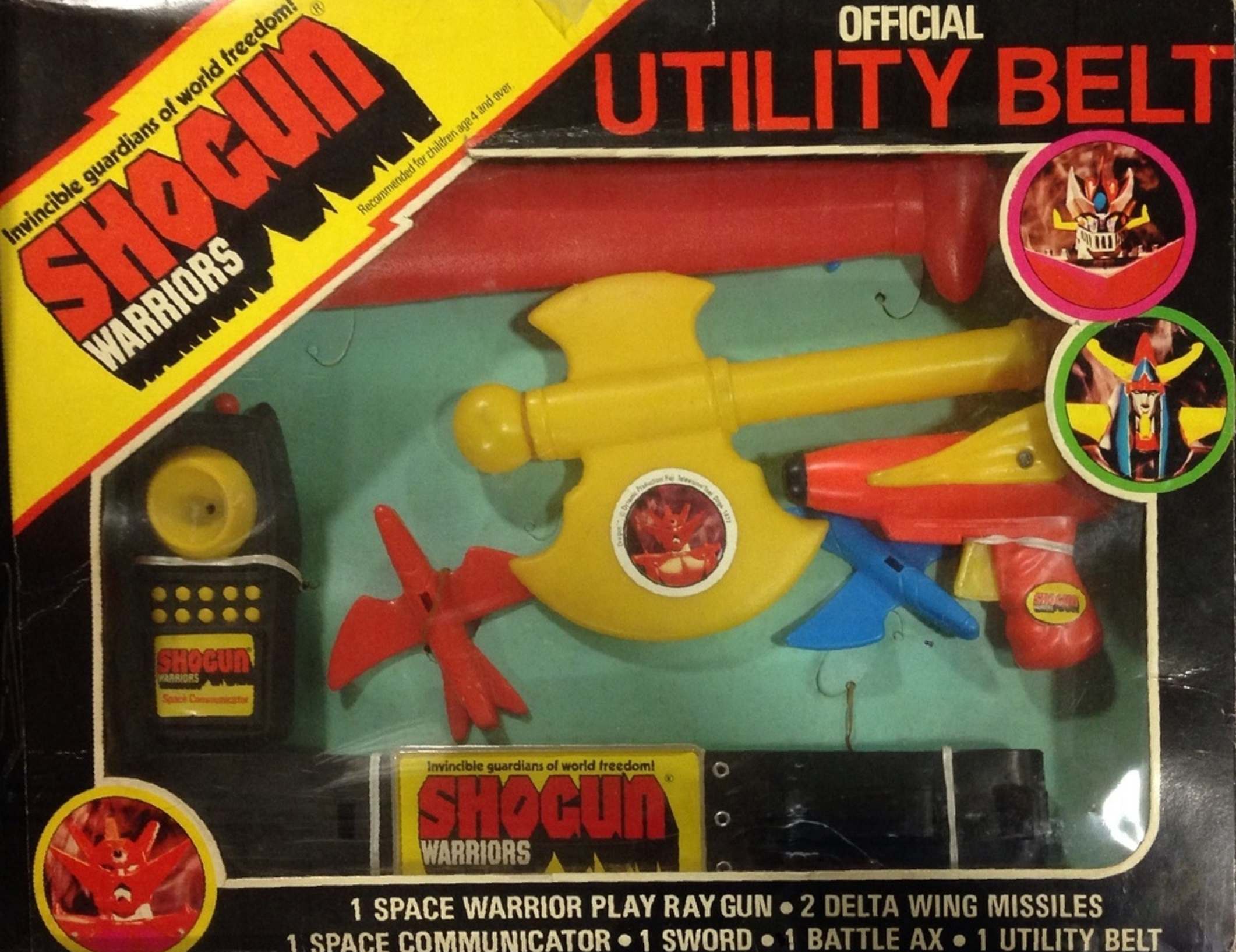 I never had one of these, alas…