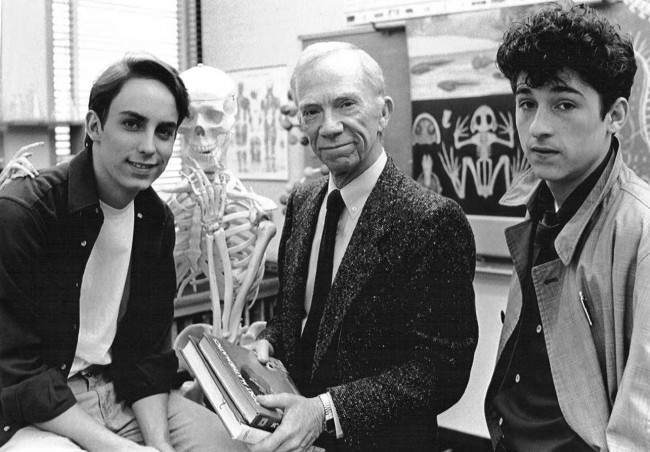 MOVIES adapted for television series aren’t necessarily terrible; in fact, the outcome is often quite good. The Odd Couple and M*A*S*H* both had great translations for the small screen. Even Alice Doesn’t Live Here Anymore, a dark drama by Martin Scorsese found an interesting niche in the sitcom universe via Alice.

Unfortunately, for every success, there are a sizeable number of failures. This is where I come in and deliver up ten tragic examples of where a movie was adapted for television yielding regrettable results.

When you remove the bawdy humor from Animal House, you’re cutting out its heart. It’s like removing the dancing from Singin’ in the Rain. Crass jokes and irresponsible humor were the lifeblood of the original film; to clean things up for prime time TV was a mistake of epic proportions.

Charlie’s Angel, Kate Jackson, plays a boring yuppie based on a movie about a boring yuppie. She finds a baby, and the impossible happens – things get even more boring.

Who thought a movie about swingers and wife-swapping would make for a great TV comedy? Whoever came up with this idea should have been publically flogged as a lesson to future television writers. The show was cancelled after a whopping seven episodes – even with Robert Urich and Jodie Foster, there was no saving it.

Black Bart (1975) was the name of the Blazing Saddles TV adaptation; however, it never made it past the pilot. Lewis Gossett, Jr. played Cleavon Little’s character. Supposedly, the role almost went to Richard Pryor, which makes you wonder if that would’ve kicked things up a notch and made things interesting enough to progress past the pilot. Pryor as a black sheriff in the Wild West would have been something I’d have loved to have seen.

Other than the fact that the creator of Freaks and Geeks (Paul Feig) was a cast member, there’s absolutely nothing redeeming about this. But let’s face it, no one could have made this thing good. We could have reanimated William Shakespeare and put him in a room with Quentin Tarrentino, and the script they came up with still would have come out dull and predictable.

I actually watched this show when it originally aired, and loved it. However, I was a dumb teenager and not to be trusted. I’m sure it was utter garbage.

Jennifer Anniston played Ferris’ sister…. and other than that, there’s not a remotely interesting thing about it. There’s a widely held theory out there that Ferris was actually a product of Cameron’s imagination (similar to Fight Club). If only this series had also been just imagined. But it wasn’t. It is oh so terribly real.

I think this TV show is responsible for grunge. It’s no coincidence that this show aired at the same moment a generation turned to heroine and depressing music. I think Alice in Chains listed this show in their liner notes as their prime inspiration. How this thing ran for two seasons is proof that the US government is trying to dumb down its population. For God’s sake, Tony Danza provides the voice of a baby….. it shall forever haunt the dark recesses of  my mind. Damn you, Baby Talk!

If you know who David Birney is, then I’m predicting you’re scratching your head vigorously wondering how in the hell he ended up playing Serpico. That’s like giving the role to Bert Convey or Steve Lawrence (and if you don’t know who David Birney is, you probably don’t know who they are either – so, never mind). Mr. Birney is probably best known as being the real-life abusive husband of Meredith Baxter-Birney, but at the time he had the reputation as a clean cut, sweater wearing nice guy. A far, far cry from Al Pacino’s depiction which owed a lot to the anti-Vietnam counter-culture – light years away from the David Birney universe. Hence, the awfulness of this adaptation.

Two successful movies that seemed to lend themselves to furthering the story on TV. Plus, everybody was sci-fi crazy at this time: Star Wars, Buck Rogers, Battlestar Galactica, etc. were raking it in. This should have road that sci-fi gravy train to the finish line. Instead, the rating were so poor they cancelled after airing only three of the five episodes filmed. An epic bust and missed opportunity if there ever was one.