On the 11th June 1945, a bit more than a month after Hitler had committed suicide in his Berlin bunker, the War Department released pictures of hitherto secret buildings. Disguised pillboxes and underground bunkers were dotted throughout the country ready to surprise any invading German force. 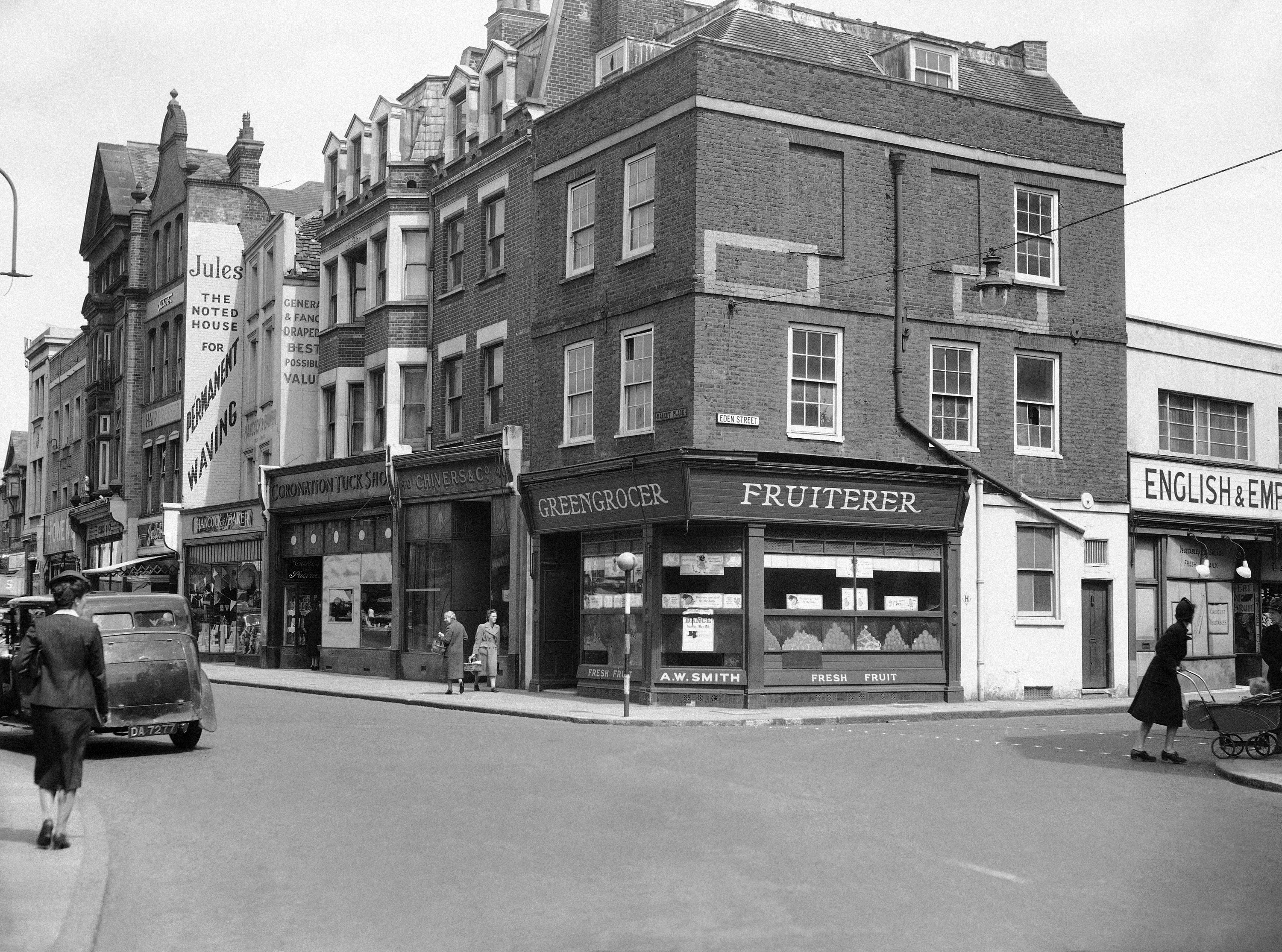 A greengrocers in Kingston-on-Thames was actually a disguised pillbox. 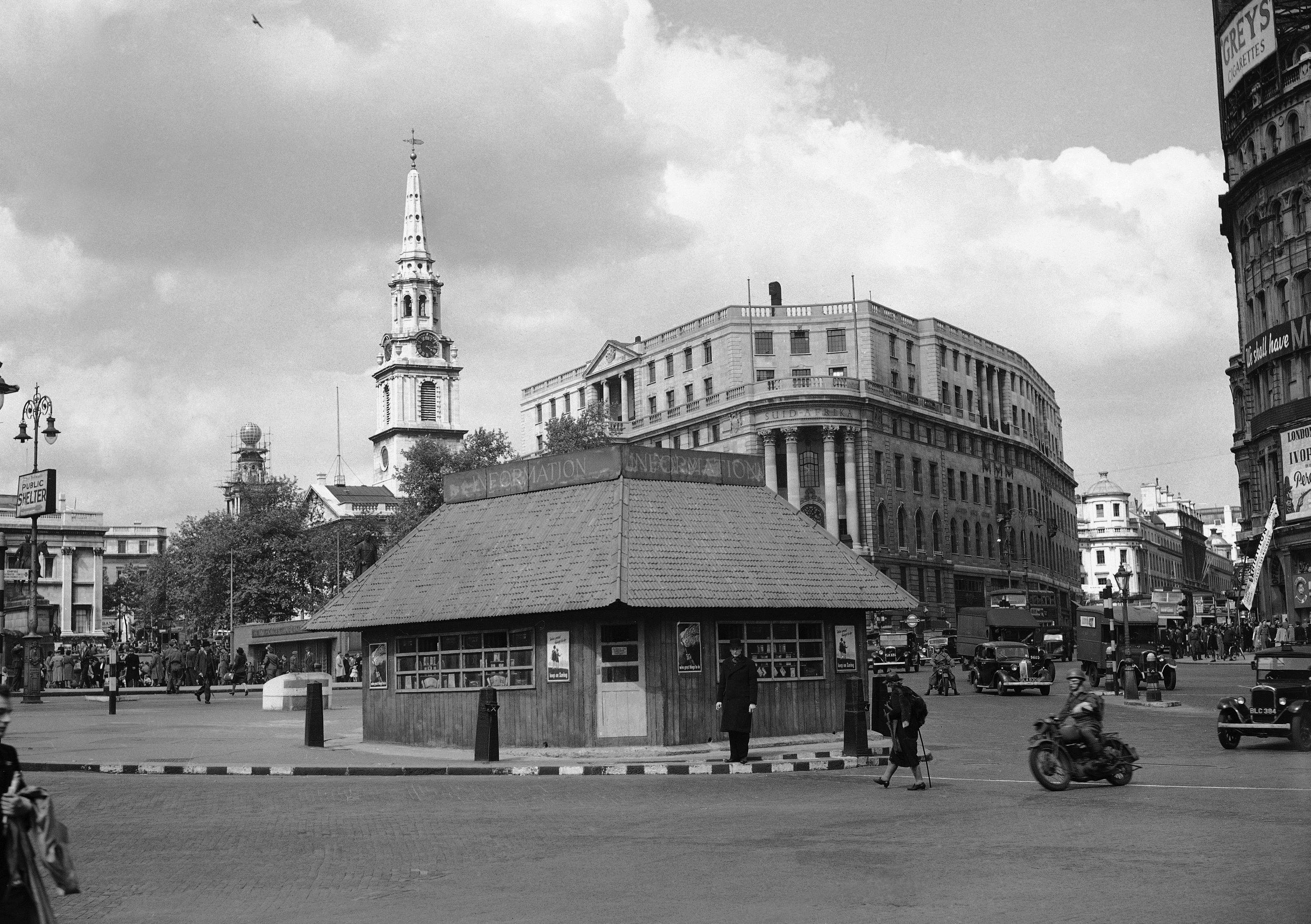 An Information bureau in Trafalgar Square brought hundreds of visitors across the street to seek guidance which they did not get. It was one of the camouflaged concrete pillboxes to be used in case of invasion. 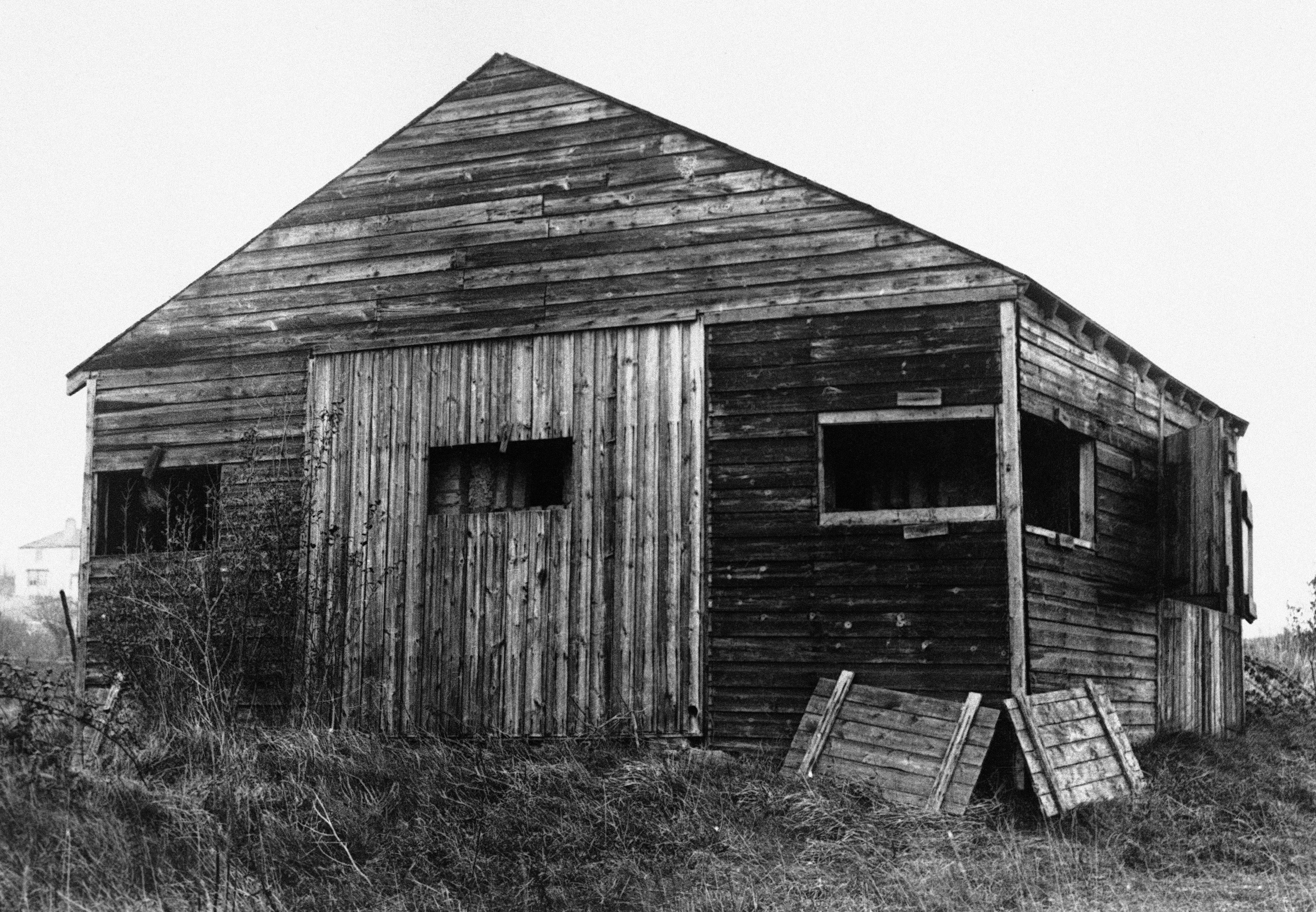 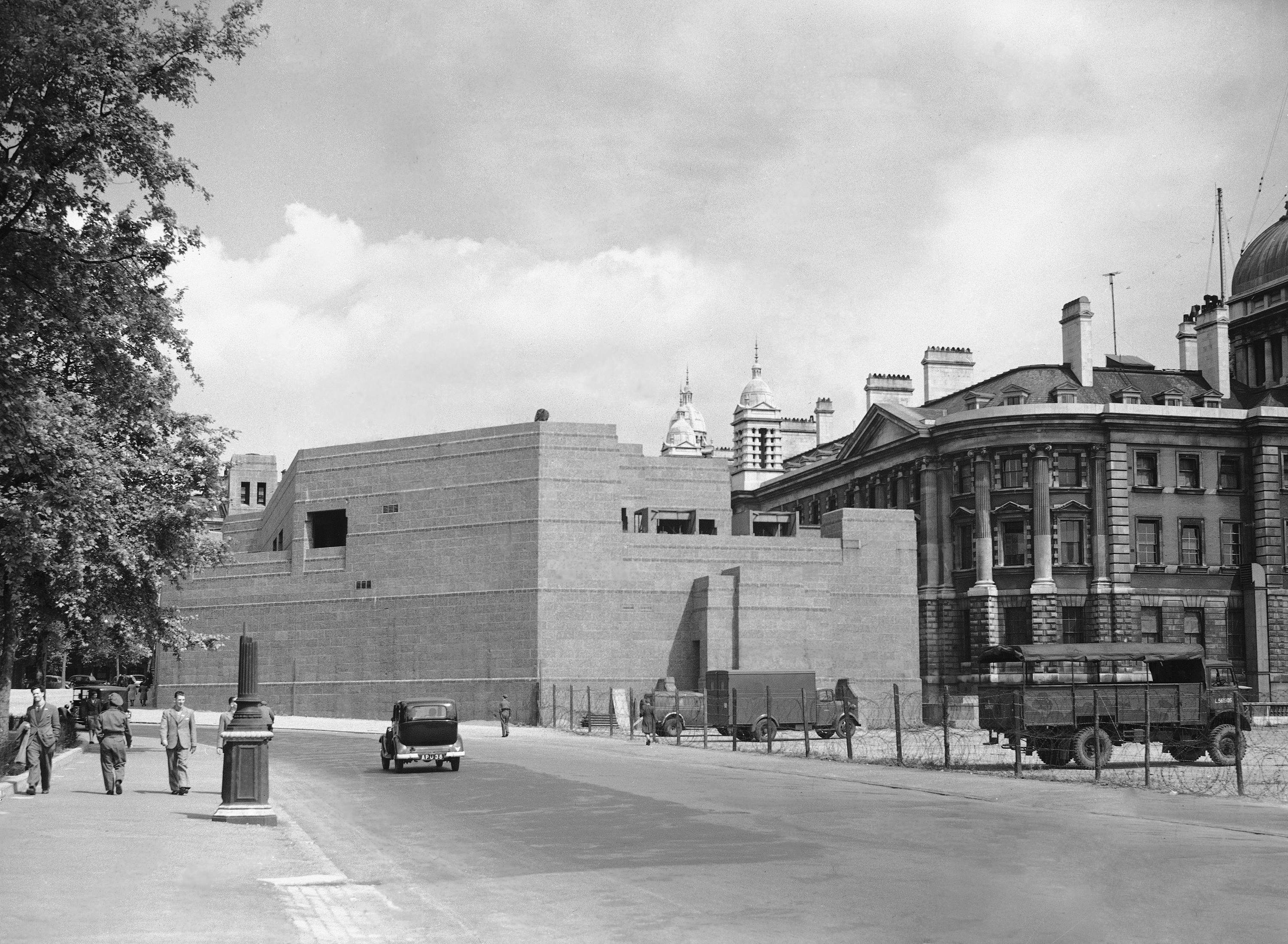 The bleak construction caused speculation when it went up beside the Admiralty building. It was to be used as the Admiraltys citadel, to be used during heavy bombing or in the event of invasion and despite it being very obvious but was totally secret.