[Soho] is all things to all men, catering comprehensively for those needs which money can buy. You see it as you wish. An agreeable place to dine; a cosmopolitan village tucked away behind Piccadilly with its own mysterious village life, one of the best shopping centres for food in London, the nastiest and most sordid nursery of crime in Europe. Even the travel journalists, obsessed by its ambiguities, can’t make up their minds.
― P.D. James, Unnatural Causes 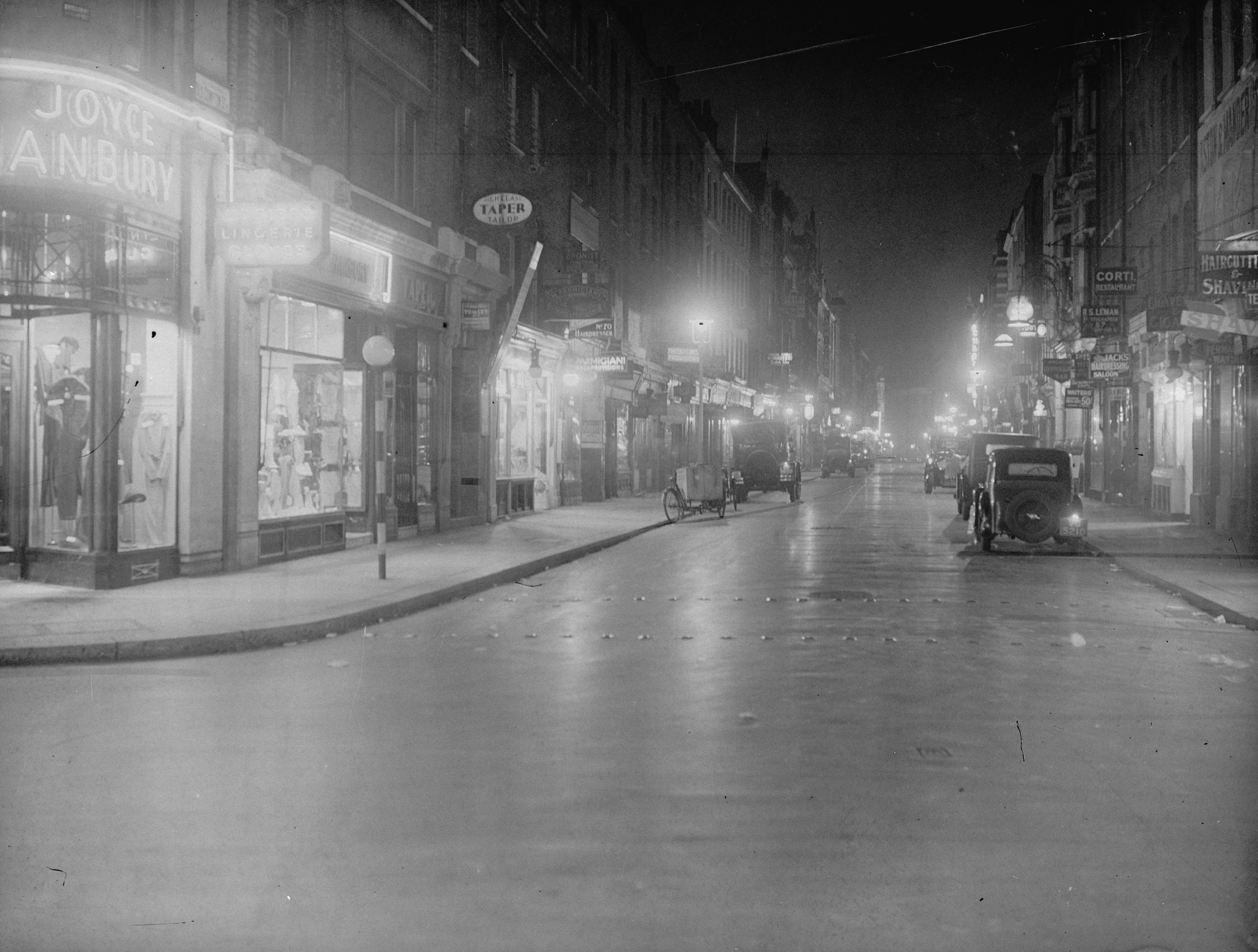 The dismal quarter of Soho seen under these changing glimpses, with its muddy ways, and slatternly passengers, and its lamps, which had never been extinguished or had been kindled afresh to combat this mournful re-invasion of darkness, seemed, in the lawyer’s eyes, like a district of some city in a nightmare. (The Strange Case of Dr. Jekyll and Mr. Hyde)
― Robert Louis Stevenson 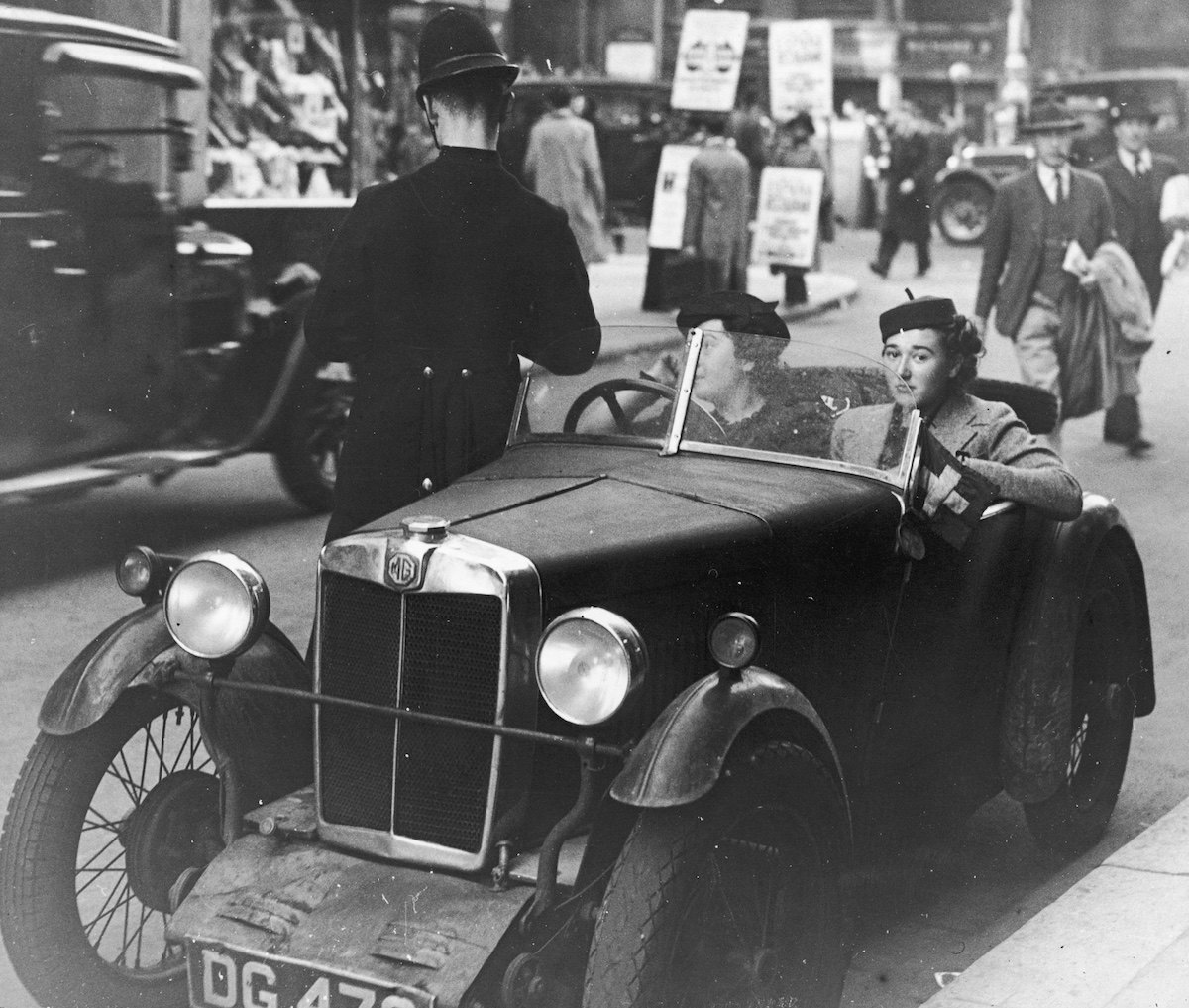 London motorists in an MG M-type receive a ticket from a traffic policeman on the corner of Wardour Street. (Photo by General Photographic Agency/Getty Images)

We are far from liking London well enough till we like its defects: the dense darkness of much of its winter, the soot on the chimney-pots and everywhere else, the early lamplight, the brown blur of the houses, the splashing of hansoms in Oxford Street or the Strand on December afternoons.There is still something that recalls to me the enchantment of children—the anticipation of Christmas, the delight of a holiday walk—in the way the shop-fronts shine into the fog. It makes each of them seem a little world of light and warmth, and I can still waste time in looking at them with dirty Bloomsbury on one side and dirtier Soho on the other.
– Henry James 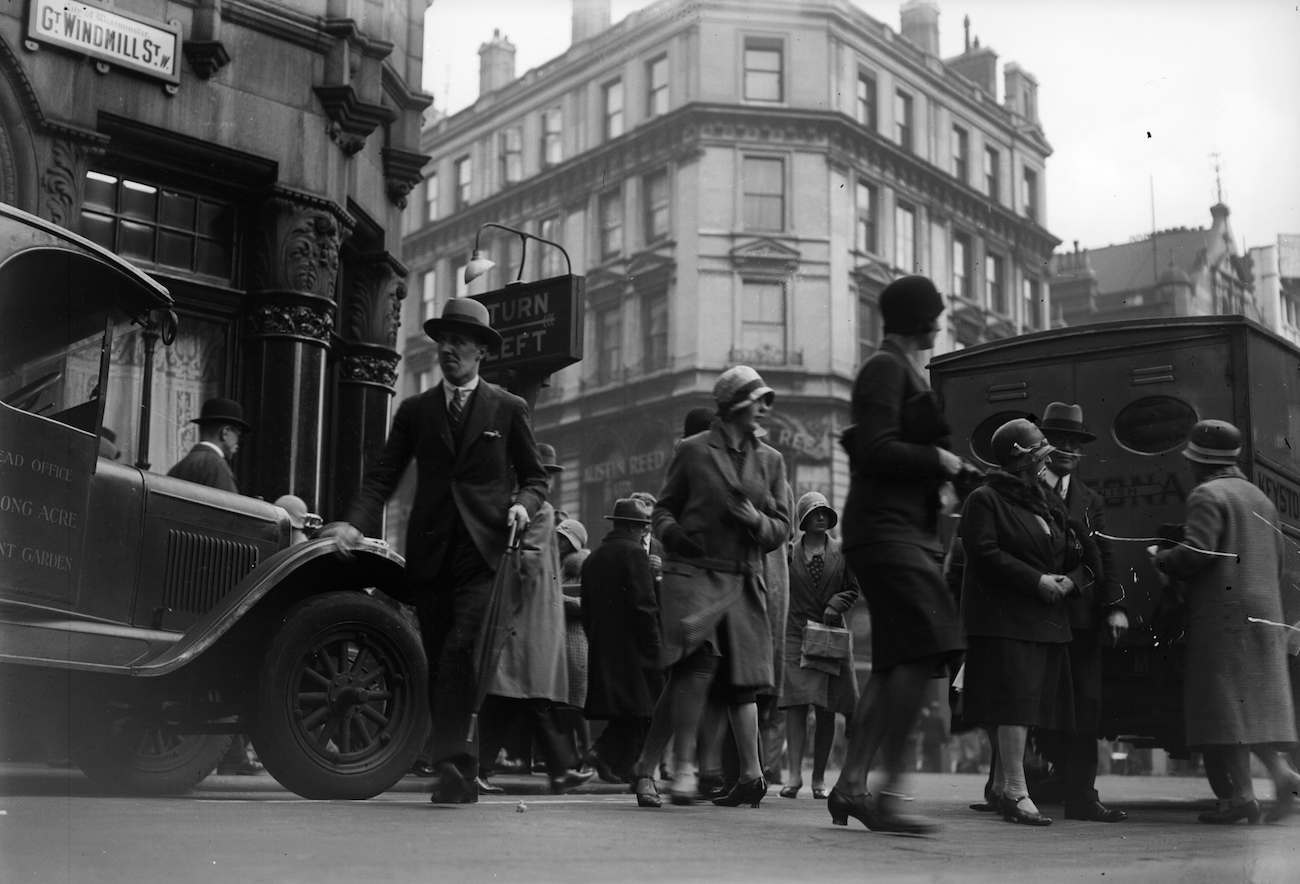 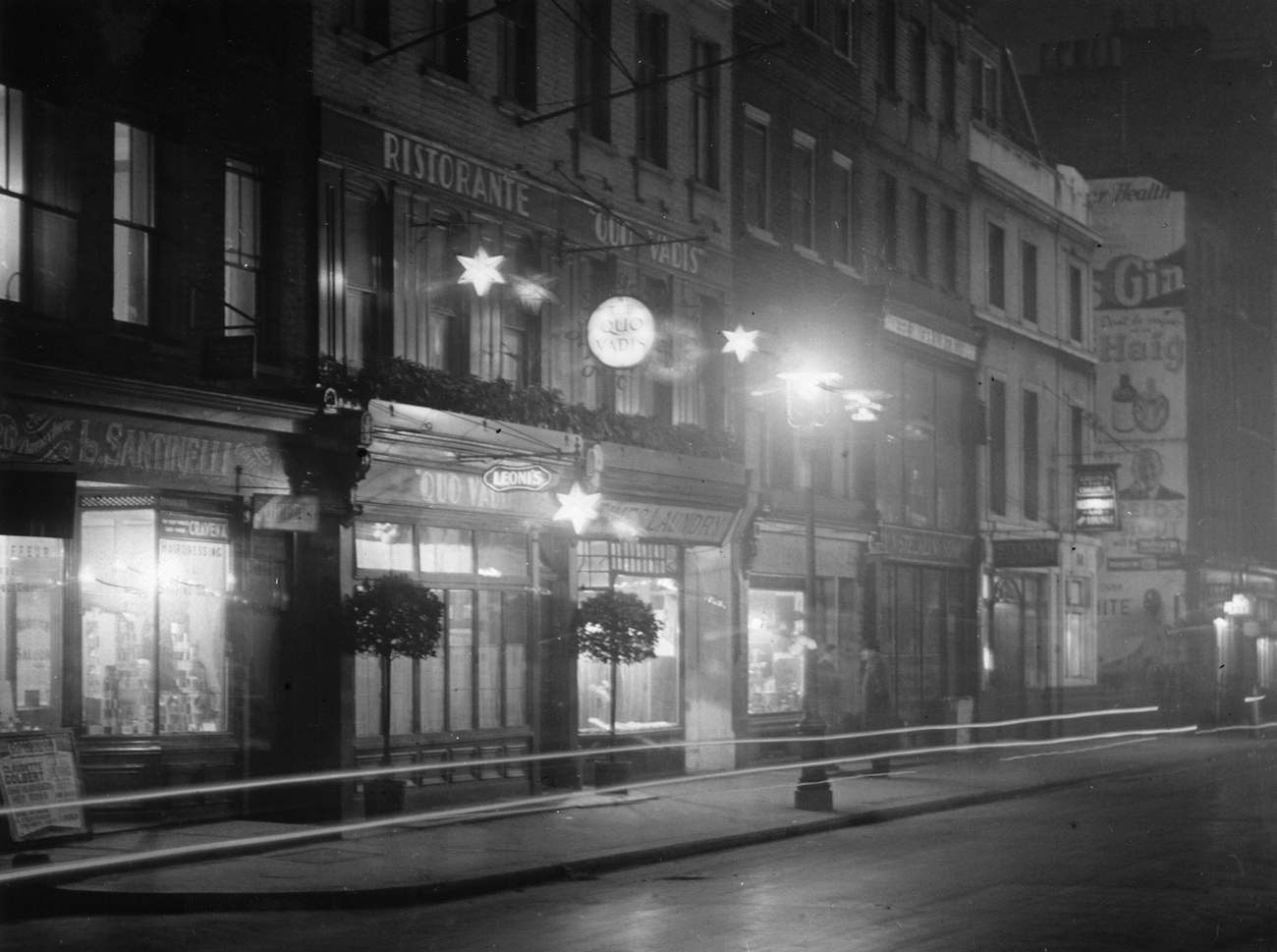 circa 1935: Dean St, Soho at night showing the outside of the Quo Vadis restaurant. (Photo by Hulton Archive/Getty Images) 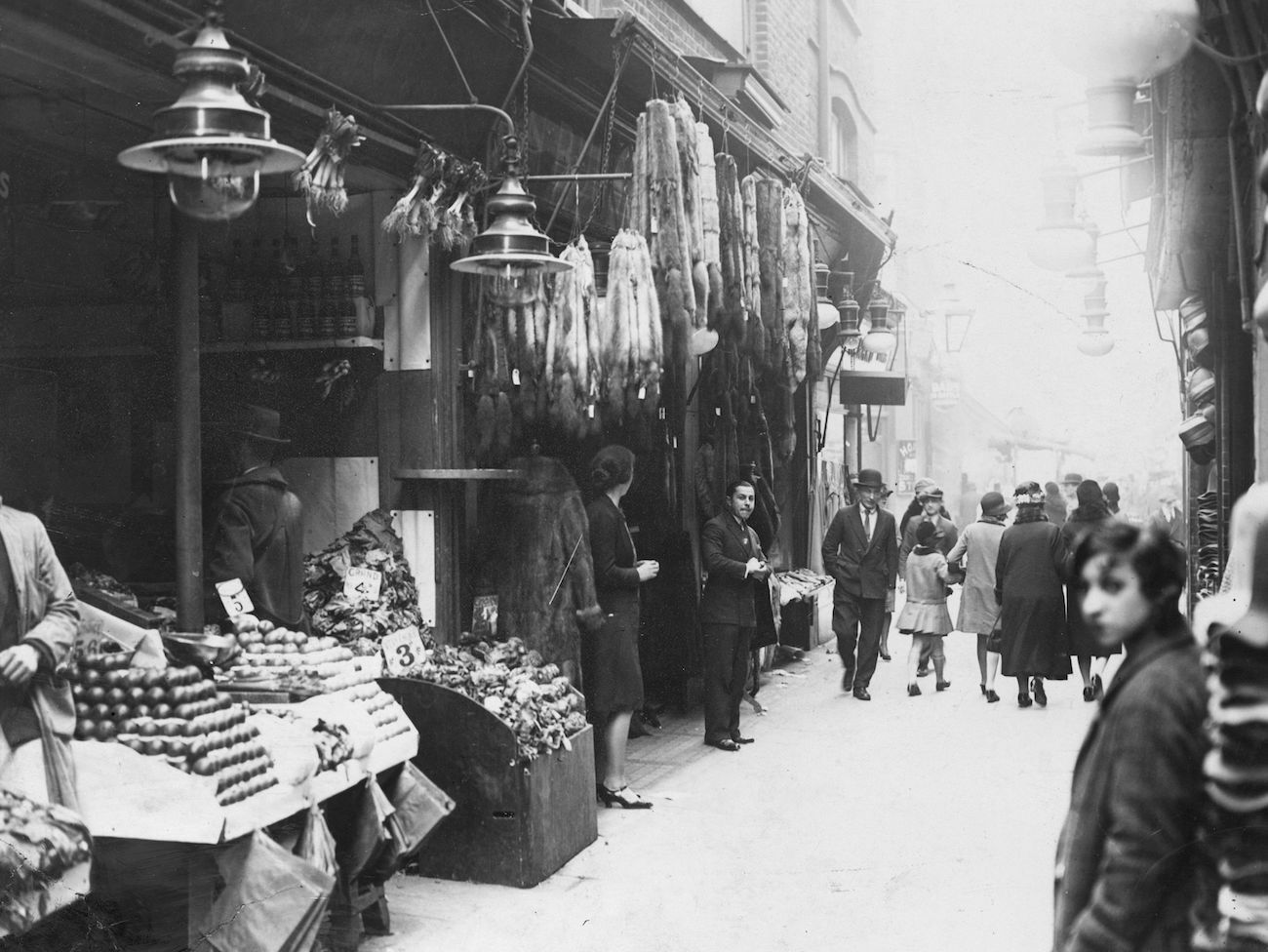 circa 1930: Berwick street market in Soho, London, with stalls selling fruit and vegetables and fur coats and stoles. (Photo by Fox Photos/Getty Images) 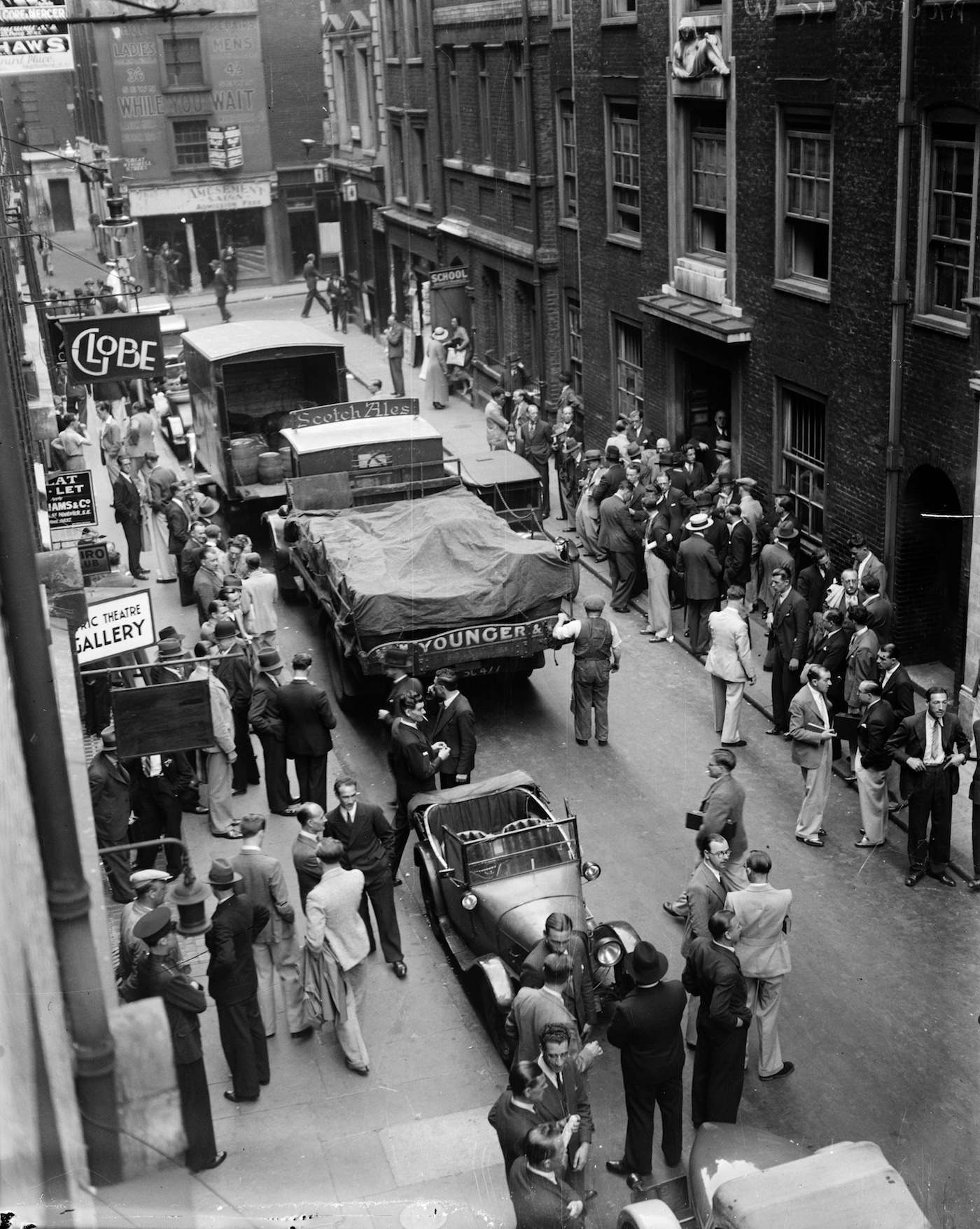 1935: In Archer St, Soho, London musicians gather in groups waiting to see if there is any work available. (Photo by General Photographic Agency/Getty Images)

The poverty from which I have suffered could be diagnosed as ‘Soho’ poverty. It comes from having the airs and graces of a genius and no talent.
– Quentin Crisp 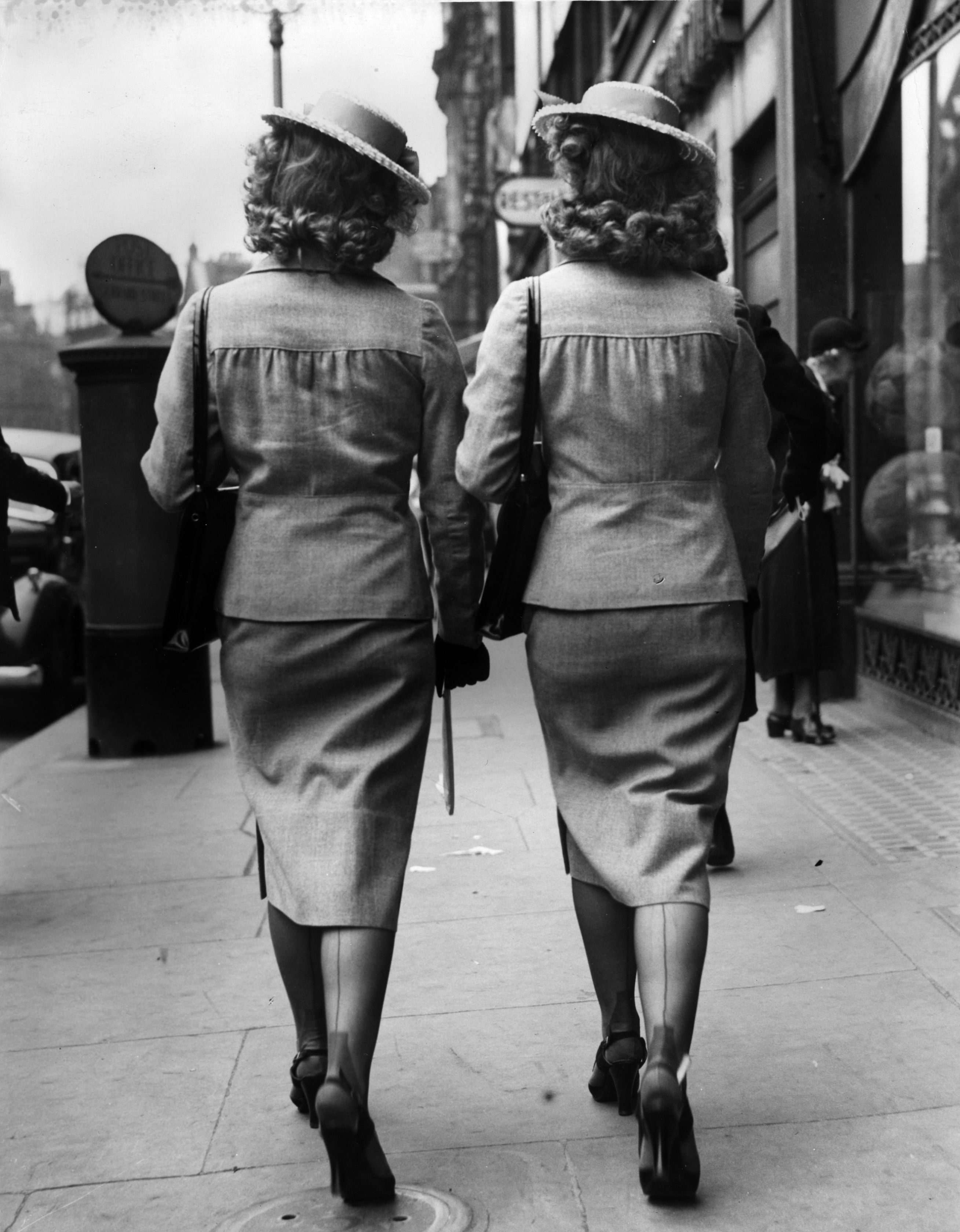 27th May 1939: The Henderson twins of radio and music-hall fame on a shopping expedition in Shaftsbury Avenue, London. (Photo by A. J. O’Brien/Fox Photos/Getty Images) 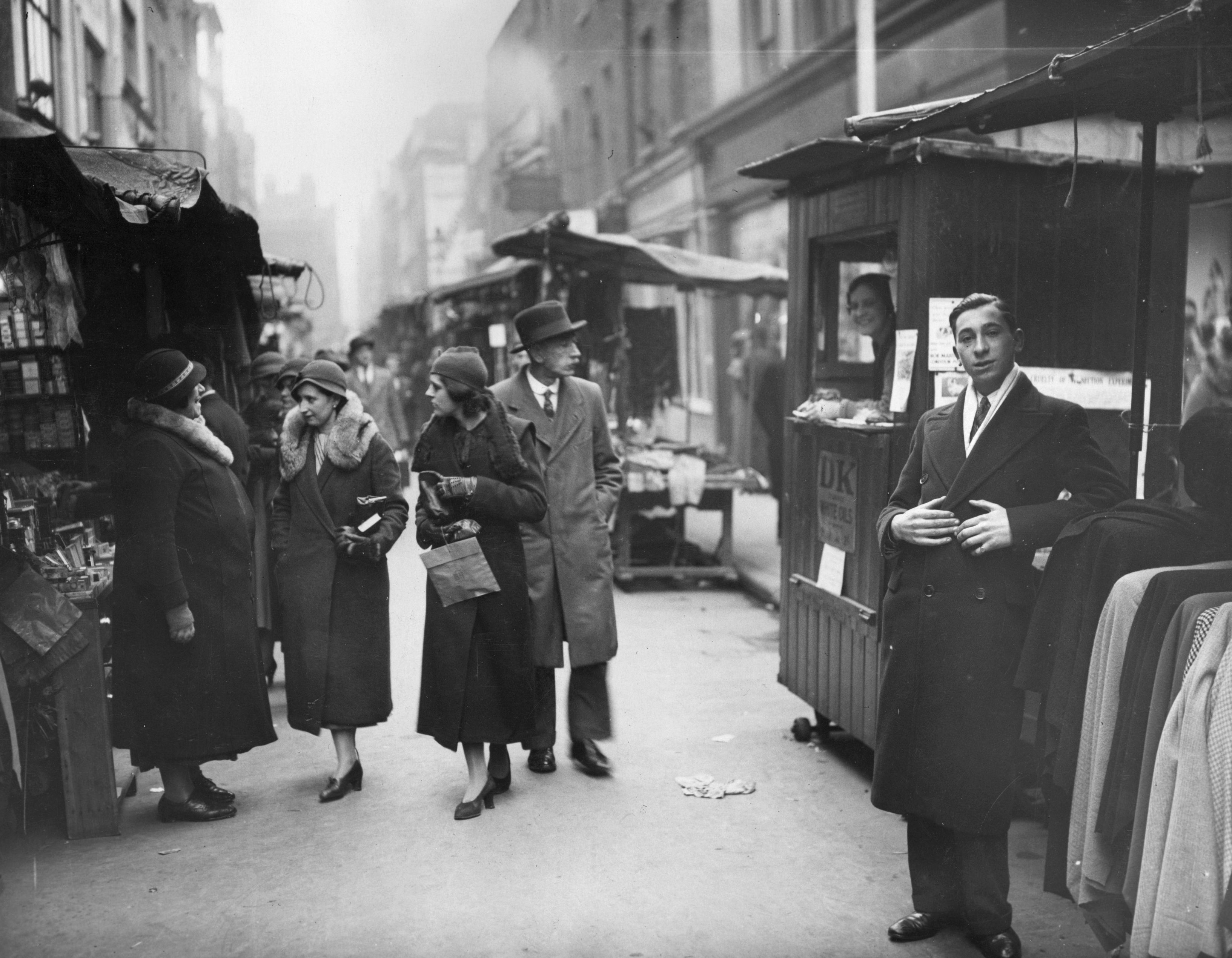 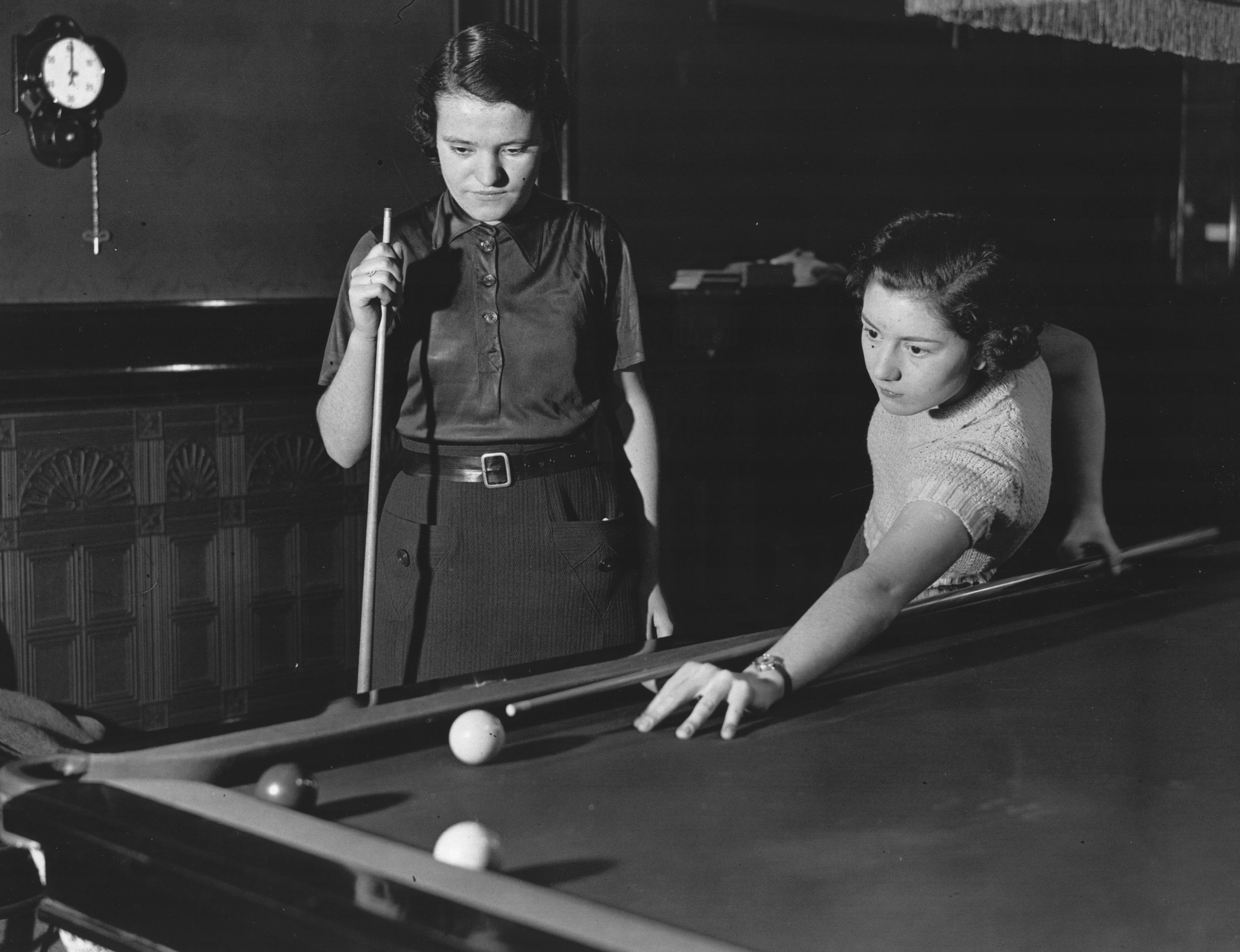 4th January 1934: Helen McDougall prepares to play a tricky shot at the Burwat’s Hall on Soho Square, while her mother watches. (Photo by Keystone/Hulton Archive/Getty Images) 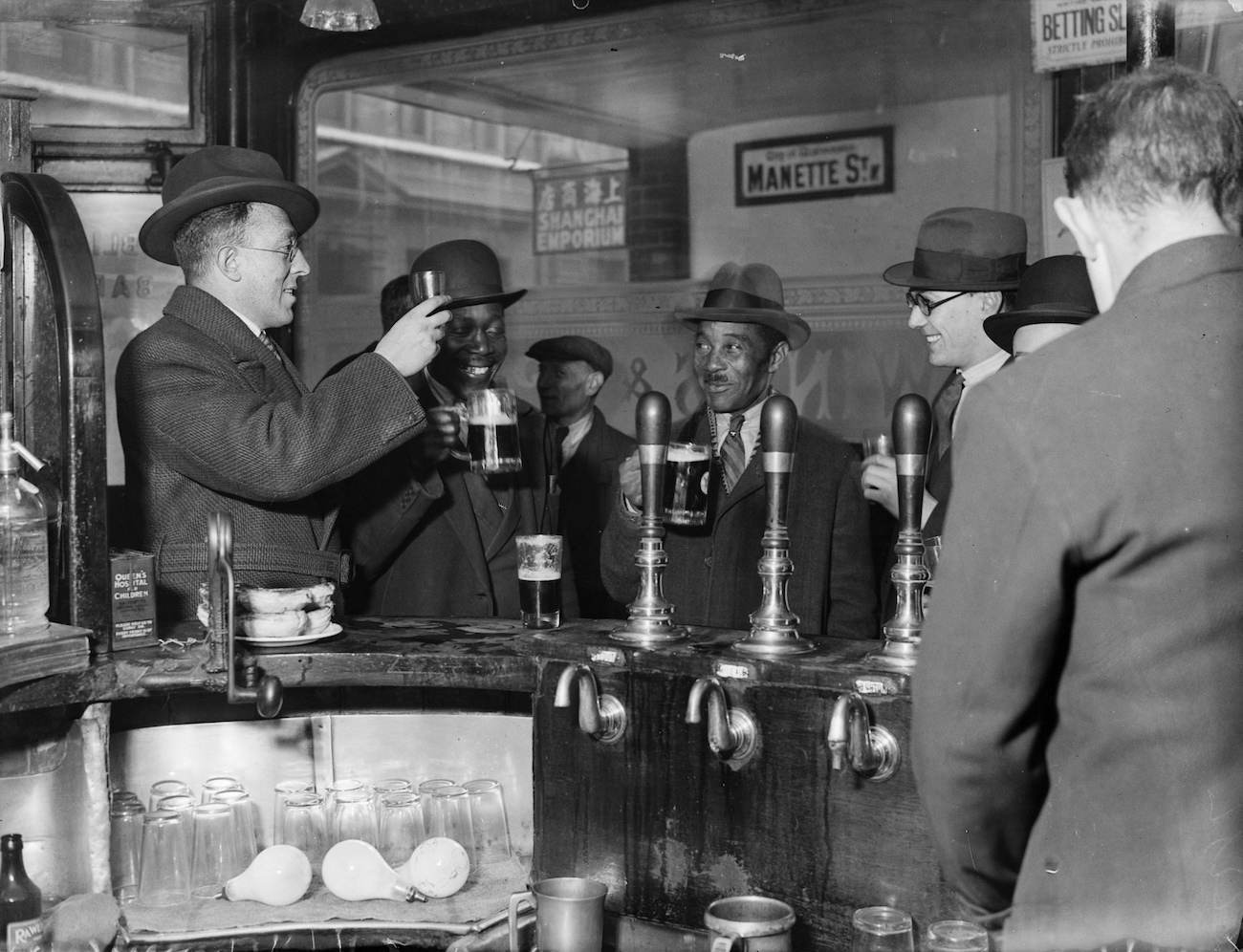 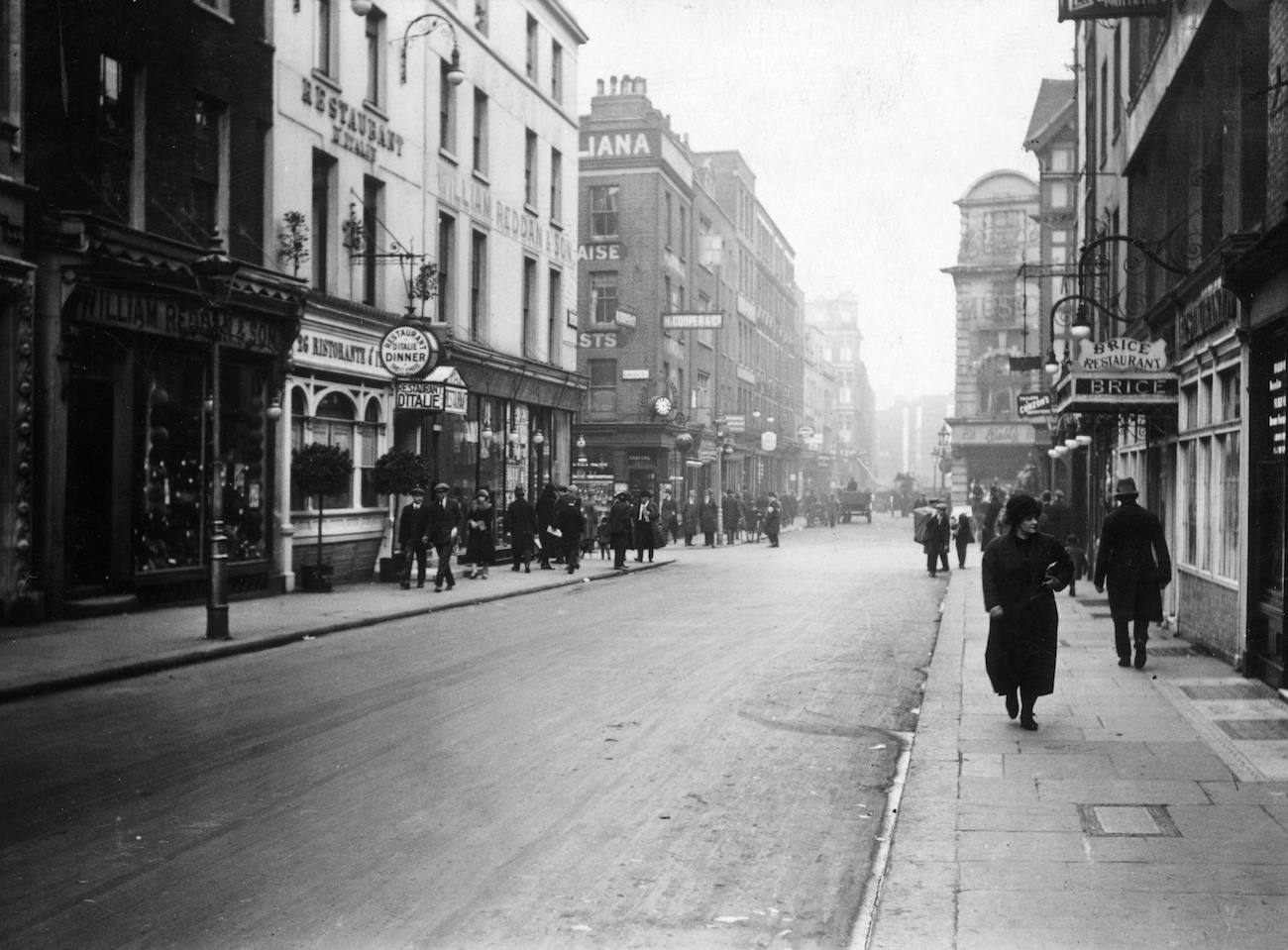