The Seventies were the heyday of martial arts in pop culture.  It was everywhere you looked: Bruce Lee was larger than life, “Kung Fu Fighting” was on the radio, Hong Kong Phooey on Saturday Morning, David Carradine in the evening, and tons of Kung Fu masters serving up cans of whoopass on the big screen.  There was even a zombie karate film…… need I say more?

But our obsession with martial arts didn’t end with the Seventies.  The Karate Kid was a massive 80s hit, and Kung Fu Theater played on weekend afternoons throughout the decade.  A personal TV favorite was The Master, with Lee Van Cleef as a ninja. Indeed, we could list examples of martial arts in pop culture all day, but let’s focus instead on one media in particular: magazines.  Here are 12 action-packed, karate-chopping, roundhouse-kicking covers for your viewing pleasure. 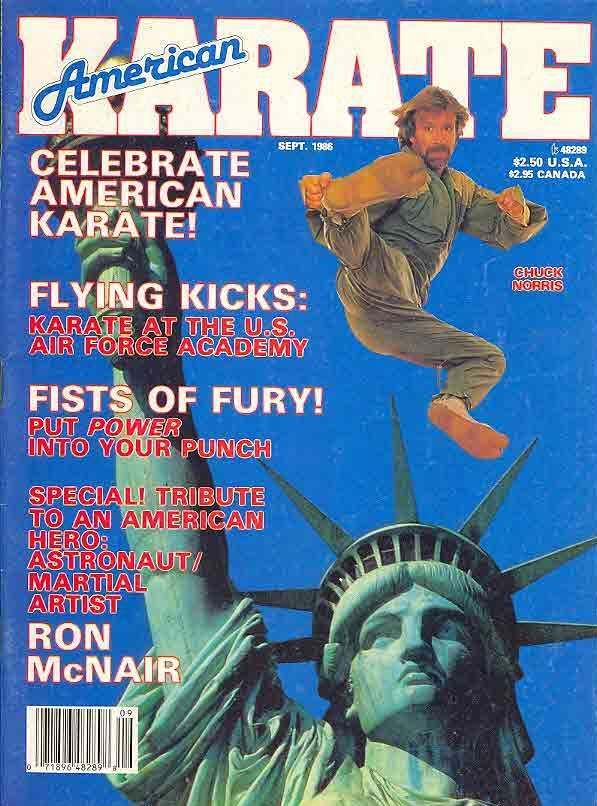 This may be the most American magazine cover of all time.  My advice to any upcoming presidential candidate: do your campaigning in front of a giant photograph of Chuck Norris delivering a flying kick over the Statue of Liberty – you victory is guaranteed. 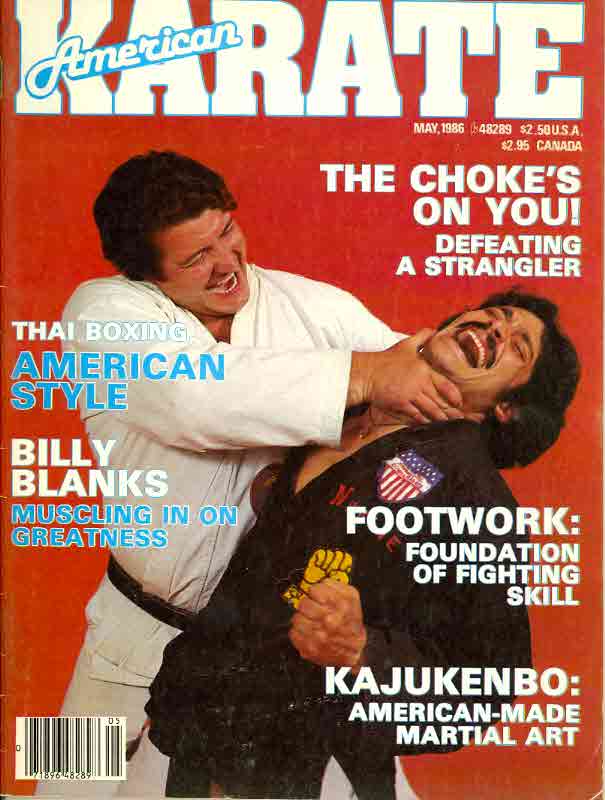 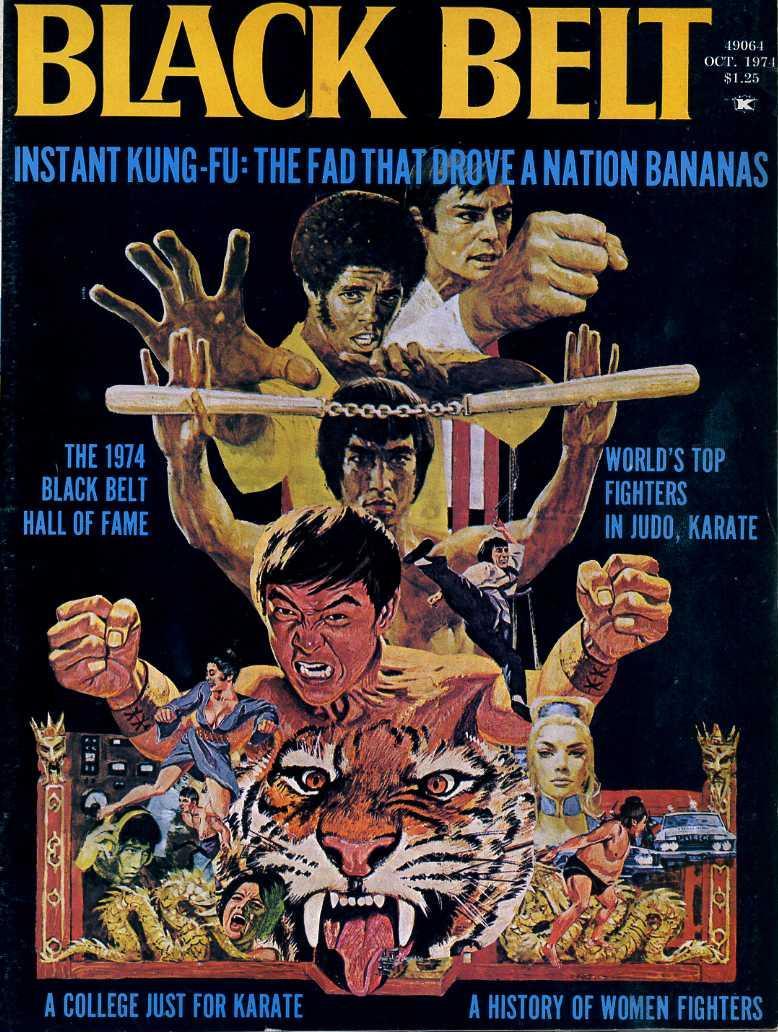 If anyone questions whether the martial arts are the art of kicking ass, show them this picture. 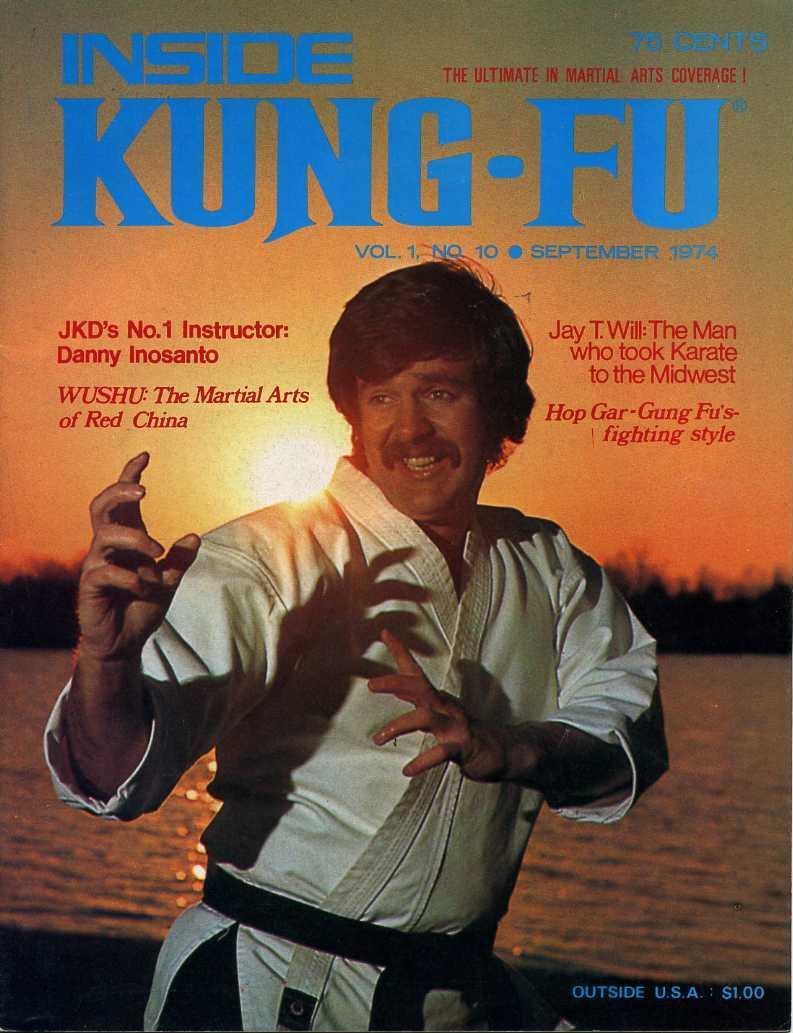 Worst Kung-Fu facial expression ever.  A combination of “please don’t hurt me” and “I’ve got to squeeze one out”. But the thick manly mustache makes it all better. 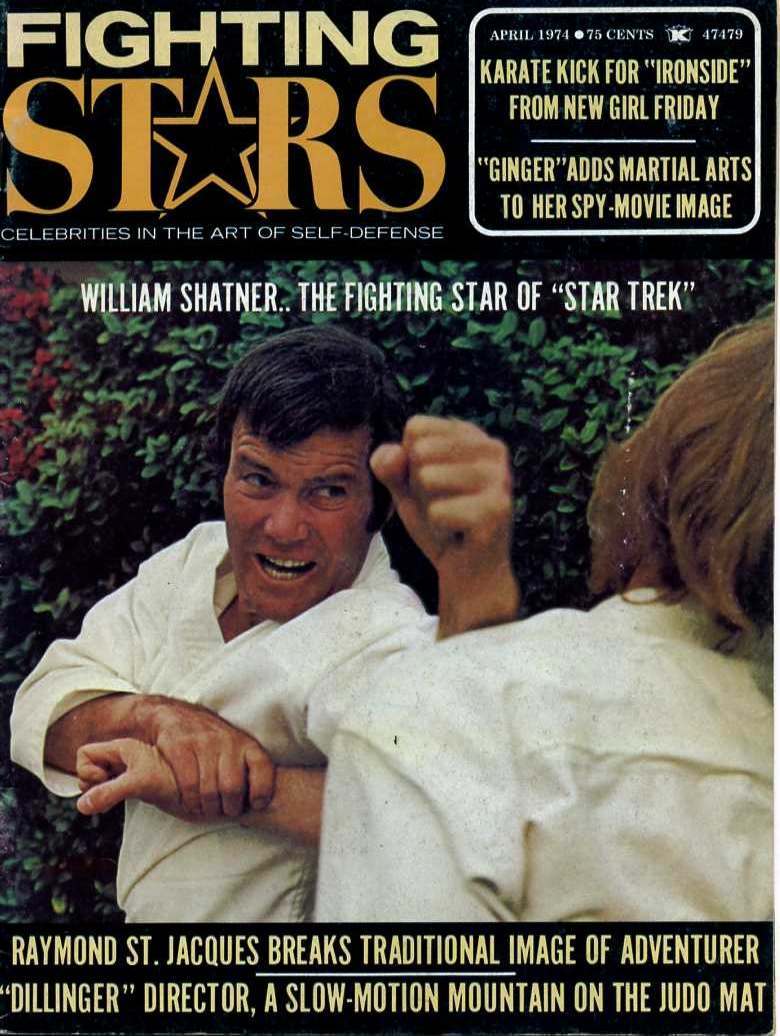 As if you needed any further proof that Shat is a complete badass. 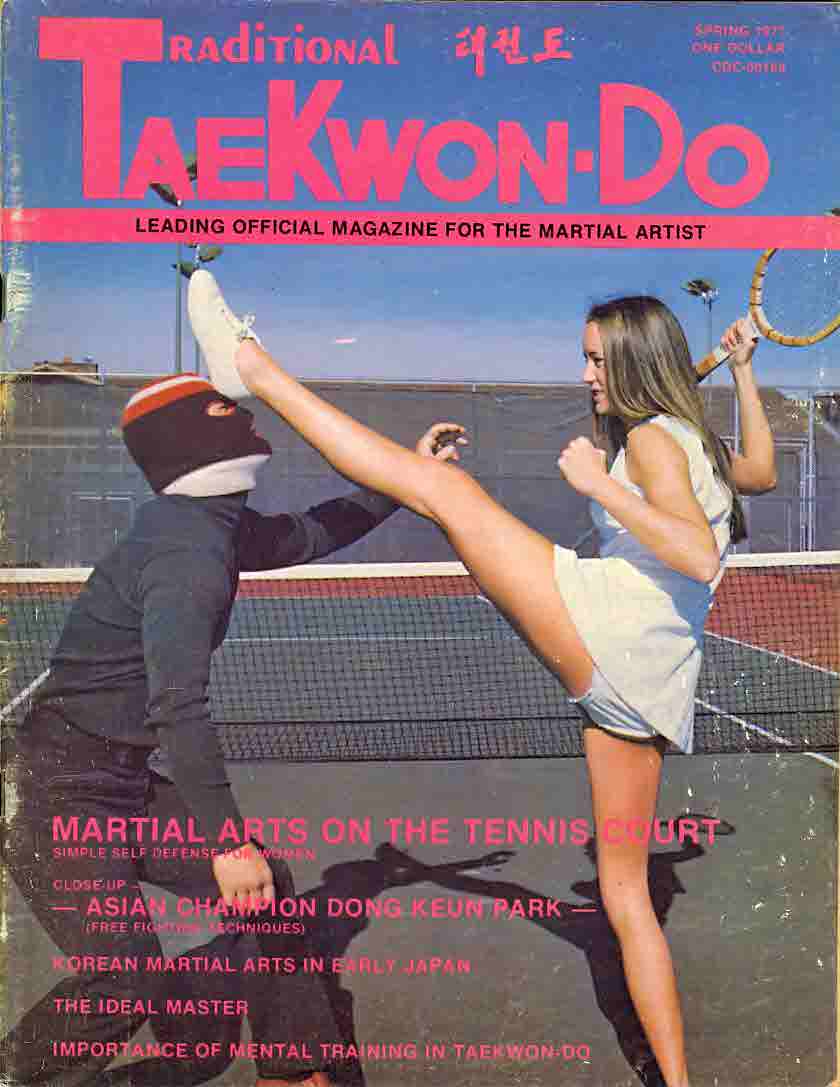 I wonder if she should have just whacked him with that wooden racket… but then the tennis panties wouldn’t have made it to the cover. 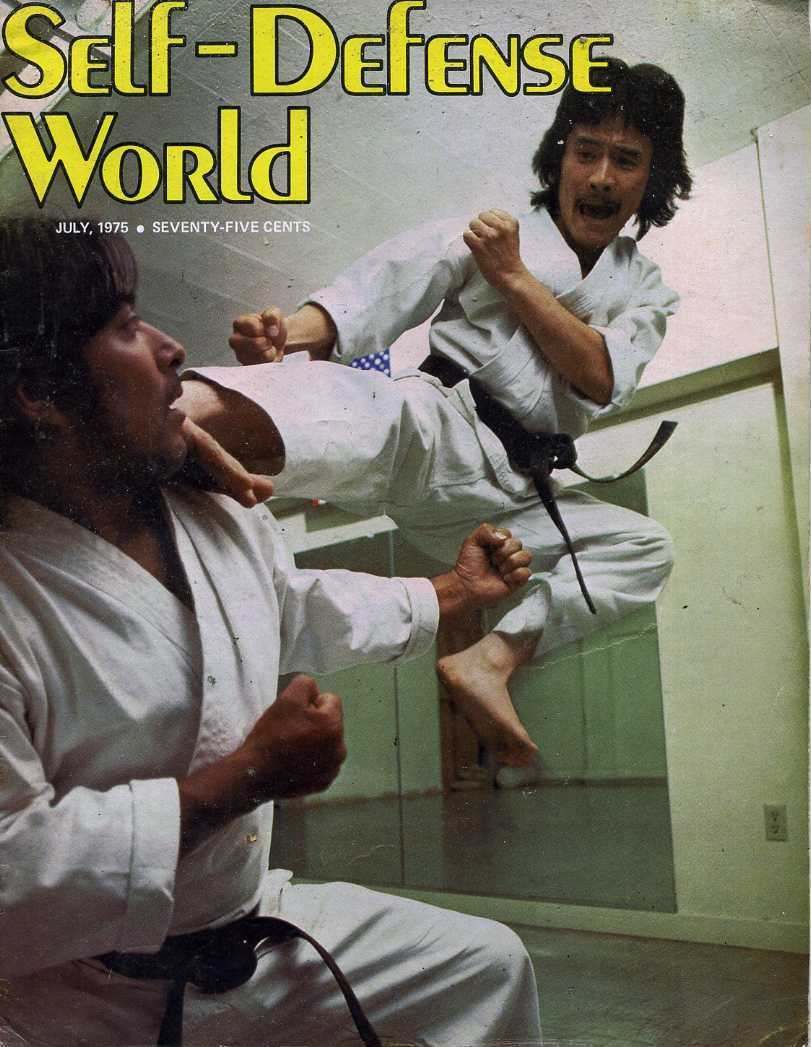 At first, the guy delivering the flying kick would appear to have it won…. but take a closer look.   He’s left his balls wide open to a rather painful strike on the way down.  That painful grimace these karate masters know so well will be coming in handy in a moment. 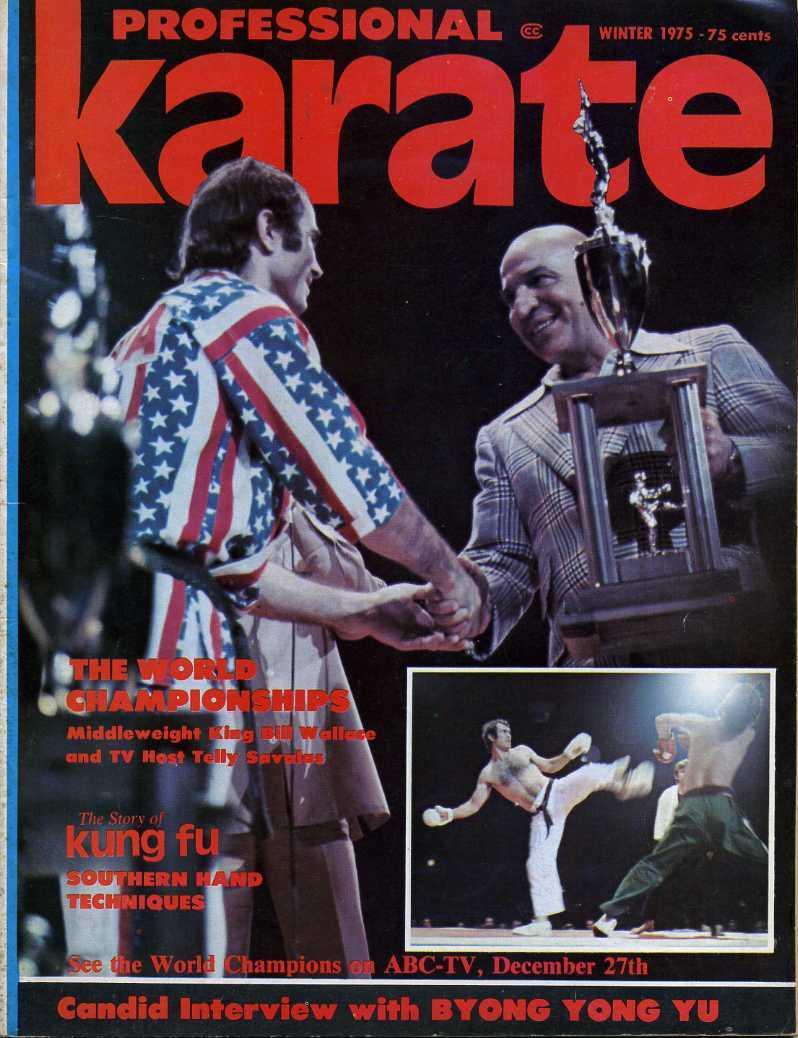 When you learn karate, Kojak will give you trophies.  If your karate gear looks like Evel Knievel’s bathrobe, even better. 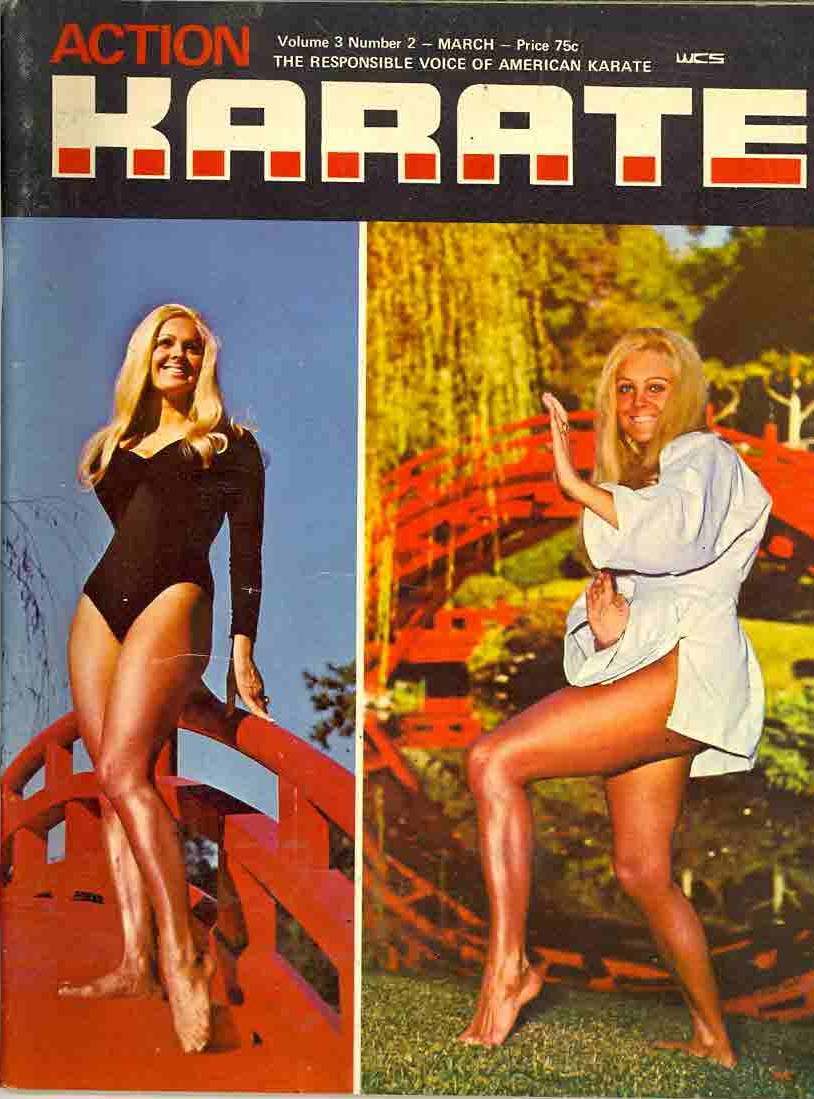 Ummmm…. Sorry to state the obvious, but Karate Girl on the right isn’t wearing any pants. 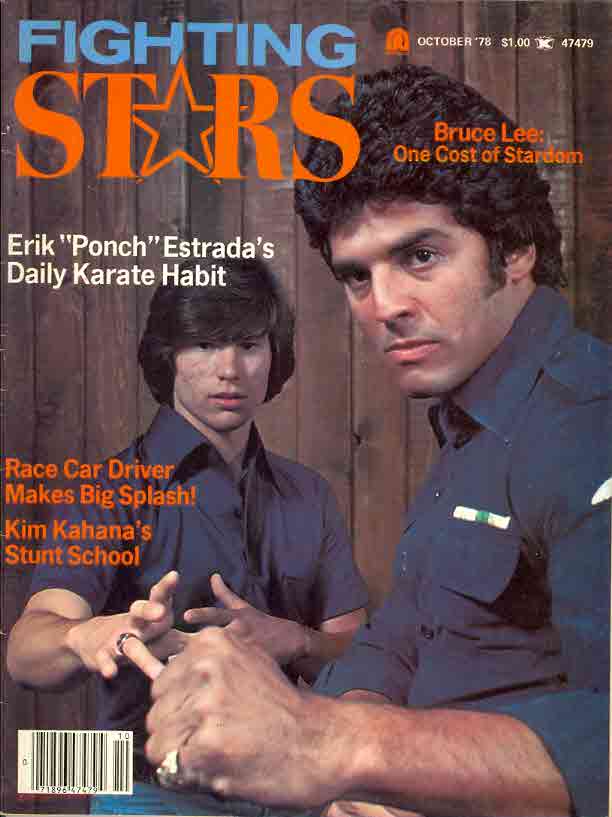 Erik Estrada had to put his karate to use fighting off disgruntled customers he scammed with his fake real estate scam a few years back.  Don’t recall?  Those in the States will recall his shady infomercials which played the night away during the real estate bubble… 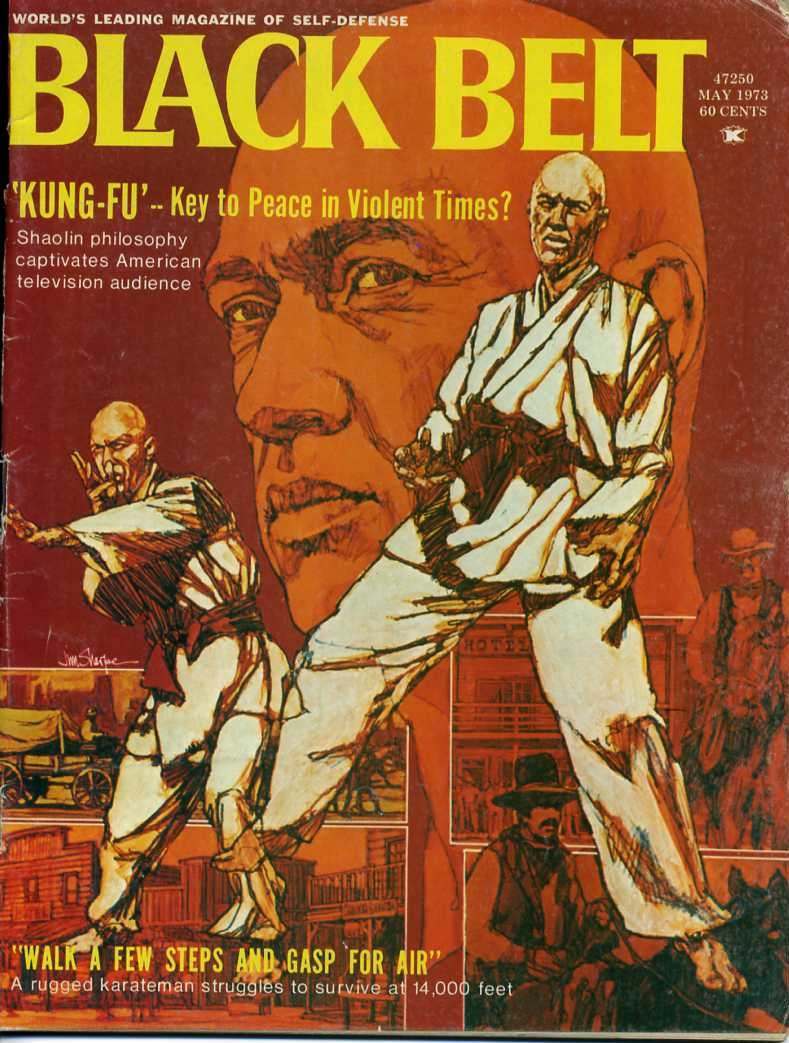 Sounds reasonable. Kick some ass for peace. I think that’s the US military doctrine in a nutshell. 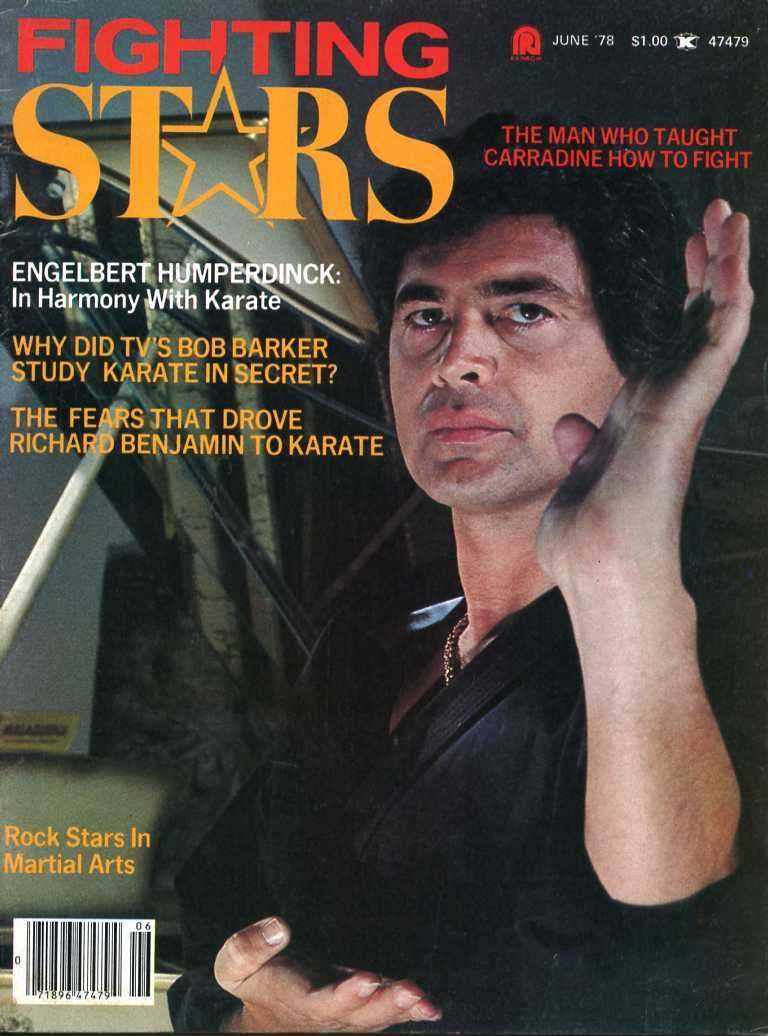