IN 1947, a flying car –a propellor-driven automobile that flies– took its first test in Rome, Italy. While cruising down the road, the vehicle’s wings stay folded and when its ready to soar, the “driver/pilot” stops and unfolds them. This newsreel by British Pathé, titled “The Flying Car”, shows this two-passenger hybrid vehicle in action, both on land and in the sky. 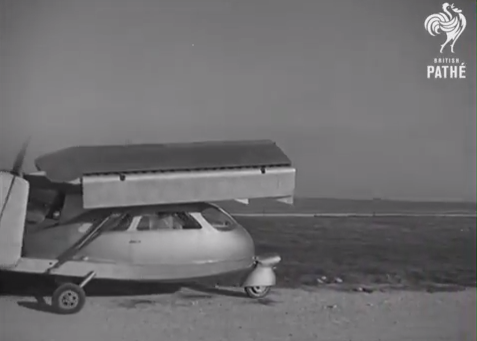 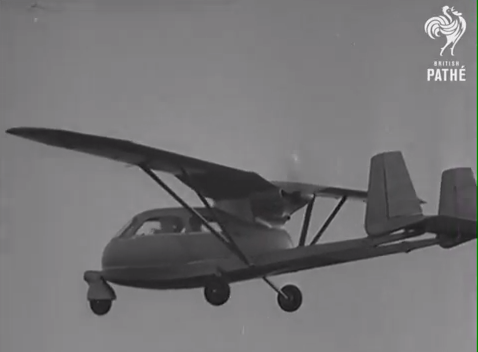 and in the air.