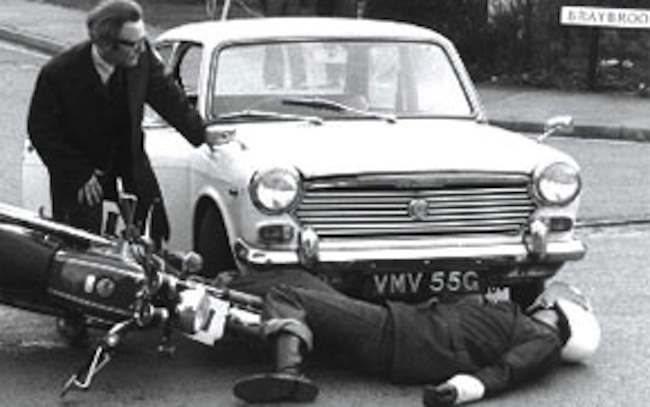 THERE’S nothing funny or trivial about bowel cancer. Or rather, there shouldn’t be. Which makes the current bowel cancer awareness campaign rather odd.

It is presumably aimed at adults, since this demographic features exclusively in the current radio ads. Yet the gratingly condescending tone of the campaign is more suited to under-fives, with its “caring” nursery school narration and its constant references to faeces as “poo”.

Then there are the voices, which sound as if they are starring in a 1970s sitcom instead of a life-saving bulletin.

A series of people describe their “poo” in a tone that brings to mind the sparkling conversation at Gillian McKeith’s dinner parties. The last of these, with the glum air of jaded comedian trotting out a tired catchphrase, announces that ‘It’s all… bloody.’

Pathos is the aim, but bathos, sadly, is the result.

Where did this infantalising and frankly patronising attitude come from? They would never have got away with this in the 1950s, when chaps wore grown-up hats, and were treated as mature men of the world. Anyone talking down to those fellas would have got short shrift, that’s for sure.

But wait. What’s this?

It’s 1948, and there is an impending health crisis. Thousands of people are being admitted to hospital after misguidedly drinking bowls of disinfectant. It turns out that our forefathers weren’t so clever after all. In fact they were blithering idiots with the minds of slow-witted four-year-olds. And when you’re talking to people like that, you must do it in the only language they understand…

Now, I’m going to show you three things and you!ve got to tell me what you do with them.

Number one. A pint of…

Well you seem to know what to do with that one all right.

Now, number three. A bowl of disinfectant. Hey! You don’t drink it man! That’s for the soiled handkerchief which is full of germs. You put the handkerchief into the disinfectant, which kills the germs and so stops the spread of infection.

Of course, the trouble with these idiots like this is that once you have stopped them poisoning themselves, they get all kinds of ridiculous ideas about travelling abroad. And instead of stocking up on disinfected handkerchiefs, they stuff their stupid pockets with pound notes instead. Something has to be done to stop them. And fast…

In 1959, new faces were arriving in Britain. Foreign ones. And it goes without saying that they knew absolutely nothing about anything. Simple films were needed to explain simple things. Like how to catch a bus…

Rationing was a rapidly fading memory in the 1960s, and Britons were turning their backs on the watery gruel that fuelled the war effort. Girls were becoming fat, and fat girls, as we know, “have to wear outsize dresses and are left on their own at dances”. Before you know it, they grew into fat breathless women like Mrs Brown, whose cake-guzzling regime was exposed to public ridicule in 1967…

By 1976, the game was up. The British people had proved too stupid to heed the warnings, and society was hurtling to hell in a handcart. A generation of obese sugar-crazed vandals were wreaking destruction on a scale that Hitler could only have dreamed of.

Woe betide anything nice – they just HAD TO SPOIL IT…

Why these neighbours were so concerned about a bit of vandalism is a mystery, given that another film the same year was warning of a rabies outbreak that would force them to abandon their beloved underpass to a pack of foaming-jawed canines.

In any case, the real danger lay much closer to home. An innocent rug, lying on a freshly polished floor, might not look dangerous at first sight. But as this harrowing film warns, you might as well set a man-trap.

You might be foolish. You might be reckless. You might be downright idiotic. But in the golden age of the Public Information Film, there was never the slightest danger that you would die of ignorance…