Andrew Bush takes photographs of people motoring along Los Angeles freeways. To create what he calls Vector Portraits, Bush drives along side with a camera attached to his passenger window.

Through his images we get to keep our cool and aloofness whilst peeping at the drivers and passengers shrouded in their private metal and chrome worlds long after they’ve past. We’re rubber necking after the fleeting event at each elegant, onward pressing stranger of interest, identified only by car, speed and road. These are moments of movement to savour. 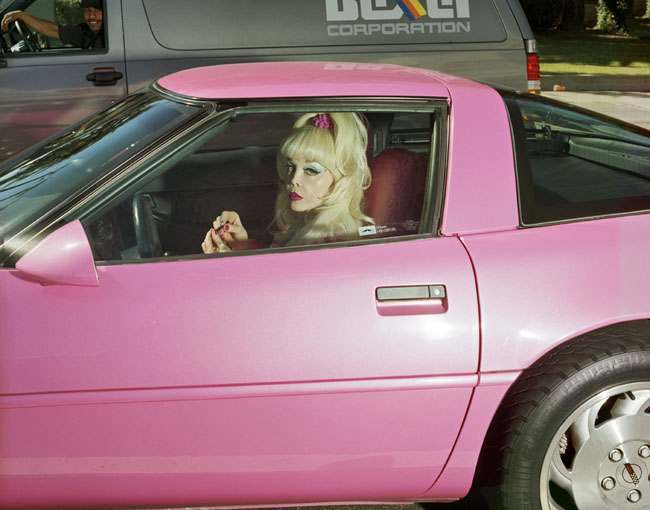 Woman waiting to proceed south at Sunset and Highland boulevards, Los Angeles, at approximately 11:59 a.m. one day in February 1997

Driving is as much about going out into the world and going from point A to B and getting the thing you want as it is about circulating one’s image and being seen. Even though our car shelters us like a room, it seems it is the speed we choose to drive and the direction we chose to go that really determine the space we own and the privacy we associate with driving. I was interested in moving at the same speed as the driver beside me as a way to look into their world, to show them motionless…

In cities like Los Angeles the urban environment is constructed around the car—we are in close proximity but mute to one another. Driving actually eliminates the possibility of public discourse and community—it is like walking around with headsets. Also, driving, speed, make it difficult to take in visual details. We might drive 30 miles on the freeway and reach our destination with only a few slivers of memory of who we passed or what we saw along the way. Maybe this is the result of habit as much as it is the need to drive safely and pay attention to what is ahead of us.

Man continuing east at 67 mph on Interstate 10 near Palms Boulevard in Los Angeles at 4:14 p.m. in February 1991
chromogenic print

Making photographs of people as they moved—as I was driving next to them, frequently at speeds of up to 75 mph—who were dangerously close, was every bit as much about portraiture and assigning narratives and identities to multiple anonymous encounters as it was about questioning the driving situation that structures our perceptions and ideas of privacy.

The act of making the photographs was a performance—as is everything done in public. Either before, during, or after the drivers were aware of being photographed. I used a flash which in the bright of day was perceived as no more than a glint of sun but was enough to “celebratize” the encounter. In many ways this was an attempt to connect to those with whom it seemed impossible to connect. There were silent negotiations or imposed agreements, or a chase—sometimes by me, sometimes by the other driver which didn’t always eliminate the possibility of a misunderstanding. 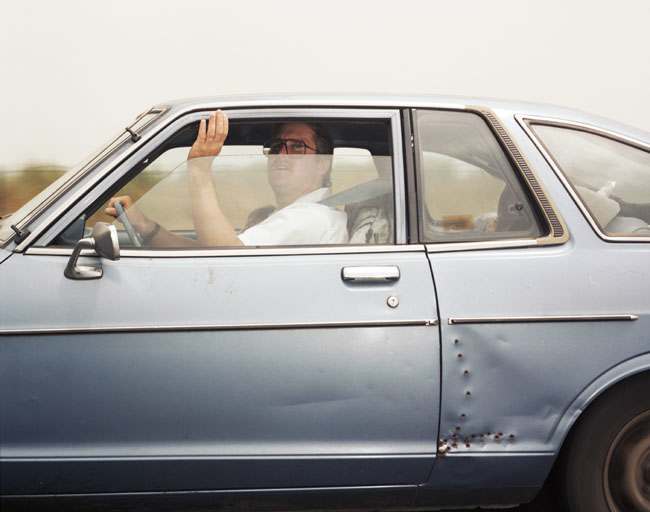 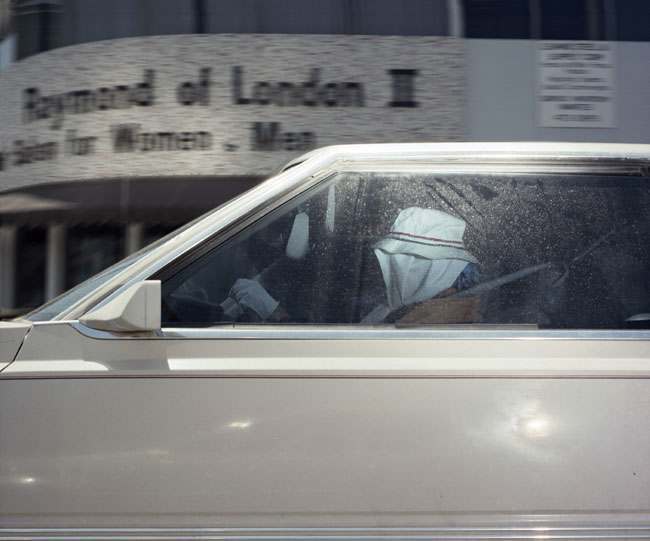 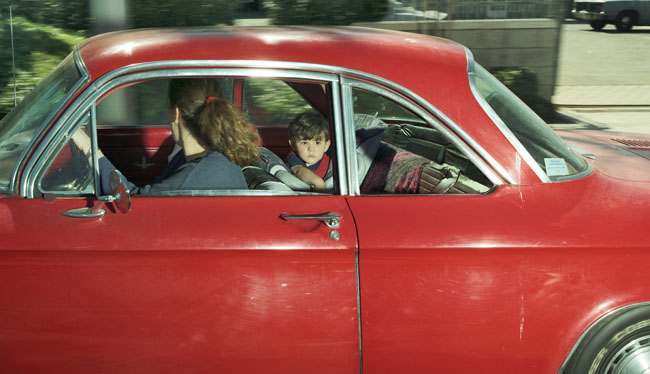 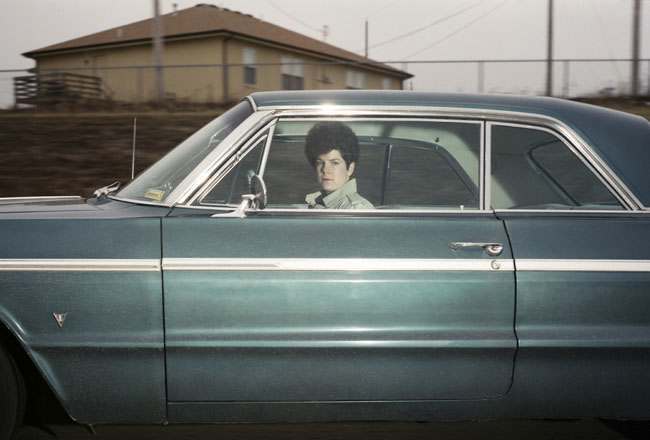 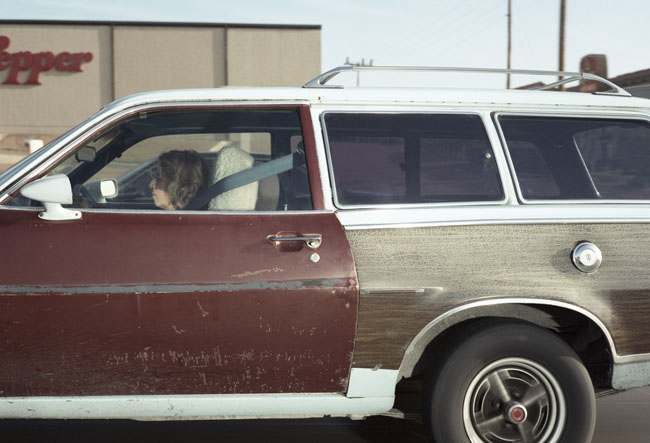 Person traveling north at 62 mph near Sherman Oaks, California, on a Tuesday in 1990 (this may instead be Phoenix or St. Louis) 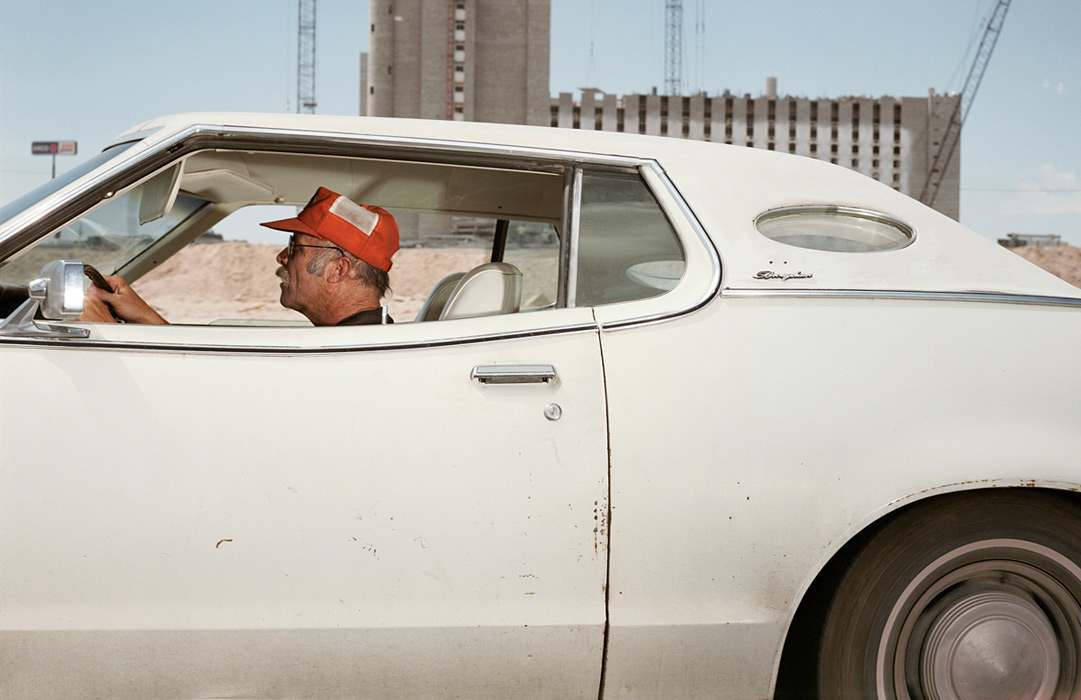 Man driving west at 23 mph down a yet-to-be-named dirt road, around lunchtime, during a construction boom in Las Vegas in June of 1989 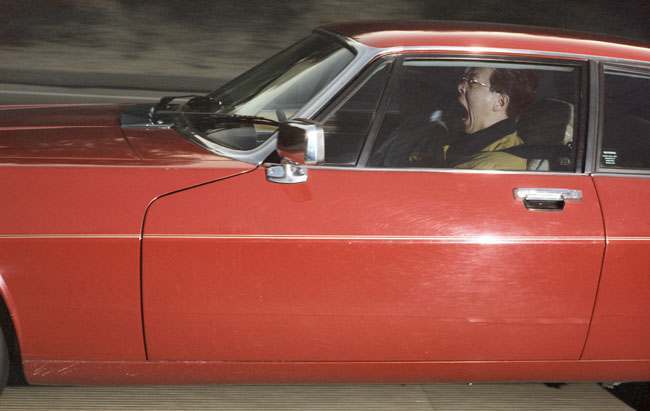 Man traveling 73 mph toward an overpass on a Tuesday morning outside of Portola Valley, California, on an afternoon in March 1992 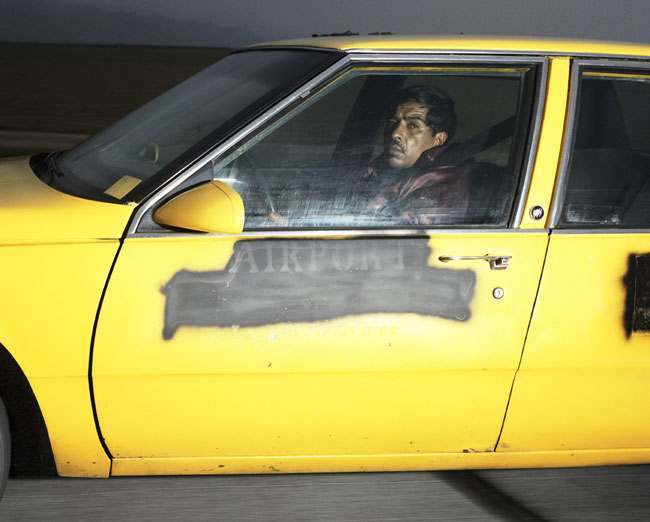 Man heading south at 73 mph on Interstate 5 near Buttonwillow Drive outside of Bakersfield, California, at 5:36 p.m. on a Tuesday in March 1992 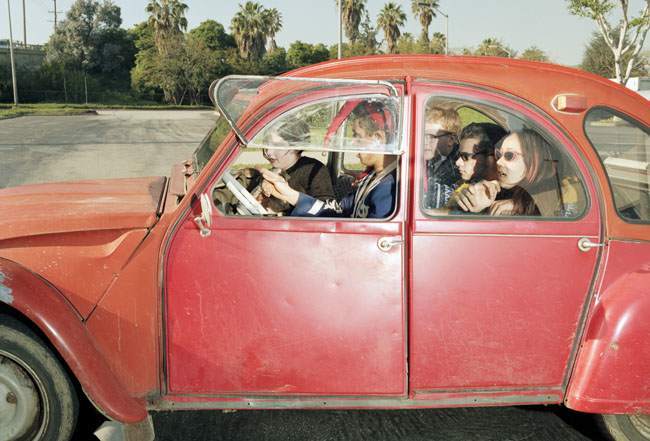 High school students facing north at 0 mph on Sepulveda Boulevard in Westwood, California, at 3:01 p.m. on a Saturday in February 1997 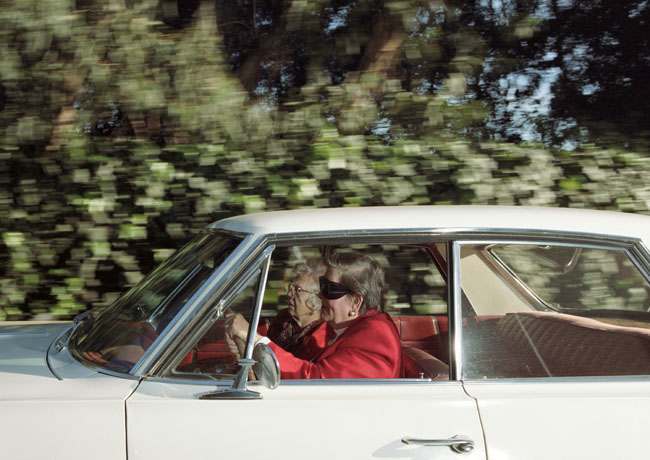 Women racing southwest at 41 mph along 26th Street near the Riviera Country Club, Pacific Palisades, California, at 1:14 p.m. on a Tuesday in February 1997 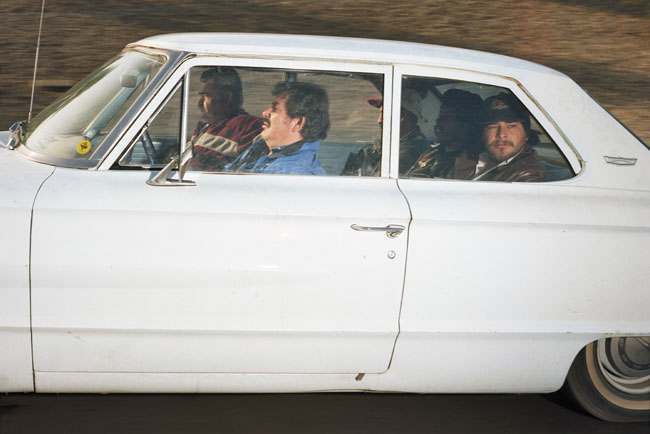 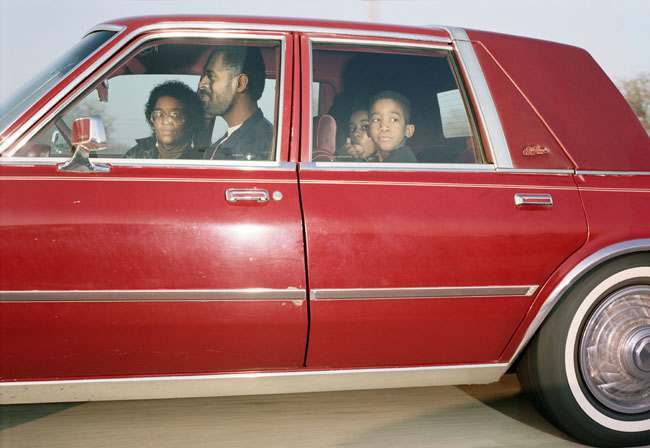 Family traveling northwest at 63 mph on Interstate 244 near Yale Avenue in Tulsa, Oklahoma, at approximately 4:15 p.m. on the last day of 1991 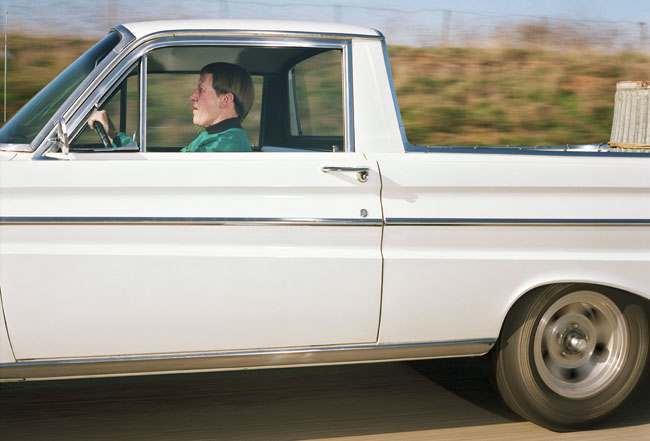 Woman going about her business at 62 mph on southbound Interstate 5 near San Diego at 9:38 a.m. on a Tuesday in February 1992 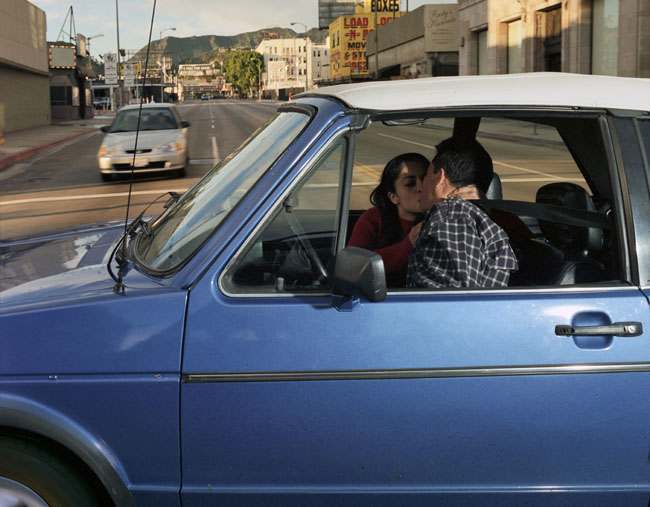 Man and woman passing through the intersection of Cahuenga and Hollywood boulevards, Hollywood, at 33 mph on February 14, 1997 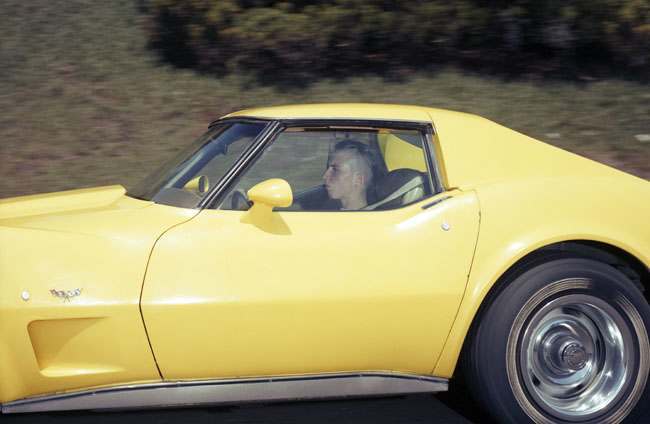 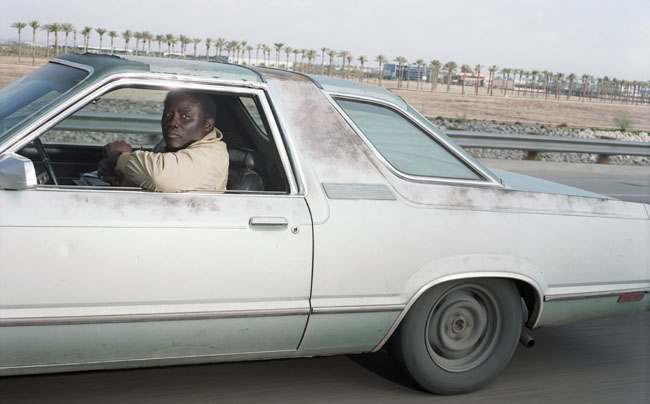 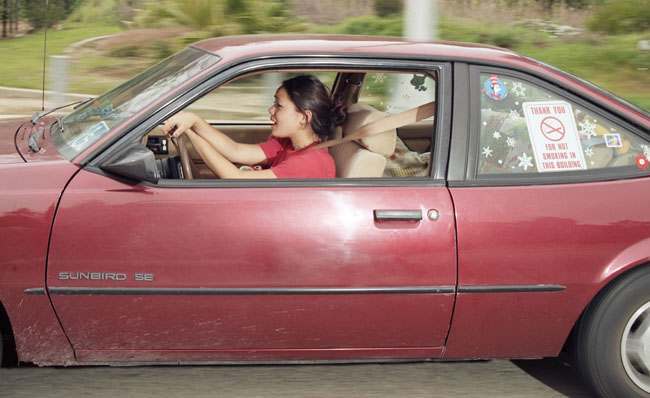 Woman meandering at differing speeds through various parts of Pacific Palisades, California, while singing, before noon on a weekend day in the early part of 1997 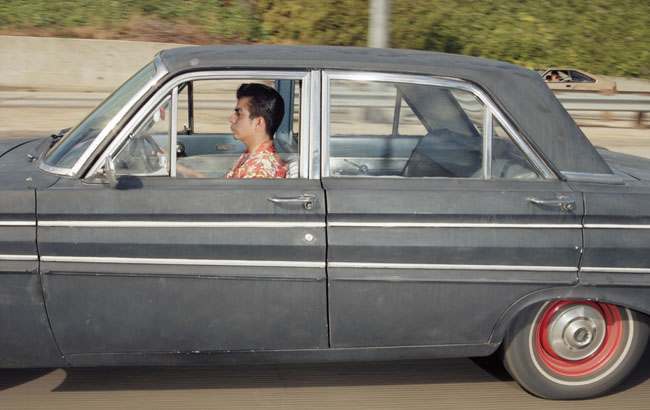 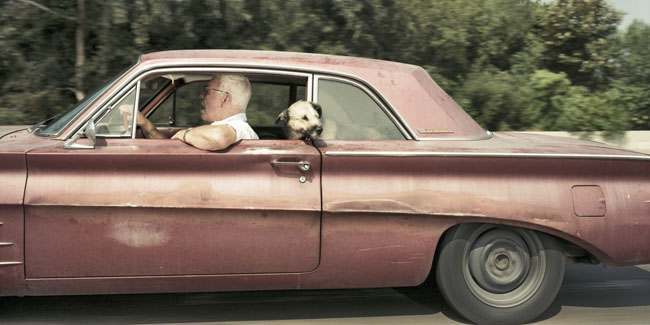 Man drifting near the shoulder at 61 mph on Interstate 405 around the Getty Drive exit at 4:01 p.m. on a Tuesday in September 1992 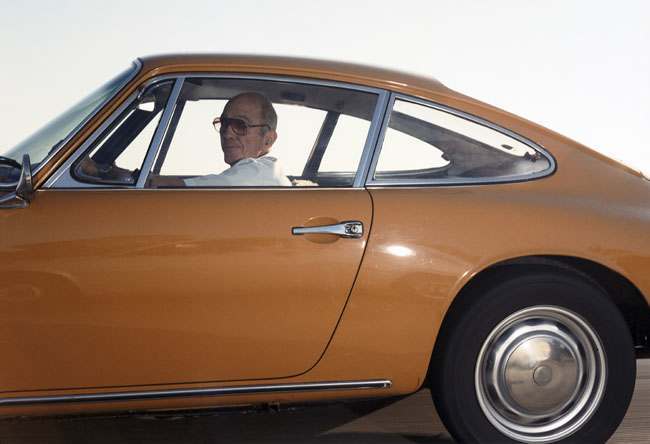 Man drifting northwest at approximately 68 mph on U.S. Route 101 somewhere near Camarillo, California, one evening in 1989 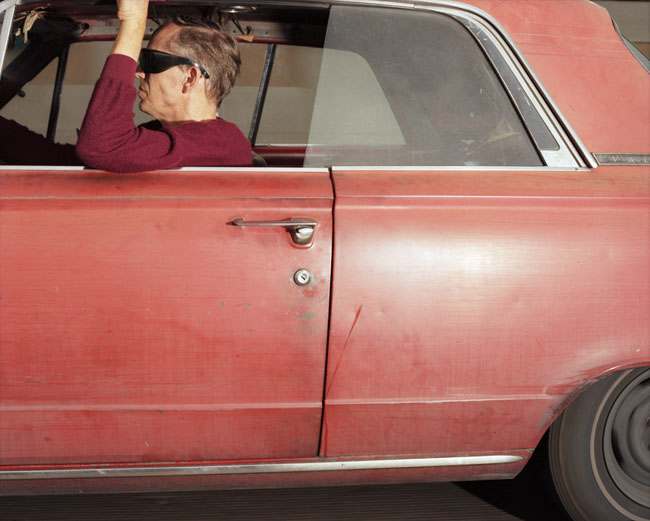 Man driving northwest at 60 mph on U.S. Route 101 in the vicinity of Hollywood on a late Sunday afternoon in March 1991 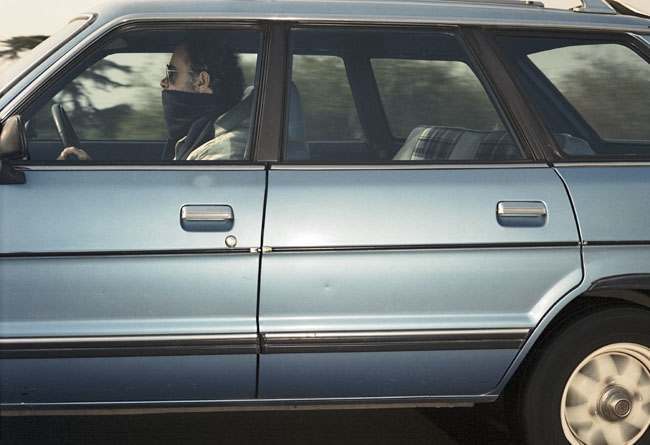 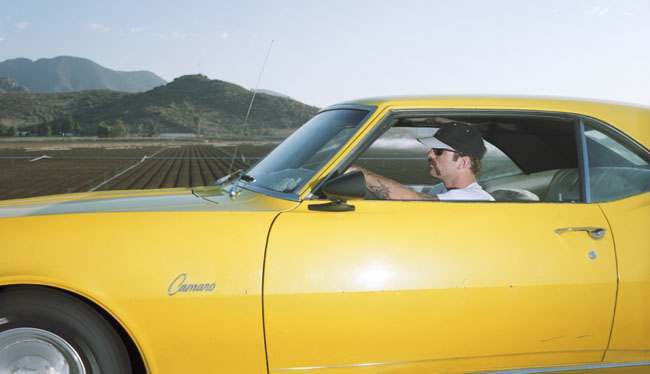 Man traveling southeast on U.S. Route 101 at approximately 71 mph somewhere around Camarillo, California, on a summer evening in 1994 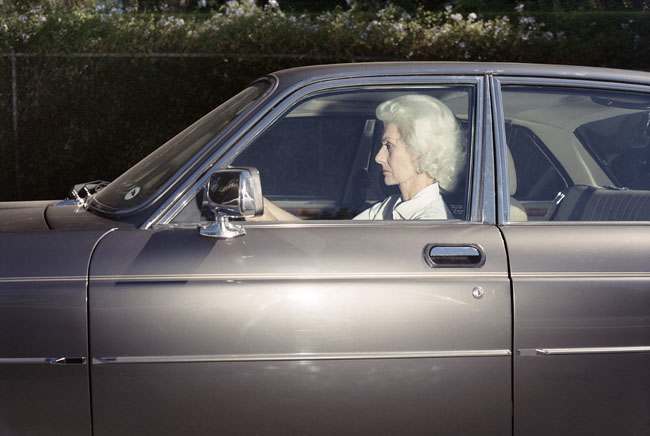 Woman caught in traffic while heading southwest on U.S. Route 101 near the Topanga Canyon Boulevard exit, Woodland Hills, California, at 5:38 in the summer of 1989

You can take home Andrew’s work in Drive. 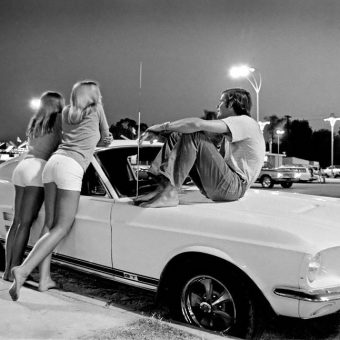